News & Politics / “We’re not leaving the UK, this is our home” 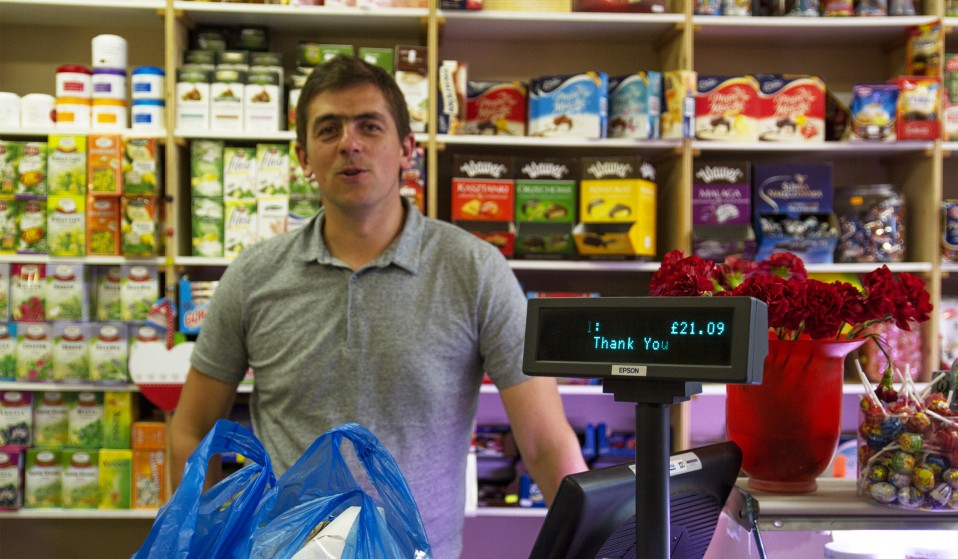 Amid a spike in post-Brexit attacks on minorities across the UK, we went to a Polish deli and witnessed Polish people’s defiant reaction to racist intimidation aimed at forcing them out.

Amid a spike in post-Brexit attacks on minorities across the UK, we went to a Polish deli and witnessed Polish people’s defiant reaction to racist intimidation aimed at forcing them out.

“After the referendum, I went outside and I just felt different,” Pavel Udod says. We’re talking in Aga Sklep, Pavel’s Polish grocery in Westcliff-on-Sea, Essex. Polish delis like Pavel’s have become one of the most visible signs of the rise in immigration from Eastern Europe that began in earnest when the EU expanded eastward in 2004. They’ve appeared on high streets up and down the country, supplying the UK’s Polish immigrant communities — and everyone else — with dried sausage, pickled delicacies and Polish bread.

The saying goes, if you want to find out what the English are thinking, you head to the pub. If you want to get a sense of what the Poles are feeling, you head to the Polski Sklep. So we’re here, talking with Pavel’s customers about how his community has been affected by Brexit. They’re determined not to be forced out of the country that they many have called home for decades and are eager to highlight their positive contribution to society. But they’re worried about the growing intolerance towards migrants, which is making them feel unwelcome – often for the first time.

As one of Britain’s most visible minority communities, it’s no surprise that Poles have been targeted in the wave of racist attacks sweeping the country since the UK voted to leave the EU last week. Police-funded hate-crime-reporting website True Vision has recorded a 57% increase between Thursday and Sunday, compared with the same period last month. There have been reports of people being stopped in the streets and told, “We voted Leave, it’s time for you to leave,” and Cambridgeshire Police are investigating laminated signs reading, “Leave the EU – no more Polish vermin” that were posted through doors in Huntingdon.

On Sunday, staff at the Polish Social and Cultural (POSK) centre in Hammersmith discovered xenophobic graffiti daubed across the front of their building in bright yellow paint. If the Polish community is under attack in areas like Hammersmith, which voted to remain by a 40-point margin, what’s the atmosphere in Westcliff, an area that voted firmly to leave? Westcliff borders Southend and is typical of many of the small towns that voted Leave: its high street has seen better days and its unemployment rate is just above the national average, while its immigration rate is 4% below. 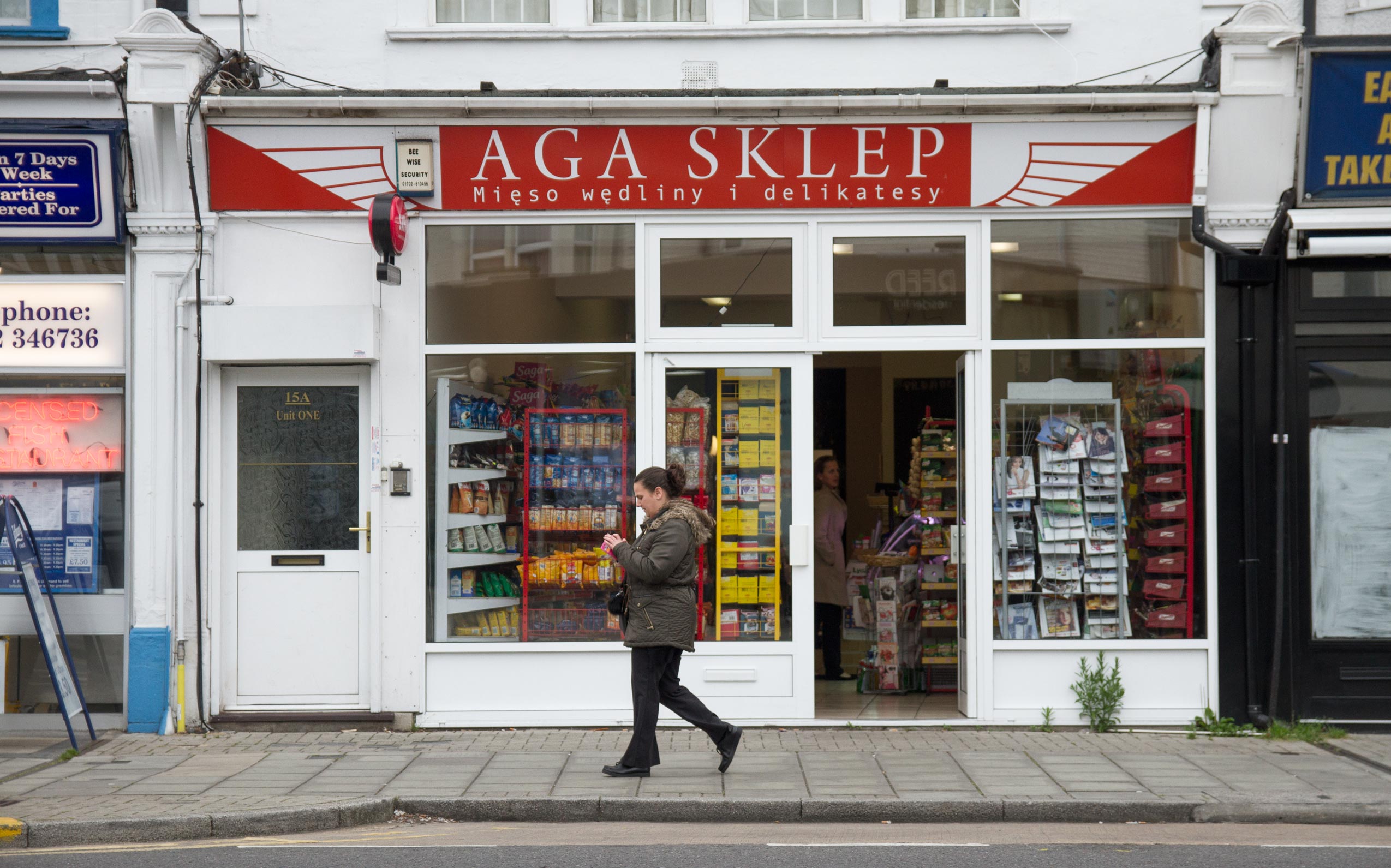 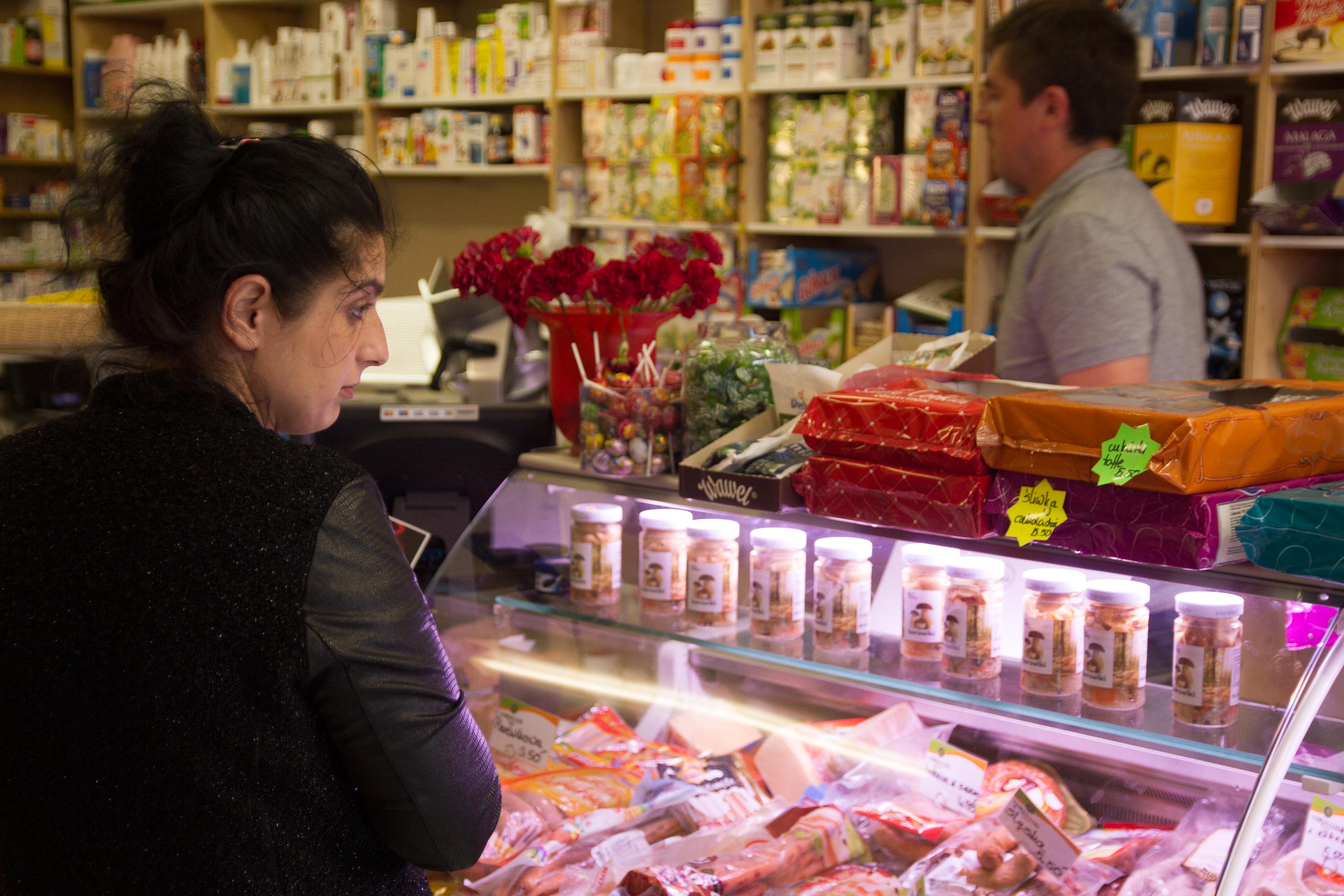 “I haven’t heard of any racist attacks in the area, but I will expect it to happen now because of this bloody aggressive Leave campaign,” Pavel laments. “A lot of people had it pushed on them that immigrants are bad. Children and teenagers, the younger generation, they hear that and they take it seriously.”

As we’re talking, in walks Bronislaw, 42, and his wife, Malgorzata, 39. Both have planted deep roots in England, with over 30 years in the country between them – and are exasperated by the Brexit vote. “My whole family is here,” Malgorzata says. “My brother killed himself in England four years ago. So, what? I must leave my brother buried here?” 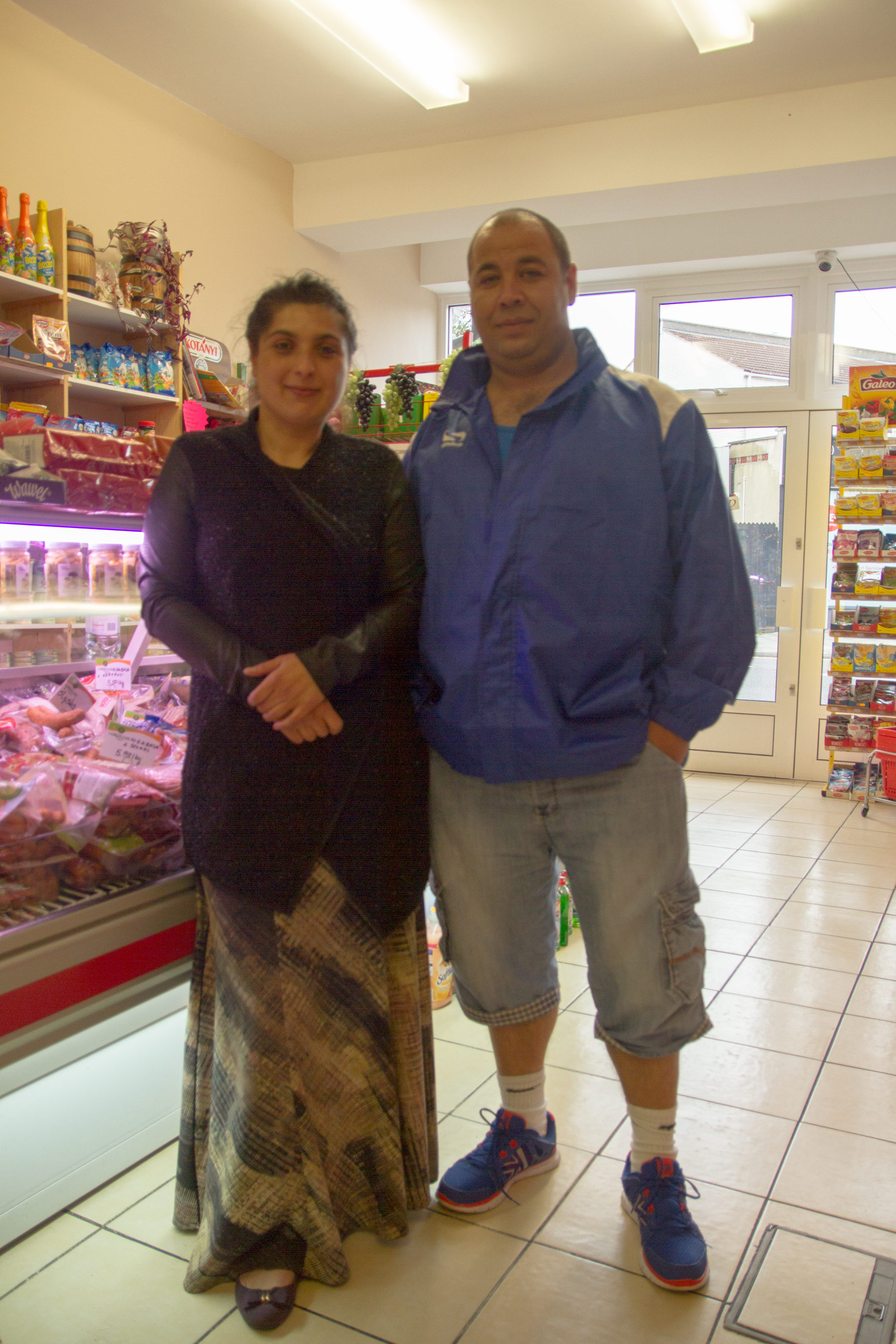 Like the rest of their extended family, Bronislaw and Malgorzata have raised their children to be British, without teaching them Polish. But that wasn’t enough to protect their niece from racist bullying at school. Days after the vote, an English classmate told her to “Fuck off to your country.”

Since the vote, they’ve felt people looking at them differently – but Bronislaw is stoic. “I’m a Polish gypsy, I’ve got trouble in Poland as well, with Polish people,” he says. “Everywhere I go, I have trouble. If I don’t fight, people will kill me. I need to watch out for my family.” 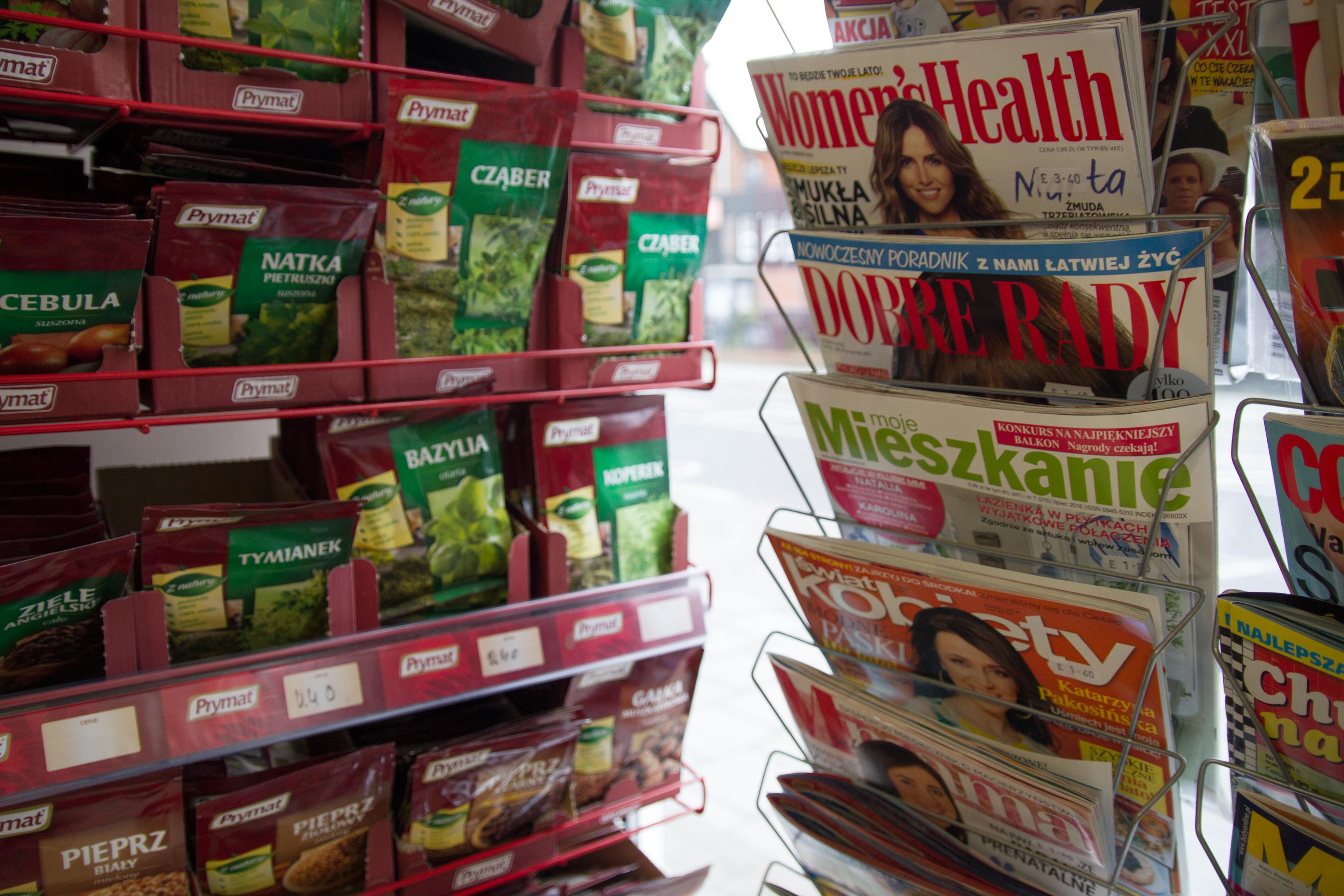 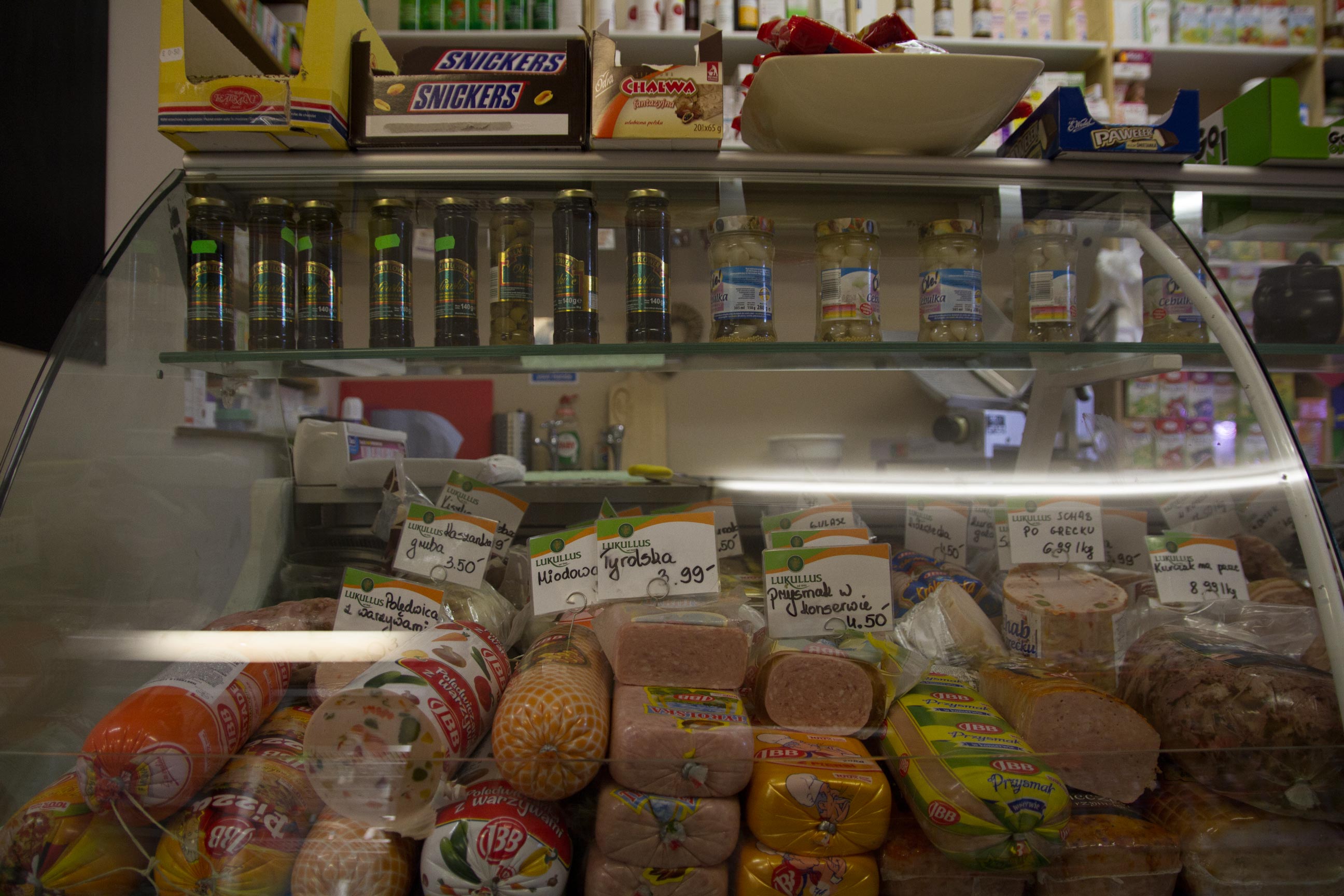 They’re not the only ones to feel a chill in the air. “I came for a three month university exchange and fell in love with this country,” says Izabela, 38. “[That love] hasn’t faded… I’m more disappointed. What changed between Thursday and Friday? We didn’t do anything. I’m shocked that one little vote can bring out so much anger and such negative reactions. I’ve lived in different places for the last 14 years, but this has changed things. Should I start being worried about going to work tomorrow in case somebody puts something nasty on my desk?” 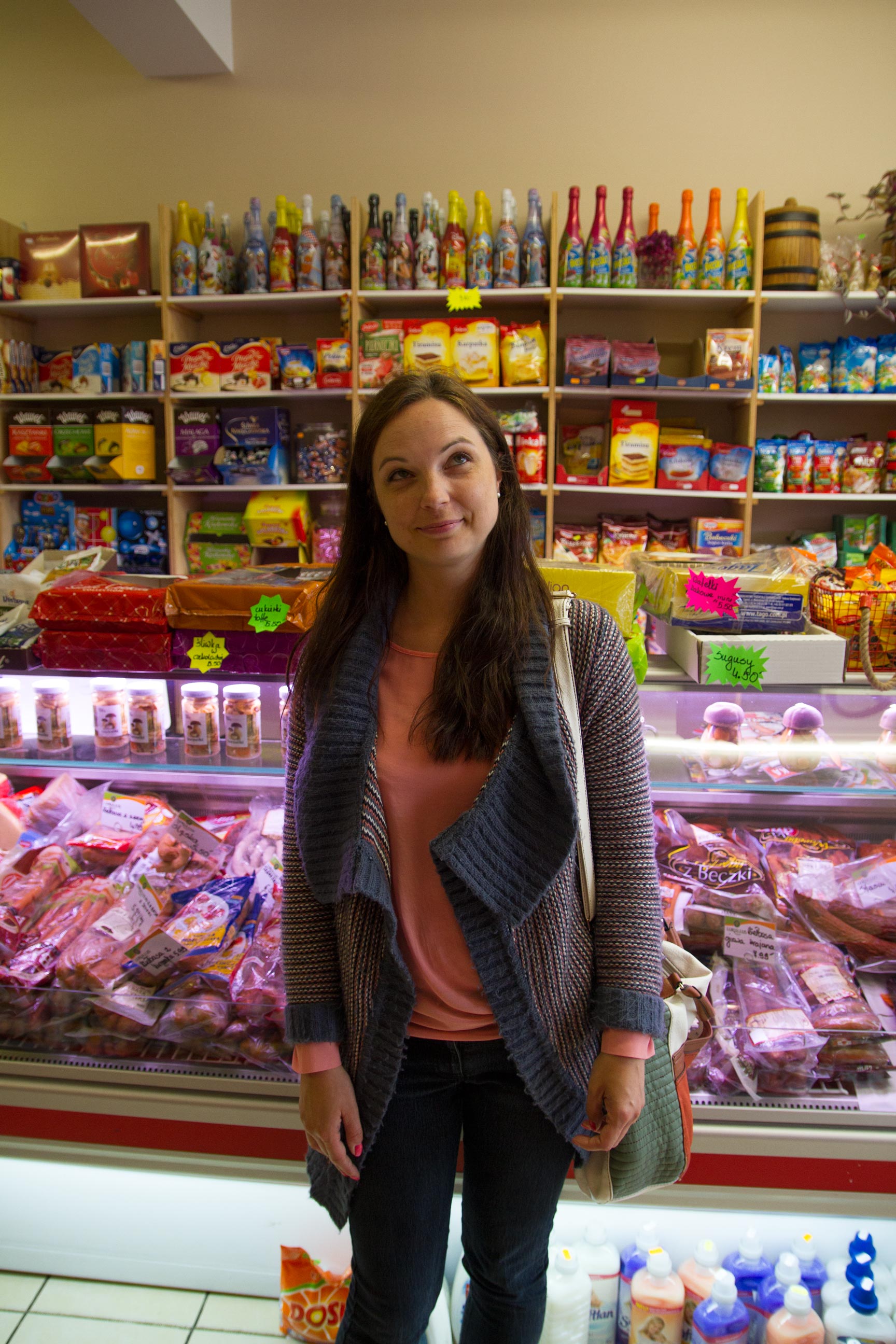 In the last few days, Pavel has noticed English grannies coming in to his shop for the first time, to purchase out of curiosity – but mainly out of guilt, he suspects. “It was just a little referendum, but the result makes you feel not welcome here any more,” he says. “I don’t think we’re going to go home, you know. But it puts borders in your mind.”

Pavel, 35, came to the UK from Lithuania in 2006 after a friend told him about the life he had built here. He picked up all kinds of agency work, from construction to agriculture, before moonlighting at a factory to support the Lithuanian deli he opened in 2009. In 2012, he opened Aga Sklep to cater to the growing Polish community and now runs two smart and inviting shops full time with his Lithuanian wife. Like everyone else who walks through the shop’s doors, Pavel has worked extremely hard to build what he has – and is frustrated that contributions like his have not been recognised by those who voted Leave. 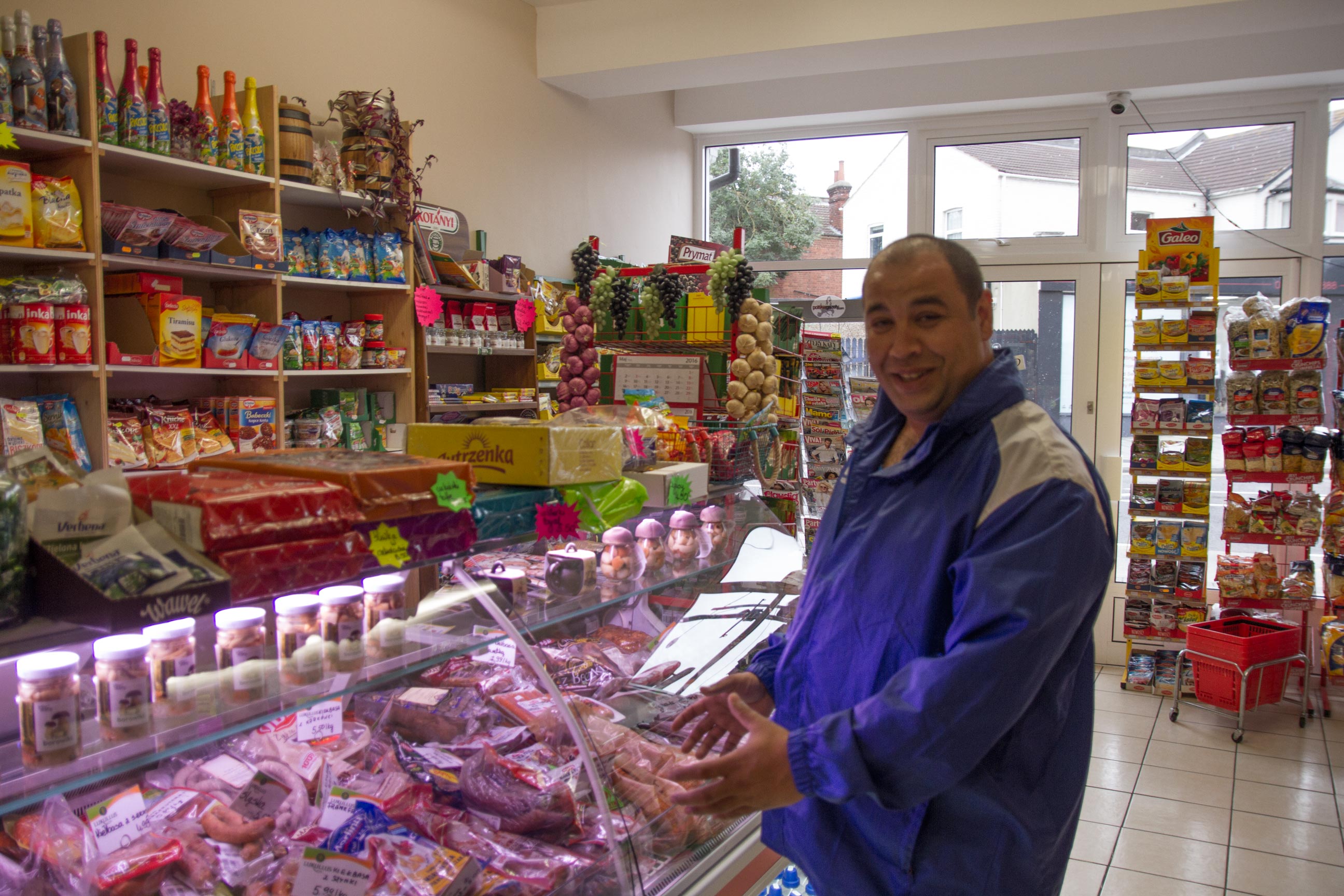 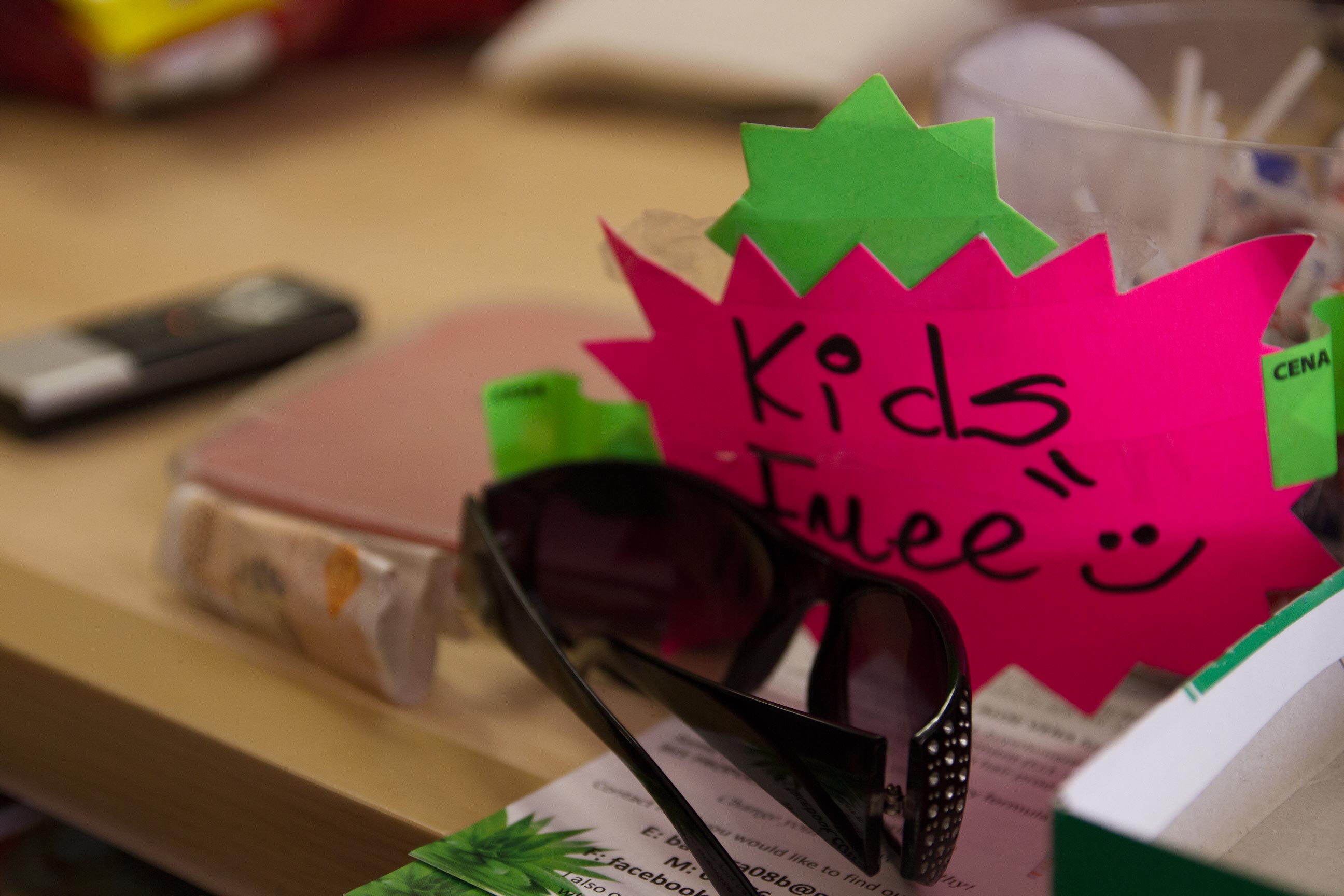 His business relies on free trade with the EU, but he’s a passionate supporter of the European project because he loves the freedom to live, work and travel wherever he likes. Raised in multicultural Vilnius, with Ukranian and Belorussian heritage, and educated in a Russian school, he remembers struggling with his identity until he found a label that made sense to him: European.

“It’s so good to be free, to go to France whenever you feel like it,” he explains. “People who said Europe is failing really pissed me off. They say it’s a dictatorship, there’s no democracy. Of course the EU isn’t perfect, but I think it’s the best democracy there is. It’s not like America or Russia, who export their ideas through power and weapons – we just do what we do.”

Everyone who shared their thoughts felt deeply connected to Britain and nobody had seriously considered leaving, but they thought the Polish community was unlikely to grow any more. Although many were worried about the future and the huge uncertainties thrown up by Brexit, they pointed out that it would cost British people dear too – as the fall of the Pound to a 31-year low suggests.

“I’m worried people will tell me to go back to my country,” says Alicja, 18, with a strong Essex accent. “I’ve been here seven years, what am I supposed to do now? I have everything here, I’ve got school and I’ll be going to uni soon.” 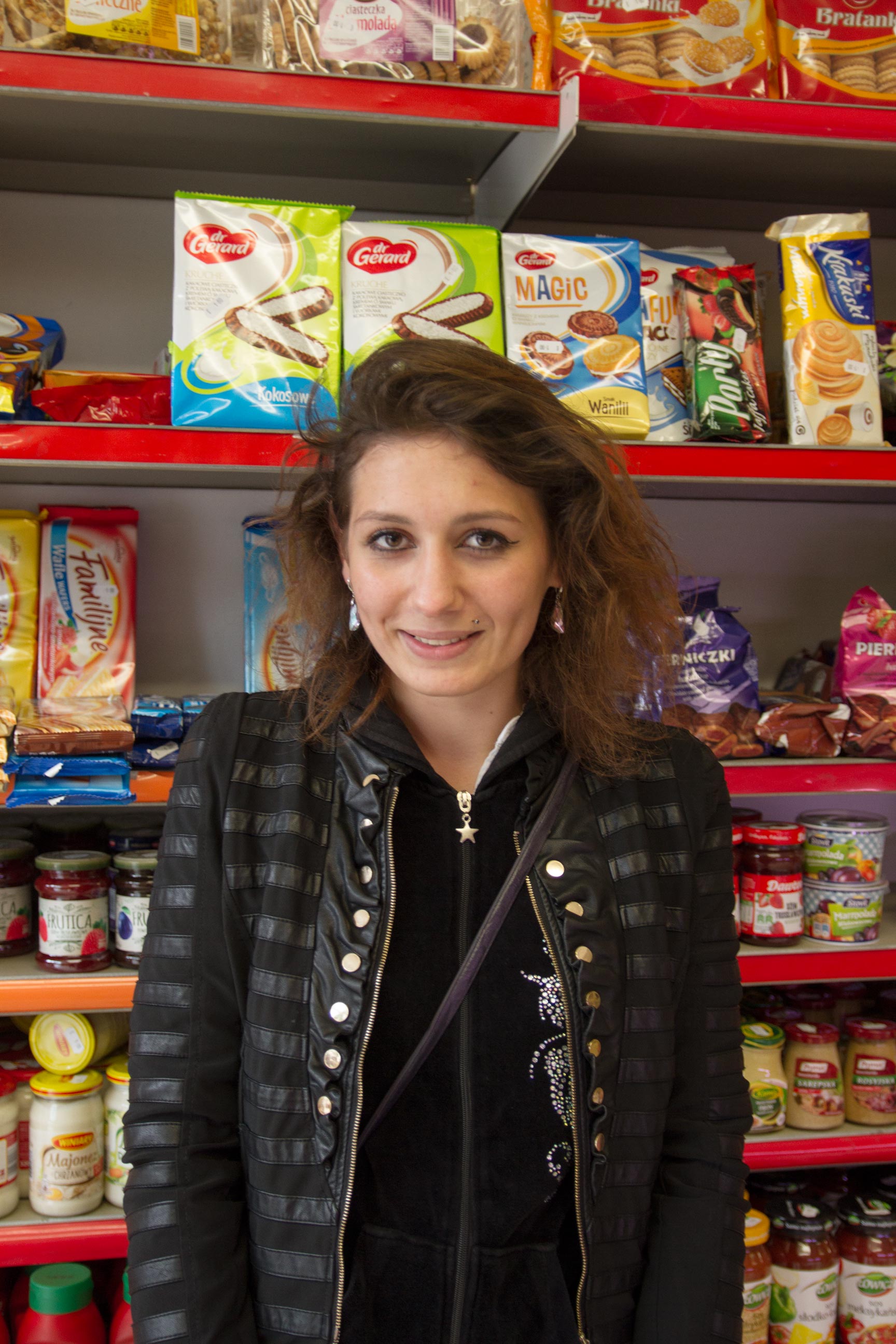 “It’s going to be really hard for Britain,” she continues. “All the Leave campaign’s promises, like the £350m for the NHS, they’ve already been broken. People are going to lose their jobs and there’s going to be less money for everyone. Britain doesn’t make anything anymore, it gets everything from elsewhere. It’s going to become a small, poor country.”

As Alicja vents, Pavel pops up from behind the meat counter, brandishing a large dried sausage. “We’re not going to starve, you know,” he says, grinning. “It’s not the end of life. We somehow have to find opportunities in this situation. It will be tough, but who knows, every end will bring another beginning.”

Reddit
RELATED ARTICLES
OTHER ARTICLES
After a prolonged period of isolation, therapy and introspection, the French singer and actress returns with her hotly anticipated third album.
The demonisation of the shark may be rooted in centuries of irrational fear, but the threat it poses to the species is real.
The US author reflects on the success of her genre-bending queer gothic memoir, In The Dreamhouse.
With Native American history almost entirely excluded from the US curriculum, a group of illustrators are rewriting the narrative.
The New York rapper pushed hip hop into bold new realms. He lived through a dark time – but with one hand on the mic, he survived to tell the tale.
The city has changed immeasurably during the coronavirus crisis, with the future more uncertain than ever.