News & Politics / In small town Wyoming, it was BMX that kept us sober 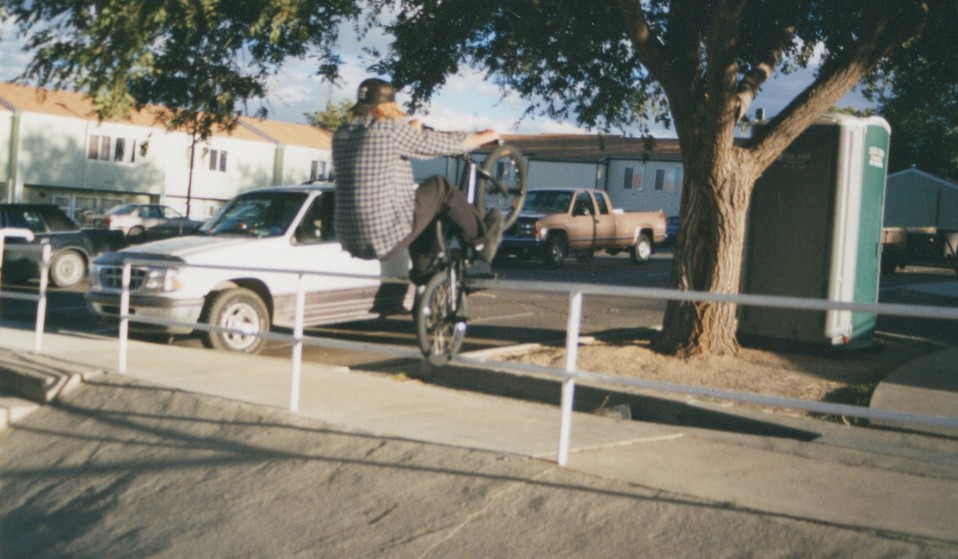 iding BMX kept J.J. Anselmi and his friends away from drugs and booze.

Riding BMX kept J.J. Anselmi and his friends away from the drugs and booze that coursed through the bloodstream of their small hometown of Rock Springs, Wyoming in the 1990s.

Once we got into junior high, most of our class mates—at least, the ones who weren’t preps—spent their free time getting wasted. It was pretty much the done thing in our small town in Wyoming. My dad is an addict, and my friends’ dads were alcoholics. We’d been watching our dads destroy themselves for as long as we could remember, and we didn’t want to follow that path.

A few of my dad’s hard-partying friends had committed suicide, so I knew that getting loaded all the time was a dead end. 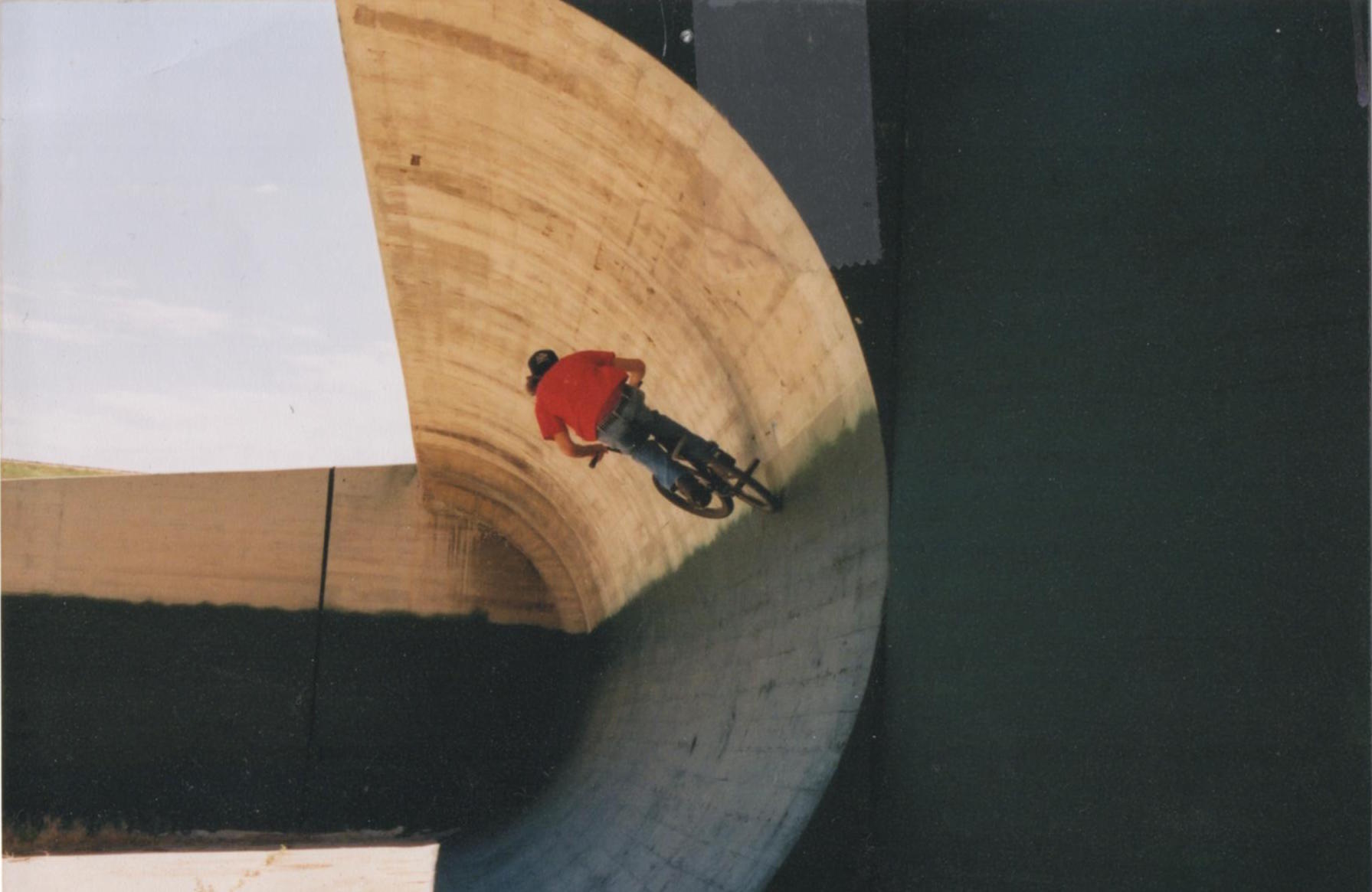 Problem was my friends and I didn’t really care about our grades, and we had a pretty rebellious streak. BMX was a way for Jared, Bryan, Steve, Paul, and I to cut our own course, while guiding our energy toward something positive. Instead of going to parties and scoring drugs, we obsessively searched every square inch of our hometown for things to ride.

We knew about every rideable spot in Rock Springs. Once we were old enough to drive, we spent a lot of time on the road, riding skate parks, street spots, and full pipes throughout Wyoming, Colorado, Utah, Idaho, California, and Oregon. Bryan and Jared’s dad also had a huge garage that he let us fill with ramps. BMX consumed us. We didn’t have time to get wasted.

I’ve always loved to ride things that weren’t meant to be ridden—especially full pipes, wall rides, and swimming pools. Around 2001 or ’02, an older friend of ours, Josh, took us to a now-famous full pipe in Wyoming: the Hell Hole. Like a giant’s mouth, the pipe yawns at the base of a large reservoir. A massive transition lies in wait at the end, and, if you feel brave enough, you can pedal for all you’re worth at it and see how high you can climb. 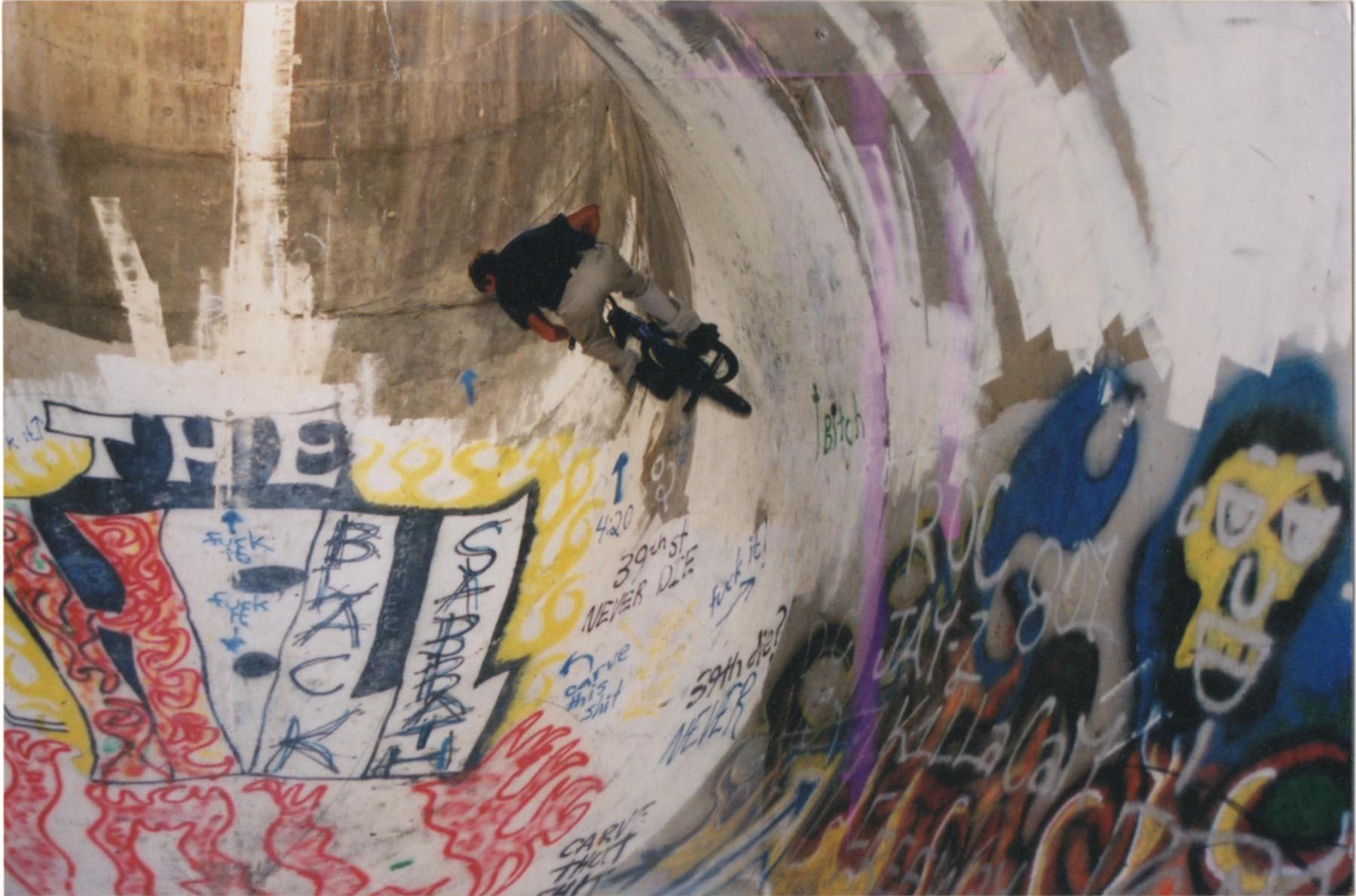 When my friends and I first rode the Hell Hole, we were some of only a handful of riders in the world who knew about it. With Josh, who moved from Rock Springs to Salt Lake City for its badass BMX scene, we went to the pipe one night with Matt Beringer, one of the weirdest and most original riders to ever pedal a bike. That night, Beringer gave the pipe its now-famous paint job, which forever christened that place as the Hell Hole. (I’ve seen the pipe in multiple videos throughout the years. Somehow, Morgan Wade looped that motherfucker in 2012.)

Even though Rock Springs is tiny and there isn’t much to do if you don’t like to hunt or to fish, we didn’t need to leave town to have fun. Looking back, it’s almost hard to believe that Jared and Bryan’s dad was kind enough to let us fill his garage with ramps. Wind is constant in Rock Springs, and the winters seemed like never-ending tunnels of bleakness. So we’d lock ourselves in that garage, building ramps, figuring out ways to piece them all together, and riding our asses off while blasting Slayer and old school Metallica.

The garage started out as a single quarter pipe. By the time we were seniors in high school, we had four quarters—one with a sub-box, one with a wall ride, and one with a sub-rail—a hip with a wall ride above it, a vert wall, and a bowl corner. I had some of the best times of my life in that garage. It was our space, helping us disconnect from the depressive pulse of our blue-collar home town.

Our friend Josh moved in with Mike Aitken, whose seemingly effortless, style-based riding paved the way for riders like Chase Hawk, Tom Dugan, and Chad Osburn. One weekend, Josh brought Mike down to ride the garage. Mike had been blowing up, getting tons of photos in magazines and putting out some amazing video parts, and we’d all seen him ride in Utah. But having this legendary pro show up to ride our personal ramps was unbelievable. We weren’t professional ramp builders by any means, and most riders would’ve needed to feel out the quirks of our ramps before riding them.

Within minutes, though, Mike had flawlessly executed every line any of us had conceived and gone at least four feet higher than anyone else. While many of our peers drank and smoked themselves into oblivion, we were lucky enough to session our ramps with one of the best riders in the world.

After I graduated from high school, I fell into a trench of drugs and booze. I stayed fucked up for two years, straight. But then, when I turned twenty-one, I realised that there is no middle ground for me: I could either be a drug addict and follow in my father’s footsteps; or I could get sober and try to build my own life.

September will mark my ten year sobriety anniversary. In a lot of ways, I’ve been able to stay clean because I know how to focus my mental energy and make the most out of any situation. BMX taught me how to do that, and I wouldn’t be the person I am if it wasn’t for the countless hours I spent on my bike with my friends.

Linkedin
RELATED ARTICLES
OTHER ARTICLES
Shifting the focus from the cost of living crisis to tackling obesity while many starve or freeze is farcical and pointless, writes Fatzine founder Gina Tonic.
In the last of our dispatches from OFFF Barcelona, Rufus Deuchler and Vincent Gault discuss the future of creative process.
From the Yakuza to a biker gang, Bruce Gilden recounts capturing Tokyo and Osaka in the ‘90s.
Members of the collective share some of their reasons to run as part of #UnitedBySummits, a campaign that looks to uncover transformative power of the outdoors.
Writers Matt Foot and Morag Livingstone explore how four decades of collusion between the government and the police have slowly eroded our right to protest.
Over the weekend, London locals came together to resist a pre-planned police raid targeting delivery drivers.