News & Politics / Someone just made a Jeremy Corbyn video game 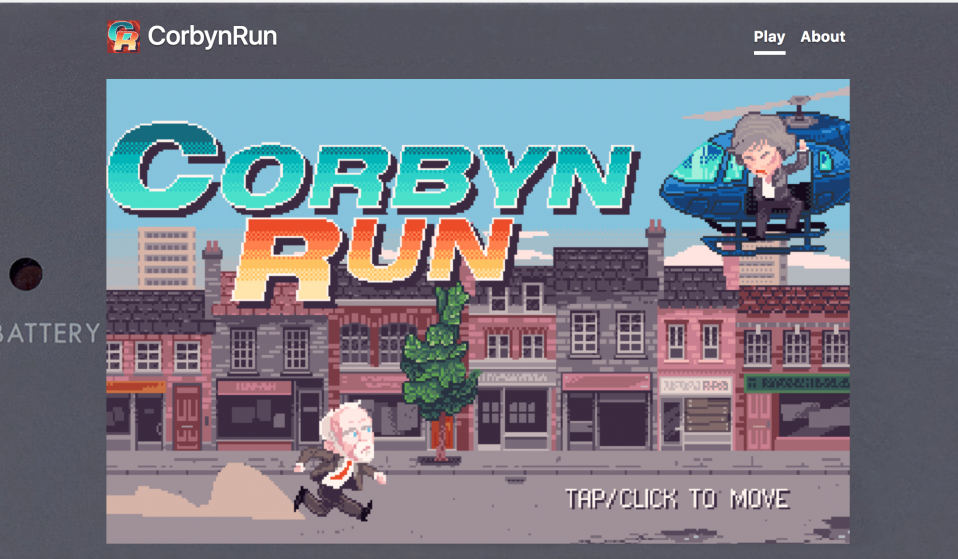 Volunteer developers have built a game that sees Jeremy Corbyn chasing bankers while Theresa May lobs champagne bottles at him from a helicopter.

Volunteer developers have built a game that sees Jeremy Corbyn chasing bankers while Theresa May lobs champagne bottles at him from a helicopter.

With just days until the general election, and opinion polls showing Labour narrowing the gap with Theresa May’s Conservative campaign, the grassroots movement that has propelled Corbyn forward is continuing to innovate and reach out to young voters like never before.

The UK grime scene has taken a stand with the Grime4Corbyn campaign, developers and coders have created a “find my nearest marginal” app, and now you can even play Jeremy Corbyn the video game. 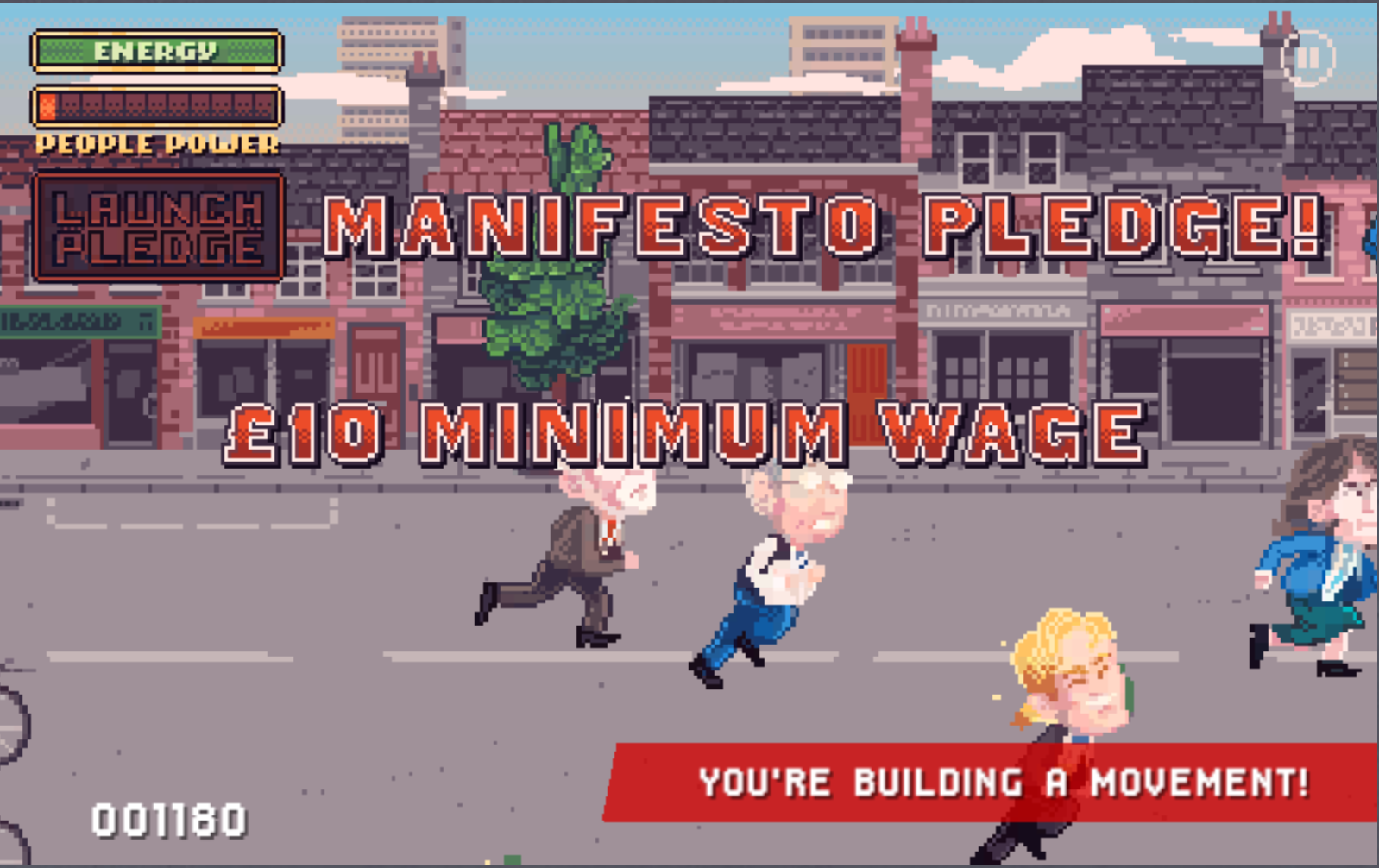 As Theresa May flies in a helicopter lobbing bottles of champagne at a sprinting Jez, he’s busy chasing after bankers and Tory candidates. Get enough people power and you can launch a manifesto pledge, calling in reinforcement from the NHS, Deliveroo drivers, and a whole host of other groups. It’s got a striking resemblance to reality.

According to Labour party sources there’ll be an official launch of the game this Wednesday, although one of its developers, James Moulding, tells Huck they weren’t planning to launch today but the game has just gone viral anyway.

“We’re part of this group called Games for the Many,” James tells me down the phone. “We’re games designers and developers independent from Labour, but we wanted to make a game about building a movement and promoting the core ideas behind the Labour manifesto, and for this to reach a young audience.”

“Young people are the real game changers in this election, 18-24 year olds. Engaging them in new ways will be what grabs their attention.”

The game has been made by volunteers like James, but there’s costs attached to designing and coding, so they’ve set up a crowdfund campaign too.

Whatever you think about Jeremy Corbyn, it’s suffice to say there’s never been a leader of a UK political party who’s been loved enough to make this happen. Once the game can be embedded we’ll whack it up here too.

Linkedin
RELATED ARTICLES
OTHER ARTICLES
Yesterday, rail workers came together to protest poor pay, working conditions and job cuts in their latest round of strikes.
After rewriting the indie rulebook with her devastating songs about romantic longing, the singer-songwriter is now imagining a future in which the artist is no longer a product.
The government’s brutal crackdown on NGOs has left victims of rape without anywhere to seek help. And now, as the country plays a key role is Russia’s war, things are only getting worse.
Photographer Bud Glick recounts documenting everyday life in the area, and what it taught him about the Chinese immigrant experience.
Last week, Tower Hamlets council removed its nudity-restricting licensing conditions in a huge win for London’s kink community.
As the Criminal Bar Association enters its fifth week of action, criminal barrister Russel Fraser explains why the legal professionals have walked out and how action is likely to escalate.