News & Politics / Why can’t men accept that women have opinions? 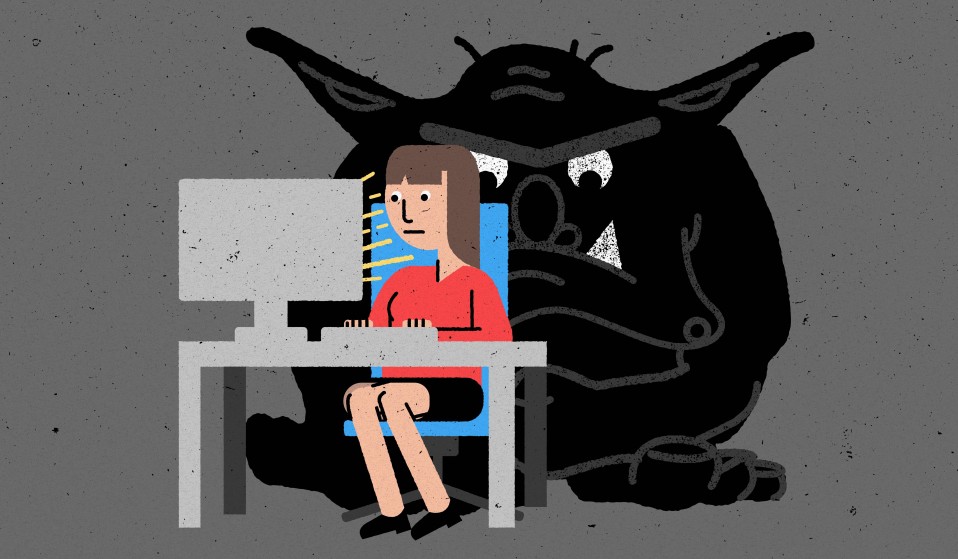 A recent study found that 80% of female parliamentarians from around the globe had been subject to psychological violence: rape threats, death threats, abductions and beatings, and it's not just politicians.

Something I’ve realised over several years of writing for, and frankly existing on the internet, is that some men really don’t like it when women have opinions. They consider it presumptuous, I think. Like you’re getting ideas above your station.

They want to put you back in your place. With gendered slurs, sexual suggestions, threats and assessments of your fuckability, they make sure they remind you what it is to be a woman in the world as it exists.

Conversations online are often far ruder and more hostile than they otherwise might be, but there’s something specific about this. It goes far beyond disagreement, they’re offended at your very existence. They are angry at your assumption that you’re deserving of respect.

Those men, who dislike it when women express opinions, seem to be preoccupied with power. For them it’s a zero-sum game. The rising status of women as a class, and of individual women specifically, is at their direct expense. It’s no surprise that the same sort of men are particularly enraged by women wielding power in a more formal way.

A recent study of female parliamentarians around the world found that 80% had been subject to psychological violence – defined as behaviour that causes fear or psychological harm. More than 40% had received threats of death, rape, beatings or abduction, including threats to kidnap or kill their children.

When any private citizen engages with a politician, there’s a power imbalance that can make exasperation more likely. Decisions made by parliamentarians affect every aspect of our lives. I’ve previously written about expectations of excessive civility when we engage with our overlords, and how this can disenfranchise exactly the people it’s most important to listen to.

But a rape threat is not an expression of frustrated powerlessness. Telling a woman you’re going to kidnap her children is not a natural or acceptable response to feeling like you’re being ignored. This form of intimidation depends on female vulnerability. It’s enabled by the fact that women have good reason to be scared of men. Generally, it can be seen as part of a broader pattern of efforts to push women out of public life.

Susan Villarán, former Mayor of Lima, described how the threats she received sought to “diminish [her] image and make it clear it was not a place for a woman like me to try and disrupt that male world of politics and power”. UK politicians including Tulip Siddiq and Jess Phillips have spoken about receiving rape and death threats online.

The harassment female parliamentarians experience isn’t limited to messages from strangers, though. Why would it be? It’s inevitable that some of the men with a desire to make women feel small will have made it into politics themselves. For men with no qualms about such behaviour, it can be a tactic. A way to shut opponents up without having to engage with the arguments they’re making. Some 65% of the female politicians surveyed said they were often subject to “humiliating sexist remarks” – most commonly made in parliament by male colleagues, sometimes from their own party.

The sorts of gendered aggression reported by female politicians – threats, sexualised verbal humiliation, withholding of resources, in some cases even physical violence – are the same used to belittle and control women in every context. They’re  the toolkit of an abusive partner. They’re the reason some women dread going to work in the morning.

There’s nothing exceptional about the way female parliamentarians are treated – though their position as public figures often makes them a particularly popular target. Whatever other forms of privilege and status you benefit from, there will always be men keen to remind you of your place in the gender hierarchy. It’s why conceptions of feminism focused on individual achievement make very little sense. Cheerleading women who succeed against the odds doesn’t dismantle the structures which hold all women back.

Liberatory politics shouldn’t focus excessively on the most visible and comparatively powerful. However, if even female politicians experience this sort of harassment, intimidation and violence, what does that demonstrate about our societies as a whole?

Linkedin
RELATED ARTICLES
OTHER ARTICLES
A new law change is enabling Britain’s donor-conceived children to know the truth about their origins – but campaigners say the fertility industry must do more to protect people.
Tristan O’Neill’s shots of dancers caught in moments of reverie at the height of rave’s golden age are a testament to the UK’s legendary club culture.
AI companies that develop image-generators using copyrighted artwork from the internet are coming under fire from artists who say that it amounts to theft.
Filmmaker Laura Poitras discusses her new documentary which traces the remarkable life of the artist-activist and the impact of her battle against the US opioid crisis.
As she gears up for the release of her first book, the 24-year-old climate activist talks standing up to authority and building a more inclusive movement.
After building his reputation covering the US civil rights movement in the 1960s, the photographer went on to produce some of the most enduring images of the past century.