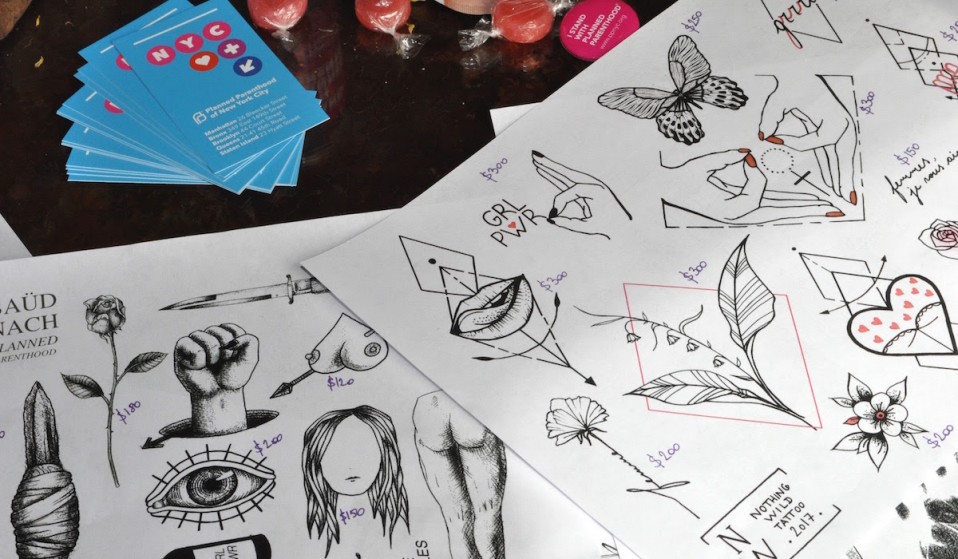 One Brooklyn-based, immigrant-run tattoo parlour is transforming bodies into a protest space for freedom of choice in the age of Trump.

One Brooklyn-based, immigrant-run tattoo parlour is transforming bodies into spaces of protest for freedom of choice in the age of Trump, raising cold hard cash for Planned Parenthood in the process.

Tattooing is all about having the freedom to choose what happens to your body. That’s why my shop, Fleur Noire Tattoo Parlour in Brooklyn, is raising money this month to support Planned Parenthood.

Our shop opened its doors a month before Trump was elected. As an immigrant-run art space, where a minimum of six languages are spoken at any given time, we’ve admittedly all had some sleepless nights since November. This is especially true for my wife and me, as we’re both Middle Eastern and Latino immigrants. And we’re here legally, by the way, in case ICE is watching.

So, it’s been rocky the past few months. But in times of fear and uncertainty, it’s so important to take action. When liberties are threatened and institutions are at stake, it’s up to us to defend them.

This is not about abortion. Or rather, it’s not just about abortion. I’ll go on record to say our crew is proudly pro-choice. But really, if any tattooer thinks the government has a right to control your body, they’re a hyprocrite and should turn in their machine right now. 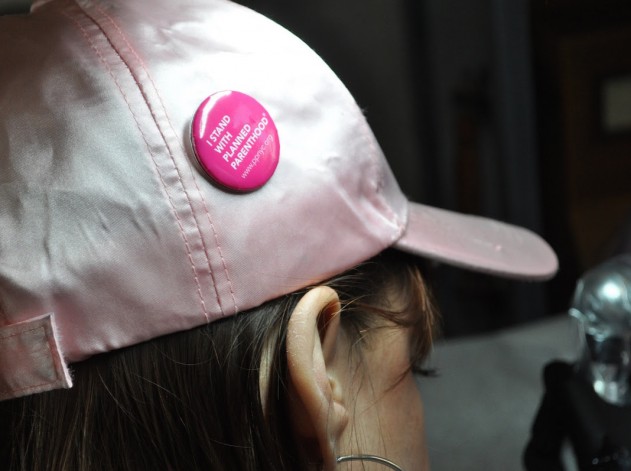 Planned Parenthood is so much more than that one controversial (legal) service. They’re also an affordable place to get birth control, STD screenings, to get free and cheap health check-ups. Many of my friends have been too broke to afford healthcare, and Planned Parenthood was there. I know undocumented immigrants who were too scared to go to hospital, but they got basic needs met at Planned Parenthood.

Now the group has fallen prey to a successful right-wing PR campaign, and even many educated people don’t know the full spectrum of health options provided there.

When Congress voted to allow states to defund Planned Parenthood, and Trump signed it in to law last week, so many friends and clients of ours got scared. Does it mean that anyone who can’t afford a gynaecologist will have to roll the dice on HPV? Could access to birth control become a luxury of the elite? And the heaviest question, of course: will dangerous, back-alley abortions spike again?

We don’t know. We just run a tattoo shop. And frankly, that’s the position most of us are in; a powerless one. We’re not government insiders, or well-connected billionaires, so what can we possibly do to change things?

The answer is a lot, actually. Especially when we join forces.

Our tattooers rallied a few weeks back, and sketched out Planned-Parenthood-themed designs for what was supposed to be a one-day fundraiser. Each piece was inspired by themes of reproductive health and sexual liberation. People of all ages and genders came out, and are still coming out, to voice peaceful protest with their bodies.

In a matter of hours, on just the first day of fundraising, we collected $3,500 for Planned Parenthood of New York City. It was such a moving sight, that we extended the fundraiser through the rest of the month. 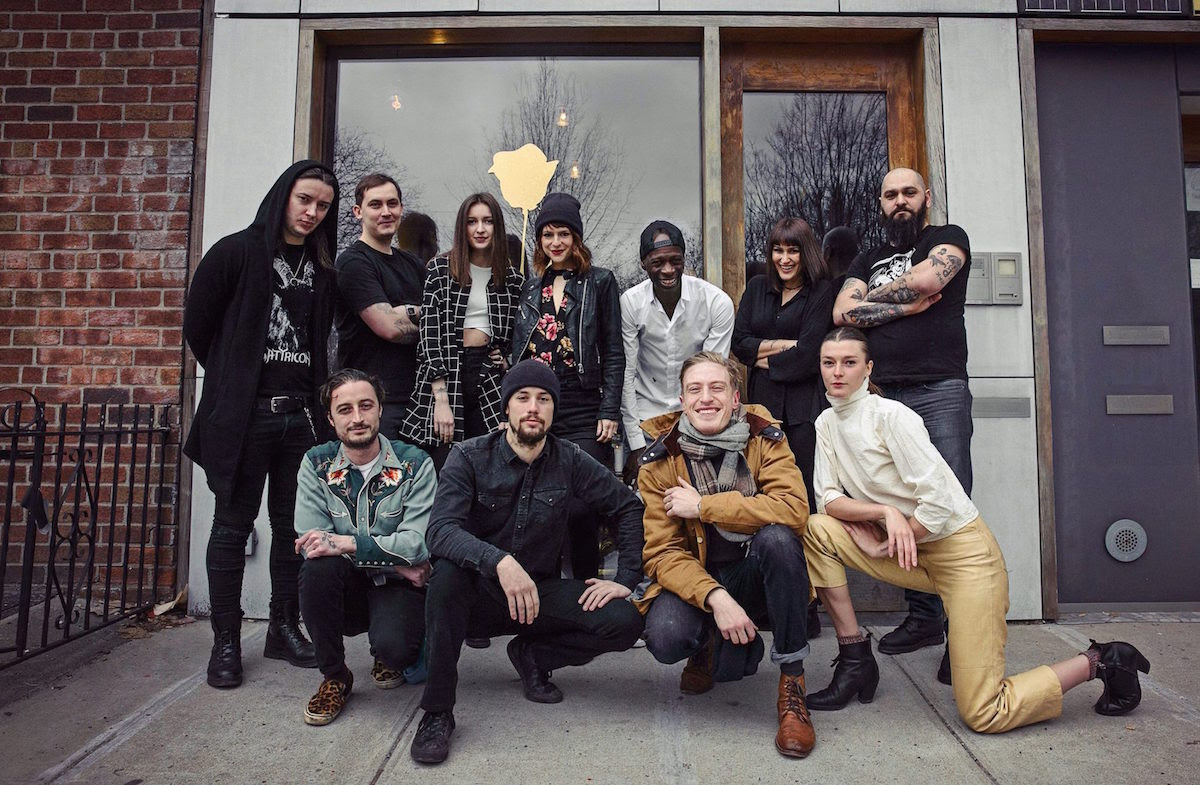 Fleur Noire is just one small business. Imagine what we can all do together if we start routinely, and collectively, contributing to causes we care about. As business owners, we give people the chance to embed activism into their every-day lives. And as residents, we can support our communities, even and especially when they’re under attack.

We created this shop to be a sanctuary, a place where nobody is afraid. Every client and artist is welcomed with open arms, regardless of race, gender or personal politics. We believe we should be tolerant of everyone, not just the people who already agree with us. But we ask the same of anyone who enters, because we’re outspoken about our beliefs. Sorry, not sorry.

We are a shop of immigrant Americans. We love America, even when it doesn’t love us back. Everyone at Fleur Noire came to this country because we stand for individual rights and freedoms. And we won’t go down without a fight.

We’re calling on small businesses from coast to coast to unite and turn capitalism into a form of activism. Individually, we are small. Together, we are unstoppable. And after all, isn’t that what democracy is all about?

Linkedin
RELATED ARTICLES
OTHER ARTICLES
Activists and campaigners are fighting back against new laws that would seriously undermine the ability to take industrial action, calling it an attack on fundamental workers' rights.
Theo McInnes’s photos of the annual event provide an intriguing snapshot of contemporary Britain.
Photographer Sean Maung reflects on documenting a small town in Pennsylvania afflicted by high levels of unemployment, poverty, violence, crime, and addiction.
After blocking the Scottish government’s gender recognition reform bill, Westminster is now devising further changes to the law to make it harder for trans people to self-identify.
A new law change is enabling Britain’s donor-conceived children to know the truth about their origins – but campaigners say the fertility industry must do more to protect people.
The action took place in response to the 200 asylum-seeking children who were placed in hotels run by the Home Office who have gone missing.