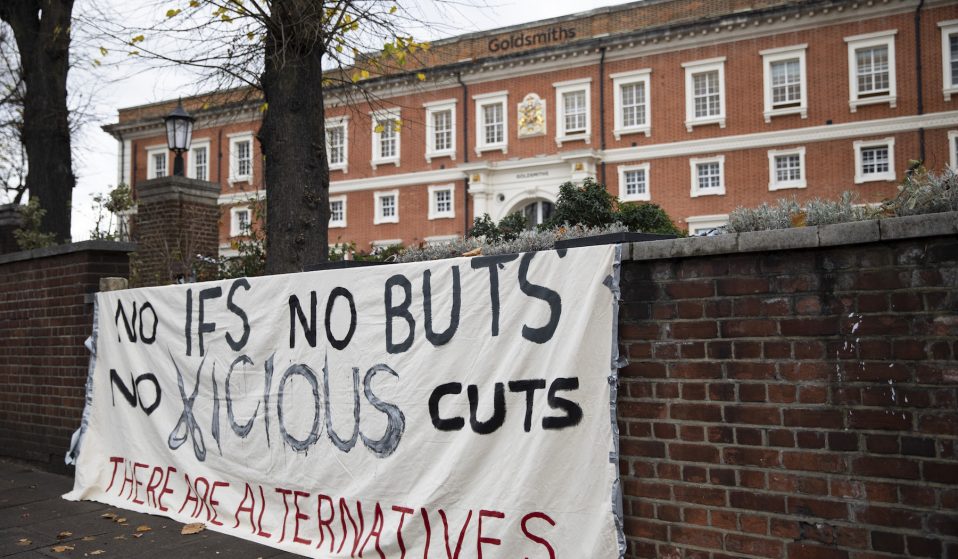 Following the institution revealing that it plans to cut at least 52 jobs, staff have organised a three-week walkout over redundancies with students standing in solidarity with them.

Following the institution revealing that it plans to cut at least 52 jobs, staff have organised a three-week walkout over redundancies with students standing in solidarity with them.

Casual contracts, precarious employment, and juggling multiple jobs to make ends meet are not phrases instinctively associated with academia. Yet thousands of lecturers, researchers and general staff at British universities are struggling under hourly, pitifully-paid work contracts. It is a phenomenon that has skyrocketed over the past decade: according to the UCU, over half of universities and colleges use zero-hour contracts to deliver teaching – yet this remains relatively unknown. Some dub it the sector’s “dirty secret”.

It’s a secret that Jacob Mukherjee, a lecturer in Media, Communications and Cultural Studies at Goldsmiths, knows all too well. “I’ve been an academic since 2014, and for the first seven years, I was on casualised contracts,” he tells Huck. “Fixed term, temporary, insecure contracts, often hourly-paid.” Mukherjee says people don’t realise how ubiquitous these are in higher education; essentially a pre-ordained “rite of passage” to attain the holy grail of a permanent position. “You might get a three-month contract, and get paid to teach ten weeks during that period, earning, say, £2,000. And that’s the whole year’s payment you get from that institution. You’re earning very, very little money.” 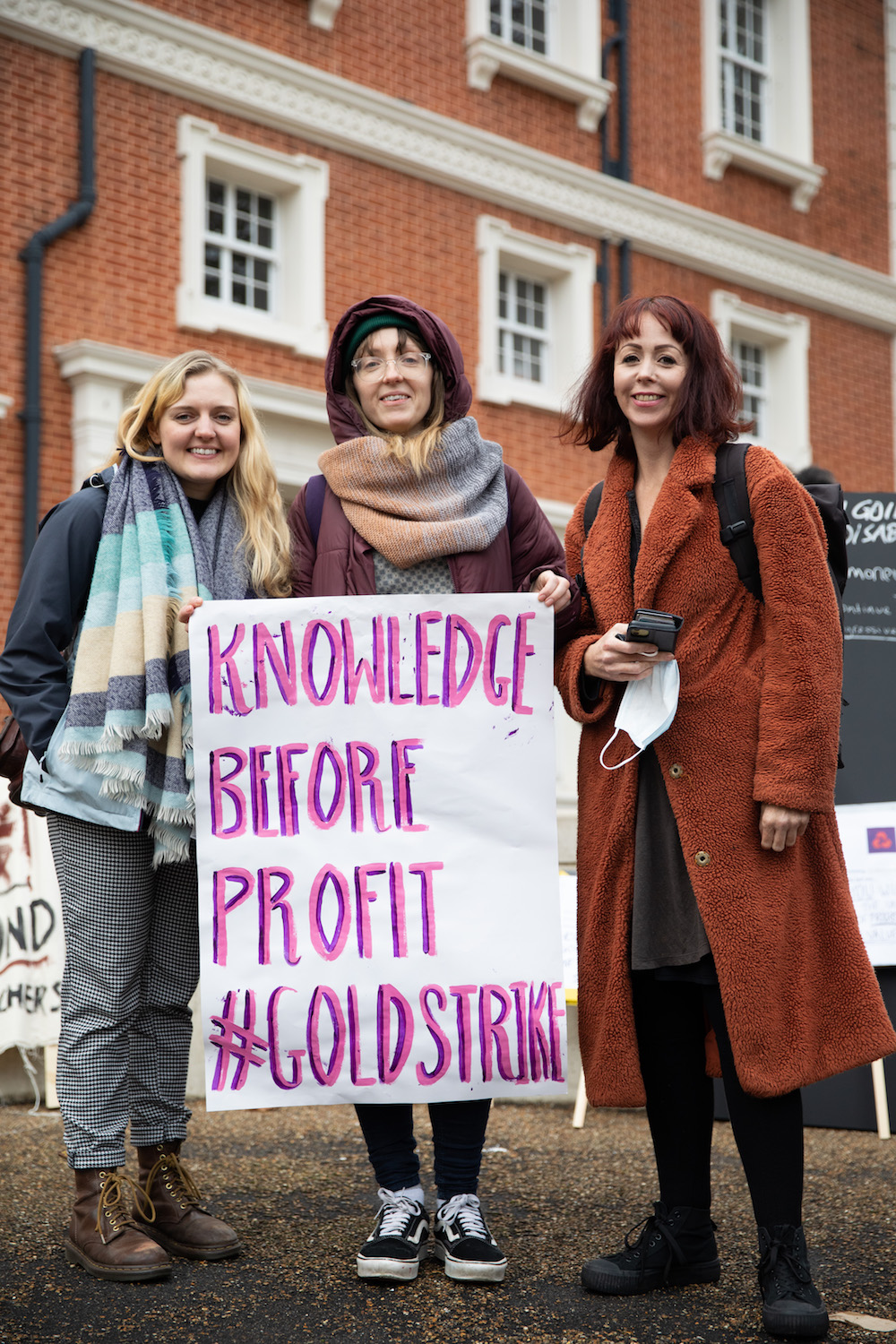 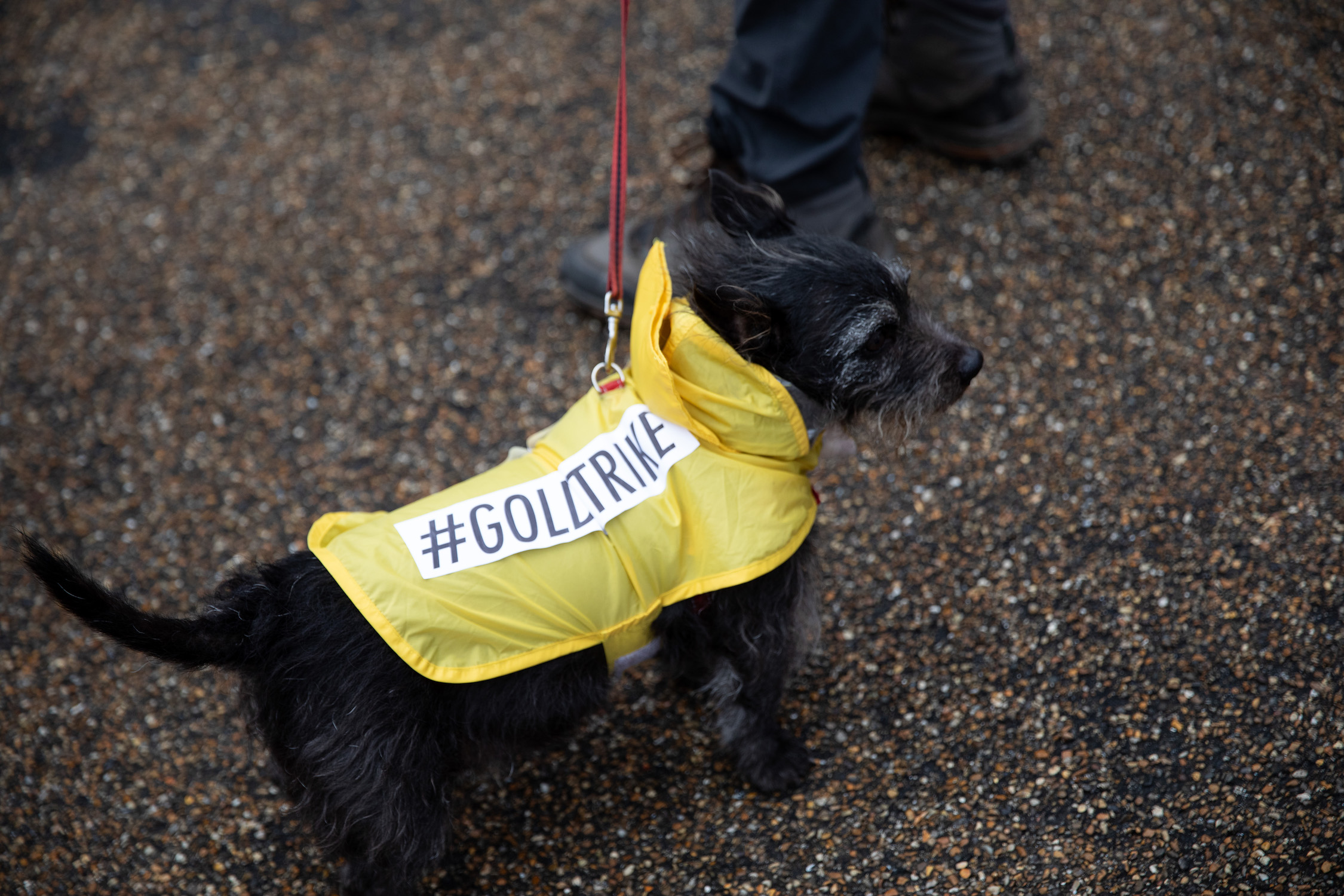 It’s a perilously-thin tightrope that staff must wobble along: balancing multiple, temporary jobs; intractable financial insecurity; an inability to plan ahead, save, or even get a mortgage or pension. For some, it has meant scraping together extra cash as a cleaner. Others have visited food banks. Still more have abandoned academia altogether. For Mukherjee, it meant fraught periods working at multiple institutions, racing across London on his bike to get from one class to another.

But casual contracts are just the tip of the iceberg when it comes to the injustices pervading the UK’s academic institutions. Untenable workloads, staff cuts, and slashed pensions are other blights that have driven university staff across the country to strike in recent years. Jo Brady, UCU general secretary, warned the workforce was at “breaking point”. She added: “Pay has been cut by 17 per cent, a typical member’s pension has been slashed by £24,000, and left-right-and-centre staff are being exploited by casual contracts.” 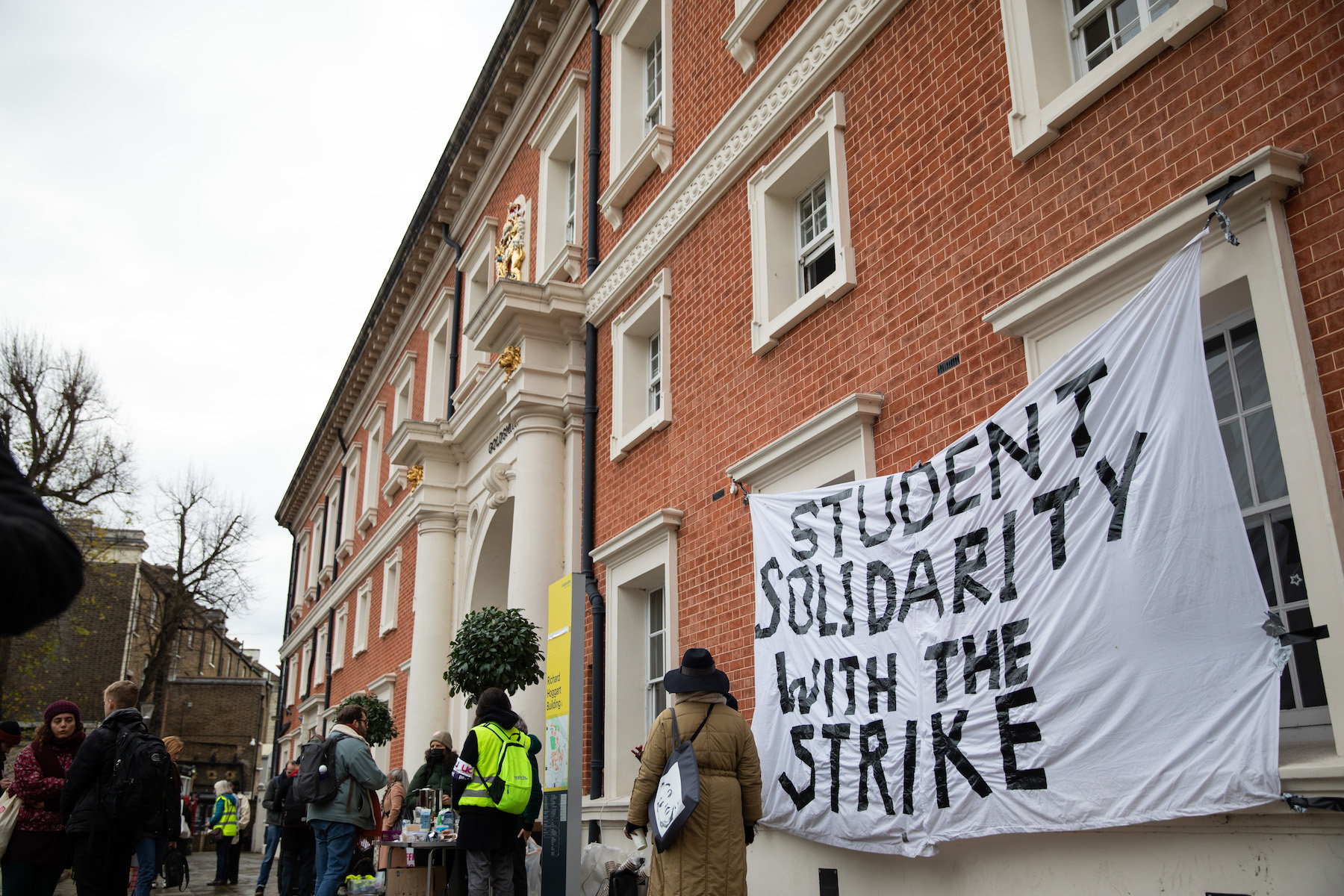 It speaks to something wider that’s happening at British universities: the commercialisation of higher education. Student fees have replaced government funding. Courses are ranked by their money-making ability rather than their academic potential. Students are consumers not learners. Staff are seen as transient, inherently replaceable employees. Loans were tripled, then sold to private companies that act as debt collectors sending red-letter warnings to students threatening interest hikes. There has been a systemic shift over the past decade in how universities are run: profit-making machines, rather than places to foster critical thinking and academic excellence, a formative space where staff and students can explore, expand, and evolve together.

The last few years have seen a spate of UCU strikes. Earlier in November, 58 universities voted in favour of more. Under the UCU’s umbrella, staff are calling for the elimination of casual contracts, pay increases, and more manageable workloads.

The tumult at Goldsmiths began at the start of the pandemic. The university announced it would not renew the temporary contracts that over 400 staff, including Mukherjee, were on at the time. Mukherjee joined the union’s campaign, undertaking a grades assessment boycott to urge the university to renew contracts. It worked. Many kept their jobs, including Mukherjee, who is now in full-time employment. But relief was fleeting. 52 compulsory redundancies were announced in September, spanning general administrators and the humanities. 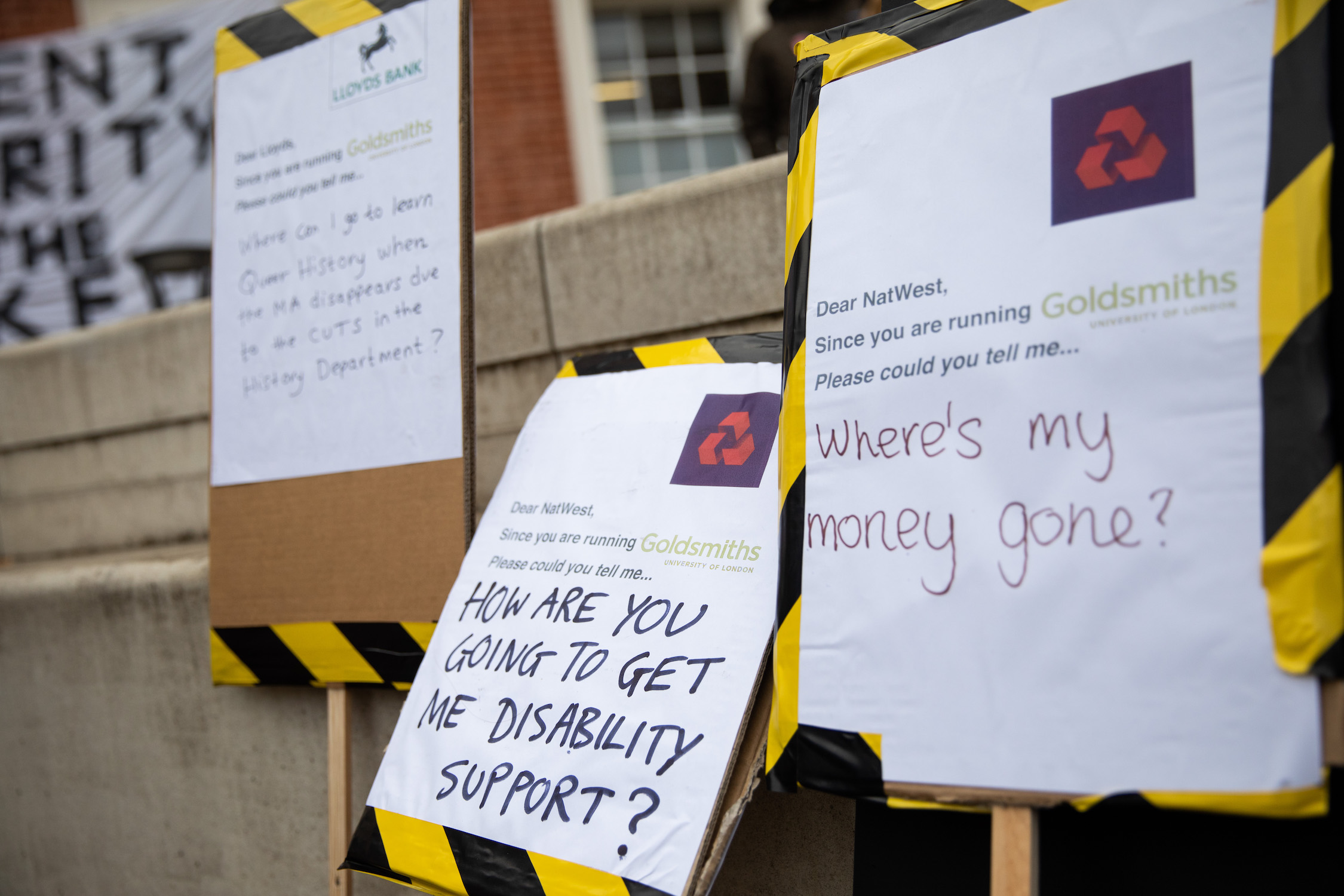 It is part of Goldsmith’s “Recovery Programme”: floundering under a £10m financial deficit and pummelled by Covid-19 and government funding cuts, the university is now attempting to claw back £6m through redundancies. However, given the higher education sector was valued at around £41.9bn in 2019-20, it is reprehensible that staff should be paid so abysmally and forced into increasingly casualised work.

In response, 2,600 academics and notable writers signed a letter calling on Goldsmiths to “halt the decimation” of its humanities departments, warning that academics with “deeply rooted” expertise in Black and Queer History and Black Literature are among those in peril.  It postulates that these roles will be filled by “cheaper, precarious staff”. Goldsmiths established the world’s first Queer History MA and runs the UK’s only Black British History and Black British Literature MAs. The letter’s recriminations include managers running higher education like “fast fashion” and showing “utter disregard for the integrity of the education they want to sell”. Following on from this, at the start of November, Goldsmiths lecturers voted for strike action lasting for up to three weeks from 23 November to 13 December.

Nevenka Martin is among the impending redundancies. For 16 years, she’s been the History Department’s Business Manager. In her words a “broad role”, she oversees a dizzying plethora of activity: assessments, finances, HR issues, strategic development. In September, she received an email stating her role would be “deleted” and should this cause her any concern, it was suggested that she join a “wellbeing workshop”. “It’s a horrid feeling, because after 16 years of commitment to this institution – and I love my job, my department, my colleagues, students – you get something like that [email] and it makes you feel hugely undervalued,” she says. “Then it made me furious. And I thought, OK, you can delete my role, but you can’t delete my voice – and I became very vocal about it.” She now calls herself an “accidental activist”. 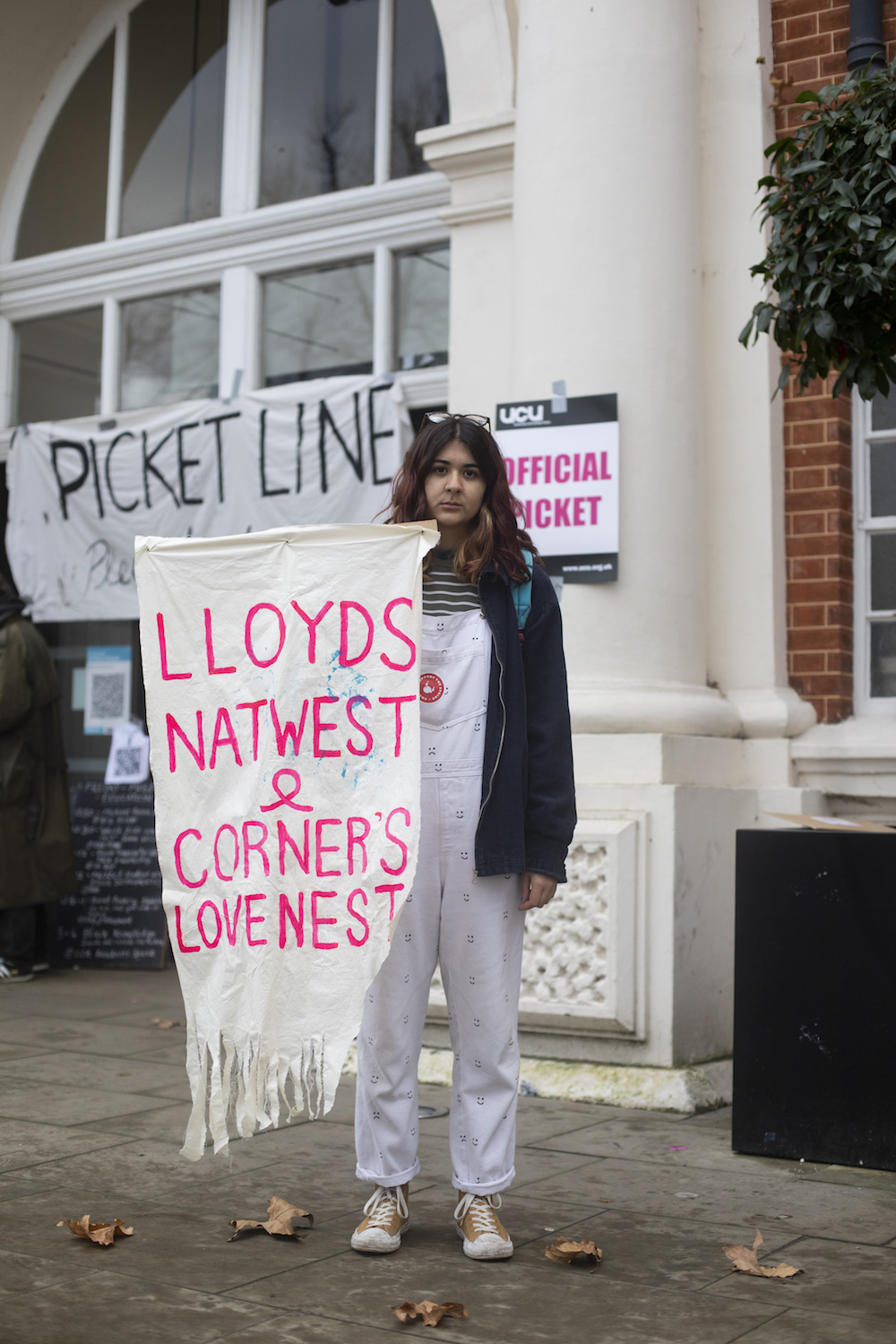 Part of Goldsmiths perennial charm for Martin was the vibe on campus: the collegiality, the happy, quirky students. But in recent days, the atmosphere has shifted. “Staff are hugely demoralised,” she explains. “There’s a lot of uncertainty.” The malaise has spread to students, too. “People were deflated, coming back after a year of online teaching and hearing our department might be gone by March,” says Sarah Warsama, a third-year BA History student. “It’s hard to work when we’re so on edge about what’s going to happen. I’ll be researching for an essay, thinking, ‘My lecturer might be sacked and this won’t be marked by them, so should I write it differently so it’s easier for a lecturer from a different department to mark?’”

Warsama is one of hundreds of students who have come out in force to support staff on the picket lines. A silver lining in the dark cloud hanging over campus has been the solidarity between staff and students. This has greater poignancy when viewed in light of students’ chaotic experience of higher education over the past year, from constant strikes to forking out £9,000 for online-only-teaching. During the first week of the strike, the atmosphere has been part anger, part celebration. There have been moments of real joy and unity. Music students waged a musical protest. Art students crafted banners subverting the logos of Lloyds and Natwest. There have been poetry readings, bhangra workout sessions, DJs, impassioned speeches from staff and students. The Student Union has worked closely alongside the GUCU to mobilise students, compile leaflets, and build a programme of ‘teach-outs’. These workshops – featuring sessions on everything from feminist ethnographies to zine-making  – are an effort to continue learning despite the halt in teaching. 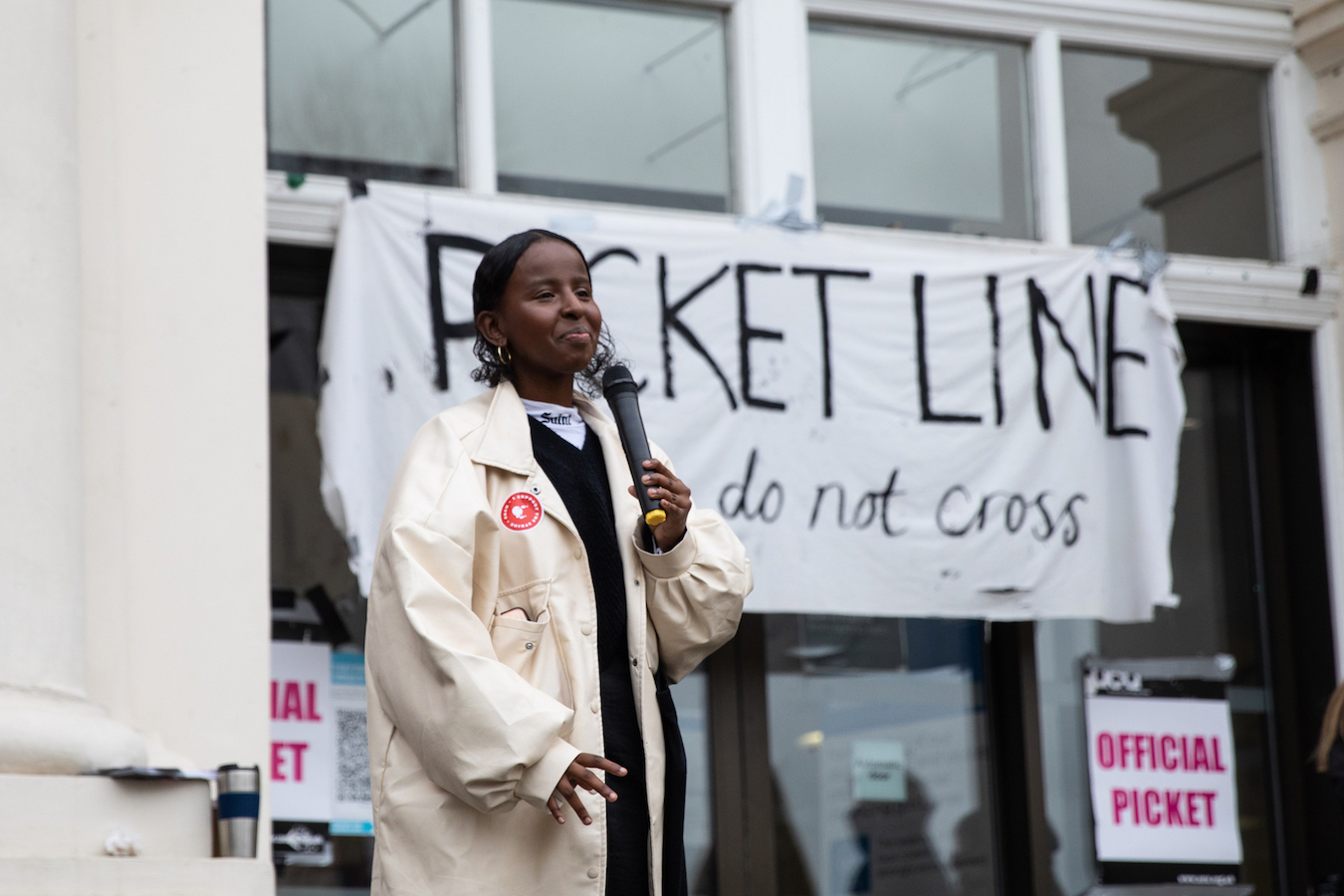 Part of the impetus for student solidarity is the close relationships many have with their lecturers, and the negligible ones with management. Some believe they’re defending the Goldsmiths they love: the creative, open and radical institution. There’s also anger. “We’re really peeved to think we pay so much money, and that money has gone to KPMG and Lloyds and Natwest, and we don’t even have printers in the library. And now they’re telling us our departments will be shut,” says Warsama.

The bank loans are a meaty bone of contention at Goldsmiths. “The role of the banks is really insidious and sets a dangerous precedent,” Mukherjee says. “In a nutshell, Lloyds and Natwest have loaned money with several restrictive and alarming conditions attached. The collateral put up for the loans is literally the university. You’ve got financial institutions running a university which should be run on educational grounds, according to what’s best for students and staff, rather than what’s going to deliver profits for a bank.” 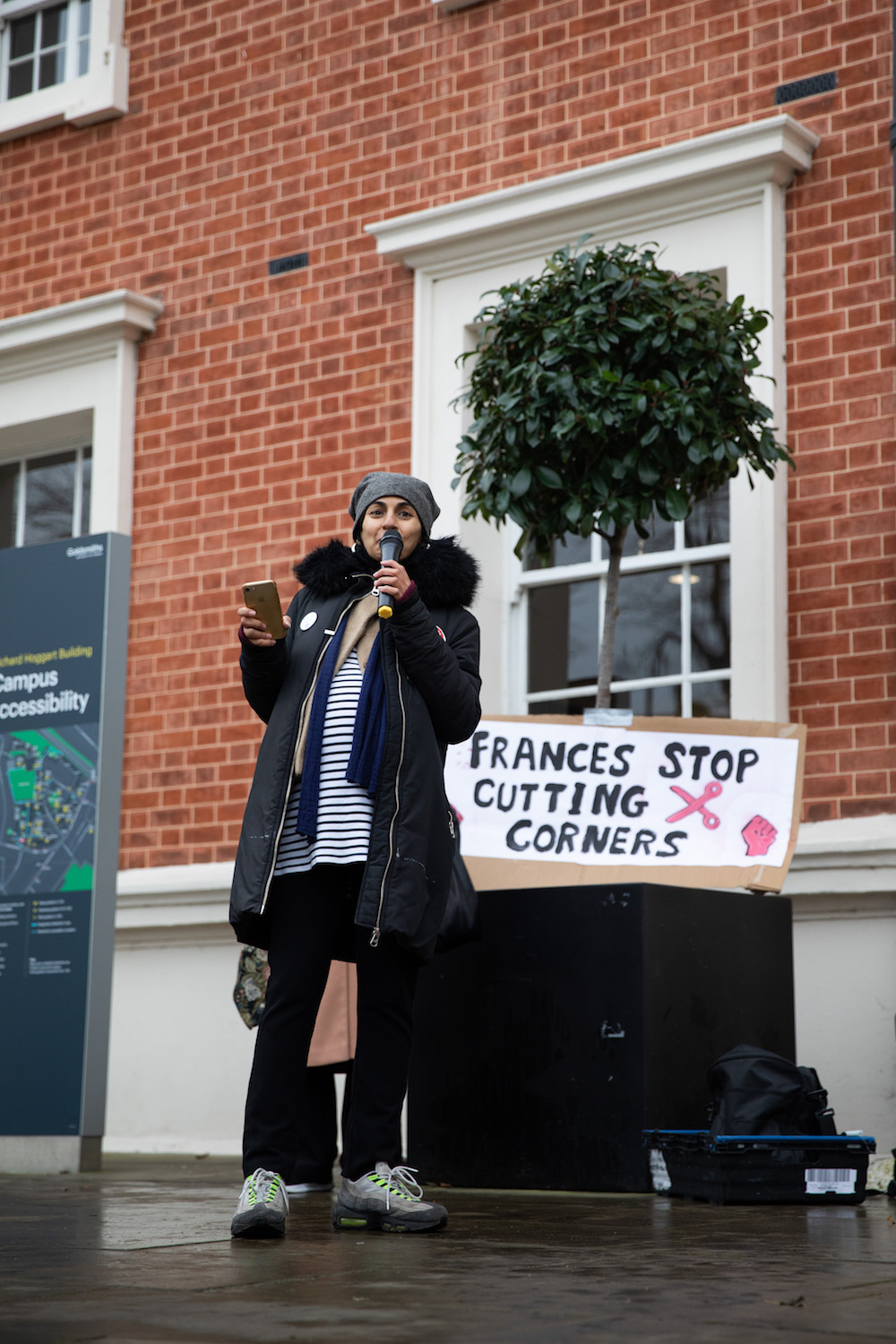 In a statement, Goldsmiths said: “The unavoidable reality is that we have to make further savings to deal with significant financial challenges including an underlying deficit, over 10m of additional costs and lost income due to Covid-19, government cuts that see the College lose over £2m in funding every year, and a decline in the overall number of students studying some subjects. We want to reassure our students that we are putting their learning, their experience, and their outcomes first as we build a new and sustainable future for the College.”

For now, the focus on the picket lines is ending compulsory redundancies. Mukherjee is confident. “What I most hope students take from this experience is to see you don’t have to accept insecure contracts, being laid off, poor treatment: you can stand up against these things collectively and fight them. Many of our students will be going into precarious, poorly paid work,” he says. “I want them to join unions, to organise, to get better treatment for themselves. And I think if we can show them we can do that, and we can win, in a way that’s the best lesson we can impart.”

Linkedin
RELATED ARTICLES
OTHER ARTICLES
Social prescribing connects people with non-medical support to improve their health and wellbeing – but some experts worry it’s just a stick plaster solution.
A new podcast is opening up the conversation between trans women and trans amorous men in the hope of building coalitions.
Photographer Sean Maung reflects on documenting a small town in Pennsylvania afflicted by high levels of unemployment, poverty, violence, crime, and addiction.
Tristan O’Neill’s shots of dancers caught in moments of reverie at the height of rave’s golden age are a testament to the UK’s legendary club culture.
Activists and campaigners are fighting back against new laws that would seriously undermine the ability to take industrial action, calling it an attack on fundamental workers' rights.
After blocking the Scottish government’s gender recognition reform bill, Westminster is now devising further changes to the law to make it harder for trans people to self-identify.