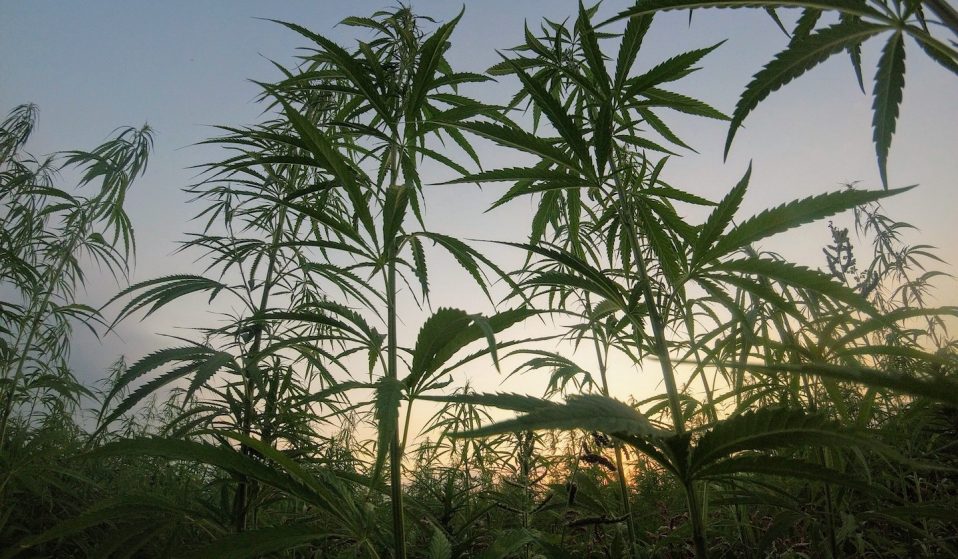 Guernsey’s tough drug laws ruin lives, so why is big business allowed to profit off weed grown on the island?

Guernsey’s tough drug laws ruin the lives of not just the people who commit crimes, but also their families. So why is big business allowed to profit off weed grown on the island?

Summer Bienvenu, a 21-year-old single mum of a toddler, sat in silence as the courtroom waited for 72-year-old Judge Russell Finch’s verdict. She had been charged with class B drug supply after police found 69 grams of cannabis, a bong and a set of scales at a house party – attended by five people – on the island of Guernsey in 2020.

The 38-weeks pregnant woman gasped in horror as the semi-retired Judge said that she was sentenced to two years and four months in prison. Not only would she be away from her two-year-old son, but she would also be giving birth while incarcerated.

The States of Deliberation – the island’s parliament – recently paved the way for these firms to grow recreational weed, as long as it’s sold abroad in jurisdictions where it can be legally consumed. Any profits from recreational cannabis growth will not be confiscated under the Bailiwick’s proceeds of crime legislation, the Policy and Resources Committee indicated.

The Bailiwick is heavily dependent on its status as a low-tax jurisdiction and relies on foreign investment to maintain its prosperous local economy, with the States working hard to attract wealthy individuals and firms to its shores. So while a teenager from a council estate would be jailed for up to 14 years for running a grow house, multinational cannabis firms are receiving state support to move to Guernsey and carry out the same task on a far-larger scale.

It’s unsurprising, perhaps, that Guernsey is the third most unequal jurisdiction in The Organisation for Economic Co-operation (OECD) (an intergovernmental economic organisation with 38 member countries) behind only Mexico and Chile. Despite holding the highest average household income in the OECD at £73,834 during 2018, just over 27 per cent of households live in poverty and struggle to make ends meet.

Summer’s prison sentence began on 5 August 2021, exactly two weeks before she was due to give birth. Despite initial promises that her baby would remain with her for the duration of the sentence, prison officers later told her that she had been booked into the hospital for a caesarian on 16 August 2021, with just four days to bond with her newborn before being returned to jail childfree.

Les Nicolles is the only prison in the British Crown Dependency of Guernsey, an island 90 miles from the Devon coastline and 60 miles from Normandy in France. But unlike the mainland, it has no mother and baby unit for imprisoned mums to bond with their newborn child and to receive support so they can build a stable and loving family environment on release.

This prison sentence marked Summer’s first ever drug supply conviction. And aside from the aggravating factor of being caught with 14 grams of cannabis while on police bail, she had significant mitigating circumstances – including post-traumatic stress disorder – leading the Guernsey Probation Service to describe a non-custodial sentence as feasible in the circumstances.

Dr Shona Minson is a barrister working at the University of Oxford who recently carried out the UK’s largest study into maternal imprisonment. “The United Nations Convention on the Rights of the Child requires states to prevent children from being discriminated against as a consequence of the status or activities of their parents,” she explains. “A sentence like Summer’s, which will disrupt early attachment between a baby and their mother, will cause serious harm to the young child and irreparable damage to their future life chances. As a signatory to the Convention, Guernsey is in breach of their duty towards the child.”

According to Minson, the Sentencing Guidelines in England and Wales are clear that the harms to a child dependent may make a custodial sentence disproportionate, and that in such cases, a non-custodial sentence should be used instead. Guernsey case law dictates that judges should follow this approach when sentencing in Bailiwick.

Lucia Paglione, a mother of three children and holistic therapist, runs Guernsey’s Drug Strategy Campaign which lobbies for an end to prohibition – and excessively harsh sentencing – on the island. The group was founded in 2016 and now has over 3600 members, several of whom organise action days, protests and events.

For Lucia and her partner, Summer’s story feels close to home. They have spent over a year on bail after being charged with being ‘knowingly concerned in the supply of cannabis’. Police found six grams of the substance at their family home, as well as a mobile phone containing messages indicative of small-scale social supply.

“Imagine someone telling you to find a home for your kids as you’re being sent to prison for four years,” says Lucia. “It has caused a huge heartache as a mother and I know this stress has impacted my two-year-old twins. And it’s over a few ounces of cannabis that can legally be delivered to my door if it comes from an expensive private GP.”

Guernsey Police seize all bank accounts and cash of anyone arrested on suspicion of drug supply. Defendants aren’t permitted to open new bank accounts due to the Bailiwick’s harsh anti-money laundering legislation. “On a practical note, I’ve struggled to run my business, as the police took my computer, phone and money,” explains Lucia. “We are being made homeless, as the house we live in is being sold off – but we can no longer get a mortgage because of all this over our heads. No-one in our small community wants to rent to us, as they know we can’t sign a longer-term rental contract.”

Caitlyn*, a 34-year-old mum from Guernsey’s capital, St Peter Port, found herself in a similar situation when was arrested on suspicion of stealing two plants from one of the island’s registered cannabis-growing facilities. She was later charged with various offences including cannabis possession and intent to supply, even though the low-THC plants can be grown legally by corporations with the correct license. “My advocate [barrister] says I’m going to prison and it won’t be a short sentence,” Caitlyn tells Huck.

Caitlyn suffers with severe PTSD and other acute mental health conditions. “Cannabis eases the symptoms and makes it easier to sleep,” she explains. “I looked into getting it from the GP, but it worked out at about £400 for the initial appointments then £280 a month for the prescription. Then they make you have regular check-ups, which is another £100 a quarter. It just wasn’t realistic really.”

My little girl is eight and my family are looking after her for now, while I try and get my life into a better place,” continues Caitlyn. “The disruption is hard for her, so it just makes sense that she stays with them.”

Guernsey’s overstretched mental health services regularly come under fire for failing to help individuals at risk of developing problematic drug use, as well as those struggling with addiction. This inevitably increases prison numbers, campaigners say.

Guernsey’s decision-makers are aware of the harmful impact of harsh drug sentencing on offenders, innocent family members and the community. An independent report – commissioned by the States of Guernsey – carried out by Crest Advisory last year, noted that the island’s “historically tough” punishment for drug trafficking and possession offences conflicts with its aims to boost child welfare, long-term employment prospects for individuals and economic prosperity for the community.

This was the second independent study commissioned by the Bailiwick’s political representatives. In a 2020 evidence review of the interaction between public health and drug sentencing, Professor Harry Sumnall of Liverpool John Moores University reached an almost-identical conclusion, noting: “It’s crucial that legal responses are proportionate, targeted and have the intended effect. If the aim is to reduce drug-related harms to the lawbreaker and others, then a prison sentence is unlikely to be successful.”

But despite this, Summer’s application to appeal her prison sentence was rejected by Guernsey’s Bailiff, Richard McMahon. This means she gets two 45-minute visits per week with her toddler, in a bleak visit hall, and a single weekly visit with her newborn baby.

Sadly, the next few months will bring even more mums into contact with the island’s criminal justice system – and most likely prison – for cannabis possession or supply, as the state maintains its inaction on this pressing public health issue.

Linkedin
RELATED ARTICLES
OTHER ARTICLES
The two-day long event returned to London this year, showcasing a spectacular parade, steel bands and Caribbean food.
A new project is documenting formerly incarcerated people as they transition back into civilian life.
Birdy Chu reflects on documenting the historic moment in which the territory was formally passed back from the UK to China.
For over a decade, gamblers have won big by employing people to place live bets from the court. But does this dubious method still work?
Ahead of the release of their first collaborative album, the producer and rapper talk psychedelics and the state of UK hip hop.
By turning a real-life crisis into daytime television fodder, TV bosses have once again shown themselves to be completely out of touch with audiences.