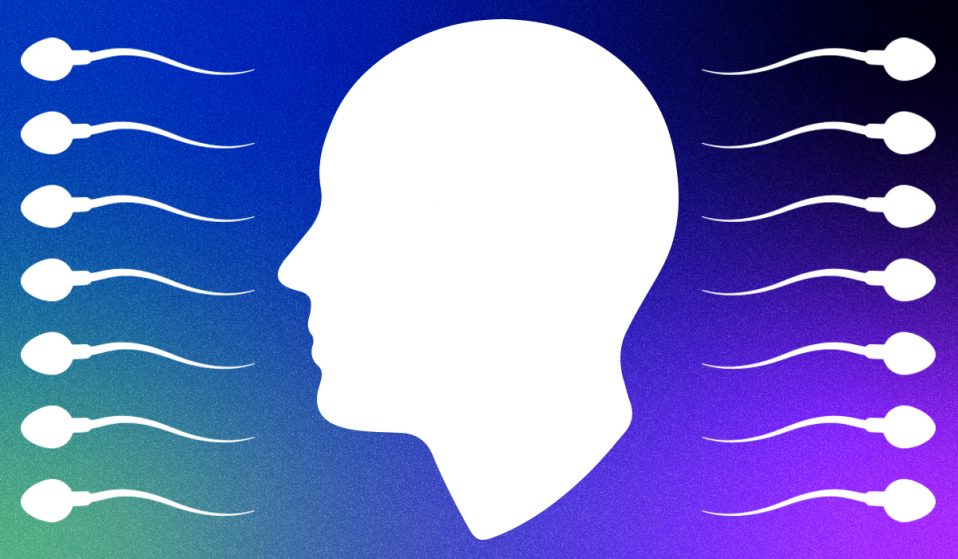 A new law change is enabling Britain’s donor-conceived children to know the truth about their origins – but campaigners say the fertility industry must do more to protect people.

A new law change is enabling Britain’s donor-conceived children to know the truth about their origins – but campaigners say the fertility industry must do more to protect people.

Now accounting for one in 170 of all births in Britain, the donor conception industry is undisputedly shaping the landscape of the modern family. As Julia Chain, the Human Fertilisation and Embryology Authority (HFEA) chair, put it, donor conception has brought “an immeasurable amount of joy […] to families that could not have otherwise existed”. For the LGBTQ+ community, donor conception has also been invaluable, offering queer couples the chance to have their own biological offspring.

In the UK, 2023 will mark a historic change to donor anonymity laws. The law previously only allowed donor conceived adults (DCA) to find out small amounts of non-identifying information about their parents once they reach adulthood. This year, however, any DCAs born after 1 April 2005 will now be able to find out who their biological parents are.

John, 37, a DCA from London, says he’s excited for these laws to come into effect and to potentially make contact with their donor conceived siblings. He shares that although finding out he was a DCA at 33 was a traumatic experience, connecting with his donor conceived siblings has been “the big silver lining” of it all. “I’m in a group of seven – and counting,” John tells Huck. “We regularly get together for drinks, family barbecues, and even an online game of Dungeons & Dragons. Seeing the missing half of my heritage reflected in facial features, personality traits, careers, hobbies, even mannerisms, has been profoundly healing.”

Some still have reservations about the impacts of scrapping anonymity. John says that, although he understands how anonymity makes “sense as a policy to maximise donor numbers in a pre-DNA kit world,” he would argue that “it never benefited the resultant offspring”. “In the coming age of increasingly personalised medicine, I think it’s plausible that everyone will get their entire genome sequenced at birth as standard, leaving no room for genetic skeletons in the cupboard.”

But as donor conception has become increasingly popular, so have ethical concerns about the nature of the practice. As online activists and advocacy groups call for greater regulation within the donor conception industry, growing investment in the sector from venture capitalists and private equity firms has only highlighted the necessity of urgent intervention.

Enter the growing numbers of donor conception advocacy groups, fighting for the rights of donor conceived adults (DCAs)  and increased regulation of sperm and egg donation. Nina Barnsely, the director of Donor Conception Network, said that thankfully, cultures around donor conception have “shifted enormously” since the charity was founded in 1993. However, as Nina told the Guardian, today “most people believe not only that it is better, but that it is right to be honest with children” about how they are conceived and how they can access information about their paternity.

Narelle Dickinson, a fertility counsellor and a director of the Fertility Society of Australia and NZ, has similarly campaigned for the now compulsory pre-conception counselling parents must go through. In 2016, Victoria’s state parliament passed first in the world legislation granting donor-conceived children retrospective access to their biological parentage. The law was “a massive driver for us to do better”, Narelle claims, as “nobody in this industry wants to do harm”.

Unfathomable for many of us, some donor conceived people have reported learning that they have tens – potentially hundreds – of siblings, all of whom have been fathered by the same donor. On TikTok, Izzy’s story went viral in 2021 after she shared that, after taking a DNA test to learn more about her ancestry, she was invited to a Facebook group filled with at least fifty of her half-siblings. As Izzy says in her video, there’s concern that “because there are so many of us we may end up dating someone who happens to be a sibling”.

While the odds of this happening are slim, Izzy’s fears aren’t unfounded. In 2019, one man took to Reddit to lament that he had been dating his half-sister, unbeknownst to him, for the past year. One user commented: “Makes you wonder if this service should continue to be provided. A company basically created a large number of half siblings in upcoming generations, which is basically incest on a large scale.” Although many DCAs are aware of their origins, serious issues arise when their paternal lineage has not been disclosed, or their father’s sperm improperly distributed, which has resulted in disproportionate genetic consanguinity in some places.

Melissa Bornico, a DCA and the U.S. Donor Conceived Council’s Vice President of Development and Director of Social Media, tells Huck that issues like these are the fault of improper donor laws in the US, where there’s currently no limit on the amount of families who can use one donor. Although the American Society for Reproductive Medicine has non-binding guidelines that recommend 25 donor conceptions per 800,000 people in an area, Melissa says this is still far too high. “In New York City, that’s 264 half-siblings in the same area. In all of the US, that’s over 10,000 half-siblings. And then when those DCP start having kids of their own, that’s even more first-cousins in one geographic location.”

i just really find it appalling that the united states has no protections for donor conceived or adopted children. why is adult anonymity prioritized over a child’s medical history? most countries give this info up to you when you’re 18!!

Netflix’s 2022 documentary Our Father offered an in-depth exploration of such a case. Donald Cline, a religious fanatic and fertility doctor, artificially inseminated women with his own sperm in Indiana throughout 1974 and 1987, resulting in at least 94 confirmed offspring. Although Cline was only given a one year suspended sentence for pleading guilty to obstruction of justice, the women he inseminated successfully passed legislation in Indiana, making illicit sperm donations a criminal offence. The documentary, however, also shockingly revealed that DNA testing had shown that at least “44 additional doctors have been found to use their own sperm to inseminate fertility patients”. In Australia, DCA Fiona Darroch learned that she was fathered by Dr Norman ‘Tony’ Walker following a genetic test, which revealed she could have up to as many as 300 half-siblings around the world.

It’s here that the USDCC makes its advocacy for banning anonymity and other regulatory changes clear. Melissa says that the council’s recent advocacy survey highlighted recurring issues for donors, parents, and donor conceived people in the US which included the failure to: verify donor self-reported information, properly educate parents and donors, and keep accurate and permanent records. “People are being harmed by, and even sometimes dying from, unknown medical history,” Melissa tells Huck. “Even worse, there are DCP who have to practically beg the donor for their medical history after they find them. It can get quite dehumanising.”

Despite the forthcoming legislative changes in the UK concerning donor anonymity, things aren’t as clear or as transparent as they could be. Dr Grace Halden, a cultural historian specialising in reproductive technologies and donor conception who has donor conceived children herself, tells Huck that “a donor can assist up to 10 families; however, what is often not made clear is that gametes [reproductive cells] can be exported to help additional families beyond the UK”. She says that this “lack of clarity regarding exportation has taken many UK families by surprise”.

With the assisted reproductive technology sector estimated to reach $54.7bn in value by 2028, there are worries about the power that the fertility industry may yield in the future. “Donor conceived people often feel like the infertility industry treats them like products,” John says. “As much as I’m sure there will be impressive technical innovations as a result […] at the end of the day these companies are driven by profit, not what’s best for donor conceived people.”

Indeed, behind the for-profit industry are real people who have the same human rights as anyone else. While donor conception poses a unique set of potential problems, groups such as the DCN and USDCC offer small but tangible steps for fertility clinics to take to improve life for all involved. And when done ethically, donor conception, in Grace’s words, enables those “to have children when otherwise [they] would have been unable.”

“I feel blessed every single day,” she says. “To be a mother to my wonderful children is a gift beyond measure.”

Linkedin
OTHER ARTICLES
Activists and campaigners are fighting back against new laws that would seriously undermine the ability to take industrial action, calling it an attack on fundamental workers' rights.
After building his reputation covering the US civil rights movement in the 1960s, the photographer went on to produce some of the most enduring images of the past century.
A new podcast is opening up the conversation between trans women and trans amorous men in the hope of building coalitions.
Photographer Sean Maung reflects on documenting a small town in Pennsylvania afflicted by high levels of unemployment, poverty, violence, crime, and addiction.
Mass crustacean die-offs in the North East have led a community of fishermen to take action to save their seas.
Jeffrey Henson Scales intimate portraits and protest images of the BPP and its leaders offer a rare insight into organisation at a time of societal upheaval.