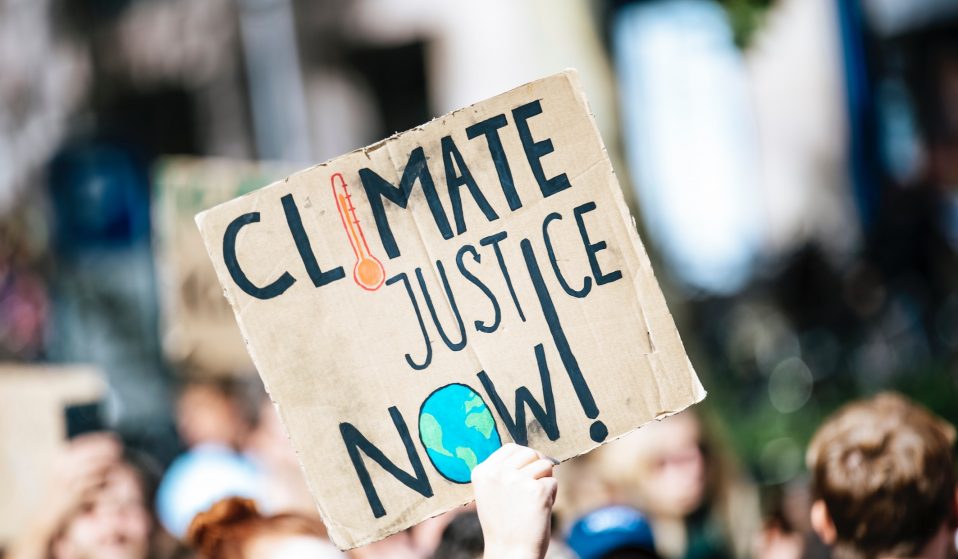 Tackling rising inequality starts with establishing a politics of care, repair and regeneration.

This year has seen increased reports of impossible choices between heating and eating, of housing precarity, and dependence on food banks. Decades of rising inequality have left families brutally exposed to our current cost of living crisis. The richest in society have increased their share of income, while real wages have dropped, overall hitting the poorest hardest. The number of working families in poverty is the highest since records began, while those living in the poorest areas of the country can now expect to live eight to ten years less than those in the wealthiest areas.

Those that contribute the least to emissions – in the UK and globally – are disproportionately hurt when floods rip away everything, or heat stress stops people from getting to work and making ends meet. Earlier this year, devastating floods hit Pakistan, submerging vast areas of land and displacing more than 33 million people with an area the size of Britain under water. At the same time, big energy companies and industrial agriculture giants – together responsible for the lion’s share of greenhouse gas emissions – continue to roll in record breaking profits.

These brave yet ordinary people stepped up into Civil Resistance because it’s our only chance at turning this ship around. We are in the midst of a cost of living and climate crisis. Rocketing energy prices are funding the companies who are torching our children’s future. pic.twitter.com/P0oQN2RGAy

The logical thing would be to stop giving away money to these industries and to nationalise them. The UK government has handed the oil and gas industry £13.6bn in subsidies since the landmark Paris climate accord was signed in 2015. Our reliance on them breeds insecurity and fuels conflict. Immediately investing in home retrofits would reduce that dependence, bring emissions down, cut bills, and improve health. The next sensible step would be to start creating citizen-led democratic renewable energy cooperatives, supporting localised agroecology, and public transport.

Yet, the British government – which has already used up 200 per cent of its fair share of emissions – is expanding fossil fuel exploration and extraction, with plans to potentially issue 100 licences, triggering an echo of crucial campaigns like Stop Cambo, Stop Jackdaw, Stop Rosebank. Given the scale of climate harms already underway, these projects should not be given any consideration. Never has the time been so right for an equitable Fossil Fuel Non-Proliferation Treaty to stop digging into deeper planetary distress, and start investing in people, places, and the planet.

The same system that has allowed inequality to grow while corporate profits balloon is the same system that has ignored those hurt by extractivism and the climate crisis. Often, fossil fuel and mining companies have left a stream of human rights abuses in their wake, as well as dangerous contexts for land defenders. While BlackRock invests $85 billion in coal alone (and much more in other fossil fuel infrastructure incompatible with a hospitable planet) it’s CEO profits from the borders that penalise those displaced unfairly, including from climate change, and it profits from the indebtedness of drought and flash-flood impacted places like Zambia.

We must reorganise our politics, economy, society and culture away from extraction and exploitation. Given the incredible levels of private investment in fossil fuels, state subsidies available for polluting industries, or the ability of countries to simply print money in the face of crises, money is clearly not the issue. It is being weaponised as one. Ultimately, the problem lies in failing to choose to centre the planet and peoples’ needs with a politics of care, repair and regeneration.

In 2008, hundreds of billions (if not trillions) were handed to the financial industry, an industry that had precipitated a global financial crisis. The same industry has funnelled billions into the climate crisis. Oil and gas companies continue to make record profits, have been barely taxed, and are stalling the necessary transition and investment in a globally just Green New Deal.

It is possible to stop deepening our crises, stop expanding coal, oil and gas. It starts with investing in good jobs in a renewable energy, sustainable agriculture, green transport, and housing revolution. We need to create and insulate homes, reducing the need for energy, keeping families warm in the winter and cool in the summer, and improving health outcomes from safer homes. It is possible to redirect funds to invest in public transport, agroecology, and land justice.  Education, health, and repair for communities hardest hit by coastal erosion, flooding and more must also be central to any response. It is beyond time for climate reparations, for those hit by poverty, extractivism and climate in the UK and globally.

In 2021, the biggest banks handed the fossil fuel industry $742 billion. They are profiting from a burning planet and rising bills, while the planet burns and the cost of living become unsustainable in the Global North and the Global South. While communities in the UK face rising inequality, the cost of responding to floods, storms, droughts and rising seas escalates – most perniciously in the Global South. And yet, 12 years of the Green Climate Fund has seen only around $11 billion of climate finance reach frontline communities, much of this in the form of loans, rather than grants.

Impoverished communities in the Global North will struggle to keep the lights on, feed their families, and heat their homes this winter. They are not driving the SUVs, taking multiple global holidays, and leading a high emissions lifestyle. At the same time, Global North countries also have a responsibility towards countries in the Global South, where communities who’ve done little to contribute to emissions are left struggling to survive, while the climate crisis spirals out of control.

On 12 November, Tipping Point alongside Race & Health, Solidarity Knows No Borders, Feedback, the London Renters Union, Revoke, the Climate Justice Coalition and many more will be connecting the dots between global justice and climate justice. Find out more about how to get involved here.

Linkedin
RELATED ARTICLES
OTHER ARTICLES
Recent research is highlighting the drug’s enormous potential for treating substance abuse.
Photographer Jeffrey Silverthorne always treated his subjects – often those living on the margins of society – with empathy and respect.
The photographer describes taking inspiration from Magnum photographers to craft an intimate and revealing portrait of the city.
A campaign seeking to prevent future injustices where there is state involvement is gaining momentum, with Labour recently pledging its support.
Meg Handler’s photos capture diverse groups of New Yorkers coming together for the collective cause of civil rights.
Ireland’s national sports are modernising. At the forefront of this movement is Na Gaeil Aeracha, the country’s first ever queer GAA club.