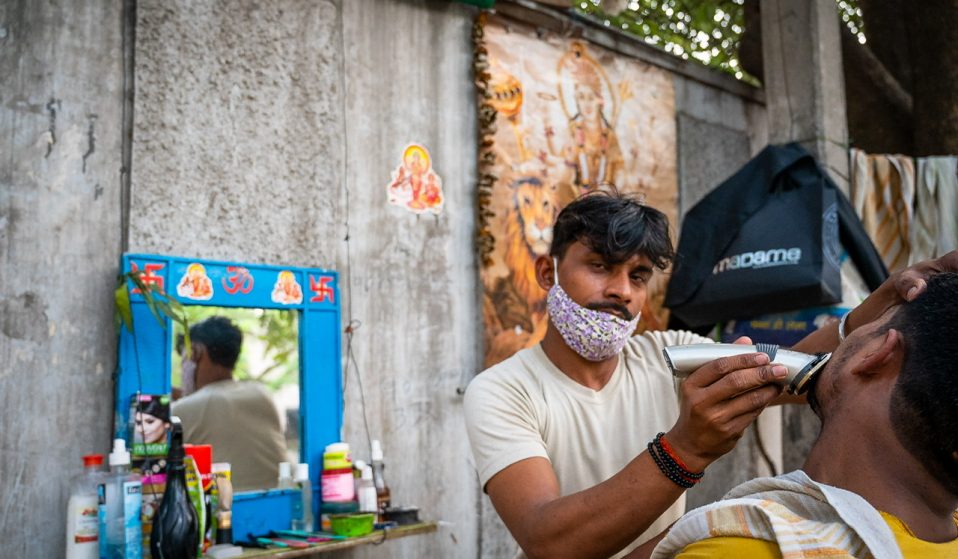 Photographer Yuvan Kumar recounts documenting India’s curbside barbers last March, who were left fighting to survive in the face of a looming second lockdown and an impending calamity.

Photographer Yuvan Kumar recounts documenting India’s curbside barbers last March, who were left fighting to survive in the face of a looming second lockdown and an impending calamity.

When the pandemic hit India in March last year, there were certain groups disproportionately impacted – particularly migrant workers and daily wage workers. The first national lockdown was announced with about three days’ notice, meaning that thousands of migrant workers had to make their way back home from the big cities.

As transport routes shut down, thousands of people were forced to walk home – some as far as two or three states away. With no proper food and drink or support, several died on their journeys. Figures reported by local media show the number of deaths in the low 300s. However, the reality was far worse.

Daily wage workers in the city – street-side barbers, food stall owners, parking ticket collectors and cart pullers – were also left to fend for themselves. And conditions became dire for many. 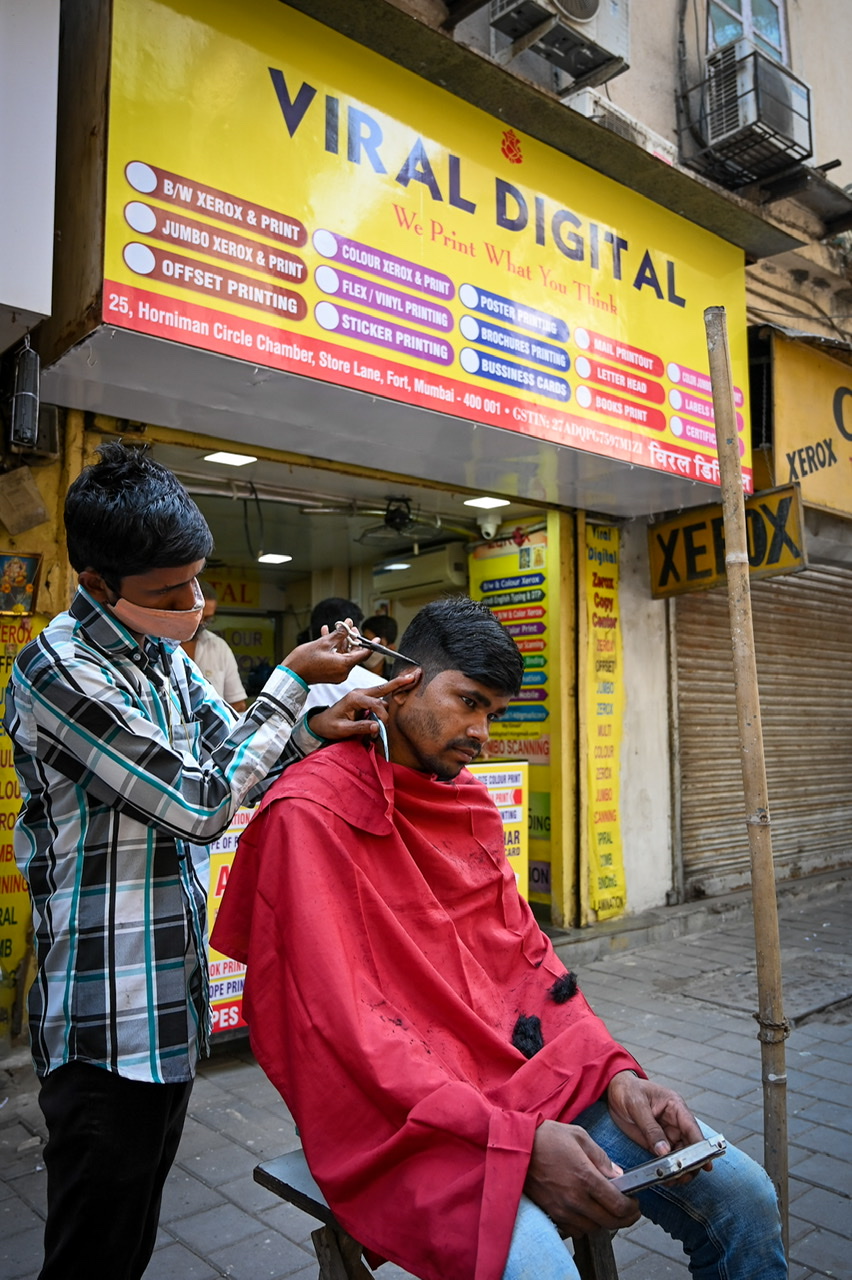 When I visited the country one year on, India’s bustling street side was just beginning to return to its former self. The street-side barbers, or nais (pronounced na-ee), were once again carrying out the daily shave or occasional trim for their customers.

Cuts are no-nonsense, quick and cheap. Commonly seen stationed near residential blocks, the barbers will have a roster of regulars – almost always males. On a good day, there can be dozens of customers. In normal times, barbers would also be stationed in business districts, meaning customer could avail of their services before, during or after the working day. As one barber in New Delhi explained to me: “Because of Covid-19, I moved my stall to this [residential] area to try and get more business.”

The barbers usually carry on from generations before them, and their low income often prevents them from opening their own salons. But there is also another reason for wanting to continue working from the streets, as another barber explained: “Why would I open a salon? This is how it has always been – it keeps me connected to the community.”

This is not to say Indian nais don’t own their own establishments. Little salon-like shops can also be found in the cities, but are likely to be more expensive. The various levels of affordability ensure that all the types of barbers remain in business. 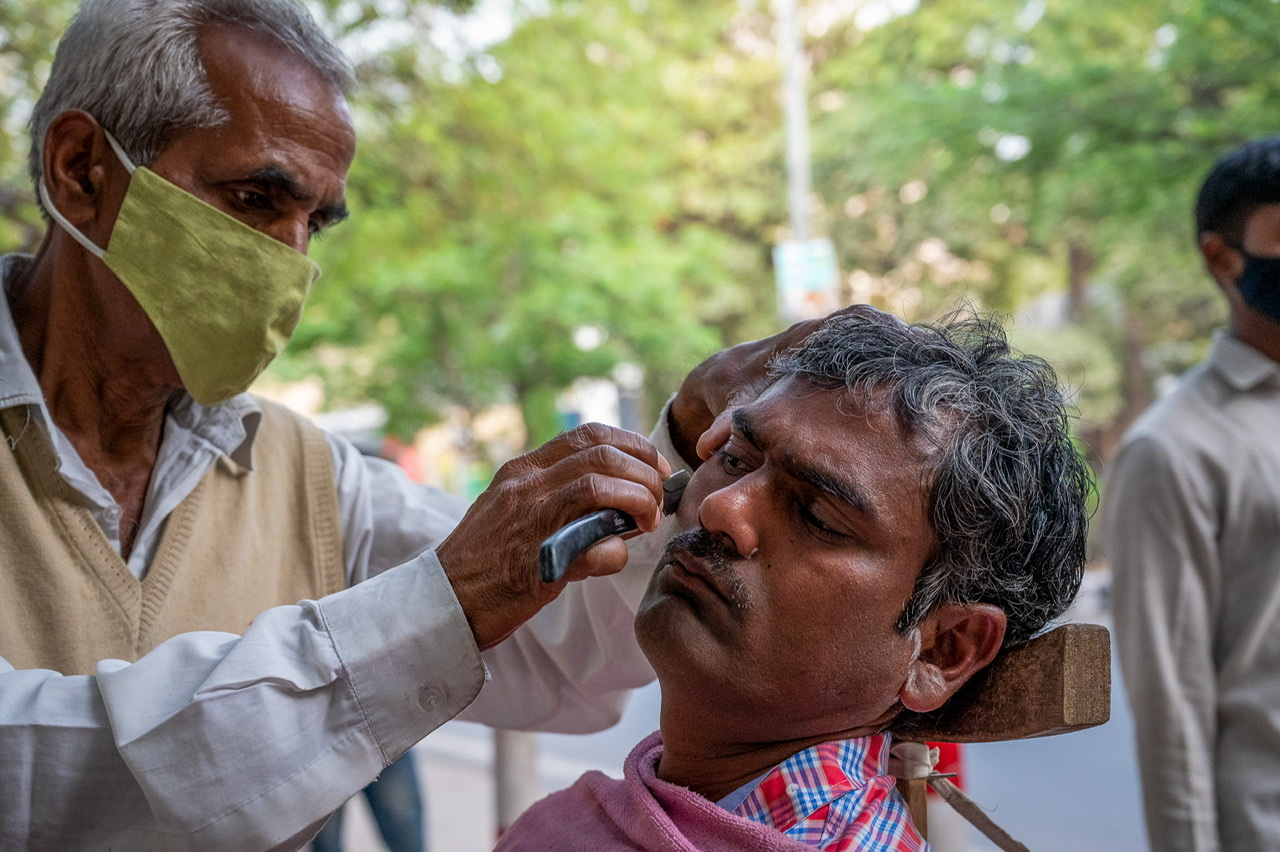 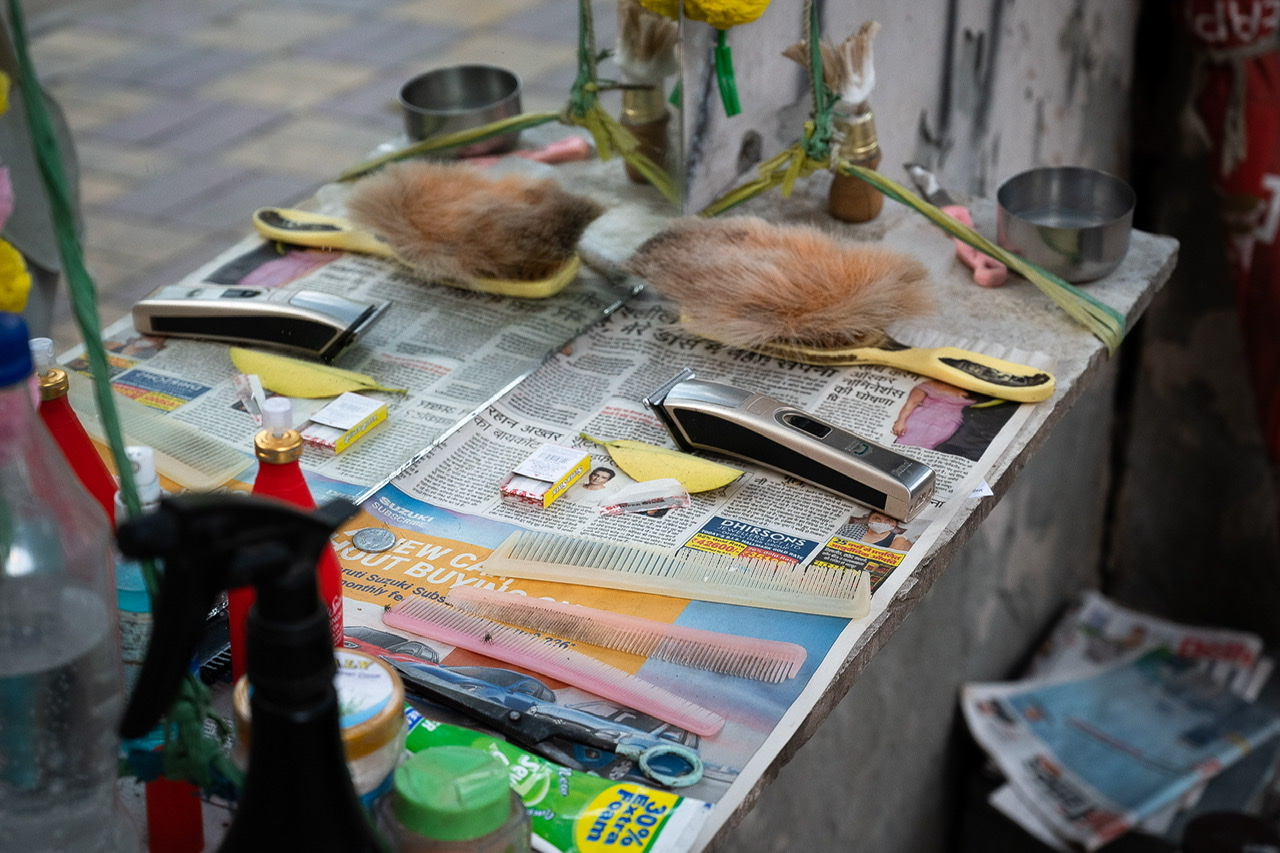 The curbside barbers are an integral part of the city’s fibre, but they are always fighting to survive. Notorious monsoon floods in Mumbai, for example, are a constant threat. Just earlier this month, 200,000 people in low-lying areas were moved to shelters as a result of Cyclone Tauktae, which battered the west coast of India.

One of the barbers I spoke to said that he had never once felt the kind of uncertainty 2020 brought in his 30 years of business. At the time of making this series in March, some of these barbers were tentative, as another lockdown hung over Mumbai. “There is business right now,” one of the stall owners told me. “I get a few people a day, but even less since cases spiked.”

And sure enough, conditions returned to a desperate state in early April this year, as the country began to feel the devastating effects of its second wave. With a nationwide lockdown announced soon after, the fate of the street-side vendors was sealed. 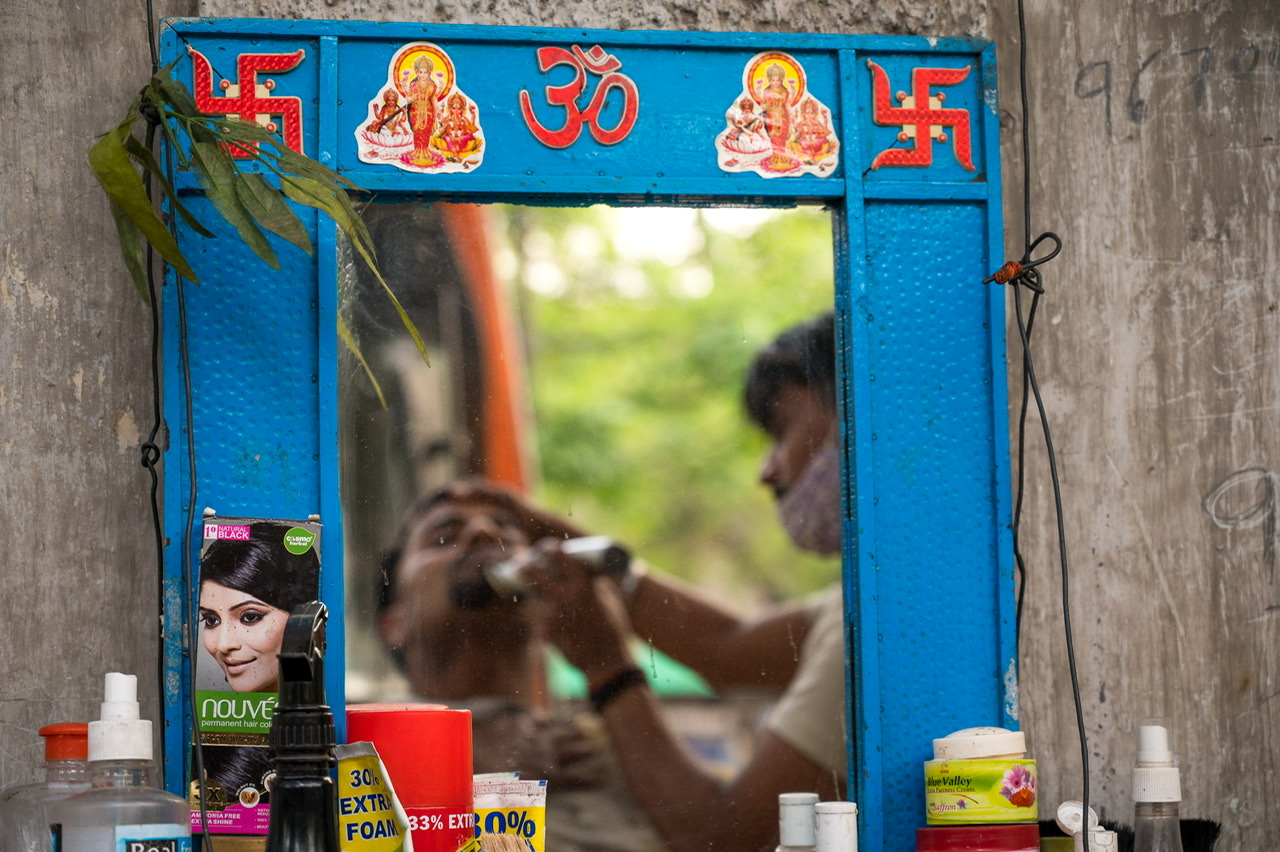 Local sources say that this lockdown has been the strictest yet. “None of the street side vendors has been allowed to operate for these last few weeks,” explains one source. But things have started to look up as cases have gone down in some states.

There is a resiliency that keeps the barbers afloat no matter the calamity. Something constant, despite ongoing urban development, riots or even a global pandemic. They may be overlooked, but these everyday Indian heroes are never forgotten. 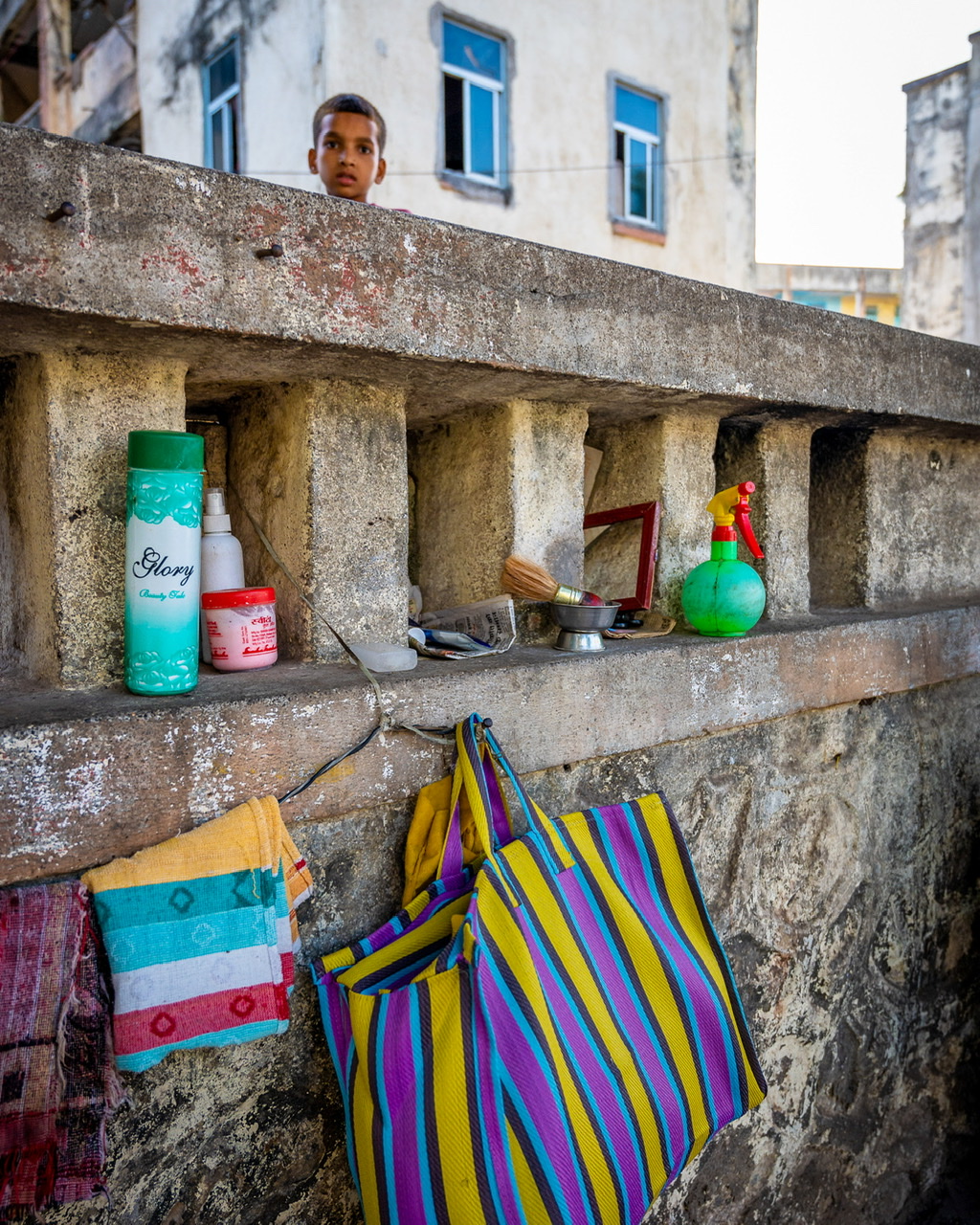 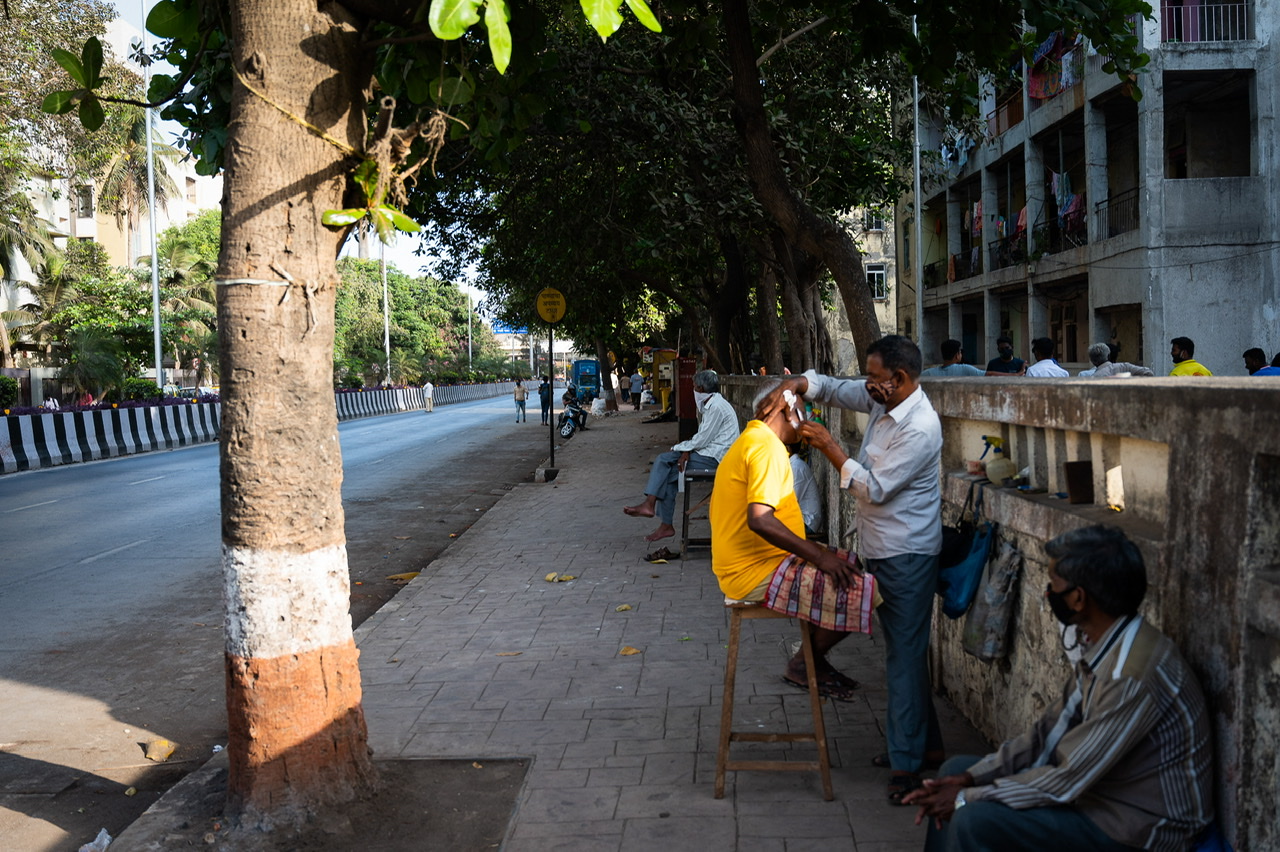 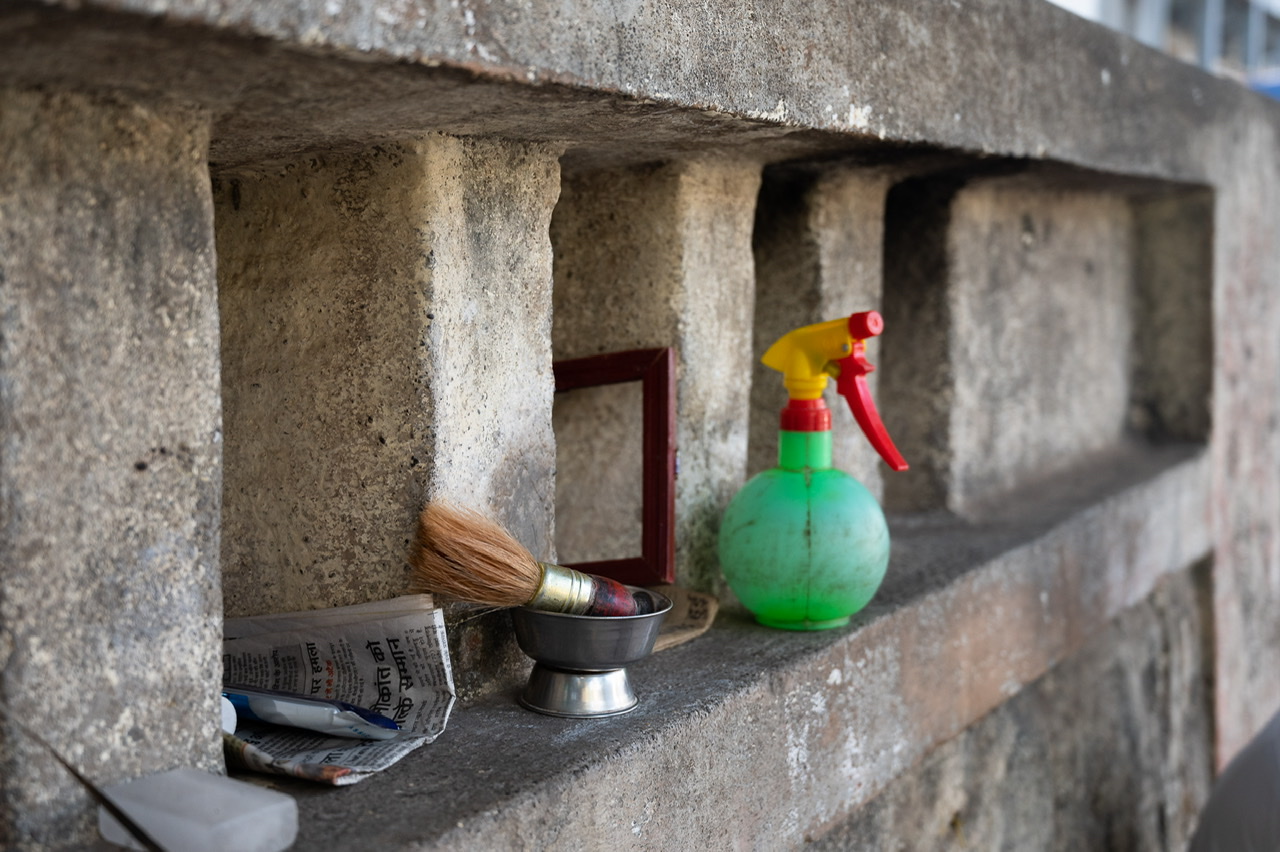 Linkedin
RELATED ARTICLES
OTHER ARTICLES
Photographer Robin Graubard’s debut book offers an unflinching record of turbulence and change across the Balkans.
The revered showbiz chronicler recalls his journalistic beginnings, documenting subcultural scraps in the ’80s.
Members of the collective share some of their reasons to run as part of #UnitedBySummits, a campaign that looks to uncover transformative power of the outdoors.
Following the release of his latest album God Don’t Make Mistakes, the rapper talks horror villains, police brutality and being unafraid to show his vulnerable side.
The situation in Afghanistan remains dire, with many groups facing persecution at the hands of the Taliban.
While protests over abortion rights rage in the US, access to abortion services is still almost nonexistent in parts of the UK.