News & Politics / The men deradicalising other men on Reddit 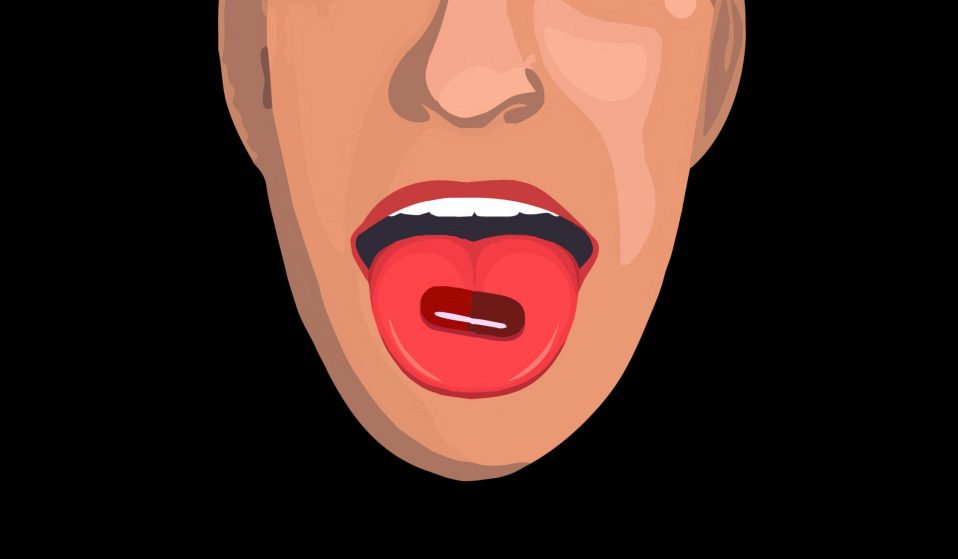 Volunteer-run online spaces are combatting the rise in incel extremism by offering an alternative for men to find healthy community.

Volunteer-run online spaces are combatting the rise in incel extremism by offering an alternative for men to find healthy community.

Jake, a 28-year-old from the USA, had long struggled to talk about personal issues with friends and family. He felt excluded from mainstream progressive spaces, saying that his experience with autism was ignored. “Disability isn’t in vogue,” he says, “so it’s usually overlooked.”

He eventually stumbled across the ‘manosphere’ – a collection of websites, blogs, and online forums promoting masculinity, misogyny, and opposition to feminism. It’s a space which comprises communities that include men’s rights activists, incels, Men Going Their Own Way, pick-up artists, and fathers’ rights groups. In the manosphere, “Suddenly you’re validated,” says Jake, who first began interacting with this kind of content on Twitter in the form of memes. “They acknowledge you have problems… They tell you it’s not your fault, and take your side.”

The longer Jake spent in the manosphere, the more his worldview started to shift. “I started to see women as shallow, self-absorbed gold diggers […] who instantly turned their nose up at any man who wasn’t a 6’4” millionaire,” he says.

Reddit was once a hotspot for incel subculture and misogyny that make up the manosphere. And, today, despite the banning of its most infamous subs (r/incels was removed in 2017), misogynistic content can still easily be found. For example, despite the moderators of r/PurplePillDebate banning “incel jargon”, many of its posts contain sexist remarks; while r/MensRights’ rules state that only  “serious misogyny” will be removed – as if there is an unserious sort.

Amid the explosion of hateful content online, alternative subreddits have emerged in direct reaction to the manosphere. Among them are r/IncelExit, r/ExRedPill, r/BanFemaleHateSubs, and R/MensLib – founded in 2015, the subreddit, whose name is a shortening of ‘Men’s Liberation Movement’, is arguably the largest devoted to deradicalisation and combating misogyny, boasting some 200,000 members. Its mission is summed up by the subreddit’s title, which reads: “Be the men’s issues conversation you want to see in the world.”

Users typically share personal stories and articles from around the web about the pressures of being a ‘real man’, the struggles of making friends and fatherhood, providing a space for users to express their feelings and to offer their support and advice to others. Recent popular posts include “how to call out other men” and another titled “hearing trans men’s stories makes me feel so validated”.

Jake credits r/MensLib with preventing him falling further into the manosphere. The subreddit, which he stumbled across after googling “why is the world so hostile to lonely men”, helped him to find a “healthy community” to discuss the issues affecting him. “It sucks that it’s the only space I’ve ever found like that,” he says, “but I’m very grateful for it.” Today, Jake still sometimes struggles with stopping himself slipping back into dangerous modes of thought. However, r/MensLib is a space he can go to which “pushes back” on harmful notions.

Jake will sometimes post about his journey on the sub. “I shudder when I think about how close I was to getting sucked into the manosphere,” he previously wrote on the subreddit. “When you’re isolated… it can be easy to delude yourself into thinking [they] are the only ones on your side.” These kinds of posts are typically met with an outpouring of support. “This is a message of hope. I’m so happy for you,” one Redditor commented on Jake’s post.

The growth of r/MensLib takes place against a backdrop of rising incel extremism. Last year, Jake Davidson, the 22-year old who carried out Britain’s worst mass shooting in 11 years, in Plymouth, was found to have participated in an incel-adjacent subreddit, according to Mel Magazine. Meanwhile, an increasing number of UK schools are reporting pupils to the government’s counter-terror scheme Prevent over suspected incel radicalisation, while seven in 10 female teachers report experiencing misogyny at work –  mainly from students.

These men murder women en masse. They murder women time and time again and fucking nobody in power takes this kind of radicalisation seriously. Jake Davidson isn't a one-off. He exists within a much bigger culture of misogyny.#Plymouth #shooting https://t.co/XaLM3yqOae

Well-aware of the potential for online misogyny to tip into real life violence, the moderators of r/MensLib often feel as though they shoulder a huge responsibility. Thomas*, a 29-year-old software engineer based in the UK, has been moderating r/MensLib for five years. He explained that the subreddit specifically emerged in reaction to the ‘Men’s Rights’ movement, whose discussions of issues affecting men, such as mental health and loneliness, “were in bad faith and were being used as a pretext to go after women online.” By contrast, r/MensLib seeks to provide a space to discuss these issues in a manner that “focuses on solutions, positivity, inclusivity, and mutual support”, explains the subreddit’s mission statement.

“We are conscious of trying to leave the door open to people to join a better community,” Thomas says, “as long as they’re showing open-mindedness and a willingness to abide by the rules [of the subreddit].”

Thomas is, however, acutely aware of the subreddit’s limitations, noting the complex mental health problems many members r/MensLib will be facing. Studies have noted positive correlations between hostile sexism and incel ideology with the mental health symptoms of depression and anxiety. Similarly, feelings of loneliness or low-self esteem increase a user’s vulnerability to radical ideologies.

“We’re not therapists and we don’t want to present ourselves as such,” says Thomas. “However, I think there’s a tendency to feel more comfortable to speak without a filter with anonymous strangers.”

Another moderator, Cole, a 31-year-old based in the US, has always identified as a political activist, but his convictions as a feminist were solidified in his college years as he realised the scope of sexual violence, which had affected both his sister and partner at the time. “When I learned what happened to my sister, it made me angry and broke my heart,” he says. “When I realised that she was closer to the norm than the outlier, it changed my life forever.” Cole adds that his investment in r/MensLib “is bigger than the women in my life… It’s about building a more just society for everybody.” He sees his moderation of the subreddit and helping other men as an extension of his real-life activism.

Understandably, the moderators often feel overwhelmed by the task of managing such a large and diverse sub. Moderators have limited tools available to influence the discourse outside of removing comments, banning users from the subreddit, or reporting them to Reddit if they think they are at risk of harming themselves. This, alongside Cole’s belief that de-radicalisation must involve offline – but often inaccessible – sex education and mental health resources, can make his experience as a moderator a frustrating one.

“Reddit was, and remains, a place that is relatively hostile to women and other non-masculine gender identities,” says Cole. “One of the through-lines that you feel as a moderator is helplessness.”

However, he hopes that even if the sub is not always a place that is effective at deradicalisation, it could at least offer a counterpoint. “When someone who maybe isn’t engaging out in the real world and all they see is hate on the internet, it’s very easy to develop opinions that that’s normal,” he says. “I just want them to see that there is an alternative to hatefulness in gender relations.”

Dr Jens Binder is an Associate Professor of Psychology at the University of Nottingham Trent specialising in cyberpsychology and online radicalisation. Binders says that online radicalisation can be difficult to combat – even for big tech companies. “You are dealing with thousands and thousands of users each day,” he says. “It becomes virtually impossible to predict who will go on to become a truly radicalised individual or who will have harmful experiences from specific online engagements.”

This minority can be particularly hard to detect, as studies show that there is no single, typical profile of an extremist offender. Despite this, Binder is optimistic about the work of peer-led digital spaces like r/MensLib. As Binder explains, it would be incredibly difficult for people seeking to de-radicalise users to infiltrate active extremist forums, so there is a need to offer their users, or those vulnerable to their ideologies, alternative spaces.

In fact, forums like r/MensLib may be effective as they are “still somewhat related to where the vulnerable individuals are coming from”. They operate in the same digital space as the grievance-based misogynistic communities and members will be familiar with the language, concerns, and worries of the individuals that are vulnerable to them, says Binder.

His research suggests that those on a pathway of online radicalisation may, in part, have been looking for a sense of belonging online, a possibility for exchange among like-minded people in a place where they find it easy to join in. “If that is truly the case, one conclusion is if you offer them good alternatives – online or otherwise – then maybe you can divert some of these individuals away from the very dangerous, violence endorsing places where they also find a sense of community or understanding.”

A Reddit spokesperson told Huck: “Reddit’s sitewide policies strictly prohibit content that promotes hate based on identity or vulnerability, or encourages, glorifies, incites, or calls for violence against groups of people or individuals. In line with these policies, we remove hateful, violent, or incel-related communities and content, and take action against the users that engage in this behaviour.”

It’s clear that many men are continuing to turn to the internet to cope with internal and external pressures, whether they are searching for a community or struggling with traditional standards of masculinity. Subreddits like r/MensLib may present a pivotal moment in their search: if not a moment of deradicalisation, then one of diversion.

However, the question of how to reach these men, how to prevent and divert them from pathways lined by harmful ideologies, remains a complicated one – one which demands more answers than peer-lead digital spaces.

*Name has been to changed to protect identity

Linkedin
OTHER ARTICLES
Activists and campaigners are fighting back against new laws that would seriously undermine the ability to take industrial action, calling it an attack on fundamental workers' rights.
The action took place in response to the 200 asylum-seeking children who were placed in hotels run by the Home Office who have gone missing.
AI companies that develop image-generators using copyrighted artwork from the internet are coming under fire from artists who say that it amounts to theft.
Photographer Becky Tyrell went down to the fading banger and stock raceway to meet a community desperate to keep it alive.
After blocking the Scottish government’s gender recognition reform bill, Westminster is now devising further changes to the law to make it harder for trans people to self-identify.
A new film from Berghaus traces the story of Adam Raja, who left behind a turbulent upbringing to discover the healing power of climbing.