News & Politics / The Moldovans living in fear of Russian attack 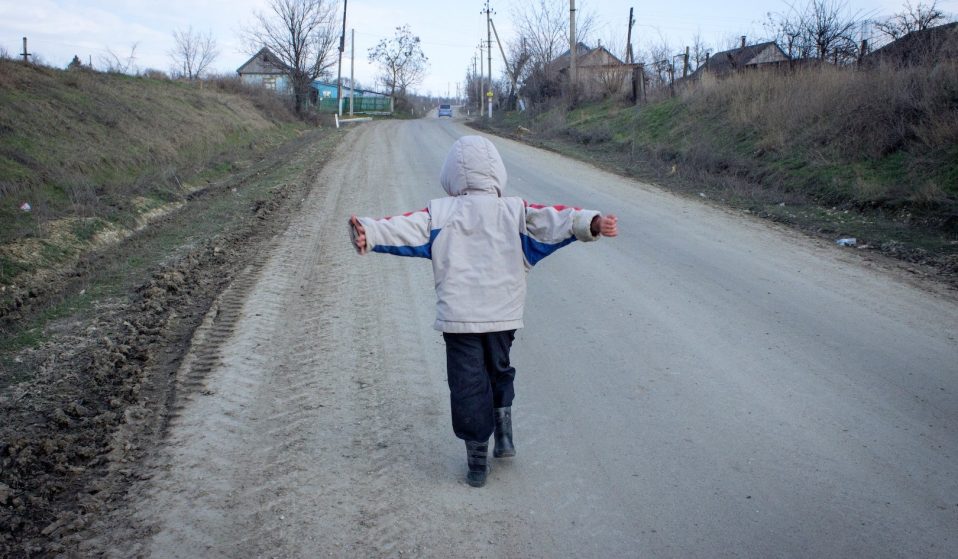 Amid the war in Ukraine, attention is increasingly turning to Moldova, as citizens prepare themselves for the possibility that they could be Putin's next target.

Amid the war in Ukraine, attention is increasingly turning to Moldova, which has taken in more Ukrainians per capita than any other country. Now, citizens are preparing themselves for the possibility that they could be Putin's next target.

On the morning of 24 February, Tatiana Popa, a teacher living in Orhei, north of the Moldovan capital Chișinău, woke up to a strange noise. At first she thought it was fireworks, but that didn’t make sense – it was early in the morning, and the sound wasn’t quite right.

She soon realised with horror that it was in fact the sound of war breaking out across the border in Ukraine – just 20 miles from her home. Tatiana drove to school that day in tears, trying to explain to her two children what was happening. When she got there, she found that nobody knew what to say. Despite Covid rules enforcing social distancing, the students hugged and cried.

Like others across Moldova, Tatiana hadn’t really believed that Russia would invade Ukraine. But the last two weeks have changed everything, and heightened the awareness of Moldova’s own vulnerability. “Putin has stated not [just] once about wanting to reinstate the former Soviet Union,” she tells Huck. “We are all scared here… We all know and fear that we might be next.” 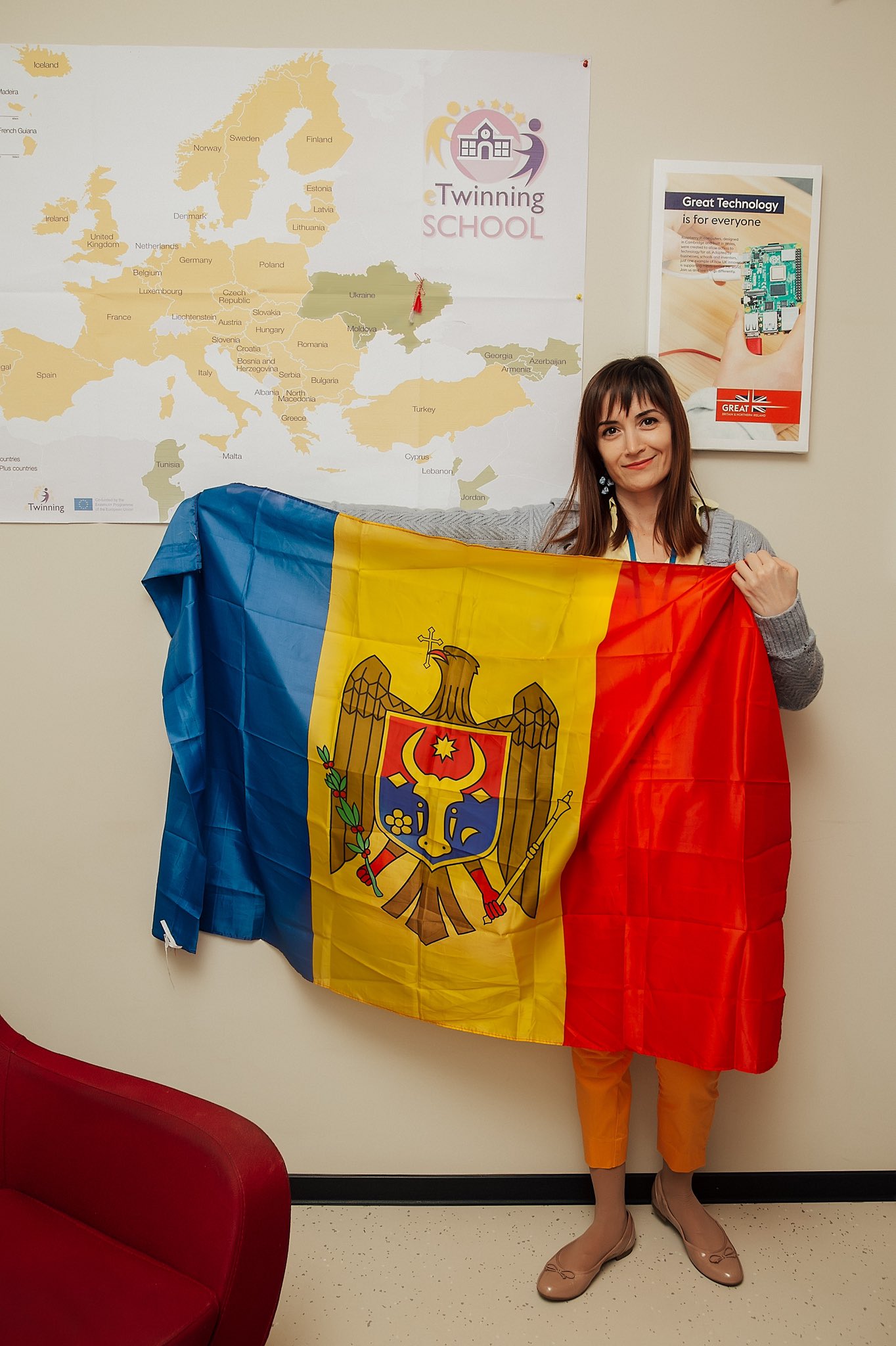 Tatiana holds up the Moldova flag

Many in the tiny former Soviet republic, sandwiched between Romania and Ukraine, are hopeful that the strength of Ukrainian resistance will deter Vladimir Putin from going further. But as the country’s President Maia Sandu said, “there is no possibility for us now to feel really safe or secure”.

Like Ukraine, Moldova is not a member of either the EU or Nato. It is neutral, maintaining only a small army. It also has a Russian-backed breakaway region, Transnistria, where Russian weaponry, ammunition and troops have long been stationed. It was reported this week that Western intelligence sources believe Russia could attempt to create false flag attacks in the region to justify an invasion, mirroring events that took place in eastern Ukraine in the lead up to the war.

And so, while they hope for the best, many Moldovans are also preparing for the worst. People are pulling together grab bags and passports in case they need to leave in a hurry, stockpiling food and foreign currencies, or even clearing out basements and figuring out where they could shelter if needed. 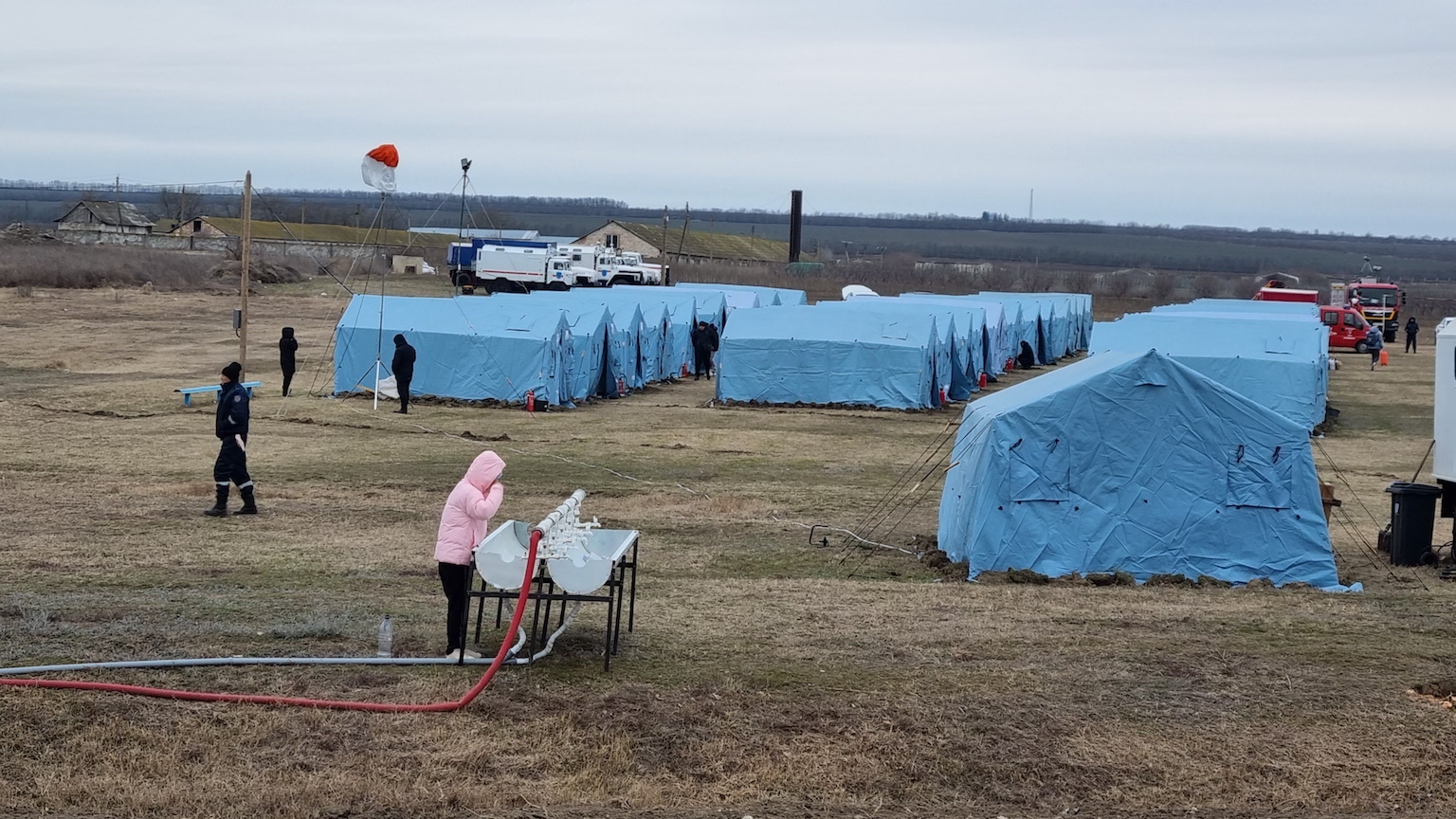 Some have left the country already. Government records suggest that more than 62,000 Moldovans left the country in the ten days after the start of the invasion – roughly a 50 per cent increase on the same period last year.

Some of the families from Tatiana’s school have gone to Romania, where many Moldovans have connections, with children joining classes remotely until the situation becomes clearer. Tatiana has decided to stay for now, but like everyone else she knows, she has packed a suitcase just in case, and is trying to secure a pet passport for her cat to ensure the family could take her across the border. Yulia Serbinovich, 25, who lives in the capital Chișinău, says that “the level of anxiety [in the country] is very high”, with some people resorting to anti-anxiety medication in a bid to remain calm.

“I’ve heard stories of people who are sending their young men to some [other] European countries, because we know very well that in Ukraine men cannot leave the country,” she says. People have also started buying foreign currencies, stocking up on non-perishable foods and making sure their cars are filled with fuel. 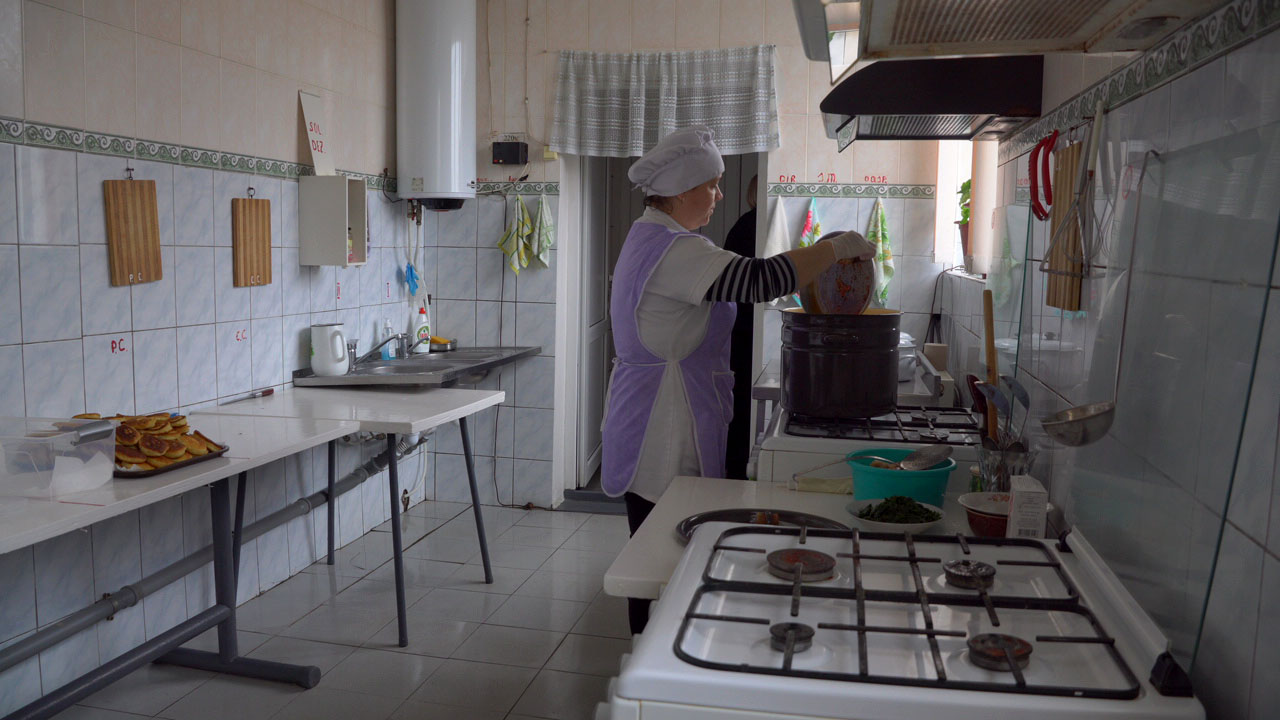 Yulia is urging people to remain calm – she believes Moldova will be protected by its neutral status and the fact that it is not as “interesting” politically to Putin as Ukraine. But she is also taking precautions. “I prepared two maps with documents just in case. I do hope not to use it… but just to be prepared,” she says.

In the city of Balti, Nicoleta, 26, who didn’t wish to give her last name, says she even knows someone who is trying to get the cellar of their apartment block cleaned out in case it needs to be used as a shelter.

All this is playing out just as Moldova – one of the poorest countries in Europe – mounts a massive effort to support the refugees fleeing across its border, with the government, companies, NGOs and ordinary members of the public all chipping in to help with offers of accommodation, food, transport and necessities. The government says that more than 250,000 refugees have arrived in the country so far, equivalent to about 10 per cent of its population.

While that pales in comparison to the 1.2 million or more that have arrived in Poland, it means that Moldova has received more refugees per capita from Ukraine than any other country ― and some feel it didn’t receive the same level of international attention and support in the early days of the invasion as Ukraine’s EU neighbours. 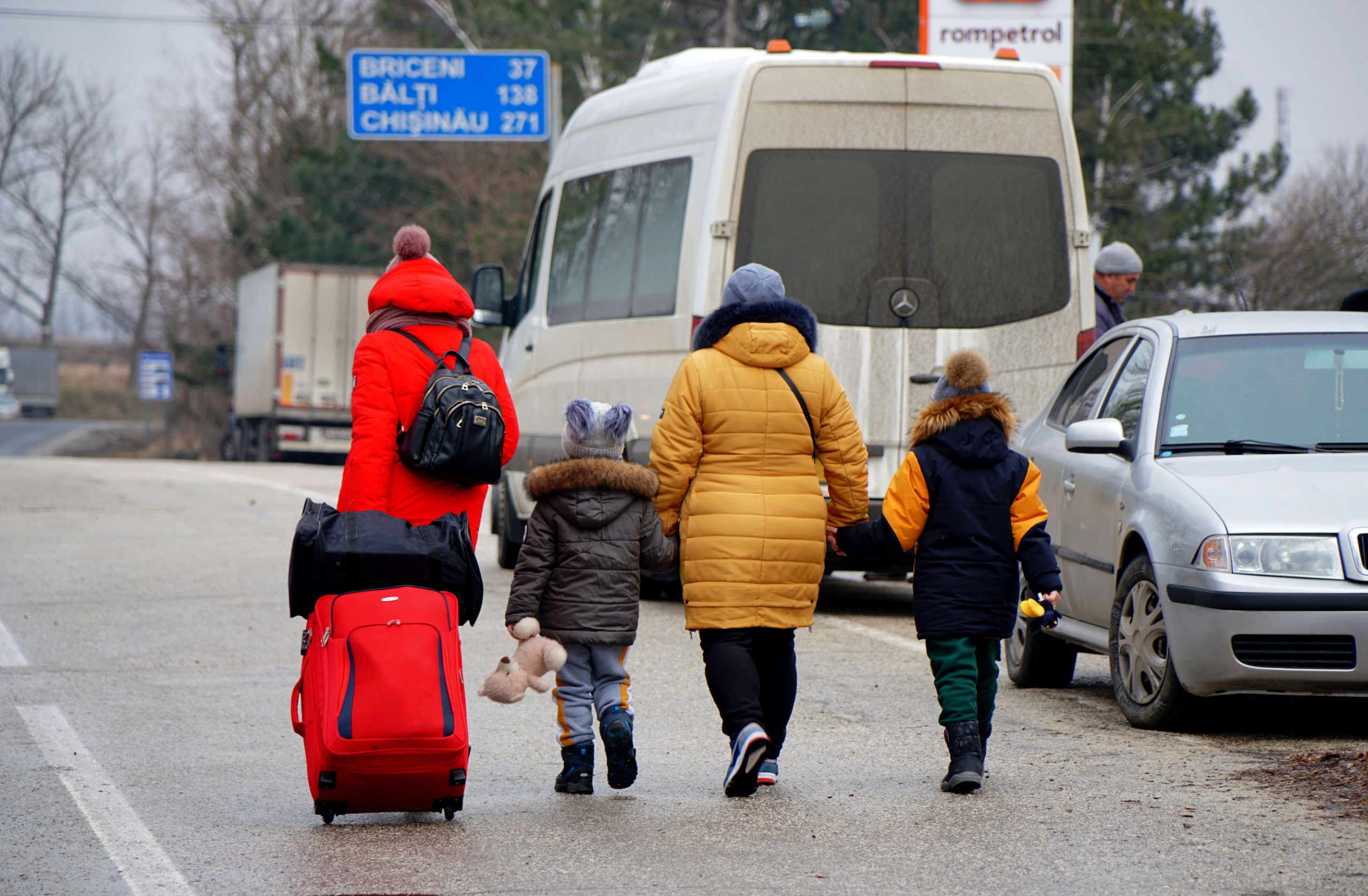 “In Moldova, people are very worried about what is happening,” says Lucia Tăut, a documentary filmmaker based in Chișinău. “Everyone is trying to help the refugees, to provide them with accommodation, food, to help them with what they can.

“At the same time they are watching the events that take place in Ukraine,” Lucia adds. “We are worried about whether we are the first line of peace at the moment, [and] at any moment we can become Russia’s next target.”

She sees the number of Moldovan families who are housing Ukrainian refugees as a sign of optimism – that people in general are not expecting to have to flee any time soon. “What I and those around me are thinking [about] now is how we can help Ukraine win,” Lucia says. “We do not want to be under Russian rule again […] I am afraid of what might happen if Russia does not stop fighting in Ukraine. Moldova is a small country, it has no army, the economy is very low.”

Many Moldovans have received messages from friends and family across Europe urging them to come and stay. In Romania, a partner school has offered Tatiana’s colleagues and students refuge if they need it, and she says she’s lucky to have connections across Europe she can rely on, which not all Moldovans do.

But even so, “I don’t know how we would manage to start a life from scratch and to leave everything that we have here,” Tatiana says. “We have fought for our independence, for our values, and now we [may] have to leave it all behind.”

Linkedin
RELATED ARTICLES
OTHER ARTICLES
Whether it's partygate, the climate crisis or the spiralling cost of living, the fightback begins on the picket lines writes Tommy Vickerstaff
On the fifth anniversary of the tower fire, around 18,000 joined the walk to remember the 72 dead and to demand justice.
Over a dozen Stop Deportation activists locked themselves to each other outside a detention centre to prevent coaches taking those due to be on the Rwanda deportation flight from leaving.
A new edition of a seminal book brings together iconic images of the band onstage in their full glory and backstage in moments of unguarded camaraderie.
The singer-songwriter discusses her intimate new project – and the advice she’s picked up across a career as one of rock’s leading voices.
In her new book, the author explores the country’s housing crisis in human terms and calls for radical action to address a broken system.