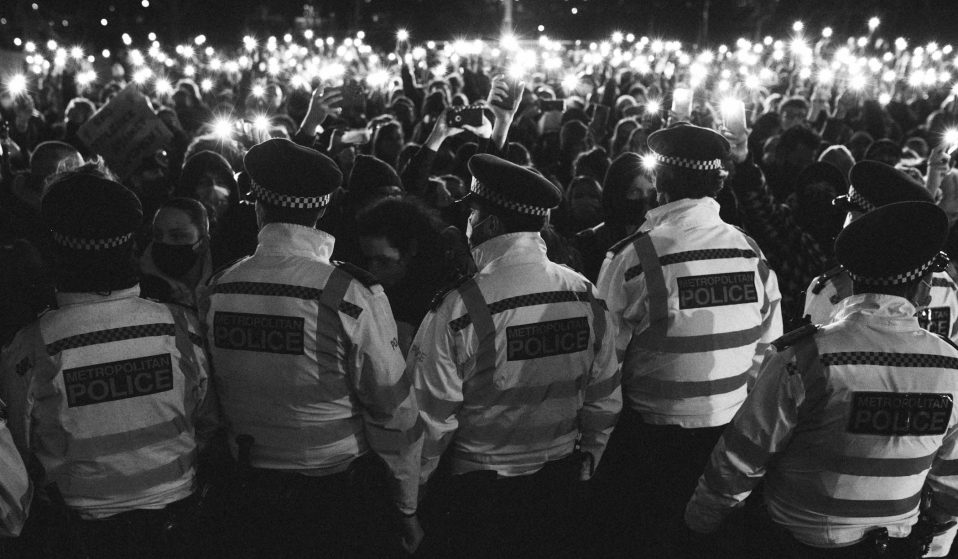 Last weekend (March 13), thousands came together to grieve a senseless killing. Her death is thought to be part of a broader statistic of the one woman killed by a man every three days in the UK. Despite reportedly being told “not to go out alone”, and that the planned vigil on Saturday could be unlawful, hundreds of women turned out to gather at Clapham Common. They lit candles, laid flowers, and mourned her.

In response to their grief, women were brutalised by the Metropolitan Police, who showed up as a “safety” measure, but were shown in footage to have violently grabbed women from the Common’s bandstand, and made multiple arrests. Notably, an image of peaceful protester Patsy Stevenson being pinned down by multiple police officers swept the papers and the online sphere – outraging even those who had watched on silently from their homes as Black Lives Matter protesters were kettled and violently policed at protests over the summer.

It felt that there was a growing and meaningful conversation happening in the mainstream – which undoubtedly built on the momentum of last year’s action – about what really keeps women safe. As women shared online traumatic stories of harassment and sexual violence they had faced at the hands of men and collectively resisted the victim-blaming of the police, it felt like the first conversation that sprung up in the mainstream was: “What can men do?” Suggestions ranged from crossing the street when they find themselves walking behind a woman at night, to making an effort to challenge misogynistic narratives among men in their everyday lives. After all, the responsibility for dismantling violence against women doesn’t primarily lie with women, but with men. 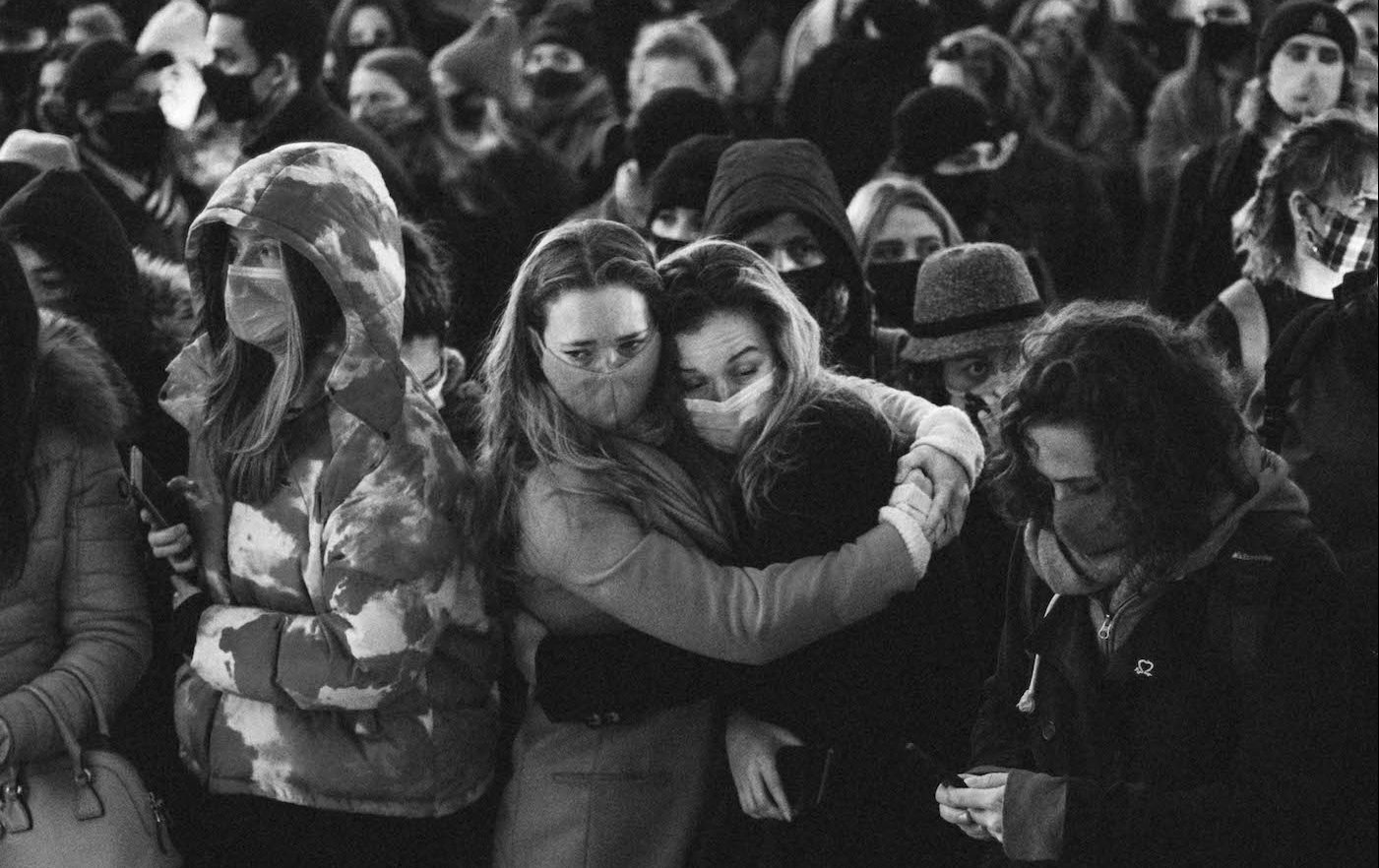 While well-meaning, the focus on reforming the individual behaviours of men who consider themselves to be the “good ones” does not go far enough. It, firstly, presumes that the average man on Twitter would never cause harm against a woman – positioning violence as something that happens “elsewhere”. In reality, as abolitionist organiser Mariame Kaba says, the majority of violence is “not some stranger in the dark alley who jumps out at you, it’s your uncle, it’s your friend, it is somebody who is proximate”. So, a conversation that starts and ends at the behaviours of “good men” inadvertently dismisses the gendered violence that is rife within our own communities. Specifically, 90 per cent of rape survivors were assaulted by someone they already know.

Of course, in a number of cases, the perpetrator is a stranger encountered on a walk home at night – the image of a violent man that has long been evoked in our collective consciousness. And still, the kinds of interventions men were discussing en masse (like talking loudly on the phone as you walk past a woman, to declare you are not a threat) will ultimately not save women from the very real threat of a violent man. While men who consider themselves allies can exhibit behaviours to create an artificial feeling of safety, these behaviours in themselves are not the same as real safety.

Misogyny runs deep within the institution of the police. Earlier this year, five Hampshire police officers were sacked for making sexist comments. The court was told that within the unit: “Women were called or referred to as ‘whores’, ‘sluts’, ‘sweet tits’ or ‘sugar tits’… the officers ponder amongst themselves if a person using the Tannoy system is ‘getting any cock’.” 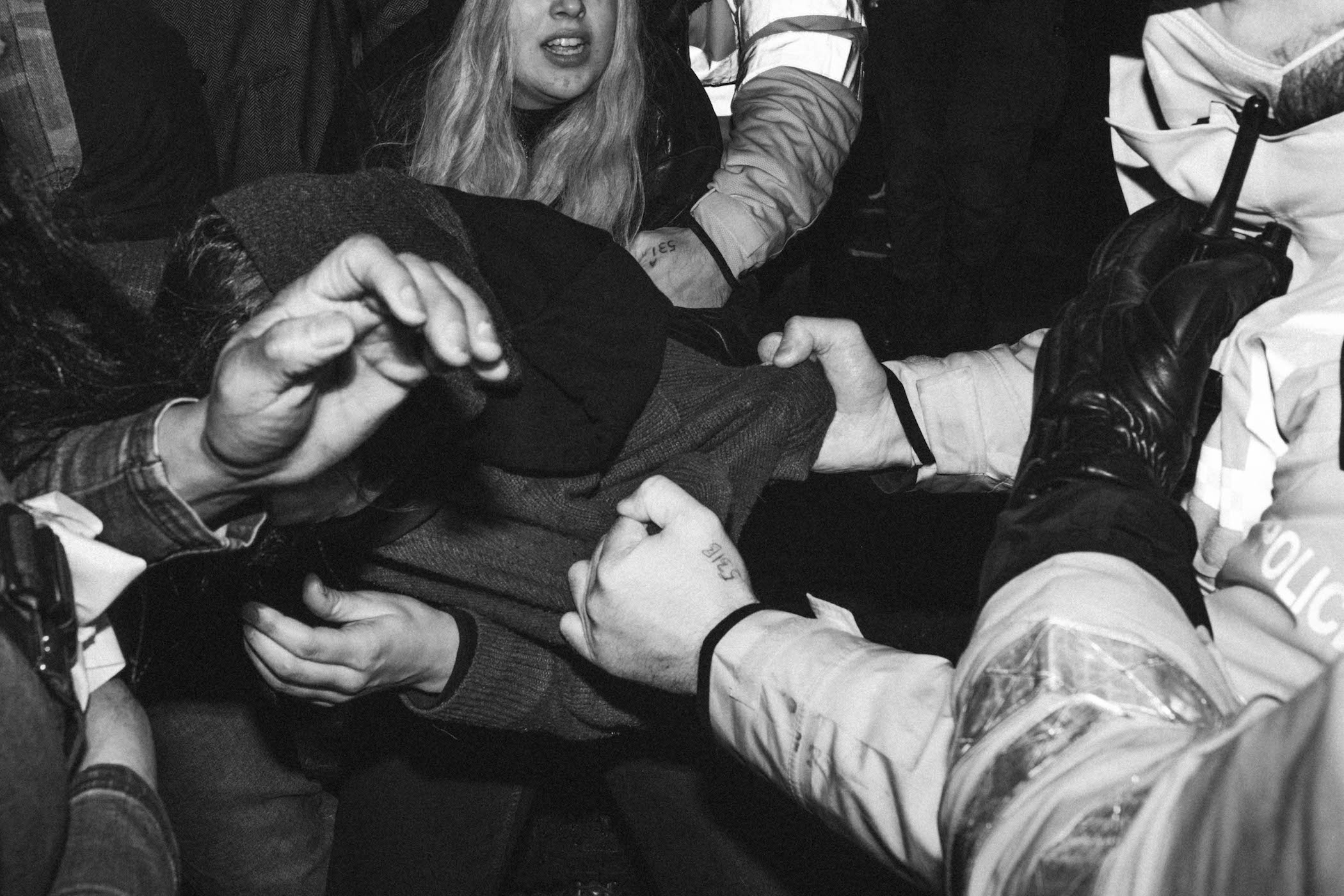 There are also numerous high-profile cases of violence against women being insensitively, unprofessionally and distastefully handled. Earlier this week, it was reported that one officer involved in a search operation for the woman killed earlier this month is being investigated after sharing an inappropriate graphic relating to her case; a revelation that feels all too reminiscent of the case of sisters Nicole Smallman and Bibaa Henry, who were stabbed to death in a park after a birthday celebration last summer.

The sisters’ mother, Mina Smallman, has said that the police did not respond immediately when the women were reported missing, and so she had to coordinate her own two-day search operation, which resulted in one of the daughters’ boyfriends discovering their bodies. “I knew instantly why they didn’t care,” Smallman said of the police’s negligent response. “They didn’t care because they looked at my daughter’s address and thought they knew who she was. A Black woman who lives on a council estate.” Later in 2020, two Met officers were arrested, after allegedly taking and circulating selfies with Smallman and Henry’s bodies.

Institutional misogyny, of course, doesn’t only manifest within the police, but extends far beyond it. A Freedom of Information request found that police officers were reported 700 times for domestic violence across the UK over the course of three years. Research conducted in 2017 by the Prison Reform Trust found that survivors reported being repeatedly arrested themselves when they called the police to report domestic violence. And in 2020, the Centre for Women’s Justice submitted a super-complaint, claiming that women victims of violence, abuse, stalking and rape were routinely failed by the police. Their central concern: “police abusers are being protected and not brought to justice” because of their positions. 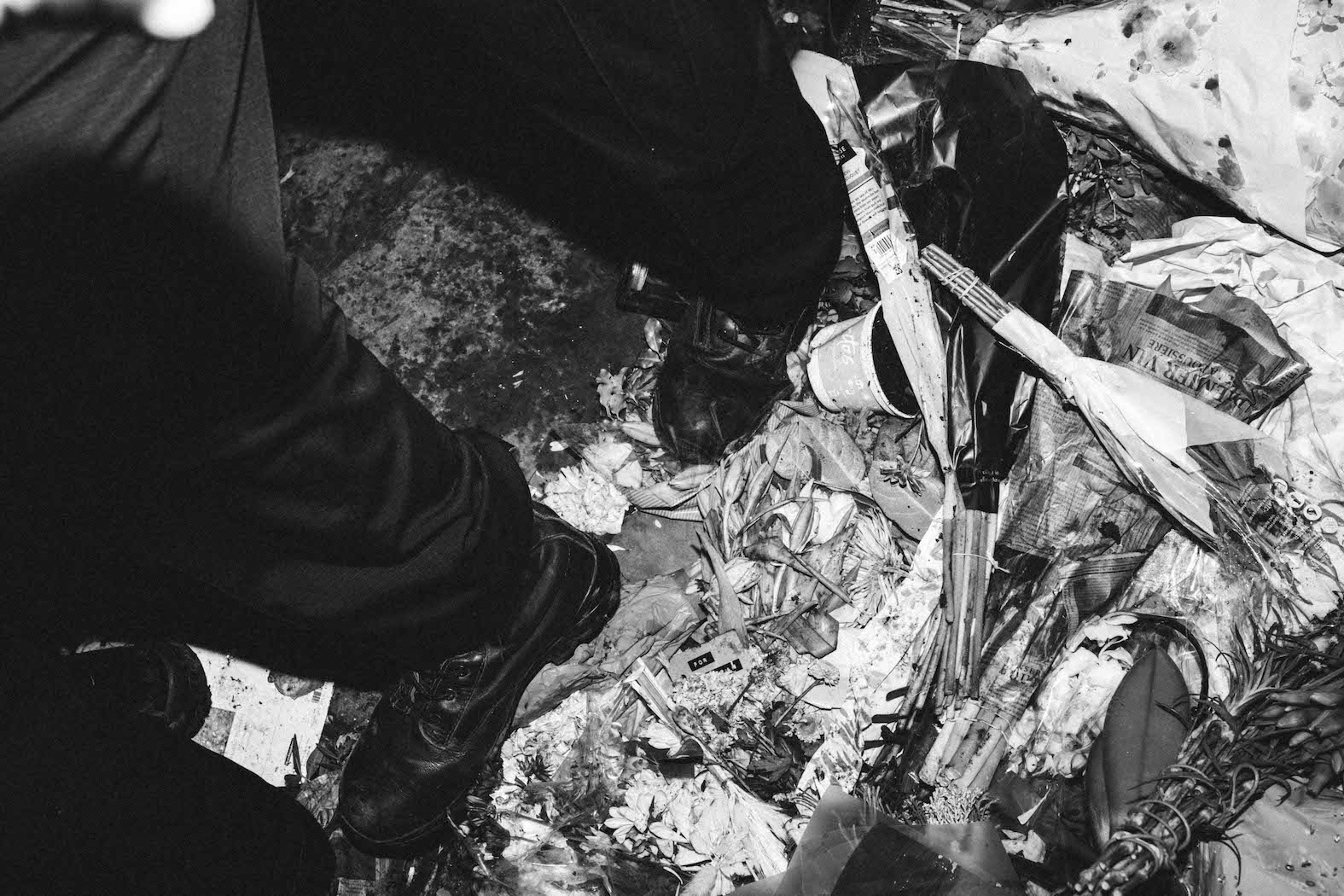 It’s this systemic misogyny that has led abolitionist groups like Sisters Uncut to come to the fore of recent resistance against state and gender-based violence. Despite the news that the Conservative government will pilot plainclothes police officers in bars and nightclubs, it is patently obvious that more police will never be the answer. If the events on Clapham Common on Saturday show us anything, it is that police presence is more likely to create violence than to resolve it.

Illustrator and facilitator Tamara-Jade Kaz, who attended a protest organised by Sisters Uncut, tells me that despite calls for Dame Cressida Dick to resign, reform to the police will not solve the problem either. Pointing specifically to the colonial roots of the institution, she tells me: “Policing cannot be reformed as it does not deal with the root causes of harm. It deals in retrospect, only intervening when harm has already been done. Instead of holding people accountable or trying to discern how future harm can be prevented, policing seeks only to punish and fan the flames of violence through intimidation and force.”

So, particularly in light of the new Police, Crime, Sentencing and Courts Bill – which yesterday (March 16) passed its second reading and seeks to give the police even more powers – the best thing that men can do now is join the fight. When it comes to the issue of gendered violence, the solution is, unfortunately, more complex than telling women to stay home, than simple acts of allyship, or injecting more mechanisms of state surveillance and violence into our everyday lives. If we want to make the world safer for women, it is time that we accept that the issue is an entrenched and structural one that can only be solved by investing back into communities themselves. The most important thing that can keep us safe is one another.

Linkedin
RELATED ARTICLES
OTHER ARTICLES
LGBTQ+ students are keeping the spirit of the original Pride alive by fighting for liberation for everyone, not just their community.
Freddie Miller’s new series of photographs investigates who today’s trainspotters are and what drives their unfettered enthusiasm.
Wealth inequality and the rising cost of socialising is placing a strain on people’s relationships, reports Eve Upton-Clark.
A new edition of a seminal book brings together iconic images of the band onstage in their full glory and backstage in moments of unguarded camaraderie.
Photographer Arthur Grace recalls travelling through the Soviet Bloc and finding ways to evade the surveillance of his work.
In her new book, the author explores the country’s housing crisis in human terms and calls for radical action to address a broken system.