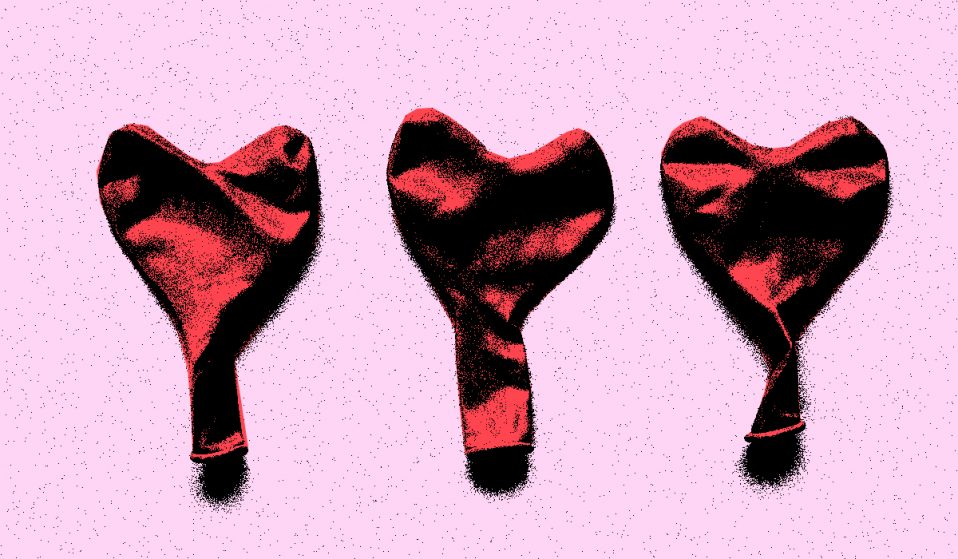 Sex among young men is declining, and the things that are holding them back from physical intimacy are often complicated.

Sex among young men is declining – and the things holding them back from physical intimacy are more complicated than you might think.

People are having sex at historic lows. This is true across nearly every demographic, regardless of gender or age. But it’s the sexual realities of the 30ish, younger straight men that seems to be causing the most alarm and speculation. In 2019, The Washington Post shared a graph highlighting that 28 per cent of men under 30 hadn’t had sex in the last year – a precipitous rise of sexlessness among young men compared to previous decades. This graph, which recently resurfaced on Twitter, has since been cited in countless conjectural tweets pointing to apps like Tinder or the increasing criminalisation of sex work as the cause.

Attached to much of this theorising is the belief that these men aren’t just celibate, but rather identify with the ‘incel’ label and the misogyny and violence against women associated with it, and therefore are unworthy of compassion or insight. It’s here that much misunderstanding lies. These men can speak for themselves – and many say there’s not a singular problem holding them back from physical intimacy. Instead, according to several straight celibate men ranging in age from 23 to 31, it’s an amalgamation of circumstances. Yes, the pressures of dating apps and the ubiquity of pornography are some ultra-contemporary causes. But the social anxiety and insecurity underlying their abstinence are both representative of our current cultural moment and perennial.

Nearly a third of men under 30 have not had sex. And a higher percent do not have as much sex as they’d like – not exactly surprising, but this kind of statistic is a sign of much deeper problems. pic.twitter.com/4KgqBALWbd

For many young straight men not having sex, the problem isn’t necessarily access. Peter, age 31 and from the UK, has had multiple opportunities to have intercourse. “I’ve probably been in the position where it feels like sex is inevitably on the cards, and self sabotaged between 10 and 15 times,” he says. On three of those occasions, penetrative sex was attempted, but not pursued to completion. Prior to the Covid-19 lockdowns, he didn’t struggle to meet women, but never felt comfortable being himself. “I think I am very shy and over the years, I managed to overcome that by putting a mask on in public,” he says. “When trying to impress a girl I will either directly lie or insinuate that I am quite experienced in bed and then I feel scared that they will notice that I’m not when it actually comes to it, so I self sabotage.”

The pandemic gave Peter a break from needing to wear this mask, but lockdown meant that sex was largely off the cards. On top of this, he says, he gained weight from drinking too much. He’s now stopped drinking, but his confidence remains low. “I need to feel absolutely beautiful to even think myself good enough to speak to a woman I’m very mildly attracted to,” he says. Yet, his low self-esteem often stands in the way of this.

This relationship with weight and self-esteem is frequently mentioned by other young men who aren’t having sex that Huck spoke with, a common theme shared by the male demographic writ large. Recent studies suggest that 40 per cent of men are anxious about their weight, with up to 85 per cent worried about their muscularity. While both men and women report worsening body image due to social media, research further highlights that men may feel isolated from much of the discourse surrounding body positivity. And so, some turn inward.

Growing up, Mike, age 23 and from the US, felt that being overweight and the insecurity stemming from it had prevented him from forming relationships. At 18, however, he lost 100lbs and continued to feel the same about himself. He tried to overcome this by pursuing the usual route of meeting people through dating apps, without any success. So, a year ago, he just gave up. “I realised I wanted external validation when I didn’t even have internal validation – so that became more important to focus on,” he says. “Constantly trying to date was a reminder that I wasn’t in a relationship.”

Worrying about one’s masculinity or attractiveness is nothing new, but having to reckon with these anxieties by showcasing oneself on social media or dating apps is. And for many men, like James, the Internet has become their primary source for connection writ large – romantic or otherwise.

Ethan, age 26 and from the UK, views his romantic and platonic shortcomings as one-in-the-same. “My sex life is non-existent,” he says. “I’ve just never been able to get anywhere. I suspect the main reason I am where I am is because I don’t have a good social circle.” Ethan is in the company of a growing number of men and women with dwindling circles of friends compared to previous decades. In fact, 15 per cent of men today report having no close friends, up from 3 percent in 1990.

He adds: “I have online friends, but it’s not the same,” he says. “I struggled making friends at university because I simply didn’t understand how to, and couldn’t make connections. By the time I was starting to learn, it was too late.”

It’s easy to brush these cases off as anomalies, or lazily identify them as incels. But again, it is not just these young men alone who aren’t having sex. It’s young women, older men, older women and nearly everyone in-between. This decrease in sex parallels a decline in friendships, and many similarly cite money and social media as the cause. When it comes to young men, what Chris, Jacob, Mike, Peter and Ethan all highlight is that, despite the conjectures of many, there is not one singular hindrance at play. Instead, the culprit could at best be summarised as cultural anomie.

A lack of sex, it seems, is only one distillation of a broader sense of disillusion that’s crept into many’s sense of self, their social life, their bodies and their careers. Why would sex by the exception?

Linkedin
RELATED ARTICLES
OTHER ARTICLES
Ireland’s national sports are modernising. At the forefront of this movement is Na Gaeil Aeracha, the country’s first ever queer GAA club.
A new documentary tells the story of an unassuming cul-de-sac of 13 timber framed houses built by Fusions Jameen – London's first Black housing co-op.
Jack Lueders-Booth reflects on capturing the community that lived and worked along the city’s busiest railway route during the 1980s.
Max Miechowski reflects on documenting land that is being lost to the sea – and the people who live life on the edge.
Hackney Bumps is a DIY sanctuary in the heart of East London, home to a thriving diverse community of skateboarders – and beyond.
Alternating between colour and black-and-white, the photographer chronicled sexual liberation, economic crises and the repercussions of the war in Vietnam.