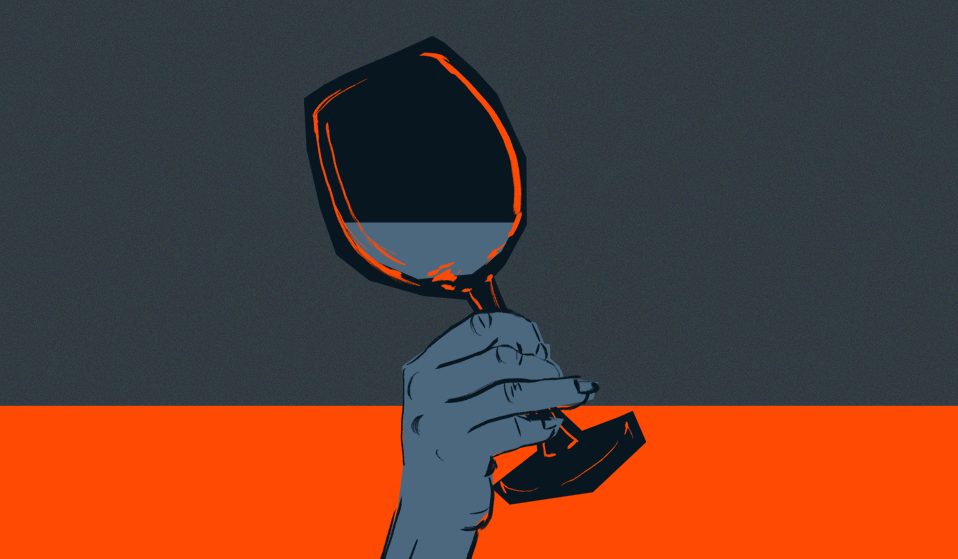 Their drinking habits have seen them derided as ‘generation sensible’, but this overlooks the complex and nuanced reasons people are turning their back on alcohol.

Their drinking habits have seen them derided as ‘generation sensible’, but this overlooks the complex and nuanced reasons people are turning their back on alcohol, writes Eve Upton-Clark.

In 2022, the idea that young people are going sober is nothing new. While this trend has been bubbling away for a while now, over the past year, it seems to have accelerated: in fact, almost 150,000 university students have stopped drinking since last September alone, according to new research by Student Beans. This means a third of university students in the UK identify as sober, joining the ranks of 800,000 teetotal young Brits. Undoubtedly, sobriety is having a moment, rising by 22 per cent from Freshers 2021.

It’s a trend which has often been viewed with wariness and judgment. Some have put it down to productivity culture, while a recent opinion piece in the Guardian chastised “generation sensible” for trying to “self-maximise all the time”. The article goes on, “all the joy in life, all the beauty, is going to come from sex, fellowship, revolution and the life of the mind. You know where all those things start? They start in a pub.” Questionable, if not slightly patronising, advice.

Numerous reports have put this shift in drinking habits down to self-consciousness. Thanks to social media surveillance, the chances of your sloppy antics being captured on camera and potentially going viral is now at an all-time high. While there might be some truth to this, this explanation paints a picture of a generation overly concerned with their self-image. And, it tends to flatten the complex and often nuanced reasons young people are putting down their drinks.

For Leilani, a 20-year-old psychology student who is also president of Queen Mary’s Sober Society, gender played a part in her decision to cut back almost entirely on booze. She points to how the media has often demonised drunk women over the years. “It’s terrifying to be a woman and you get a harsher punishment for poor decisions,” Leilani explains. “Think on a small scale: if you cheat then it’s usually presented as the woman’s fault. Then on a more dangerous scale, there’s the case of predatory men.” It’s a sad truth that staying sober is a safety precaution many women have to factor in.

While Leilani exercises booze with caution, limiting herself to a glass or two of wine at dinner, others avoid it entirely. Irina, a 22-year-old music student from London, drank throughout the first few years of university. She was going through a dark time in her life, and looking back, she feels she drank as a way to cope. “I wasn’t really dealing with the problem,” she says, “I was just kind of postponing it.”

Irina has been sober since January. “One thing that has kept me sober is finding faith,” she explains. “I wouldn’t say I’m religious, I’m more spiritual. As I started developing my spiritual side, when I would drink, I would feel really negative and clouded. I saw that as a sign to just stop drinking altogether. I feel a lot more connected with spirituality when I’m sober.”

Unsurprisingly, alcohol and mental health are an unhealthy mix. Recently, there have been widespread warnings of a mental health crisis among students, with nearly half of students saying mental health difficulties had a negative impact on their university experience. “Literally the only reasons I was drinking was because I was feeling sad, and because other people were doing it – which aren’t really good reasons,” Irina explains. “When I’m sad I now turn to journaling or writing music or anything that’s not drinking basically.”

Andrew Misell, from the charity Alcohol Change UK, says that in general, people are more aware of the consequences of drinking. “It’s also possible that there is a kind of rebellion here, and that young people are looking at their parents’ habits and thinking, ‘I don’t want to actually live like that’,” Misell says. Another factor Misell points to is the changing population in the UK. “The population of the UK is more diverse than it was, say 50 years ago. More of us are part of or familiar with cultures in which alcohol doesn’t play a part.”

AJ, a second-year International Relations student and the current President of the Lancaster University Sober Society, echoes Misell’s point, noting religion as a factor for not drinking for a handful of people in the society she runs. However, AJ made the decision to go sober for similar reasons to Irina. “I think mental health is a big thing in our current generation. There’s a lot of pressure on us with how the world is. I guess it can go either way, as people can turn to alcohol as stress relief. Then, on the other hand, there are people turning away from it, as it doesn’t really contribute to self-improvement.” Having struggled with her mental health growing up, AJ had promised herself she would only drink when she wasn’t already feeling anxious or negative before making the decision to go tee-total earlier this year.

Less repressed than previous generations, young people like AJ are turning to more mindful methods to cope. “People tend to turn to drink as a way to forget,” she says. “But then when you sober up it just comes back. It starts a cycle. For me personally, I want to deal with my issues head-on. I try to self-reflect, think why am I feeling like this, and find resources to help.”

Despite the sober movement sweeping the UK, alcohol remains part of the fabric of many people’s social lives, from mimosas at brunch to post-work beers to boozy dinner parties. However, more and more, in-person groups and online communities are offering alcohol-free alternatives to going out on the piss. “You can go on a walk, or bowling, or mini golf,” suggests AJ. “There’s plenty of things to do sober if you just look.” In fact, seven out of 10 say they felt they did not need to drink as much because they have a better choice of hobbies than their parents’ generation.

And to state the obvious, students are skint. A student cost of living survey conducted by the National Union of Students (NUS) in June found a third had less than £50 a month left after paying rent and bills and one in 10 reported using food banks. University is the traditional training ground for drinking to excess but with a cost-of-living crisis, buying a round may have you living off beans on toast for the rest of the week.

When Leuan, a 22-year-old Masters student at Queen Mary’s University, moved to London from Gibraltar, the alcohol prices in the city came as a shock. “In Gibraltar, I could get two litres of vodka for £4,” he says. “London alone is very expensive, and then drinking on top was getting very pricey. I could spend up to £90 on one-night of drinking. It was something I could easily cut off and save a lot of money.”

Tom, 30, also noticed his drinking habits impacting him financially. “I often would sacrifice things that I perhaps need or things that would be more beneficial to me,” he explains. “I would rather buy the cheapest washing detergent or skip dinner out to go drinking instead.” While he isn’t teetotal, Tom has consciously cut down on drinking, opting for cheaper options along the way. “I also try and do stuff that doesn’t involve alcohol, “ he explains. “If I’m having dinner out I’ll try to stick to one drink only or just go for tap water.”

The reasons why young people are turning away from alcohol are multifaceted. Sober societies at universities and alcohol-free events offer spaces free from the pressure to drink, or simply a break, rather than a replacement, from other alcohol-fuelled events. “I would always say don’t let other people tell you how to drink,” says Misell. “I think it’s great to take information and advice from people, but if you decide within yourself that you would like to significantly reduce or stop drinking because alcohol isn’t really working for you in a good way, it’s a positive choice and can be quite empowering.”

Rather than virtue-signaling, the decline in drinking among young adults is driven by the unique conditions of their lives – particularly economic and health factors. Becoming more intentional about one’s relationship with alcohol can only ever be a good thing. “It’s a myth really that you are boring if you’re not drinking,” Misell says. “As anyone who’s ever been sober with a drunk friend will know that when people are drunk, that can be extremely boring too.”

Linkedin
RELATED ARTICLES
OTHER ARTICLES
Thousands attended the annual event this year to wheelie through the city and call for ‘knives down, bikes up’.
Dominique Misrahi discusses her unlikely start as a photographer capturing intimate scenes of the city's youth and subcultures.
With skyrocketing rents, packed out viewings, bidding wars and more, renting in London has never been harder.
Thousands of protestors gathered in Westminster to express their sadness and fury at the fatal police shooting of a young Black man in Brixton.
By turning a real-life crisis into daytime television fodder, TV bosses have once again shown themselves to be completely out of touch with audiences.
Photographer David Corio’s archive offers a glimpse inside a revolutionary era of music and nightlife.