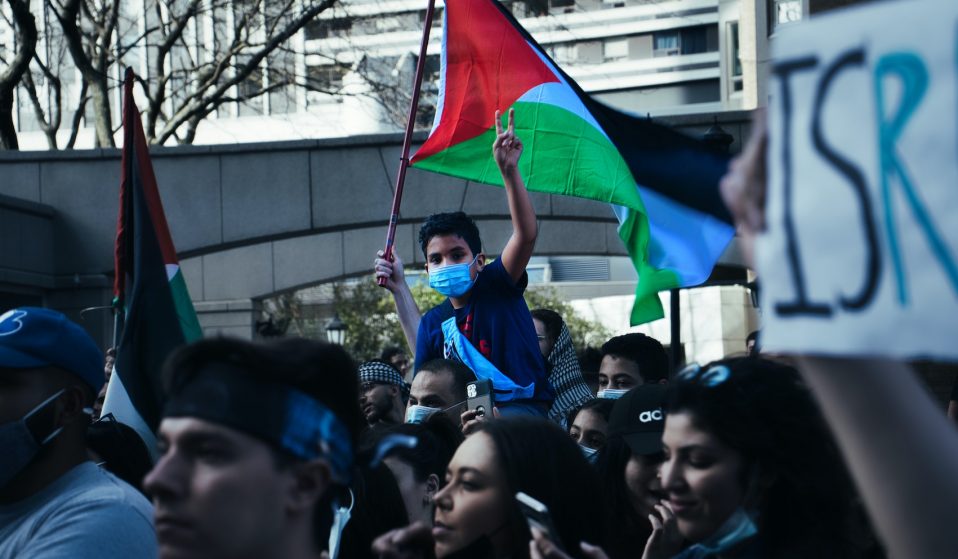 The ascension of far-right politicians is the logical conclusion of Israel’s occupation, writes Emily Hilton.

While the ascension of far-right politicians in Israel has been met with outrage by the British Jewish press, it is merely the logical conclusion of Israeli colonialism, writes Emily Hilton.

As Israel’s fifth election in three years looms, the rise of politicians Itamar Ben-Gvir and Bezalel Smotrich – whose Religious Zionist Party is projected to win the third largest bloc of seats in the Israeli parliament – points to the ugly truth of Israeli apartheid. Ben-Gvir, who was convicted in 2007 for supporting a terrorist organisation, and Smotrich, the founder of settler organisation Regavim which uses legal avenues to steal land from Palestinians, have recently signed a leadership pact with Bibi Netanyahu’s right-wing Likud Party. This would likely see them gain senior ministerial positions were they to be victorious next week.

Ben-Gvir and Smotrich operate from the same populist playbook as Orban in Hungary, Bolsonaro in Brasil, Trump in the US and indeed Johnson in the UK – combining a so-called populist agenda with right-wing and racist messages.Their impending electoral success has generated outcry from Israeli and international political figures. In the UK, Jewish News – the second most widely-read Jewish newspaper in the UK – put out a front-page last week ostensibly raising the alarm for Ben-Gvir’s political success. The headline read: “Where is the outrage?”

At first glance, the Jewish News’s response may seem a welcome change. For too long, much of the British Jewish press has served as more of a mouthpiece for pro-Israel advocacy than a platform for rigorous, critical analysis or objective reporting of Israel’s actions and its leaders. But on closer inspection, their hand wringing over Israel’s electoral woes is far too selective.

Ben-Gvir and Smotrich are not outliers: their politics (and their popularity) is one of the more obvious logical endpoints of a society that systematically privileges one group of people over another. The difference between them and other politicians is, in many ways, their honesty. The openly supremacist and unapologetically nationalist agendas they tout are disquieting, even for a country that has been led time and time again by ruthless, militaristic politicians, from Ariel Sharon to Netanyahu. Israel’s political allies around the world, including Zionist Jewish communal institutions, are now faced with confronting an unavoidable truth if Ben-Gvir and Smotrich win, or even do well, in November’s election: that Israeli liberal democracy is an illusion.

The likes of Ben-Gvir pose a dilemma for those who have for so long overlooked the brutality built into the Israeli political regime since the state’s inception and who continue to paint a picture of Israel’s democratic nature in order to shield it from scrutiny. With the rise in popularity of these far-right nationalists, the mask of respectability has well and truly slipped. For supporters of Israel, Ben-Gvir has a troubling habit of saying the quiet part out loud. Last week, for example, he promised that he would never give Palestinians living in the West Bank Gaza and East Jerusalem the right to vote, despite the fact that 6.8 million Palestinians already cannot vote, due to living under a permanent military occupation.

A narrative which focuses too much on Ben-Gvir and Smotrich being a radical departure from Israel’s mainstream political discourse not only gives cover for the international community to pander to this illusion of Israeli democracy. It also denigrates and erases millions of Palestinians who continue to experience the daily indignity of apartheid no matter who is in charge.

The steady rise in popularity of far-right politics in Israel also reveals a divergence between the state’s staunch defenders abroad and the society they put so much faith behind. While pro-Israel advocates rebuke attempts to expose the truth about the Nakba and occupation as antisemitic or a ‘double standard’, Smotrich openly lambasts Palestinians in the Israeli parliament, claiming that when it came to the Nakba, “Ben Gurion should have finished the job” and expelled all Palestinians from the river to the sea. After all, how can you argue that it is antisemitic, or even inaccurate, to describe Israel as a ‘racist endeavour’ when the third most popular politician boasts of deporting ‘terrorists’ (read: Palestinians) and is a passionate follower of extremist politician Meir Kahane?

As the cracks in Israel’s democratic facade begin to grow, we ought to ask why there is such outrage in the British Jewish (and national press) over the likes of Ben-Gvir, but seemingly little concern over Israel’s ongoing siege of Nablus; of the failure to hold Israel to account over the assassination of Shireen Abu Aqleh; of the campaign of mass arrests of Palestinians, and expulsions of communities of Masafer Yatta and in the Naqab/Negev.

Much like other political interventions made by the Jewish establishment – most notably the President of the Board of Deputies of British Jews, Marie Van der Zyl, calling on the UK’s Conservative Government to move the British Embassy to Jerusalem – there are often attempts to conflate the interests of British Jews with that of the Israeli state. Even when done with noble intentions, such as that Jewish News front page, there should be a wariness of public platforms which intertwine the views of British Jews with Israeli politics. Instead of chastising British Jews for their lack of outrage, and inadvertently conflating, once again, Jewish people and the state of Israel, why not inform the British public by reporting about the unjust reality of Israeli occupation and apartheid?

These types of headlines risk not only increasing confusion in the public discourse of distinguishing between Israel and British jews; they also arguably replicate Zionist logic – that Jews around the world have a particular or unique claim to the land, and therefore the politics within it.

British Jews are no more responsible for what happens in Israel than anyone else in the UK observing from afar. The only thing we are responsible for is unlearning the harmful ideologies and ideas inculcated in many of us, namely, the view that Palestinian life is less valuable than Jewish or Israeli life. In doing so, we must incorporate the struggle for Palestinian liberation as part of our broader politics of solidarity and equality. Rejecting Ben-Gvir and Smotrich is also about rejecting the systems that allowed them to flourish in the first place, in favour of a universal commitment to justice and human rights, wherever that may be.

Emily Hilton is the UK Director of Diaspora Alliance.

Linkedin
OTHER ARTICLES
A campaign led by ex-torture survivors and refugee organisations has left the Tories with no planes left to carry out their callous scheme.
After voting to strike across England, prison teachers explain why they’ve been pushed to a breaking point.
The Egyptian government are continuing the repressive mistreatment of environmental campaigners.
The hate Just Stop Oil faced after throwing soup over a Van Gough painting has been immense. Here, they explain why it won’t deter them.
SOAS Detainee Support detail the appalling conditions they witnessed at the dangerously overcrowded immigration centre in Kent.
Jamel Shabazz’s photos honour those who were lost and those who survived one of the most brutal eras in recent history.