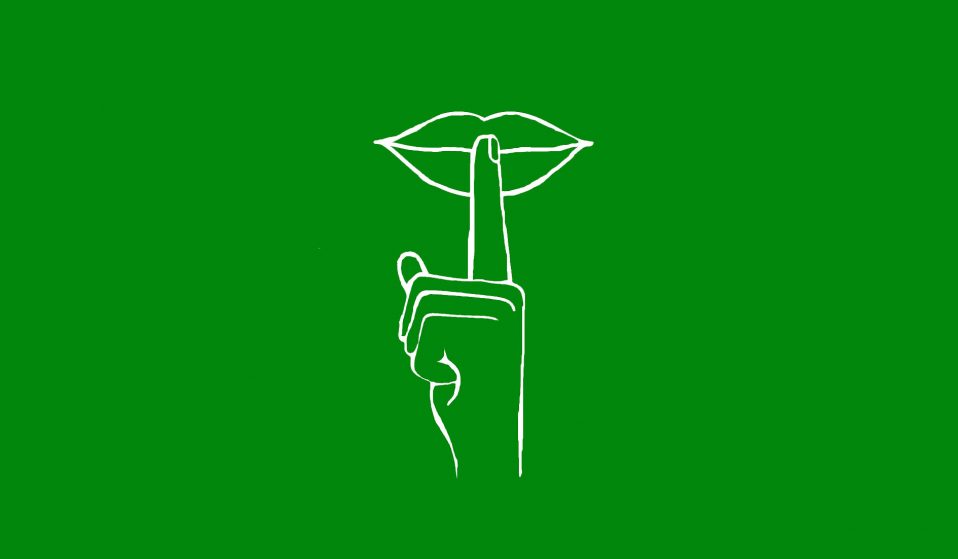 In Saudi Arabia, there are few places for the country's youth to express themselves freely. But a handful of underground events are seeking to change that.

In Saudi Arabia, where homosexuality merits the death penalty and many activists are still jailed or tortured for sedition, there are few places for the country's youth to express themselves freely. But a handful of underground events are seeking to change that.

Dana, a 17-year-old from Saudi Arabia, first came across clips of spoken word poetry on YouTube in 2016. It soon became something of an obsession.

“There is a poem for everything,” she says. “Whenever I’d struggle with body-image issues, there was a spoken word for that. When I’d have a fight with my parents, there are poems for that,” she says.

“Feeling the urge to tell society you aren’t ashamed of being gay? Found a poem for that.”

“Maybe because I was dealing with a heartbreak that I could never talk about at home, because it would reveal a part of my identity that is considered a sin or a disease, I just decided: I want to be at a spoken word event.”

Dana, who lives in Jeddah, a commercial city on the Red Sea, decided to organise her own poetry slam in the summer of 2017. She recalls begging people to attend the first event, even though half of the tickets were given away for free to ensure the space was filled.

But in the end, “it went better than anyone could have expected,” Dana says. Off the back of its success, she decided to host one a month, and to loosen the structure, so it wouldn’t be limited to spoken-word poetry, but more akin to an open-mic event, where anyone could perform or speak as they desire. Themes that have arisen from the night range from grief, love, and homesickness, to riskier topics, such as gender equality, sexuality, struggles with faith, and political ideologies.

“It started off with less than ten people, and then it went up to 30 people, and then 40, and now, I’m at a place where I’m telling people to buy their ticket ahead of time because we won’t be able to sell them at the door. I guess people just really want someone to hear them out for a minute.”

Tickets are priced SAR 30 (£6), which goes towards covering the venue rental. All sessions are hosted in a venue that operates as a combination of a co-working space, a community centre, and a place to hold events. It is run by a 30-something year old Saudi woman, who works in the creative industries. This woman, who wishes to remain anonymous, is trying to cultivate a sense of community among creatives in the city through her venue.

Since its inaugural event, Dana’s night has evolved beyond fostering creativity. Sama, a 24-year-old psychology student, first came out as queer at one of the spoken word nights by reading aloud a note on her phone acknowledging and accepting her gender and sexual identity.

“I am not an artistic person by anyone’s definition: I attended a session just because I was very depressed, and a friend who regularly attends them suggested I give it a try,” Sama, who identifies as non-binary, recalls. “My friend didn’t even know what I was going through… but it turned out to be exactly what I needed.” 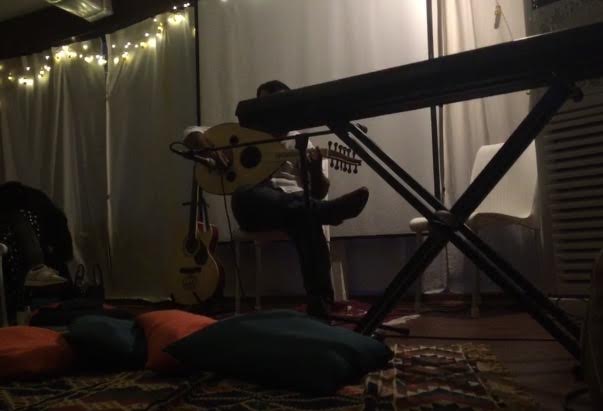 A photo taken at one of Dana’s events.

Dana and Sama are both aware of the huge risks they are taking. The stakes are high when some of the topics or ‘confessions’ made in these spaces are crimes punishable by death if caught.

“It is a bunch of people making uncalculated risks, where they just can be their true selves,” says Dana. “It is not a groundbreaking concept, but we all need people who will listen to your truth. There aren’t too many spaces in Saudi Arabia that allow that.”

Saudi youth have been trying to cope with the absence of these spaces since at least the mid-2000s. Nights like Dana’s have sprung up before, but usually, they’re on a significantly smaller scale.

“We’d just call them ‘open-mic underground parties’ and thought we were the absolute coolest people around for going,” says Nesreen, a writer now in her 30s, recalling the Saudi Arabia she grew up in.

The open-mics of Nesreen’s times were exclusive events. “They were always held at someone’s house and we’d drain the swimming pool. Everyone would get inside, and that would serve as the stage as well as the seating area, so that people on the street wouldn’t be able to see us,” she explains.

“We were just a group of ten to 12 friends – at the most 20 people – and we were very particular about making sure no unvetted ‘outsider’ came in.”

She is unsure how she feels about a younger generation being more public with these types of events. “When I’m in a private space, like my own house or a friend’s house, I can be myself,” she says.

“But who that person is can offend, like, 200 people when I step out in public. So, to avoid unnecessary confrontations, we all just become who society wants us to be ‘outside’ and we are all sort of okay with that compromise. We have to be.”

There are other spaces not owned by the government where it is generally more acceptable to flout social decorum and gender segregation, which was a legal requirement in Saudi’s restaurants up until December of last year. These include the many private beaches, parks, and residential areas known as ‘compounds’ that are particularly popular amongst Western expats.

“Even 20 years ago, women were driving in compounds, and men and women could freely mingle at a private beach, and women didn’t have to wear abayas there. And everyone knew this and was okay with it,” says Nesreen.

“As long as you do whatever you want behind very closed doors and do not disrupt the very delicate facade of the society they want us all to think we live in, it is all good.”

Nesreen has since moved out of Saudi Arabia. But many others like her who secretly honed their skills in areas like music or film-making in emptied out swimming pools are now leaders of the country’s budding creative industries. As Saudi Arabia moves towards a post-oil economy, which encourages both a variety of local industries as well as investments from abroad, the ban on most creative outlets has been lifted.

“What was once bad hobbies are now skills in high demand that the country is trying to retain through all sorts of opportunities and grants and stuff like that,” she says. “We have come a long way as a country in the past few months, but I’d still tell the new generation to be careful.”

“Just because those in charge have found a way to commercialise your creativity does not mean every aspect of you will be accepted. You don’t need to be reckless and bare your whole truth to the world while you live in a country like that.”

Linkedin
RELATED ARTICLES
OTHER ARTICLES
Danny Burrows discusses his new series of images documenting an pacifist anabaptist community who lead an alternative way of life.
Following the release of his latest album, the rapper talks about finding a new approach to songwriting, attitudes to poverty, and why his music is more than a political statement.
A young woman recounts her experience of being harassed by anti-choice campaigners as she was seeking an abortion in Glasgow.
Tough fines and arrests for drug possession and supply is pushing festival-goers towards unsafe measures to consume or smuggle in their substances.
In the latest instalment of Photographers in Conversation, the creator talks portraiture, platforms and taking inspiration from Little Simz.
Protestors gathered outside Downing Street following the latest atrocities committed by Israel against Palestinians living in the besieged strip.