News & Politics / The technology police are using to target minorities 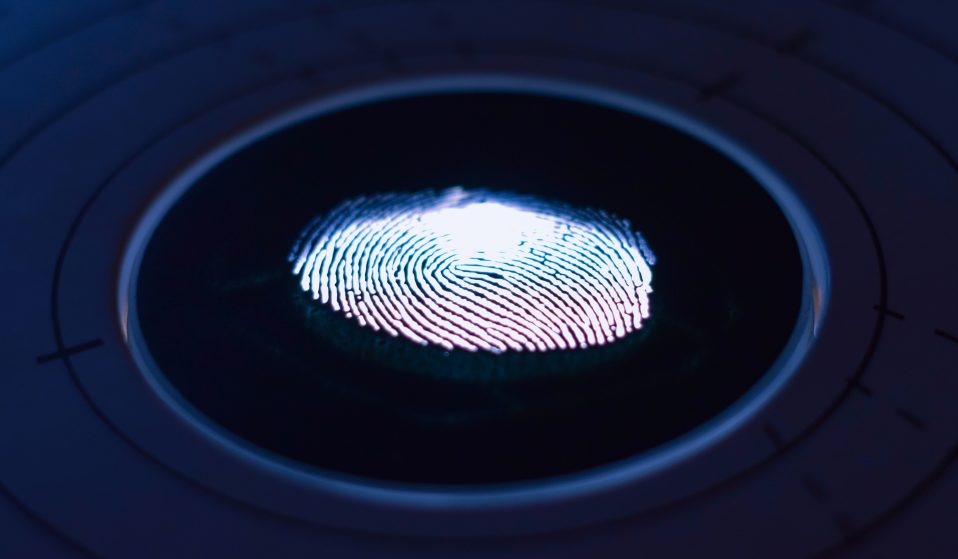 FoIs obtained by Huck reveal a sharp increase in police fingerprint scanners, with Black and minority ethnic communities more likely to be scanned than their white counterparts.

Last January, four police officers surrounded a man in Deptford, South London. He wore a woolly hat pulled low against the cold and had his hands thrust determinedly into the pockets of his fleece.

“They treated me like a criminal,” he said after the police had left. He declined to provide his name, but said the police had stopped him and rather than search him physically, they had asked for him to submit to a fingerprint scan. He would be free to leave once they had checked his print, they said.

Police forces in England, Wales and Northern Ireland are rapidly expanding their use of surveillance technology. A new investigation for Huck has found that forces have dramatically increased the use of mobile scanners over the past few years to check people’s fingerprints against police and immigration databases from the street. This comes despite concerns that this risks entrenching discrimination seen in stop and search, and putting migrant communities in jeopardy.

In total, 48 forces were sent Freedom of Information (FoI) requests, with 20 providing information. Nearly every force that responded (19 out of 20) has increased the number of hand-held scanners they own since 2018. Their use has also increased over this time, with data indicating those from Black and minority ethnic communities are more likely to be scanned than their white counterparts.

Critics are concerned that this technology risks exacerbating already rife police discrimination. “A number of our members, the vast majority of whom are young Black people, have experienced fingerprint scanners being used during stop and search,” a member of the 4Front Project, a community membership organisation based in London, tells Huck. “That scans like these are becoming increasingly common as part of stop and searches lets us know that these already intrusive and frightening experiences for young people are now being used to harvest even more of their personal information in coercive ways.”

We're so pleased to hear of this update from @libertyhq, following our New Generation forum members speaking to parliamentarians last week at the @RunnymedeTrust's APPG on Race & Community.

Listen to our New Generation Campaigner, Stefan, talk about the impact of #StopAndSearch https://t.co/hswT0u8aQP pic.twitter.com/WttUhDpH3K

While a small number of forces, including Lancashire Police, have been using the scanners since 2015, many only began using them in 2018 and 2019. The 10 forces that returned adequate data for analysis showed an increase of an average of 139 scanners per force in 2019, up to 348 in 2021. However, for Norfolk Constabulary, Suffolk Constabulary, and Devon and Cornwall Police, the increase was more than 10-fold. The Police Service for Northern Ireland would only confirm that it has owned 500 scanners over the past five years, and in Wales only one force, Dyfed Powys, which serves southeastern Wales, uses the scanners regularly, having rolled out 35 in March 2020, though Gwent Police has also trialled them.

The increased use of the scanners has occurred without consultation or review from either the government or affected communities. Only the Racial Justice Network, a coalition of activists and organisations in West Yorkshire, and Yorkshire Resists, a regional network established to resist the Hostile Environment, have studied this spread and surveyed the people affected.

“Migrant participants [in a survey] felt it increased their inability to access support, and some racially minoritised communities felt it embedded stop and search-type racial profiling,” Carys, a volunteer with the Racial Justice Network, tells Huck.

For a number of forces, such as West Midlands Police, a dramatic increase in the ownership and use of scanners has coincided with a decrease in the proportion of matches against police and immigration databases. In 2019, the force had 121 scanners, which they used 2163 times (with a 67 per cent match rate), and in 2020, they owned 571 scanners, using them 3123 times with a 56 per cent match rate.

Police are empowered by law to use the scanners if they cannot establish someone’s identity another way. A decrease in matches with immigration or policing databases shows the deployment of scanners is failing on its own merits. They’re also often used in conjunction with – or following – a stop and search. We know that Black people are nine times more likely to be stopped and searched than white people.

When members of the Racial Justice Network first started seeing fingerprint scanners on the street, they were concerned that the use of this technology would reflect – or even embed – patterns of discrimination seen in stop and search. But until now, it has been difficult to establish the extent to which this is the case. While stop and search data is recorded and published, the same cannot be said for stop and scan.

Most of the forces that returned data in response to Huck’s FoI requests either refused to disclose or did not record the ethnicity of the people they scan. However, analysis of data from the forces which did respond confirmed that the use of the scanners is similar to the discrimination seen in stop and search, with people of colour far more likely than white people to be subjected to an on-the-spot fingerprint scan.

Devon and Cornwall scaled up from a 2019 trial involving just 12 scanners to a full rollout of 650 by 2021. The force began collecting ethnicity data for the people scanned in the second phase of the pilot, finding that between 68 and 72 per cent of those scanned were white, despite the region having a 95 per cent white population.

What’s deeply concerning is the failure of many forces to provide the same level of data they do in reference to stop and searches. This means it is impossible to achieve the same level of scrutiny of the use and misuse of this surveillance tool.

Habib Kadiri, Research and Policy Manager at police accountability group StopWatch, tells Huck: “It is no surprise to anyone who knows that people of colour are disproportionately targeted by these gadgets; the same units of officers who terrorise already overpoliced and marginalised communities with drones, tasers, and facial recognition cameras will deliberately misuse fingerprint scanners on the flimsiest of pretences.”

To some observers, the scanners are a practical extension of the years-long build-up of massive police and immigration databases. These include IDENT1 (UK policing’s central record of biometric data) and the Immigration and Asylum Biometrics System (IABS) which most forces connect to on the scanners.

According to research by the Racial Justice Network, when surveyed, migrant communities, in particular, spoke about what the presence of the scanners made them feel about interacting with police.“People who have been victims of crime, hate crime, domestic abuse and don’t feel able to come forward for help because of this legacy of the hostile environment and racism within the police,” Carys, from the Racial Justice Network, tells Huck.

These concerns have even been recognised by official policing institutions like the IOPC. In 2020, in response to a complaint from human rights organisation Liberty and Southall Black Sisters, police oversight bodies called for “immediate action” to ensure victims and witnesses without secure immigration statuses could contact police without being reported to immigration enforcement. The government declined to accept these recommendations, and just this month the National Police Chiefs Council published guidance that encourages police to share data with the Home Office if they are aware a victim of crime is an “immigration offender”.

A Home Office spokesperson said: “We fully support the police in using mobile fingerprint scanners where it is right to do so as it helps to confirm a person’s identity and reduces the need for an arrest and taking the person into custody.

“A police officer can only use their mobile device if the suspect’s identity is not known or cannot be ascertained, which prevents it being used discriminatorily.”

To many of those who experience routine police interactions, the scanners are just the latest tool designed to catch them in an expanding surveillance web. “Sadly, the so-called safeguards meant to protect us from this are no match for such violent data grabs,” says Kadiri. “As we’ve seen with the Gangs Matrix database, once you lose your civil liberties to these technologies, you’ll have a hard time getting them back.”

Linkedin
RELATED ARTICLES
OTHER ARTICLES
A new law change is enabling Britain’s donor-conceived children to know the truth about their origins – but campaigners say the fertility industry must do more to protect people.
Following the release of his debut single, Deyaz talks battling addiction, dealing with his struggles through music, and building a budding music career from his living room.
A new podcast is opening up the conversation between trans women and trans amorous men in the hope of building coalitions.
Theo McInnes’s photos of the annual event provide an intriguing snapshot of contemporary Britain.
Activists and campaigners are fighting back against new laws that would seriously undermine the ability to take industrial action, calling it an attack on fundamental workers' rights.
Since 2007, Gideon Mendel has made 20 trips to document floods in 13 countries. The result is an alarming record of what has already been lost to the climate emergency.