News & Politics / The Turkish mothers imprisoned with their children 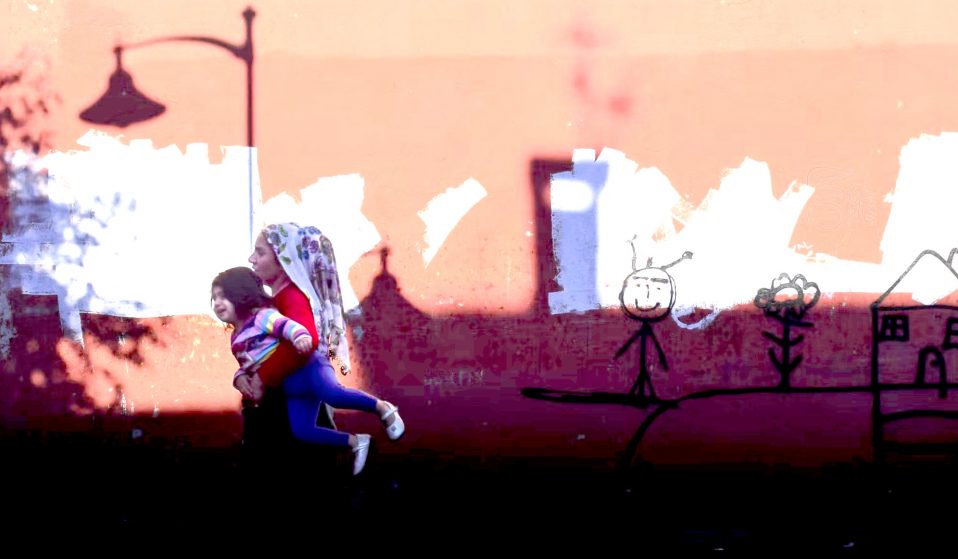 In the aftermath of Turkey’s coup attempt in 2016, the number of pregnant women and women with small children in prison skyrocketed. Stephen Delahunty reports on the severe human rights violations they are facing.

Ayse* was released from Şakran Women’s Closed Prison in November 2020 after around four-and-half years. Her daughter was just five-and-a-half months old when she was taken and imprisoned with her mother in 2016. “I feel guilty when I look into [my daughter’s] eyes,” says Ayse. “It has left scars that will remain in pain for a lifetime.”

Ayse was swept up in the crackdown in Turkey following the coup attempt on 15 July 2016. Fighter jets and helicopters strafed the skies that night, attacking Turkish Government buildings as tanks rolled out onto the streets of Ankara and Istanbul to overthrow the elected government.

The coup was defeated when thousands of Turks of all political stripes took to the streets to resist the soldiers, at a cost of at least 290 dead and more than 2,100 wounded. A few days later, the Turkish government blamed the attack on the Gülen movement, which it describes as FETO – a transnational organisation led by its exiled leader Fethullah Gülen, a US-based Turkish Islamic cleric – and declared it to be a terrorist organisation.

As a result, many Turks are still living in the shadow of a response that has seen tens of thousands of civil servants, judges, academics, journalists, police, and military officers purged or imprisoned over alleged links to the Gülen movement.

A report drafted by the Turkish Parliament’s Sub-committee on Prisoners’ Rights, published last year, said: “inmates are suffering from freezing temperatures, foul drinking water, poor treatment and the negative effects of the COVID-19 pandemic”. The sub-committee said the pandemic had lowered the already low standards of the prison.

Turkey’s prisons are full to the point of bursting with people who should not be there. Among them, according to figures from the justice ministry, are 345 children, from newborns to six-year-olds, who are incarcerated with their mothers.

Ayse was born in Adana, a city in southern Turkey that is situated on the Seyhan River and is considered to be one of the oldest continuously inhabited cities in the world. She subsequently moved to Istanbul for university in 1999 and became a graphic designer. In her spare time, she volunteered at a disaster search and rescue organisation that the Turkish government would later designate a terrorist group for its alleged connections to FETO.

Ayse believed she was punished for being a member of this organisation. In prison, she described being subject to nude searches and only remembers being allowed to exercise a handful of times during her entire incarceration.

“I think there is no greater pain than being a helpless bystander as a mother,” says the 41-year-old. “I couldn’t breastfeed when I first entered, the food in the prison had expired, my baby was hungry for days. The conditions are more severe for children, there is no paediatrician, no social areas, no toys, no food that they can eat, I couldn’t even provide my child’s medicine.”

Ayse says that when her daughter was 10-months-old, she had an allergic reaction to drugs given to her by the infirmary doctor, which caused her to vomit and her body to swell up. “I begged for four days to take her to the hospital,” recalls Ayse. Her daughter was eventually allowed hospital treatment, but only after Ayse protested and was threatened with having her child removed and handed over to Turkish social services.

Research by the Turkish-based Rights to Life Association (RLA) published in September 2021 made a number of recommendations, including deferred sentences for women who have a child younger than six-years-old, plus access to gynaecologists for pregnant women and paediatricians for infants and children always.

The Turkish Ministry for Prisons and Detention maintains that each child is paid a daily subsistence fee, and that they have access to facilities such as playgrounds and nurseries, mental health support and social services. But Sibel Erduman, one of the authors of the RLA report, said the evidence is clear that this support is not there, and that there are numerous violations being breached under the United Nations Convention on the Rights of the Child.

Just last month, reports from political prisoners at the high-security facility in Aliaga in the western Turkish province of İzmir described a “destructive and degrading reality characterised by violence, arbitrariness and complete disenfranchisement”. Raids “with dozens of security guards” and dogs can take place at any time, even late at night. The wards are ransacked, the contents of the cupboards emptied and dumped on the floor.

It is an experience Ayse remembers well. “We did not go to the hospital because we were exposed to inhumane practices during the referrals, rooms would be swept away during searches one or two times a month; they would step on the photos and letters. It was a psychological lynching for us,” Ayse says. “Sometimes I don’t talk to anyone for days, I don’t go out and I’m afraid of sudden noises. I can’t control my anger.”

A massive expansion of the country’s prison network is abetting the Turkish government’s crackdown on people like Ayse, and recent satellite imagery has revealed the construction of 131 prisons beginning between July 2016 and March 2021.

The current rate of construction is more than double that in the four years before the failed coup, a time when the government was already accused of purging political opponents. Islamists, secularists, Kurds, business owners and leftists have been sacked from their jobs and imprisoned on little or no evidence. Some have been released after trial. Most have not.

Fatma, age 35, now living in the Turkish capital, Ankara, says she had “no choice” but to take her baby into prison. “We were just a normal Turkish family, but after the night of the 15th of July 2016, we were left in an undefinable chaos.”

For Fatma, a former school teacher, it marked the start of an ordeal that began with her husband, an officer in the Turkish military, who was arrested alongside tens of thousands of other officers and their families. Six months later, she learned that the Turkish authorities were also looking for her, so she attended a police station in Ankara. “For six days we stayed in really small and dark cells without windows to get fresh air,” she recalls.

She was detained alongside 80 other women – all the wives of Turkish military officers. Her crime was cheating on her exam results she had achieved more than six years ago – an accusation she has refuted. As part of the post-coup crackdown, FETO was accused of hacking its way into the heavily protected servers of a state-run agency, which oversees state exams.

“Without any explanation, we were jailed and named as terrorists,” said Fatma. She was sent to a different part of Sincan Prison in January 2017, where her husband was also imprisoned.

She counted nine other children in the prison during her incarceration, including two babies younger than six months and seven children smaller than six-years-old. Fatma and her daughter were forced to sit through four trial appearances in Turkish courts where she would be handcuffed to an officer in front of her child. She was advised by a prison official to take her daughter to court with her to “let the judges see who is being punished in the name of a terrorist organisation”.

“Ten months doesn’t sound so long but it is unbelievably long when you don’t know where the end is,” she says. Since her release, Fatma says her daughter is afraid of staying away from her, and far from the experience being over, she lives in fear of being sent back at any moment as the case against her remains open.

“We live with the possibility of being taken back [into prison] every moment,” Fatma explains. Because she was issued a social security number that identifies her as an alleged terrorist, she has struggled to rebuild her life and find work. Her husband remains in Sincan Prison.

“It has been nearly six years since our lives were turned upside down,” says Fatma. “It’s scary because my daughter is nine-years-old now and because she is older, she can not stay with me in prison if I was sent back. She also misses her father. We just want to live as a family again.”

Linkedin
RELATED ARTICLES
OTHER ARTICLES
Photographer Nico Froehlich’s series documents South London’s diverse communities, while also reflecting on their fragility amid rapid gentrification.
Layna, Maysa and Amaya are three siblings looking to disrupt narratives around the sport. In doing so, they’re hoping to inspire a new generation of skateboarders.
As the cost of living crisis bites, letting go of treats to keep us going is proving difficult – but we should’t just blame ourselves for our financial worries.
Alternating between colour and black-and-white, the photographer chronicled sexual liberation, economic crises and the repercussions of the war in Vietnam.
Through stills, anecdotes and film criticism, a new book examines the portrayal of women’s destructive emotions, reframing it as a challenge to patriarchal structures.
A campaign seeking to prevent future injustices where there is state involvement is gaining momentum, with Labour recently pledging its support.