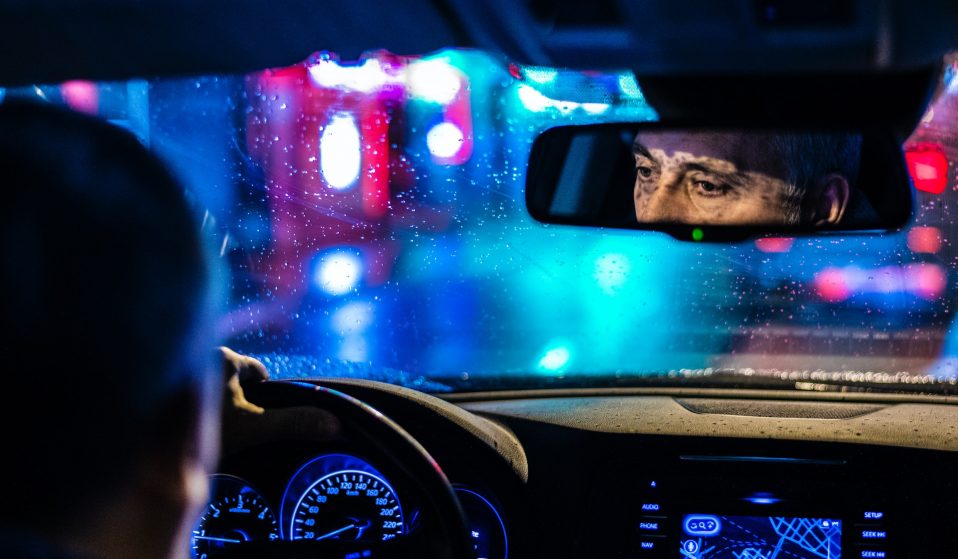 Bruce*, an Uber driver from London, was on a night shift in the city when he was assaulted by a passenger. As is typical of working during the later hours when passengers are more likely to have had a few drinks, he’d already asked several people to put their mask on in his vehicle. But at around 2am, a man who Bruce had been driving home took his mask off. “I told him repeatedly to leave the car, but he wasn’t listening to me,” he recounts.

“He kept shouting and calling me names. I was trying to get my phone to record the conversation when I felt a hard blow to the head. After he kicked me I was really scared, but he left the car and ran away.” Bruce reported the incident to Uber immediately, but now over one month later, he still has not heard back about any developments to the case.

For many, Uber’s services are intrinsic to a night out, particularly amid the long-awaited reopening of pubs and bars across the UK. Yet with the surge in customers has come an increase in verbal and physical abuse to drivers asking for customers to wear their mask. These incidents, catalysed in many cases by alcohol-fuelled aggression, take an enormous toll on victims.

While Bruce’s case may seem extreme, the threat of violence has become commonplace. Ahmed*, another Uber driver, had been threatened repeatedly by a customer who refused to leave the car after not putting on a mask. He ended up sat in a standstill for 15 minutes “waiting for them to calm down,” he recalls. Likewise, George* had been kept waiting by a customer searching for their mask and eventually cancelled the trip after being sworn at repeatedly. Such incidents are not only distressing but are also costly for drivers who are only paid for their time driving.

The mask has become a source of conflict for many throughout the last year. For anti-lockdown protestors, who have made their presence known through mass demonstrations, the mask is public enemy number one. Conspiracy theories surrounding the mask have been rife throughout the pandemic, with some false speculations that it can actually contribute to the spread of illness. Many Uber drivers are now having to bear the brunt of these conspiracies.

Despite the Government’s twists and U-turns over their mask policy, Uber’s policy has been clear. From September 23 2020, face coverings became a legal requirement for riders and drivers in England, Scotland and Wales. The mask is a staple of Uber drivers’ continued safety as we come out of a pandemic that has shattered the lives and livelihoods of workers. Both rider and driver must wear a face covering, each having the right to cancel their rides if the other party is in breach of this requirement.

Yet while Uber has advised their employees that they should require customers to wear a mask, Ahmed told me: “They still adopt a ‘customer is always right’ approach, and there has been no outcome from the formal complaint I made.” Of the thirteen employees Huck spoke to, all had experienced a form of verbal abuse over the issue, including the threat of violence, on a regular basis.

Uber drivers are overwhelmingly made up of male migrant workers, many of whom have been subjected to racial abuse as a result of the policy. Another driver, Mohammed*, tells me: “One night I had to pull over to ask a customer to put their mask back on and he started yelling ‘you Black cunt’ and telling me to ‘fuck off’. I didn’t know what to do, except give him a one-star rating after he left.”

When asked about the allegation that incidents of abuse reported by drivers had resulted in no outcomes, and about what safeguarding measures the company had put in place to protect drivers during Covid-19, Uber responded: “To help protect the health and safety of everyone, face coverings or masks are mandatory for anyone riding or driving with Uber, subject to exemptions. Any failure to follow this requirement is taken very seriously.”

These accounts from drivers in the UK come after reports that, in San Francisco, an Uber driver was attacked by three women not wearing masks after refusing them a ride. The video, caught by the driver’s surveillance video, has been widely circulated on social media and shows the women coughing on the driver, ripping off his mask, and verbally abusing him with racial slurs. In a Guardian interview with Subhakar Khadka, the victim of the attack, he points out that these incidents are happening across the world throughout the service industry.

Recent headlines that Uber will recognise the GMB trade union has brought the company into the spotlight, heralded as a ‘historic’ land-mark victory for gig economy ride-hailing services. Yet despite this development, Uber has said they will not engage in collective bargaining over earnings with GMB. The onslaught of positive reporting on the deal obscures the fact that little material change or ‘raised standard’ has occurred for drivers. Currently, Uber drivers are not paid for their working time in between trips, meaning they will only receive a minimum wage for the time spent driving. As a result, drivers could miss out on up to 50 per cent of their earnings. Conflict over Uber’s mask policy has seen many drivers left waiting in a standstill, unpaid for their time while facing abuse from a customer.

Men working in the service industry have had the highest rate of Covid deaths of any profession. The lack of support provided by the new GMB deal does little to ease the fears of Uber workers who have been hung out to dry by the Government’s failure to enforce workers rights. While the deal sets out to allow GMB access to divers’ hubs and meetings with Uber’s management to raise concerns on their behalf, there is a lack of confidence felt by drivers that Uber will take these cases seriously. Bruce’s feeling that Uber “has forgotten about how the pandemic has affected us” echoes the sentiments of all the drivers Huck spoke to.

Euphemistic labels such as ‘key worker’ and ‘hero’ that have been popularised by pandemic reporting fail to look beyond the caveats of this ‘key worker’ status and the insecurity it entails. Abuse over mask policy is not isolated to Uber drivers, rather, as pointed out by Khadka, it is an indication of how precarious workers have been treated throughout the pandemic. As we have seen with the Government’s decision to block a pay rise for NHS nurses, those in power have no inclination to raise workplace standards. The ‘frontline workers’ so readily referenced in the Government’s militaristic pandemic speak calls to mind the necessary sacrifice of conscription, with Uber drivers in the firing line for abuse over necessary safety measures.

Linkedin
RELATED ARTICLES
OTHER ARTICLES
Finland-born photographer Sirkka-Liisa Konttinen looks back on her decades-long documentation of life in Northern England.
LGBTQ+ students are keeping the spirit of the original Pride alive by fighting for liberation for everyone, not just their community.
For decades, an area of East London has served as a community hub for Vietnamese people looking for a taste of home.
Photographer Matthew Brookes recalls following a group of young people in Venice Beach living in search of the perfect wave.
In the latest instalment of Photographers in Conversation, the chronicler of raves, protests and beyond explains why he’s drawn to such specifically visceral environments.
Photographer Arthur Grace recalls travelling through the Soviet Bloc and finding ways to evade the surveillance of his work.