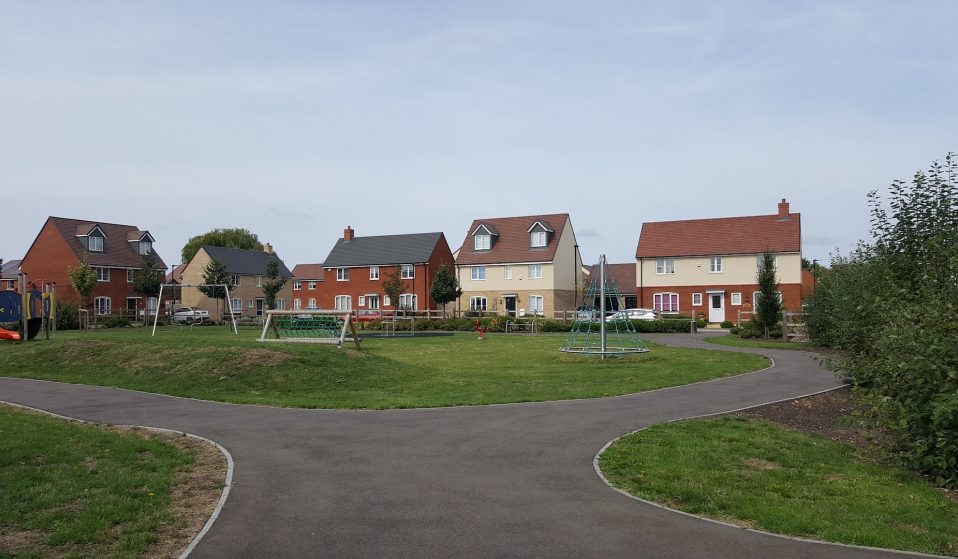 People in dire financial straits are losing their homes because of a legal system that is failing to account for the impact of the pandemic.

A new investigation reveals that people in dire financial straits are losing their homes in a matter of minutes because of a legal system that has failed to account for the catastrophic impact of the pandemic.

Rudy is 26 and lives in Colchester, Essex. At the beginning of the pandemic, as he was going through a divorce, he lost his job at a media production company, which was forced to shut down due to lack of business. He’d been forced to leave his previous rental after the landlord decided to sell up, and had burnt through most of his savings while staying in a hotel house hunting.

“During the first lockdown nobody was hiring so I went to be an agency carer,” Rudy explains. “It was a zero-hour contract so one week I had 44 hours, then three weeks, after that, it was nothing. When lockdown really started kicking off and cases started to rise, many care homes stopped using agency workers because of the fear of us bringing the virus into the homes.”

Rudy was left sitting at home, debt slowly building up. Eventually he found work for food delivery companies, such as Deliveroo and Uber Eats, to “try to survive,” he says

Across the country, and indeed, the world, millions of people have seen their lives and their livelihoods devastated by the pandemic. “I never had any issues with credit or with debt, but within one year, it financially destroyed me. I’ve never been a huge spender… I try to plan ahead but I don’t know how you plan ahead for a pandemic like this.”

Rudy tried to keep up with his £700 a month rent using nearly all of the benefits he received, but quickly fell behind. He had just £50 a week to spend on food and pawned his possessions to try and pay what he owed. Threatened by bailiffs for unpaid council tax, he prioritised that, falling further behind. A day after the eviction ban was lifted his landlord issued him with an eviction notice – citing both Section 21 (‘no fault’ eviction) and Section 8 (rent arrears).

After receiving his notice, he had no idea how long it would be before his case came to court. “It is the great unknown,” Rudy says. “You can’t imagine how stressful that is. You don’t want, after a shower, to see your hair fall out because of the stress. It is unbearable. I am just discovering everything in the system is broken.”

Rudy is still awaiting his court date, and the very likely possibility of homelessness looms. According to data sourced by the Observer, 130,000 households across England became homeless during the pandemic. There is no national figure for homelessness in the UK, but a study from charity Crisis shows core homelessness has risen year on year in England for the last five years, reaching a peak of 219,000 households in 2019. Rough sleeping has increased by 52 per cent since the Conservatives took power in 2010 despite seeing a reduction of one-third in the last year – predominantly down to emergency measures put in place because of the pandemic.

A new investigation by the Bureau of Investigative Journalism has found that people in dire financial straits are losing their homes with barely any notice because of a legal system that has failed or is incapable of accounting for the catastrophic impact of the pandemic. Judges, the investigation has found, are powerless to prevent most evictions from being ordered, being bound by legislative provisions for so-called “no-fault” evictions.

The Bureau sent a team of reporters to 30 courts across England and Wales, gathering information from more than a hundred hours of hearings. The unprecedented analysis of more than 550 recent court hearings brought by landlords against tenants reveals that in 85 per cent of possession cases, judges were not able to take individual circumstances into account because of the restrictive legal rules on “mandatory grounds” for evictions.

Despite the impact of Covid-19 being explicitly mentioned in a third of the hearings where a possession order was granted, the existing legislation left judges with no choice but to order an eviction in the vast majority of cases. Judges repeatedly explained that a tenant’s personal misfortunes made no difference. One judge said his “hands were tied”, another said there was nothing he could do. A third judge said there was “no suitable alternative” but to grant the order.

On average, life-changing decisions that often left people homeless were made in an average of ten minutes in court. A third of those cases where a possession order was granted took five minutes or less.

Just under two-thirds of the hearings attended involved Section 8, where a tenant can be evicted if they have two months or more of arrears. One in five involved the controversial Section 21 “no-fault eviction” notice, which states that landlords do not need to give a specific reason for wanting a tenant out. It’s this section that has tied the hands of judges.

In March 2020, the then-Housing Secretary Robert Jenrick tweeted that “no one should lose their home as a result of the #coronavirus epidemic”. But politicians and campaigners warned that a spike in evictions was imminent unless urgent changes were made to rental laws. The Housing Act 1988 lays out “mandatory grounds” for eviction, meaning as long as procedural rules are followed, such as giving the right amount of notice, a tenant has no legal argument against eviction.

The average tenant was £6,500 in arrears, but in many cases, tenants only just reached the bar for eviction (two months of arrears). In around a quarter of cases, the money owed was £3,000 or less – equivalent to less than three months of the average UK rent. In one case, a tenant owed just £292 when an eviction was ordered.

In just under 60 per cent of hearings, neither the tenant nor their lawyer was in attendance – so no one was there to argue against the eviction. In nearly one in five (18 per cent) hearings where the tenant was represented in court, they mentioned having children. The investigation found a disproportionately high number of those recorded as receiving legal aid were Black British (17 per cent, while the general population is 3 per cent), suggesting Black people are making up a higher than expected ratio of those facing evictions in the courts.

The Housing, Communities and Local Government Committee of MPs suggested a temporary pause of these rules – specifically concerning tenants who find themselves in rent arrears because of the pandemic, or subject to Section 21 notices. But instead, the government simply paused legal proceedings and banned bailiff evictions for a few months.

A government spokesperson said: “Our £352 billion support package has helped renters throughout the pandemic and prevented a build-up of rent arrears. We also took unprecedented action to help keep people in their homes by extending notice periods and pausing evictions at the height of the pandemic. As the economy reopens it is right that these measures are now being lifted and we are delivering a fairer and more effective private rental sector that works for both landlords and tenants. We will bring forward further proposals in due course, including the abolition of Section 21 ‘no fault’ evictions and further support for landlords where repossession is necessary.”

Polly Neate, chief executive of Shelter called the Bureau’s findings “worrying”, and said: “The financial shockwaves created by the pandemic have left many renters fighting to stay afloat, with thousands facing mounting debts and ‘Covid’ arrears they have little hope of paying off. With only days until the Covid protections of furlough and the Universal Credit uplift are removed, more renters will be in danger of losing their homes in the months ahead.”

Linkedin
RELATED ARTICLES
OTHER ARTICLES
Following the release of his latest album God Don’t Make Mistakes, the rapper talks horror villains, police brutality and being unafraid to show his vulnerable side.
The government’s failure to take long Covid seriously has led to the formation of a group campaigning for the thousands of forgotten victims of the illness.
The revered showbiz chronicler recalls his journalistic beginnings, documenting subcultural scraps in the ’80s.
The government is scrapping the Human Rights Act in a move that will hit marginalised people hardest.
In the latest OFFF Dispatch, the enigmatic designer dives into his process, connecting the dots between his unique and varied creative output.
Our new magazine is here, starring the inimitable Mitski. Order your copy now and join us on a trip around the world.