News & Politics / The Welsh creatives embracing their heritage in lockdown 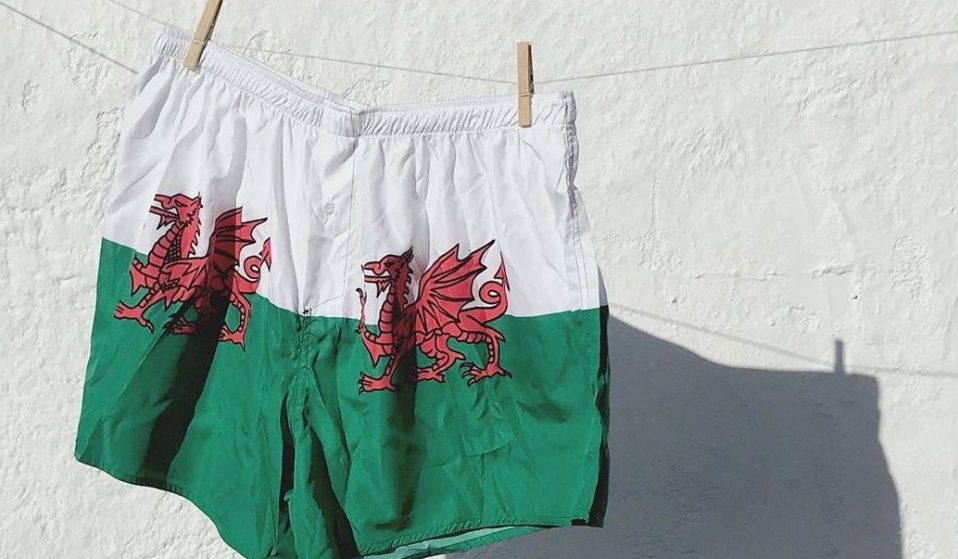 As Wales' fire-break lockdown comes to an end, the nation's creatives discuss how the period reignited debates on independence from the UK and inspired their work.

As Wales' 17-day fire-break lockdown comes to an end, the nation's creatives discuss how the period reignited debates on independence from the UK and inspired their work.

After lockdown was declared last month for the entirety of England – and not just tiered hotspots – there came a noticeable outrage from Welsh nationals online, particularly from those still living in the Land of Song. After closing the country’s borders to England for the past few weeks, tensions were already high between those pushing for Welsh Independence and the pedantic tweets of English holidaymakers.

The announcement from Boris Johnson setting out England’s restrictions only exacerbated these stresses, mainly due to the extension of the furlough scheme during their lockdown, which was denied when Wales, Scotland and Northern Ireland required it in their various firebreak lockdowns, which came to an end in Wales this week (9 November).

Claudia Rutherford, who runs Welsh focused publication Santes Dwynwen Magazine, agrees that the extent to which Wales is underestimated by those across the border is now being realised. “England’s failure to contextualise necessary restrictions reflects a lack of respect for Welsh people and our politics,” says Rutherford. “It made me laugh when Number 10 announced their ‘disappointment’ in our decision to close the border to English visitors, but then proceeded to go ahead with strict tier three restrictions for varying areas of England, where you’re unable to travel unless absolutely necessary.”

“The thought of young Welsh writers giving up hope breaks my heart,” Rutherford says, noting the particularly tough conditions for Welsh creatives. (It’s something the nation’s government recently sought to rectify with a £7 million fund for creative freelancers). “It really has made me more determined to build my magazine and provide a space where we’re nurturing Welsh creativity.”

“The gap between Wales and England is becoming more apparent now that people are actually [treating it] as a separate country,” explains Llyr Evans, a Welsh photographer currently based in England. “With the furlough only coming into play when England is in lockdown and not us, it feels as though people are spending time educating themselves and are now more socially aware of Welsh issues.” 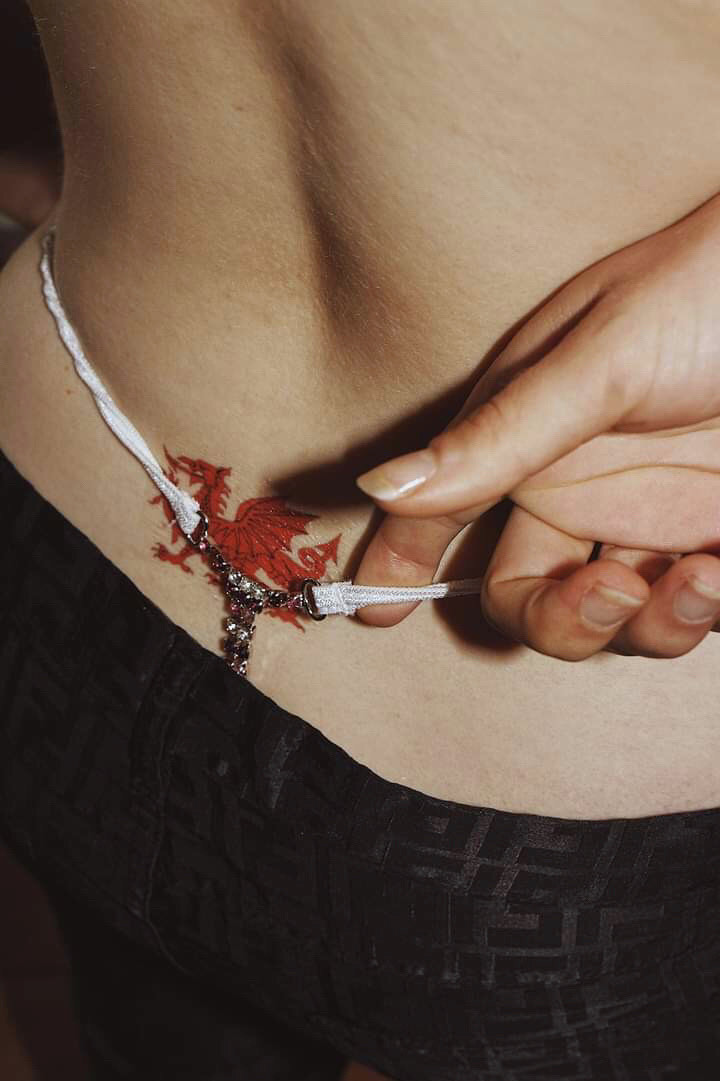 For creatives based outside of Wales, the resurgence in Welsh nationalism hasn’t just inspired a debate on independence from the UK, but inspired their work too. Evans also found himself embracing Welsh pride this year, commenting: “I’ve spent a lot of lockdown looking introspectively and examining what being Welsh meant to me; and even now, especially being in London, I am appreciating Wales a lot more now. I explored my heritage using Welsh iconography, and researching lost queer icons such as fifth Marquess of Anglesey, Henry Cyril Paget.”

Fashion designer Adam Jones agrees that quarantining has been a “blessing in disguise” for his creative output but unlike the aforementioned artists, Jones believes independence is the opposite of what Wales needs to survive. “I come from a tiny village in North Wales which borders Shropshire in England, so my family rely a lot on England for shopping. Now more than ever, she [my mum] has struggled being confined to Wales.”

“Wales relies a lot on tourism from England and further afield, which I know all too well as I hail from Froncysyllte, which is home to a world heritage site and the Aqueduct – it draws tourists every year,” Jones continues. “We all know there has long been a divide between Wales and England, but I see the Welsh feel this way towards the English rather than the other way around. Growing up in Wrexham which borders Chester, and seeing the conflict between the two, I just worry this will escalate. I want a united country and I think we need to stand together now more than ever.”

Megan Winstone, a photographer from the South Wales Valleys who now resides near Cardiff, similarly thinks that an independence vote needs to consider the smaller communities in the country. “I’m concerned about Valleys communities: I have not seen one ‘Yes Cymru’ sticker or poster outside of Cardiff or Swansea (in South Wales), so I’d like that addressed first, as well as job security in the steelworks, and how funding will be used for said communities in an independent Wales.”

“But I do love the reaction from outsiders of Wales,” Winstone adds. “They seem impressed that our country has a voice, and we have a strong influence for our future.” 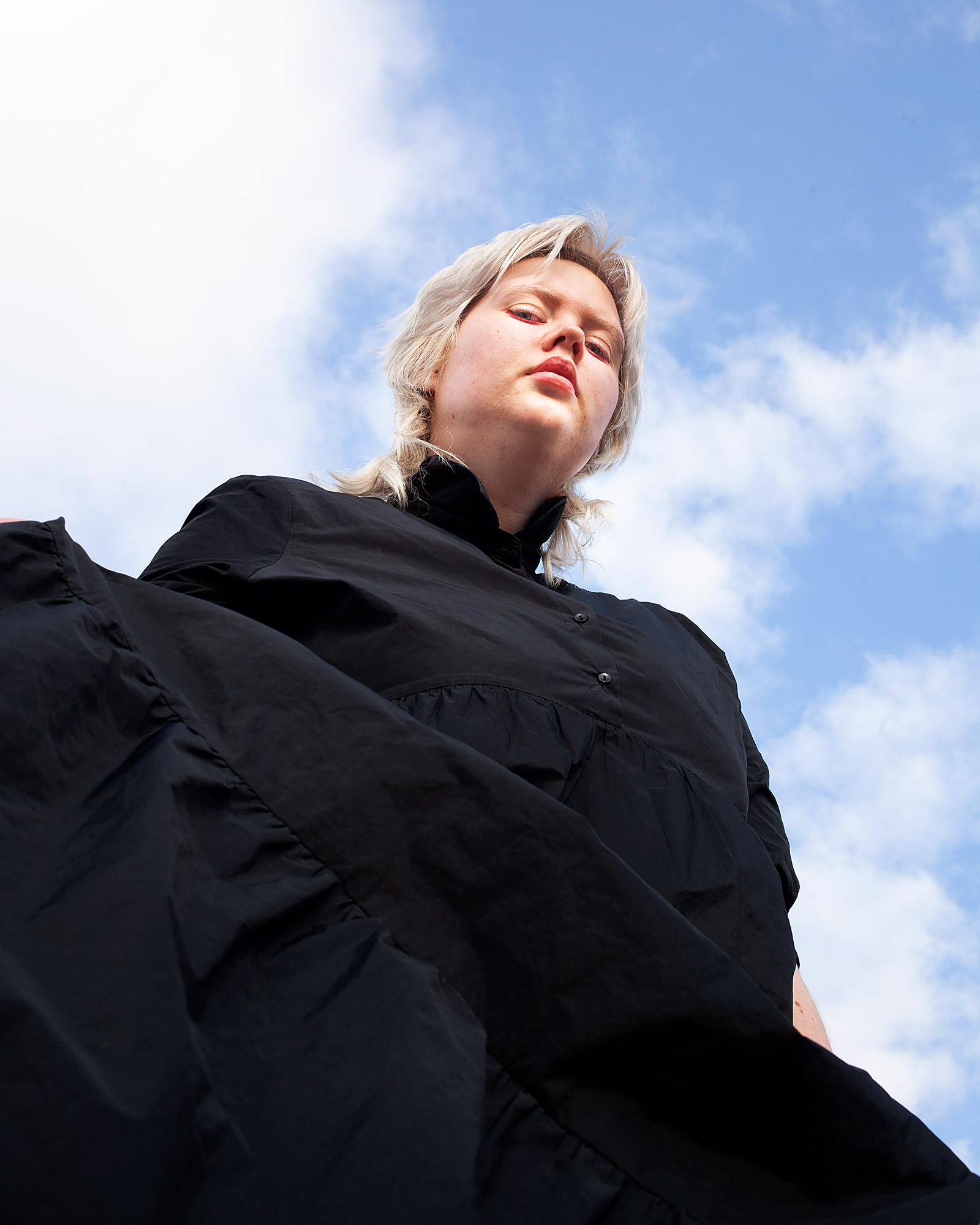 With over three thousand new paid sign-ups made to Yes Cymru (the official Welsh independence campaign) within just the first couple of days after England’s lockdown announcement, it certainly feels as though Wales is focusing on making its people heard and helped as the pandemic rages on. Especially following what has been a stark reminder that England is only going to help the English in times of crisis.

Rutherford believes that the prevalence of this topic in current conversations is important, and her outlook chimes with Winstone’s. “There definitely has been a surge in the discussion surrounding Welsh independence since the new lockdown, and I’m all for it, but I do think the movement needs to remain self-critical.”

“There is an obvious lack of representation in Yes Cymru, which is why the existence of groups like Yes Cymru POC are so important,” adds Rutherford. “Ensuring the movement reflects the lived realities of all Welsh people is vital to our success.”

In a country already fighting against anti-devolution rhetoric in Westminster, Wales needs to make the most of this momentum to fight for Welsh rights and freedoms across the country and in all its communities. While the debate about independence has been ongoing for years, whichever side you fall on, it is undeniable that there needs to be change in the governing of Cymru that will make the most for its citizens. At the very least, those in Wales – as well as the other Celtic countries – deserve the same support made available to England every time, and not just after it is put in place for the saes across the border.

Linkedin
RELATED ARTICLES
OTHER ARTICLES
Ahead of the release of their first collaborative album, the producer and rapper talk psychedelics and the state of UK hip hop.
Following the announcement of an 80% hike in the energy price cap from 1st October, crowds gathered outside the offices of energy regulator Ofgem to protest and declare their intention to undertake a payment strike.
Cindy Campbell recounts how her brother ushered in a new era of musical culture at a party she held in the Bronx in ‘70s.
With skyrocketing rents, packed out viewings, bidding wars and more, renting in London has never been harder.
A group of young Palestinians have found temporary freedom in the act of parkour, reimagining wreckage and ruins as a series of high-octane playgrounds.
Rhiannon Adam spent three months capturing an ageing society wracked by division, isolation, and the aftermath of scandal.