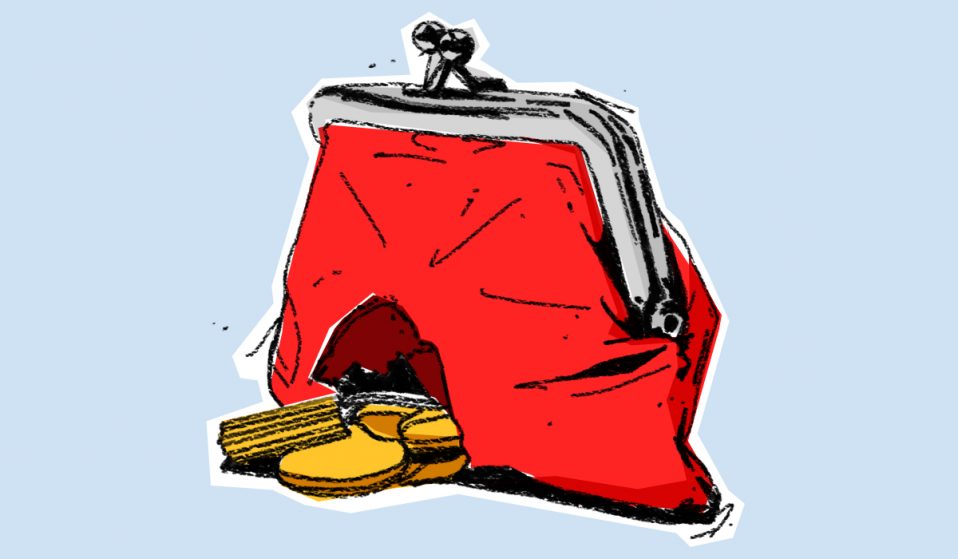 With young people bearing the brunt of economic precarity, many are now turning to cash advance apps to get by.

With young people bearing the brunt of economic precarity, many are now turning to cash advance apps to get by.

Tia, age 23, based in the UK, started taking money from her own paycheck before her payday through the app Wagestream around six months ago. “At first, when you need to access money for small things here and there, it’s great. But what ended up happening was that I took it out of control,” she says. Tia ended up taking out over half her paycheck at one point, leaving her with almost nothing. Bills were getting missed and she wasn’t able to afford the bare minimum. “My living situation was unstable at the time and, coupled with less money and worrying about bills and food, it put me in a very dark place,” she says.

Wagestream is what is known as an Earned Wage Access (EWA) app, which is provided through employers. These services, which also include Hastee in the UK and PayActiv or DailyPay in the US, allow workers to access their own wages as they earn them, rather than waiting for payday. While Wagestream is a self-described “financial wellbeing” app, which provides saving advice and budgeting tools to users, it cannot guarantee a positive experience for everyone.

Cash advance apps exist in the same ecosystem of new fintech products targeted at young people as Klarna, which allow users to spread the costs of purchases into three instalments or pay in 30 days. Marketed as convenient and secure, ‘Buy Now Pay Later’ and cash advance apps are both capitalising on and contributing to young people’s financial instability.

“I’ve known people to have had their finances worse off than mine [after using Wagestream] and they were forced to borrow money off other people and have put themselves in horrible positions,” Tia adds. “I understand why this exists, but it is too tempting.” Tia has since deleted Wagestream.

EWA apps are not a form of credit, but they can nevertheless carry risks for users, with campaigners worrying they could plunge people into further cycles of debt. “As a one-off, they can be used well. Unfortunately, there’s a massive risk that people don’t understand the T&C’s, or end up depending on getting paid early every month and spiral,” says Matt Dronfield, head of charity Debt Free London, which offers free advice to Londoners with money worries. “The bigger question is: what is the underlying issue here? Is that person’s expenditure too great for their income? Or is it that they’re not able to earn enough to cover the cost of living in an expensive city like London?”

For Matt, this is not only a problem of financial literacy, but at the core, of precarity. Young people working in lower-paid jobs who haven’t yet built up their savings are particularly vulnerable to these services. “There’s a bigger picture here,” says Matt. “Unfortunately we’re anticipating a far greater proportion of younger clients coming through our doors being unable to cope with the increased cost of living.”

A study commissioned last year by Debt Free London showed that 24 per cent of those aged 18 to 24 hope that their cards will go through when using them because they’re never quite sure how much money they’ve got in their account. A Freedom of Information request also revealed that the number of 16 to 24-year-olds contacting the Financial Ombudsman Service for help with debt-based financial services products has risen by more than 200 per cent over the past five years in the UK.

Across the Atlantic, cash-strapped young people who’ve also seen their finances strained and opportunities restricted by the pandemic are similarly turning to services allowing them early access to their wages. In addition to EWA services provided through employers, in the US, there’s also direct-to-consumer cash advance apps, which are not provided through an employer.

Users connect their bank account, request some portion of their next paycheck — advances go from $25 (£19) up to $500 (£379.97) for some services — and on payday, the app recoups the advance by debiting the money.

In 2020, users of cash advance apps in the US received 55.8 million paycheck advances totalling $9.5 billion – up from 18.6 million advances making up a total of $3.2 billion in 2018 – according to a report by the Aite Group, a financial services research consultancy. Some apps are riding the wave of this rising popularity by recruiting influencers to promote their services. TikTok creator @faaresq, who has two million followers and uses his platform mainly to talk about building wealth as a young person, posted an ad for the cash advance app Klover in August 2021. Klover even has its own TikTok account with over 40,000 followers using trending sounds and popular video formats like “Day in the life of a student” to target a young demographic.

Back in 2019, then-26-year-old Becky from Texas saw an online ad for the cash advance app Earnin, which provides up to $500 (£379.90) advances that are then deducted on the next payday. “I started using them because the job I was at only paid nine dollars (£7) an hour and with insurance, sometimes I didn’t have enough money to pay my bills or eat,” she recalls. “It was an act of desperation not to overdraw my bank account.”

Becky became reliant on Earnin, consistently borrowing from her next paycheck to keep herself afloat. This vicious cycle of living a paycheck behind landed her into serious debt, prompting her to ask for advice on the subreddit r/personalfinance. “I am so far into financial ruin I don’t know what to do,” she wrote then.

For Trent, 25, based in Georgia, it was three cash advance services that landed him in debt – namely, Dave, Brigit, Moneylion. He started using them in 2020, on his brother’s suggestion. “I had advances from not just one but multiple apps at the same time, and each paycheck I was owing $700 (£532) to $900 (£684) to these cash advance apps,” he says. “It’s very easy to take yourself into a hole like that.”

Cash advance apps posit themselves as an alternative to predatory payday loans, which carry high-interest rates, instead operating on subscription fees, per-use fees, or voluntary “tips” to the app – a way to ‘thank’ the platform for providing the service with the amount being at the user’s discretion. “They always make you feel bad about not tipping, so I would usually tip two or three dollars or something like that,” Trent recalls. That might not seem like a lot, but it is actually akin to dizzyingly high-interest rates. The National Consumer Law Centre has calculated that a “$100 (£75.94) advance taken out five days before payday with a $5 (£3.80) fee or tip is equivalent to an annual percentage rate of 365 per cent”.  By comparison, the average annual percentage rate of credit cards is 19.62 per cent, according to Investopedia.

“Dealing with the terms and conditions of these apps or financial businesses is a minefield,” says Matt Dronfield of Debt Free London. “People don’t know what they’re signing up for, and they’re tempted to buy more than what they would plan to buy.” The Financial Conduct Authority (FCA) in the UK is now looking to regulate Klarna and similar services, amid fears that they could create high levels of debt.

Meanwhile, in the US, the New York Department of Financial Services announced in August 2019 that it was leading a multi-state investigation for “allegations of unlawful online lending” into cash advance apps. The agency said that cash advance services, including Earnin, appeared to “collect usurious or otherwise unlawful interest rates in the guise of ‘tips’, monthly membership and/or exorbitant additional fees, and may force improper overdraft charges on vulnerable low-income consumers.” To this day, however, Earnin still operates on tips.

For Tia, Trent, and Becky, the problem emerged from the addictive nature of these apps. While they may seem like a good solution to a temporary lack of cash, they are rarely used only once. According to a 2021 study of both EWA services provided by employers and direct-to-consumer cash advance apps, more than 70 per cent of users took consecutive advances every fortnight over the course of a year. “They trick you into thinking they’re better than a payday loan because they’re interest-free – and they are – but they leave out how it puts you in a cycle of constantly having to borrow from the next check and never getting on a good financial footing,” Becky says.

Tia, Trent, and Becky have all managed to stop using these services, but as financial insecurity worsens, quick and – on the surface – ‘easy’ cash is only set to become more appealing. These apps appear convenient, effortless and allow users to avoid the shame of borrowing from a relative or friend. But going from living paycheck-to-paycheck to the financial quicksand of living a paycheck behind is a line that is easily crossed, and a struggle to climb out of. What’s clear is that these apps must be regulated as a matter of urgency to avoid leaving more young people in desperate situations.

Linkedin
RELATED ARTICLES
OTHER ARTICLES
Yesterday thousands gathered outside Buckingham Palace after news of the Queen’s death broke.
A group of young Palestinians have found temporary freedom in the act of parkour, reimagining wreckage and ruins as a series of high-octane playgrounds.
A new project is documenting formerly incarcerated people as they transition back into civilian life.
For over a decade, gamblers have won big by employing people to place live bets from the court. But does this dubious method still work?
Ahead of the release of their first collaborative album, the producer and rapper talk psychedelics and the state of UK hip hop.
Financial turmoil is pushing people who work in the sex industry into more dangerous and desperate situations as a means of survival.