News & Politics / Is there room for old boys like Allardyce in today’s beautiful game? 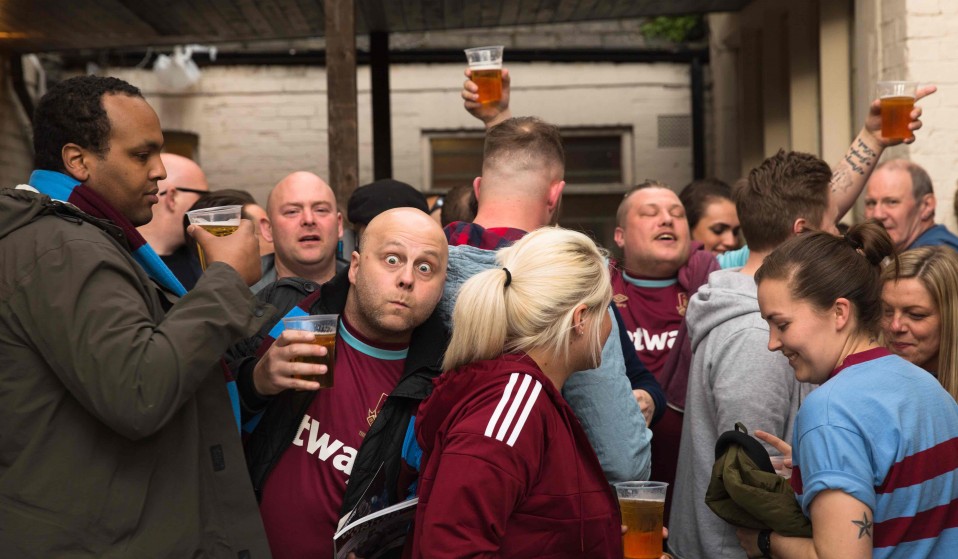 There's no doubt that Sam Allardyce's apparently dodgy dealings were a fuck up, but the Telegraph's sting is reminiscent of a game that has always been populated by duckers and divers. Is there space for these old boys in today's game?

There's no doubt that Sam Allardyce's apparently dodgy dealings were a fuck up, but the Telegraph's sting is reminiscent of a game that has always been populated by duckers and divers. Is there space for these old boys in today's game?

Sam Allardyce has dropped a massive bollock. One of the last standing talismans of Old Football has been plucked from the perch of the English national game. The Football Association (FA), his erstwhile employers, are laughing stocks of world football. At last Alan Shearer has said something that makes sense.

Daily Telegraph hacks posing as football-biz spivs entrapped Sam Allardyce with the sort of fleet footed symmetry we haven’t seen in a decade of post phone-hacking tabloid retreat. They offer him and his agent a crack at a sweet swerve. The carrot is a regular gig in the Far East to advise a group of investors who want to own a slice of prime Premier League meat. It’s a £400K deal, and if it happens it’s spectacularly illegal.

Big Sam appears to take the bait. In the process of a posh dinner discussing the deal he dishes dirt on his predecessor – the owlish and heroically mediocre Roy Hodgson – and the dithering indecision he displayed at the Euros. God knows what he’s thinking. Allardyce – all Lancashire straightforwardness and jowly rectitude – is after all the quintessence of the savvy operator in the turbocharged spectacle that is English football.

But nevertheless the shitehawks packing the hidden GoPros manage to capture him on camera slagging off former England assistant coach and member of Man United’s Golden Generation Gary Neville, and the busy braggadocio that defines the man. This is ten days before the new England manager’s first scheduled home game at Wembley in the qualifiers for the 2018 World Cup.

On the radio meanwhile Talk Sport’s breakfast show host Alan Brazil and a coterie of blue-collar pundits are discussing the scandal in depth in their self-conscious patter. This banter, interspersed with excruciating golfing anecdotes and toe-curling commercial endorsements, is a slick, souped-up members club version of the stuff you hear in the white van out the back of the Wickes car park.

The studio lads cut away to prostate cancer awareness campaigns and Ford Transit finance deals to ex wunderkind Spurs striker Clive Allen, who is out in Moscow in his new career as a pundit for the Champions League tie to CSKA Moscow this evening.

In between the hypocritical moral panic about Big Sam’s bollock-drop, the boys back in the studio reminisce about how cold and unfriendly Russia was back in the seventies when they were plying their journeyman trade in the UEFA Cup, when they earned £500 a week in their tight short vinyl shorts – and when they could spend the night before the match necking vodka with the commie wide boys who ran Spartak.

The first month of the 2016-17 Premiership is unfolding in the digitised Gestalt of horrors and triumphs. West Ham, for example, gentrified classicists of the Old Game, have made a disastrous start, losing four games on the spin and in the process conceding 14 goals.

There’s a symmetry to this too in this genetically modified season. The move of the Hammers to their new home at London Stadium is shrouded in mutterings about the private firm that runs the stewarding – how ‘persistent standing’ won’t be tolerated.

In the most lucrative, record breaking season in the history of English football, with the Premier League now well into its third decade, it’s become the most cash-rich and commodified competition on a planet. The world is fully in the Premiership’s thrall. The top echelons of the Prem has names like Guardiola, Mourinho, and Conte – genuine giants of the game, battling for the limelight and the honours.

There’s a simple truth inherent in the hypocrisy shown at Big Sam’s dismissal. It mirrors perfectly the weighty contradictions of the billion-dollar boys club that the Prem has become. Football is much more complex and multi-layered than a simple ‘sport’ – and it is much broader, wider and more perennial than the English Premier League.

It is a visceral kaleidoscope of culture – and a brittle, confused bastion at its heart, of working class male identity. Big Sam represents a time and a space and an aesthetic that is disappearing fast.

He was always born of the sort of ragged aspiration that doesn’t see the contradiction in earning a few bob on the side – even if you’re on a multi-million pound contract and that bit on the side might push to half a bar. Until the Premier League came and the Sky Sports deal was signed and changed everything, it was a matter of course that footballers had to know how to work the angles.

Footballers pension plans used to involve country pubs and chains of sports shops. Now they are more likely to be extremely lucrative media contracts and consultancy gigs like the one that was dangled in front of poor old Sam. Football folk being expected to adhere to the standards of bank executives? You can’t miss the irony.

The fact is that even outside its mentalist upper echelons football always was and always will be a realm of duckers and divers and bobbers and weavers. Throw billions into the game and you can’t be surprised that people will take the piss.

And as for Big Sam’s successor? Bring on Harry Redknapp, the last of the Old Campaigners. Let the carnival roll on.

Over There: The Last Day at the Boleyn is the first in a series of hand made little books about football from the perspective of East London. The first edition documents the last day at the ancestral home of West Ham United: Upton Park and the Boleyn Ground.

Linkedin
RELATED ARTICLES
OTHER ARTICLES
With the virus now a global health emergency, we must take steps to fight misinformation and demand a swift UK-wide vaccine roll out, writes Phil Samba.
Steel City is often overlooked when it comes to the country's cultural radar despite its role in shaping electronic music.
From the early originators to the female writers at the forefront of today’s scene, we talk to the artists redefining graffiti’s consciously macho origins.
Protestors gathered outside Downing Street following the latest atrocities committed by Israel against Palestinians living in the besieged strip.
In the latest instalment of Photographers in Conversation, the creator talks portraiture, platforms and taking inspiration from Little Simz.
Photojournalist Fiora Garenzi spoke with people still living in Eastern Ukraine, an area which seen some of the heaviest fighting since the war began.