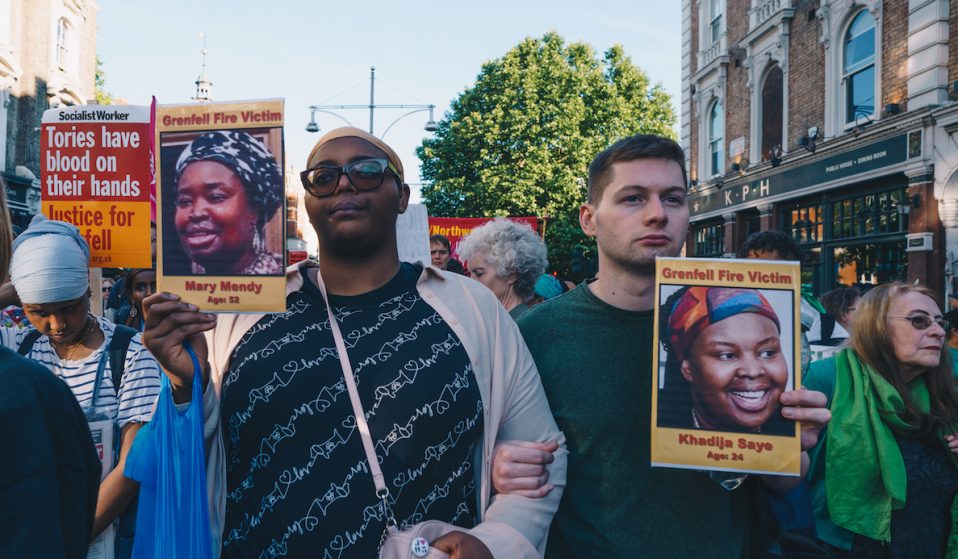 On the fifth anniversary of the tower fire, around 18,000 joined the walk to remember the 72 dead and to demand justice.

On the fifth anniversary of the tower fire, around 18,000 joined the walk to remember the 72 dead and to demand justice.

Yesterday was five years to the day since the people of London woke to smoke billowing across the city. Over the coming days, the true horror of the Grenfell fire would reveal itself as images of the charred tower were broadcast on repeat and loomed large over a devastated west London community.

At least 72 people are known to have lost their lives in the fire. 40 per cent of all disabled people who lived in the tower were killed. Residents had been raising concerns over safety repeatedly for years, but say they were dismissed by building managers and the then Conservative run council.

The deadly fire brought into focus the use of highly flammable cladding, and questions still hang heavy over 58 blocks over 18m tall which have the same cladding as that used on Grenfell tower. According to the fire service, more than 1,000 buildings in London need round-the-clock monitoring due to potentially unsafe building materials.

Five years on, the public inquiry into the disaster is drawing to a close, with no real progress made on bringing those responsible to justice. In the aftermath of the fire, residents and community members came together to form the Justice4Grenfell campaign, holding silent marches to the tower, which still looms over Ladbroke Grove, every month on the anniversary of the fire.

The marches, which paused during the pandemic, saw people coming together dressed in green for Grenfell, to march silently through the streets of West London to ensure the tragedy at the tower would not be forgotten. Last night, on the fifth anniversary of the fire, around 18,000 people came together to remember the 72 dead and to demand justice.

Joining the crowds were rapper Stormzy, who has repeatedly used high profile appearances at Glastonbury and the Brit awards to criticise authorities over the tragedy. Labour MPs Zarah Sultana and Richard Burgon were also present as well as ex-leader of the Labour Party Jeremy Corbyn MP. After marching to the tower, those gathered heard speeches in the shadow of it. Photographer Aiyush Pachnanda was there to capture the evening. 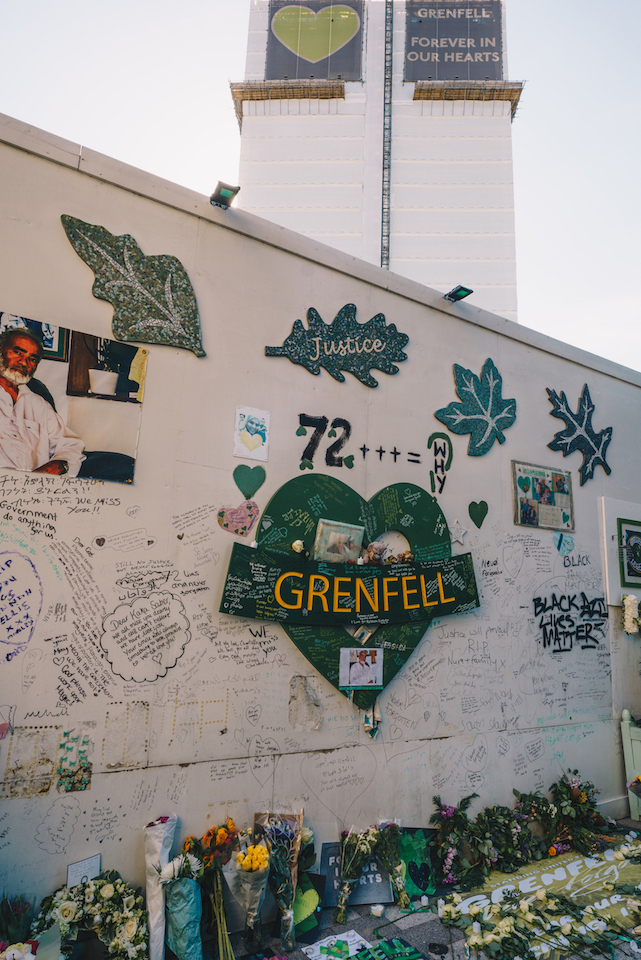 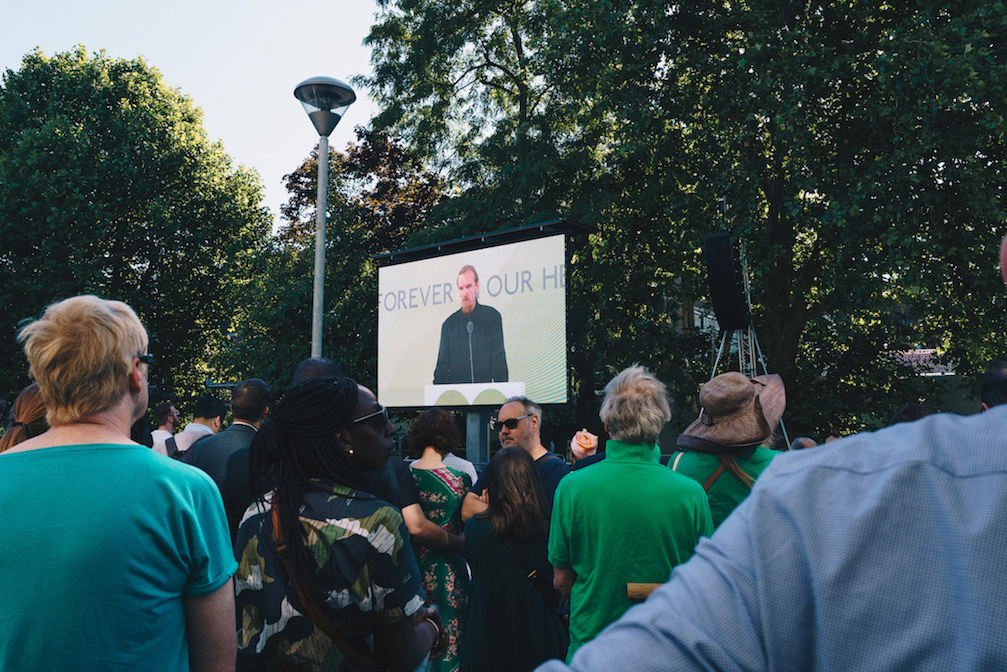 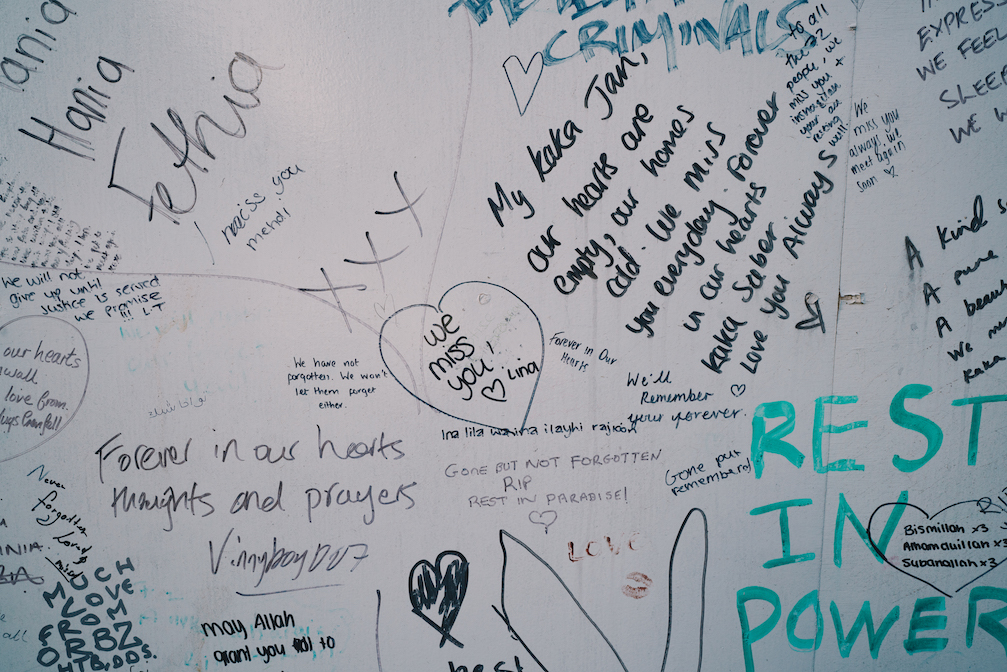 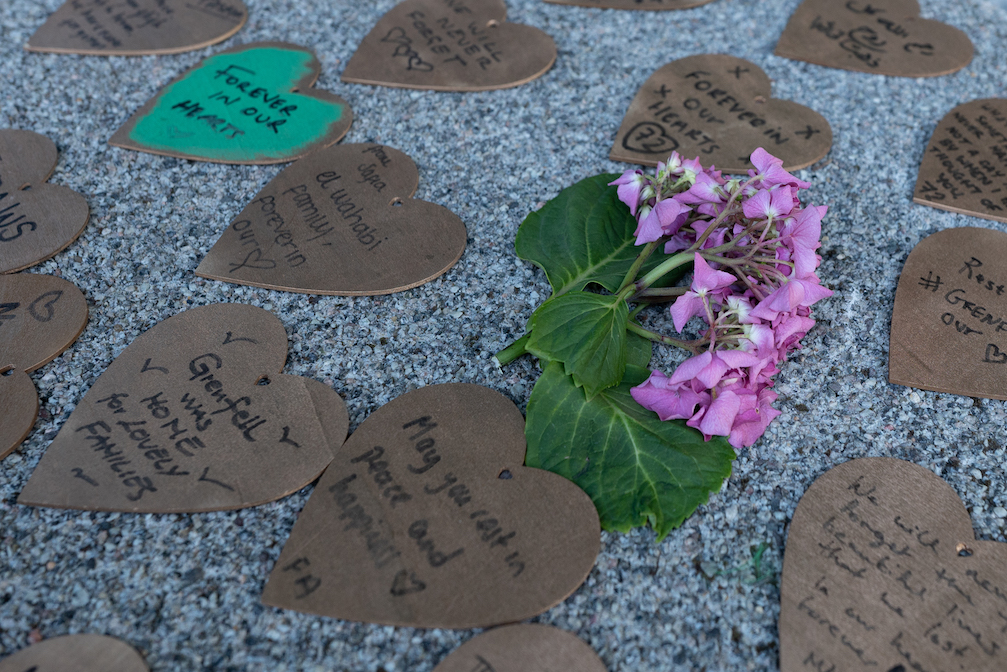 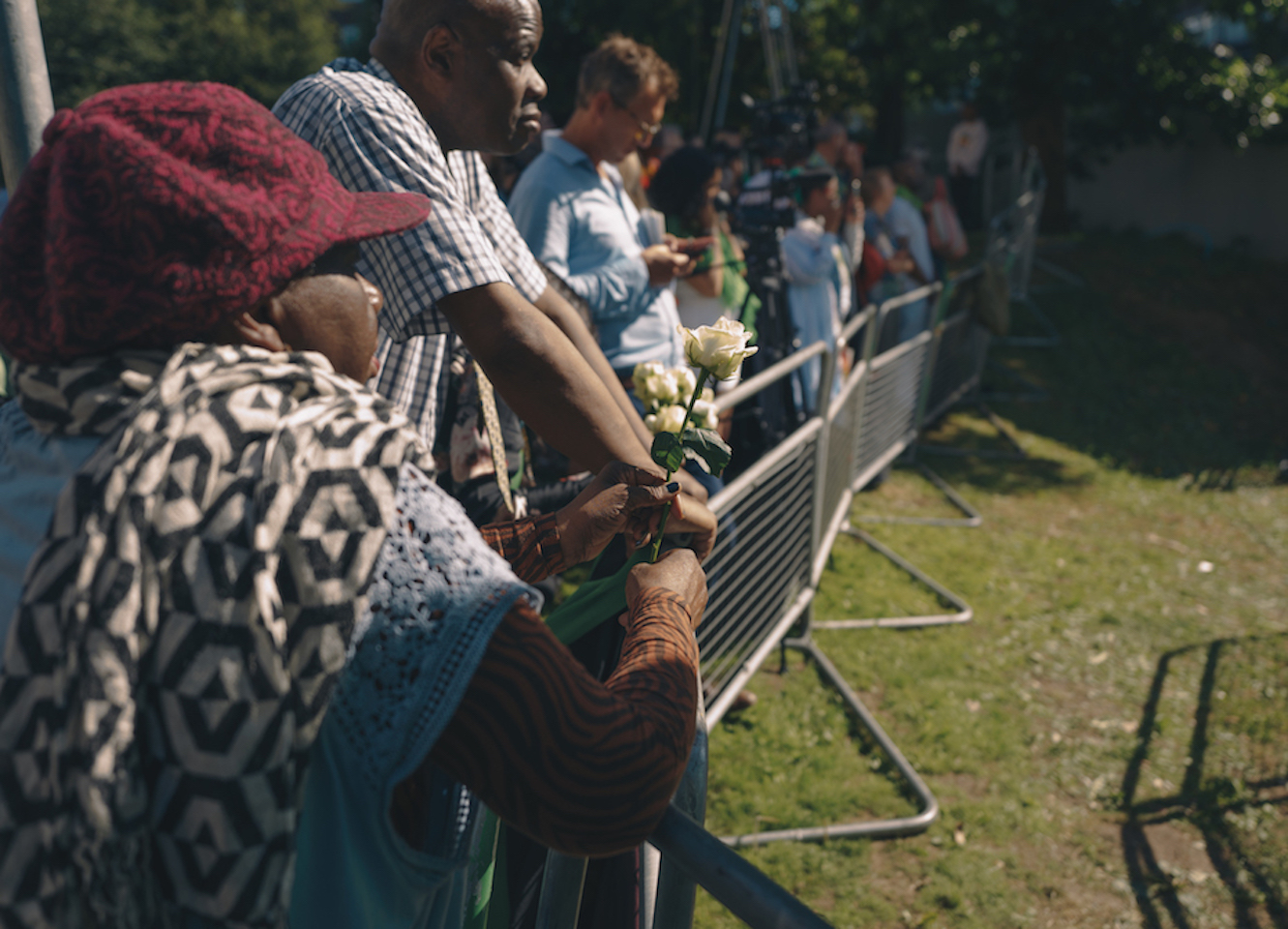 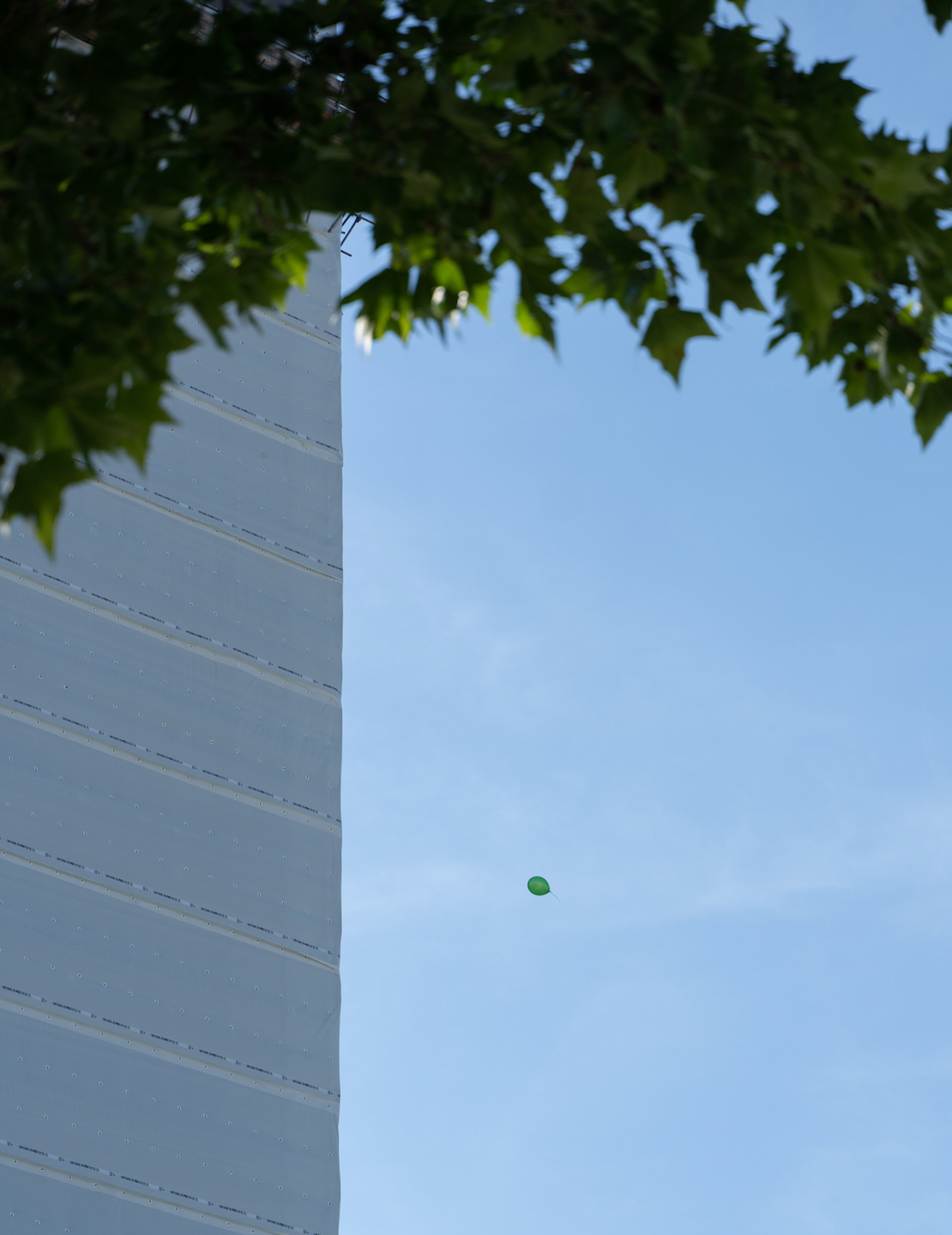 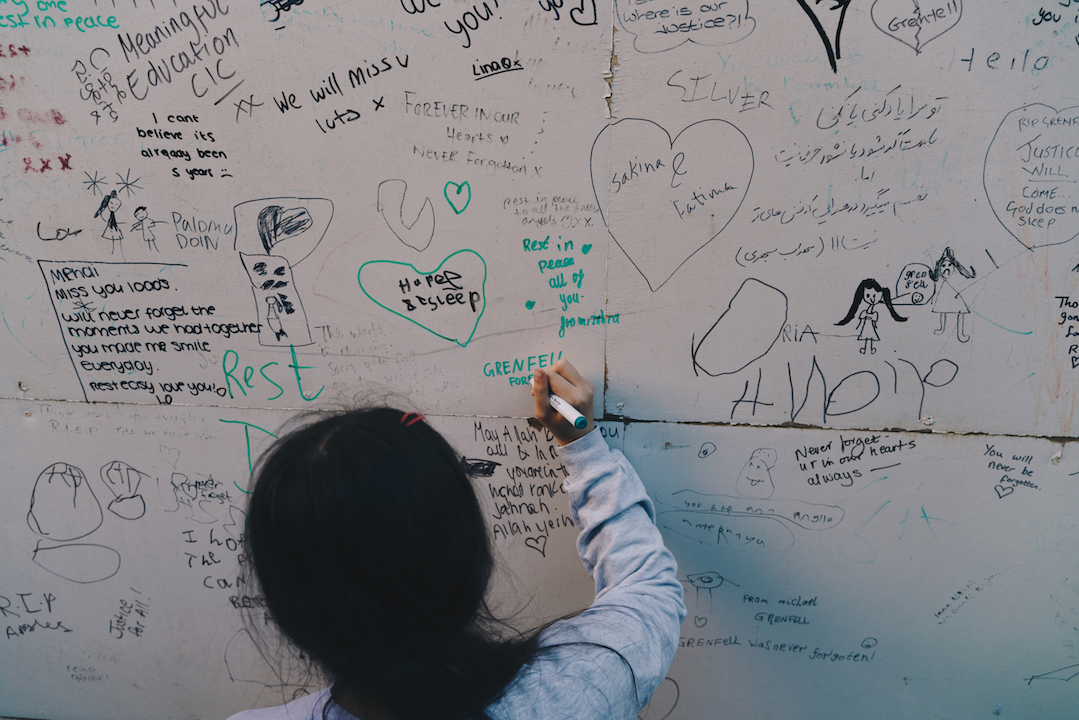 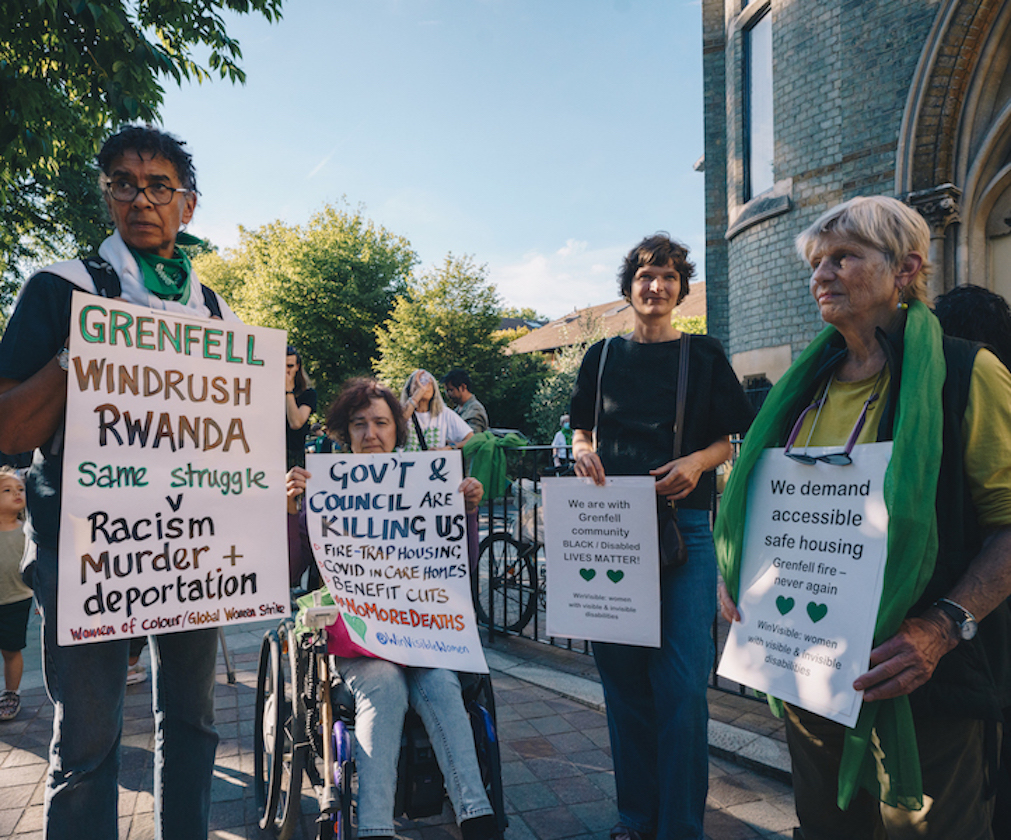 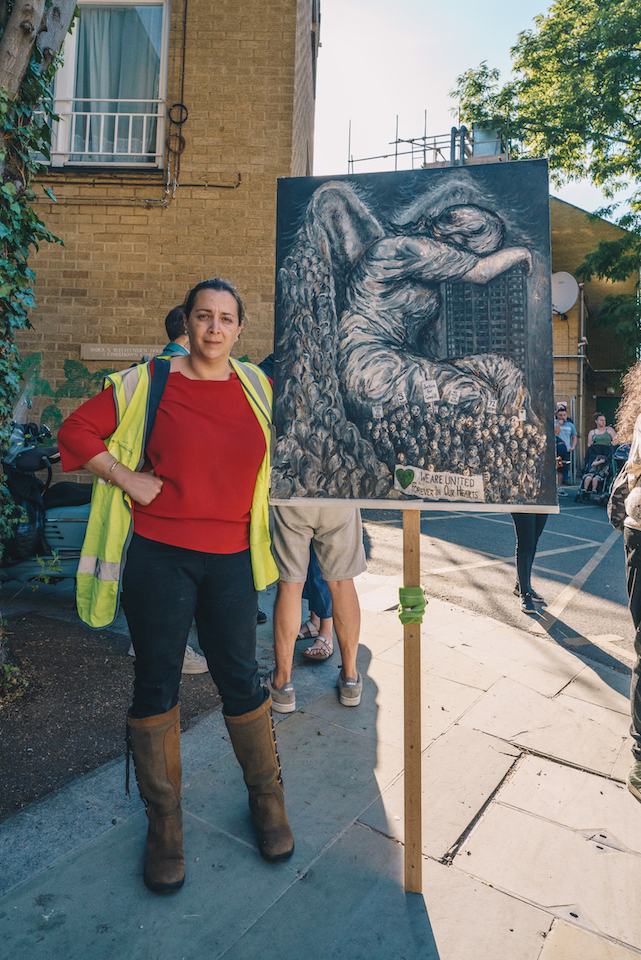 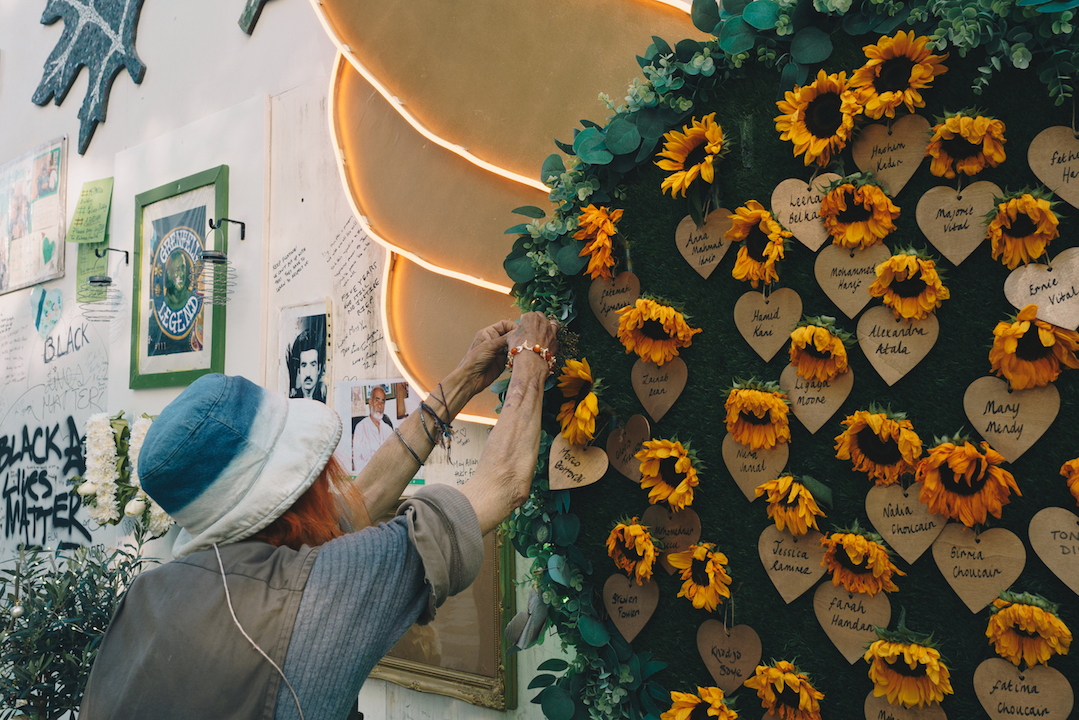 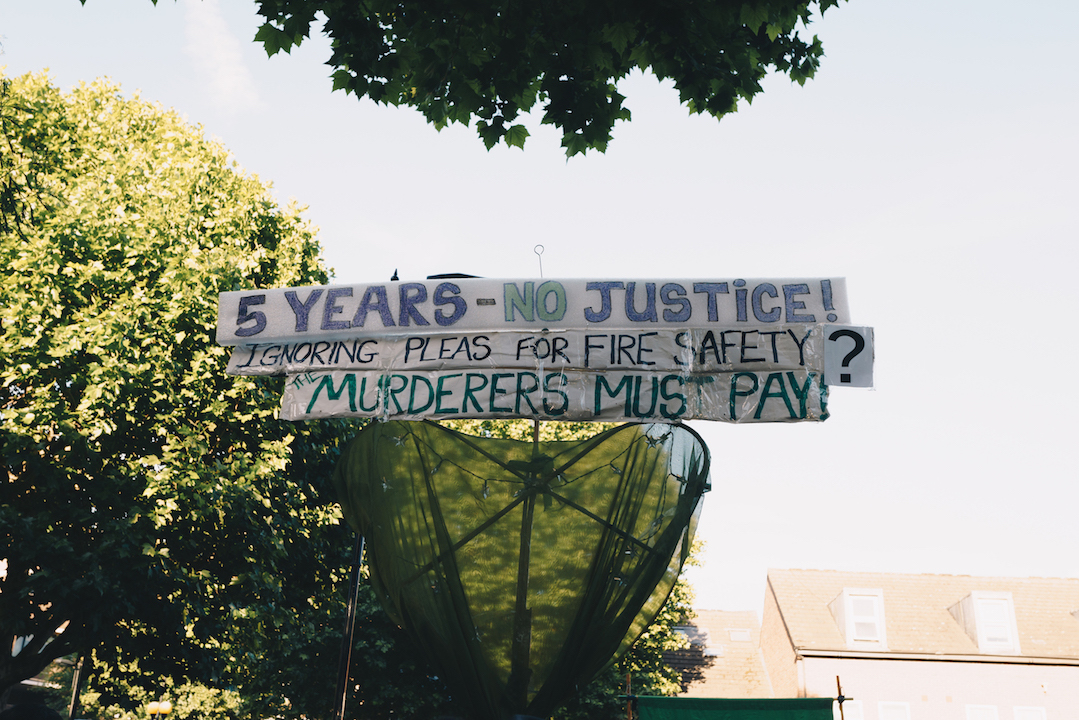 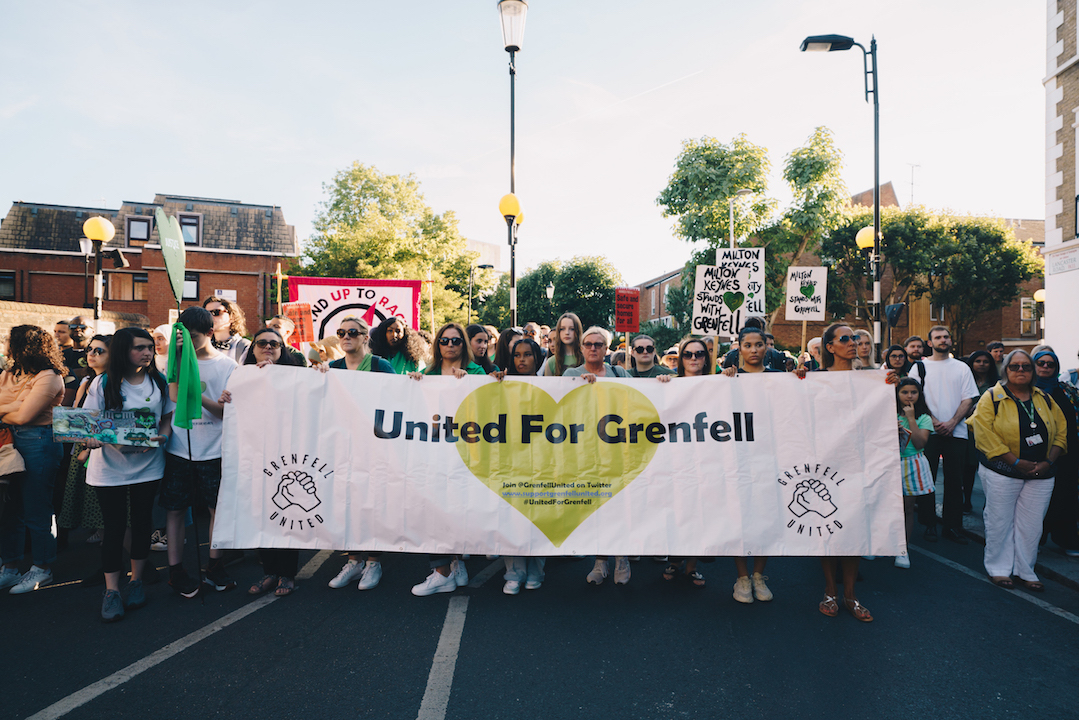 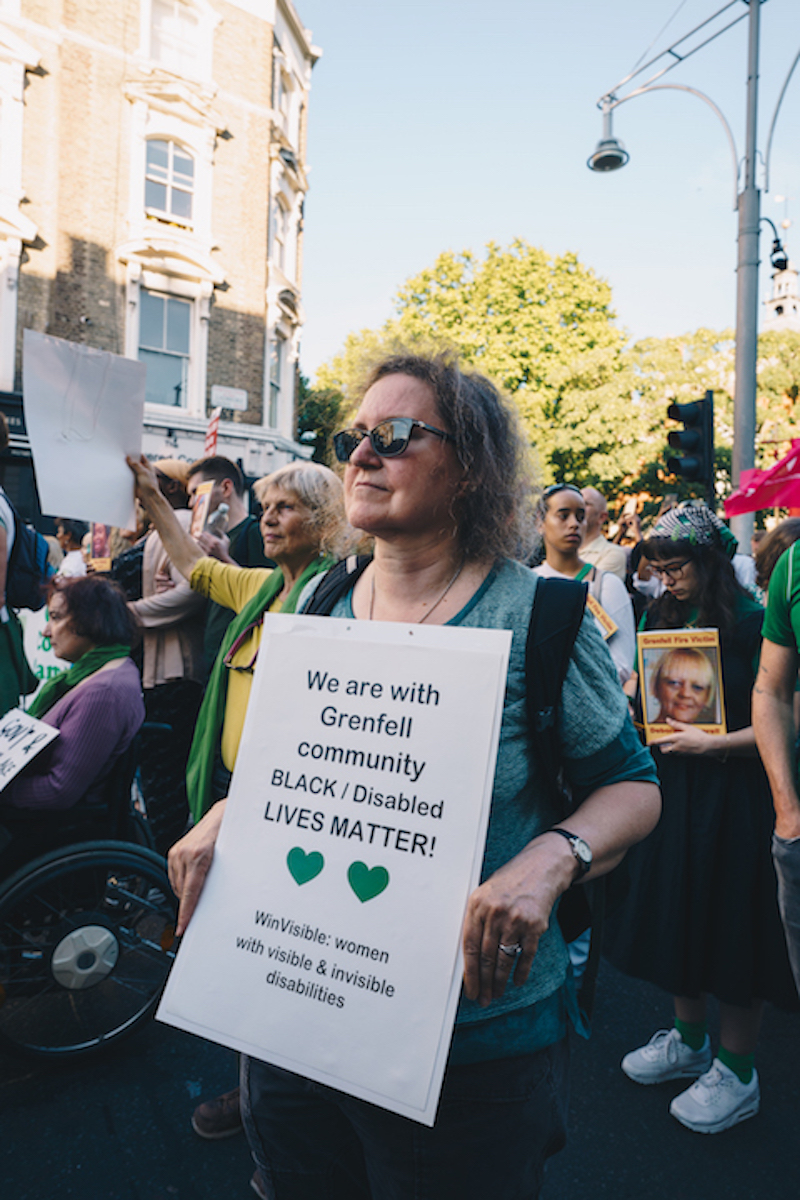 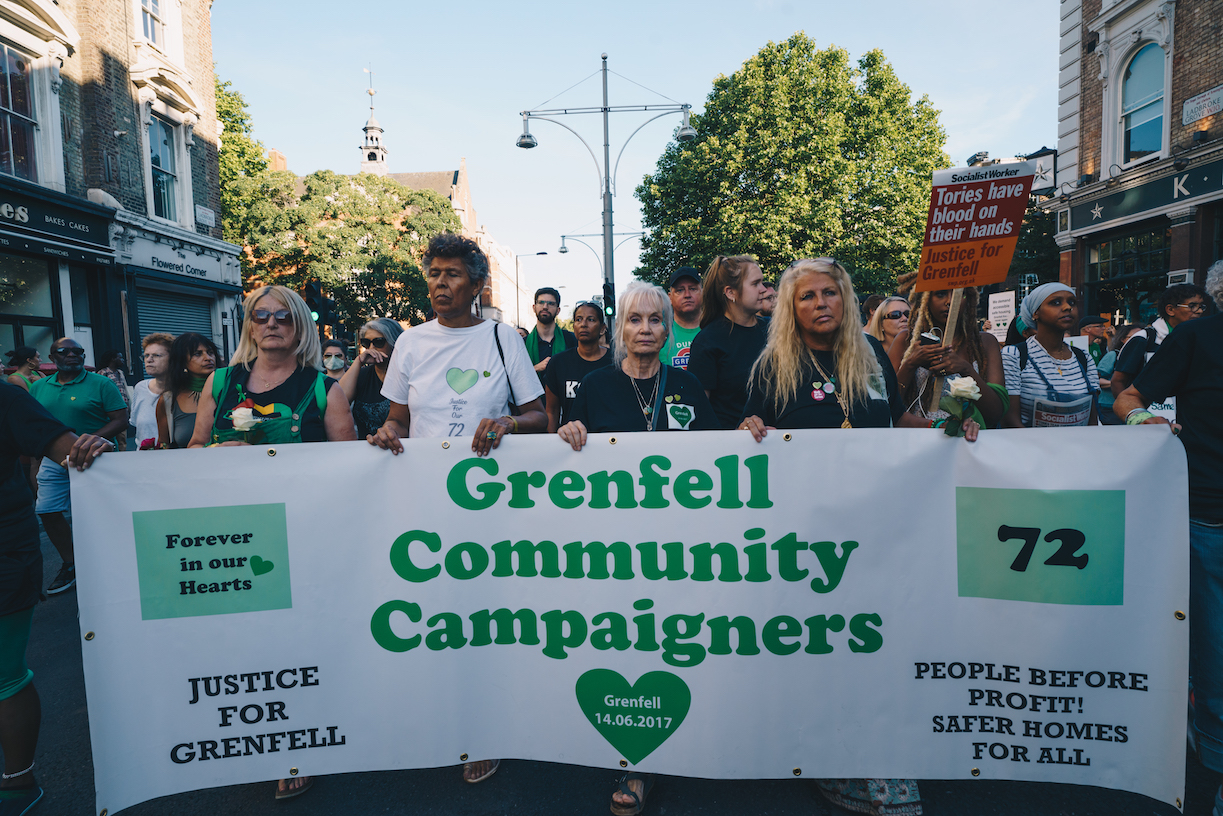 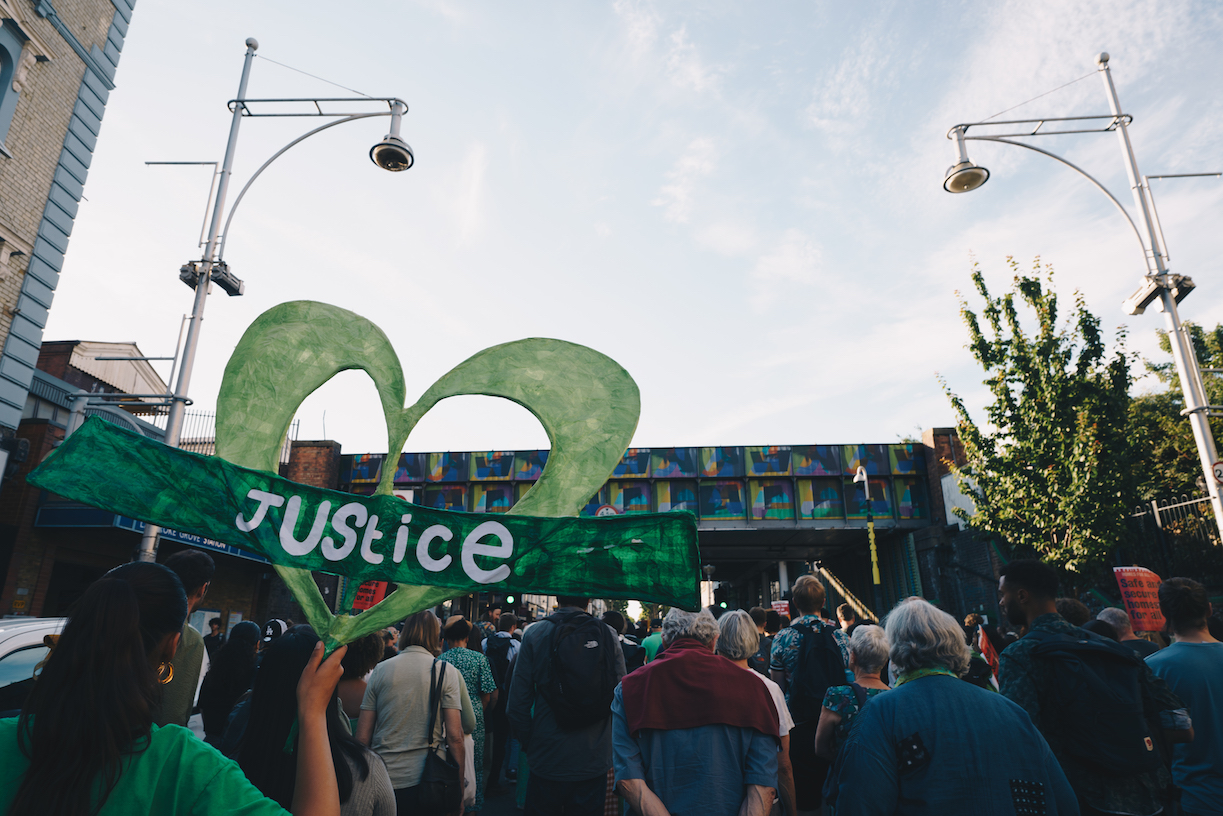 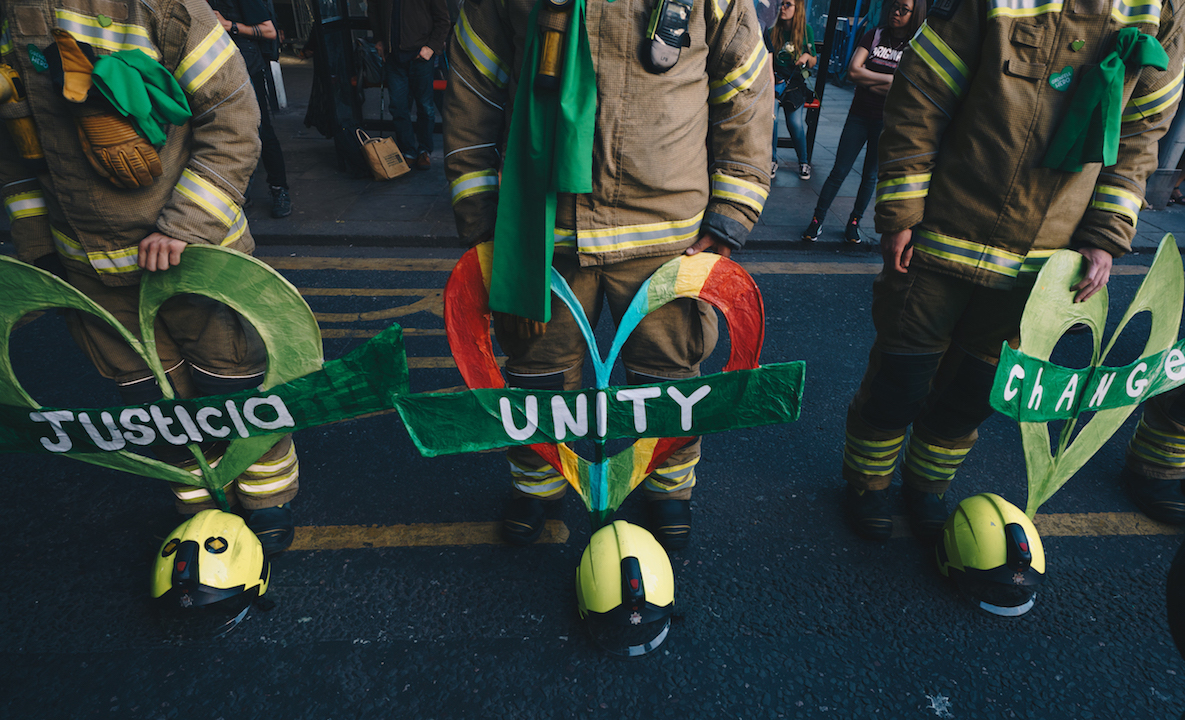 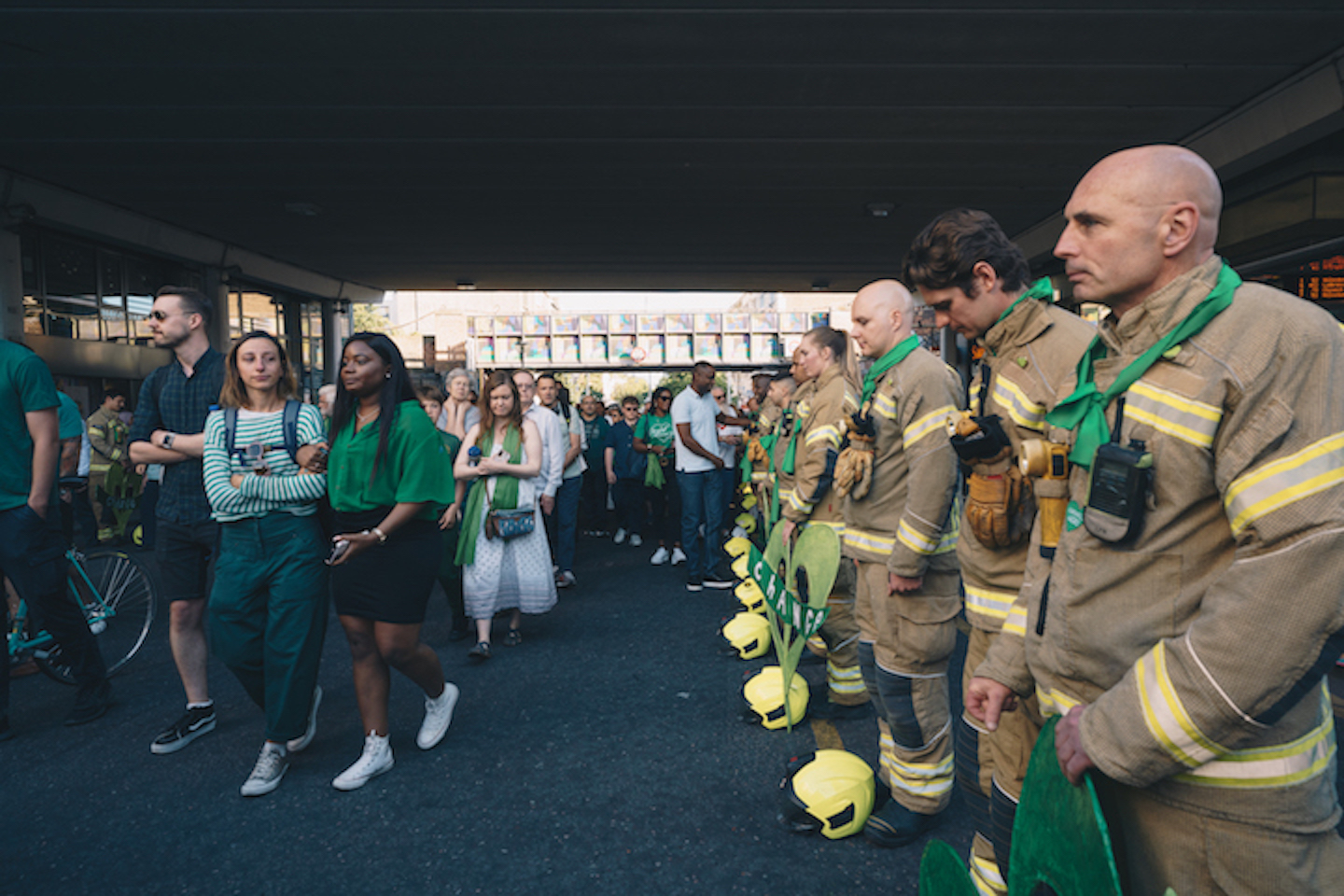 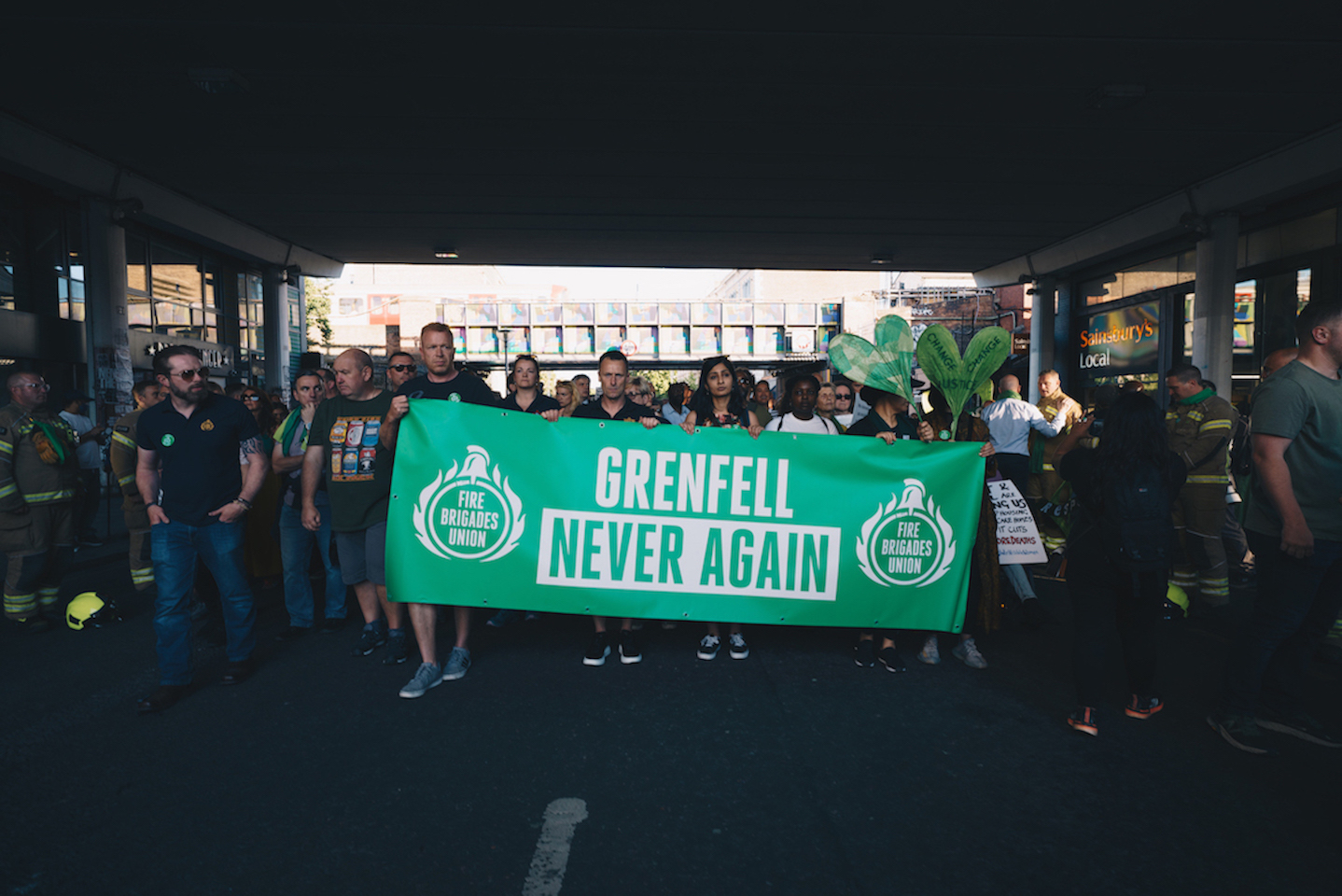 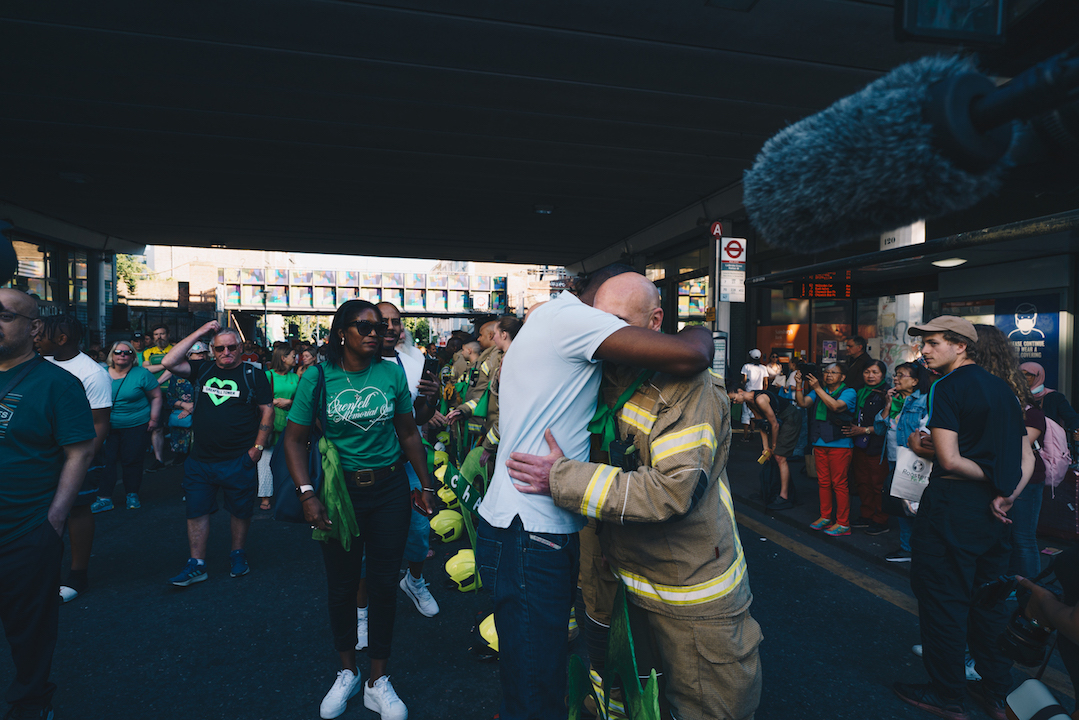 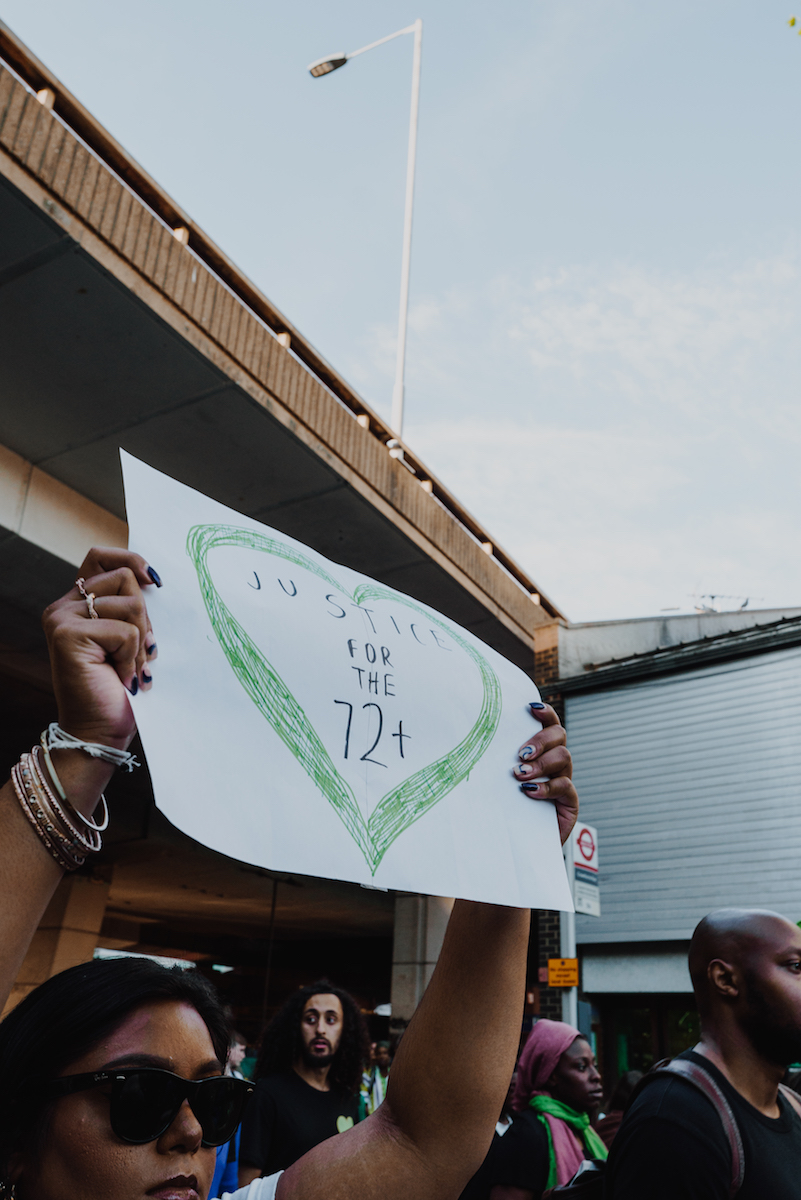 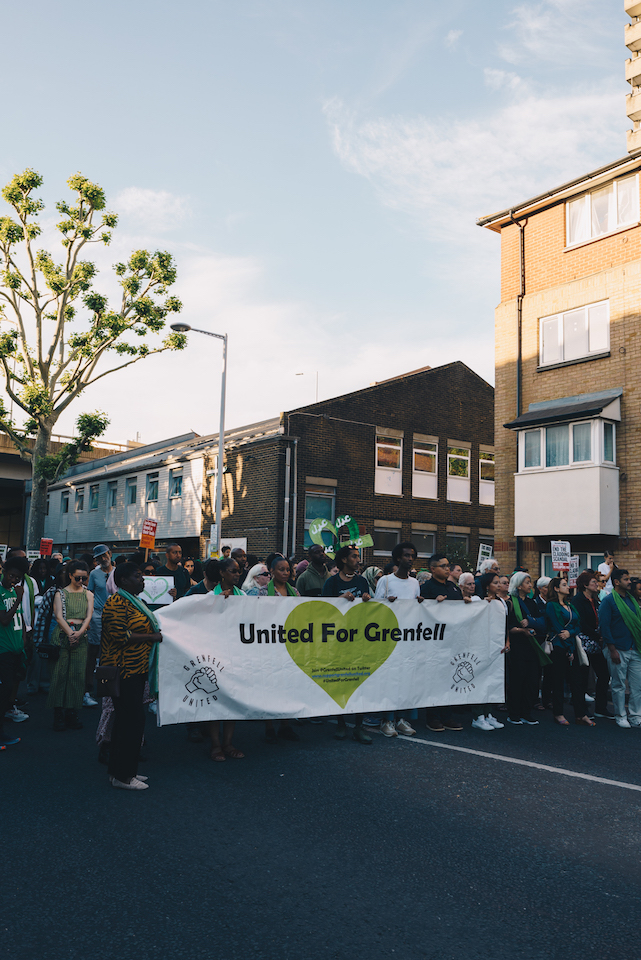 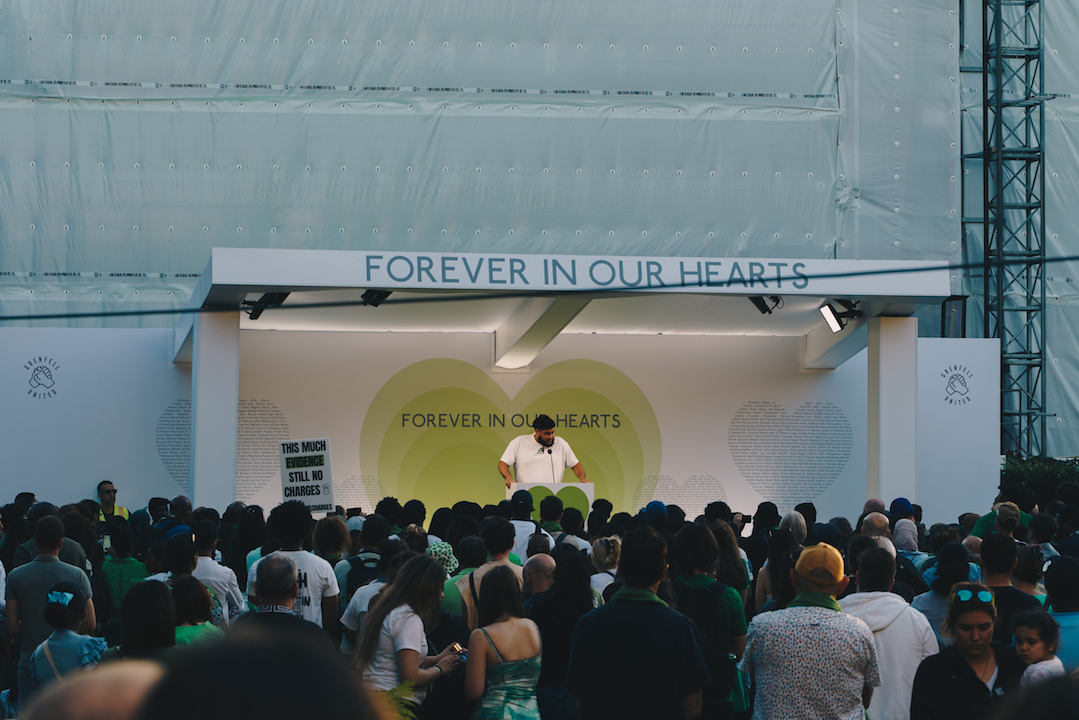 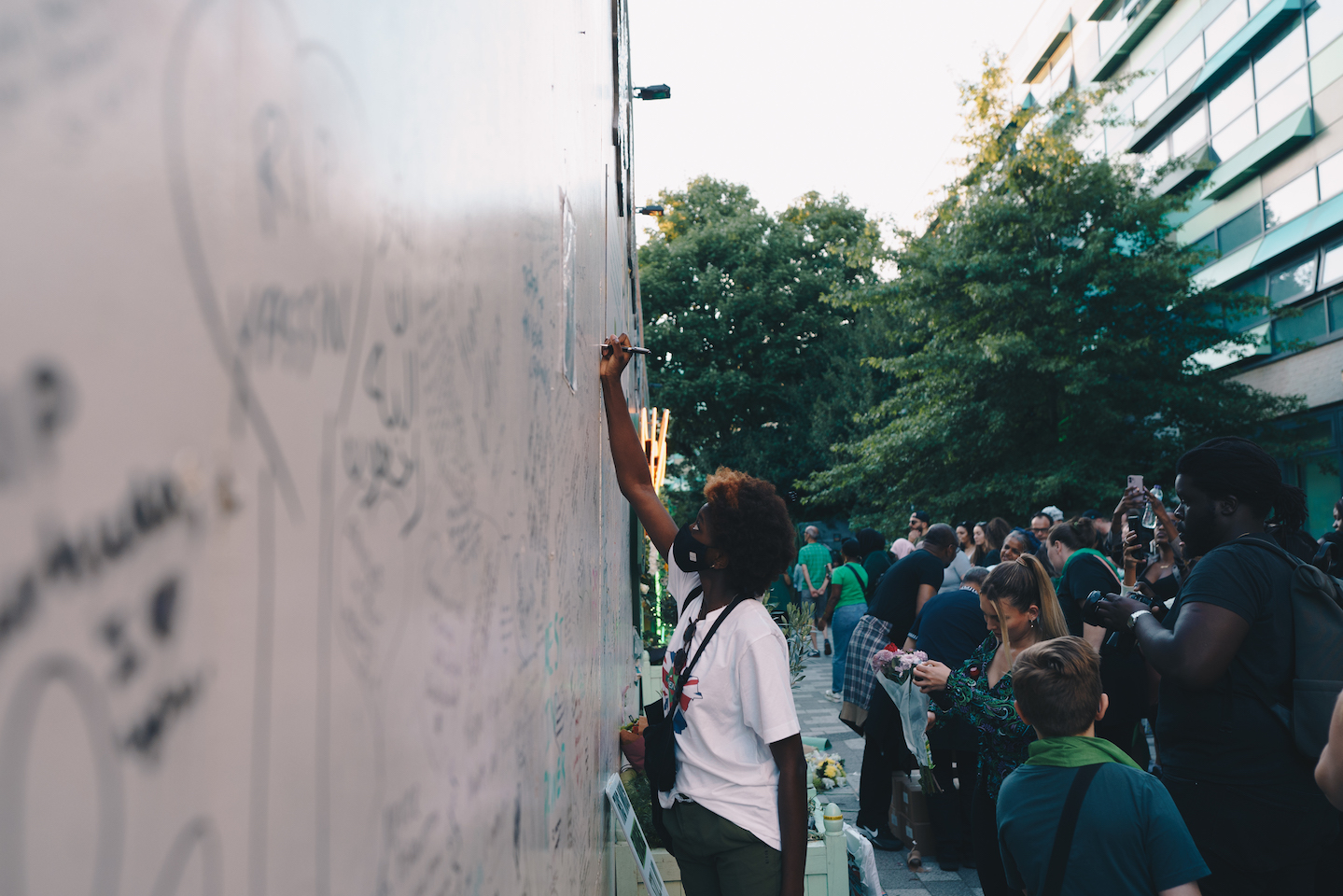 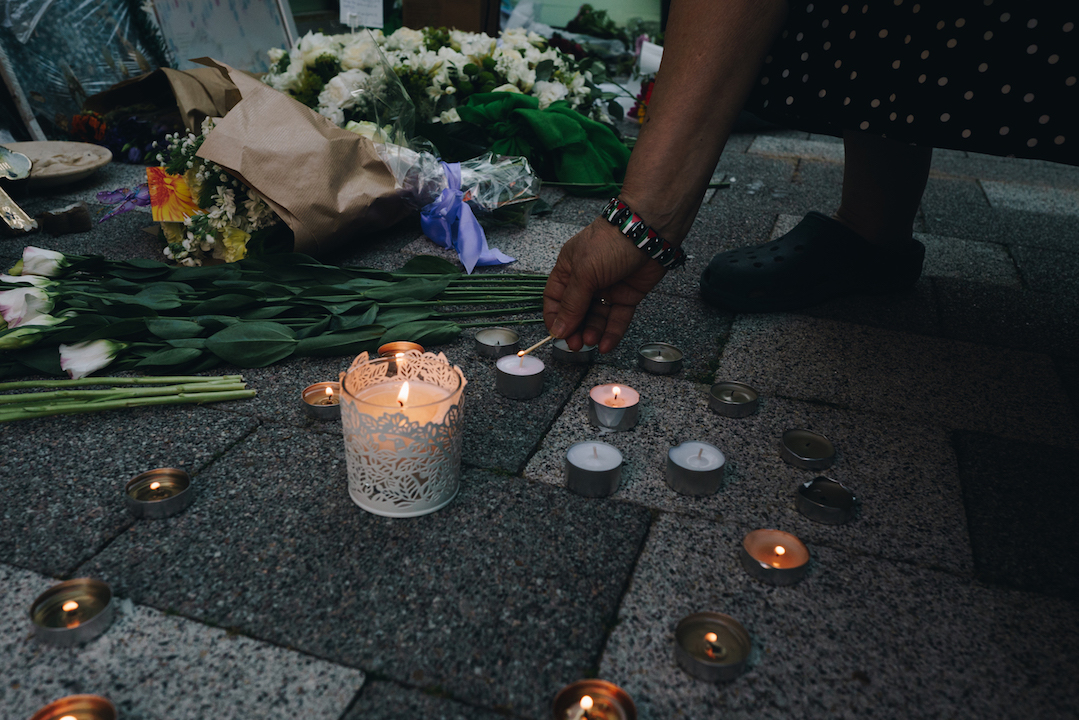 Linkedin
RELATED ARTICLES
OTHER ARTICLES
On the fifth anniversary of the tower fire, around 18,000 joined the walk to remember the 72 dead and to demand justice.
Whether it's partygate, the climate crisis or the spiralling cost of living, the fightback begins on the picket lines writes Tommy Vickerstaff
A new edition of a seminal book brings together iconic images of the band onstage in their full glory and backstage in moments of unguarded camaraderie.
Photographer David Hoffman recalls documenting the extreme wealth inequality around Tower Hamlets and Hackney int the 1980s.
The past five years have seen a staggering increase in foodbank usage across the UK. Now, staff fear things are set to get much worse.
Proposals to introduce a minimum GCSE threshold for student loans will disproportionately affect those from marginalised backgrounds.