After last year's devastating earthquake in Tibet and Nepal, a group of adventurers set out for the once-forbidden nation of Upper Mustang to see what had changed.

After last year's devastating earthquake in Tibet and Nepal, a group of adventurers set out for the once-forbidden nation of Upper Mustang to see what had changed, paragliding and motorbiking along the way.

What do beards, a dirt road through the Himalayas to Tibet, 1950’s-era Indian-built British motorcycles completely unfit for off-road travel with mini-paragliders stuffed in their panniers, and the world famous Tiji Buddhist Festival have in common? Very little, until five friends set out from the Nepalese resort town of Pokhara, rallying Royal Enfield motorcycles for ten dusty days to the once-forbidden nation of Upper Mustang to see how the rebuilding process is progressing after last year’s devastating Tibetan earthquake. 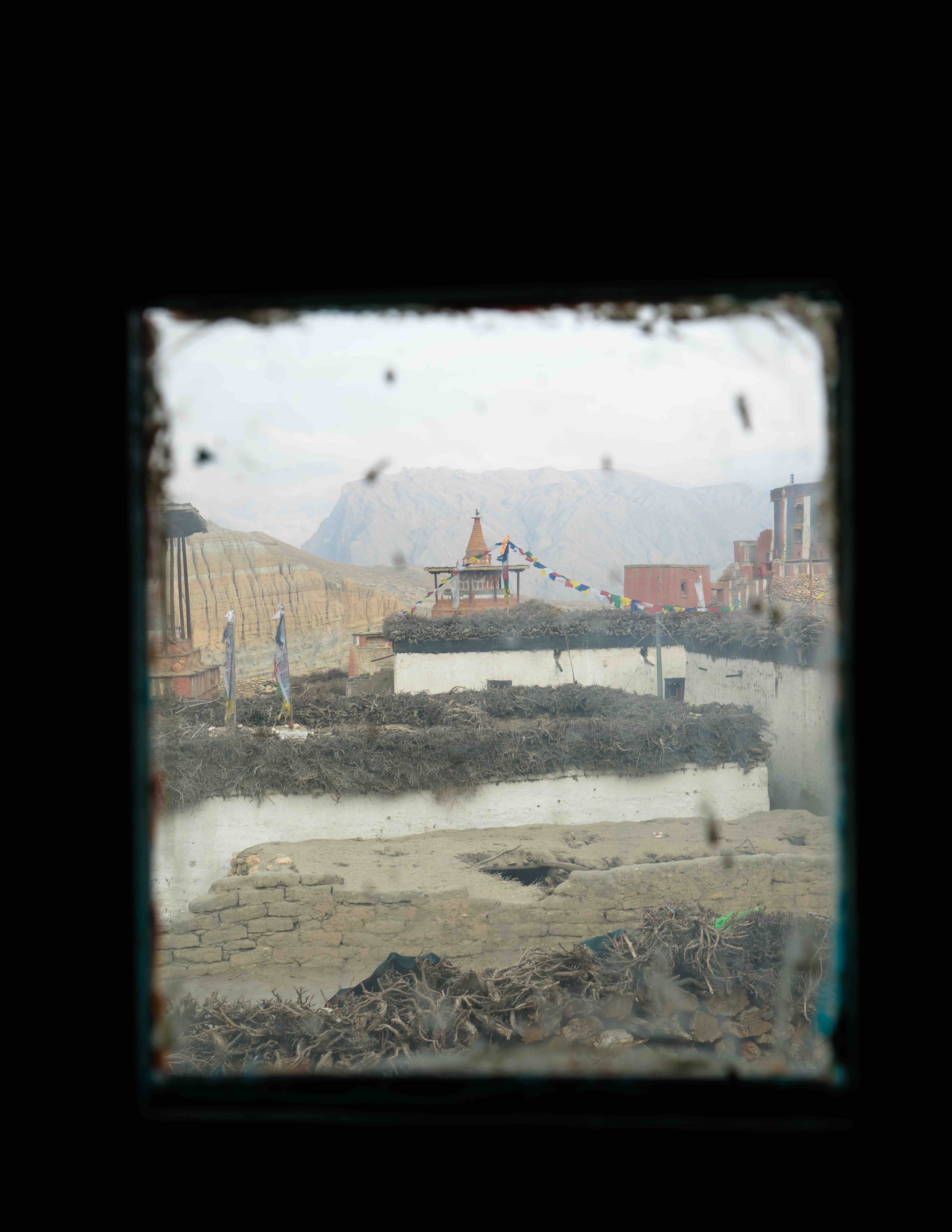 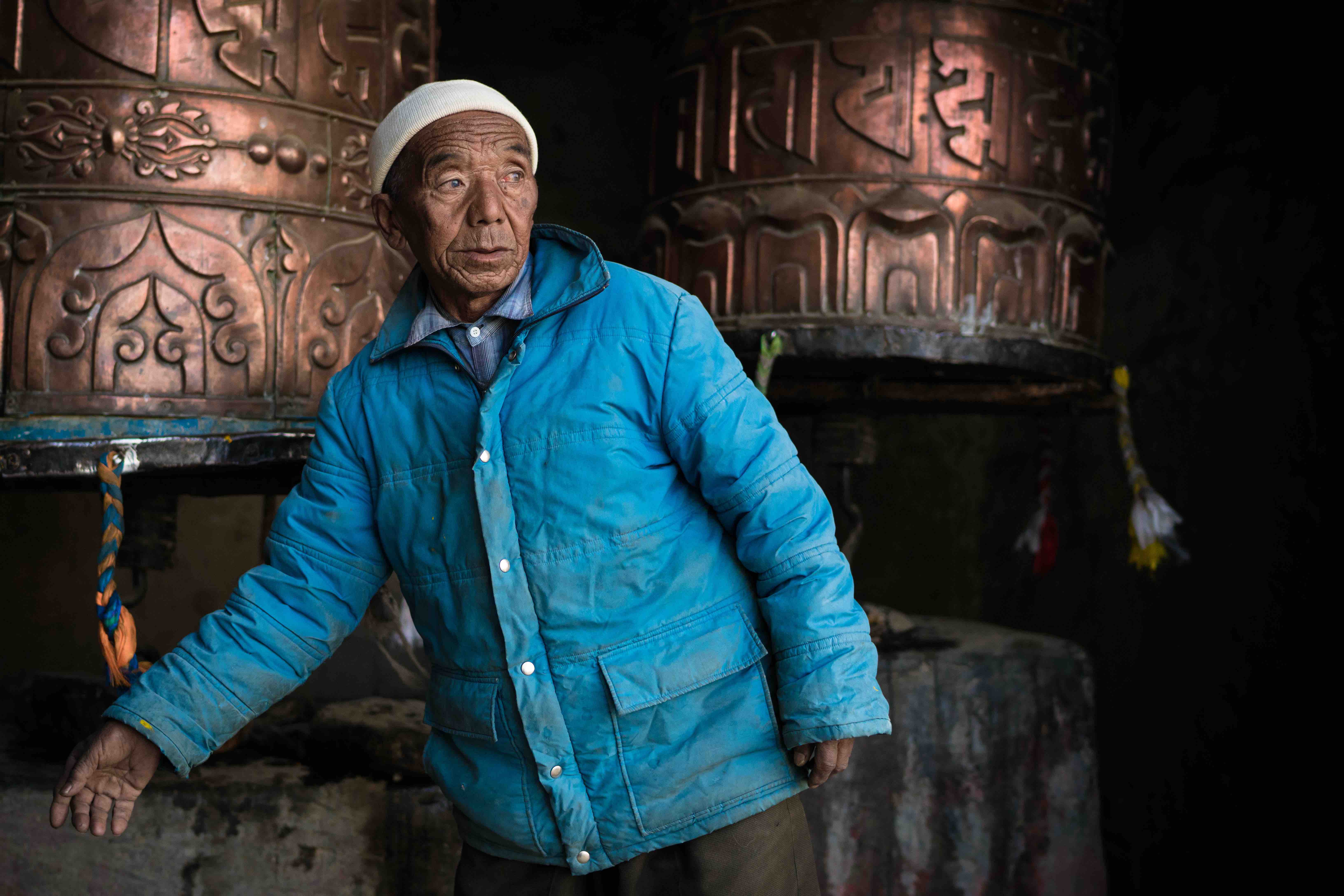 Once known as the Kingdom of Lo, Upper Mustang is about as remote and isolated a region as you can get. Founded in 1380 by a Buddhist warrior named Ame Pal, when the monarchy was officially disbanded by the Nepalese government in 2008 it was still under the leadership of his direct descendent, Dorje Palbar Bista, regarded to this day as a spiritual leader. 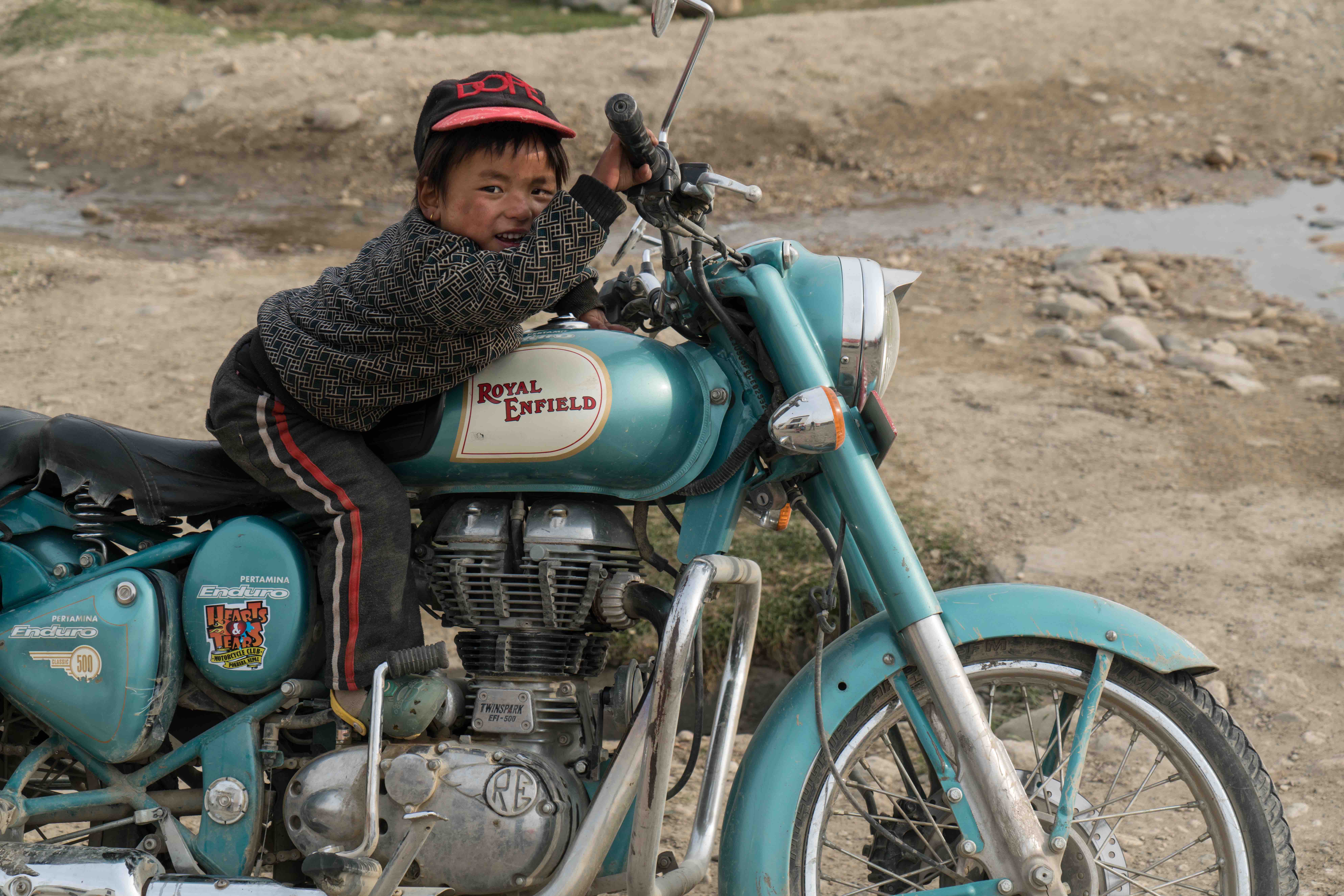 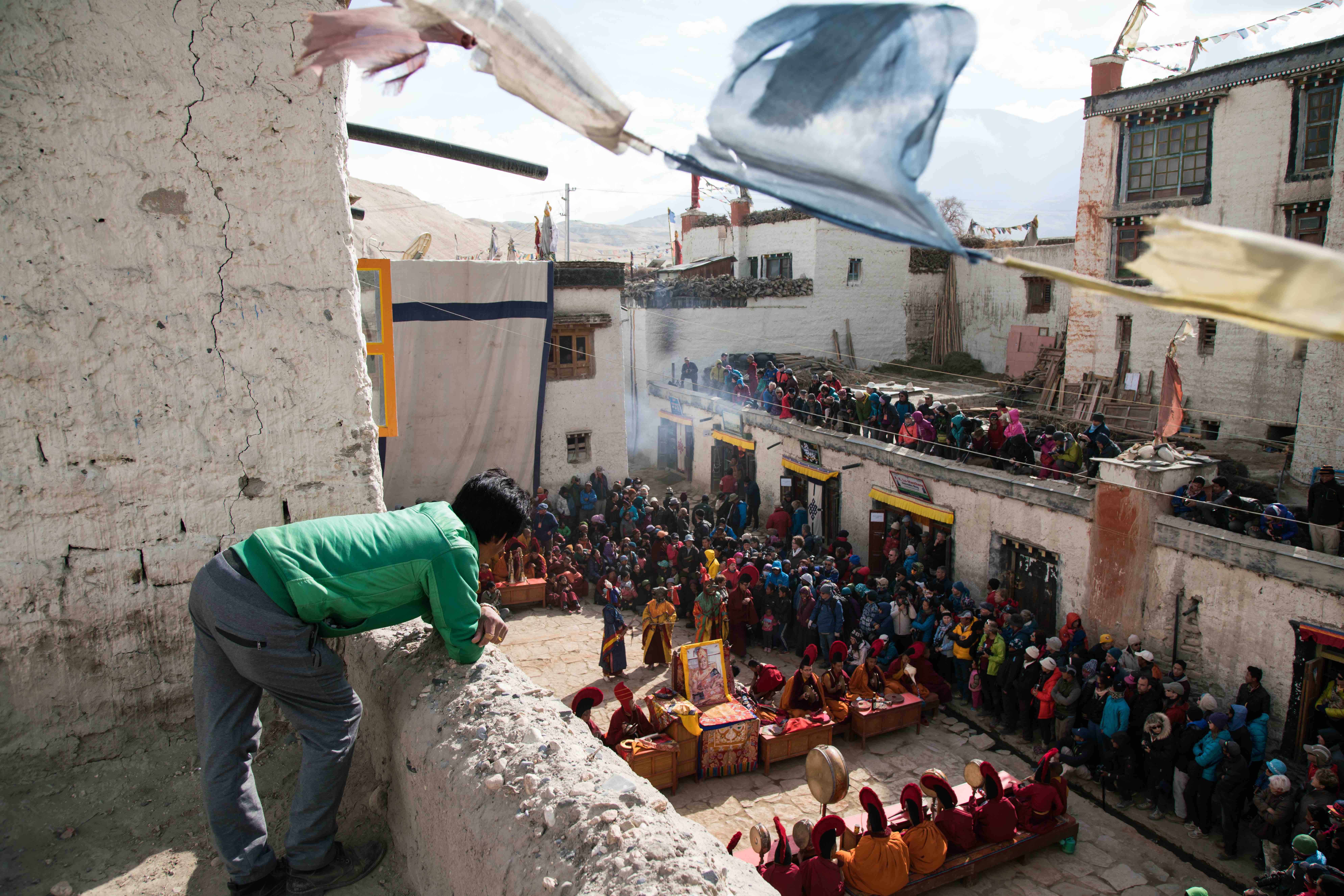 Restricted as a demilitarised zone until 1992, the area is so isolated it is regarded as one of the most culturally preserved regions in the world, although that is rapidly changing with the incursion of outside influence, especially from China. Wind-swept in the far reaches of the Himalayan mountains, criss-crossed with tracks that barely pass as roads marking centuries-old trade routes, most visitors gain access on foot, and only after acquiring a limited, $50-a-day visa. To make the journey via motorbike is, in a word, harrowing. 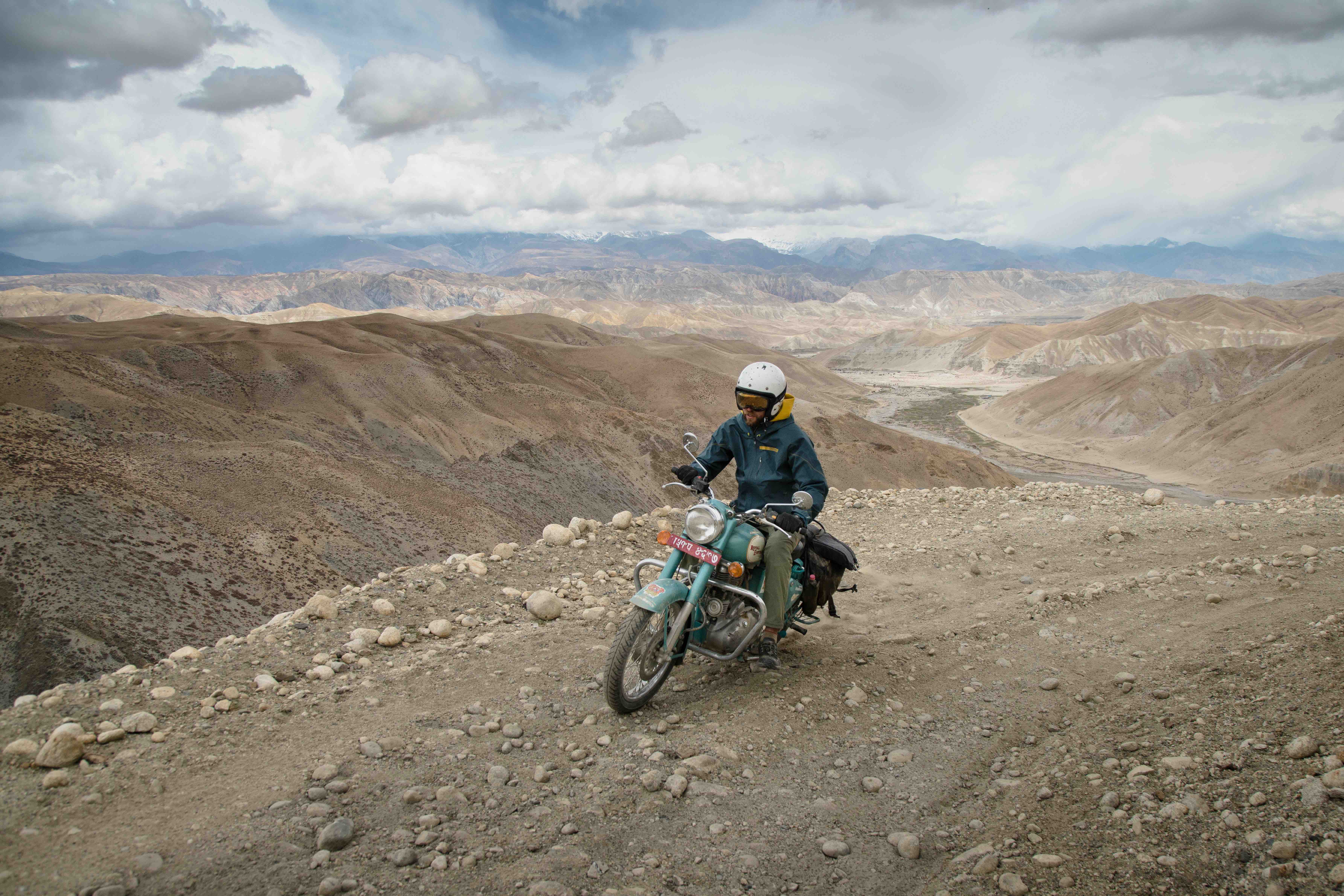 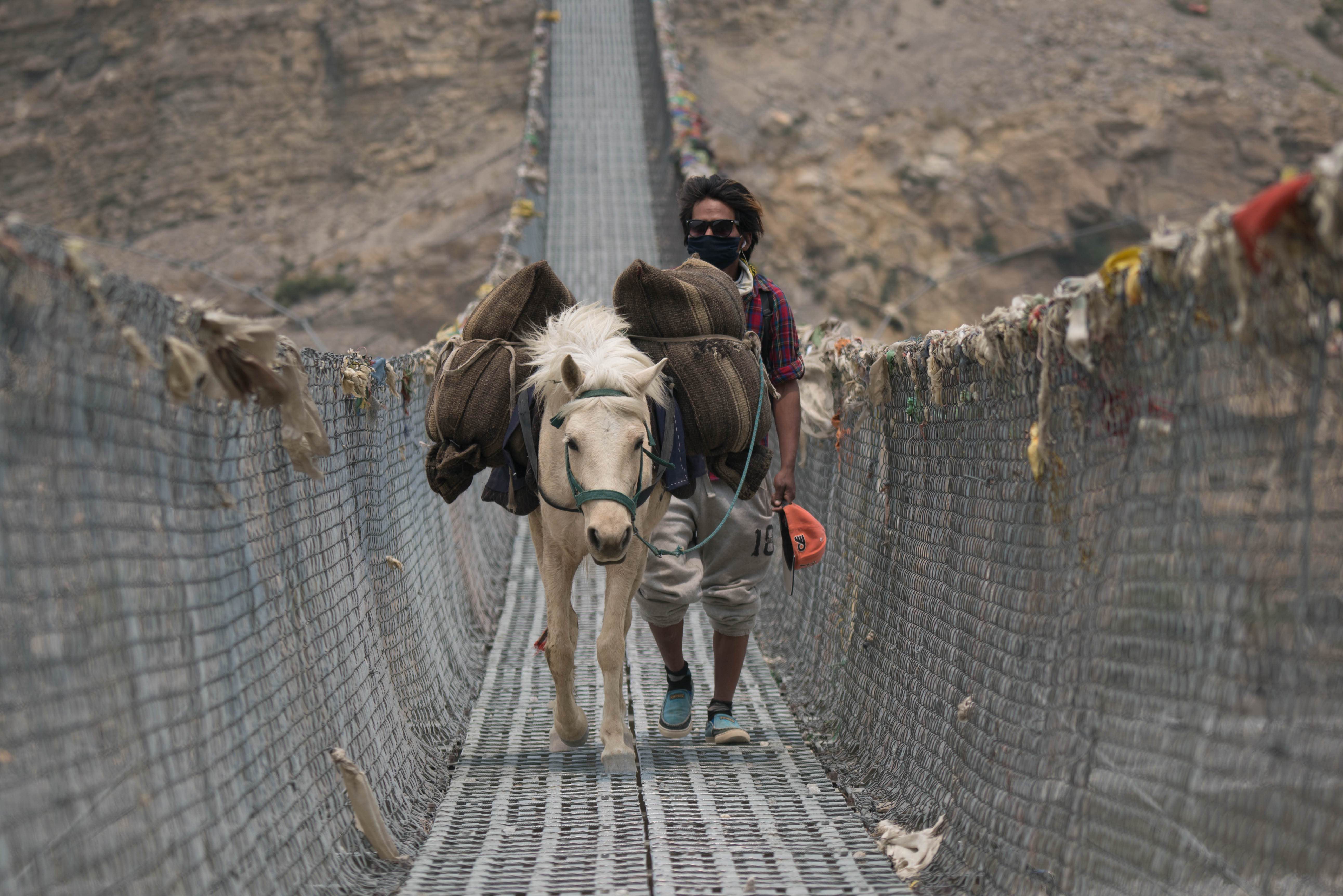 Yet this crew was no stranger to edge-of-their seats adventure. Nor are they unfamiliar with the challenges presented by travelling in such a remote area still grappling with a massive earthquake’s aftermath. 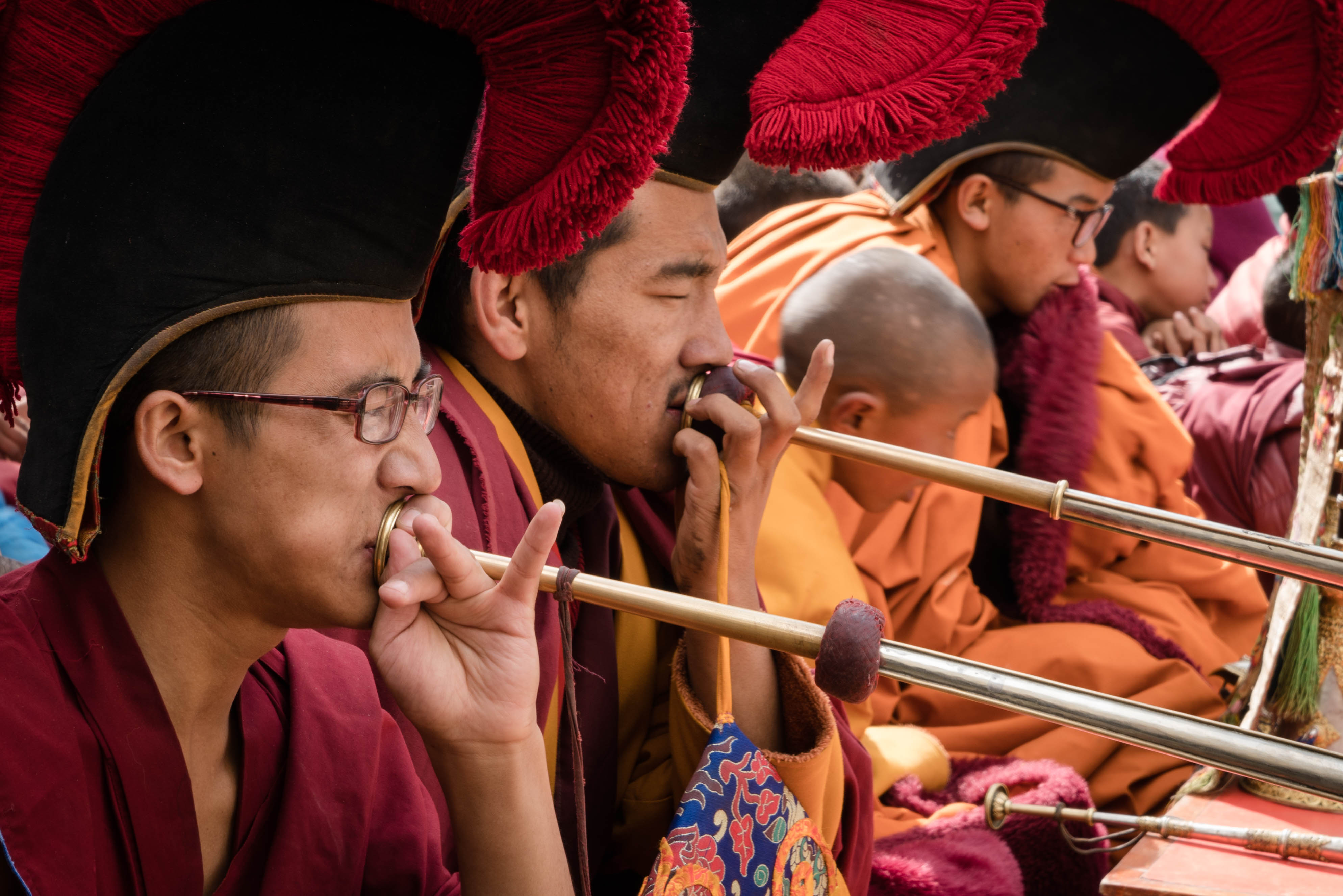 Nick Greece is a professional paraglider and president of the non-profit Cloudbase Foundation, which worked extensively to help rebuild Tibet after last year’s earthquake. He has travelled the area extensively, most recently producing a video for KEEN’s “Follow Your Feet” campaign. 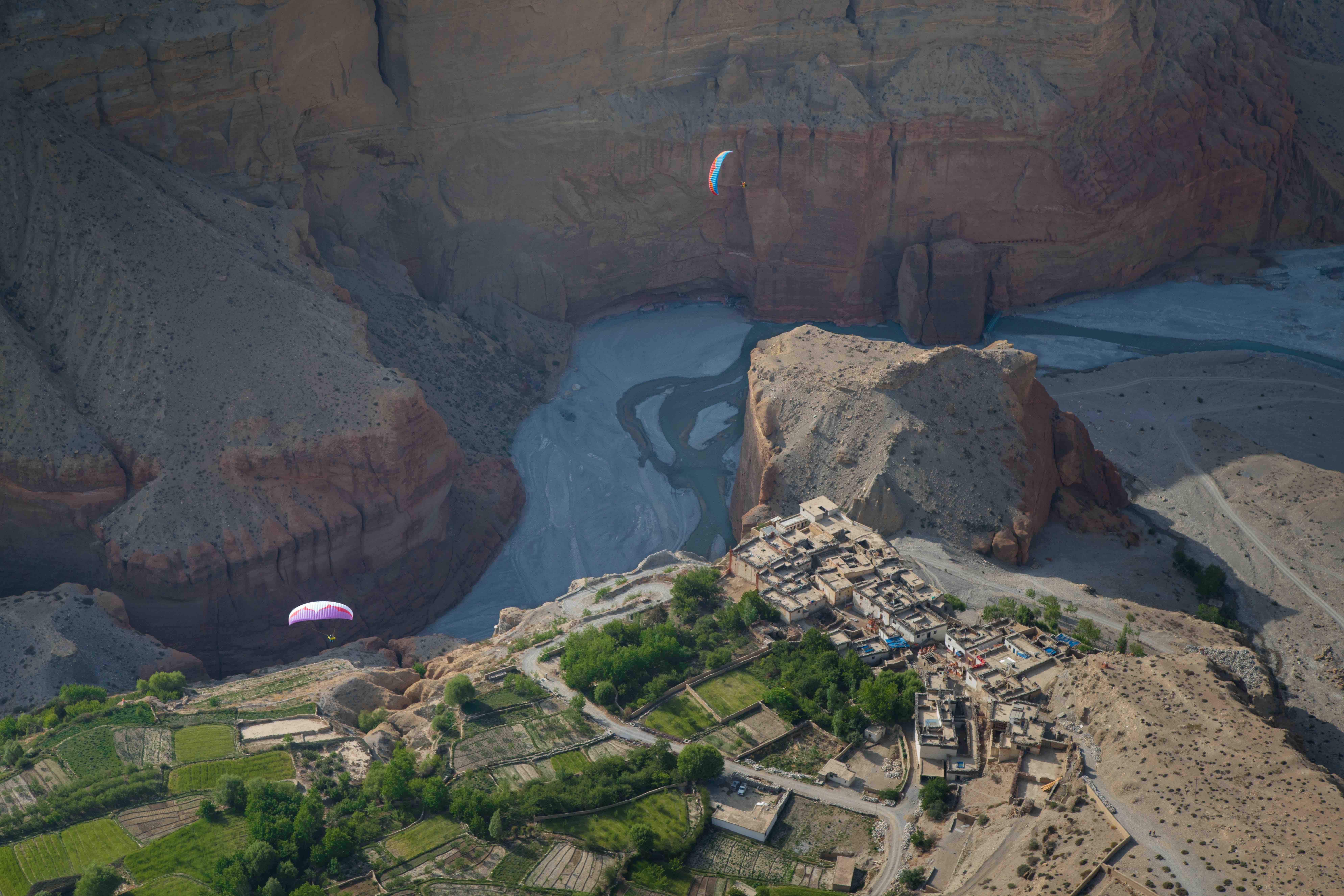 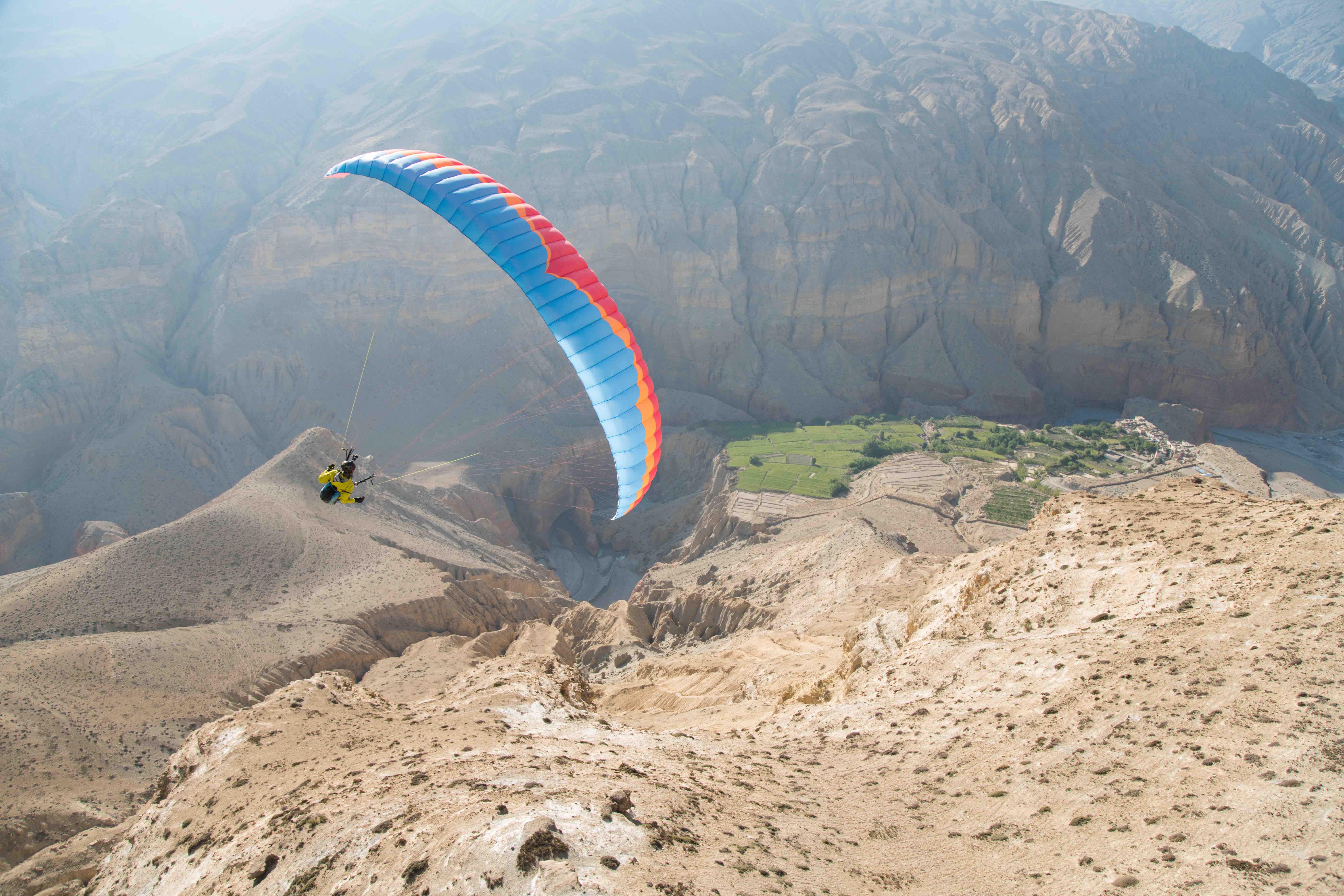 Jamie Messenger, another world-class paraglider, spent months post-quake ushering workers to the epicentre via motorcycle while his wife Isabella, also a top tier pilot, was on the ground developing a supply pipeline to get much needed food to the hardest hit villages. The trip itself was dreamt up by adventure photographer and filmmaker Cody Tuttle and his wife, Cherise, who overseas logistics for their production company. 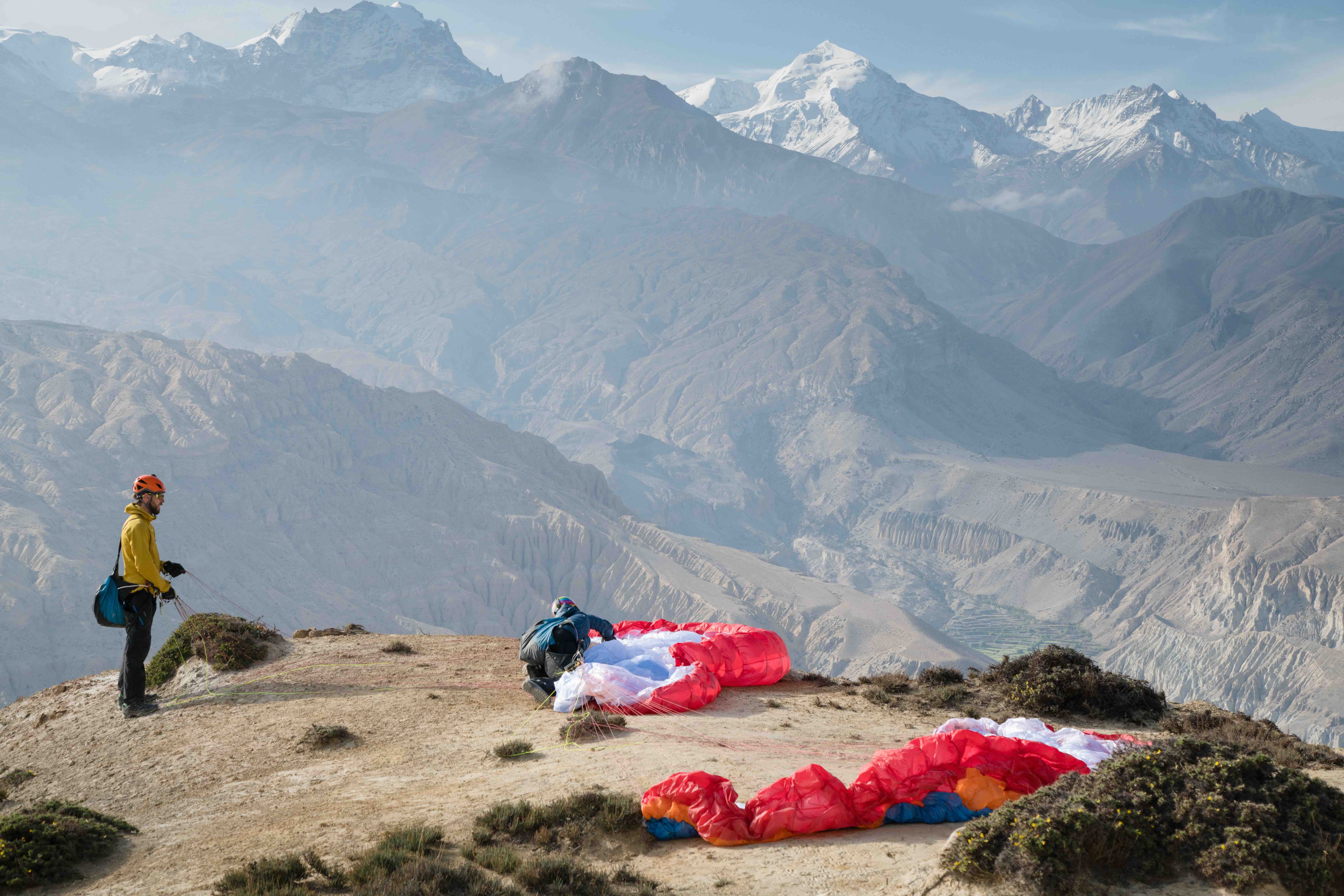 “We went to Mustang to walk the walk of visiting and being a tourist to bring aid into economies,” Greece said afterwards, noting it was a departure from the usual “bigger, faster, further” mentality that often defines modern expeditions. “All of us worked so hard after the earthquake to rebuild Nepal, we needed a trip that was solely about exploring and celebrating the country. We had all talked about this trip for years, and decided to sacrifice competitions or other projects to make this a reality, right now.”

Linkedin
RELATED ARTICLES
OTHER ARTICLES
As the Criminal Bar Association enters its fifth week of action, criminal barrister Russel Fraser explains why the legal professionals have walked out and how action is likely to escalate.
The government’s brutal crackdown on NGOs has left victims of rape without anywhere to seek help. And now, as the country plays a key role is Russia’s war, things are only getting worse.
Students are being left to languish in unsafe housing, in some cases leading to serious health complications.
Photographer Bud Glick recounts documenting everyday life in the area, and what it taught him about the Chinese immigrant experience.
With the Women’s Euros in full swing, last week saw glorious, sweaty celebrations take place in a dedicated, safe space for female and non-binary fans.
Yesterday, rail workers came together to protest poor pay, working conditions and job cuts in their latest round of strikes.