News & Politics / Transitioning gender in prison: finding the ‘real me’ in a high-risk environment 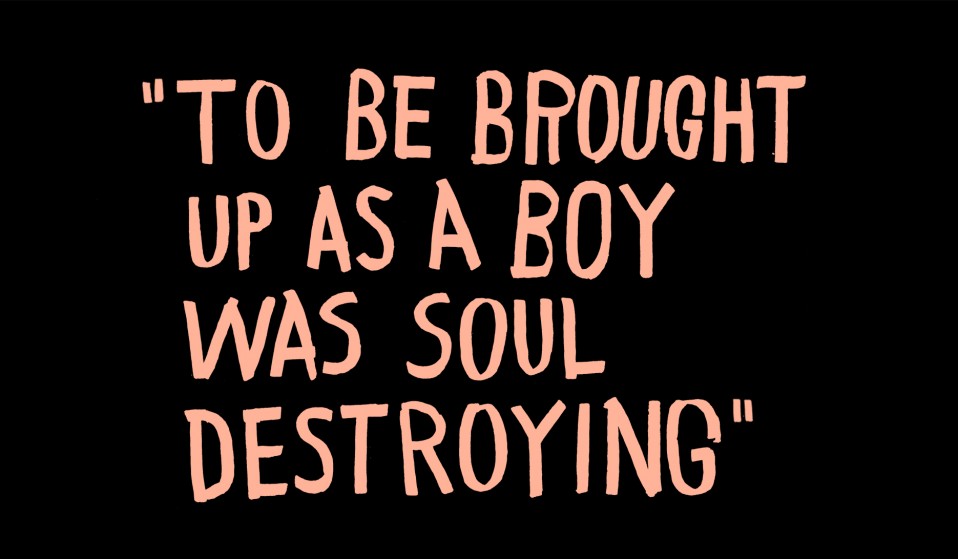 Lauren was raised as a girl until the age of eight. This is the story of her path back.

Lauren was raised as a girl until the age of eight, when her father decided she should be a boy. The resulting confusion led to a life of crime and, ultimately, the need to find her true self while serving time in a male prison.

I met Lauren at a party in remote north Wales. You couldn’t miss her: dressed in a bright pink frock and holding court at the dinner table. We were guests of an older transgender couple, Jenny Anne and Elen, at their annual summer gathering for the LGBT community across Wales and the north-west.

Lauren’s relationship with our hosts went much deeper than mine. They’d supported her during the darkest time of her life: an 11-year prison sentence for robbery. They’d helped her transition not just into regular society, but into becoming a woman – a process that brought an end to Lauren’s criminal behaviour.

But despite presenting as a woman for most of her sentence, Lauren was held in male prisons across England. For gender variant people, being held in inappropriately gendered prison poses a high risk of assault, self-harm and reoffending.

This is becoming a pressing issue in the UK. In October, over 140,000 people successfully petitioned for the transfer of Tara Hudson, a trans woman, to a female prison.

Magistrates assigned Hudson to a male prison because, despite living as a woman her entire adult life and having undergone six years of reconstruction operations, Hudson is awaiting final reassignment surgery and is therefore still legally male.

Weeks later, 21-year-old Vikki Thompson – a transgender woman who told friends she would kill herself if she was sent to a male prison – was found dead in her cell. 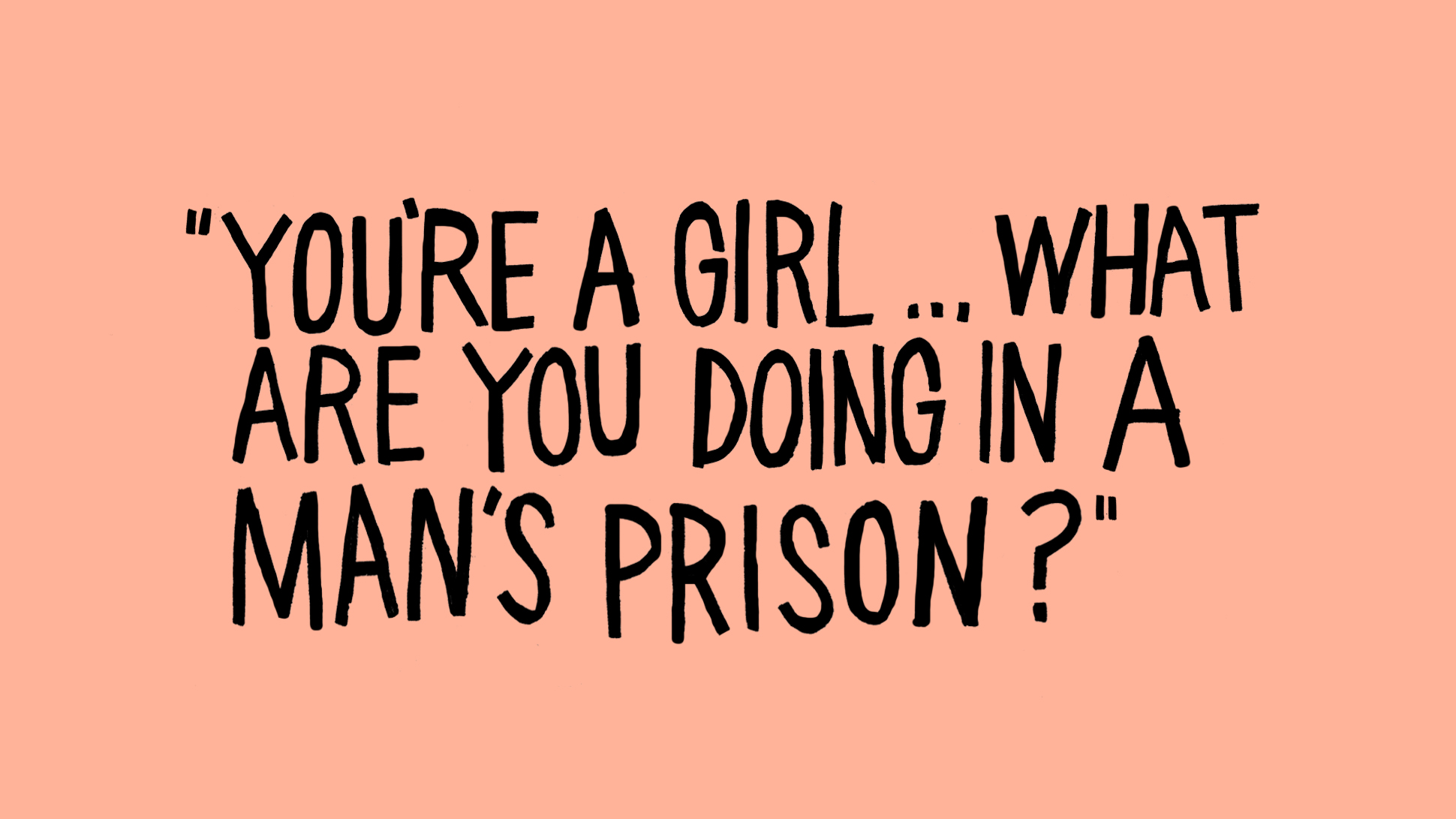 Lauren was born intersex, which means she had both sets of genitalia, and was happily raised as a girl. Before she turned eight years old, however, her father decided she should be a boy. Partly this was religiously motivated, she says, and partly because her father realised he was unlikely to have more children and wanted a son.

“All I can remember is being sat in a chair and having my hair cut off,” she says. “I had dolls and My Little Ponies – that was how I was brought up. To then be brought up as a boy was soul destroying.”

Lauren’s family moved to start afresh, away from friends and teachers who knew her as a girl. But school became a confusing environment where presenting as one gender while feeling like another meant that Lauren struggled to make friends.

“I couldn’t play with girls even though I wanted to – because girls play with girls,” she says. “My best friends were people like the dinner ladies.”

As Lauren got older, her father illegally obtained testosterone to counteract the oestrogen in her body. But the injections weren’t enough to stop her from developing as a woman once she reached puberty.

Lauren says the identity confusion underpinned her misbehaviour at school, causing her to leave at the age of 15 without any qualifications. “I didn’t really have an education,” she says. “I was always messing about because I had so much going on in my mind.”

Lauren continued to take the testosterone injections after leaving home, fearful of the questions that would come if she stopped. But she still felt like a woman. “It was hard,” she says. “I knew it every time I took my clothes off.”

At this point she was living among a traveller community on a housing estate. Though still presenting as male, Lauren’s femininity became a source of tension within the neighbourhood.

It proved a difficult time in her life – one that involved turning to crime as a getaway driver in a series of burglaries. She knew the impact of her actions, she knew she was likely to face prison time, but it was only upon her arrest that Lauren feared for her safety in prison.

“I’ve got to share with boys,” she recalls thinking. “If I’ve got to shower in one of those big, open showers, they’re going to see I’ve got a jack (penis) and fanny between my legs… What am I going to do?”

The matter quickly came to a head as, without the testosterone shots, oestrogen flooded Lauren’s system. She tried to hide her increasingly female body but a fellow inmate alerted authorities to his suspicions. “You’re a girl!” Lauren one counsellor saying. “What are you doing in a man’s prison?” 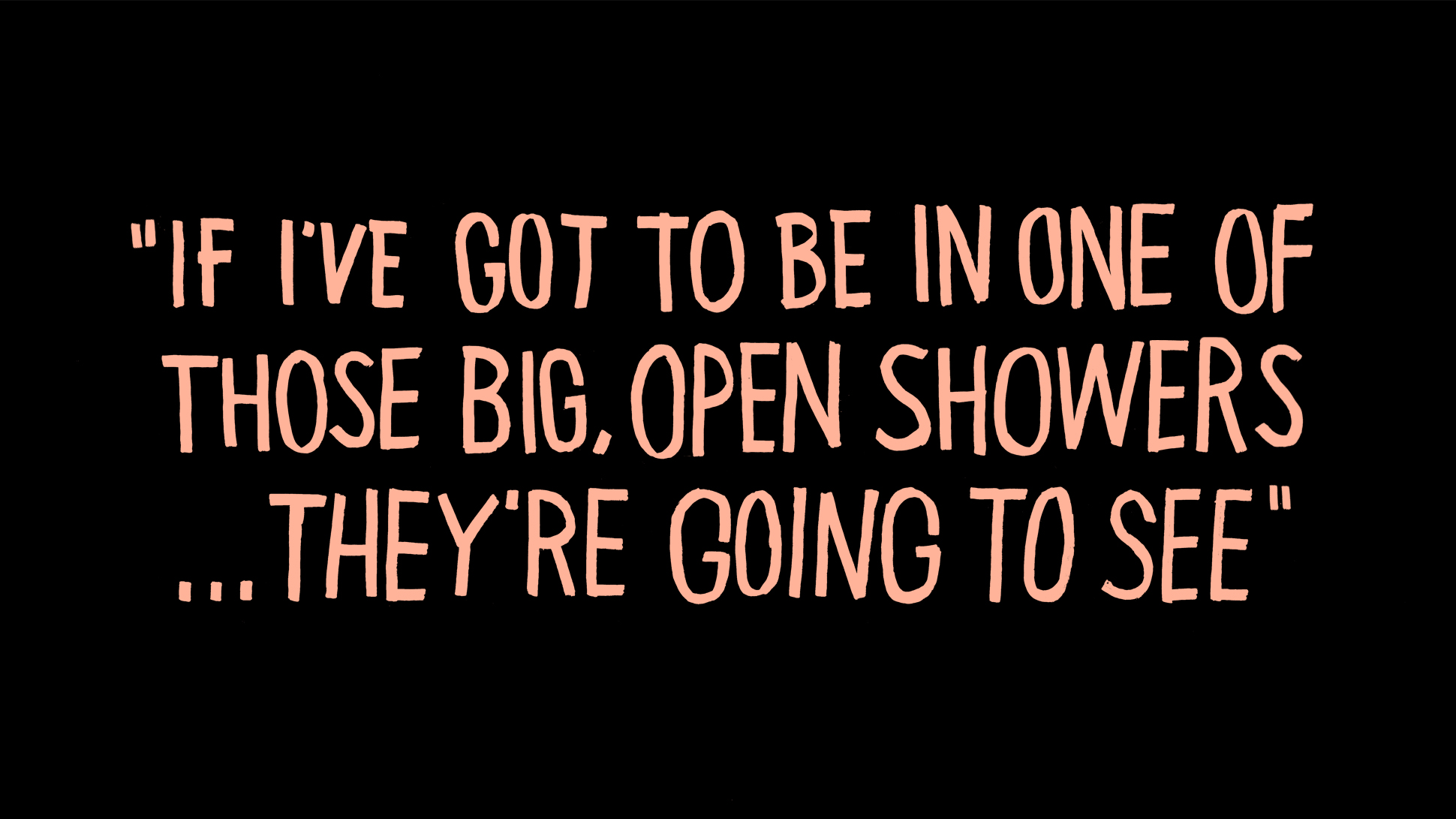 The prison adapted its rules so that Lauren could formally revert to being a woman – appointments for hormone treatment in London were facilitated, for example, and she was provided with make-up and female underwear.

But Jenny Anne believes that prison staff jeopardised Lauren’s gender reassignment treatment by rescheduling appointments at the last-minute on staffing grounds, which she found suspect.

They also refused to move Lauren to the female estate. She stayed in isolation for the majority of her sentence – partially at her own request – as male inmates persistently propositioned her in more open parts of the prison.

Lauren speaks matter-of-factly about this part of her story, understandably skirting over the effects of being alone for so long. Almost in passing, she mentions that being in isolation didn’t prevent her from being raped.

Lauren suspects prison officers facilitated the attack. An arrangement had been made for Lauren to shower at 6:30am, before the other inmates were up. But one morning a group of prisoners accessed the block while she was there.

Despite the identity of the rapist being known, and despite police involvement, the case was not pursued. Lauren believes it was because the offender was already serving a life sentence.

“I felt like shit,” she says. “People with life still get out into the community. It should still be acknowledged.”

Even after the attack, Lauren says it wasn’t the other inmates that scared her. She barely has a bad word to say about them. Instead her incredulousness is reserved for the prison staff and their changeable attitudes. She was frequently accused of “opportuning” if she spoke to other inmates and, as a consequence, was shunted between different parts of the estate.

Jenny Anne and Elen, who work with vulnerable trans people, eventually became involved with Lauren’s case and lobbied for her move to the female estate. “We said to them, ‘If you’re not going to classify her as a woman, how can she be opportuning’?” says Jenny Anne. “If you are, why haven’t you transferred her? You can’t have it both ways.” 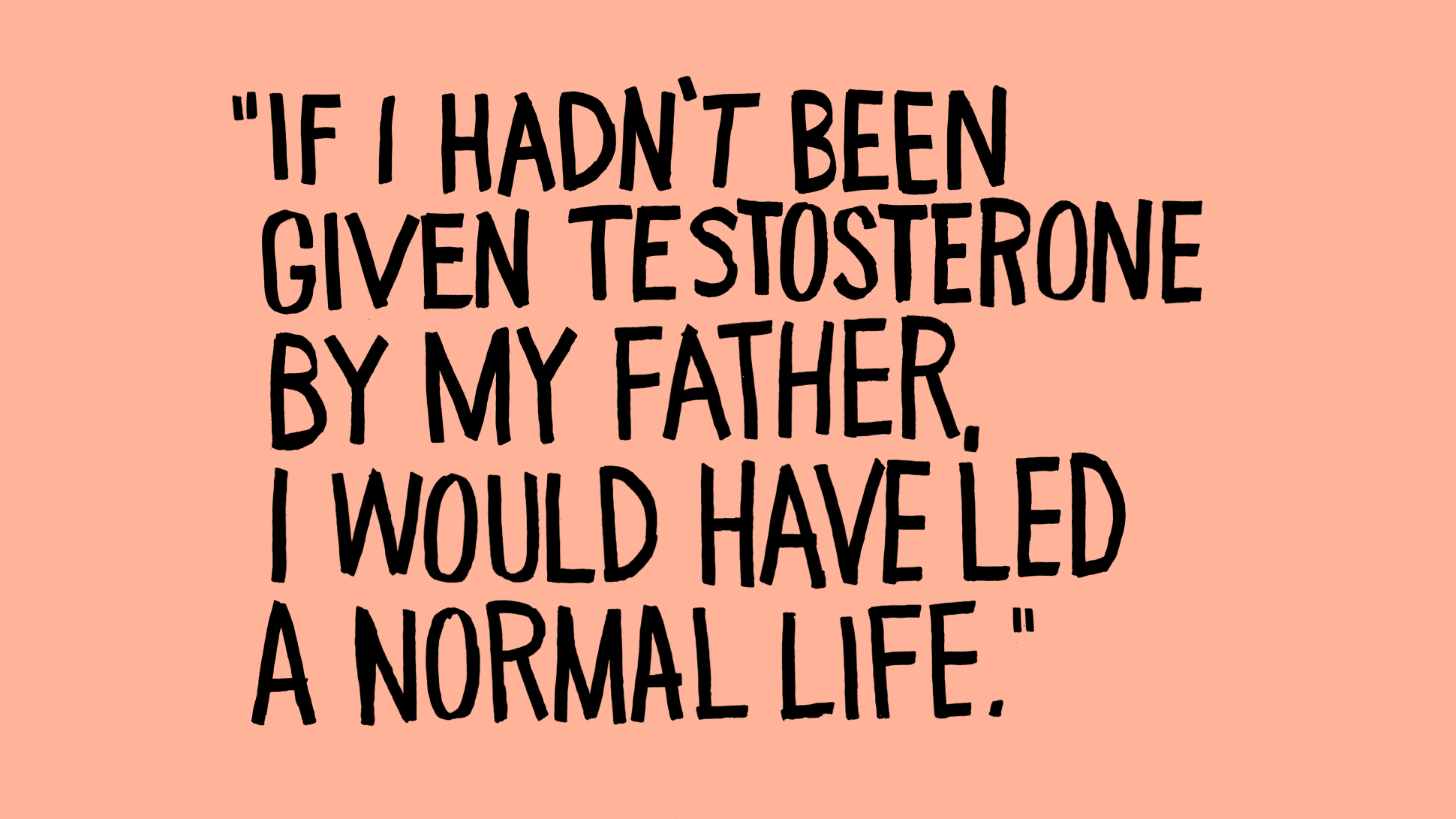 Lauren should have served only five years of her sentence but instead served over seven. Parole board hearings were cancelled at short notice; home visits were postponed. Jenny Anne believes Lauren’s gender identity was the reason why.

The Ministry of Justice does issue guidelines for transgender prisoners, based on consultations with members of the LGBT community. But whether a prison follows them is up to each governor. Lauren surmises one governor’s attitude as: “Until you’ve had surgery, you are not being transferred. Even then, I might not transfer you.”

Lauren initially wanted to be identified by her real name in this article. But towards the deadline, she got in touch to say she’d had second thoughts, that she’d moved city and didn’t want anyone to know her past.

She was scared of being verbally or physically assaulted and felt that stories in the press about other transgender offenders made her more vulnerable. In other words: while she might have changed, she didn’t trust that society had yet.

Today Lauren lives along the Welsh coast and is in a new relationship with a woman, whom she says treats her extraordinarily well. Looking back now, she believes it was the suppression of her true gender identity that caused her to offend in the first place.

“If I hadn’t been given testosterone by my father to be brought up as a boy, I would have led a normal life the same as I do now: a working, happy life.”

Lauren still struggles with memories of her time inside but she’s positive about the changes in her life, pinpointing the moment she started treatment as a breakthrough.

“I could finally look in the mirror and feel comfortable and happy with myself,” she says. “I’d got myself back.”

Linkedin
RELATED ARTICLES
OTHER ARTICLES
With abuse of call-centre staff on the rise, many are now speaking out about the hostility they’ve faced.
In 1984, Martin Shakeshaft set out to document the miner’s strike as it really happened, using his photography as a tool for activism.
The internet furore surrounding a certain NY-based furniture designer should make us question whether condemning people in the harshest possible terms harms more than it helps.
Photographer Melanie Nissen recalls capturing the characters, fashions and rarefied chaos of a rapidly-expanding set of punk bands who helped to redefine the genre.
From the queues outside to the last ones standing, Francesco Mellina’s new photo book follows a night that has gone down in the Northern-Soul history books.
Photographer Yan Morvan revisits a radical moment in history, which saw the emergence of a fiercely-rebellious spirit among the UK‘s youth.