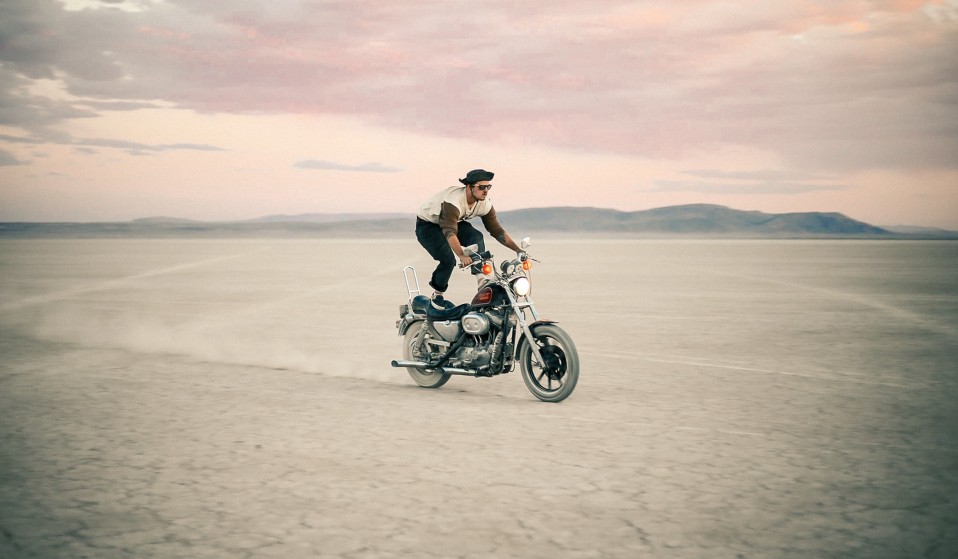 Deep in an Oregon desert, a community seeking freedom and respite from the demands of 21st century American life gathered to smoke, to share, and to celebrate.

Deep in an Oregon desert, a community seeking freedom and respite from the demands of 21st century American life gathered to smoke, to share, and to celebrate.

In a world where many festivals have become the very consumerist joke from which they were developed to be an escape from, a world in which an individual’s worth is calculated by social media presence and profile online, there exists a corner of the world where the free and creative can gather to create new and innovative experiences, instead of new and innovative products. 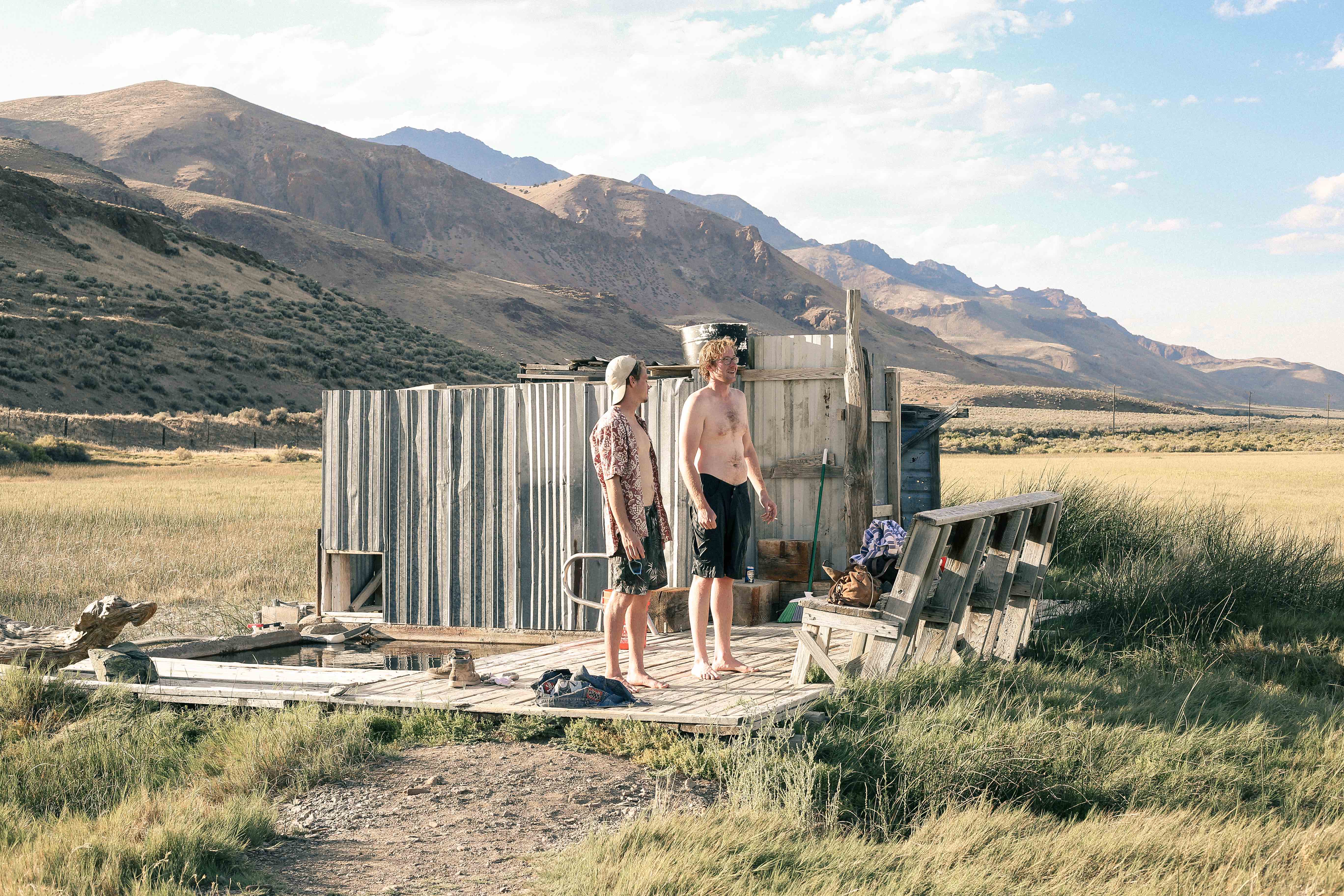 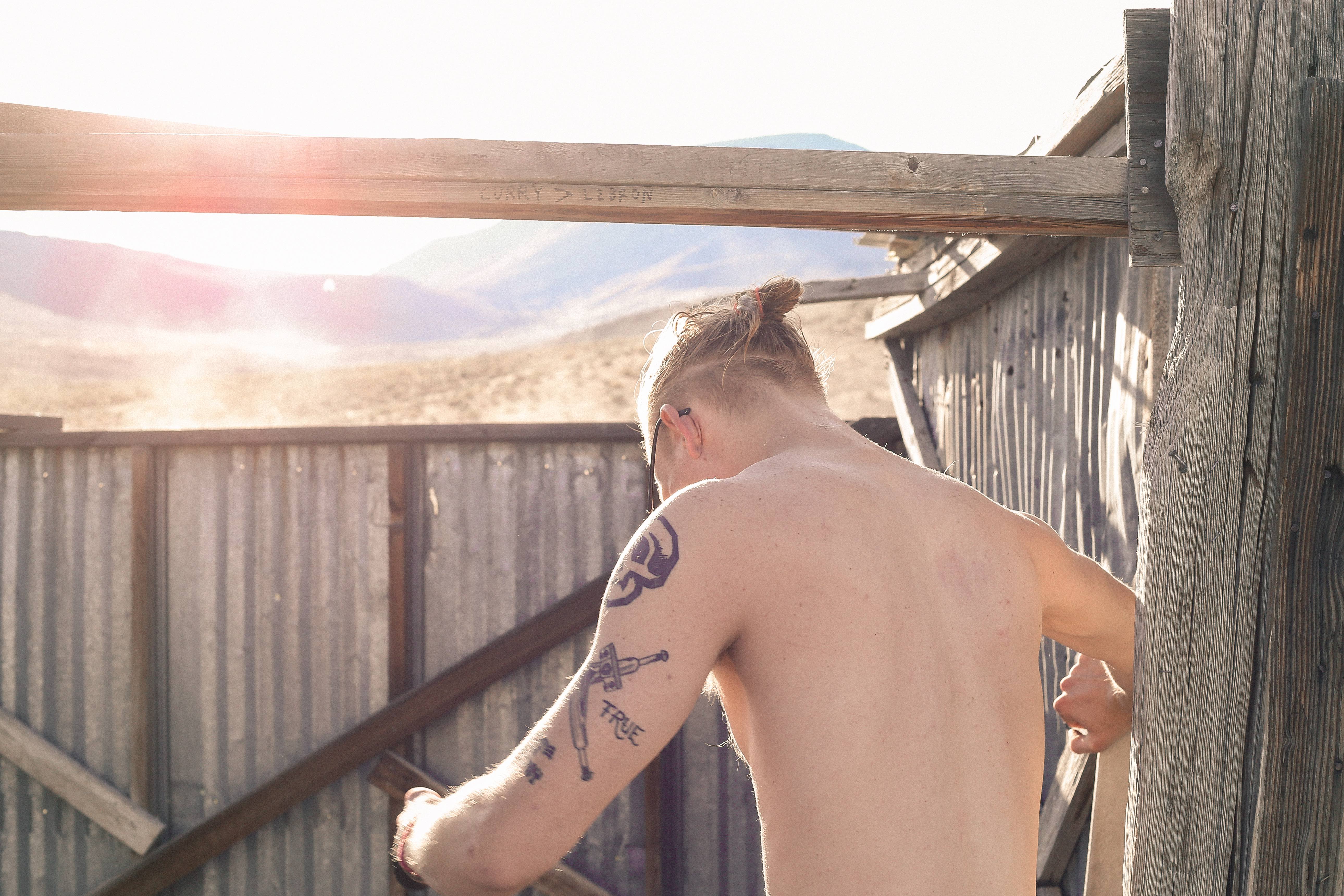 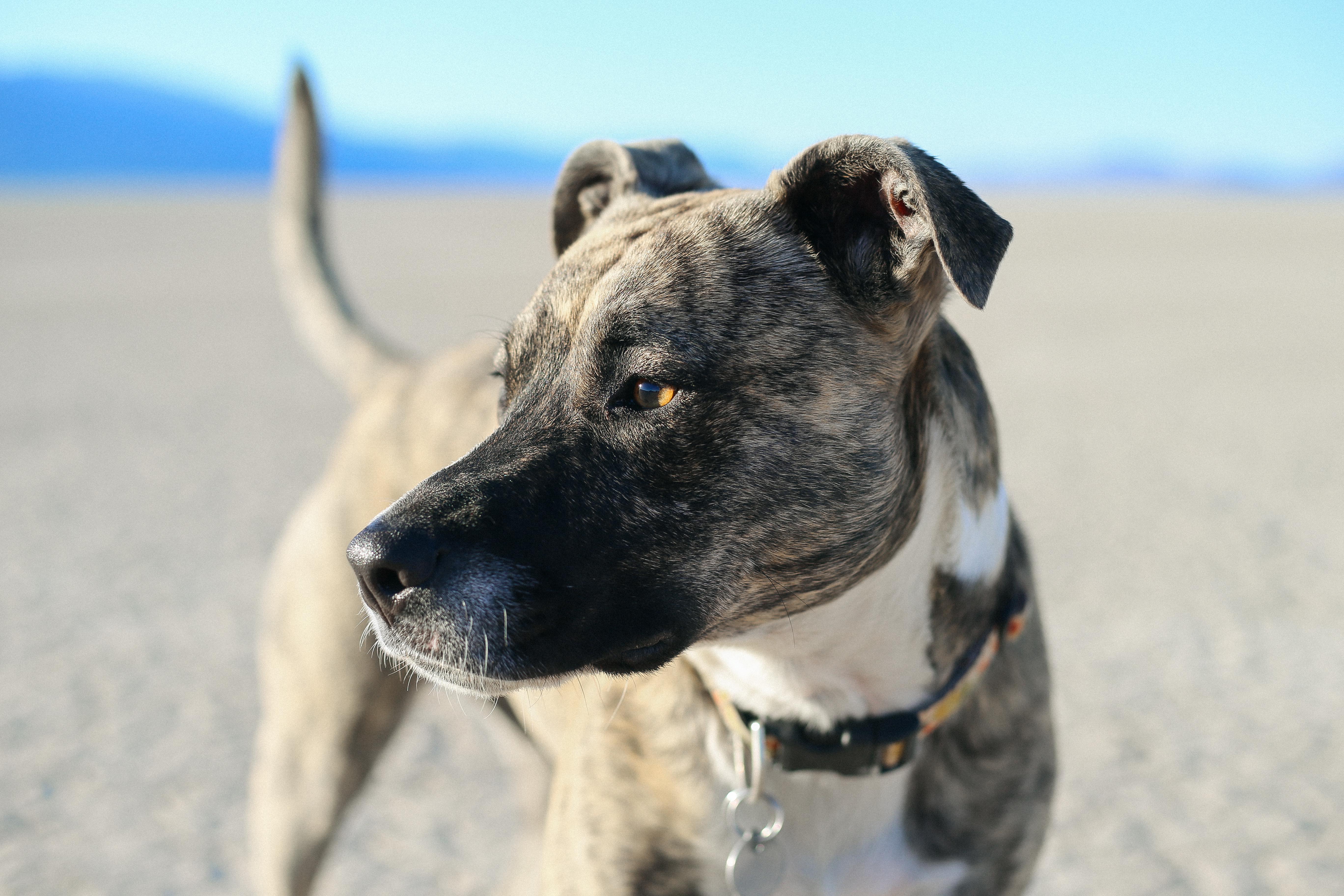 A place where the wealth of one is only calculated by the joy of the whole, and where enlightenment is found in deep conversations in a geodesic dome, and not by the blaring bass and screeches of borrowed rhythms.

High Breed Co., Portland based connoisseur joint manufacturers, put together an ad hoc festival in the Alvord Desert in Southeastern Oregon. The scene looked straight out of a Mad Max movie complete with salt flats and motorcycles. In the open space of the desert festival goers like us were able to experience pure unadulterated independence. 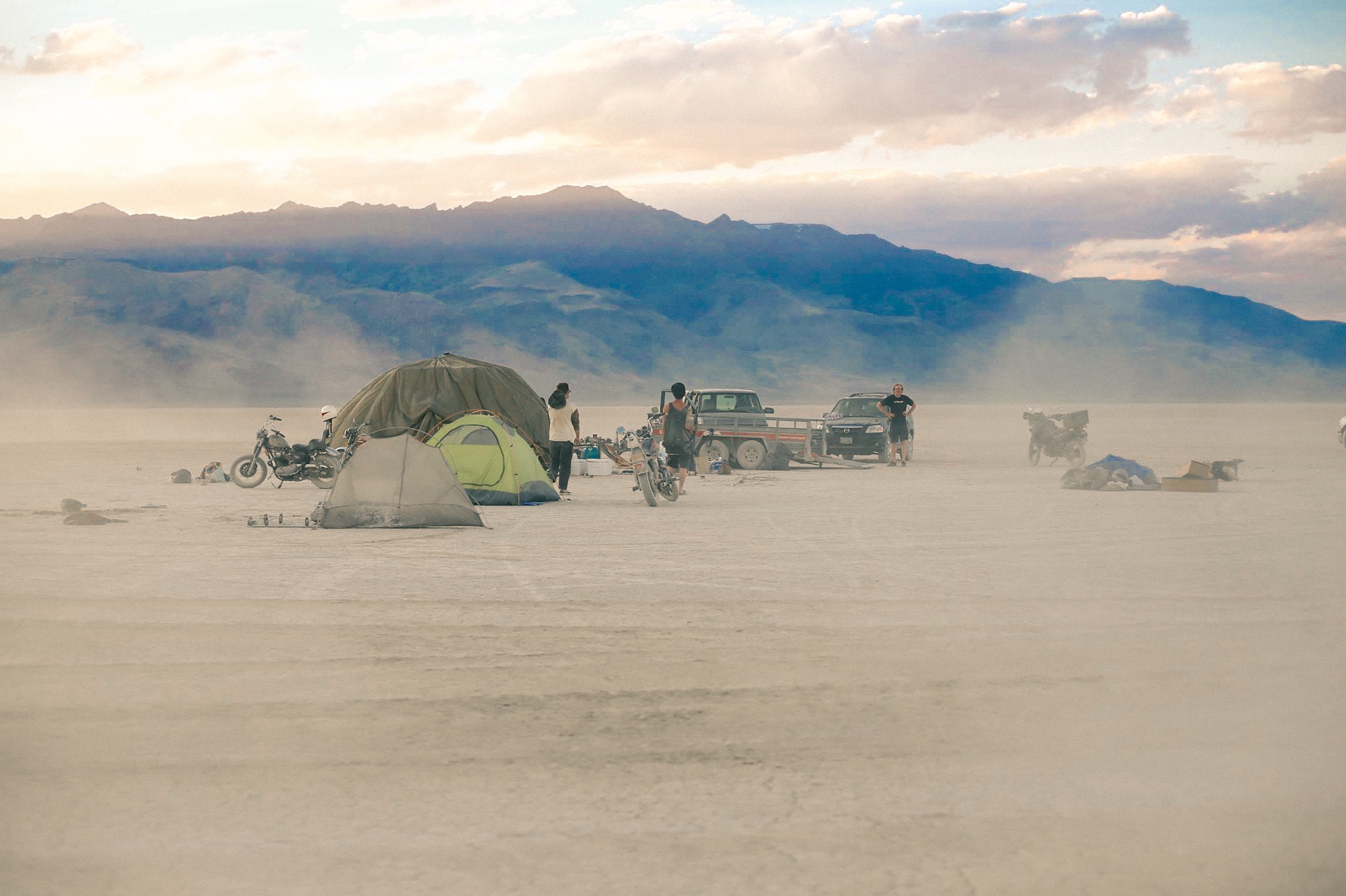 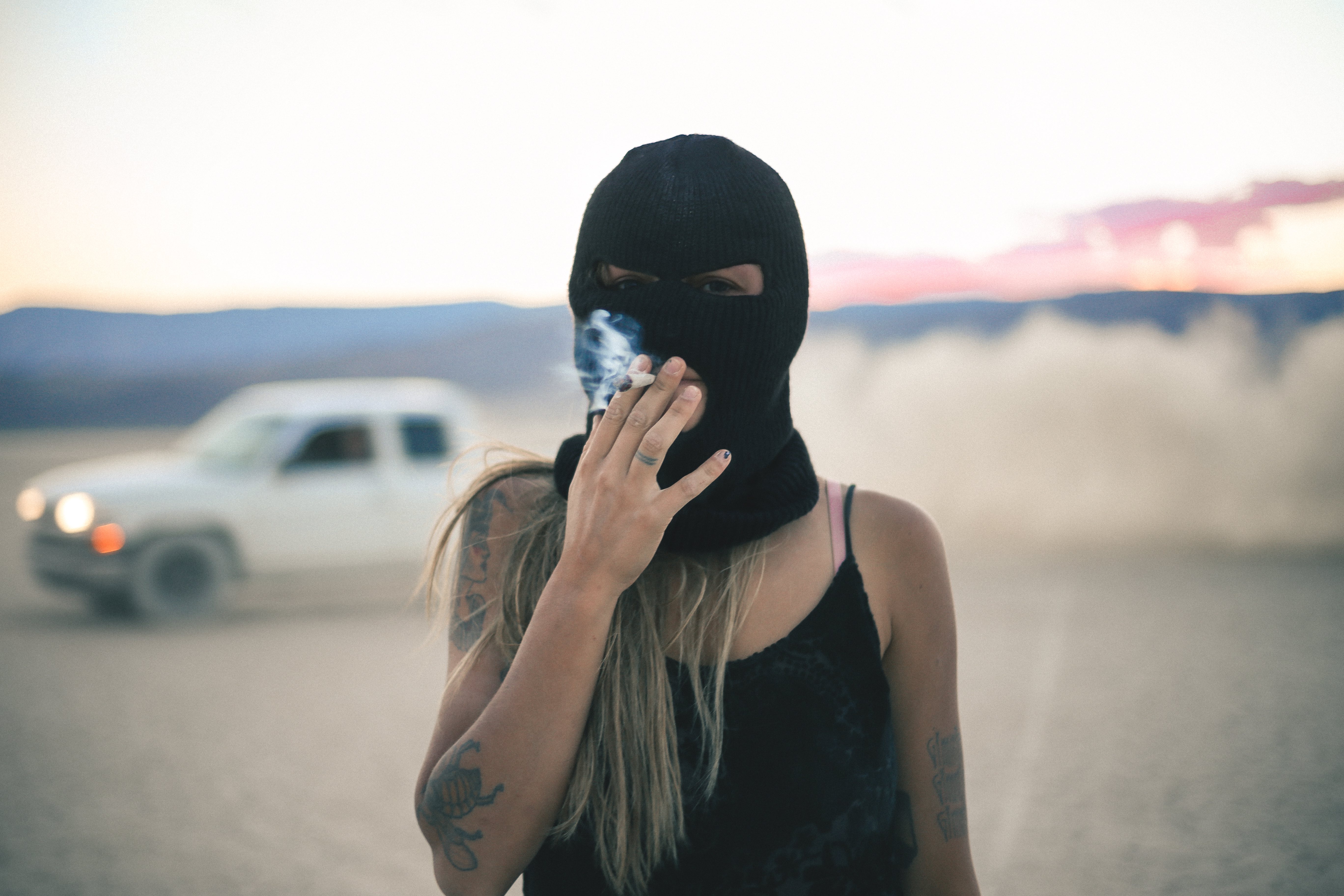 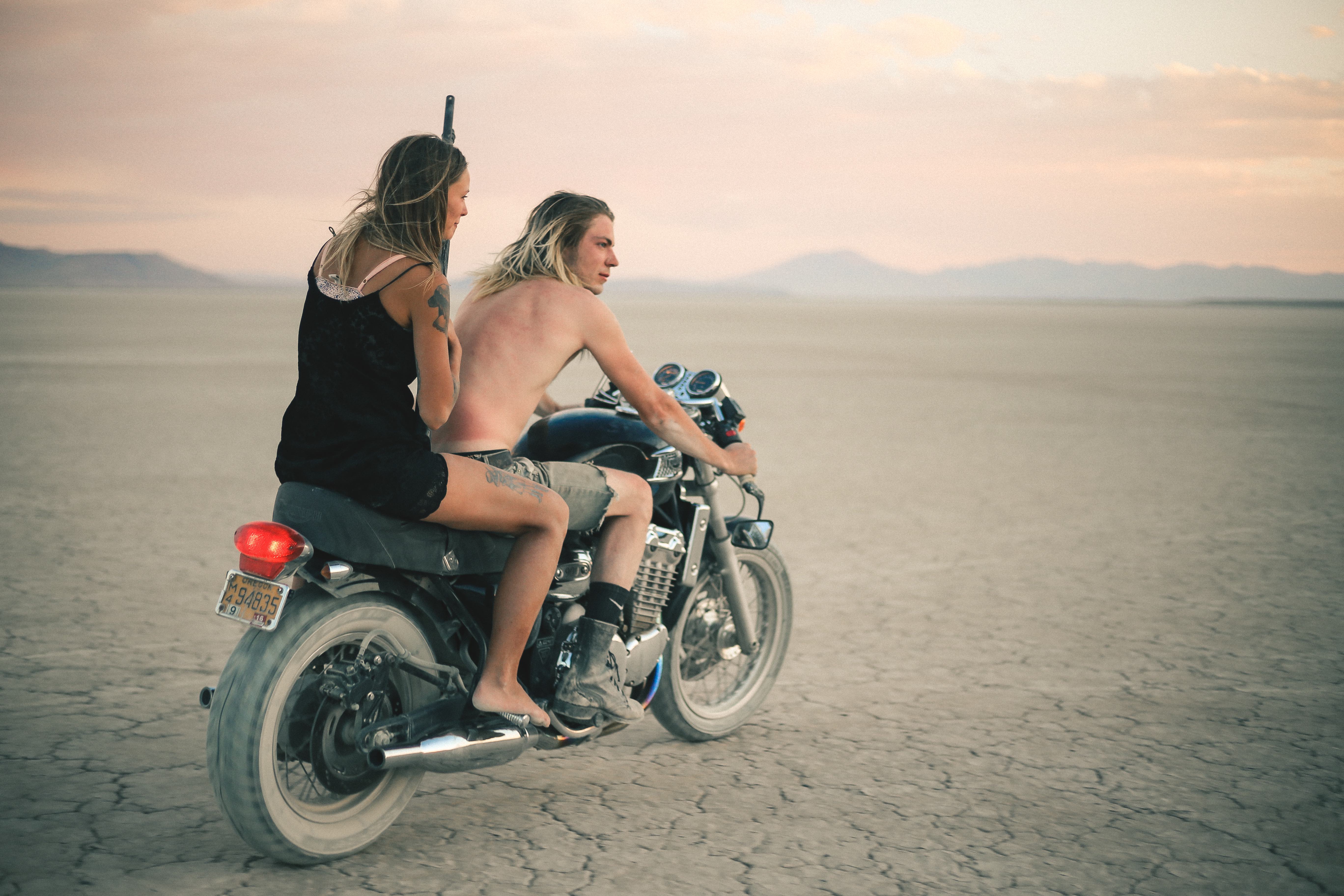 With high quality joints from High Breed, guns, and motorcycles, the celebration of freedom echoed that of the some of the bravest American rebels of history. Unlike more commercialised versions of a trek into the desert, the festival became more of an exploration of spiritual awareness and the abundance of community.

Much like Timothy Leary, and Ram Dass, the forefathers of personal exploration through higher planes of consciousness (and chemistry), one of the explorers carried on an hour long conversation with a Bedouin woman, who would not have been found on any RSVP list, if such a thing existed. 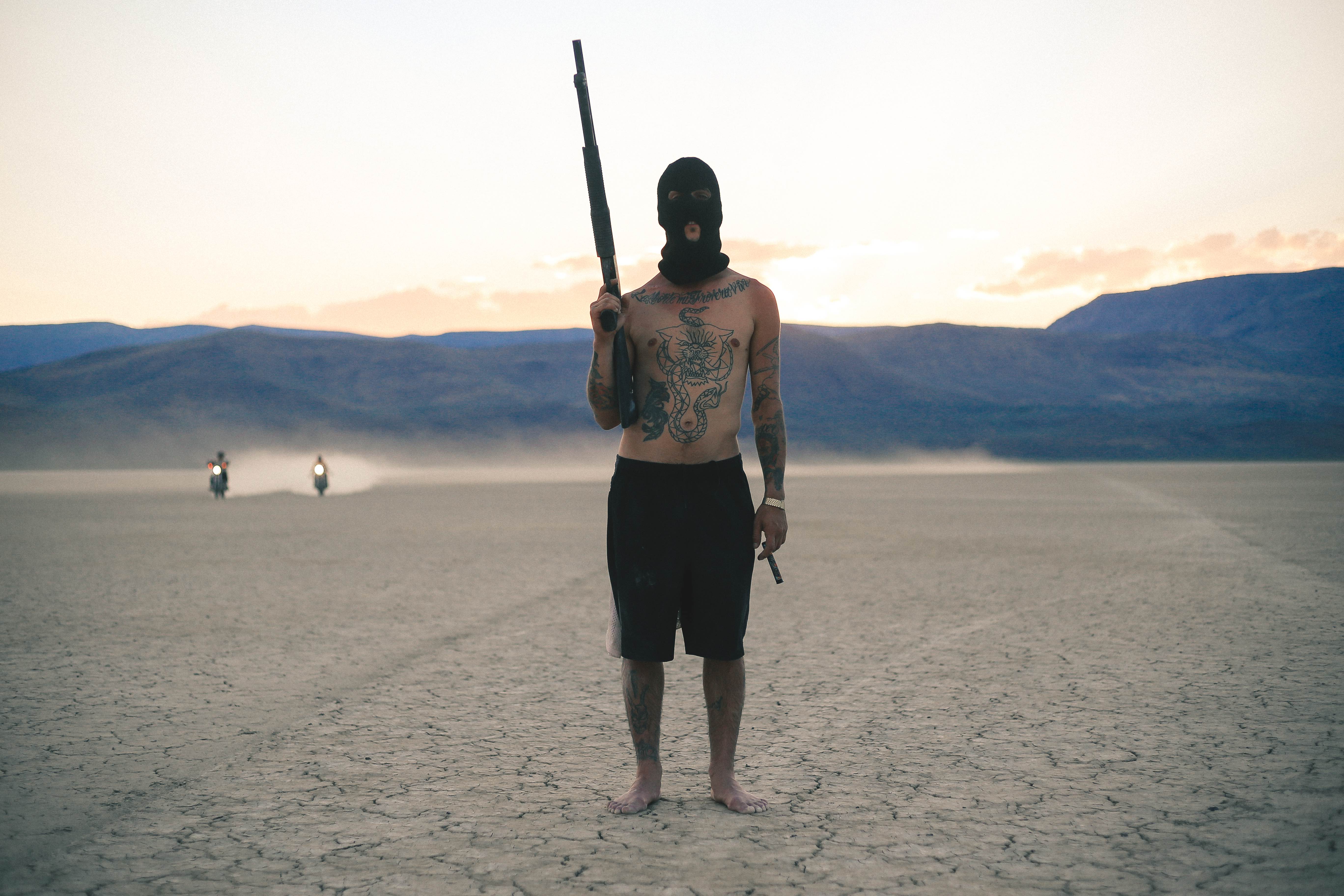 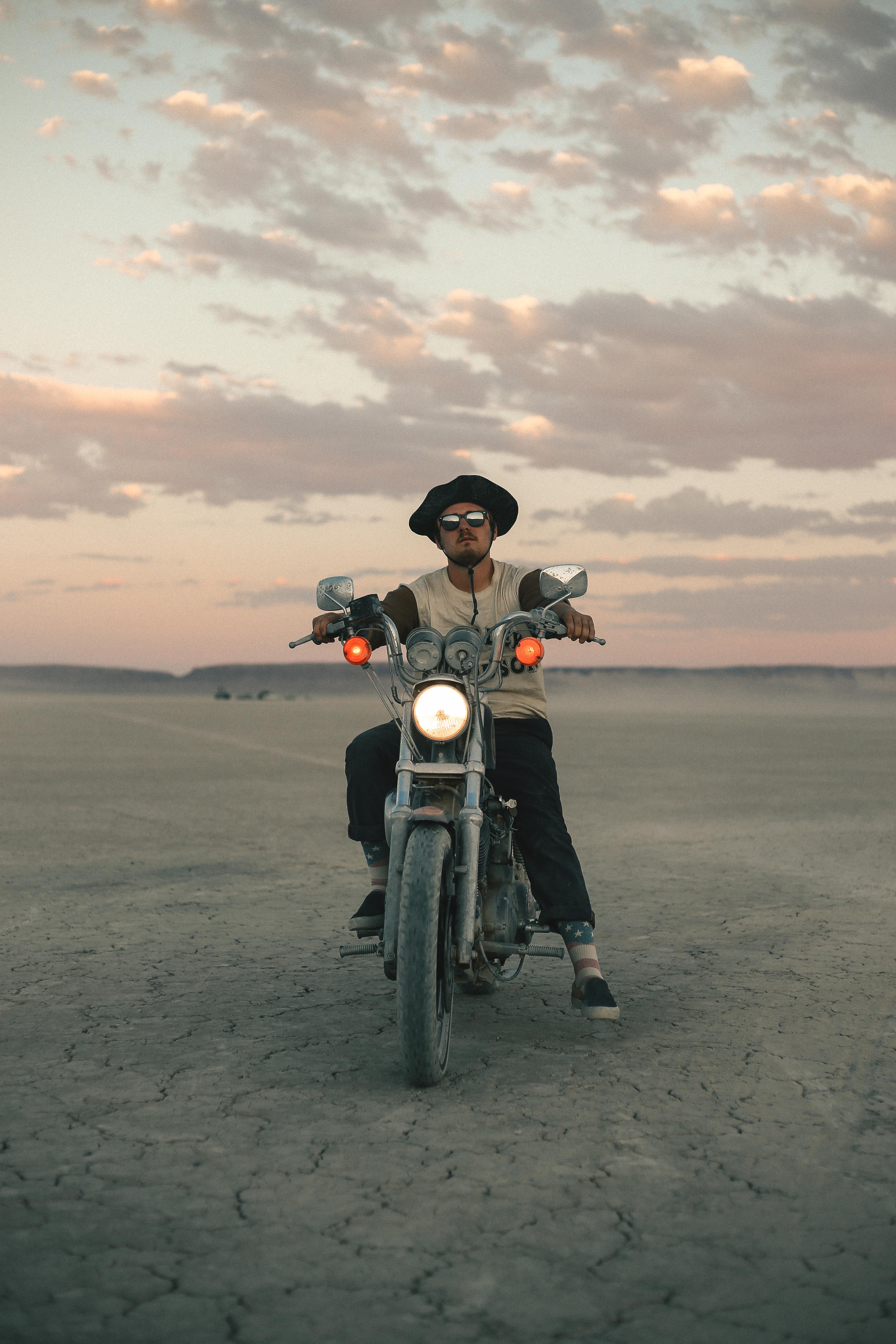 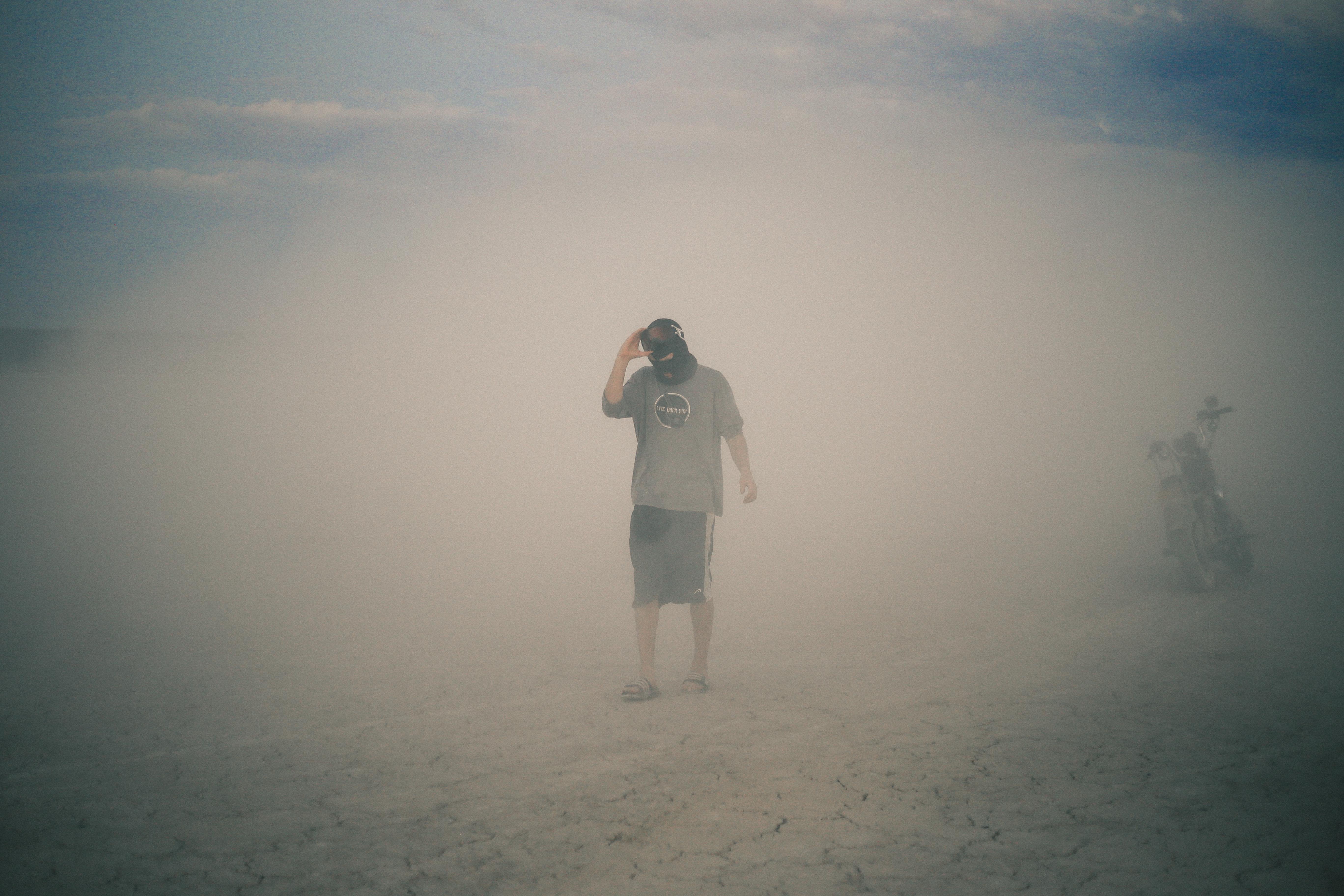 Throughout the weekend, cafe racers and road bikes, without the inhibition of roads or laws, reached well over speeds of one hundred miles per hour. Dogs roamed free as they were meant to do. Local hot springs gave the desert vagabonds relief from arid flatland. A two-seater airplane, piloted by kindly gentleman from Tennessee, even landed near the camp, which punctuated the trip famously.

In world of supply and demand, of consume or be consumed, of social media and search engine optimisation, sometimes all you can do is run away. 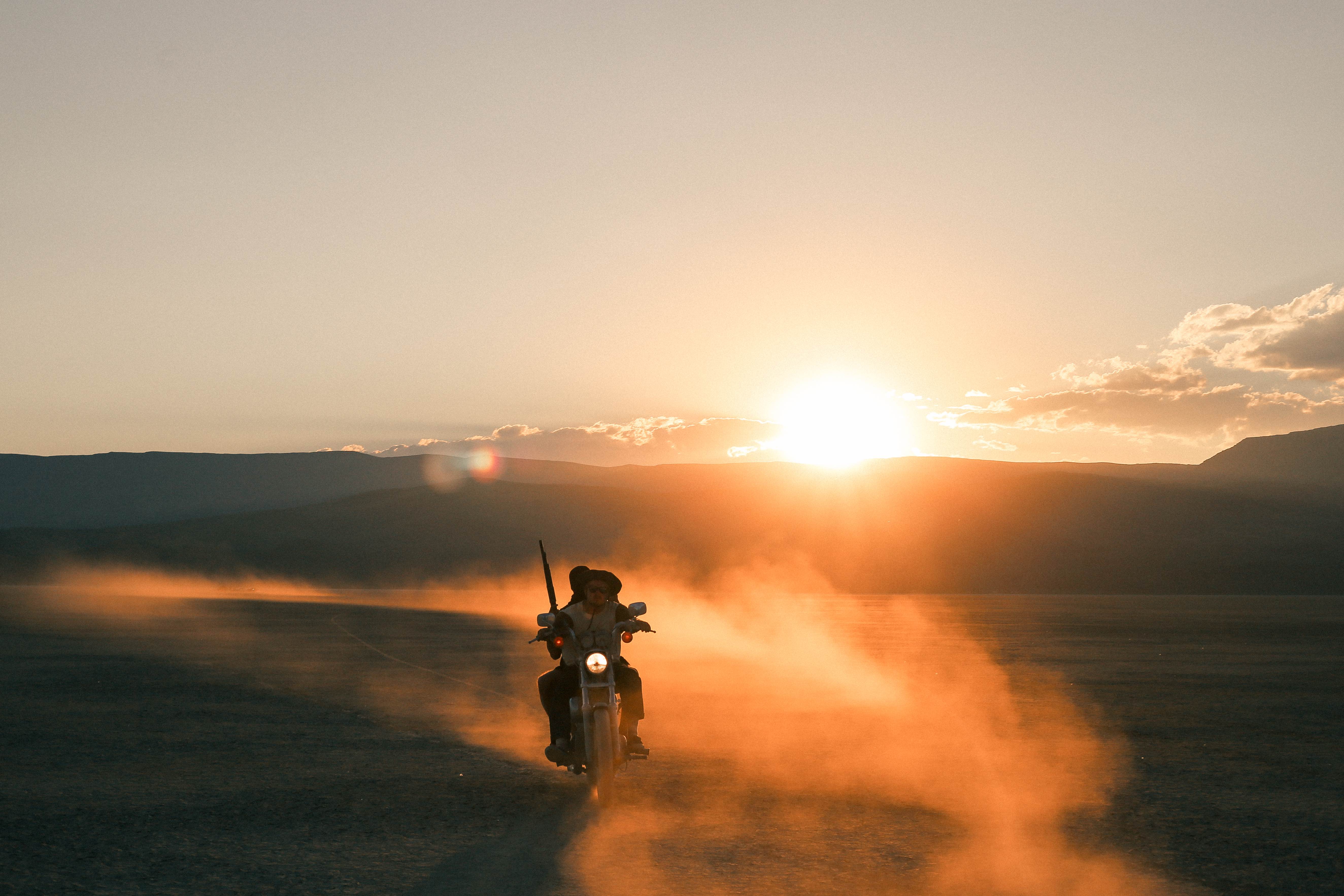 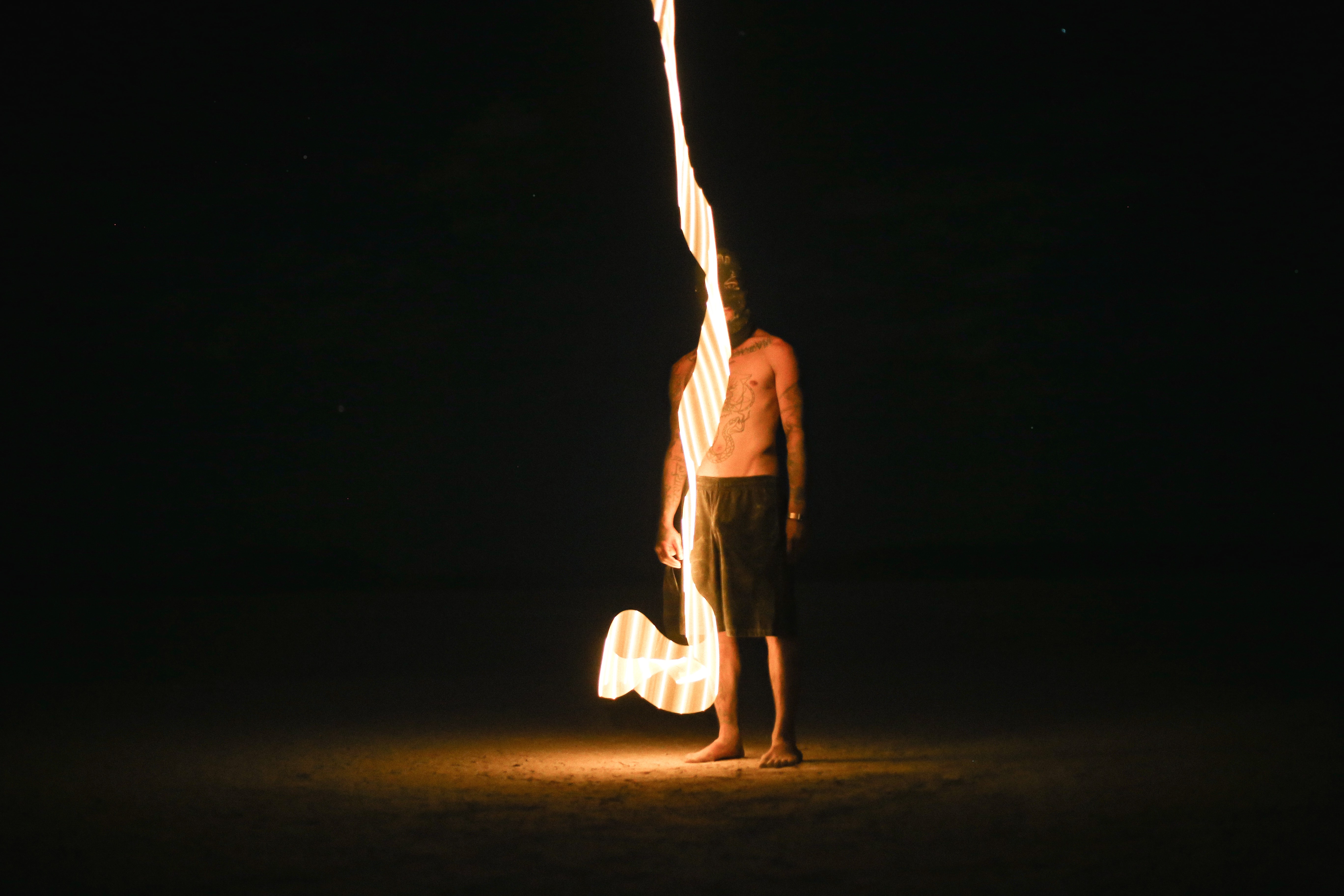 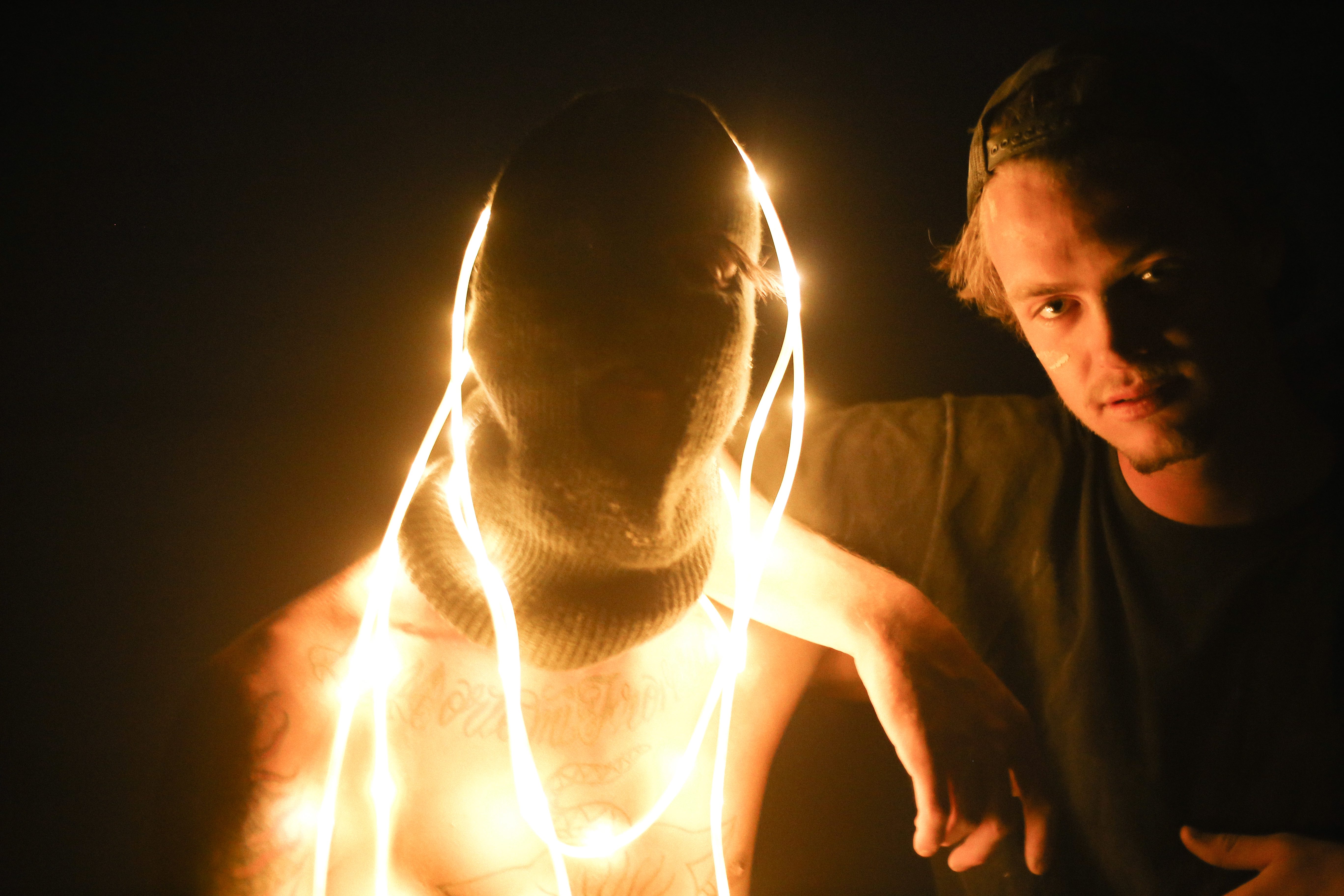 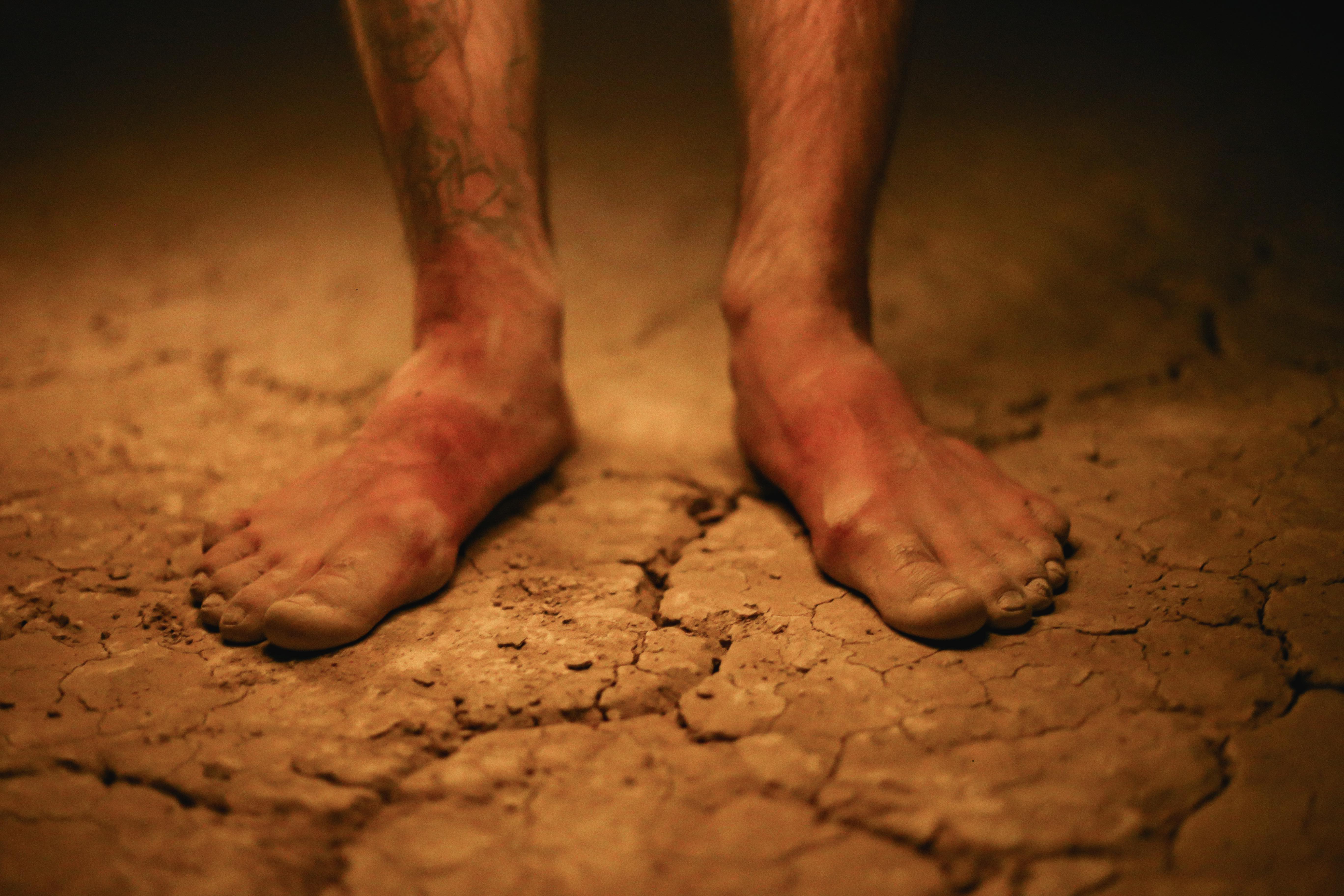 What is more American than racing your bike through the desert, kicking back in the hot springs, sparking a joint and watching the harvest moon rise and set and firing your guns in the air in celebration of freedom? I’ll tell you what. Not a goddamn thing.

Linkedin
RELATED ARTICLES
OTHER ARTICLES
With the UK now set to run out of vaccines, people working in the sex industry – particularly outside of major cities – have been left especially vulnerable, reports Brit Dawson.
Last week, Tower Hamlets council removed its nudity-restricting licensing conditions in a huge win for London’s kink community.
With the virus now a global health emergency, we must take steps to fight misinformation and demand a swift UK-wide vaccine roll out, writes Phil Samba.
Photographer Bud Glick recounts documenting everyday life in the area, and what it taught him about the Chinese immigrant experience.
As the Criminal Bar Association enters its fifth week of action, criminal barrister Russel Fraser explains why the legal professionals have walked out and how action is likely to escalate.
Following the release of his latest album, the rapper talks about finding a new approach to songwriting, attitudes to poverty, and why his music is more than a political statement.