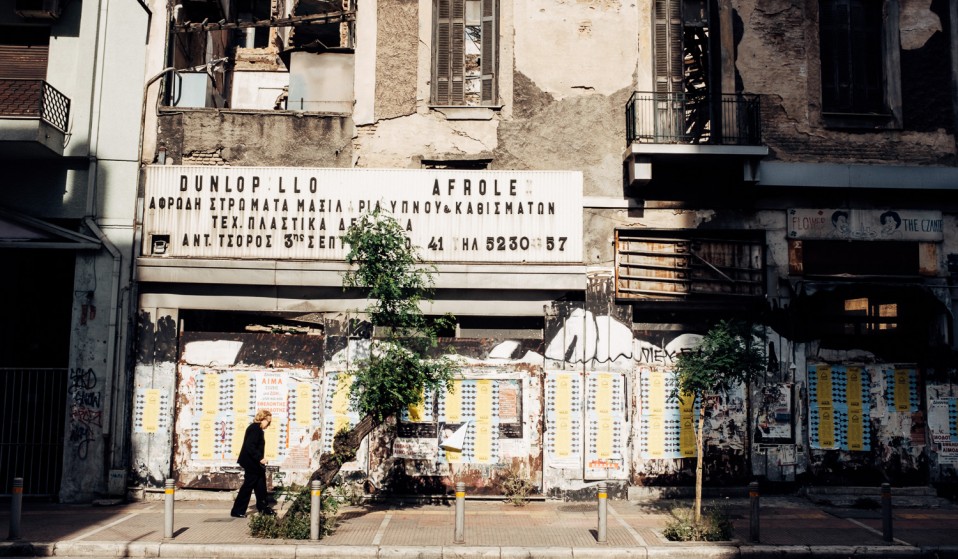 Greece remains deep in a political and economic crisis, but Exarcheia - a small radical district in the heart of Athens - continues to remind us all there's a better way of doing things.

I enjoyed my time in the dirty little square. A meeting place of anarchists and anti-fascist minds; overflowing with an artistic crew, playing backgammon and drinking coffee, surrounded by graffiti and brimming bins. The American Embassy issued a warning to stay clear, but the locals said it was safer here than downtown Athens. 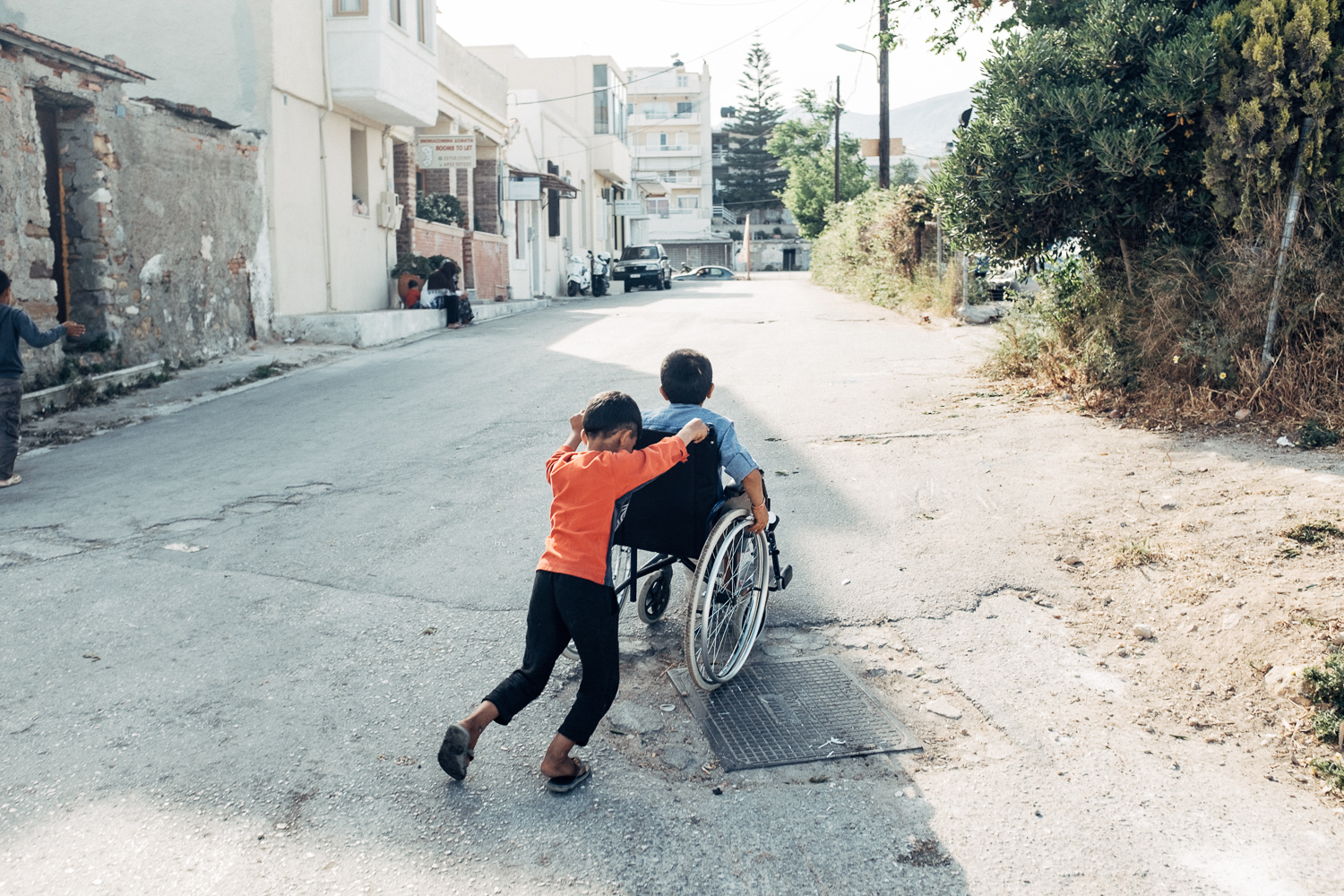 The police – well there were none – decided they were best avoiding the anarchic, anti-establishment, semi-independent district, after a police officer murdered 15-year-old student Alexandros Grigoropoulos back in 2008 sparking weeks of unrest and uprisings. They now stick to patrolling the perimeters – more concerned with who comes out, than what happens inside or who goes in. 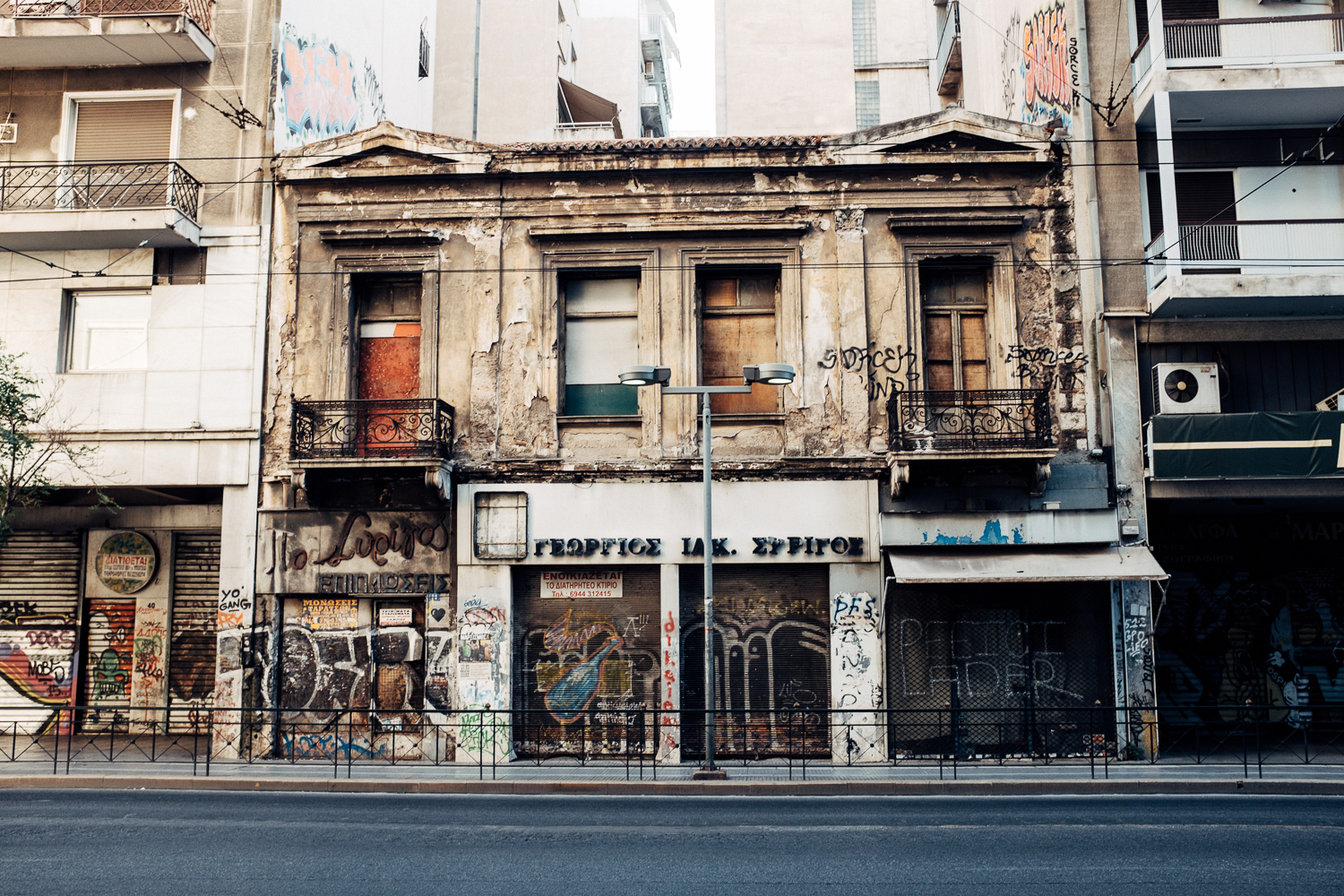 I’d never heard of Exarcheia until I stepped off the bus, into the apartment and my host told me I should go check it out. “Across the street, past the old school [now a refugee squat] turn left and you can’t miss it.” A dirty little square full of concrete, posters, graffiti and politics, surrounded by cafés, book shops and bars is what I found. 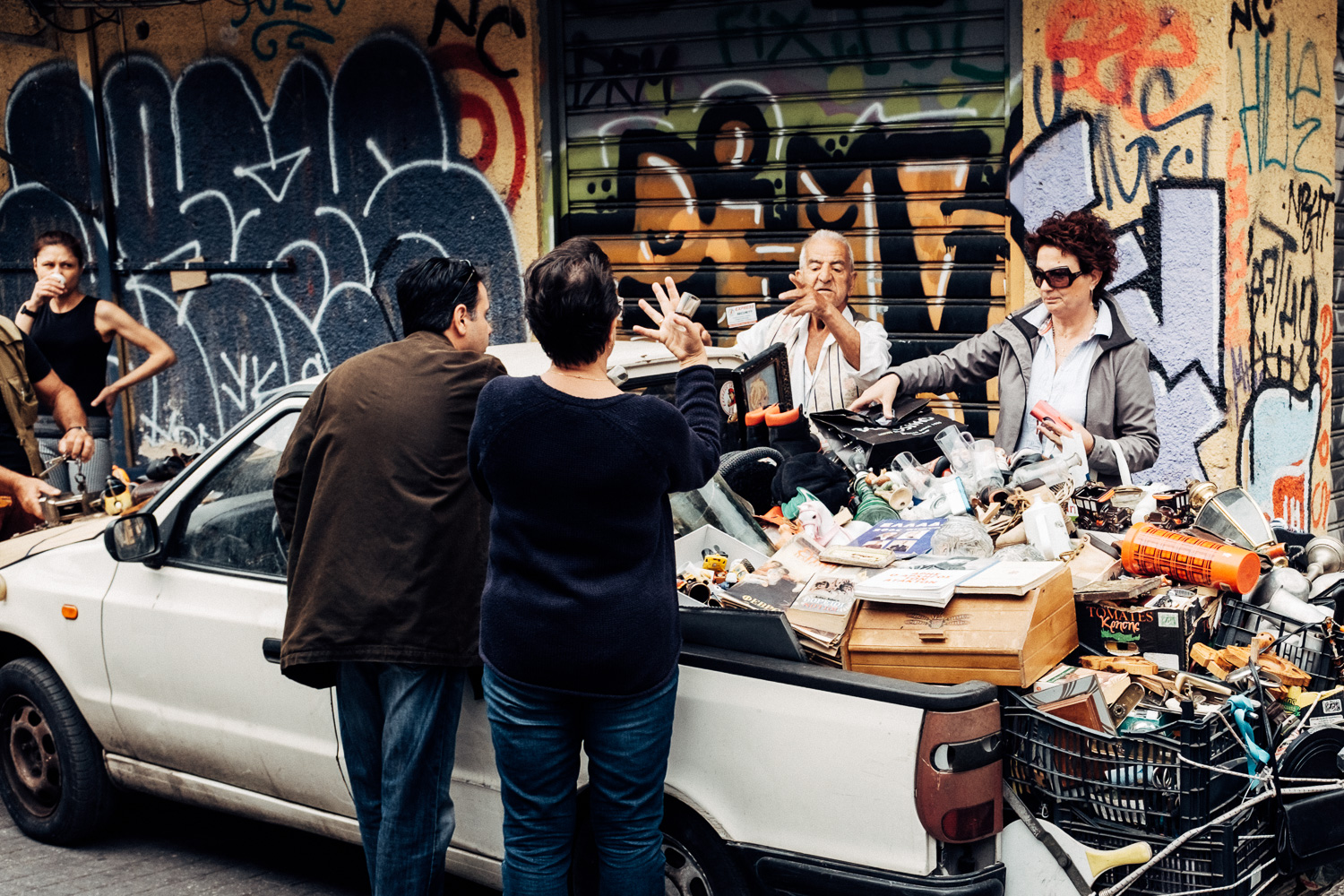 “The locals are pissed off,” says my new friend Zisis, “but rioting isn’t working anymore. The government is so fucking corrupt here, no wonder Greece got fucked up in the crisis.” I’d come to Greece to shoot a Festival that got cancelled for the first time in 200 years. 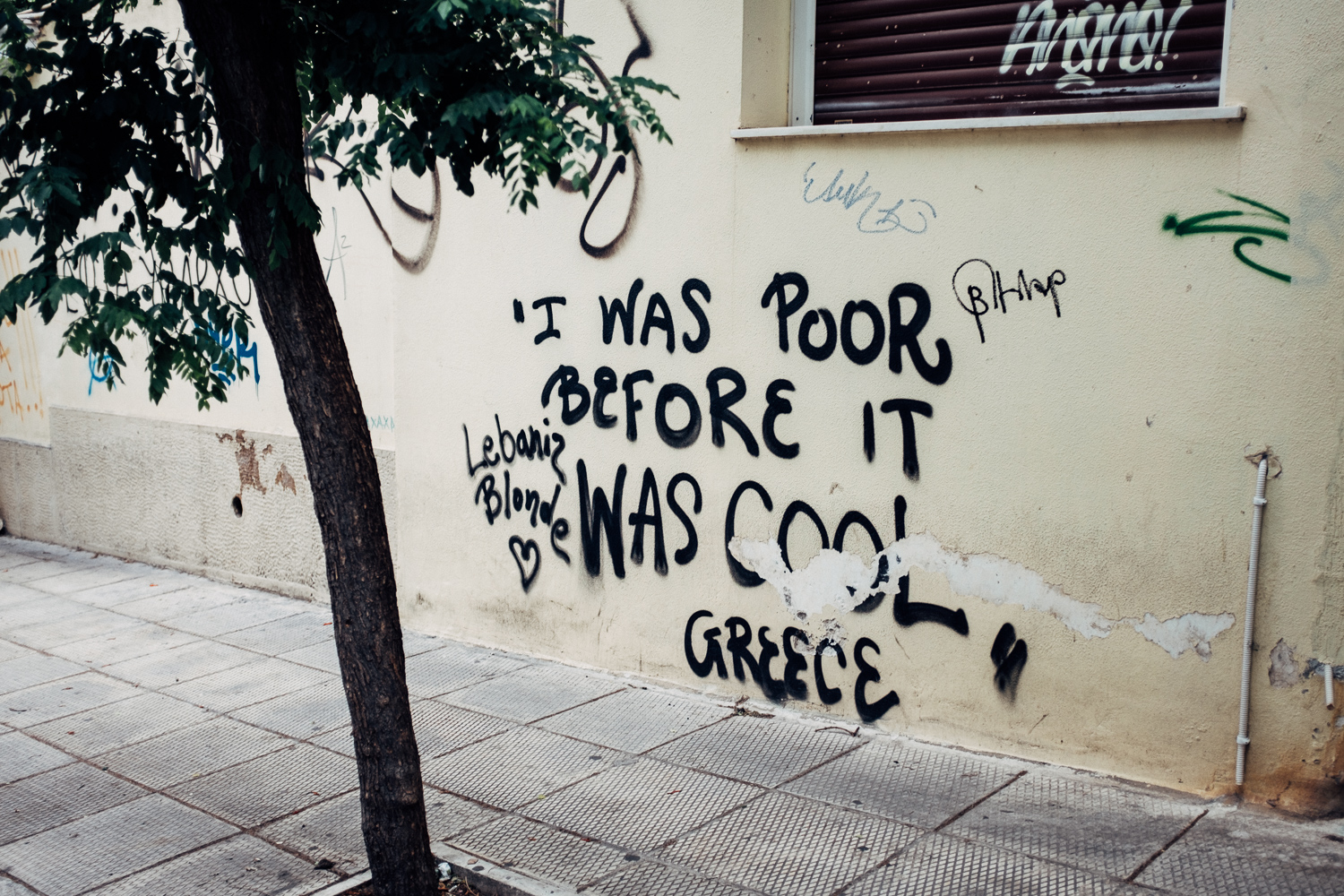 So, I ended up hanging out with refugees, the ones who were lucky enough to survive the journey from Turkey to Chios.

Some might say this was unfortunate, but that’s not how I see it. I was given an alternative perspective, seeing the children with huge smiles as they played on the beach, the adults more sombre as the latest news from Aleppo arrives. I’m pretty much force fed the delicious salty fish they cook on the open fires, as they reminisce about life back home before the war. 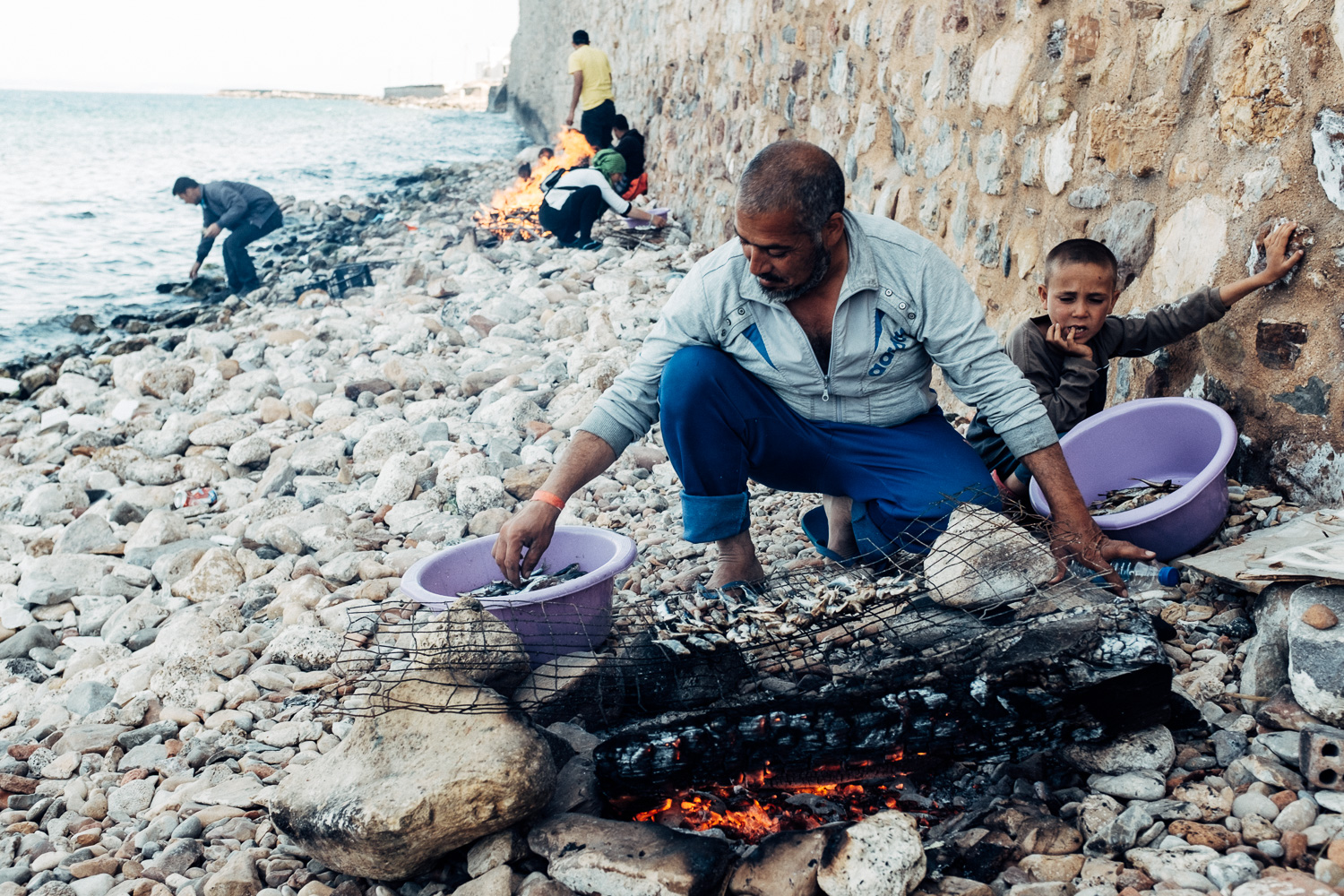 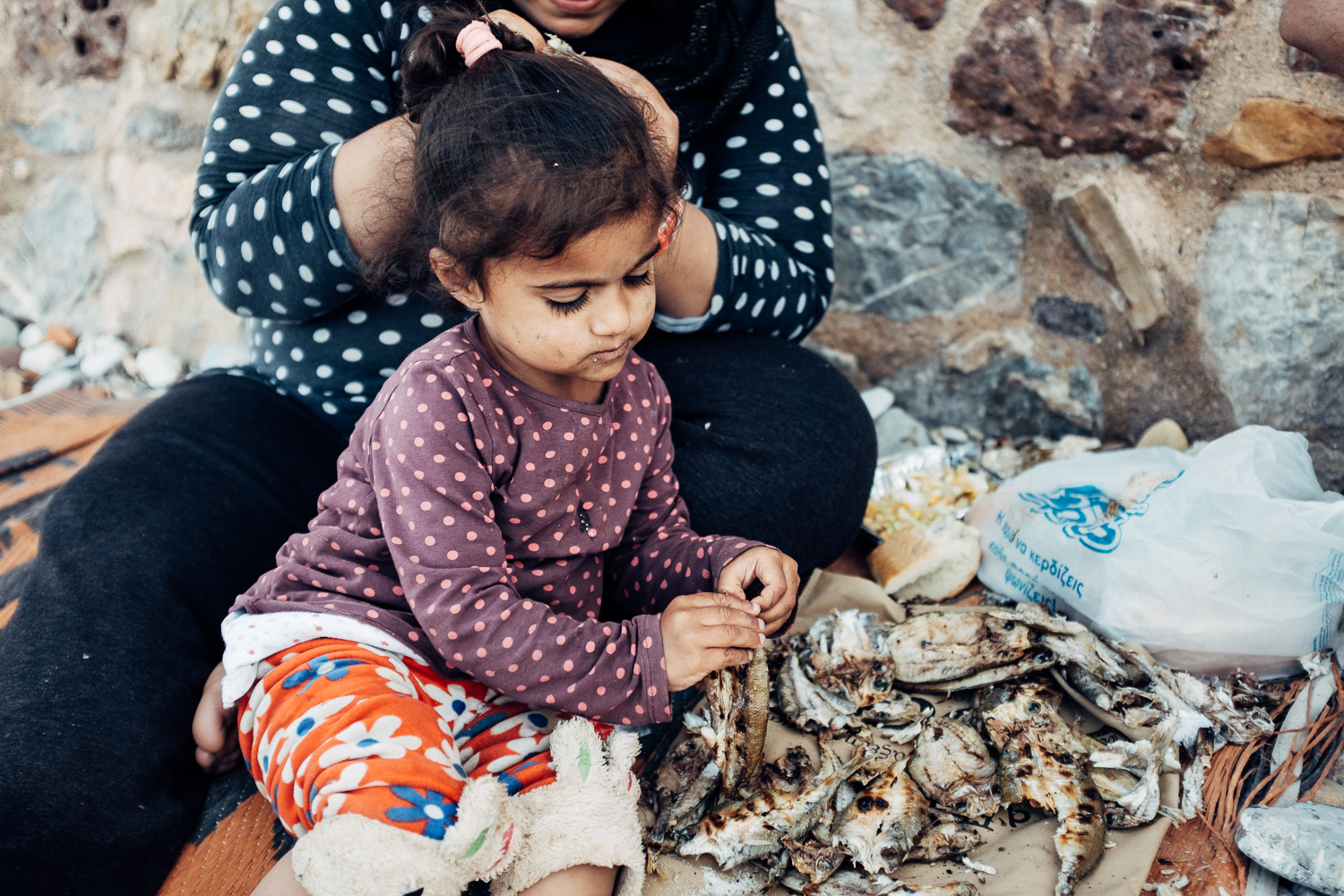 Some might call it unlucky, but Athens was on strike when I arrived, then they rolled over a bank holiday so my trip to see the ancient Acropolis was ultimately from afar. It was Easter so the markets were all shut, but I had no inclination to spend time on the tourist trail. 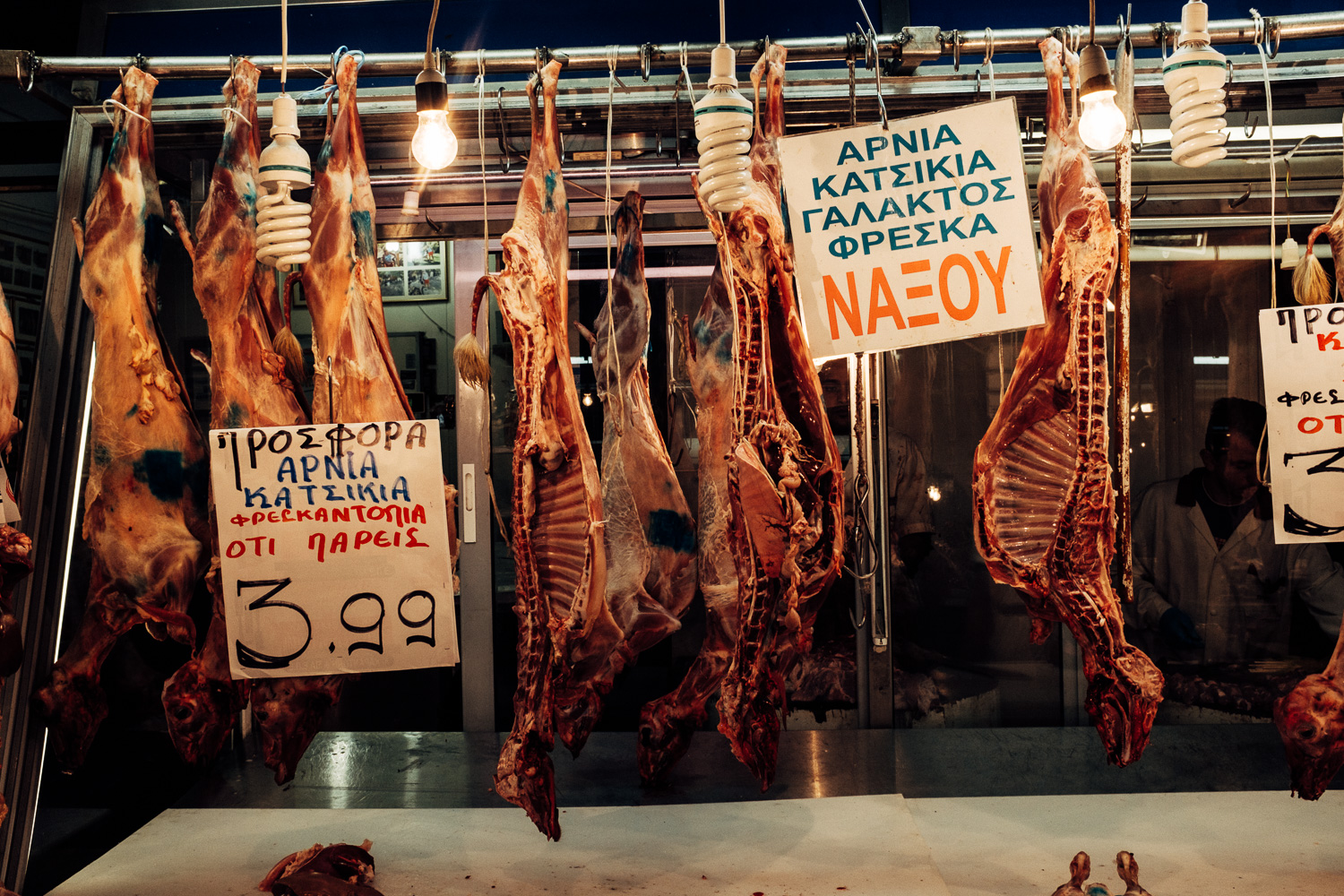 So I hung out in Exarcheia, taking photos, drinking coffee and making friends. To me it felt like Athens was on the brink of something special – although probably not economically – as I write this on my return there are riots happening in downtown Athens over the latest austerity measures. 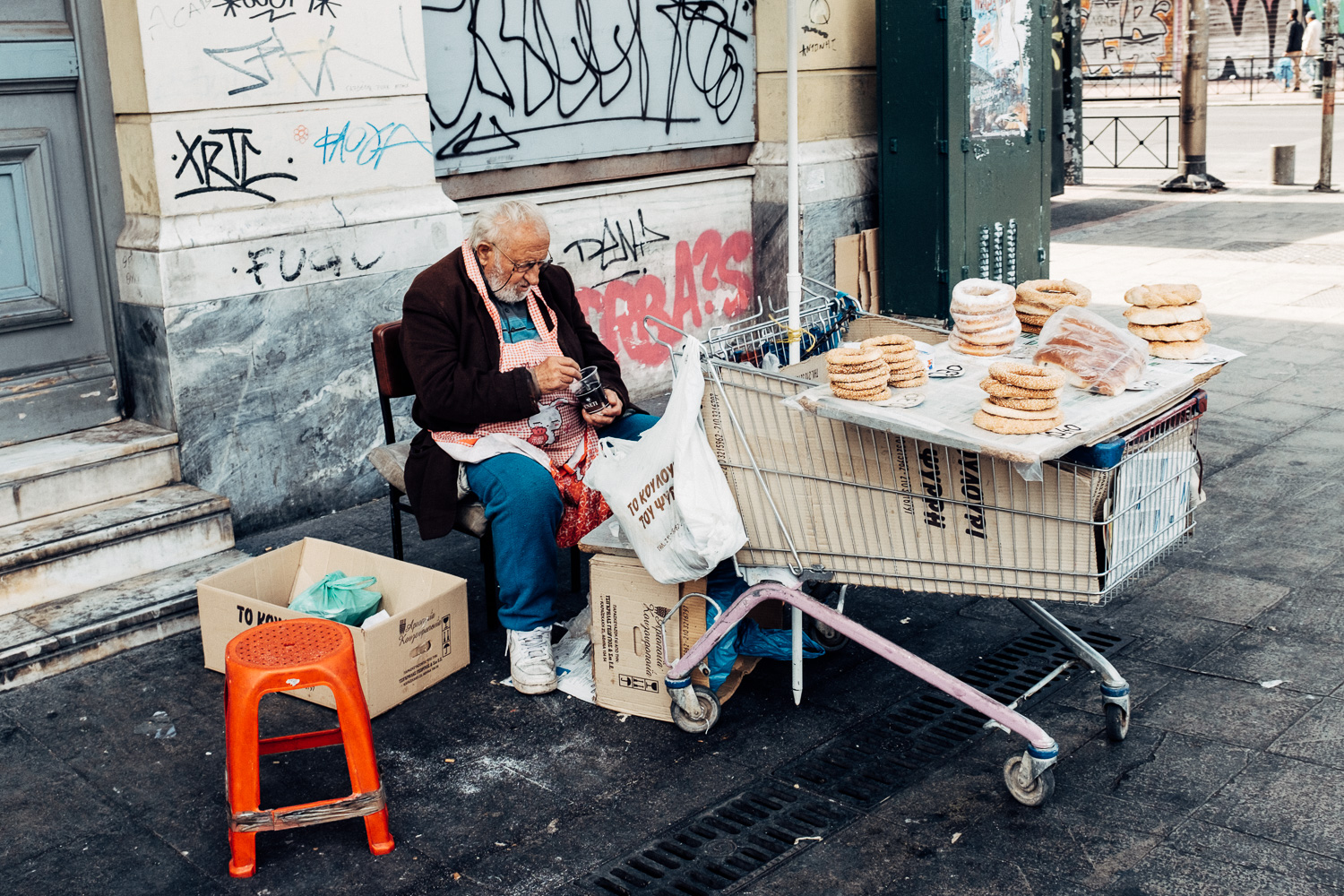 There is an uncertainty in the air – like Berlin in the early 1990s, before mass gentrification and that whole counter-cultural scene had a space to call their own. It was when people figured out having nothing meant you had nothing to lose, so you could do whatever you please. That means not paying the rent, it means demanding good food need not cost you the earth, and realising you don’t need to leave because everything you believe in is right there. 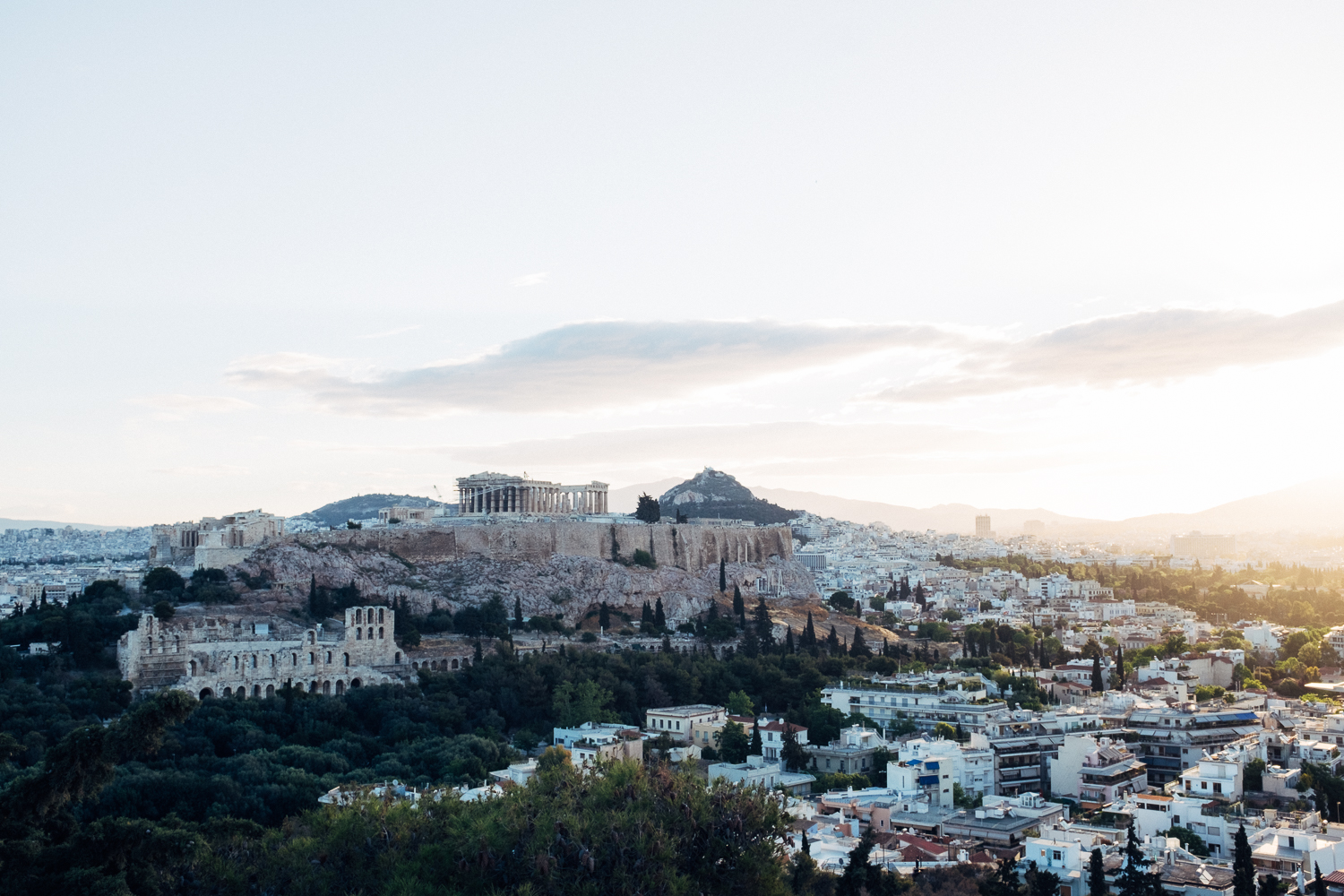 You make it happen, and when people come together to break into empty buildings, left to rot by a corrupt government, so refugees can have a roof over their heads. You can make it happen by rejecting the police who shoot down kids in cold blood. It’s the power of people: resistance, revolutionary – call it what you will but it feels special. 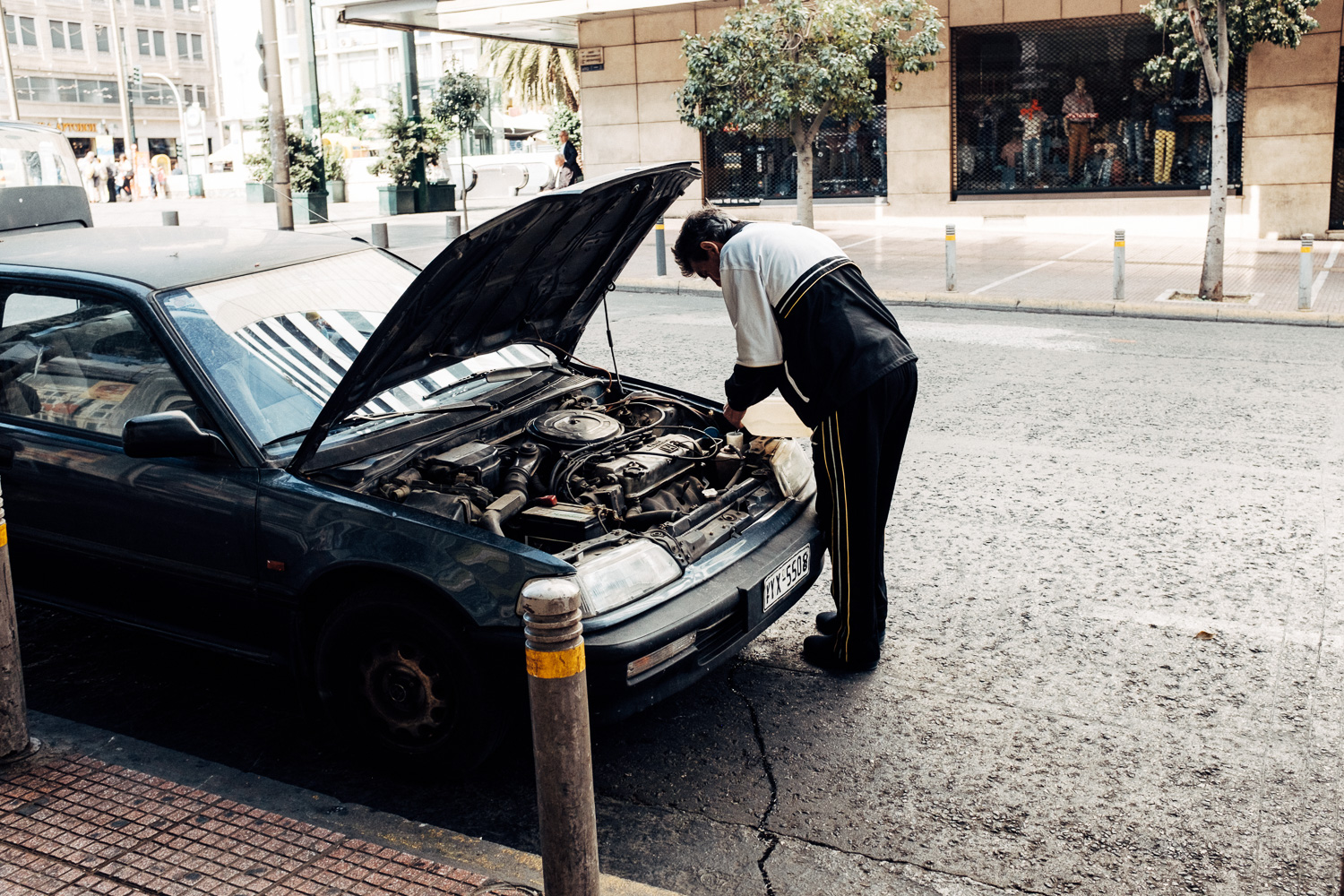 No wonder the Americans don’t want their citizens visiting Exarcheia, because of course a freeing ideology is the real enemy within this dirty little semi-independent square in the centre of Athens.

You can check out more of Chris’ work on his website, and by following him on Instagram.

Linkedin
RELATED ARTICLES
OTHER ARTICLES
The author discusses her new memoir, which offers a sobering reflection on the racism and otherness she’s experienced along with a joyful celebration of her culinary heritage.
To mark the premiere of his new documentary on surfing giant Gerry Lopez, the filmmaker and former pro skateboarder sits down to share his unique brand of wisdom.
A series of photos by the late Jerry Dantzic taken in 1957 show a tender side to the iconic Jazz musician.
From the chip shops, to the bingo parlors and burlesque dancers, photographer Mike Coles remembers capturing scenes of holidaymakers by the English coast.
Photographer Bud Glick recounts documenting everyday life in the area, and what it taught him about the Chinese immigrant experience.
A sharp increase in officers armed with the electrical weapon is resulting in serious injuries and deaths.