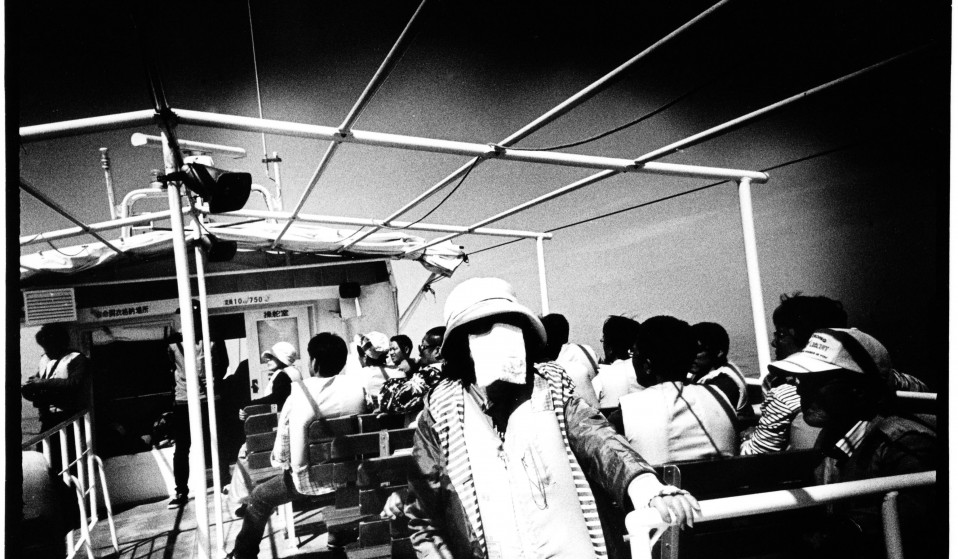 New York-based street photographer Hiroyuki Ito returns to his native Japan to discover the island of Hokkaido by train, hoping to capture an element of Japan’s future in traces of its past.

For Japanese people who grew up on Honshu, (the main island of Japan), Hokkaido – Japan’s northernmost island – arouses feelings of the exotic and the mystical. When I travelled across Japan for five weeks last summer, I didn’t quite know where Japan was heading next, what it wanted to accomplish in the future; that’s why I decided to return to photograph the country, and what led me to Hokkaido.

Hokkaido is immense; it’s 32,222 miles² – twice the size of Switzerland – so, over two weeks this summer I zigzagged all over the region, visiting 16 cities, and travelling 1,500 miles by train. For me, travelling by train in Japan is pure pleasure – clean, efficient and punctual – and I love watching fragments of local life play out through the window. The pace of the moving train is good for processing your thoughts. 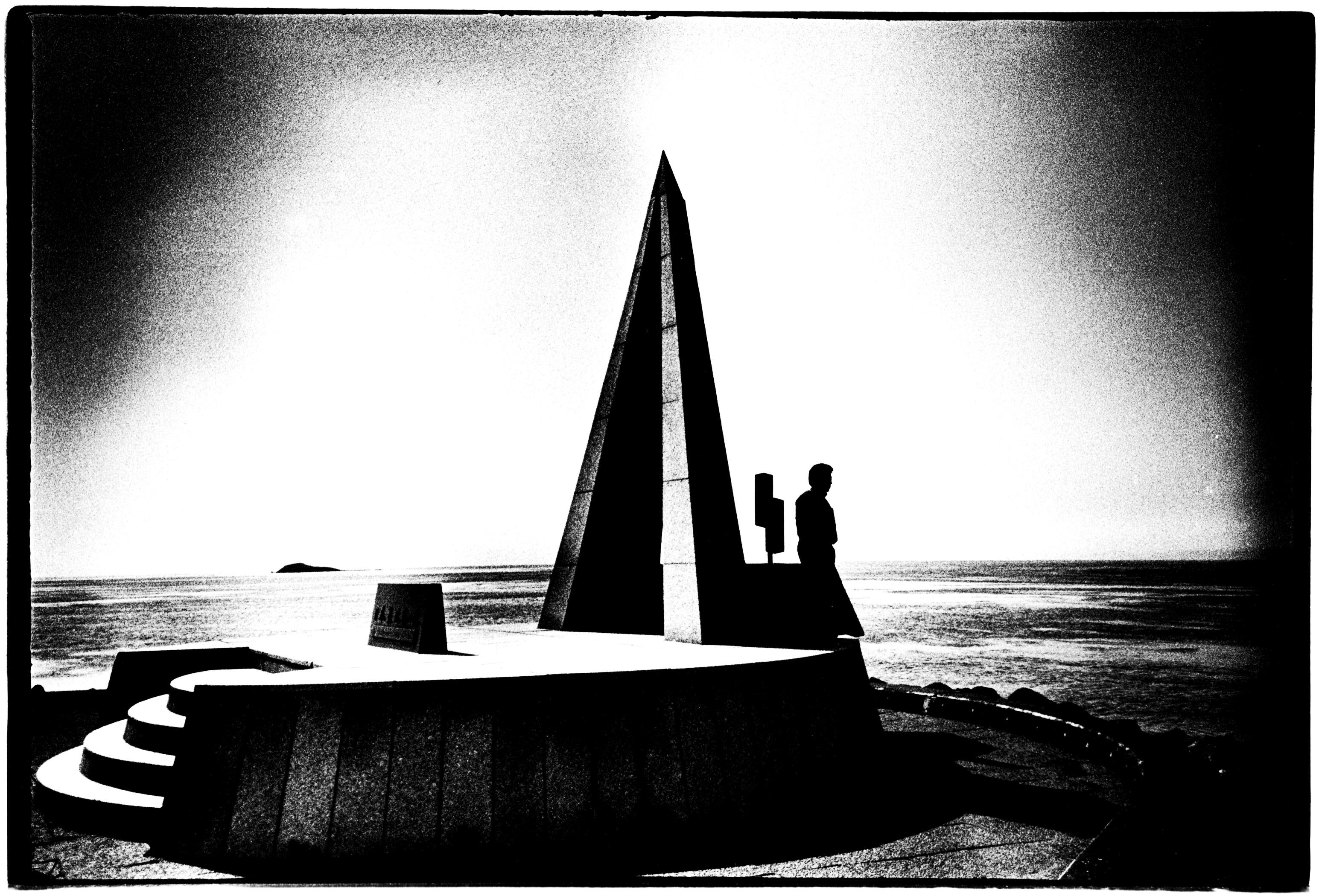 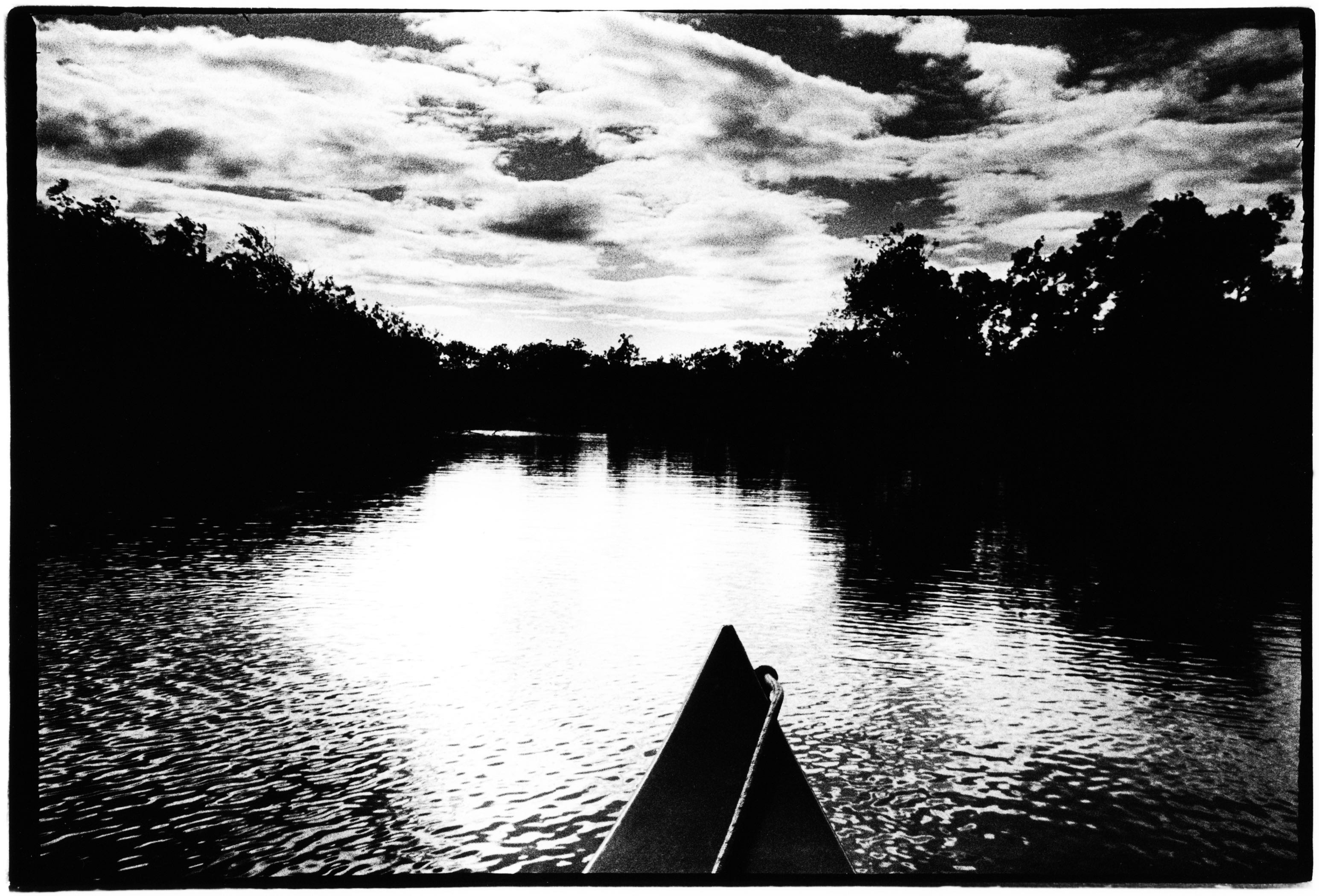 I arrived at the port town of Hakodate, which was one of the first cities in Japan to open up to Western countries, and on my third day I rode the Murolan train line to Shiraoi, the replica village of the indigenous Ainu people. Fear of Russian invasion shaped the central government’s policies towards Hokkaido; they wanted to make it like the rest of Japan to clearly establish the borders between Japan and Russia, and the Ainu people were the victims of these policies as their traditions and lands were spitefully stolen.

But I feel uncomfortable visiting replica indigenous villages like this, which are politically correct but at the same time passive-aggressively commercial. The experience reminded me of the uneasiness I felt when I saw native American rituals in New Mexico. I couldn’t be sure whether the performers, who sang and danced in traditional costumes, were genuine descendants of the Ainu people. 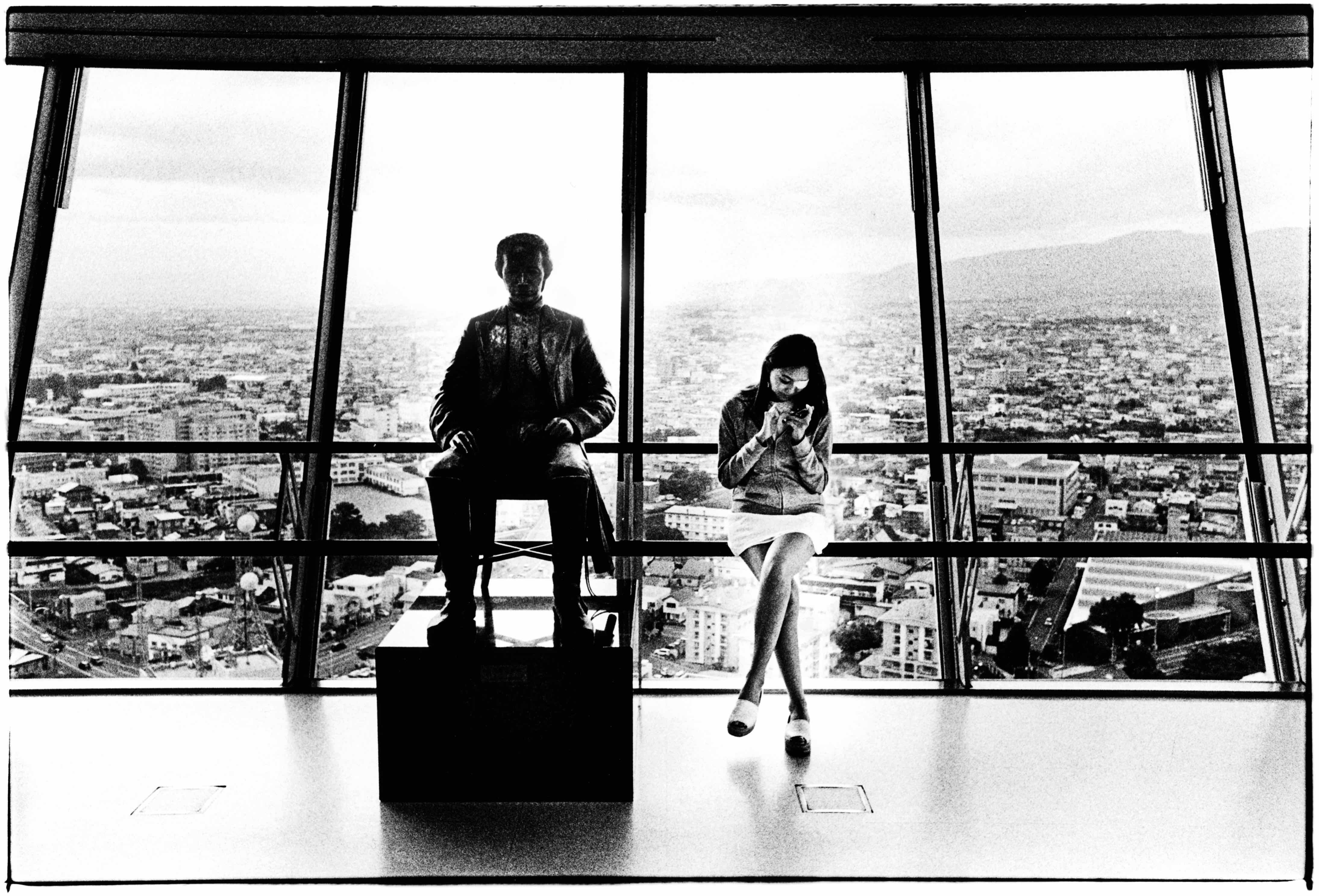 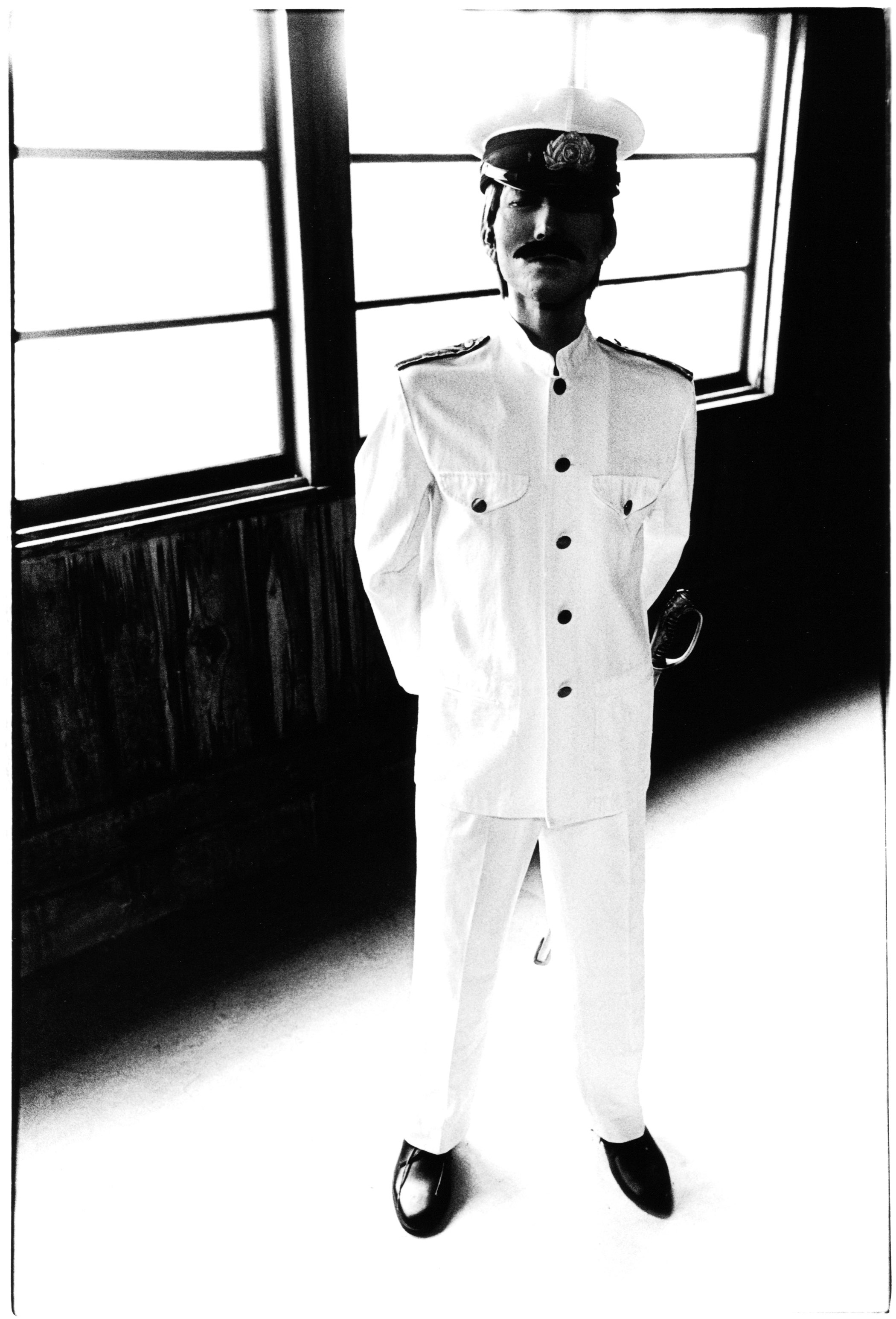 From there I went to Sapporo, the capital of Hokkaido. I felt dizzy going from the artificially preserved Ainu Village in Shiraoi to the futuristic capital of Sapporo in just one hour, while the actual process of civilisation took more than 800 years. I am a street photographer who usually looks for spontaneous moments, but I found that, however faint or abstract, the history of Hokkaido is always present in everything you look at.

After spending several days in central Hokkaido, I visited Cape Soya in Wakkanai – the northernmost tip of Japan – and despite the many souvenir shops and restaurants its deserted tip was the location of one of my greatest moments of inspiration. 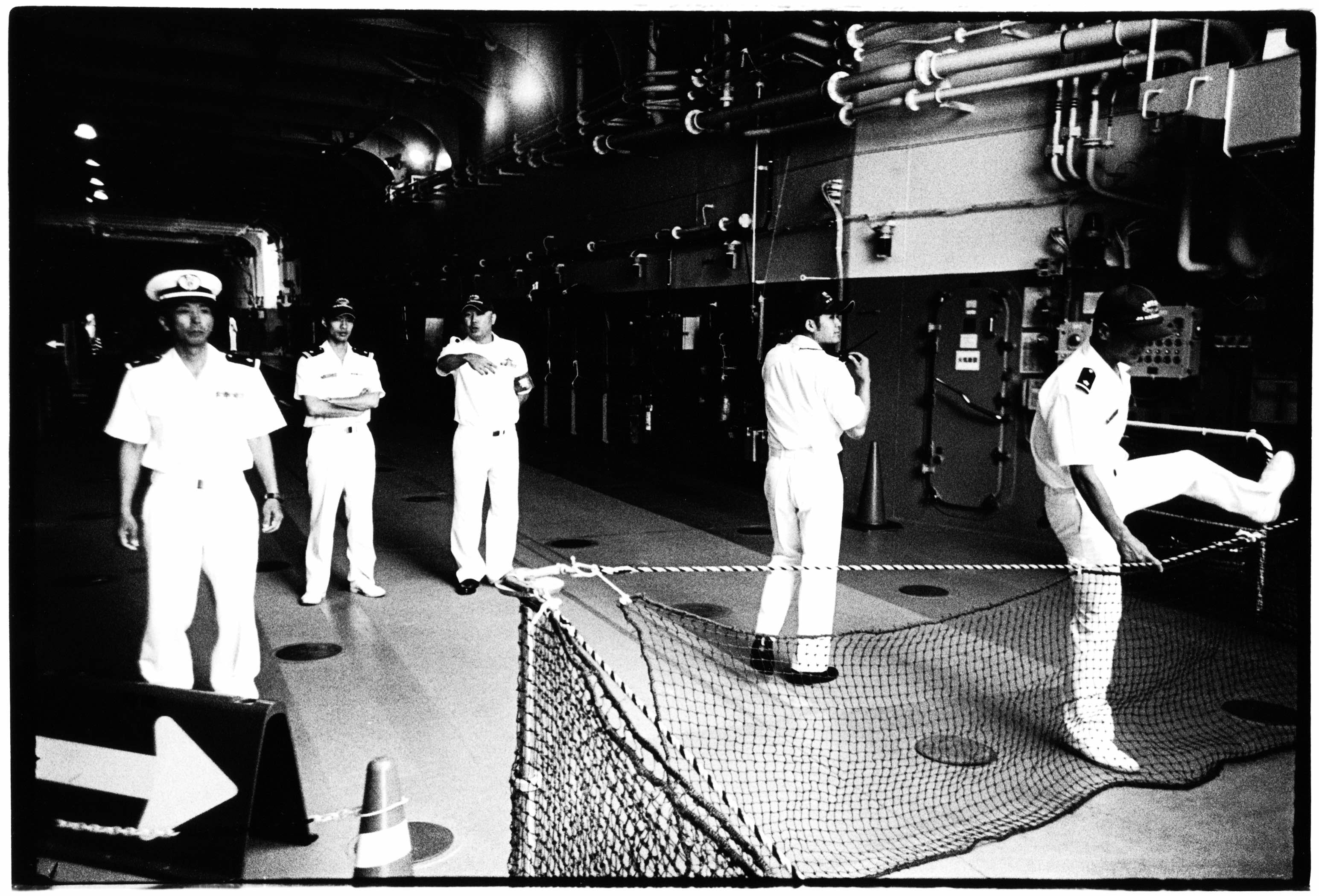 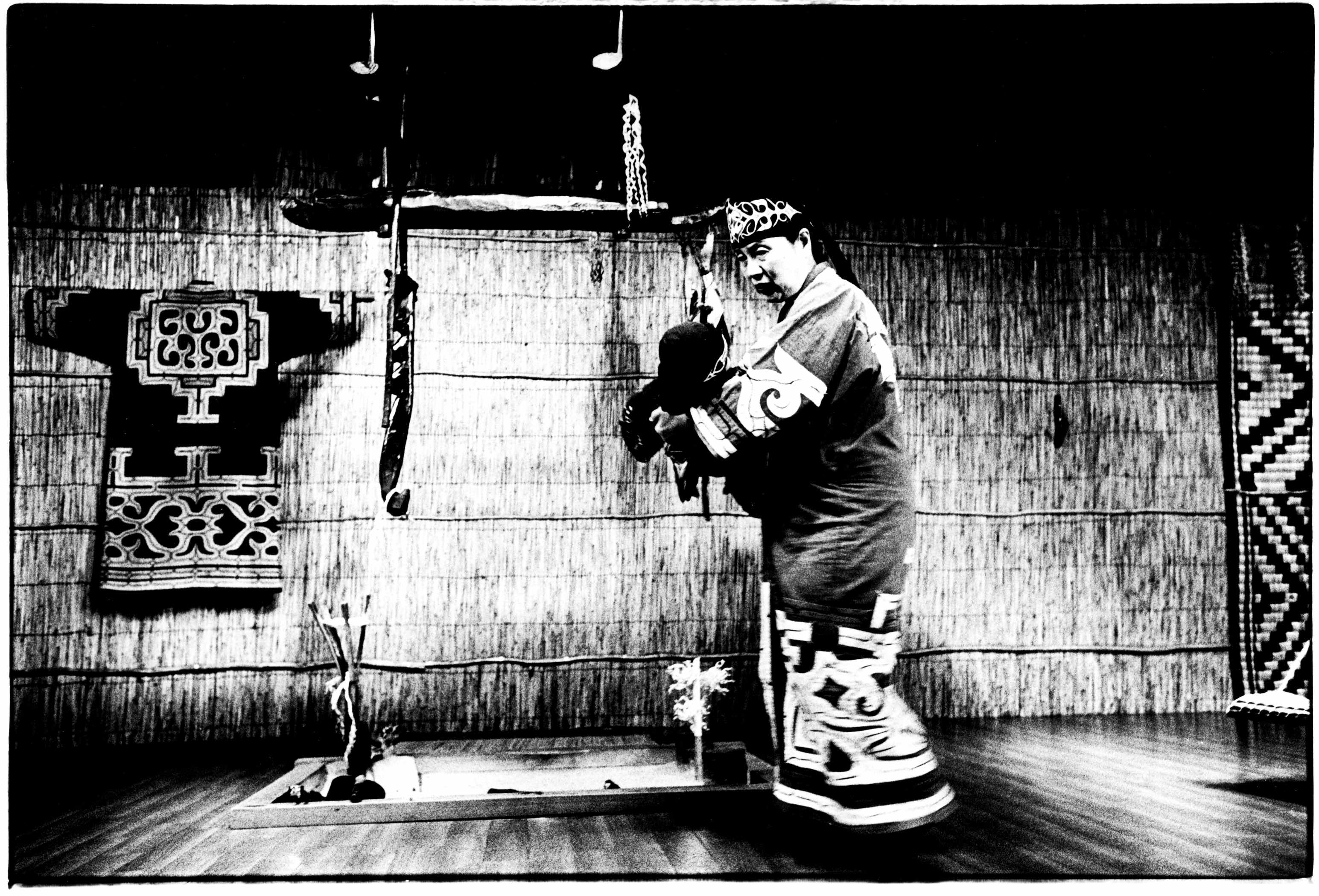 Then, via a stop off in Abashiri, known for its extreme cold weather and maximum security prison, I headed to the easternmost part of Hokkaido – Shiretoko Peninsula – facing the Kuril Islands of Russia which Japan claims as their own.

Here there was an old local guide explaining the history to two tourists. When it came to the subject of the Kuril Island disputes, I expected him to raise his voice and claim that these islands belong to Japan. Instead, he said softly that it’s good that Russia has the sovereignty over them, otherwise Japan would overfish until not marine life survived. 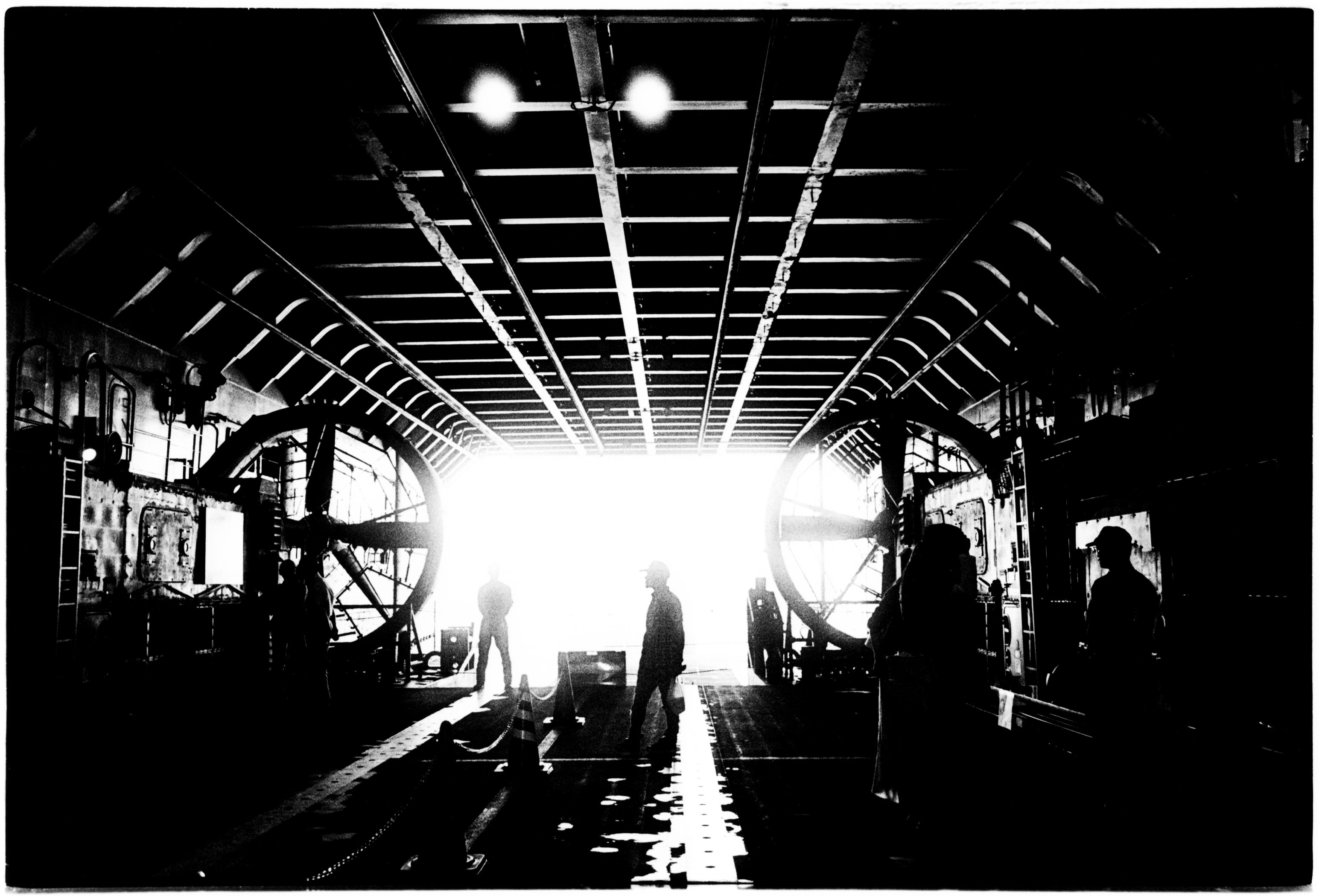 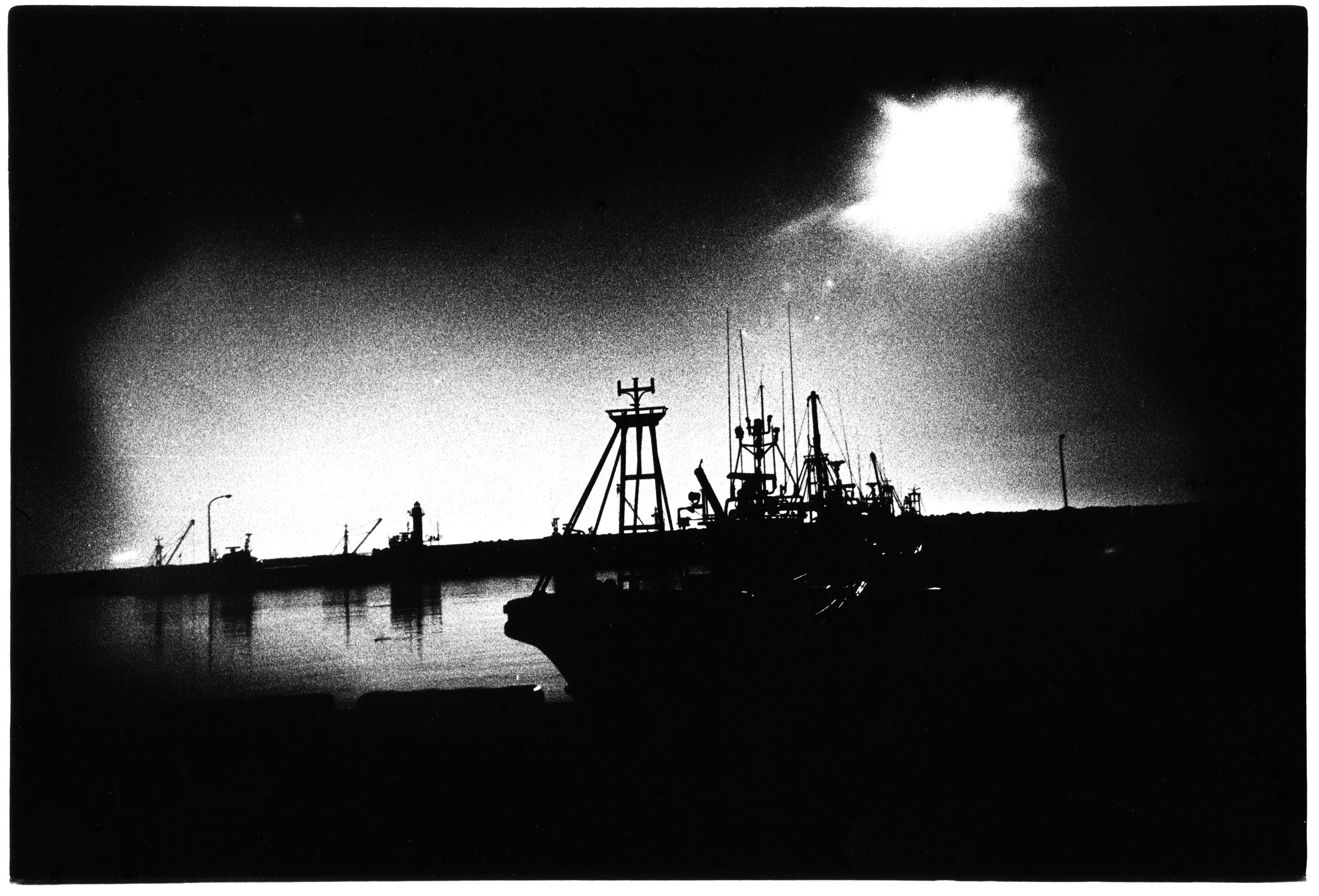 A canoe trip to enjoy the panoramic views of Kushiro Marsh followed before I arrived at my final destination – ‘The Hell Valley’ of Noboribestu.

The valley, with its explosive craters of hot steam vents and sulfurous streams from the active volcano of Mount Hiyori, takes its name from a scene of popular Japanese folklore where the demon throws sinners in the boiling hot water. Late at night I walked along a fragile wooden bridge, obscured by the volcanic steam that smelt like rotten eggs, to reach the gate of hell. I was welcomed by a giant sculpture of a red demon with his torture stick, ready to beat me for all my sins. It was a fitting end to my Hokkaido exploration. 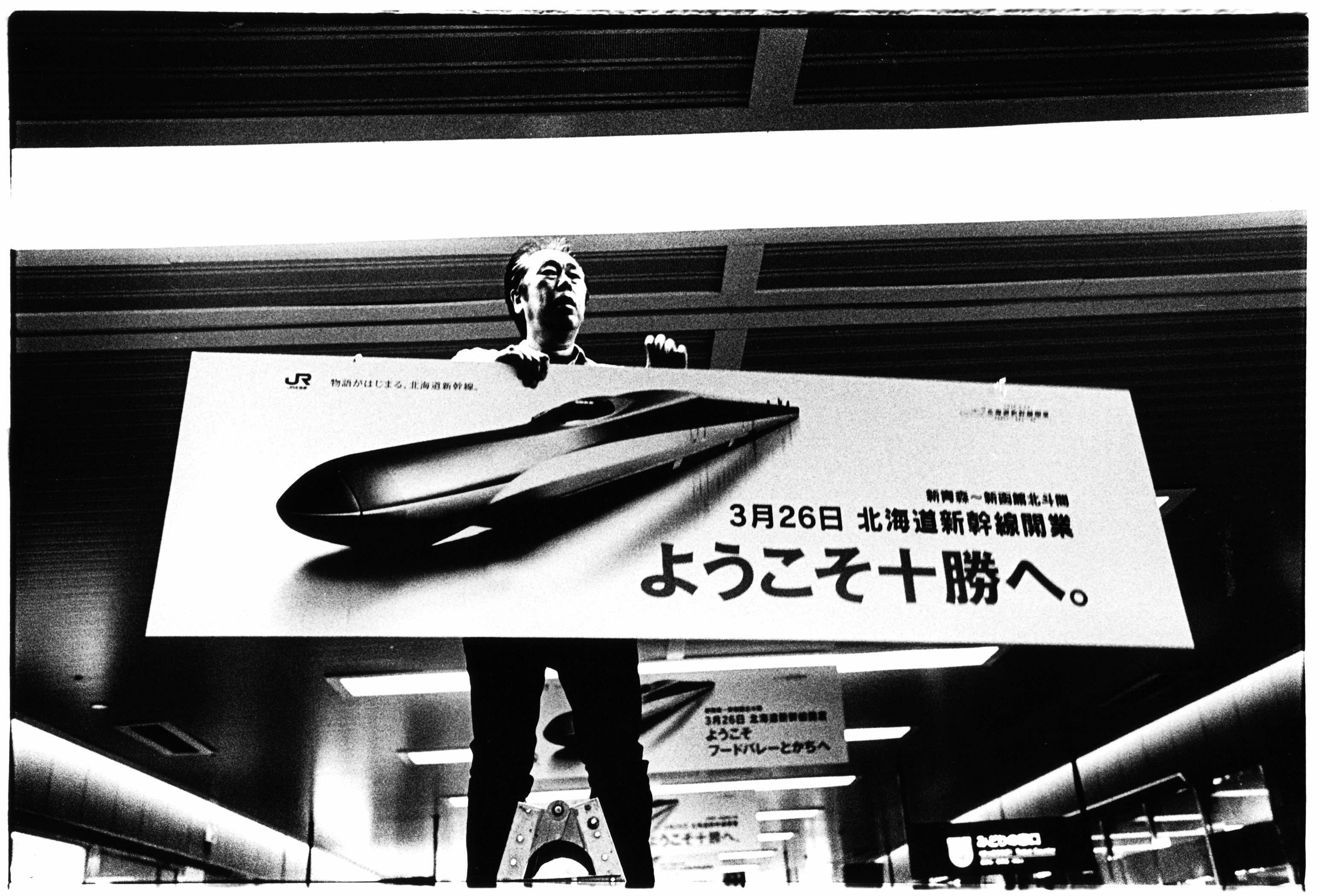 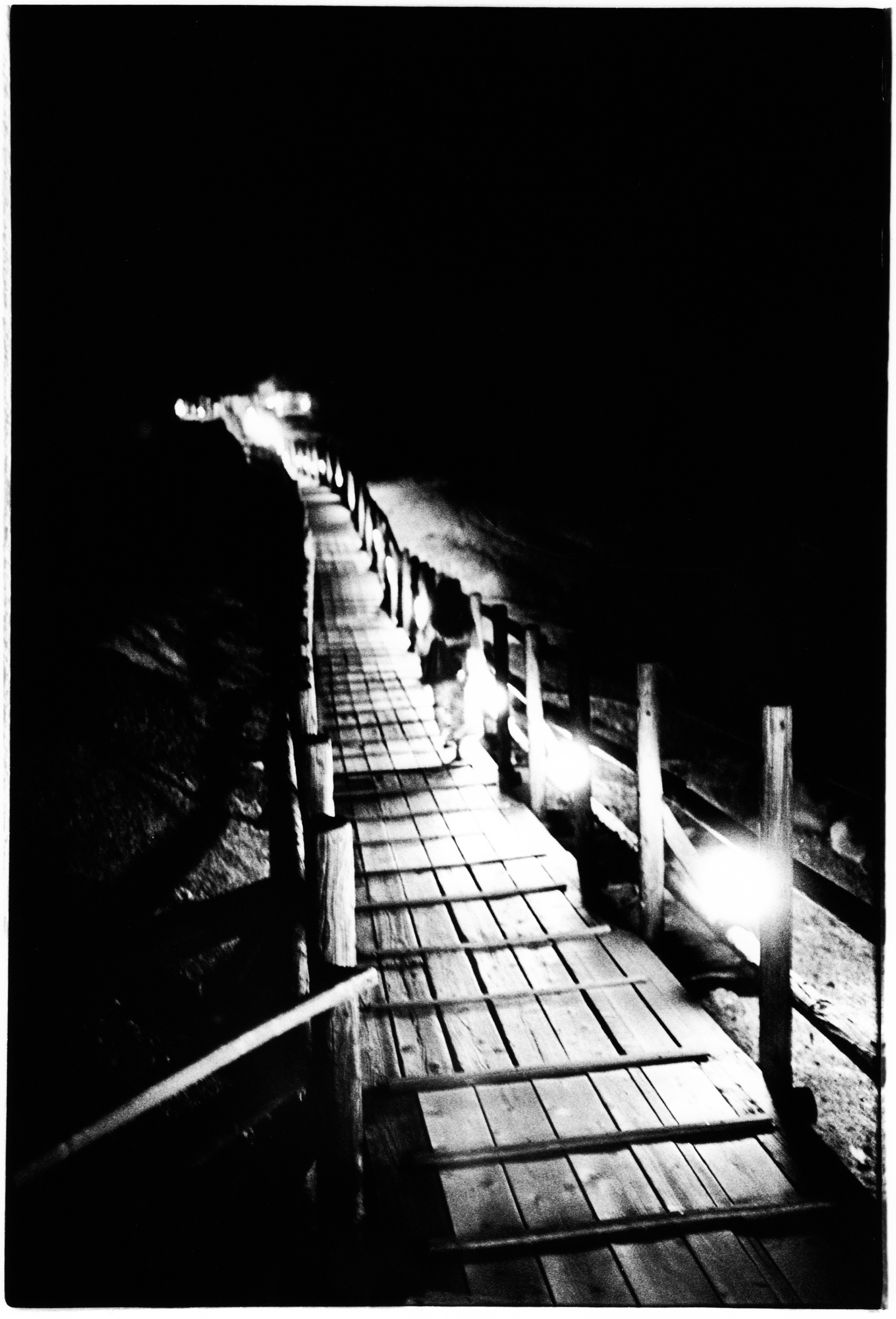 What was my impression of the region? Hokkaido was just too huge to grasp fully. The more ground I tried to cover in my discovery of Hokkaido, the more it seemed to expand and stay out of my reach. It was like playing in the hand of a giant Buddha. I thought I was all over it, but I was merely dancing on the tip of its pinky.

As told to Charlotte Irwin

Linkedin
RELATED ARTICLES
OTHER ARTICLES
Filmmaker Laura Poitras discusses her new documentary which traces the remarkable life of the artist-activist and the impact of her battle against the US opioid crisis.
At his West Bank restaurant, Fadi Kattan established himself as the voice of modern Palestinian cuisine. Now, he’s bringing his innovative, bold flavours to the UK’s capital.
A new podcast is opening up the conversation between trans women and trans amorous men in the hope of building coalitions.
Photographer Sean Maung reflects on documenting a small town in Pennsylvania afflicted by high levels of unemployment, poverty, violence, crime, and addiction.
A recent High Court ruling against the right to wild camp in Dartmoor National Park sparked the largest land protest in history – and campaigners say their fight is not over yet.
A new film from Berghaus traces the story of Adam Raja, who left behind a turbulent upbringing to discover the healing power of climbing.