News & Politics / The Travel Diary: Chucking in life as a teacher in search of a different education 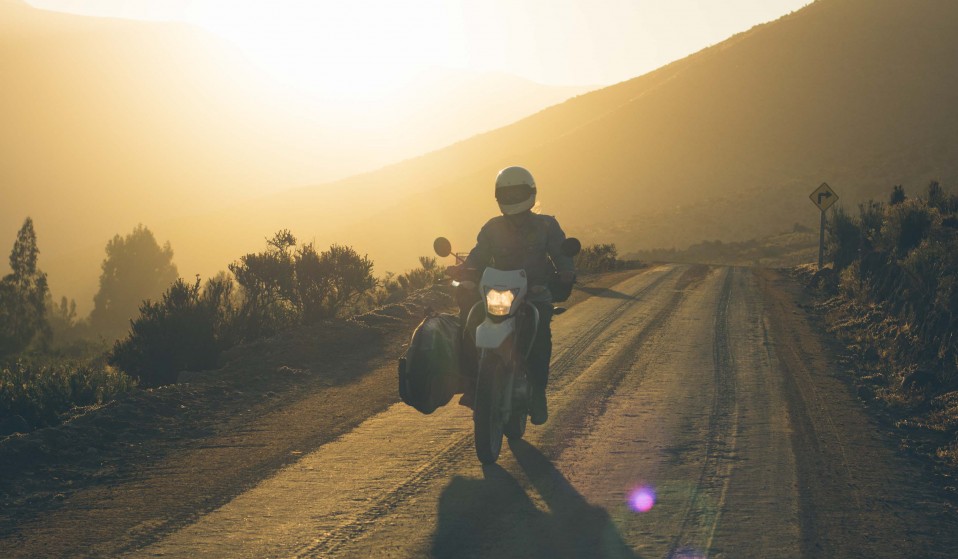 Sometimes in life you feel like you're drowning. Tom Bing decided it was time to swim.

Sometimes in life it can feel like you're drowning - work, bills, relationships can just get too much. Photographer Tom Bing and partner Sally McGee packed in their lives as teachers in northern England to explore South America, the continent of extremes, feeling it was time to sink or swim.

It’s funny, the highs and lows that come with motorcycle travel. Just a couple of days ago I was swinging gently in a hammock, arms pulsing a dull ache from that morning’s marathon session at a glassy Ecuadorian point break. Camping for ten days on a terrace above a tropical beach; riding through perfect jungle roads to catch the tides at the reefs to the north and South of our base. 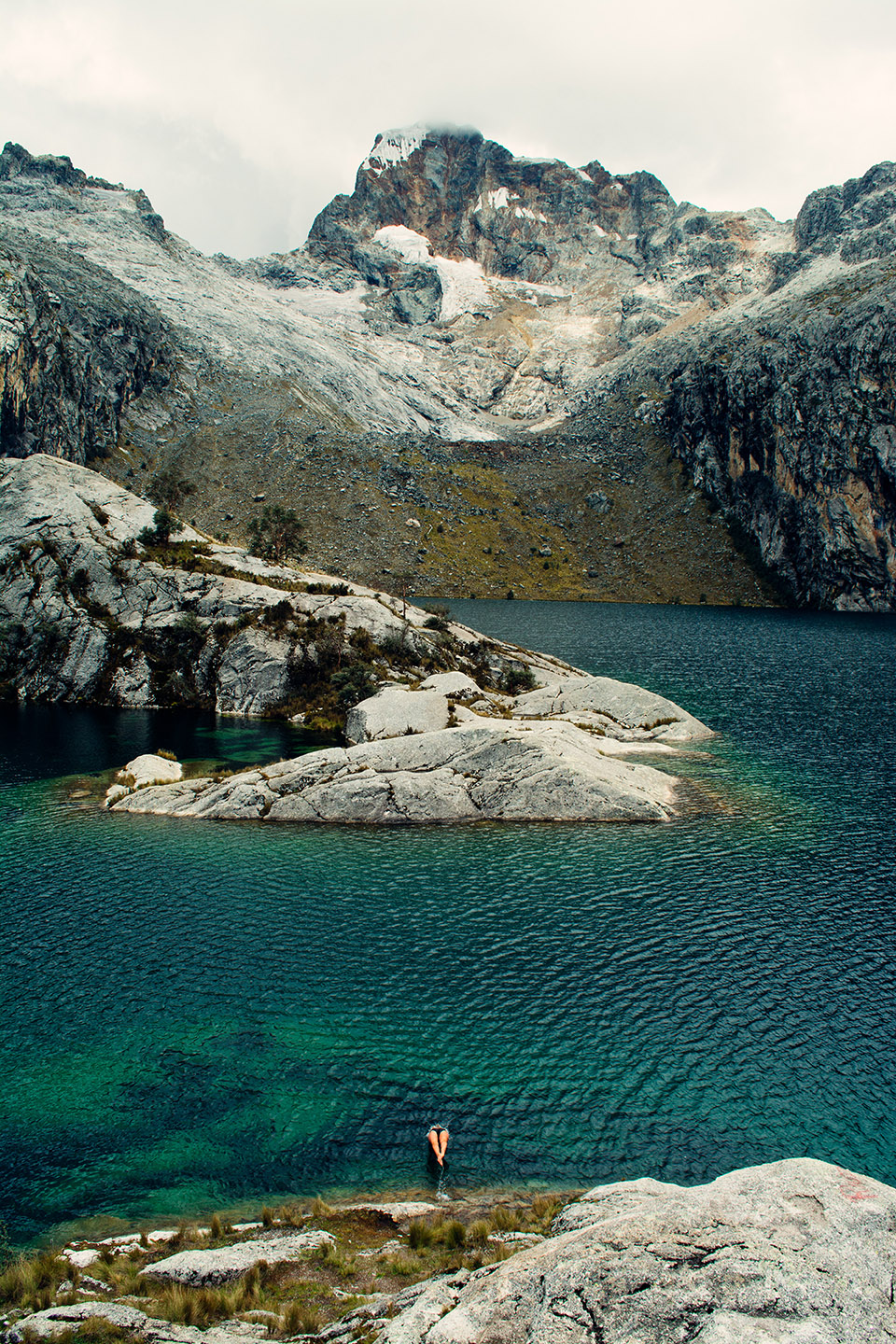 Now we sit in a dive motel on the Colombian border, barely one step above the pay-by-the-hour place we decided against. Everything we own is wet through and we are cold to the bone; we aren’t prepared for another week of traversing the Colombian Andes in the rainy season but we have no choice. But as we ride, wet through, numb and shivering – this is when we think and reflect on what we are doing here. 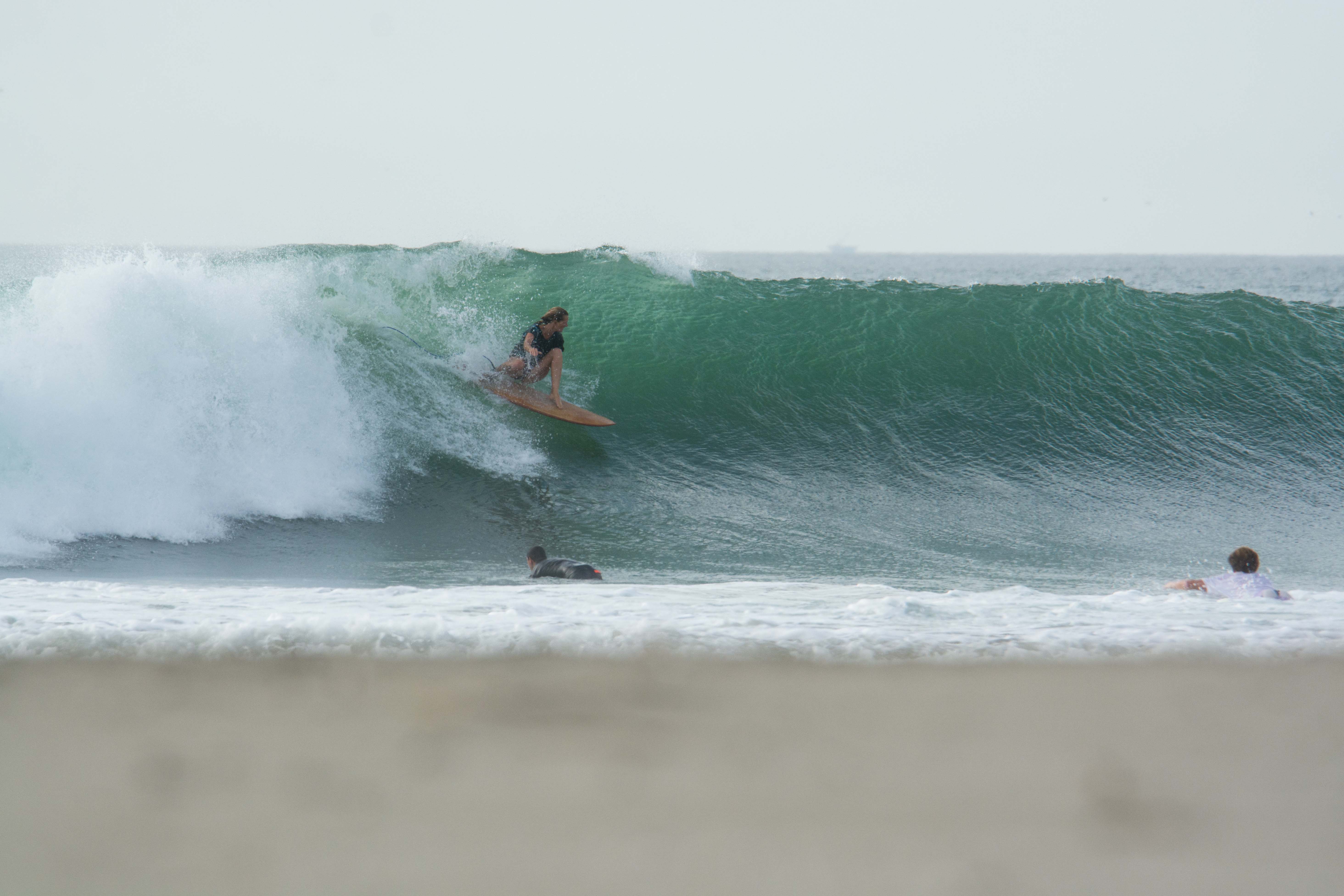 There is a strange feeling that we should relish the cold – the puddles of water in our boots as we shift gears to ride tentatively round another death-defying corner, the wind pushing the cold water back on the seat until we are sat in a freezing puddle, and waterproofs are futile. 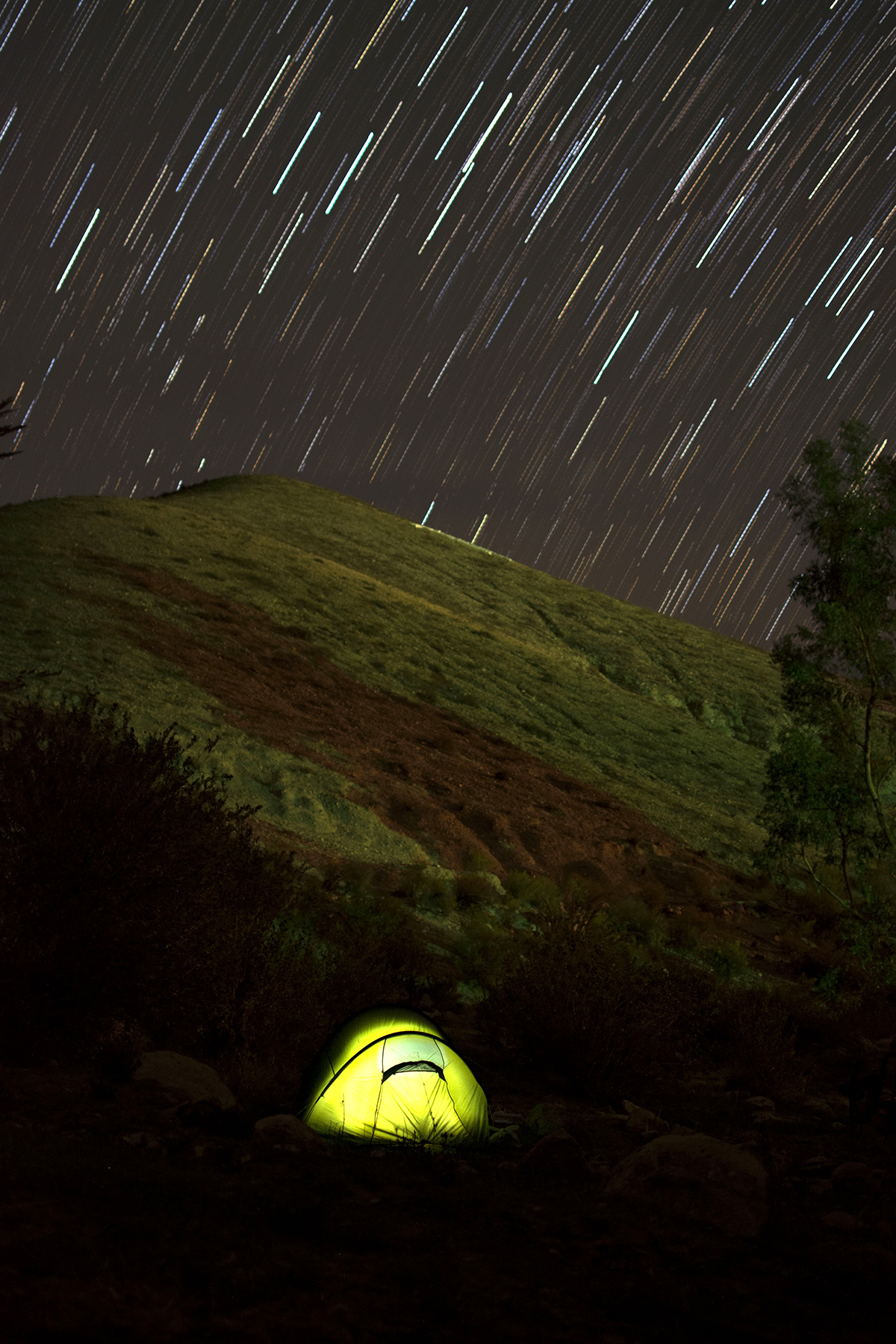 South America is a continent of extremes; we have spent five months riding north through Chile – through the driest desert in the World, up into the endless tundra (and perfect left points) of Peru, diverting into the lush green Andes to swim in lakes at five thousand metres above sea level amongst snow capped mountains and into the jungles, rice paddies and banana plantations of Ecuador. We have another seven months on the road and countless more waves to explore on the way up to California; twelve countries in total and over fifteen thousand miles. 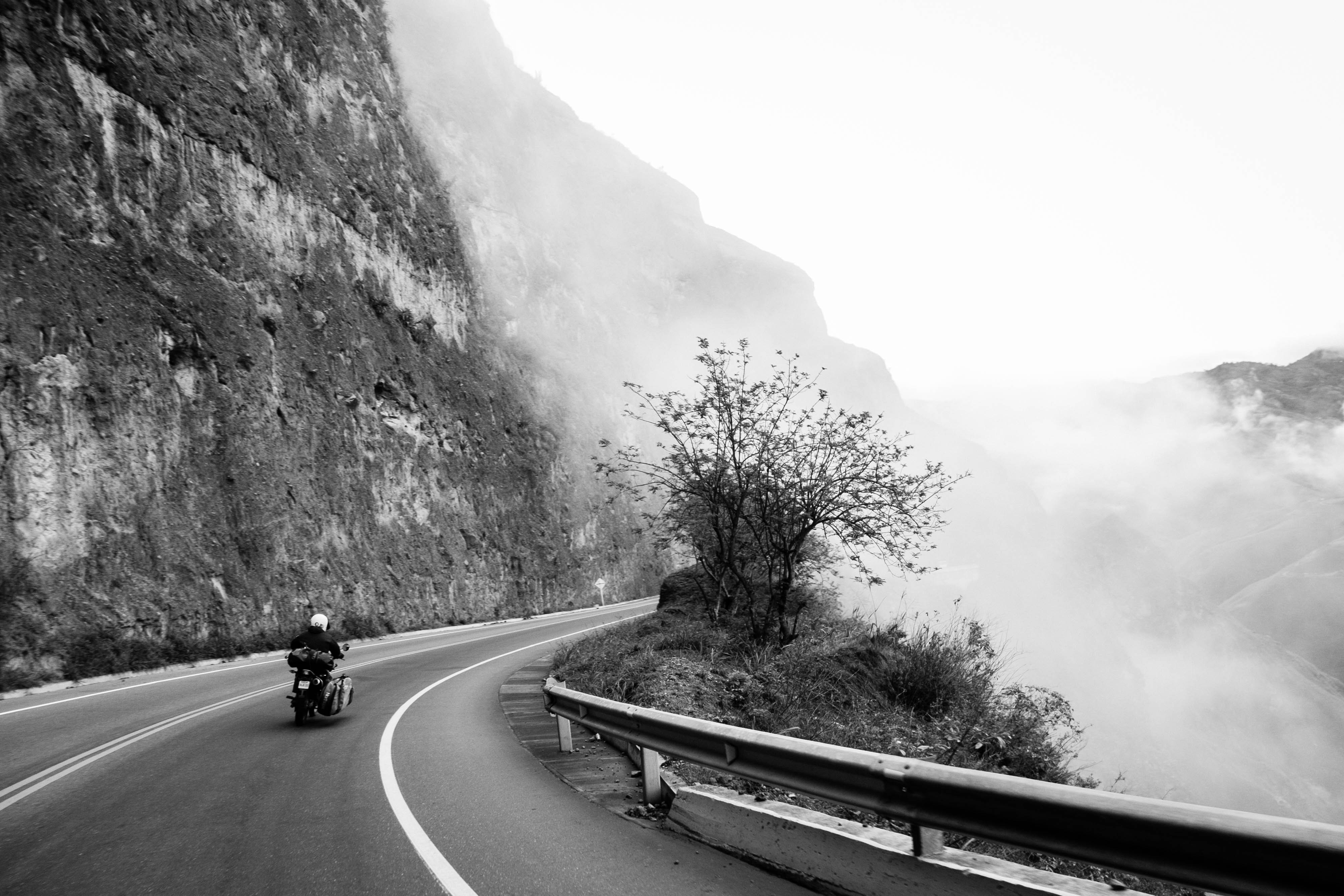 Up until last summer I was working as an art teacher in a secondary school in the UK and I felt like I was drowning. I’d worked so hard to qualify to be a teacher and together with my wife we had created a life for ourselves in the northeast of England. Sadly it wasn’t meant to be, and like so many young people in the teaching profession I was desperate to get out. Not a day goes by without a newspaper article reaffirming my reasons for quitting, but it was one of the hardest decisions that I’ve ever made. 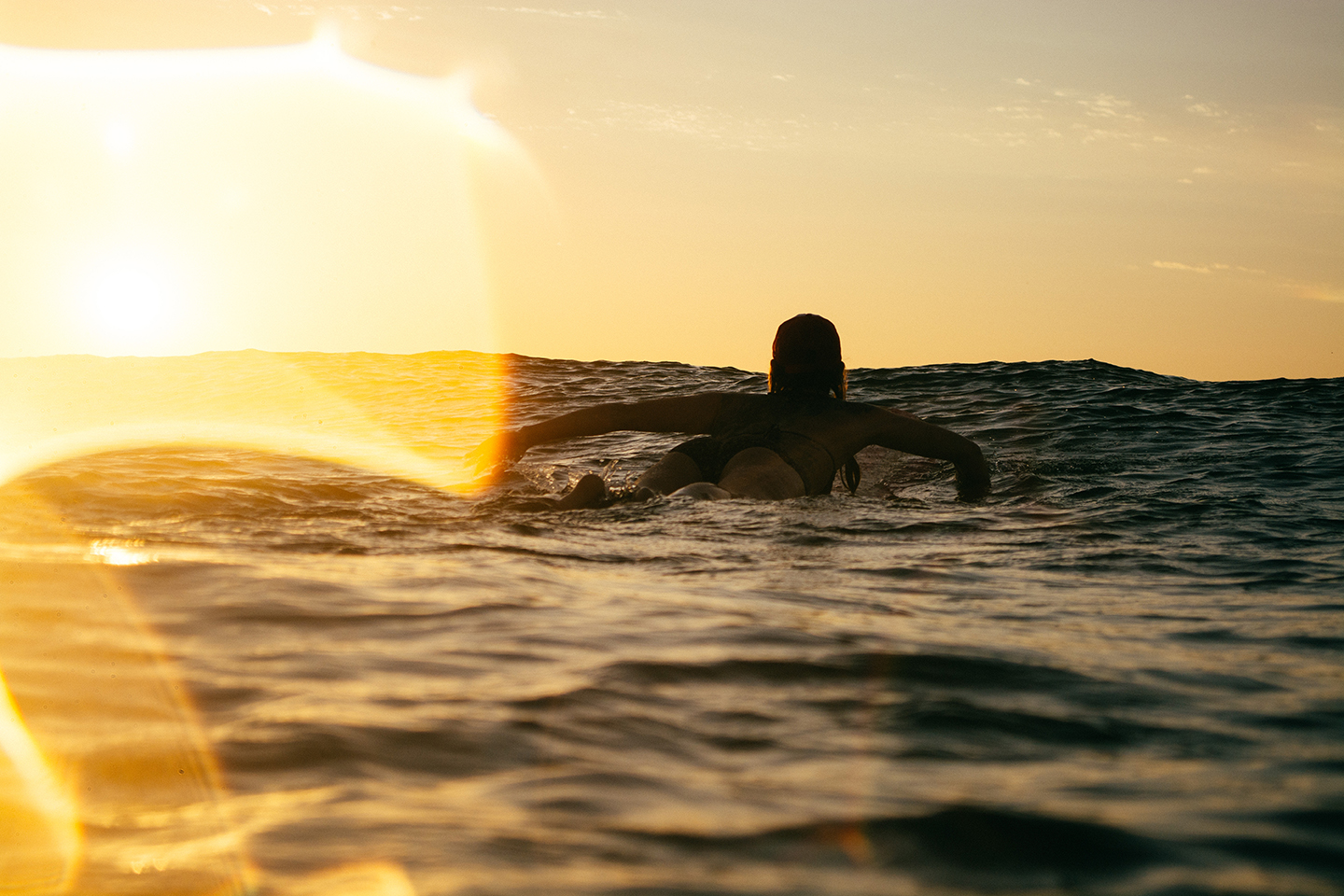 It meant saying goodbye to job security, to my pension, to the increasingly important school holidays. On top of this I felt really ashamed, like I was letting everyone down. Most nights I would wake up in sweats over the guilt of the things I knew I should have done: reports, data entry, planning, marking, creating resources contacting parents let alone being the good teacher I wanted to be, being that inspiration I had needed in school.

Using creativity to educate, inform and empower people was something I felt passionate about and I hoped that by moving into formal eduction I would be able to show young people that creativity opens doors to new worlds. 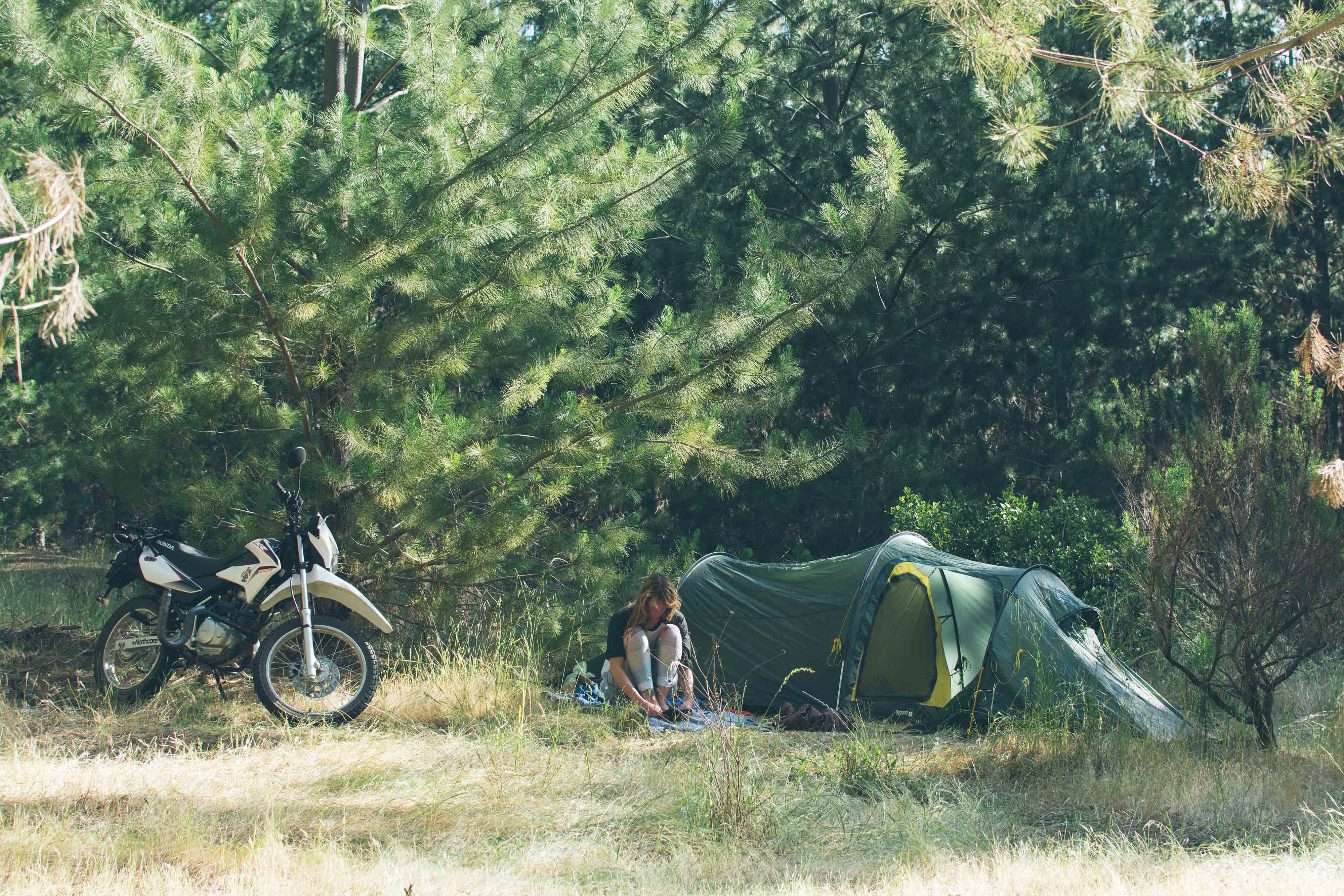 I was offered a job at a progressive school in Northumberland, famous for its radical approach to education; putting innovation and academic research at the heart of its teaching and learning practice. Or so it was advertised. Three years, and three inspections, later it was abundantly clear that the focus had shifted from progressing education and gearing young people up for a successful future to staying afloat in the current education landscape. Targets, targets, targets. 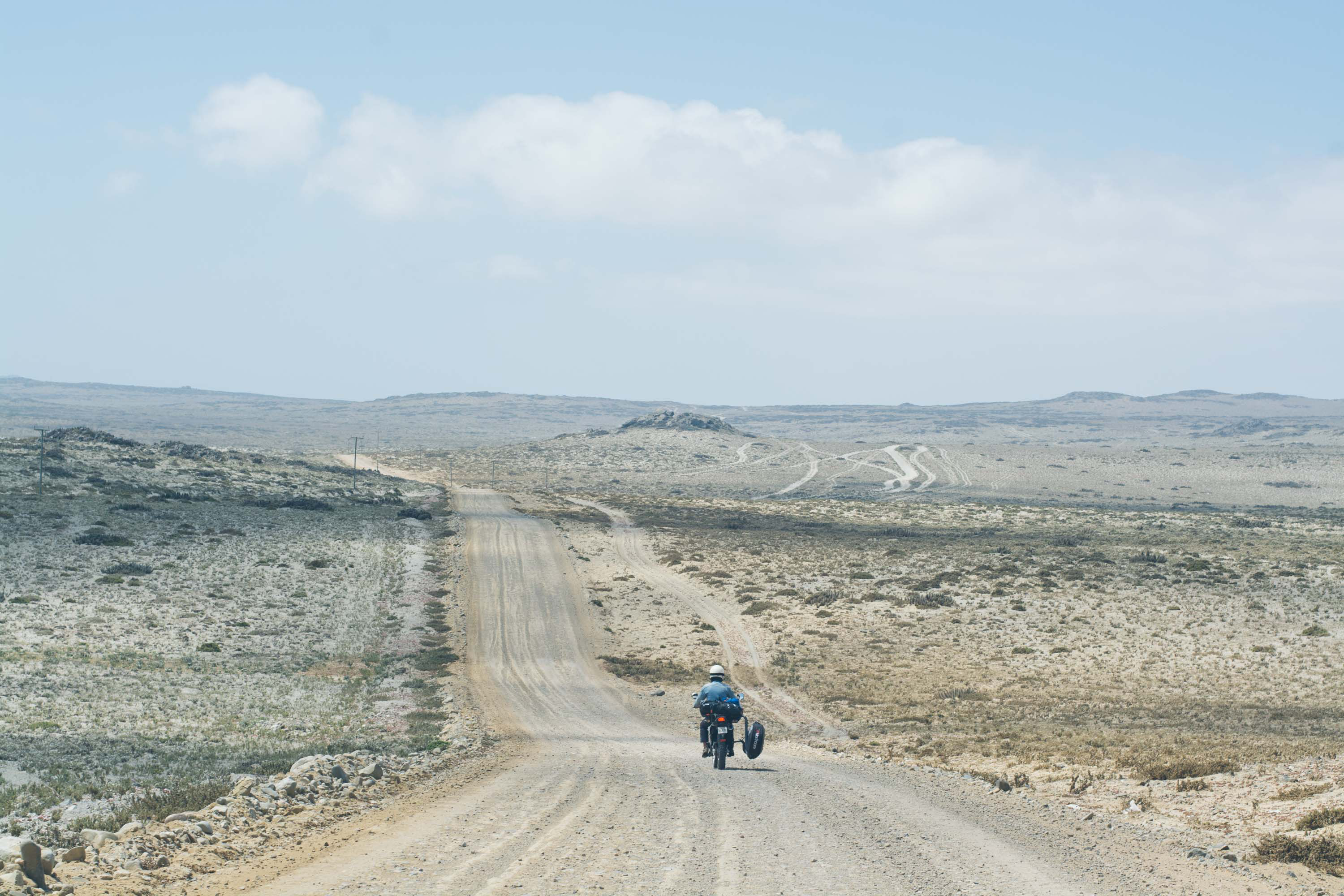 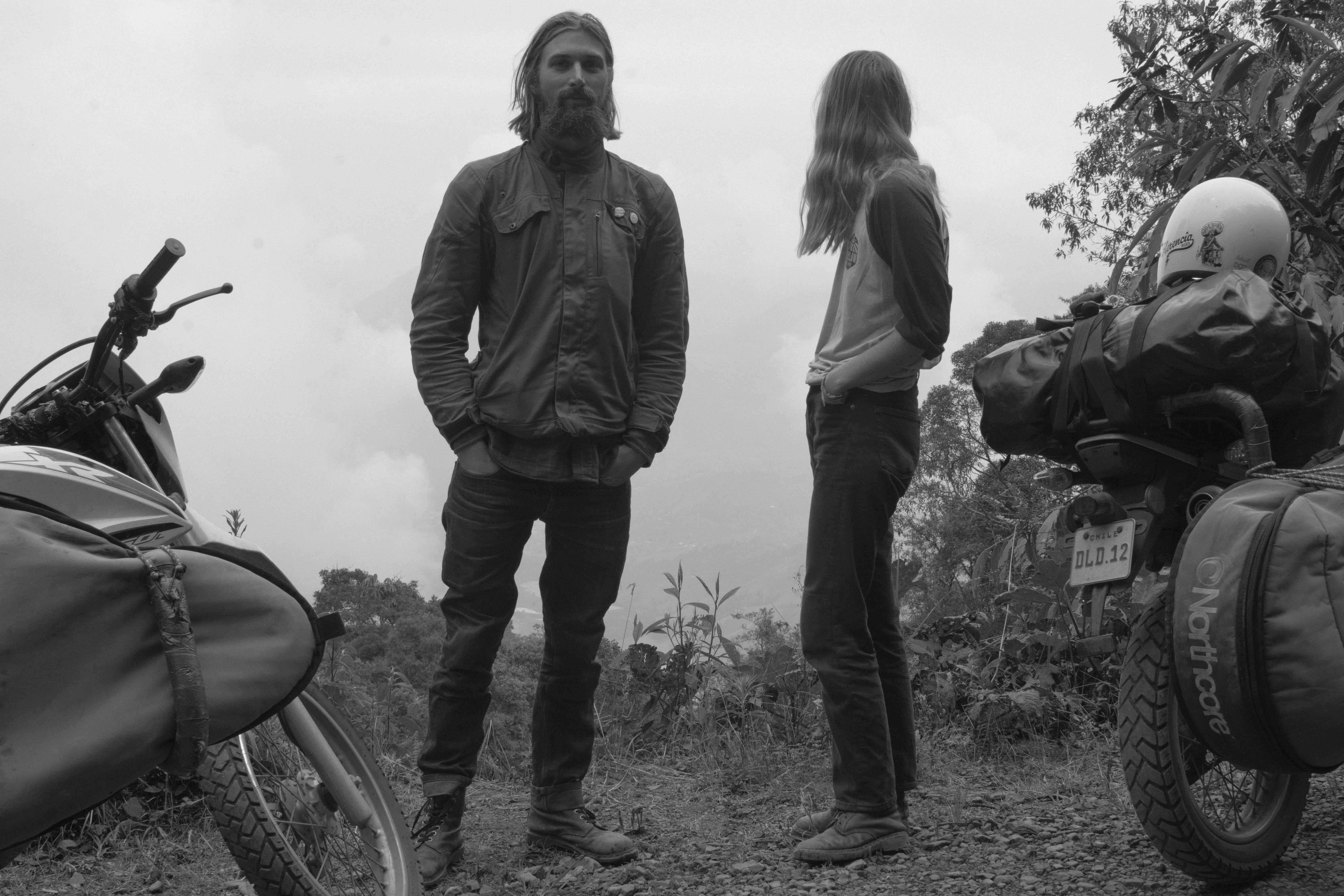 As a photographer I feel an acute and intense sense of jealousy when I see other peoples work. I get a feeling in the pit of my stomach that makes me sick with the doubt that I couldn’t create such beautiful work. Once I had made moves towards leaving the teaching profession, I felt an incredible sense of empowerment; a sense that it could be me taking my camera to new and exciting places. 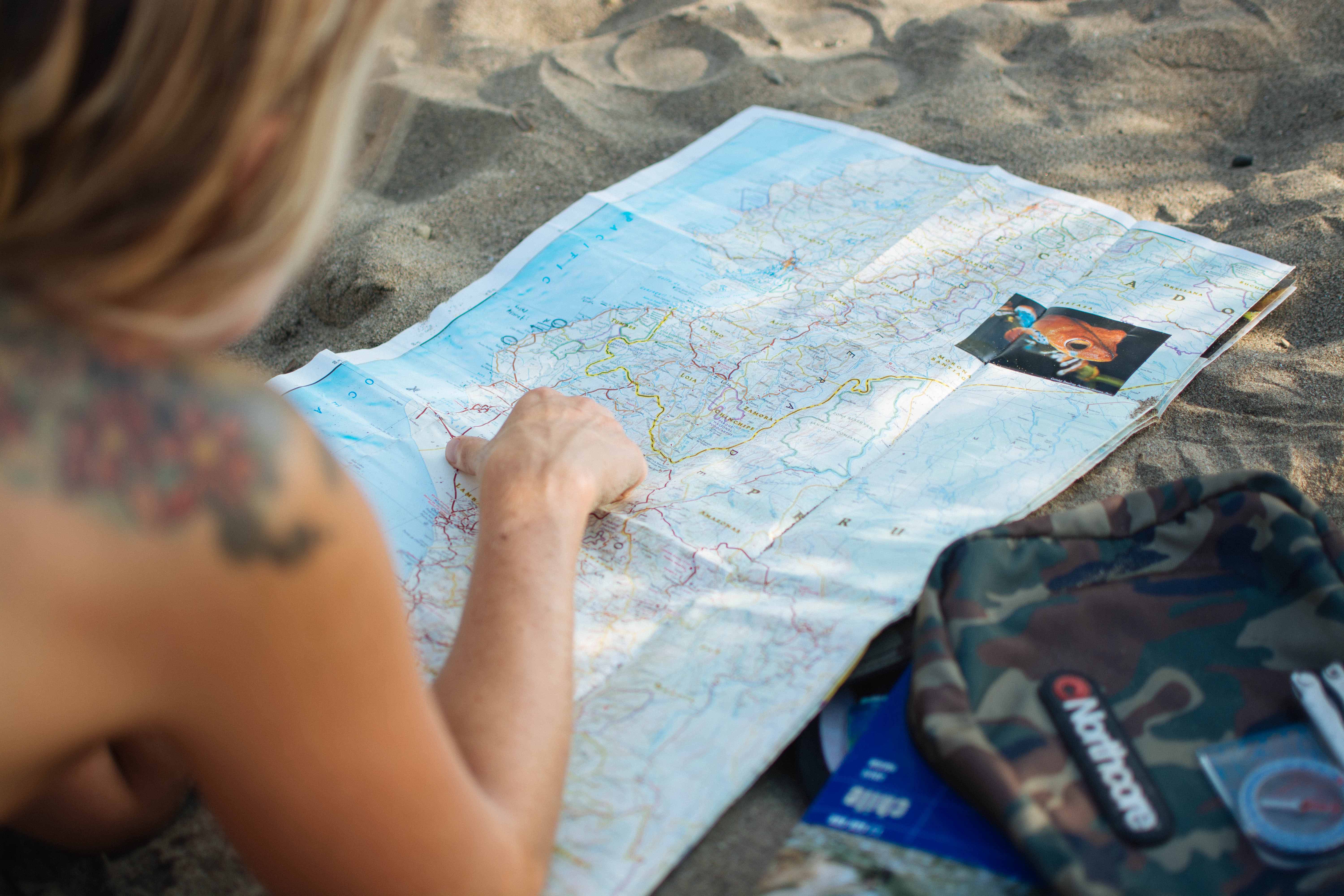 It gave me a new sense of energy in my own work and I knew that it was time to do something that would allow me to create the kind of work that I aspired to. The idea of selling anything of value we owned, renting out our flat and flying to Santiago, Chile with a pretty meagre savings account and a thirst for adventure and waves seemed like a pretty good one. We chose small, single cylinder dirt bikes and bought them new in Chile for less than most people doing similar trips spend on the panniers for their expensive touring bikes. We had surfboard racks fabricated for them and started the journey north. 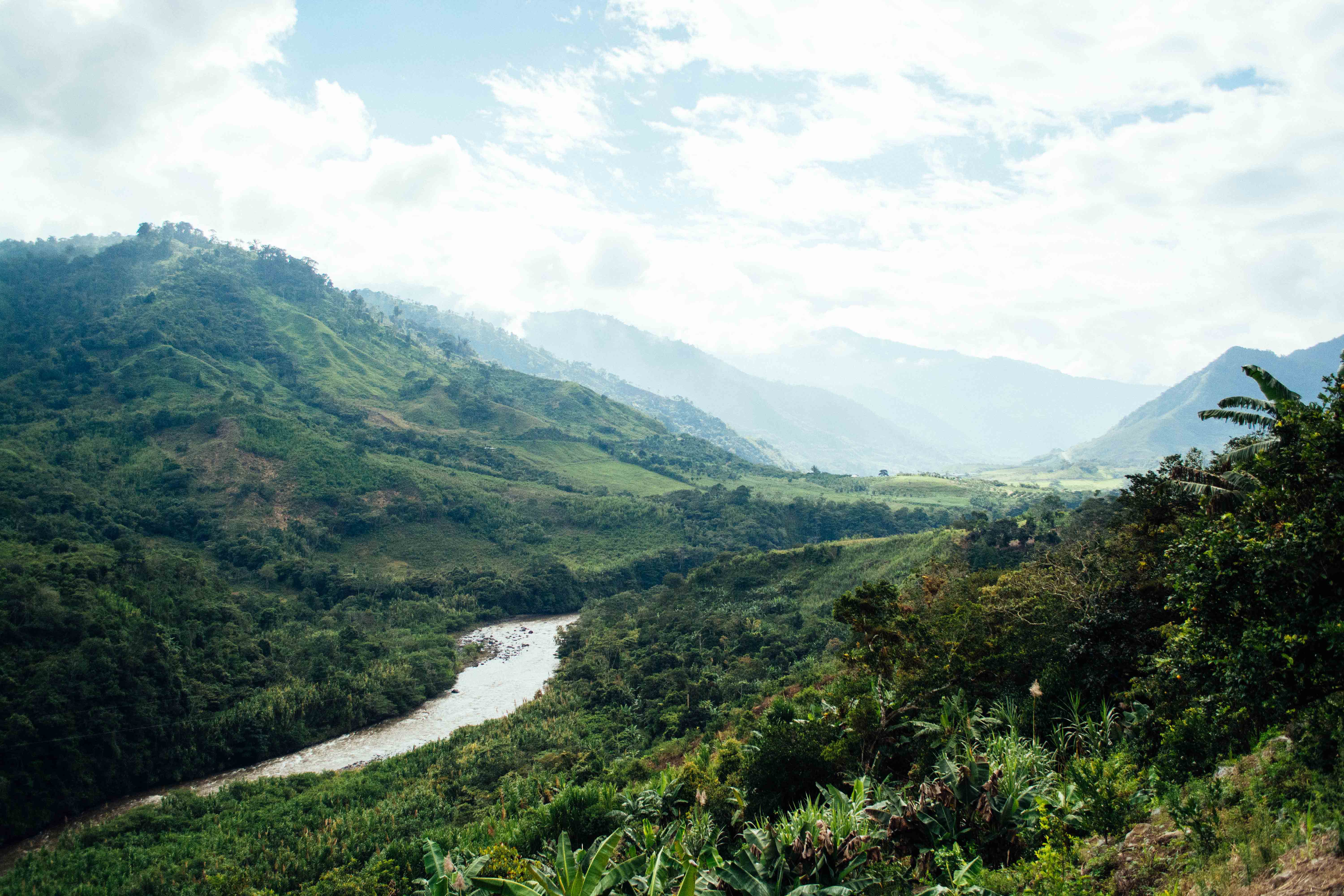 It’s easy to think that positive things happen to people because they are lucky or were in the right place at the right time. That often gives us an excuse not to leave our comfort zone and push ourselves to new places. I don’t want to sound like I’m preaching because believe me I know that it’s not easy. I don’t have the responsibilities that a lot of people who would like to do the same thing have but at the same time we have made difficult sacrifices to get here. 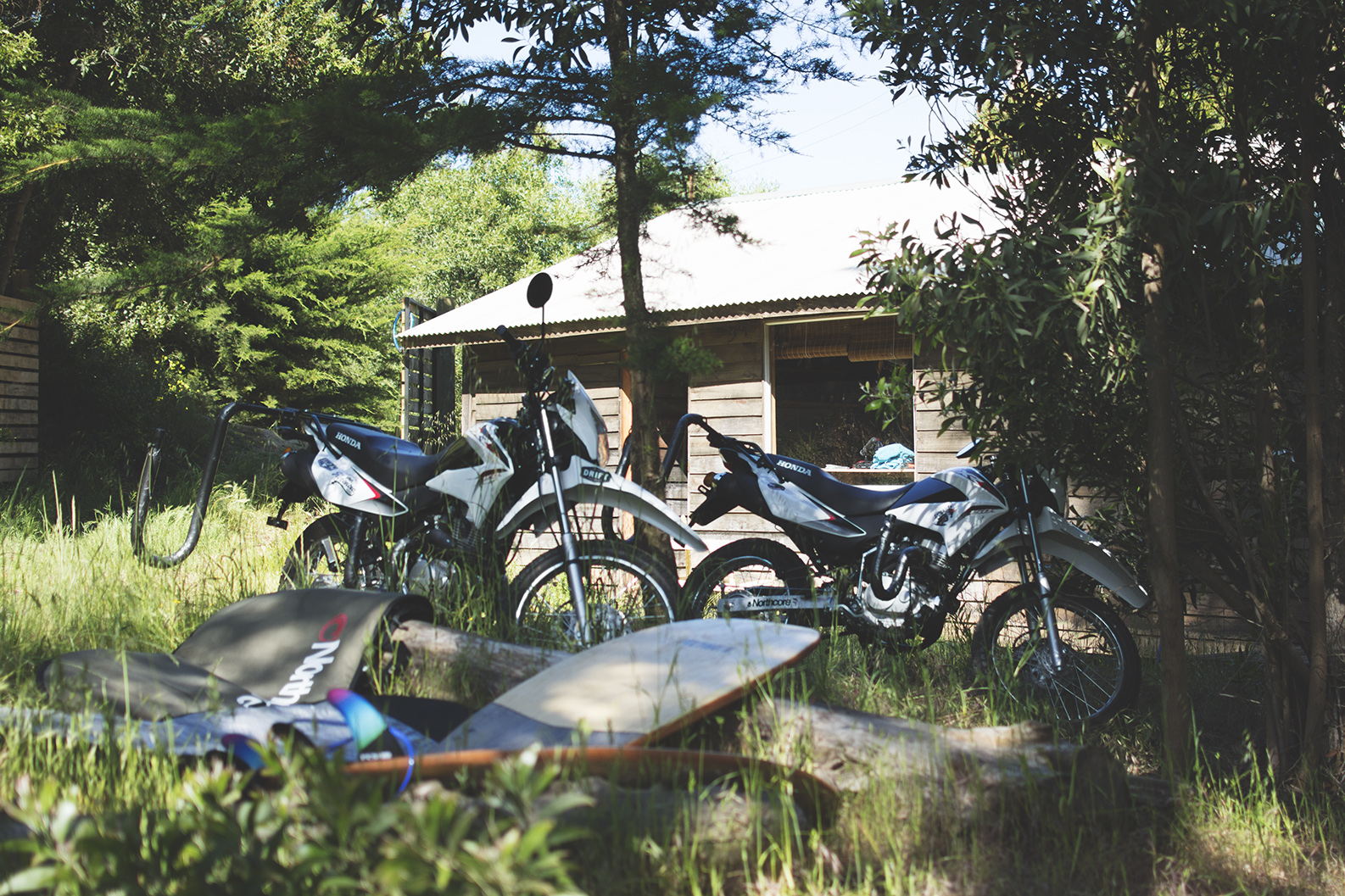 The thought of returning home to nothing is still ever present but I have never felt so inspired as I do right now; living through incredible scenarios, seeing amazing places and waves, discovering new ways of working and being more motivated to progress professionally than I could ever have done with the restrictions of targets and looming inspections in school. It’s worth it, every minute.

Linkedin
RELATED ARTICLES
OTHER ARTICLES
Ahead of the release of their first collaborative album, the producer and rapper talk psychedelics and the state of UK hip hop.
A group of young Palestinians have found temporary freedom in the act of parkour, reimagining wreckage and ruins as a series of high-octane playgrounds.
The two-day long event returned to London this year, showcasing a spectacular parade, steel bands and Caribbean food.
By turning a real-life crisis into daytime television fodder, TV bosses have once again shown themselves to be completely out of touch with audiences.
Sean Maung’s photos are a love letter to the Black and brown communities that make up New York.
Rhiannon Adam spent three months capturing an ageing society wracked by division, isolation, and the aftermath of scandal.