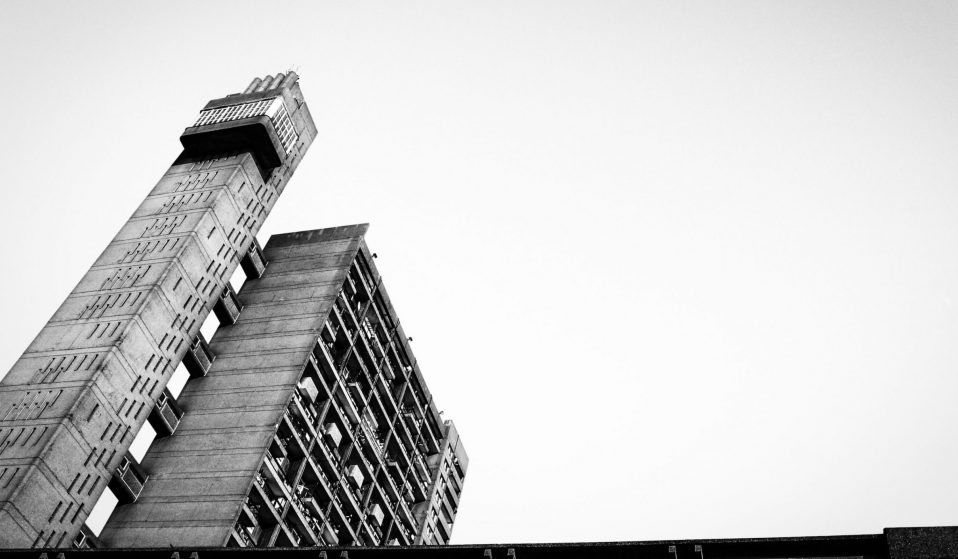 As the brutalist building turns 50, community members are coming together to prevent new threats to the tower and its surrounding area.

As the iconic brutalist building turns 50, community members are banding together to prevent new threats to the tower and its surrounding area.

Earlier this month (9 July), the iconic Trellick Tower celebrated its 50th anniversary with a block party. The Trellick Tower Residents’ Association (RA) arranged various activities for attendees of all ages to partake in: children decorated t-shirts with Trellick-inspired designs, while others attended talks on Trellick’s founding father, Ernő Goldfinger – a Hungarian architect with Marxist dreams. Portobello Radio blasted beats at the base of Trellick on the overgrown lawn while people danced in the hot summer sun. Graffiti artists spread out among the ‘Trellick Hall of Fame’, as the walls are referred to, creating new work to honour the brutalist landmark. The air was filled with the smell of Caribbean and Middle Eastern foods.

At the ball court, attendees could view a photographic exhibition devoted to the structure’s history. SPID, an organisation dedicated to engaging youths on council estates in theatre productions, screened a student-created film project, while the charity Open City offered tours of the building along with glimpses inside residents’ homes.

“Stigmas persist and estates are all too often portrayed in a negative light,” a representative from Open City said. “We hope these guided tours will break down barriers and welcome the public into the local community to see how special it is.”

Over the years, the tower block has established a cult following, making numerous appearances in film and TV. Admirers from around the world make pilgrimages to the symbolic site, homage posts are plastered across social media, and documentary shorts advocate for its preservation. Trellick has come a long way since its completion in 1972, when the British modernist movement built high-rises as quickly as they fell out of fashion. 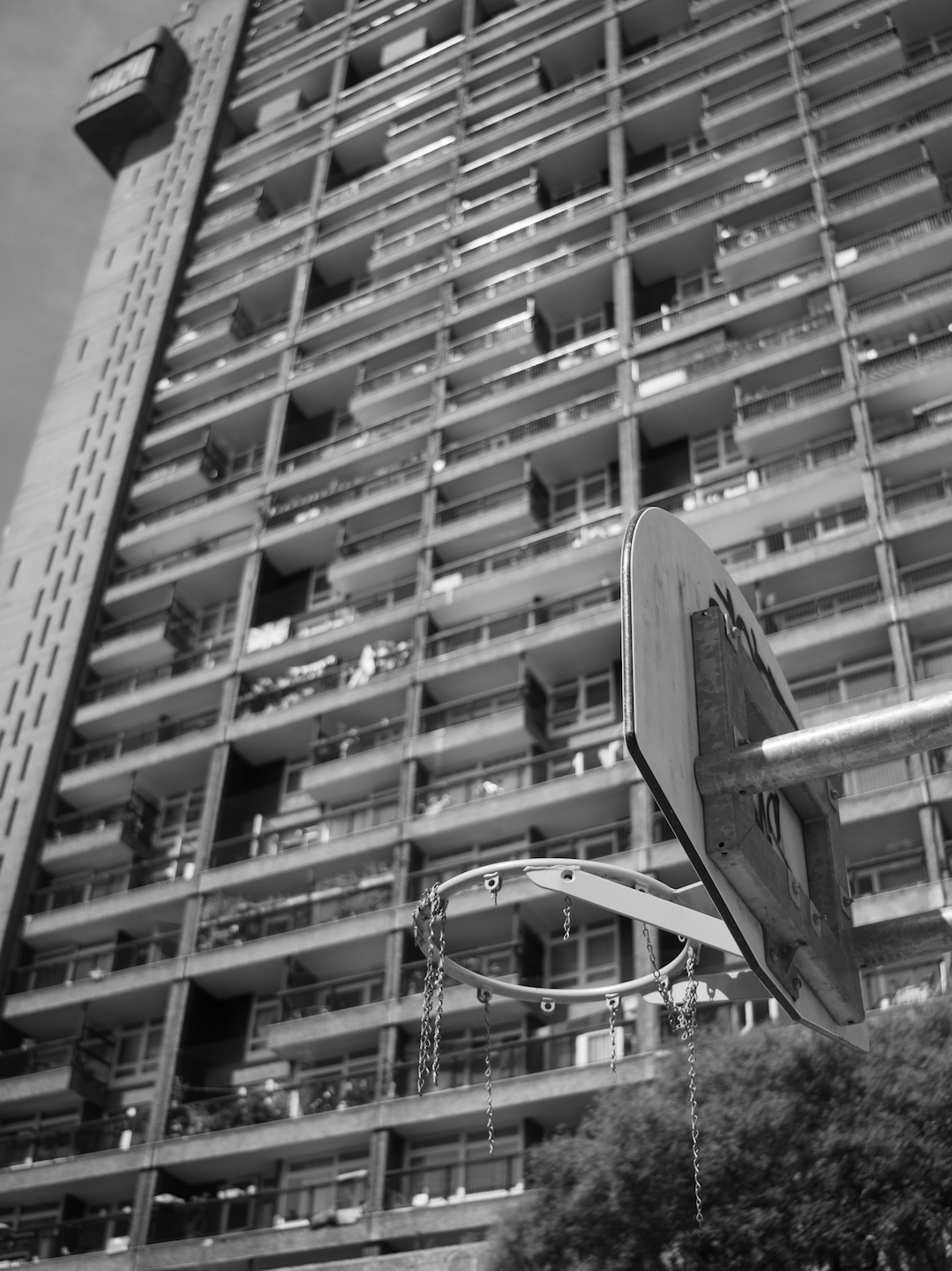 During the final stages of construction on the tower block, government funds dried up. Plans for communal spaces – such as a laundry room and concierge – were scrapped, which left the building with its 217 council flats spread over 31 floors unmanned and subject to growing neglect. The open access allowed crime to ensue, and by the late 1970s, the mass of concrete was dubbed a ‘tower of terror’, as public spaces were notoriously dodgy. Angered residents applied to be rehoused until a group of tenants united to form the RA in the 1980s, and better building management and safety followed thanks to the eventual installation of a front office.

Around the same time, Margaret Thatcher’s ‘Right to Buy’ scheme came into place for council properties, and numerous residents purchased their homes. In recent decades, this ideology has unravelled. Privately owned flats in Trellick, once purchased by original tenants, have returned to the market and sold at a much higher cost, fuelling a wealth gap within a structure that’s been designated as social housing.

Tom Copley, a Labour member who serves as the Deputy Mayor for Housing and Residential Development in London, outlined how the sale of council homes under the ‘Right to Buy’ has gone terribly wrong. “Not only did taxpayers fund the initial building of council homes, they subsidised the substantial discounts offered to tenants and then missed out on the rental income that would have covered the build costs,” said Copley. To make matters worse, a significant portion of sold council homes are offered for rent by private landlords at a higher rate back to councils that are desperately seeking temporary accommodation for homeless households. Copley stated that local authorities “are paying tens of millions per year” as a by-product. If the privatisation of social housing is to continue, then ‘Right to Buy’ schemes must change.

“I think it’s appalling,” said Keith Benton the RA leader. “I’m not opposed to people owning properties in the building; that in itself isn’t the problem. The issue is replacing social housing, when these properties become pure investment and create a social cleansing of the neighbourhood as a result.” 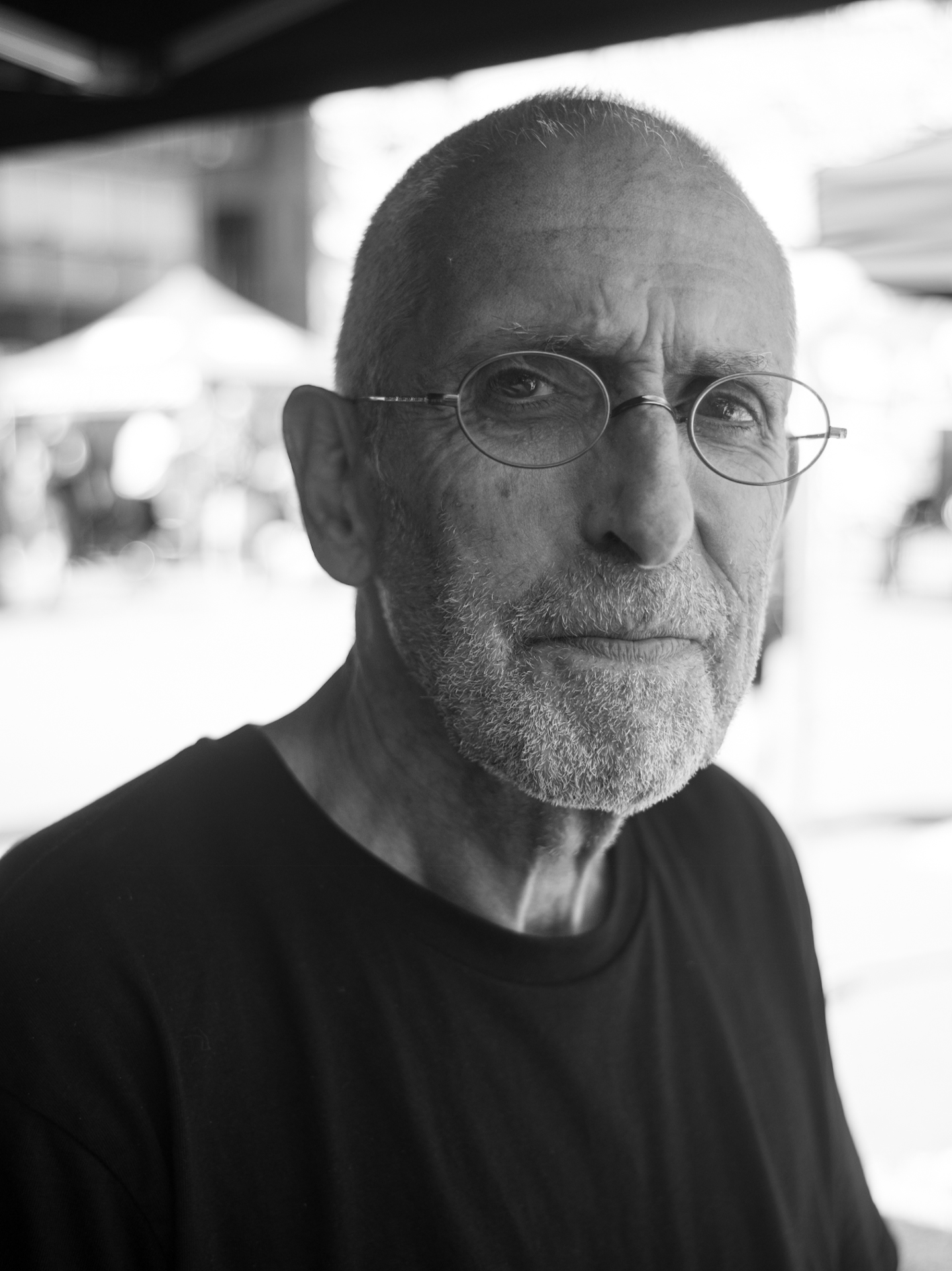 Now, nearly 40 years after the Trellick Tower RA was established, the committee once again must fight for something that they were rightfully promised: their home. Last year, the local council of the Royal Borough of Kensington and Chelsea (RBKC) decided that additional social housing would be built on the grounds of the Cheltenham estate, where Trellick stands. This would result in the demolition of walkways, the famed graffiti walls, and ball court, among other crucial aspects to Trellick’s grounds. Despite Trellick being listed as a Grade II building, which provides extra legal protection within the planning system due to special architectural and historic interest, it hasn’t stopped the council from pushing forward a controversial agenda.

In response to this proposal, residents – rightly outraged – banded together to launch a campaign to fight the plans. The Save Trellick campaign group stated that the development would “effectively cut the Estate in two, dividing a vibrant and diverse community, and undermining the architectural setting”. The online petition, signed by more than 3,000 people, emphasised that this would equate to the “erosion of local colour and historic culture of the area”.

Even though the RBKC is one of the wealthiest boroughs in the UK, the neighbourhood in which Trellick stands, North Kensington, is one of the most disadvantaged. The surrounding area has gentrified at rapid speed, yet those in social housing are continuously subjected to dwindling funds and mismanagement. As stated on the campaign’s webpage: “Local residents are acutely aware of the need for more social housing (many of those on the waiting list are family or friends). Most of us support RBKC’s drive to build additional homes, but the Council’s current plans would put most of the new homes in the north of the borough, widening existing inequalities and stretching already limited resources to breaking point.” 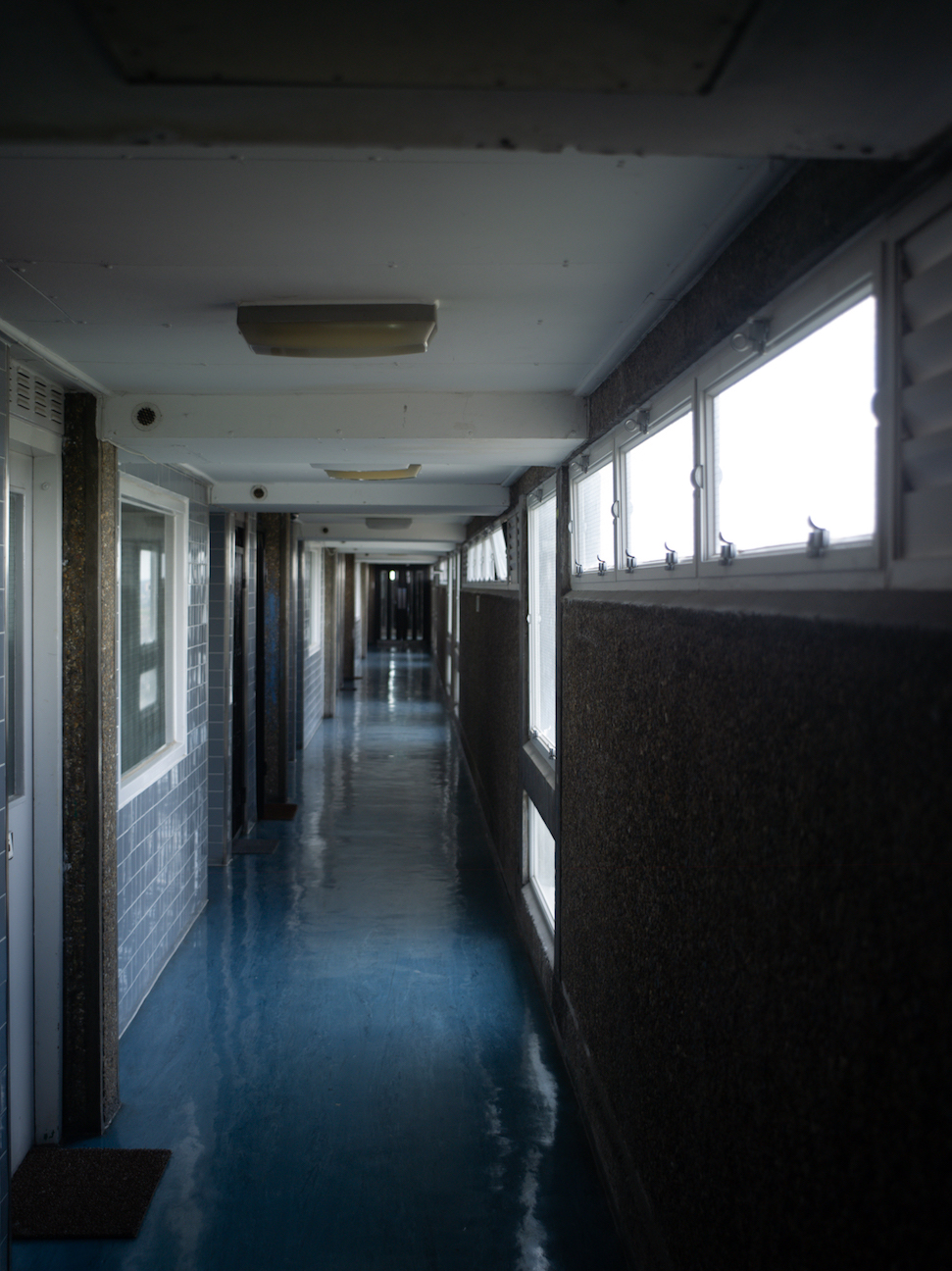 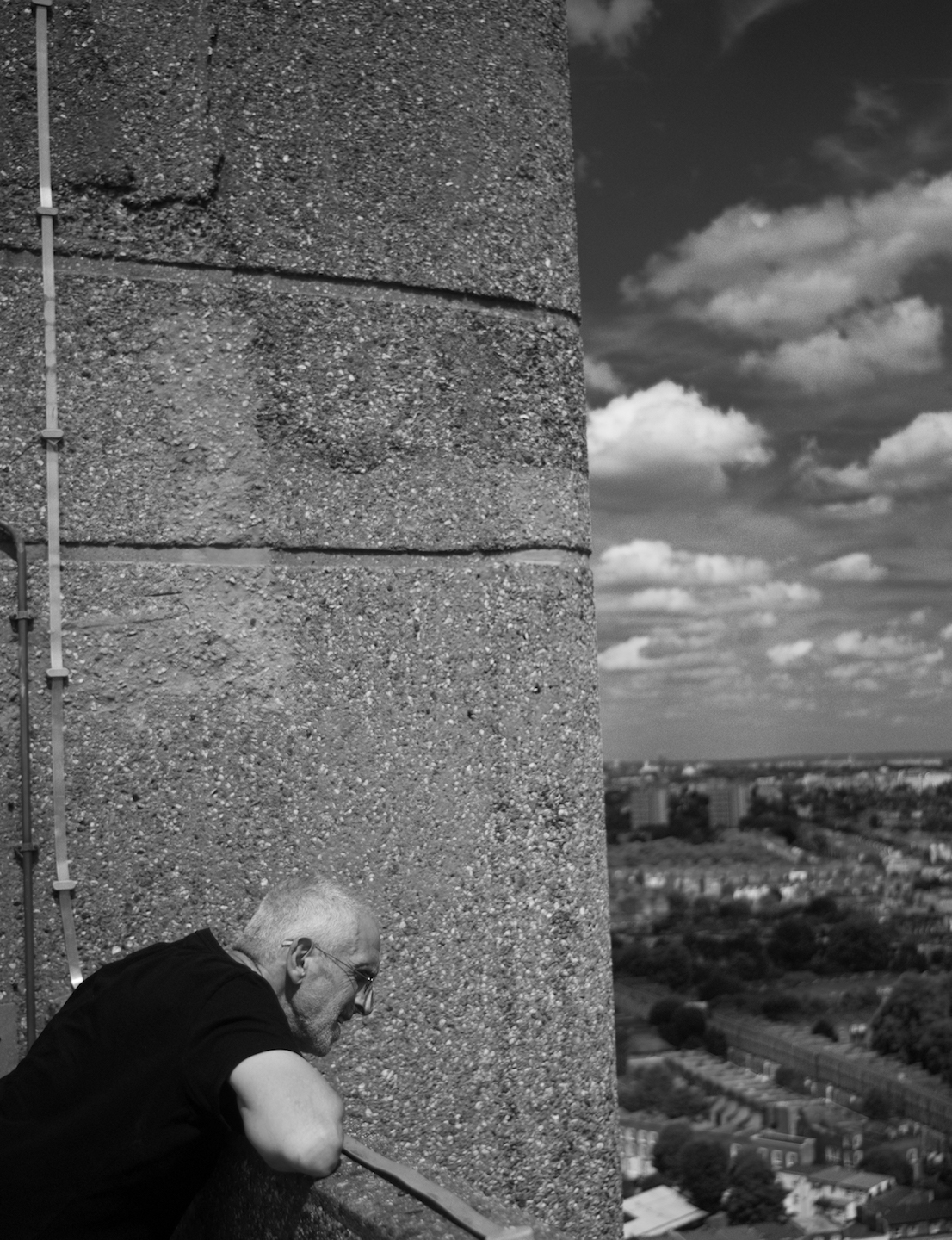 Keith Benton on the roof of Trellick Tower

Initially, the residents’ unity proved successful and the council released a statement in December 2021 claiming that the agenda would be halted. However, since that time, the council has said that additional social housing will be built once an agreement is reached. Residents have urged for transparency and accountability from the RBKC. According to Benton, what residents truly want is “a consultative co-design, where funds are allocated so that the RA can hire an independent company to come aboard and create a proposal that we’re all aligned with, compared to what the council has offered us. The current plans do nothing for people who actually live here.” While the council seems determined to proceed against residents’ wishes, the RA hopes that any development can be done in collaboration rather than by control.

By carrying out an independent review, the RA can put the plans out to competition and see what architects (from around the world) come up with, and residents could then vote on the best design. But at present, the situation is in limbo. The RA has not been given a timeline for the matter, nor received word as to when the council’s next update will be. “We should be working on this now,” says Benton, “not later down the line when it’d be rushed, and plans will be getting pushed through without proper review.

If the government’s design of social housing has taught us anything in this country, it’s that the callous class system prevails, and profits are continually but before people. Trellick tenants need only look from their balconies or out the hallway windows towards Grenfell Tower, where 72 people lost their lives. Basic amenities in already crowded accommodations are scarce, cheap building supplies are chosen over safer ones, and corners are repeatedly cut during construction or routine maintenance repairs. 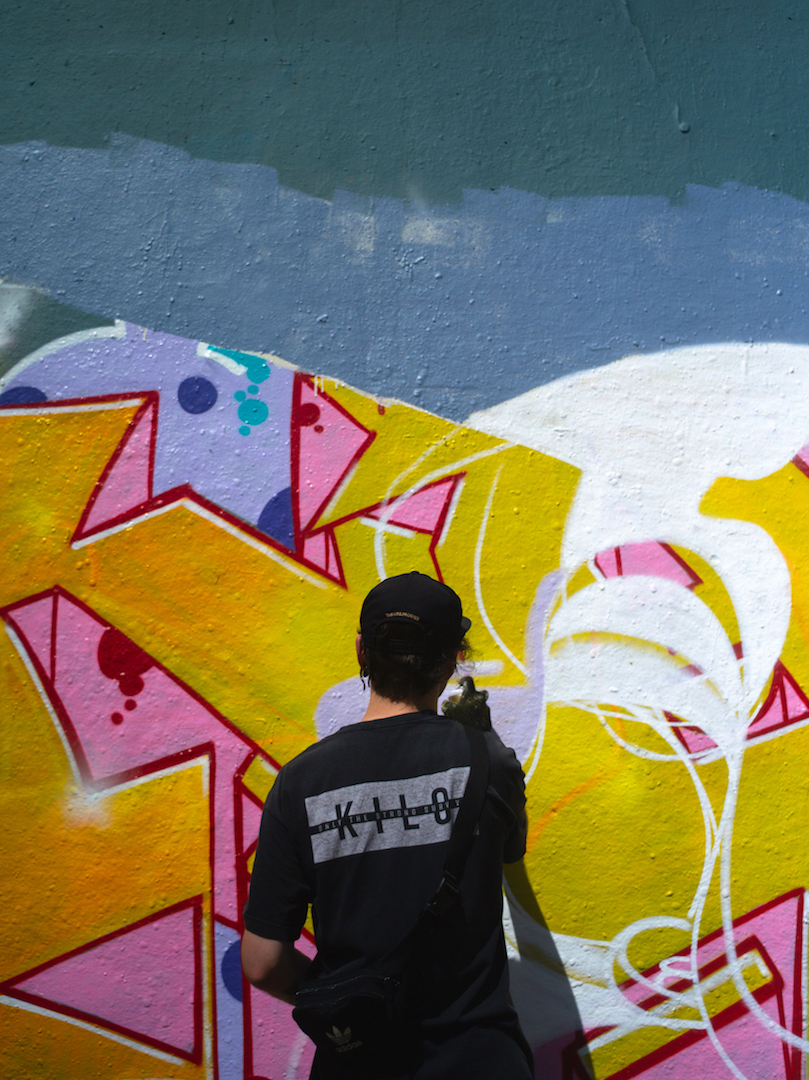 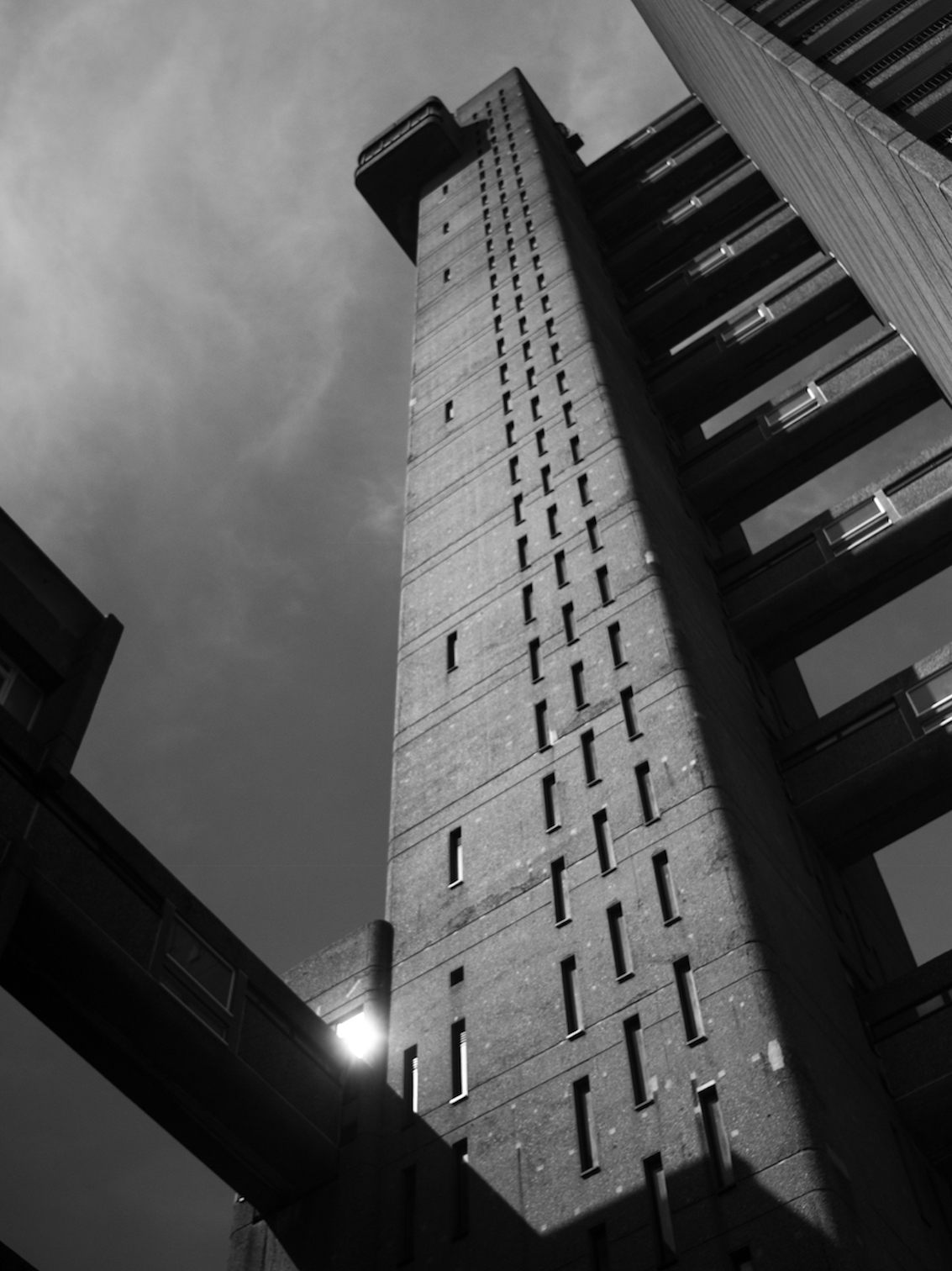 Despite residents’ love for Trellick, there have been longstanding complaints to the council regarding living conditions. “There’s a lot of stuff that needs to be done and of course the Council is struggling with costs,” says Benton. “When work is carried out it’s totally inadequate.” Another resident, that wished to remain anonymous, expanded on some of these issues, such as the building’s trash chutes and faulty plumbing which have persisted for years. It’s no surprise that residents are increasingly concerned about potential risks to Trellick while such a large-scale operation is carried out by a borough with a disgraceful track record.

What’s clear is that the residents at Trellick should not be tasked with the job of finding solutions to Britain’s housing emergency. “We don’t want high-density living. We want to live in a place where people can enjoy the space around Trellick,” says Benton. “Unless the RBKC listens to people on the ground, all they’re doing is checking boxes and filling in numbers to meet their quotas rather than the community’s needs.”

Linkedin
RELATED ARTICLES
OTHER ARTICLES
Photographer Bud Glick recounts documenting everyday life in the area, and what it taught him about the Chinese immigrant experience.
A series of photos by the late Jerry Dantzic taken in 1957 show a tender side to the iconic Jazz musician.
To mark the premiere of his new documentary on surfing giant Gerry Lopez, the filmmaker and former pro skateboarder sits down to share his unique brand of wisdom.
Yesterday, rail workers came together to protest poor pay, working conditions and job cuts in their latest round of strikes.
In the latest instalment of Photographers in Conversation, the creator talks portraiture, platforms and taking inspiration from Little Simz.
Last week, Tower Hamlets council removed its nudity-restricting licensing conditions in a huge win for London’s kink community.