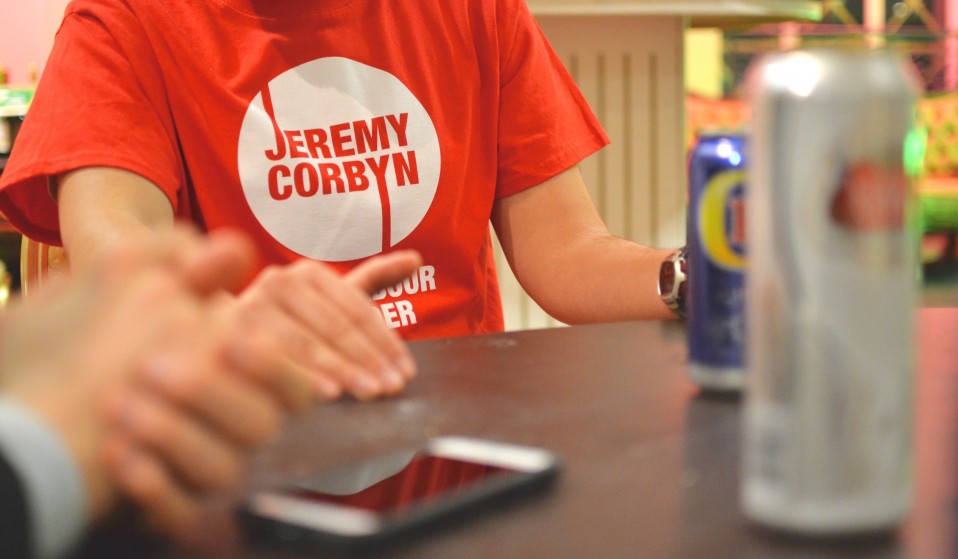 Deputy Labour leader Tom Watson has argued today that young Labour members are being strong armed into supporting Jeremy Corbyn and his policies by older party members. As a young person who joined Labour to support left-wing policies, it's a patronising assessment that's far from correct.

Deputy Labour leader Tom Watson has argued today that young Labour members are being strong armed into supporting Jeremy Corbyn and his policies by older party members. As a young person who joined Labour to support left-wing policies, it's a patronising assessment that's far from correct.

Tom Watson’s assessment that young people like me are blindly supporting Jeremy Corbyn’s policies because we’re being manipulated is patronising, and shows just how out of touch he is with the views of young people in 2016.

In an interview with the Guardian published today, the long-serving MP and Deputy Leader of the Labour Party set out his deep-rooted fear that members of the Labour Party, especially young, naive new members just like me are having our “young arms” twisted by “old hands” into supporting radical, progressive policies of Jeremy Corbyn, and the political outlook he stands for.

His concerns might well be appreciated – that is, if they weren’t both hugely patronising and completely misguided. It’s hard to know where to start.

Watson isn’t the first to claim that the Corbyn ascendancy has been facilitated by a well-planned insurgency by the UK’s organised hard-left parties and factions with military precision. Now, anyone who knows the British hard left knows these groups can barely agree on what to call their newspapers or which acronyms to use to shorten the names of the groups you’ve probably not even heard of, yet the likes of Watson are set on peddling the idea that they’ve managed to take over the UK’s largest political party in one fell swoop.

These hot takes also imply there are hundreds of thousands of Trotskyist sleeper-cells who’ve been sitting quietly waiting across the United Kingdom, primed for this very moment. The Socialist Workers Party (SWP), undoubtedly the largest of these supposed entryist groups, guards its membership numbers closely, but even a high estimate of five thousand paid up punters accounts for less than 1% of current Labour membership, and that’s if every one of them had joined up already.

By Watson’s logic, the younger people in the hundreds of thousands of new Labour members joined up excitedly desperate to support his preferred candidate Owen Smith, and in just a matter of weeks have been brainwashed by non-existent militants. It’s an embarrassing analysis, remnant of the Cold-War red scare and, frankly, it’s just not true.

On both sides of the Atlantic, people, especially those who are younger like me, are desperate for a radical alternative: it’s what Bernie Sanders and Jeremy Corbyn appear to represent, despite their years. We’ve grown up knowing we’re the first generation set to be worse off than our parents in centuries, with no political party or figure with any chance of taking power offering any sense of hope.

It’s hard to pinpoint exactly where this comes from although, in short, the social contract our parents were offered – study and work so you’ll end up with a job, a home and some sort of retirement – no longer looks feasible.

Of course, that reality was dependant on class – a trajectory of school, factory work and a terraced house in a quiet Northumberland town is vastly different from a young middle-class upstart intent on pursuing a career in law from their own London home. Either way, the promise was there. But in 2016, it’s something few (if any of us) can look forward to.

We’ll have no mortgage to tie us down, a lifetime of student debt and sky high rents is no opiate for the masses.

That’s not to say that the political outlooks so many of us subscribe to are purely driven from a self-interested desire to clamber onto the housing ladder and secure something remotely resembling a secure source of income. We’ve grown up, unlike anyone before us, with an understanding of the inequality the permeates this country and beyond.

I often can’t help but feel that despite the narcissistic and selfish brush that us millennials are so often tarnished with, we’re yet to truly understand what it means to live out your formative years online.

No longer do we rely on Bob Geldof to show us what famine looks like in rural East Africa, or a BBC correspondent to stand on a hotel balcony roughly describing the horrors of a foreign war. Instead we read the blogs from young Ethiopians describing their struggles, we watched videos shot on smartphones that showed us the horrific impact of the ill-thought out Iraq War. It’s the very same social media that Bernie Sanders and team Corbyn are harnessing.

It’s often said that young people start off radical, naive in their understanding of the world, well-intentioned yet wholly misguided when it comes to politics. It’s an argument I’ll never accept. Sure, people’s political outlooks change: just look at Jack Straw and Peter Mandelson – both were fully paid-up Communists in their youth but are now well to the right of the Labour Party.

Sometimes it’s the corrupting nature of power or capital. For others, it’s simply a change of heart. More often than not, however, it’s because we haven’t been offered an alternative for years and people become jaded, frustrated and lose faith. Suddenly that’s changing.

More than anything, though, Tom Watson’s comments just don’t stack up with the reality of who’s supporting Corbyn. Head along to a rally, or look at the statistics, and it’s not just 14-year-olds who are flocking to show Jeremy their support.

I share some of the concerns and criticisms that people have when it comes to Jeremy Corbyn: I worry about his strategy; I don’t think his messages are always clear or to the point. But the likes of Tom Watson, when they say us young people are too thick to think for ourselves, are doing themselves and us a disservice. I’m not interested in the personal, in taking swipes at those with whom I don’t see eye to eye.

It’s time those intent on “saving Labour” start making their case on political issues. Just calling young people like me stupid won’t stand them a chance.

Linkedin
RELATED ARTICLES
OTHER ARTICLES
The musician, DJ and founder of Monika Enterprise reflects on a career defined by revolution and rule-breaking.
From Brooklyn gang members, to Welsh miners and the residents of East Harlem, Bruce Davidson used his camera to shine a light on the most marginalised.
Photographer Melanie Nissen recalls capturing the characters, fashions and rarefied chaos of a rapidly-expanding set of punk bands who helped to redefine the genre.
In 1984, Martin Shakeshaft set out to document the miner’s strike as it really happened, using his photography as a tool for activism.
Jermain Cikic reflects on his experience of visiting the island of Samos, Greece, in the summer of 2021.
With a new bill seeking to further criminalise asylum seekers, the work of a group of volunteers monitoring small boats in the English Channel is all the more vital.