News & Politics / How do the UK’s international students feel about being treated like shit? 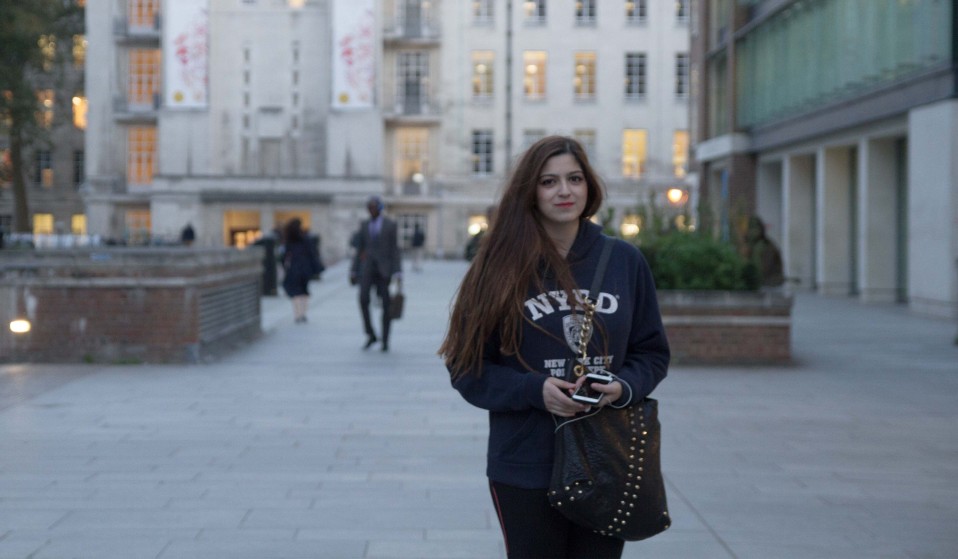 As Britain's Home Secretary announces tough new proposals for restrictions on overseas students, we ask international students in London if they still feel welcome in the UK.

As Britain's Home Secretary announces tough new proposals for restrictions on overseas students, we ask international students in London if they still feel welcome in the UK.

On a fresh Autumn afternoon, Bloomsbury in Central London is heaving with students. It’s just after Freshers week, and there are lots of nervous new, expectant faces adapting to student life, in a new city or even a new country – thousands of miles from home.

With its collection of world class universities and students from across the globe, the UK is one of the most sought-after destinations for international students.

As the Tory government continues to embrace xenophobia and divisive politics, their drive to reduce the numbers of overseas students from outside Europe (and possibly inside post-Brexit), who account for 167,000 of the 600,000 new migrants to the UK each year, continues.

Universities have condemned moves to restrict who can study here and want to keep the doors open to international students, in part because they increasingly rely on the huge fees they pay, following huge government cuts to higher education funding. There’s been an outcry from student groups and anyone who can see that demonisation of migrants is dangerous too.

In light of Rudd’s announcement, negative rhetoric towards migrants and a rise in xenophobic attacks since the Brexit vote in June, do London’s international students still feel the UK is an attractive choice? 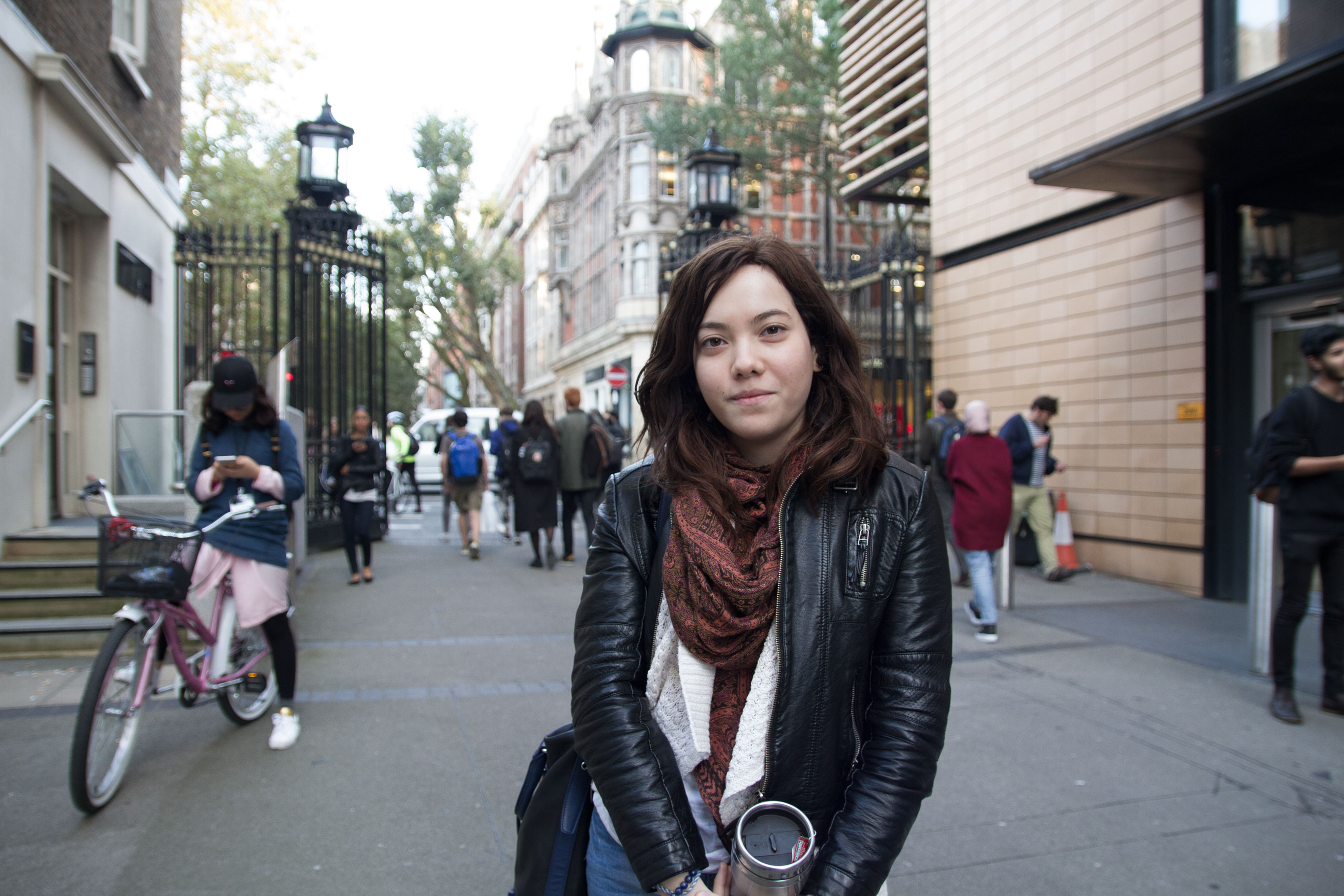 Studying in the UK is almost like a right of passage. It’s UK or bust. Or London or bust. If you don’t go to a London school, it’s like you haven’t made it in life. Dead serious. I also went through a British system so it made more sense. I didn’t want to do four years of college [in the US] and spend one year doing nothing… but I’m regretting it because of the weather.

Not being able to work afterwards definitely puts international students off studying here, I know that for a fact. Restricting access to overseas students is over the top and it’s just killing yourself slowly, because it’s like a death sentence. There are one million students here from overseas. If you cut those numbers down, you’re going to cut down on your source of income. And it would make uni so boring. 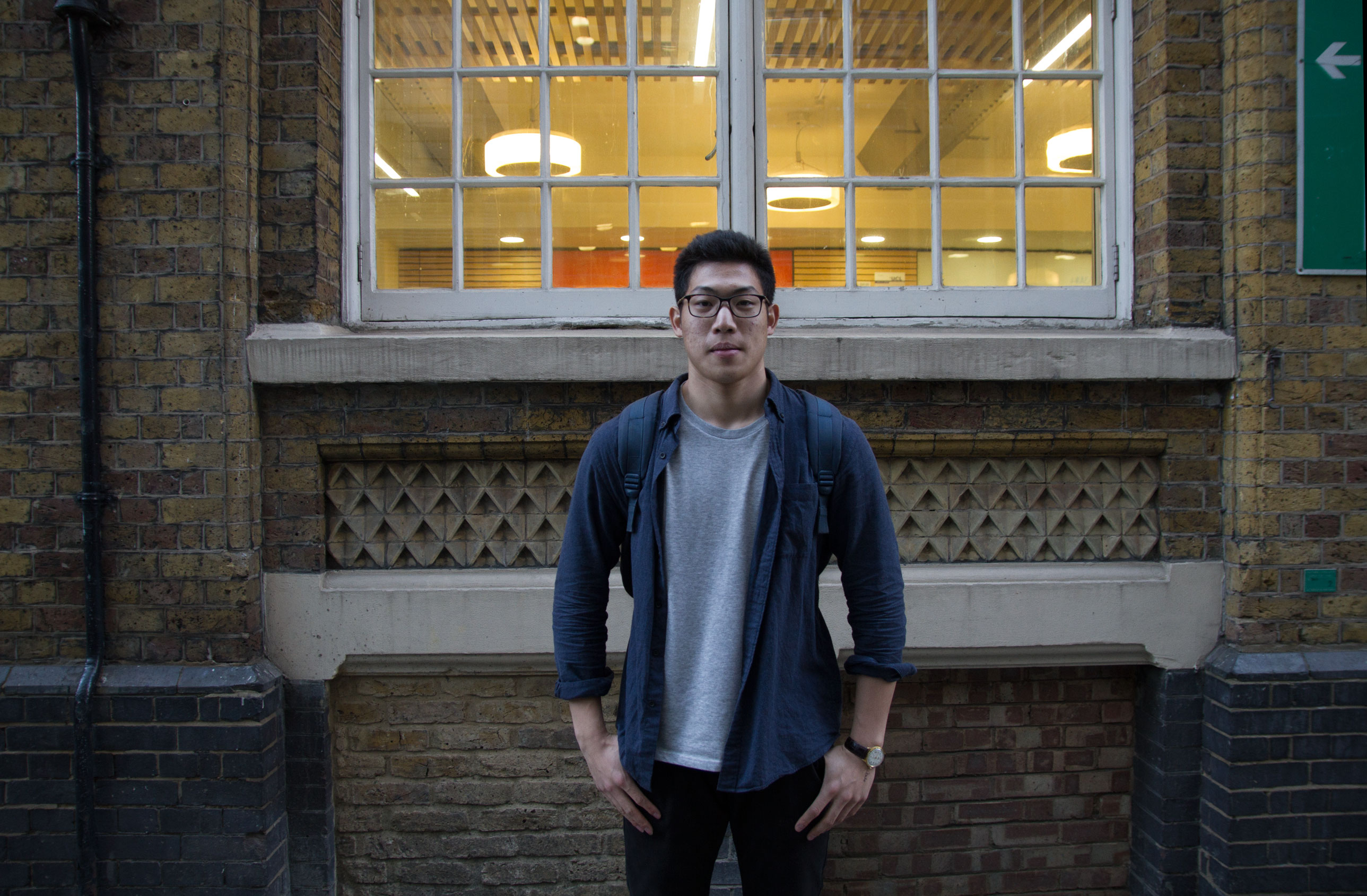 For me, I wouldn’t say the UK is an attractive place to study but London is, because it’s truly an international hub. Walk around UCL or walk around London and you see people of every single colour, every single race. It’s really nice as a melting pot.

I really want to stay in London and work but after Brexit happened, my plans seem a lot less clear. London might not be the right international hub to choose, so maybe moving New York or back to Hong Kong would be better.

I wanted to study here because my father graduated from LSE and Pakistan’s legal traditions are very similar to the UK, so I would prefer a UK degree over one from Pakistan – even though I plan to work there.

I love the weather. I love the fact that it’s so diverse and I have met all kinds of people here. If all the international people were to be prevented from coming to SOAS, I don’t think I’d be that interested in studying here. It’s also about the experience, as well as the degree. There wouldn’t be any point coming here if there were no international students. 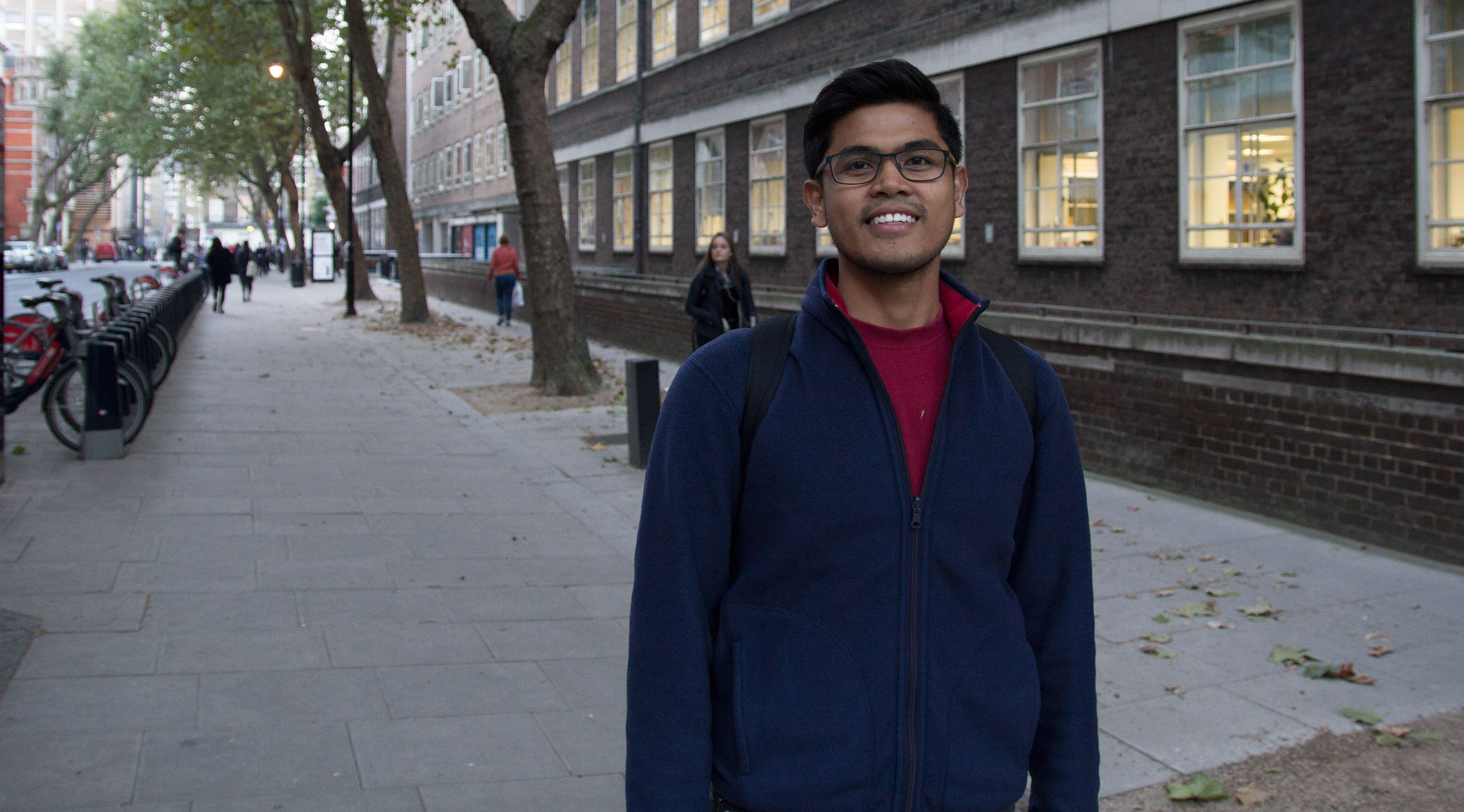 I chose the UK because it’s among the best places to study in the world. I really like the culture here, it’s so different to Malaysia. People are very respectful towards one another and they obey the rules. The terms of my sponsorship say I have to go back to work in Malaysia, so I doubt I will work here after studying.

There are a lot of outsiders in London so we haven’t felt any change. But I have friends at home who are afraid of coming to study here now because of Brexit, because of the racism and the anti-immigrant feeling. We hear about this at home but we’ve never felt anything negative here. 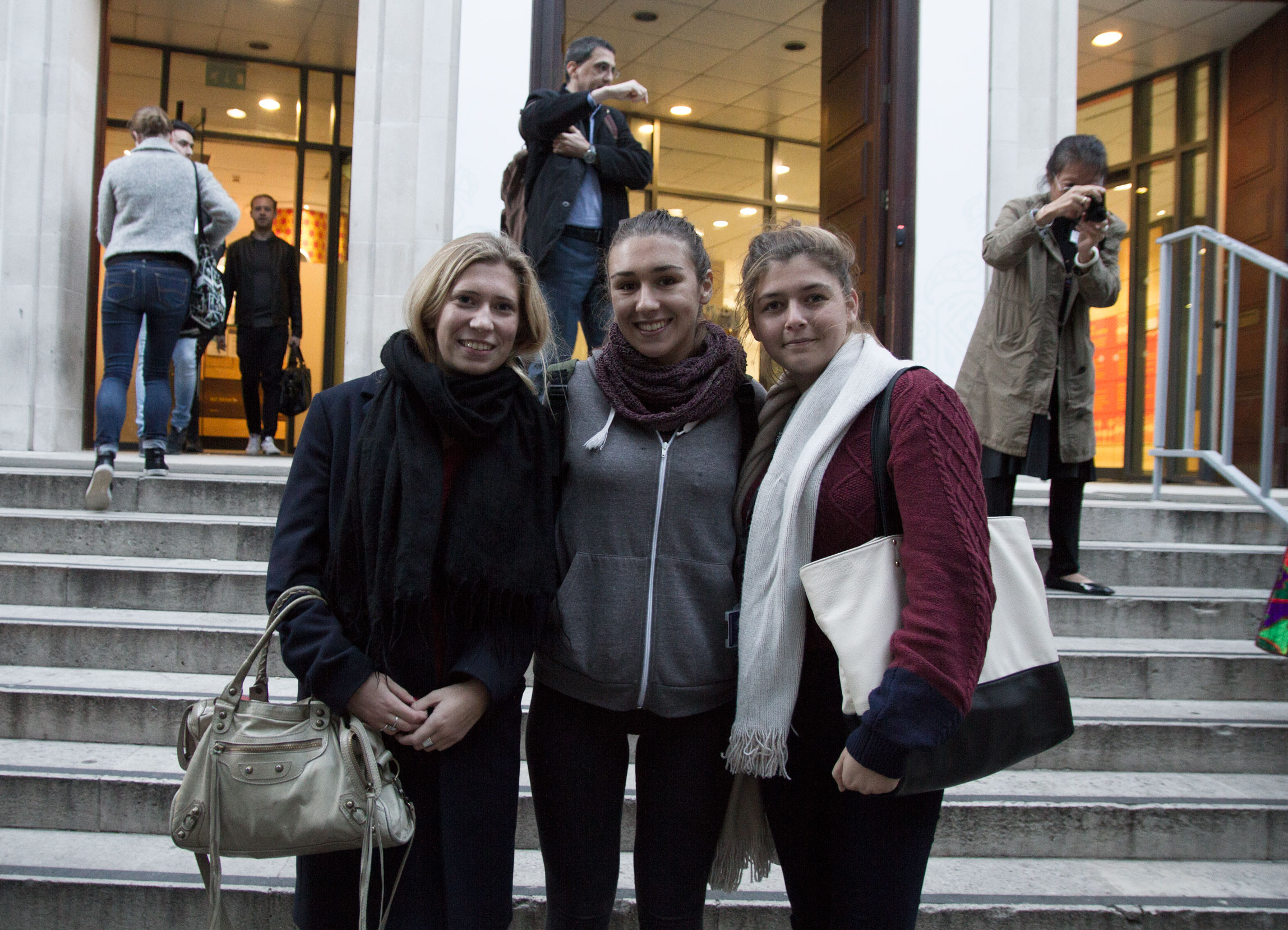 Juliane: SOAS is the only reason I’m staying in London. I hate London, I hate Britain and SOAS is the closest thing that looks like home to me. I couldn’t be without it. I love the open-minded people that are here, the chilledness and people just being awesome. It’s rare to see so many people from so many backgrounds who have lived what I’ve lived, going everywhere and living around the world. You can learn so much from everyone – and you don’t get that at other unis.

Salome: We have the opportunity to live in this world where we see different cultures all around us. Right now we can see people from all over the world, right here. It’s a great opportunity and we shouldn’t close this.

Camilia: I think this is the future. SOAS should be the model for the future everywhere. Having people that are open to difference.

Juliane: We’re networking while we’re studying, which is so weird. There are so many opportunities and people get involved in so much, from student societies to fighting against injustice.

Linkedin
RELATED ARTICLES
OTHER ARTICLES
The author discusses her new memoir, which offers a sobering reflection on the racism and otherness she’s experienced along with a joyful celebration of her culinary heritage.
After rewriting the indie rulebook with her devastating songs about romantic longing, the singer-songwriter is now imagining a future in which the artist is no longer a product.
Students are being left to languish in unsafe housing, in some cases leading to serious health complications.
A new series of photos by Johny Pitts shines a light on communities and subcultures that have all too often been overlooked.
Protestors gathered outside Downing Street following the latest atrocities committed by Israel against Palestinians living in the besieged strip.
With the UK now set to run out of vaccines, people working in the sex industry – particularly outside of major cities – have been left especially vulnerable, reports Brit Dawson.