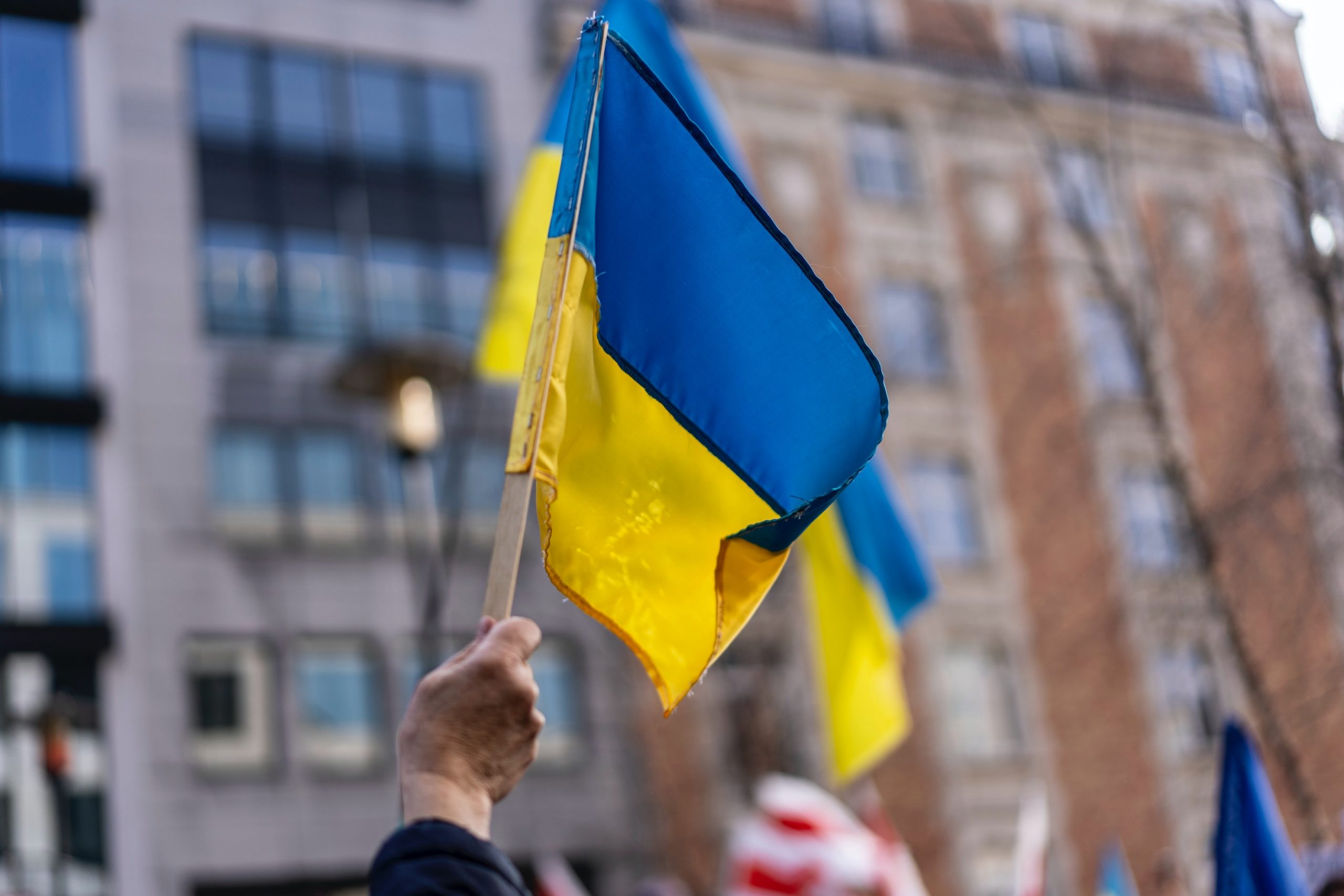 After fleeing the war in Ukraine, people are finding it impossible to secure affordable and decent housing in the UK.

After fleeing the war in Ukraine, people are being left vulnerable once again as they battle to secure affordable and decent housing in the UK.

In early March 2022, Ansifa, age 39, fled the war in Ukraine, moving from a suburb in Kyiv to London to stay with a host family. Now that her time with the host is coming to an end, she finds herself in a dilemma.

Ansifa lives with her sister, who does not speak English, and they have 11 children between them who are dependent on them. Their first recourse of action was to look for further sponsorship but this has become increasingly difficult to find. “There are not as many sponsors anymore after the first wave of people,” explains Ansifa. “The people who were trapped in Bucha and Mariupol before are now leaving. These are people who are desperate for help. They are also now looking and there are very few places.”

Wanting to rent privately, Anfisa tried to secure around 20 different homes only to find that she could not meet the requirements for any of them, which include a UK-based guarantor or, alternatively, six months’ rent upfront. Anfisa says, “Many Ukrainians are facing this issue. For a flat with multiple bedrooms. I don’t know who has £15,000 to pay from scratch. This is a huge amount of money.”

Her concerns are echoed by Ukrainians across the UK. Data shows that 69% of Ukrainian refugees who came to the UK initially under the Homes for Ukraine scheme want to be able to rent privately. Despite this, most face the same issues in a housing market that is not designed to help or attend to the needs of refugees or those who have not been living in the UK previously. It has forced some to make drastic decisions: last November, it was reported that a couple who’d fled the war in Ukraine were moving back there due to costs and conditions in the UK’s housing market.

If they cannot rent privately, most Ukrainians rely on their local council to provide them with housing. In this situation, the council can refuse to help or, as in Anfisa’s case, offer to relocate the family to other areas in the UK. For Ansifa, the thought of being separated from her sister, who was offered to relocate as far away as Glasgow, fills her with fear.

“I need to be there for my sister to translate for her. We also do not want the children to leave school and have to move again,” says Anfisa. “We already don’t know how traumatised they are from having to leave Ukraine. We are facing a crisis of what to do.”

Yuliana, who is 27, recently found herself in a similar situation to Ansifa.  She remembers vividly waking up at 5am at her grandmother’s house in Kyiv on the 24 February 2022. “I woke up five minutes before the bombs started falling and, once they started, I thought one fell on the street next to the house. I remember thinking I’d have to carry my grandmother out on my back.”

After eventually making it to London through Poland, her sponsorship agreement fell apart in mid-November. Since then, she has lived in hostels around central London, often changing accommodation twice in one week. In Ukraine, she worked for an HR Startup but since being in London, she has taken on jobs as a cleaner. She has been contacting and applying for aid from her council ever since. On 4 January, she was finally placed on a waiting list for council housing. “Renting privately is not an option for anyone. You need a deposit” she says.

For charities working with Ukrainians, this scenario was woefully predictable. Tamara Joseph, who coordinates Homes for Ukraine Tufnell Park, an aid group matching Ukrainians and host families in North London, told Huck, “In London, at least, there is hardly any affordable housing for anyone and if you are here, maybe you don’t speak English, you don’t have any kind of credit records, you don’t even have a utility bill because you’ve been staying at someone else’s home. You may not be working, you may be on benefits, and you are heading out alone to try to find private accommodation. It’s a tall ask.

“The truth is local authorities don’t have the housing, so there is a real limit to what they can do,” continues Tamara. “I think most were relieved we didn’t hit a cliff edge once the six months of the scheme ended; everyone has not been made simultaneously homeless. I think however what that means in practice is that we are on a gentler slope rather than a cliff edge.”

Councils cite a lack of funding as the reason for being unable to adequately provide Ukrainian refugees with housing. The Local Government Association, which represents councils across England, commented in a press release: “As the number of ‘no fault’ eviction notices handed out increases, the cost of living rises and as more Ukrainian arrivals present as homeless, councils are increasingly concerned of a national homelessness crisis. These pressures, combined with depleting social housing stock and an unaffordable and overly competitive private rented market, still feels like a perfect storm for services trying to prevent homelessness.”

In response, the British government has announced an increase in £500 as a thank-you payment for hosts continuing to sponsor Ukrainians. At the same time, however, they have also announced that council funding will be cut by half for each Ukrainian refugee arriving in the UK – from £10,500 to £5,900.

Even those who are able to pay for some level of private housing often face challenges at other parts of the rental process – such as being able to provide a UK-based guarantor, something most Ukrainians who are arriving in the UK for the first time would inevitably not have. Tetiana, originally from Vinnytsia – a city lying on the banks of the Boh River – has been looking for housing for two months in London to be near her husband’s work in central London. Without having a UK-based guarantor and being unable to afford six months upfront in rent, she is reliant on navigating an unregulated subletting system in a rental market that is more competitive, extortionate and harder to orientate than ever. She toured twelve rooms in separate properties before finding a room to share with her husband in a flat share of five people.

“It didn’t have any furniture, so my husband and I went searching through the rubbish to find a small dresser and coffee table. It was very stressful. We are renting it for £1,100 a month,” says Tetiana. “A lot of people were also actively scamming through Facebook. Even though the prices and the pictures showed the places to be in good condition, they did not offer tours. They also asked for six months’ rent upfront and offered no refunds – because the place was ‘guaranteed’.”

Tetiana also came across several landlords trying to take advantage of the situation, offering rooms to be sublet at higher prices. Some were renting whole houses and paying over £900 for a shared room in zone four to share a bathroom and kitchen with twenty other people – a situation Tetiana describes as “unfair”.

Particularly for those with children, the situation is more complex. Anfisa sighs at the end of our conversation. “We are in a situation where if we can’t afford any accommodation, we will have to go back to Ukraine where there is no electricity, and risk bombing.” She pauses. “While we are going through hell with this procedure and leaving Ukraine with the children during the bombing, we now just have to find accommodation. It’s the last part.”

Linkedin
OTHER ARTICLES
Photographer Sean Maung reflects on documenting a small town in Pennsylvania afflicted by high levels of unemployment, poverty, violence, crime, and addiction.
The action took place in response to the 200 asylum-seeking children who were placed in hotels run by the Home Office who have gone missing.
Theo McInnes’s photos of the annual event provide an intriguing snapshot of contemporary Britain.
A new law change is enabling Britain’s donor-conceived children to know the truth about their origins – but campaigners say the fertility industry must do more to protect people.
After fleeing the war in Ukraine, people are finding it impossible to secure affordable and decent housing in the UK.
Filmmaker Laura Poitras discusses her new documentary which traces the remarkable life of the artist-activist and the impact of her battle against the US opioid crisis.