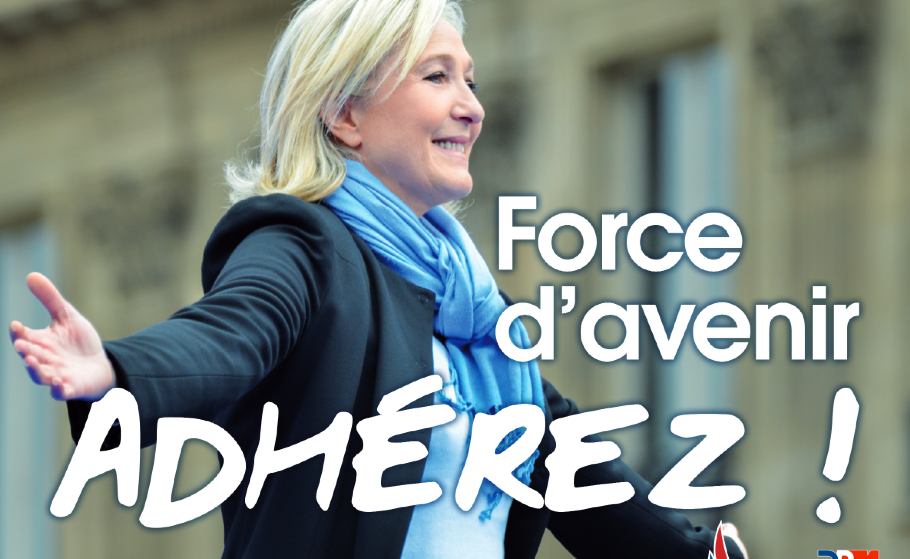 Thanks to exploiting terrorism and the refugee crisis, 2015 has been a great year for Europe’s far right. But their appeal runs much deeper, explains professor James Shields.

Thanks to exploiting terrorism and the refugee crisis, 2015 has been a great year for Europe’s far right. But their appeal runs much deeper, explains professor James Shields.

As France has struggled to come to terms with two shocking terrorist attacks this year, one politician has gained the most ground: Marine Le Pen. In the wake of November’s Paris attacks, the leader of France’s far-right Front National announced her party was the only one that could reassure the country in this moment of “infinite sadness”. And a growing number of voters seem to agree: the FN stormed to victory in the first round of regional elections on Sunday, clinching 28% of the vote and topping the polls in six of the country’s 13 mainland regions.

Le Pen may have successfully capitalised on fears around terrorism and the refugee crisis this year, but the roots of the FN’s growing popularity run much deeper – and there are worrying parallels with the rest of Europe. Across northern Europe, parties that reject globalisation and multiculturalism to preach an anti-Muslim, anti-immigration and anti-EU agenda are on the march. The far right has failed to make significant electoral headway in Germany, but seized power in Hungary and Poland and are shifting the political narrative rightwards across northern Europe, from Sweden to Slovakia, Belgium and Britain.

The Front National’s recent success owes much to Marine Le Pen’s campaign to detoxify the party’s image and pose as a respectable alternative to the mainstream. After the FN broke through in the mid-’80s, they were held back by the unpalatability of former leader, and Marine’s father, Jean-Marie. Le Pen senior was an unreconstructed fascist who is alleged to have personally tortured detainees during France’s dirty war in Algeria in the 1950s, called the Nazi occupation of France “not particularly inhuman” and was eventually prosecuted for Holocaust denial in 2008.

When Marine took over in 2011, she gave the FN a female, smiling and less controversial face – but the transformation has only gone skin deep. “This has been a mainly cosmetic exercise, concerned more with image than substance,” explains James Shields, Professor of French Politics and Modern History at Aston University and an authority on France’s far right. Marine herself was put on trial in October this year, charged with anti-Muslim hate speech for comparing Muslims praying in the streets to the Nazi occupation in 2010.

“The central policies of the FN remain firmly in place, but the way they’re articulated has undergone a major refurbishment,” Shields explains. “The FN now advances its divisive and exclusionist policies cloaked in the language of Republican inclusiveness, a clever rhetorical shift that is part of Marine Le Pen’s strategy to reposition her party within the French political mainstream.”

After the attacks on Charlie Hebdo and a Kosher supermarket in January, Le Pen held back, cautious of being seen to be exploiting a tragedy. But after the attacks on the Bataclan in November, she felt confident in launching a broadside against president Hollande for not keeping the country safe. “These attacks have brought to the top of the public agenda some of the FN’s key concerns: immigration, the migrant and refugee crisis, open borders and security, and radical Islam,” Shields explains. “Even some longstanding policies of the FN that seemed extremist just a short time ago are now seen as perfectly reasonable government policy: the reinstatement of border controls, more armed police, increased surveillance, the closure of some mosques, and the stripping of citizenship from convicted terrorists with dual nationality.”

Terrorism and the refugee crisis have been a gift to the far right, but the appeal of their anti-system, authoritarian, xenophobic and anti-Islamic politics runs much deeper: it’s an outright rejection of globalisation and the multiculturalism that has come along with it.

It’s no surprise that the FN’s heartland is in areas like the post-industrial North East that has been worst affected by the loss of jobs to places like China. Since the FN’s breakthrough in the 1980s and the end of the ‘glorious three decades’ of growth and progress France experienced between 1945 and 1975, French unemployment has never dipped below 8%. It’s now above 10%. A quarter of those under 25 can’t find a job, which rises to nearly 50% for those without qualifications – which partly goes to explain the FN’s popularity among young voters.

With Europe still suffering from the effects of the financial crisis, people across the political spectrum – especially young people – feel ripped off by the system. Increasingly, it seems, this anger is fuelling the rise of the far right. While people’s prospects continue to diminish, the appeal of the far right is unlikely to just melt away – in France and elsewhere.

“Ever since the FN first broke through in the 1980s, the mainstream parties have had no idea how to counter it,” Shields explains. “A large part of the problem arises from the discredit of established politicians and parties, the widespread popular feeling that politicians have their snouts in the trough and have no concern for the people they’re meant to represent. This opens up a boulevard of opportunity for the FN’s brand of anti-elite populism. So until the political class reconnect with the people who elect them and start to address their real concerns, it’s hard to see how the tide of support for the FN can be stemmed.”

Linkedin
RELATED ARTICLES
OTHER ARTICLES
Photographer Bud Glick recounts documenting everyday life in the area, and what it taught him about the Chinese immigrant experience.
A new series of photos by Johny Pitts shines a light on communities and subcultures that have all too often been overlooked.
The government’s brutal crackdown on NGOs has left victims of rape without anywhere to seek help. And now, as the country plays a key role is Russia’s war, things are only getting worse.
Protestors gathered outside Downing Street following the latest atrocities committed by Israel against Palestinians living in the besieged strip.
Steel City is often overlooked when it comes to the country's cultural radar despite its role in shaping electronic music.
To mark the premiere of his new documentary on surfing giant Gerry Lopez, the filmmaker and former pro skateboarder sits down to share his unique brand of wisdom.