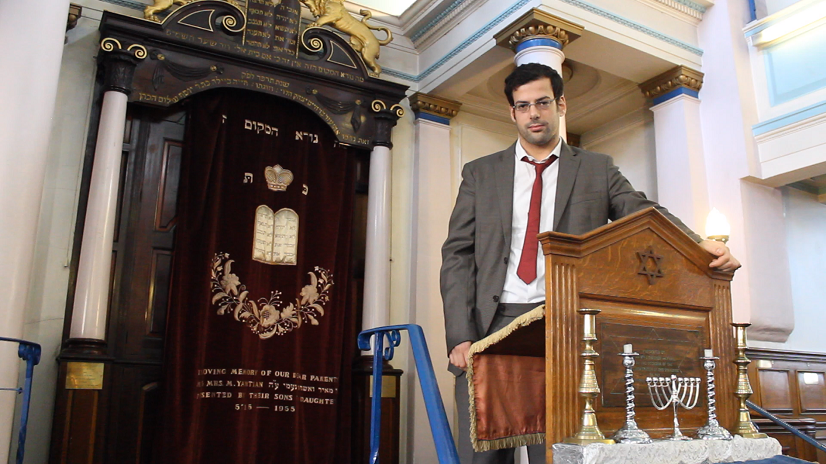 The Union of Jewish Students is supposed to represent all Jewish students in the United Kingdom, but right now some feel that it's failing. Eran Cohen is a pro-Palestinian, non-Zionist Jewish student, and he wants to be elected as the organisation's next President. Here's why.

First up let’s get a few things straight about me: My name is Eran Cohen, I’m Jewish (you’d never have guessed, right?) and I’m originally from Israel.

My family moved to the UK when I was about ten-years-old and aside from a year or two back in the Holy Land, I’ve been living in England ever since.

I’m a religious Liberal Jew with a secular background, and my family has a diverse range of political beliefs, especially when it comes to Israel-Palestine.

My personal belief? Well, it’s that the occupation of Palestinian land by Israel has had devastating consequences on both Palestinians and Israelis, and negatively affects Jews in the rest of the world. After half a century of both Palestinian armed struggle and unarmed civil disobedience, and of failed peace negotiations, I believe that the best way we have now to positively resolve the conflict is to apply non-violent, irresistible pressure on the Israeli government to force them to negotiate faithfully and sincerely.

For me this means supporting the Palestinian call for Boycott, Divestment and Sanctions (BDS), a deeply unpopular opinion for an Israeli Jew to have, both here and in Israel.

Despite the unpopularity of my views on Israel, I’m still engaged with my local Jewish community.

So now you know a little bit about me, I hope that the following will make sense and carry just a little bit of authority.

In less than two weeks time, Jewish students in the United Kingdom will have a new leader. Every year, the Union of Jewish Students (UJS) elects a new national President, whose job it is to execute policies passed by the union’s conference and represent the union in places of power. And next year, I want that person to be me.

There are around 9,000 students who identify as Jewish in the UK and Ireland, according to the UJS, and it aims to represent them all. Right now it doesn’t.

The thing is, the UJS is a cross-communal organisation, claiming to unite Jewish students whether they are “reform, orthodox, secular, religious, left, right.”

However, I’d argue that the UJS is also currently an explicitly Zionist organisation, receiving a significant (if not major) amount of its funding from the United Jewish Israel Appeal (UJIA).

UJIA’s mission is to strengthen young Jewish people’s identity with Israel; that is, to instil in us a sense of national identity for a country in which we do not live and that many of us may have no connection to. Yes you can be Jewish, and yes you can be a Zionist, but they are not the same. Or you can be like me: Jewish, Israeli, but by no means a Zionist.

Though cross-communal on paper, in my experience the UJS and university Jewish Societies (JSocs, for which the UJS acts as an umbrella organisation) tend alienate those of us with alternative and non-Zionist views. This problem isn’t unique to the UJS; it’s seen across the wider Jewish community in the UK and abroad too.

There has been some progress, we have a situation now where young Jews may be questioning Israeli commitment to peace, but have not yet begun to question the more basic assumption that Zionism is good for the Jews. Hence the thought process, “Jewish societies are for proper Jews; proper Jews are Zionists; non-Zionist Jews do not belong in JSocs.”

Instead of opening up important and pluralist debates, currently the UJS carries out Hasbara (“propaganda” in Hebrew) campaigns on behalf of Israel, and organises trips for young Jews to Israel (Birthright and Manhigut) to show them all the great things about it, though I’m not clear on exactly how (or if) they keep hidden the occupation and rampant social and institutional racism against Palestinians. 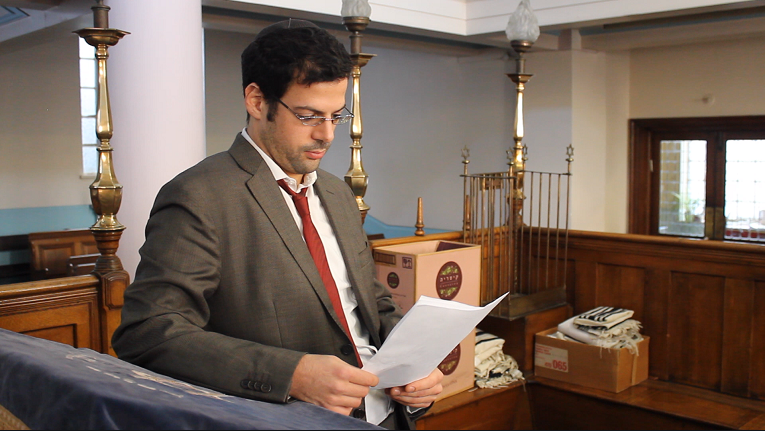 The UJS is also committed to fighting the BDS movement, which is a non-violent way to put pressure on Israel to end its occupation of Palestinian territories. To be fair, the UJS also funds important services like regular Friday night dinners (otherwise known as Shabbat dinners) for Jewish students and the fantastic #labelfree campaign.

The problem is that according to recent surveys, over 70% of British Jews oppose the occupation, and 31% of us would not consider ourselves Zionist (10% were not sure). If you extrapolate these findings from the general Jewish population to the student one (which seems reasonable to me, as most university-aged students are unlikely to stray far from their families’ political views and in fact tend to be more progressive than their parents), it is strange that the UJS campaigns so hard to defend Israel and its policies when 41% of students are either directly opposed to such support, or at the very least are not sure about it.

This year, we decided to do something about it by engaging directly with UJS democracy (which, incidentally, is the only democracy in the British Jewish community) and put someone up to represent our views to the student community. For my sins, that person is me.

My hope is to become president in order to open up the debate within the community, and to create a space where the voices of 30-41% of Jewish students who aren’t uncritical supporters of Israel can be heard.

As a president I would aim to represent everyone equally, and I believe that in this case that might mean a need for the UJS to move away from a pro-Israel to a more neutral footing, where it doesn’t alienate either Zionist or non-Zionist students. If this happens, it will be a radical shift for such an organisation, as very few (I can’t think of any, actually) Jewish community organisations take a neutral stance on this issue. This can only be a good thing.

When we’ve dealt with that, I want the UJS to begin focusing on more immediate problems that students face: the threat of the Teaching and Excellence Framework lifting the tuition fees cap, the rising instances of xenophobia, racism and anti-Semitism from the emboldened far-right, and supporting immigrants and refugees (which most British Jews are descended from, either recently or from the 19th century).

There’s plenty of work to do, and I’m raring to get started.

Linkedin
RELATED ARTICLES
OTHER ARTICLES
A recent High Court ruling against the right to wild camp in Dartmoor National Park sparked the largest land protest in history – and campaigners say their fight is not over yet.
Theo McInnes’s photos of the annual event provide an intriguing snapshot of contemporary Britain.
Social prescribing connects people with non-medical support to improve their health and wellbeing – but some experts worry it’s just a stick plaster solution.
After blocking the Scottish government’s gender recognition reform bill, Westminster is now devising further changes to the law to make it harder for trans people to self-identify.
At his West Bank restaurant, Fadi Kattan established himself as the voice of modern Palestinian cuisine. Now, he’s bringing his innovative, bold flavours to the UK’s capital.
Tristan O’Neill’s shots of dancers caught in moments of reverie at the height of rave’s golden age are a testament to the UK’s legendary club culture.