News & Politics / Universities are failing students on the climate crisis 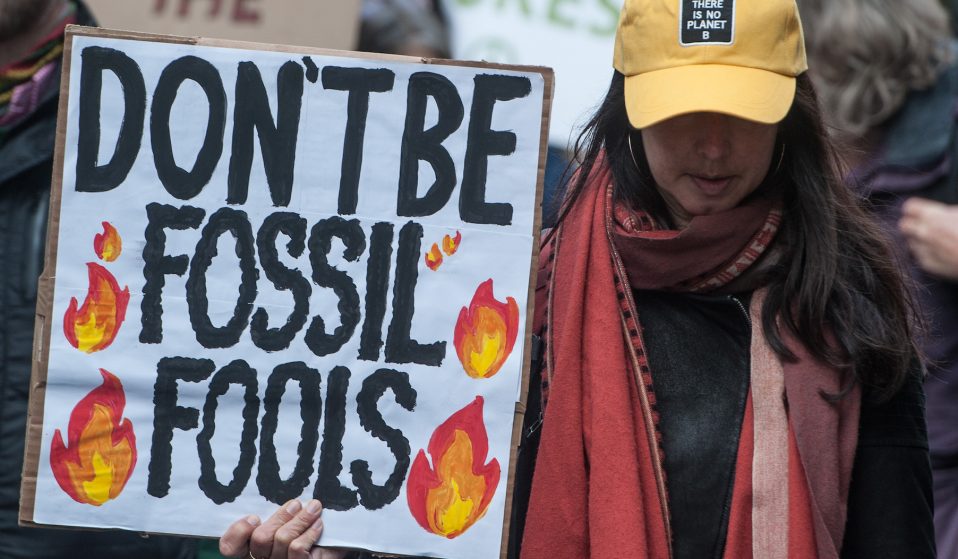 Rather than syphoning off students’ exorbitant fees to fossil fuels and arms companies, universities have a duty to set an example.

Rather than syphoning off students’ exorbitant fees to fossil fuels and arms companies, universities have a duty to set an example, writes NUS Vice President Hillary Gyebi-Ababio.

Last week, People and Planet – a student network fighting for climate, worker and migrant justice from UK universities – published their annual university sustainability league table, which showed that over half of higher education institutions aren’t set to meet their emissions targets. While a handful of universities have made progress, these results were deeply disappointing, and showed that much more needs to be done.

Divestment is a critical and central part of this. One of the categories on which universities are evaluated is ethical investments and banking, and they scored a shocking average mark of just 31 per cent across the sector. Over half (51 per cent) of universities had made no commitment to removing fossil fuels from their investment policies, and many more have no policies when it comes to funding arms companies.

Education providers have a social responsibility, not only in designing their curriculum and its delivery, but also in how they choose to spend the funding allocated to them. They should not be contributing to flooding, droughts, disease, conflict, and the continuation of colonialism across the world. At NUS, we wrote an open letter to universities and colleges urging them to divest from colonial companies, and we encourage students, parents, academics, organisations and members of the public to sign it with us.

As well as halting investment of institutional resources into unethical private companies, educational institutions must stop partnering with companies responsible for upholding colonialism and imperialism. This would look like signing up to the Fossil Free Careers campaign, which calls for companies with poor environmental track records to be excluded from attending recruitment fairs. Committing to these practices isn’t just the right thing to do, it would also allow for a wholesale redistribution of their resources (and our fees), meaning more money available to fund anti-racist initiatives and greater opportunities for ethical employers.

As a home to students, social space and workplace, campuses have the potential to change the long-term habits of thousands. Education plays a central role in creating the conditions our society is built upon. This is its purpose – not to make profit.

It’s not only educational institutions who must do more. For all their warm words around COP26, the government needs to stop its hypocrisy and take some responsibility. It was the Tories, after all, who ended the requirement that forced universities to provide information on sustainability to the Higher Education Statistics Agency. This has distanced universities from their responsibility. They should reverse this ludicrous decision to weaken climate reporting, and make publishing this data mandatory once again.

Students pay exorbitant fees, which shouldn’t be syphoned off to fossil fuels and arms companies. That’s not too much to ask. We have been calling on the education sector to break their links with companies responsible for upholding colonialism and imperialism for years. The planet doesn’t have time. The people don’t have time. Universities and colleges must act now.

My generation stands amongst those who must sort out a crisis created by the endless pursuit of capitalist success spearheaded by previous generations and governments. Their failure to address the historic injustice of climate catastrophe means that there’s even more pressure on non-state actors to step up.

Sign the NUS’ open letter encouraging universities and colleges to break their financial links with colonialism and imperialism.

Linkedin
RELATED ARTICLES
OTHER ARTICLES
The action took place in response to the 200 asylum-seeking children who were placed in hotels run by the Home Office who have gone missing.
Photographer Sean Maung reflects on documenting a small town in Pennsylvania afflicted by high levels of unemployment, poverty, violence, crime, and addiction.
After building his reputation covering the US civil rights movement in the 1960s, the photographer went on to produce some of the most enduring images of the past century.
Theo McInnes’s photos of the annual event provide an intriguing snapshot of contemporary Britain.
A recent High Court ruling against the right to wild camp in Dartmoor National Park sparked the largest land protest in history – and campaigners say their fight is not over yet.
Photographer Becky Tyrell went down to the fading banger and stock raceway to meet a community desperate to keep it alive.