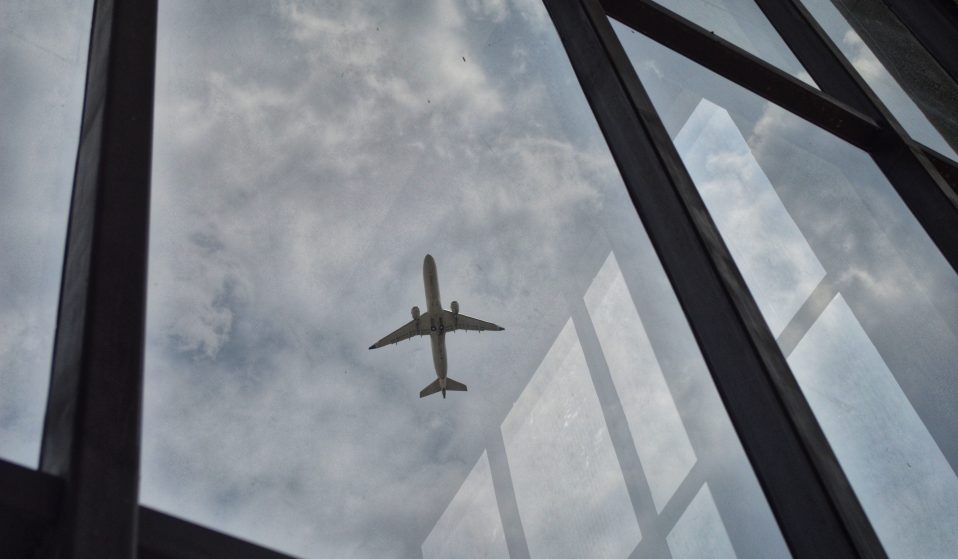 Campaigners are calling on the government to stop a deportation flight carrying up to 22 migrants, calling it cruel and inhumane.

Campaigners are calling on the government to stop a deportation flight carrying up to 22 migrants and to bring an end to the continued criminalisation of those seeking help and refuge.

Today (28 July) a mass deportation charter flight is expected to leave the UK, forcibly removing up to 22 people to Vietnam. The flight, operated by TUI, is the second such flight to Vietnam chartered by the Home Office this year.

In the last few days, a concerted effort by campaigners, support workers and lawyers has seen at least two people removed from the flight. One of those was a young woman who was supported by support group SOAS Detainee Support.

A spokesperson for the group told Huck: “The young woman SDS has been supporting is a 20-year-old survivor of sexual abuse who arrived in the UK as a 16 year old. She was detained at Yarl’s Wood several weeks ago. At the time, she had no legal support. Her ticket on the charter flight this evening has been cancelled, but she remains vulnerable to forced removal in the near future, as the Home Office continues with its planned summer of deportation. In April this year, several survivors of trafficking were deported to Vietnam and we believe this flight will be no different.”

The young woman was represented by Duncan Lewis Solicitors. One of those solicitors involved in the case told Huck: “Our client displayed difficulties with disclosure due to her trauma and fear of retribution, common amongst victims of trafficking. We have received a number of referrals of those detained who we are concerned are clearly potential victims of trafficking, previously encountered in brothels, nail bars or cannabis factories, or who have serious mental health problems and scarring, but who have had difficulty disclosing their experiences to the Home Office.”

Francesca Humi, Advocacy and Campaigns Officer at Kanlungan Filipino Consortium, a charity working to empower Filipino and other East and Southeast Asian migrants in the UK, told Huck: “This scheduled deportation follows the UK Home Office’s first ever deportation flight to Vietnam in April 2021. The UK is a top destination for people who have been trafficked from Vietnam. This is reflected in the number of Vietnamese migrants who are referred to the National Referral Mechanism [NRM], an entity within the Home Office that deals with people who have been trafficked into or within the UK and have been exploited. Vietnam was the third largest country of origin for people who went through the NRM in 2019, which matches trends from the last few years.”

Home Secretary Priti Patel has consistently stated that the government’s priority is to stop trafficking by punishing perpetrators. It is a keystone of the new Nationality and Borders bill, which passed it’s second reading in the Commons last week. The government has refused to support a bill to improve support for victims of trafficking and modern slavery supported by senior Conservative MP Sir Iain Duncan Smith. Duncan Smith called the lack of support “utterly wrong”.

Campaigners say that the current system of protection for victims – of which the NRM is a central component – cruel, inhumane and not fit for purpose.

Humi stated that “it is a long and arduous process. A victim must first be referred by an official first responder, then there needs to be a reasonable grounds decision, followed by a conclusive grounds decision which can take several years. Some might be able to make successful applications for asylum in the UK on the basis that they are at risk of exploitation again back home, but this isn’t systematic. It is therefore likely (although we cannot be sure) that some of the 22 people scheduled to be on the flight this evening are survivors of trafficking and exploitation and will be at risk of re-trafficking once they go back to Vietnam.”

The flight comes just 21 months after the discovery of the bodies of 39 Vietnamese people in the back of a refrigerated lorry in Grays, Essex in October 2019. Four people were jailed for the deaths but campaigners state that more often than not, victims of trafficking are treated as criminals.

Campaigners have stated that the flights today are just the latest iteration of Home Office policy that continues to criminalise those seeking help and refuge. Minnie Rahman, campaigns director for Joint Council for Welfare of Immigrants, says: “The Home Office has a long history of chaotic decision making which often treats victims of trafficking as criminals. The Home Office must stop tearing people from their families in the middle of the night, and instead introduce policies which tackle exploitation, and treat migrants as part of our communities.”

TUI were contacted to respond to allegations in this article and stated: “We’re unable to comment on this”. The Home Office were also contacted for comment and had not responded at the time of publication.

Sign the open letter calling on TUI to stop its collaboration with the UK Home Office in running chartered deportation flights.

Linkedin
RELATED ARTICLES
OTHER ARTICLES
From the Yakuza to a biker gang, Bruce Gilden recounts capturing Tokyo and Osaka in the ‘90s.
Over the weekend, London locals came together to resist a pre-planned police raid targeting delivery drivers.
Photographer Robin Graubard’s debut book offers an unflinching record of turbulence and change across the Balkans.
After news broke last week around an expected reversal of the 1973 landmark law that made abortion legal in the US, protestors gathered in the UK in support of American women.
New legislation is set to make it more difficult to hold Israel accountable for its human rights abuses.
In the latest OFFF Dispatch, the enigmatic designer dives into his process, connecting the dots between his unique and varied creative output.