News & Politics / A brief history of voter suppression in the U.S. 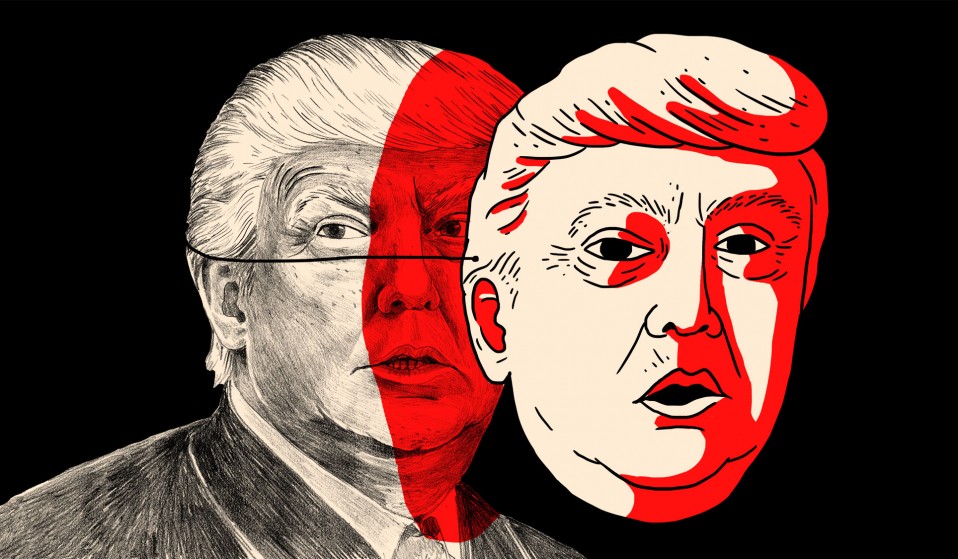 Trump’s efforts to undermine postal voting are just the latest instalment in a fraught saga dating back to the country’s origins.

Trump’s efforts to undermine postal voting are just the latest instalment in a long and fraught saga dating back to the country’s origins.

The U.S. presidential election in November is shaping up to be one of the most contentious in the country’s history.

With no end in sight, the pandemic is forcing a vote that will likely rely on mail-in and absentee ballots more than any election before it. And it couldn’t come at a worse time: prone to racist conspiracy theories, President Trump, who yelled “rigged” until his victory in 2016, falsely cites voting fraud on a regular basis. He has openly said that voting reform would hurt his Republican Party, and is threatening to deploy law enforcement officials as poll monitors.

But perhaps his most high-profile attempt at voter disenfranchisement is his opposition to funding that would help the United States Postal Service (USPS) deliver the unprecedented number of ballots expected. In other elections this year, at least 65,000 ballots were invalidated after arriving late. Hundreds of removed sorting machines and reported cuts to overtime are raising legitimate fears that the USPS, run by Trump crony Louis DeJoy, is being used as a political muzzle. Although DeJoy has promised integrity ahead of the election, it’s being received with skepticism, as the postmaster general faces protests at home, leaks from his own employees, a grilling in the U.S. Senate, and potential subpoenas from Congress. At least 20 states have filed lawsuits.

But what’s happening now is only the latest chapter in a long and fraught saga dating back to the country’s origins. Ever since the right to vote was inscribed in America’s Constitution, there has been an active effort to suppress it. Sure, the tactics and targets have changed, but it’s all part of the same picture book.

Let’s start at the beginning.

Voter suppression first falls on legally defining who can actually vote. When the Constitution was ratified in 1788, that question was left to the states to decide. This was crucial: with no federal voting standard, the systems by which citizens voted effectively depended on where they lived. In turn, most states granted voting rights to white men who owned property. Everyone else was excluded.

As this great democratic experiment went on, certain limits were dropped on which men could vote. By 1828, all states had removed religious restrictions. By 1856, all white men could choose their representatives, regardless of property. Meanwhile, the abolitionist movement pushed Northern states to grant freed Black men voting rights, albeit with property restrictions.

In that time period, another key component of voter suppression arose: legally defining how one votes. After the Mexican-American War, Mexican men living in now-American territories were given citizenship, and thus the right to vote. But they were largely stifled at the polls by forced English proficiency tests and acts of intimidation. This was a sign of what was to come.

After the Civil War –which derived from a disagreement over granting said citizenship to Black slaves – the 14th Amendment to the Constitution was ratified, extending citizenship to former slaves. But with notable exceptions: only Black men were allowed to vote, and although no state could “deny” any rights to citizenship, the states still decided voting mechanisms. The 15th Amendment, passed shortly after, barred states from racial discrimination.

But that didn’t stop state-sanctioned suppression from continuing. The term ‘Jim Crow,’ which reportedly originated in the North when Black citizens had to use ‘Jim Crow’ train cars in Massachusetts, was used to describe legislation implemented by states to make it as difficult as possible for Black people to vote. The methods often carried a classist tone: poll taxes (fines paid to vote) and literacy tests specifically singled out poor, uneducated Black men. Not to mention the threats of lynching, which spiked around election years, and other acts of violent retribution by white mobs or government officials. How effective was all this? According to the American Civil Liberties Union, only three per cent of eligible Black voters were registered to vote in the South by 1940.

For decades after the Civil War, only white and Black men could vote (technically). Women were outright denied. Indigenous residents were not allowed American citizenship; Asian immigrants, the same. Yet activism pushed forward piecemeal reform. This year marks the centennial of the 19th Amendment, which granted women the right to vote. But in the Jim Crow South, this only applied to white women – a political reality that the suffrage movement accepted. Indigenous residents who served in the First World War were first given citizenship, and then the right was extended universally in 1924. After the Second World War, Asian-Americans were allowed to apply for citizenship.

But still, anyone without white skin met restrictions come Election Day. The civil rights movement in the 1950s and 1960s, led by figures like Rev. Martin Luther King Jr. and the recently deceased Rep. John Lewis, laid bare the fact that for people of colour across America, the right to vote was anything but. Black registration drives and massive non-violent protests led to the passage of the 24th Amendment, which banned poll taxes, and the Voting Rights Act, which codified illegal devices like literacy tests and finally established federal oversight. Jurisdictions notorious for voter discrimination would have to get any changes cleared by Washington. Subsequent legislation lent protections to Indigenous Americans as well.

While efforts have sought to expand accessibility – namely: lowering the voting age to 18, making it easier to register, and streamlining electronic voting and record-keeping – the story of suppression doesn’t end there. Over six million Americans with criminal records – most of whom are Black and low-income – are blocked from voting in many Southern states. Another four million Americans living in former colonies have no say. Following a weakening of the Voting Rights Act in 2013, a new generation of Jim Crow laws, like strict ID laws and the purging of voter rolls, has emerged with efficacy, especially in states previously watched over by Washington. In late August, the state of Tennessee passed a law threatening protesters with felony charges, which would strip them of their right to vote. (It’s no coincidence the move followed Black Lives Matter demonstrations that engulfed the state Capitol.)

That brings us to the current moment. The leader of the free world is openly seeding doubt ahead of an election, echoing arguments we’ve heard before. 244 years in, the right to vote in America stands as fragmented and fungible as ever. But if this story is an indication of what came before, it also shows what has come to pass: that change rarely happens at the top without a groundswell of voices from the bottom up. Even in what can appear to be the darkest times. And history tends to repeat itself.

Linkedin
RELATED ARTICLES
OTHER ARTICLES
With inflation now at a 40-year-high of 9 per cent, demonstrations organised by TUC took place to demand action from the government.
Photographer Arthur Grace recalls travelling through the Soviet Bloc and finding ways to evade the surveillance of his work.
Freddie Miller’s new series of photographs investigates who today’s trainspotters are and what drives their unfettered enthusiasm.
LGBTQ+ students are keeping the spirit of the original Pride alive by fighting for liberation for everyone, not just their community.
Photographer David Hoffman recalls documenting the extreme wealth inequality around Tower Hamlets and Hackney int the 1980s.
In her new book, the author explores the country’s housing crisis in human terms and calls for radical action to address a broken system.