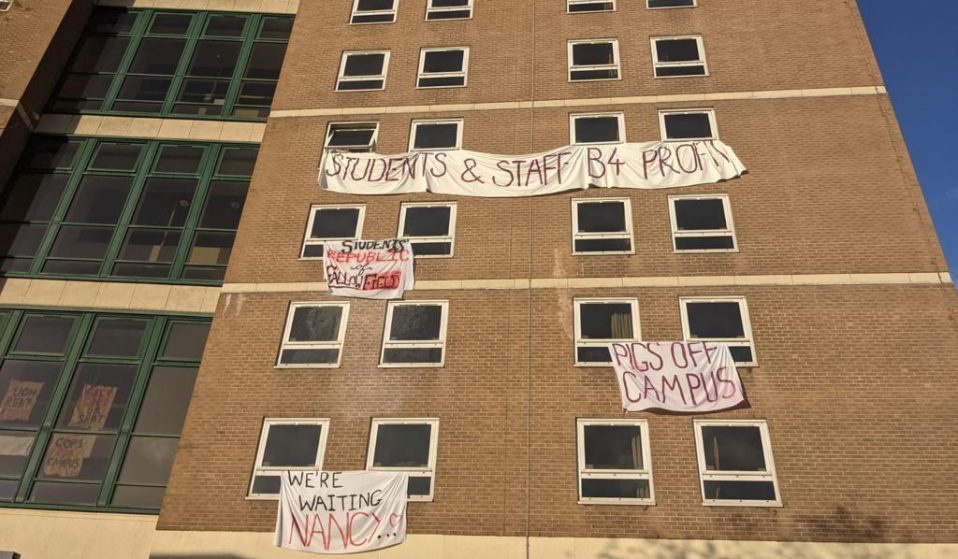 Government plans to reduce the annual student loan repayment threshold will only drive up inequality within education.

Growing up, we were told that through hard work, and continuing in education, we would get a well-paid job so we could live comfortably. Clearly, this is not the case for the vast majority of students who have experienced the removal of maintenance grants, higher rents and living costs and a scarce job market. And now, their lives could be made even harder by proposals at tomorrow’s Comprehensive Spending Review to reduce the annual student loan repayment threshold from £27,295 to £23,000.

On top of the government’s National Insurance hikes, which would take £800 per year from graduates earning an average salary, these proposals target the younger generation. Faced with soaring costs down the line, I fear that some people will be put off from going to university after further education, and those in later life looking to retrain might decide that it’s easier to stay put.

Based on average earnings data showing UK pay gaps, these proposals would disproportionately deter those who are Black and brown, disabled, or from working-class backgrounds. In an era where the labour market is shifting, economic growth is slowing and the slogan “levelling up” is vacuously repeated by Tory ministers, the government should be doing all they can to encourage people into higher education.

While ideally we would like to see student loans completely abolished in favour of free education and full grants, in the short-term, the government must not go back on the terms students signed up to by forcing them to pay back for longer and before they can afford it.

As well as this, the maximum student loan that students can receive must be extended so that they are able to afford basic living costs. It’s not right that the majority of students have to rely on contributions from their parents or from employment while they study.

A full-time student’s median expenditure is £11,679 per year, which is significantly higher than the maximum loan amount they can receive of £8,700. So it’s not surprising that 52 per cent of students earn some form of income alongside their studies to meet this almost £3,000 gap. Another development of the past 18 months has been the urgent need to invest in digital infrastructure. I’ve heard from students who have been unable to study because they have to share one laptop between a family of three.

With NUS research revealing that two in three students are worrying about their finances, the Chancellor of the Exchequer Rishi Sunak needs to act now and protect students from the cost of the living crisis.

We are all aware that the wellbeing of students across the UK has taken a hit during the pandemic, with 47 per cent reporting that their mental health is worse now than it was in March 2020. Isolation, loneliness and health concerns have led to increased levels of anxiety, stress, worry, depression, and sleep issues, with LGBTQ+ students and disabled students more likely to be affected.

Rather than focusing on proposals to retrospectively change student loan repayment terms, the government should be focusing their efforts on tackling the mental health emergency. I’ve heard from too many students who say they feel suicidal for the first time, with the lack of certainty and financial struggles during the pandemic commonly cited as causes. It’s simply not right that so many students responded to NUS’s most recent student survey complaining that long waiting lists for mental health services were preventing them from getting help. This can only be dealt with by greater investment in NHS children and young people’s mental health services, and through streamlining access so that students can easily access support.

We are already seeing rising unemployment rates as the cost of living crisis begins to squeeze the incomes of the most vulnerable. After a decade of austerity, the Comprehensive Spending Review presents an opportunity for Rishi Sunak to provide the investment and infrastructure to support all learners with their studies. He must address the burning injustices so many students face and recognise that education is not a luxury that should only be afforded to a privileged few, but a right for all.

By stopping the running of higher education like a competitive business, we can build the student movement’s new vision of a system which provides lifelong opportunities, is fully funded, becomes accessible for all, and listens to students’ voices.

Linkedin
RELATED ARTICLES
OTHER ARTICLES
Ahead of the release of their first collaborative album, the producer and rapper talk psychedelics and the state of UK hip hop.
As the Scottish government announces a rent freeze, an activist with Living Rent who fought and won shares how they did it, and what must come next.
The workforce is now gearing up for industrial action after receiving a measly pay rise, reports Ella Glover.
Yesterday thousands gathered outside Buckingham Palace after news of the Queen’s death broke.
A 37-year-old woman shares how her abortion led her to become a clinic worker, and the abuse she’s received in that role.
Sean Maung’s photos are a love letter to the Black and brown communities that make up New York.