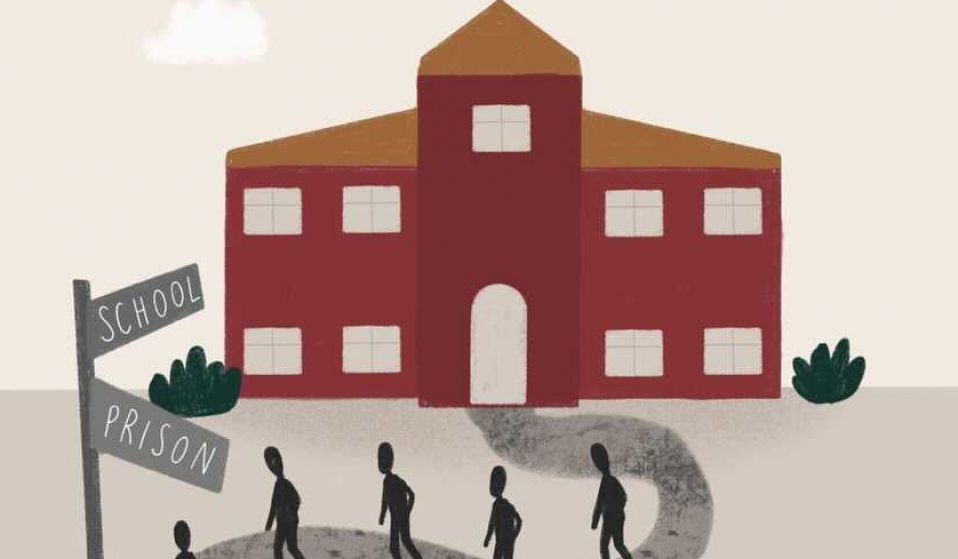 Last month a campaign to oust police from schools in Greater Manchester proved victorious – but organisers say this is just the first step in dismantling the UK’s culture of over-policing.

Last month a campaign to oust police from schools in Greater Manchester proved victorious – but organisers say this is just the first step in dismantling an entrenched culture of over-policing that plagues Britain.

Earlier this year (21 February), Manchester Mayor Andy Burnham made a commitment in a closed-door policy meeting to assign 20 more police officers to schools across Greater Manchester as part of a range of measures to tackle crime in “schools of the greatest need”. The alarming proposal for more school-based officers (SBPOs) was vehemently rejected by students, parents, campaigners, educators, and teaching unions, who felt an increased police presence would only risk exacerbating existing inequalities by further criminalising young people in the city – particularly those from minority-ethnic backgrounds.

In response to the decision, Trafford’s Liberal Democrat Leader Julian Newgrosh went on to publicly condemn the commitment made, stating: “Schools should be preserved as places of supportive safety, not places of punitive social control.”

No Police in Schools, the campaign working to eradicate a culture of over-policing, set up in solidarity by Kids of Colour and Northern Monitoring Police Project (NPMP), took initiatives to canvas members of the Greater Manchester community. The campaign successfully brought the issue to wider public attention, which eventually resulted in the city of Greater Manchester quietly motioning to remove and re-deploy all active SBPOs across the borough, reneging on the earlier proposal made by Burnham.

While campaigners welcomed the move from Manchester council, they argued that it did not go far enough to address the scale of the issue, as detailed in No Police in Schools’s 2020 report, titled ‘Decriminalise the Classroom’. The report, which contained over 550 responses, provides the experiences of Manchester’s young residents, who say they are plagued by policing in education and in their daily lives.

One student reported feeling anxious, on top of exams and schoolwork, about the presence of SBPOs after seeing videos of police officers targeting “people who looked like [them] online”. At several points in the report, female students note instances where aggressively coarse sexual language – such as “slut” – were used by officers to shame them.

Another recalls how a minor disagreement with another young female student was escalated by an officer and incorrectly assumed to be “gang related”. Elsewhere, one young person included in the report probed: “Why [the police] are not in Eton and Harrow?” This inquiry conducted by the joint organisations came off the back of further reports from The Guardian which revealed there were over 650 police forces actively working in schools across the UK.

The pandemic has only given police greater controls, with London Mayor Sadiq Khan calling for more police in schools to stop a “post-lockdown violent crime surge”. An investigation by VICE found the increase was as much as 20 per cent  for London schools over a period of four years. It’s clear that under the guise of safety, the government is positioning militarised entities as skilled interventionists in the place of educators, many of whom are responding to young people still reckoning with the trauma of the past year. With young people reporting higher rates of depression and anxiety, this move is clearly grossly misguided.

“Just being stopped, searched, told to move on, to disperse and targeted for other stupid punitive things – it can be exhausting. It creates an everyday anxiety that impacts their well-being.” She adds that for Black and brown communities, this anxiety is compounded by government reports that bely the evidence of institutional racism in Britain in the first place.

For campaigners in Manchester, the recent victory is just the first step in dismantling a systemic culture of over-policing that plagues Britain, in all its facets. As they put it in a statement: “the fight is not over and we will not be complacent”.

From the residents of Minneapolis to the youth of Greater Manchester, it seems the tenor of abolition is beginning – albeit slowly – to make its way into British popular discourse. Instances of deaths in police custody or following police contact here in Britain, which now stand at over 1,750 since 1990 (eight this past year alone), to the killing of Sarah Everard, should make it patently obvious that the state has no vested interest in our protection.

The student-led protests at Pimlico Academy earlier this year in response to discriminatory uniform policies show us that policing is more than the presence of physical representatives of the state consigned to schools. For children of colour, it manifests in the wardenship of their existences and bodies.

Legane wants us to confront these contradictions in Britain. They can no longer be viewed as a remote dilemma for America only. In the UK, Black people are more than nine times more likely to be stopped and searched than white people, with people from Asian backgrounds more than 2.5 per cent more susceptible to encountering police. In Manchester, that rate is five times higher for Black people.

Evidently, we live in a carceral framework which seeks to trample on the rights of children. No Police in School hope to introduce an abolitionist education so we can begin the task of mocking up a radically different future.

For organisers, the lessons taken here ought to be about the importance of building solidarity networks (locally and overseas) as shown by the relationship between Kids of Colour, NPMP and their connections to the Northwest Black Organising Forum and the Alliance for Educational Justice and Advancement Project – a network in the US comprising 23 organisations across 19 states. The victory could not have been achieved without these organising pools.

The No Police in School campaigners hope that this movement can be replicated across the country. But sustaining this effort and others like it, involves concerted grass roots activism. Petitioning members of parliament, letter writing – all of this is vital to challenging policing as it exists in the UK. In this next leg, Legane says anyone can get involved. She implores: “We need more people to get on board, we need more support.”

These organising efforts feel like a hopeful inquiry into alternate possibilities for us all. In a time where authoritarianism is becoming unshakeably evident, the Police, Crime and Sentencing Bill demands our continued resistance and Priti Patel’s plundering of migrant rights intensifies, we cannot afford for the momentum of No Police in Schools and the fire of police abolition to be lost.

Linkedin
RELATED ARTICLES
OTHER ARTICLES
Photographer Sean Maung reflects on documenting a small town in Pennsylvania afflicted by high levels of unemployment, poverty, violence, crime, and addiction.
Zsófia Sivák’s ongoing project documents the country’s tavern culture, preserving a once defining part of rural life.
After building his reputation covering the US civil rights movement in the 1960s, the photographer went on to produce some of the most enduring images of the past century.
Mass crustacean die-offs in the North East have led a community of fishermen to take action to save their seas.
After fleeing the war in Ukraine, people are finding it impossible to secure affordable and decent housing in the UK.
The pro skateboarder withdrew from the 2020 Olympic Games so he could come out as trans. Now, he’s hoping to encourage others to live as their authentic selves – within the sport and beyond.