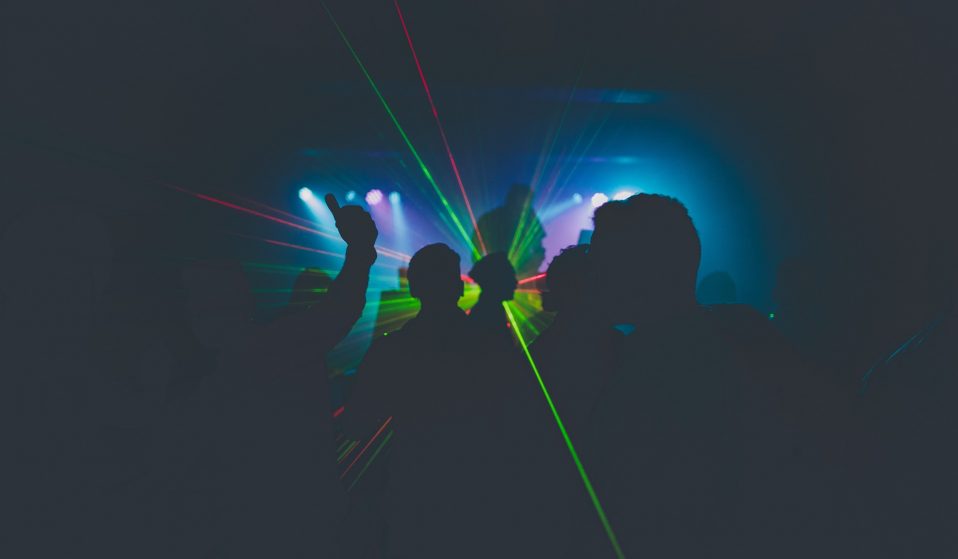 A boycott of clubs is taking place this week in a bid to push for nightlife reforms, but campaigners say demands must go further.

Student groups from more than 30 universities are planning to boycott clubs and bars this week in a bid to push for nightlife reforms following reports of spiking, but campaigners say that demands must go further.

Zara Owens says she was in agony when she woke up on 10 October 2021 and found a pinprick mark in her leg. Her memory of the night is hazy. The 19-year-old student recalls arriving at Pryzm nightclub in Nottingham but she subsequently blacked out, despite not drinking more than usual. She believes she was spiked with a needle.

Overnight, social media exploded with calls for tighter security at nightclubs while a petition calling for mandatory searches in nightclubs has received almost 167,000 signatures, meaning it may be debated in parliament. Amid the panic, experts came forward to explain why spiking by injection is unlikely to be widespread. Later on, Devon and Cornwall police gave the ‘all clear’ to three women in Exeter who feared they were spiked with a needle.

But the fear of being spiked on a night out isn’t unreasonable. In 2019, the BBC reported that there were more than 2,600 reported incidents in England and Wales since 2015, where 71 per cent were female. The actual number is likely higher. The potential of being spiked by injections added a new layer of danger to women, who have been told that they will be safe from spiking so long as they are careful to ‘watch their drink’ and ‘not get too drunk’.

As stories of women being spiked with injectables filled the headlines, students reacted quickly. Milly Seaford and Martha Williams launched the Girls Night In campaign in Edinburgh calling for a boycott of all Edinburgh nightclubs on Thursday of this week (28 October) to put pressure on venues to “take the new spiking outbreak seriously”. They sent an open letter to clubs in the city, calling for staff to undergo background checks and to be educated on drug harm reduction, bouncers to be trained to be sensitive to suspected cases, improved surveillance powers among staff,  better gender representation within these staff, CCTV to “cover every inch of the establishment”,  lifelong bans for anyone caught spiking, an on-site first aid ‘safety zone’, stricter door searches and the provision of clear lids for all cups. The campaign spread nationwide. Boycotts are now planned in cities across the UK, with many of them taking place on 27 October.

We've created a live list (https://t.co/boPXKQED6R) of all of the current GirlsNightIn Groups and upcoming boycotts dates. Below is our most up to date list. All of the groups can be contacted via Instagram. pic.twitter.com/ZYKaW3ZARP

Louisa Riley, a 21-year-old English Literature student at Newcastle University, is planning to take part in the boycott. She tells Huck she hasn’t been out since hearing the news, saying: “I can’t stop thinking that [spiking] can happen at any time, even if you aren’t drunk”.

While she was happy to hear about the boycotts, Louisa is concerned that they are coming just before the Halloween weekend, which will be a big night for many venues: “The clubs are going to be prepared to lose one night of business so I think [the boycotts] need to be an ongoing thing. I want [the venues] to realise that more needs to be done.”

In a video now liked 152,800 times, TikTok user @Libbyjelliott makes a similar point. She says that most clubs, like the one she works in, have weekly financial targets. If they don’t hit them, they will increase promotion the next day to make up for it. So, if they make a loss on the nights that the boycotts are planned for, they will “just do a deal on shots or doubles, under pour their doubles” the next day. She also argues that most club managers won’t know the reason for the boycotts, and so flooding them with emails to demand action is likely to be a more effective tactic.

These are tangible suggestions, but what is less clear is how to ensure that people feel safe in clubs in the long term. Bryony Beynon, co-founder of Good Night Out – a campaign to help nightlife spaces and organisations better tackle and prevent sexual harassment and assault – stressed that these demands must go further. “Bag searches and a heavier security presence will not provide a meaningful deterrent for spiking without also addressing root causes,” she says.

Tayla Pullman, a 20-year-old politics and history student at the University of Salford in Manchester, says the stories of increased spiking incidents have changed her perspective on clubbing. “Women have to watch themselves and their friends constantly and you should not have to worry about your safety when having fun on a night out. It’s going to take clubs putting something [substantial] out there before I feel safe in a club again.”

Others feel uncomfortable at the thought of being told to stay at home. “I think it is more important to think about how we can continue to go out and be safe,” suggests Caitlin, a 26-year-old copywriter living in Sheffield who was once spiked in a nightclub in Berlin. She understands the desire for a boycott and believes that good venues will respond, but worries about “maintaining momentum for sustainable systemic change”.

Caitlin would rather see solutions that don’t lean on state or patriarchal interventions, such as supporting DIY queer-friendly nights like Gut Level in Sheffield. Ultimately, she says, no measures deployed in isolation – such as staff training, stricter entry security, free drink protection devices and medical support for victims – will fix the problem, as we still live in a deeply-misogynistic society, one in which women still endure victim blaming.

Six years ago, Anna Cowan launched Girls Against with her friends to oppose the sexual assault and misogyny that they had almost come to expect at live music events. She says the latest news has made women terrified to be in crowds: “It’s awful because nightlife is supposed to be a fun escape,” the 22-year-old says. “I’m hoping that the boycotts will send a message to venues, but I will admit that I think there are issues with them. For example, the Edinburgh boycott is taking place on the night of an event made by and for queer women, who are trying to become a safe space.”

Anna is also worried that the boycotts are going to end with increased policing and security, which will disproportionately harm marginalised people. “You just have to look at recent history to see how police abuse their power, especially against people of colour,” she says. “There isn’t enough critical thinking about this, and it is coming from a very white, feminist privileged perspective.”

So what more can be done? “I want to see policy changes, not blanket statements on social media,” says Anna. “I want to see staff take active bystander training. I want people to be believed and cared for when they tell staff they have been spiked, rather than treated as a drunken liability.”

Bryony of Good Night Out expresses a similar sentiment: “Many nightlife staff still blame women who experience sexual assault for ‘getting too drunk,’” she tells Huck. “Perpetrators rely heavily on this social attitude to carry out their crimes, as a woman who has been drugged may be indistinguishable from someone who has drunk too much. Women who have been spiked have told us about door security ignoring them or treating them as a nuisance for this reason. This lack of care creates a perfect storm for perpetrators to remove them from the premises under the guise of ‘looking after them’. We have to break this cycle.”

While the immediate goal is for venues to respond, Anna stresses that culture change has to be the long-term goal. “I am sick of the rhetoric about how to protect yourself [from assault],” she says. “We need to make it clear that sexual violence is not acceptable in this society. It’s got to start with improved sexual education in schools to help eradicate rape culture.”

Linkedin
RELATED ARTICLES
OTHER ARTICLES
Birdy Chu reflects on documenting the historic moment in which the territory was formally passed back from the UK to China.
Following the announcement of an 80% hike in the energy price cap from 1st October, crowds gathered outside the offices of energy regulator Ofgem to protest and declare their intention to undertake a payment strike.
A group of young Palestinians have found temporary freedom in the act of parkour, reimagining wreckage and ruins as a series of high-octane playgrounds.
A 37-year-old woman shares how her abortion led her to become a clinic worker, and the abuse she’s received in that role.
In his 2008 series, the photographer pictured himself as Angela Davis, Martin Luther King Jr., Malcolm X, and other prominent figures.
Yesterday thousands gathered outside Buckingham Palace after news of the Queen’s death broke.