News & Politics / What 2022 meant for trans rights in the UK 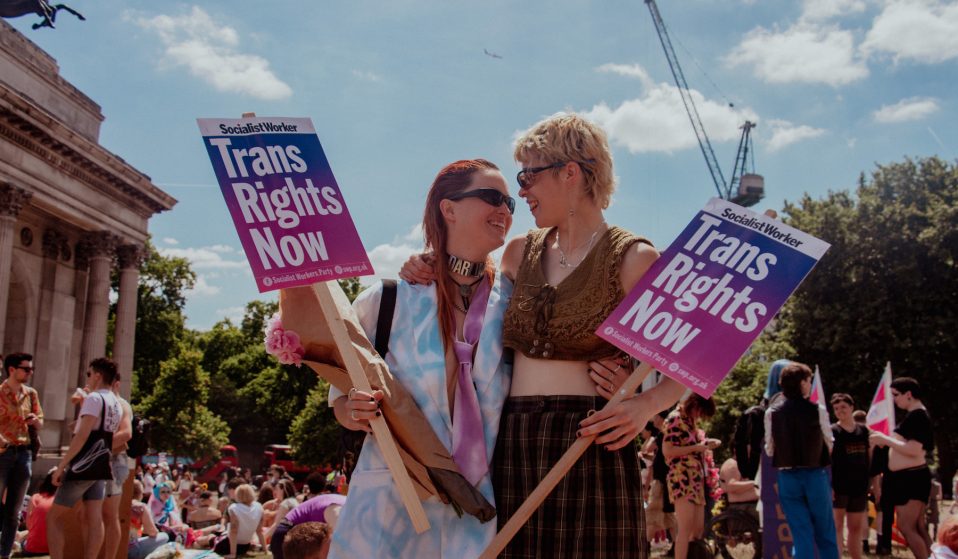 We look back on a year that saw solidarity and strength in the face of huge blows to the trans community.

We look back on a year that saw solidarity and strength in the face of huge blows to the trans community.

I know I speak for many young trans people when I say that 2022 has been a frightening year. Despite celebrating important personal milestones, these highs were often overcast by major blows to people in my community. In 2022, hate crimes against trans people have doubled from the previous year, while experts warned that trans people’s mental health is at a breaking point.

Although this year has no doubt been difficult, it has been reassuring to see how the trans and wider queer community has come together to fight for our rights and to continue to educate people about our daily struggles. This sense of community was deeply felt at London Trans Pride this year, which saw 20,000 people take to the street to call for the end of the oppression of trans people, marking the largest-ever gathering in the event’s four year history. Meanwhile, the work of organisations like Gendered Intelligence, TransActual and Mermaids has offered a vital lifeline for trans people, stepping in to protect trans lives where the government is failing to.

Below, we look back on the year in trans rights in the UK, and what the future might hold for trans liberation.

Reasons to be hopeful in Scotland

The 2nd of March marked the date that the Gender Recognition Reform (Scotland) bill was announced by the Scottish Parliament. It aims to decrease the time taken to be eligible to apply for a Gender Recognition Certificate (GRC) in Scotland from two years to six months, while removing the medical requirement to transition. It will, for the first time, allow trans people to self-identify.  Under the proposal, applications will be handled by the registrar general for Scotland, resulting in the lowering of age requirement from 18 to 16. This means people can be legally recognised in how they self-identify at a younger age.

The bill is currently at Stage 3, meaning MPs can make final changes, debate and vote on to whether to pass the bill. Many young trans people like me hope that during 2023 it will be passed and it will mark a huge departure from the current system. It’s under that system that I received my GRC – three and a half years after socially transitioning. This bill is vital as it begins a move away from the medicalisation of being trans with the understanding that not all transgender people may want to access hormones or gender reassignment surgery. 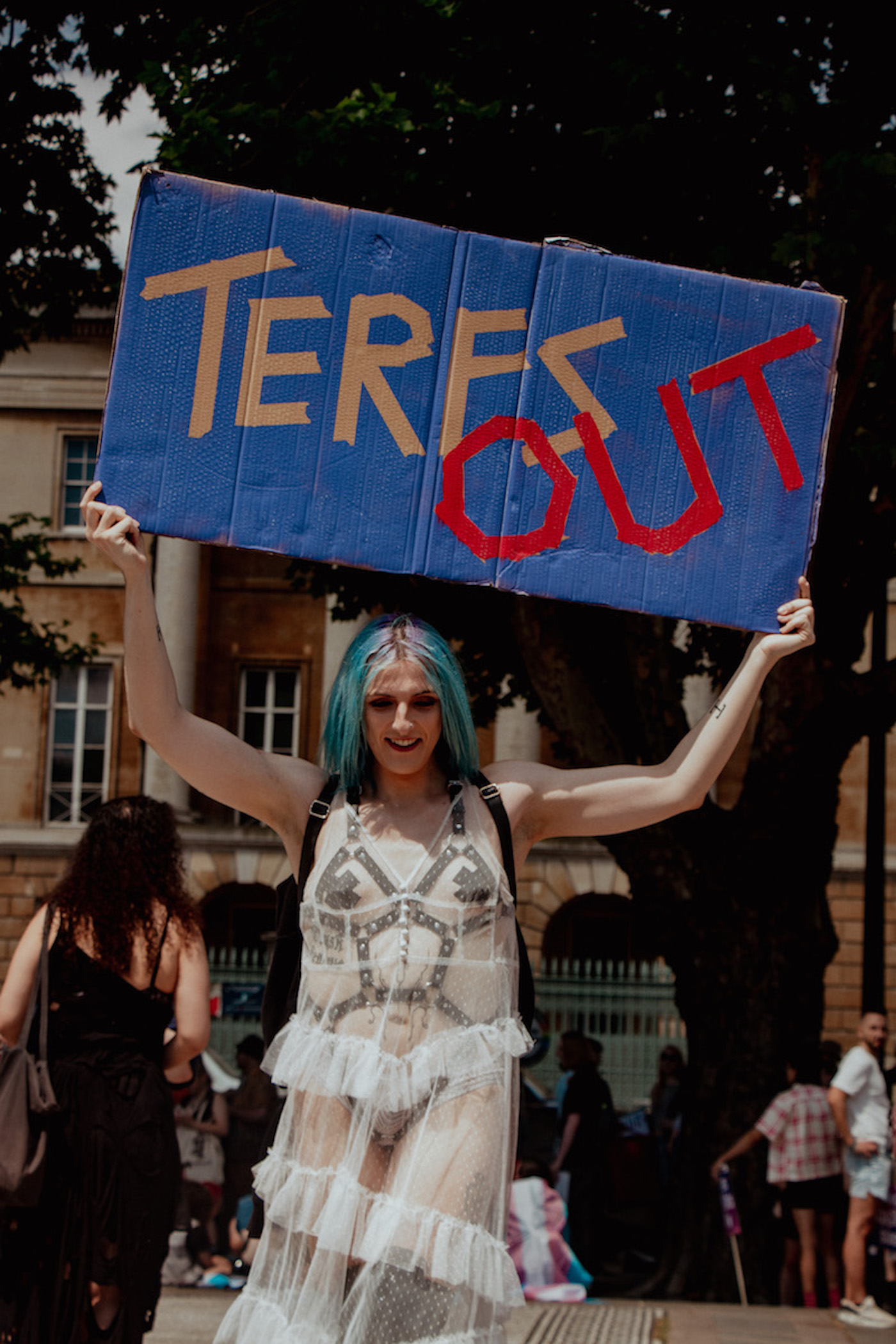 At the end of March Jamie Wallis became the first openly trans MP in the UK. “I had no intention of ever sharing this with you,” Wallis wrote in a post on his website, “I always imagined I would leave politics well before I ever said this out loud”.

It is reassuring that he is using his platform to call out transphobic remarks: Wallis recently accused his fellow Tories of “weaponising” trans issues in the leadership race. It is my hope that Wallis can use his position to reform and educate the government from within, and that his presence as an MP might also dampen the prospects for a culture war some Tory figures believe should be fought for political reasons. But considering that only last month Prime Minister Rishi Sunak announced plans to review where trans rights stands in the Equality Act, this is perhaps optimistic thinking.

This year saw an escalation of the hysteria around trans people participating in sport. In April, the UCI (Union Cycliste Internationale) required transgender athletes to provide a declaration that their gender identity is female and demonstrate to a panel that the concentration of testosterone in their body is less than five nanomoles per litre for 12 months.

In June, FINA (The International Swimming Federation) voted to stop transgender athletes competing in woman’s elite races if they have gone through any part of the male puberty. In June, the IRL (International Rugby League)/RFU (Rugby Football Union) announced that transgender athletes would be banned from competing against cisgendered females. A month later, the British Triathlon became the first sport in the UK to ban transgender athletes from racing in the female category at elite and grassroots level, creating a new ‘open’ category including all “male, transgender and those non-binary” athletes “who were male sex at birth”.

Speaking about the decision from British Triathlon, Amy Gadd, triathlete and director of operations and direct service delivery at Mermaids, told Pink News: “This only serves to segregate women and girls which is not good for anyone. I now have to make the decision as to whether I want to take part in a sport that doesn’t recognise me as a female.”

It is devastating that people are being prevented from taking part due to a lack of understanding and concrete evidence surrounding these policies. With sport being fundamental to people’s mental and physical health, every person old and young should be able to access it regardless of their gender identity. 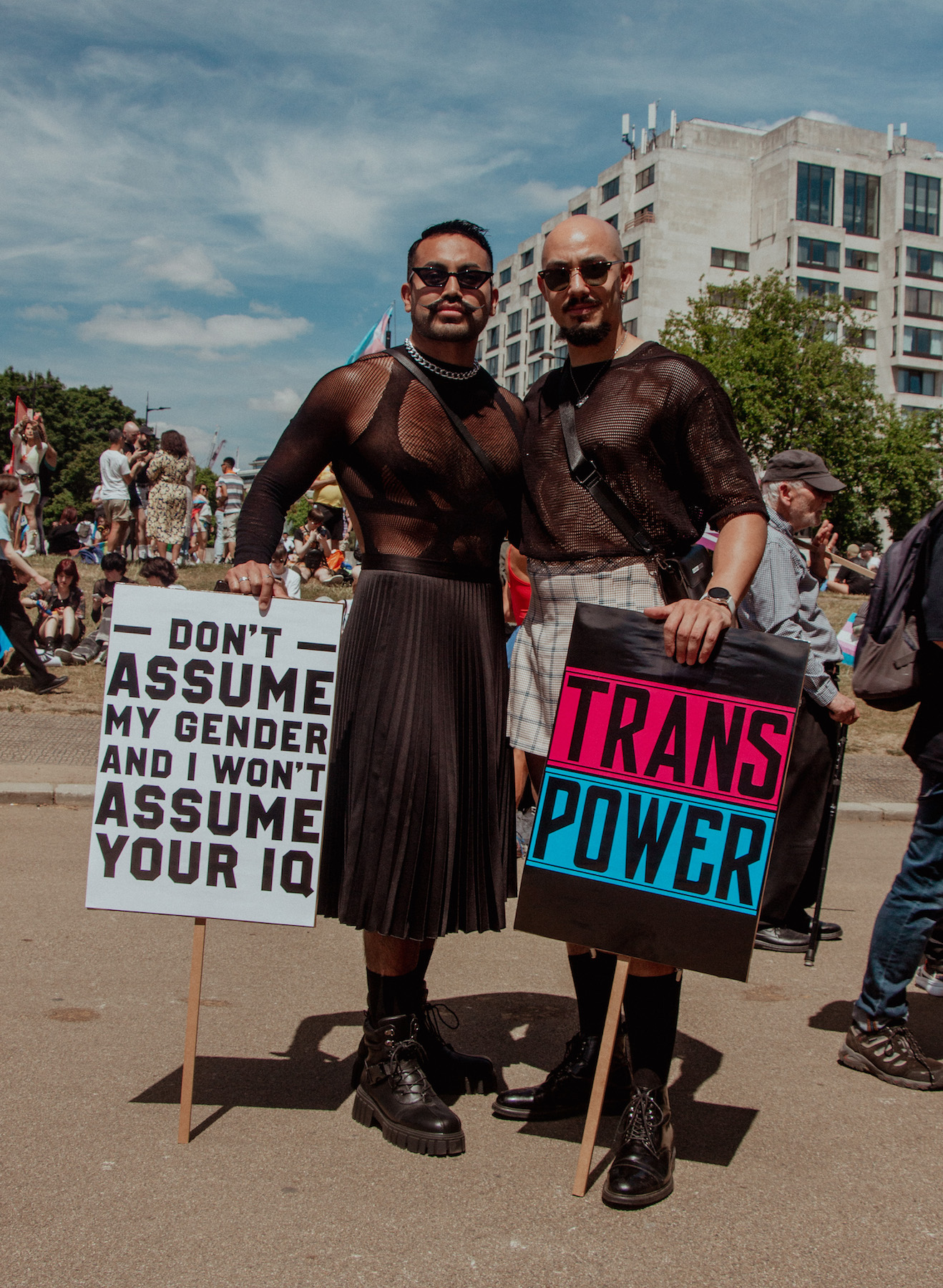 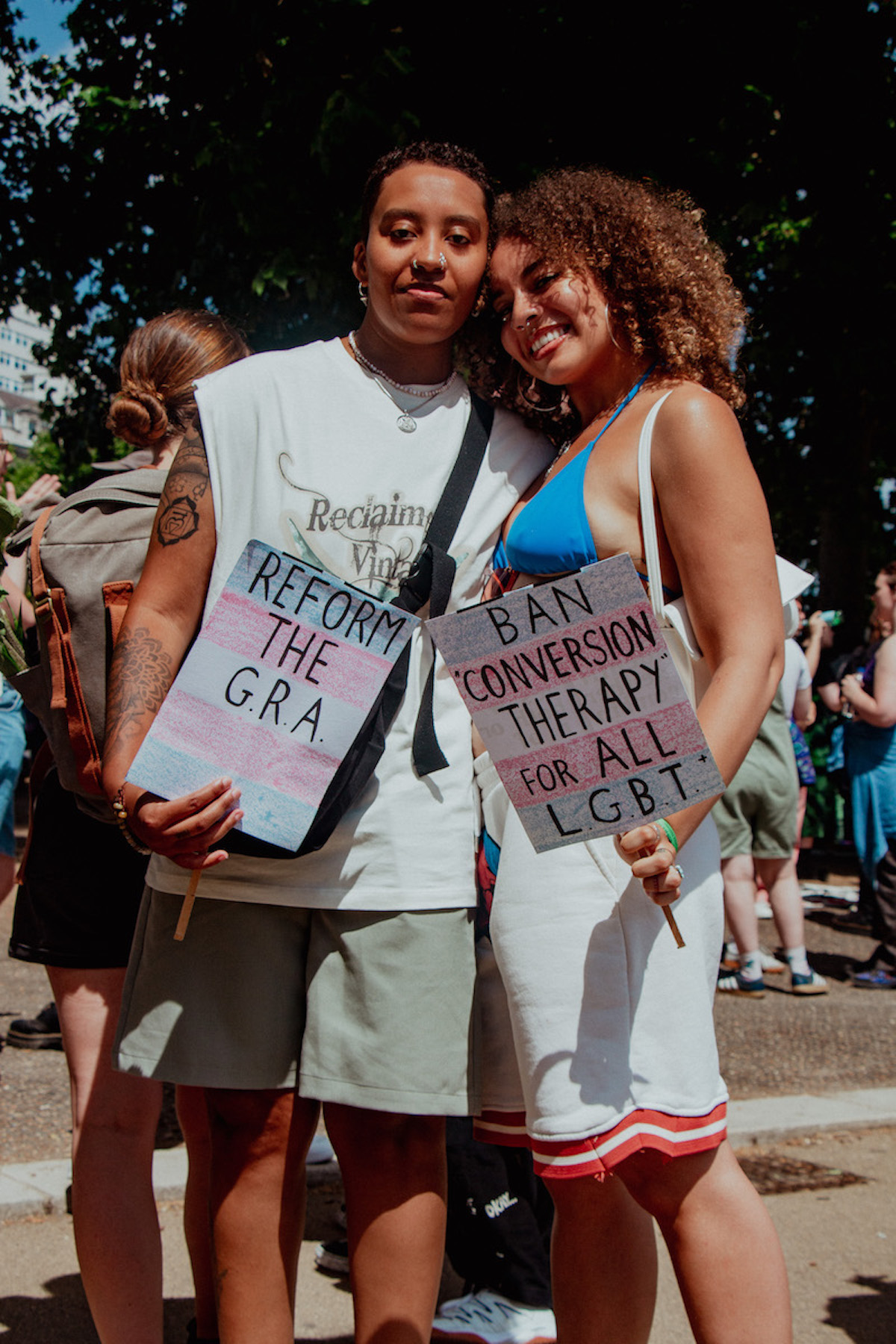 No LGB without the T

In the government’s 2018 LGBT action plan it was promised that they would ban conversion therapy, and in May 2021, they committed to this. However, 10 months later, they backtracked on this commitment, meaning transgender people would be excluded from the protection of this bill. This caused hundreds to protest outside of Downing Street in April and a petition to start (which had over 149,000 signatures) to spread the message that there’s no LGB without the T.

The government’s own research (2018 National LGBT survey) found that 7% had been offered or undergone conversion therapy, and with transphobic hate crime seeing a continual rise year-on-year, it’s a dangerous message to be sending to the public. 54% of trans young people have depression and/or anxiety and 72% have reported that they have self harmed. The exclusion of transgender people from this bill was a devastating blow to the community.

Looking to the future

With the closure of Tavistock – the gender identity service that under 18’s are referred to – expected by Spring 2023, I hope it will mark the start of a momentous overhaul of the current system; a modern, efficient service that delivers high quality care to the young people who rely upon it. This is urgently needed. I hope this will be the start of a move towards a regionalised care approach, with a development of education for all of those involved. It is also important to note a substantial increase in recruitment needs to occur to ensure the service can meet the demands of the community and put a stop to the ever-ending waiting lists which we see in the current model.

I hope that 2023 will be the year where I see myself represented and portrayed in the media as who I am and not a misrepresentation based upon outdated stereotypes. I hope it will be a year where I can turn on the TV or scroll through my newsfeed without the fear that my rights are at risk of being taken away by policy makers, and that it will be a year where casual transphobia is called out by the masses.

Linkedin
RELATED ARTICLES
OTHER ARTICLES
A recent High Court ruling against the right to wild camp in Dartmoor National Park sparked the largest land protest in history – and campaigners say their fight is not over yet.
Filmmaker Laura Poitras discusses her new documentary which traces the remarkable life of the artist-activist and the impact of her battle against the US opioid crisis.
The action took place in response to the 200 asylum-seeking children who were placed in hotels run by the Home Office who have gone missing.
David 'Dee' Delgado’s photo project is about honouring and uplifting the city of his youth, and a world rapidly disappearing under the relentless onslaught of gentrification.
A new podcast is opening up the conversation between trans women and trans amorous men in the hope of building coalitions.
As she gears up for the release of her first book, the 24-year-old climate activist talks standing up to authority and building a more inclusive movement.