News & Politics / What it’s like to overcome addiction with psychedelics 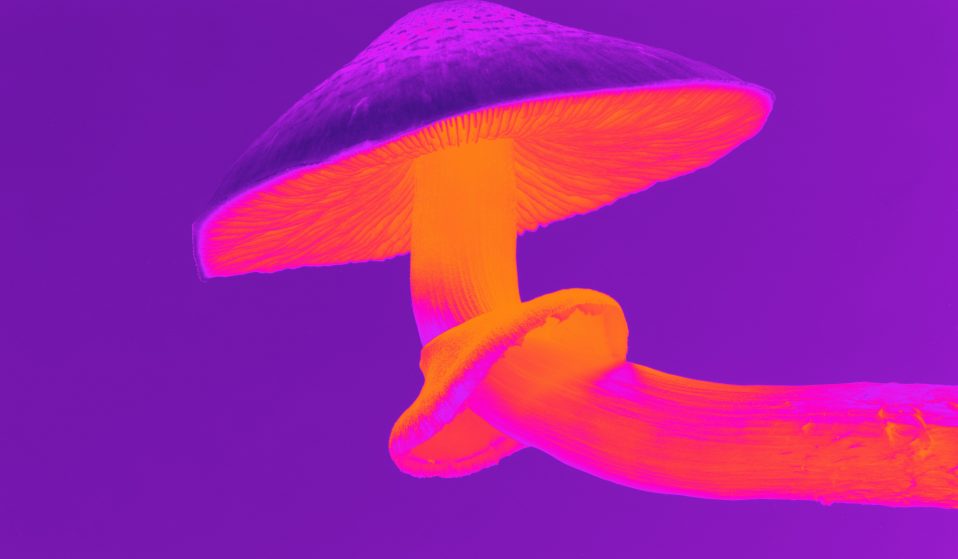 When it comes to depression, the power of psychedelics is well-established – and now, research is highlighting the drug’s potential for treating substance abuse.

In the past few years, there’s been a huge shift in how people view psychedelics. Trailblazer state Oregon legalised psilocybin for therapeutic use in 2020, which sparked similar changes to legislation in places like Denver, Washington and Santa Cruz. Colorado is the latest state to join the ranks, after voting to decriminalise plant-based psychedelics earlier this month.

This can be put down to a spate of research showing psychedelics can help treat mental health disorders like depression, PTSD and OCD. But a less chartered area is how psychedelics could be used to treat addiction.

A recent study in JAMA Psychiatry found a link between magic mushrooms and managing substance abuse: of the participating heavy drinkers, 83 per cent were able to majorly cut back alcohol use after psilocybin-assisted therapy.

Stories from around the globe indicate that this study is no fluke. Mike Shultz, a 39-year-old Massachusetts-based pub and grill worker, began taking painkillers such as oxycontin and Percocet at age 16, and by his mid-20s, he was “fully addicted and a full-blown alcoholic”. He started using heroin aged 32.

“Then it turned to fentanyl, and all my friends were dead,” he says. “A lot of family members died, and then I died a couple of times. I had been married and I destroyed my marriage. I am still not allowed to see my daughter from that marriage because of my behavior.”

In 2007, the 39-year-old’s father passed away from pancreatic cancer. “I was watching him slowly die, but all I could think of was getting back to his house after he passed so I could get his oxycontin,” he says. “Everything in my life revolved around lying, scheming, stealing, cheating to get drugs.”

Then a DMT trip changed his life. Taking the powerful psychedelic felt like a “punch to the stomach”. “I went to a different universe on it,” he recalls. “Over the next week or so, I really started to look at myself. It helped me see myself for who I really was.”

After a series of “brutal realisations”, Shultz made a choice: “I was either going to die or I was going to really live life and be the best kind of person I could be.” His last trip was both powerful and terrifying. He remembers living multiple lives: “I saw the life I live with anger, and I end up back on drugs at some point because of it, and my life ends up horrible and I die, but I also saw my life if I’m kind, and I’m honest, and I’m loving – and it’s a beautiful thing.”

Shultz is now focusing on repairing the relationship with his children: “I don’t think it would be possible for me to go back [to addiction] as I think the psychedelics literally reset my brain,” he says. “My mind just doesn’t work the same way it used to. It’s like the scattered thoughts that were too fast for me to understand, they slowed down a bit.”

Magic mushrooms also “dramatically” reshaped the life of Remi Veilleux, a 45-year-old technician from Canada, who had drunk solidly for two decades until the age 43. “It becomes hard to lie to yourself on psychedelics”, he says. Veilleux finds the subconscious and conscious mind communicate while tripping, letting him dig deeper into what triggers him and why. “That’s what unlocks my potential to stop drinking and become a better person.”

So, what’s the science behind all this? David John Nutt, a neuropsychopharmacologist specialising in the research of drugs that affect the brain and conditions such as addiction, anxiety, and sleep, has some answers. “When you’re using [psychedelics in] clinical trials, it’s about disrupting the repetitive thought loops which underpin addiction, as people are continually focused on finding the drugs and using them or hiding them. That dominates the lifestyle,” says Nutt. “That’s what addiction is – it’s a distortion of mental flexibility, so everything is focused on the love object of the alcohol.”

Psychedelics stimulate a particular receptor in the brain called the 5-HT2A receptor, he explains. That receptor is highly expressed in the most evolutionary recent parts of the human cortex – the parts which make humans distinct from other primates. This is where high-level thinking happens, including reflecting and remembering.

In the ‘addicted mind’, this thinking is often over-focused on obsessive thought patterns about the object of addiction. However, psychedelics disrupt these processes, meaning people can escape this ‘over-focus’, somewhat ‘reset’ their brain, and afterwards, learn not to be so obsessed with the substance.

Huck asked alcoholics on Reddit on three subreddits – r/alcoholics, r/sober and r/dryalcoholics – whether they’d consider psychedelic treatment in recovery if it were legalised. The majority of the 385 surveyed (63%) across the subreddits answered yes. However, for 15% it’s a maybe, and for 22%, the answer was no.

The response from Hartford CT resident Jesse, who was disabled via heart failure from drug use, was “no chance”. He says: “If someone cosigned me using psychedelics as being clean, even administered in a clinical setting, I’d take that as license to get my own to ‘self-medicate’ myself at home 24/7.

“If I did discontinue psychedelics as a chemical treatment for addiction, I’d then revert right back to whatever I was using before when I came off. I’m that abstinence-or-nothing addict.”

However, according to Nutt, progress in psychedelic-assisted therapy has little to do with the drug itself, and more to do with that drug facilitating behavioral change. For instance, his team had recently treated a person who had ketamine dependence with ketamine. “It worked very well,” says Nutt.

“If you’re using it for fun, it will keep giving you fun and you’ll end up being dependent,” he explains. “If you go into therapeutic sessions and take it for your mental health, you’re encouraged to think about what it could be like without using it daily. Then, you can change your attitude towards the drug because that’s what you’re trying to achieve.”

Ben* from Scotland, who wishes to remain anonymous, has also transformed his relationship with other substances through psychedelics. He had been smoking daily, numbing thoughts with alcohol, and taking drugs like MDMA to because he “couldn’t enjoy a night out without it”. At the end of each night, he’d think, “I don’t want this to end, we’re gonna keep the night going,” before crashing in someone’s living room.

Taking magic mushrooms taught him to enjoy good times because they were temporary, the same way a flower was beautiful as it “wasn’t forever”. He also learnt, through tripping, to regulate feelings better. His physical cravings for drugs have reduced as he’s able to sit with emotions and assess whether they’re useful in various situations.

Ben has also gotten into foraging for liberty caps, which he says adds a spiritual and meditative element to the experience, as you’re spending a few hours focusing on the ground, being in nature and not thinking about anything else. “The reward is, when you get home, you get a trip,” he says. “All of these factors have contributed to this mindset where I find I don’t need to have any more, I can appreciate what I’ve got.”

Nutt stresses the most powerful effects happen when patients see a psychotherapist alongside psychedelic therapy. The professional can help make sense of the new modes of thinking and insights that emerge through a process called neuroplasticity. “Psychedelics create enduring and powerful changes,” he says. “They don’t just break down what was there before, but they help you consolidate a different way of relating to the stresses of life.”

He continues: “It’s not that they’re replicating other treatments faster, they’re working in a fundamentally different way in different parts of the brain.

“That’s why they’re a really exciting development, because the science has shown their therapeutic mechanisms are unique and special, and therefore potentially much broader than where we’re looking at present.”

As both the research and the lived experience of people who’ve used psychedelics show, the future looks bright for this new form of therapy.  It’s about time the world woke up to the benefits of psychedelics for treating addiction.

Linkedin
OTHER ARTICLES
Adrian Fisk recalls documenting the fight in Newbury to prevent the felling of 350 acres of ancient woodland to make a motorway bypass.
The Egyptian government are continuing the repressive mistreatment of environmental campaigners.
Amid soaring inflation, more families are having to turn to the kindness of strangers to shoulder the cost of dying.
This afternoon, workers of the hospitality chain came together to call for better pay and working conditions.
On the tenth anniversary of attempting to take his own life, writer Ben Smoke reflects on what he’s learned – and the road ahead.
The hate Just Stop Oil faced after throwing soup over a Van Gough painting has been immense. Here, they explain why it won’t deter them.