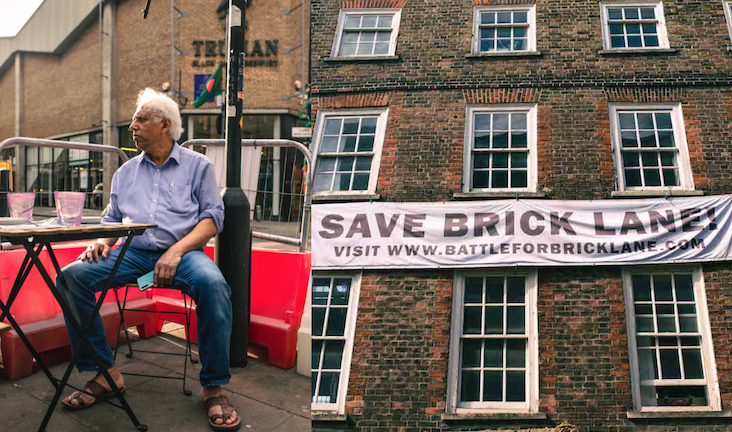 The iconic East London location has long been a vibrant pocket of Bangla culture. But with rising rents and plans for a new shopping mall, can this community survive the threat of gentrification?

The iconic East London location has long been a vibrant pocket of Bangla culture, it‘s curry houses a symbol of Bangladeshi resistance. But with rising rents and plans for a new shopping mall, can this community survive the threat of gentrification?

Growing up as a British Bangladeshi in East London, every weekend, my Baba (dad) would take us on a drive deep into the East End. We lived out in Ilford in a leafy, fairly middle-class suburb, and at the time, there weren’t many Bangladeshi-run shops nearby. These trips to the heart of Banglatown would lead us to the many cash-and-carrys, mas bazaars (fish shops) and mishti dukans (Bangladeshi sweet shops) that line Brick Lane.

Here, we could find a taste of home; rare splashes of sun on this cloudy island. I’d trail around behind him as he haggled, avoiding the smell of the fish counters and gazing yearningly at my favourite purchases: huge khatols (jackfruits), boxes of imli (tamarind) so sour it would leave you with a stomach ache, and bars of pressed mango and chilli that made your mouth flood with saliva on the first bite.

When, at school, my friends started pushing for us to visit the street on days out, I was reluctant. What could there possibly be for 15-year-old girls on that road? It had been a few years since I’d last visited, but in my mind’s eye, it was full of ramshackle curry houses and supermarkets. When we visited, I was shocked by the queues of thrift shop-frequenting hipsters bustling along the narrow pavements. Suddenly, there were trendy dessert shops, nearby Prets and kilo sales. Meanwhile, the waiters from the curry houses, once heaving with revellers in the evenings, were now wandering along the road, handing out sticky business cards and soliciting customers. 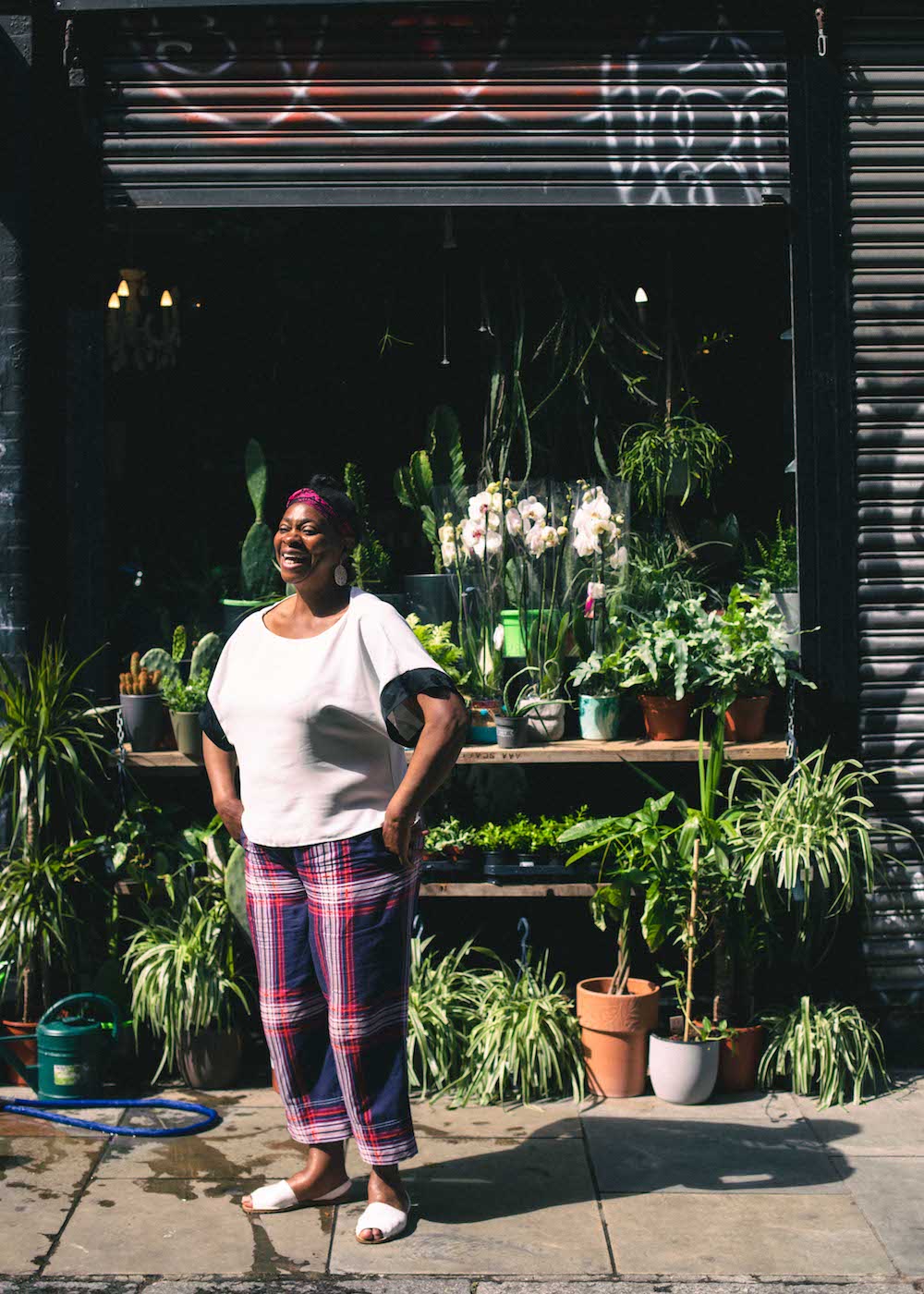 Today, Brick Lane remains a cultural hub for British Bangladeshis. It’s the home of London’s second-biggest street festival, Boishakhi Mela, which marks the Bengali New Year. It also forms part of the Spitalfields and Banglatown ward in Tower Hamlets, which houses the largest British Bangladeshi community in the country. These facts have rendered the street a home for political activity.

Although Bengali immigration to the area stretches back to as far as the 1600s, Bangladesh is a very young state, celebrating the 50th anniversary of its independence earlier this year. While the country went through turmoil in the 1971-72 war against Pakistan and faced genocide, there were British Bengalis in the area protesting for change and support ‘back home’. Following the nearby racist murder of Altab Ali, a British Bangladeshi textile worker, in 1978, a park at the bottom of Brick Lane was renamed in his honour.

But as the city creeps East, gentrifiers move in and rents go up, the working-class Bangladeshi community is under attack. According to the Runnymede Trust, British Bangladeshi families possess only 10p for every pound owned by their white counterparts. It’s no wonder, then, that the community has been struggling for some time. 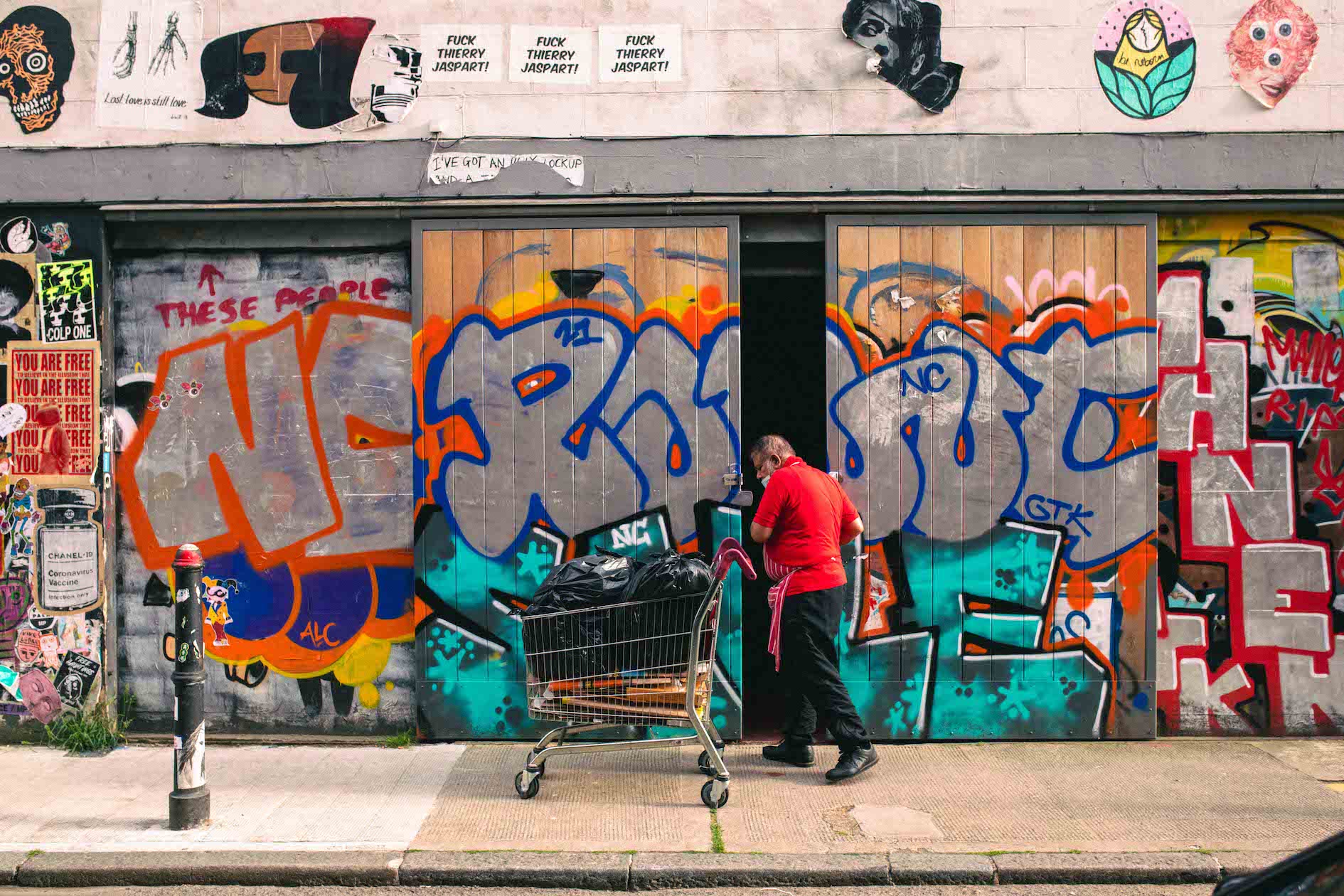 The Truman Brewery is a key landowner in the area. In February 2020, they submitted a planning application for a five-storey office building and shopping centre at the intersection of Woodseer Street and Brick Lane – a plot of empty land marking the physical divide between Brick Lane north and Banglatown. Battles between locals, enraged by the prospect of being consumed by the City, and the Brewery owners continue.

Dr Fatima Rajina is a fellow at the Stephen Lawrence Research Centre at De Montfort University specialising in issues of British Bangladeshi identity. She’s also a member of Nijjor Manush, a group formed by and for British Bangladeshis to campaign on issues affecting the community. They’ve been a driving force behind the coalition of groups fighting against the proposed developments. She says that the introduction of such developments in the heart of immigrant communities is an ongoing trend, and one which is seen starkly in nearby Stratford.

“It was interesting to see how [the government] were tapping into our ‘multicultural city’ to entice internationals… But in reality, these very communities were set up and industries were weaponised by the government to sell particular ideas of the nation when in fact, those very people are never included in the nation,” says Rajina. 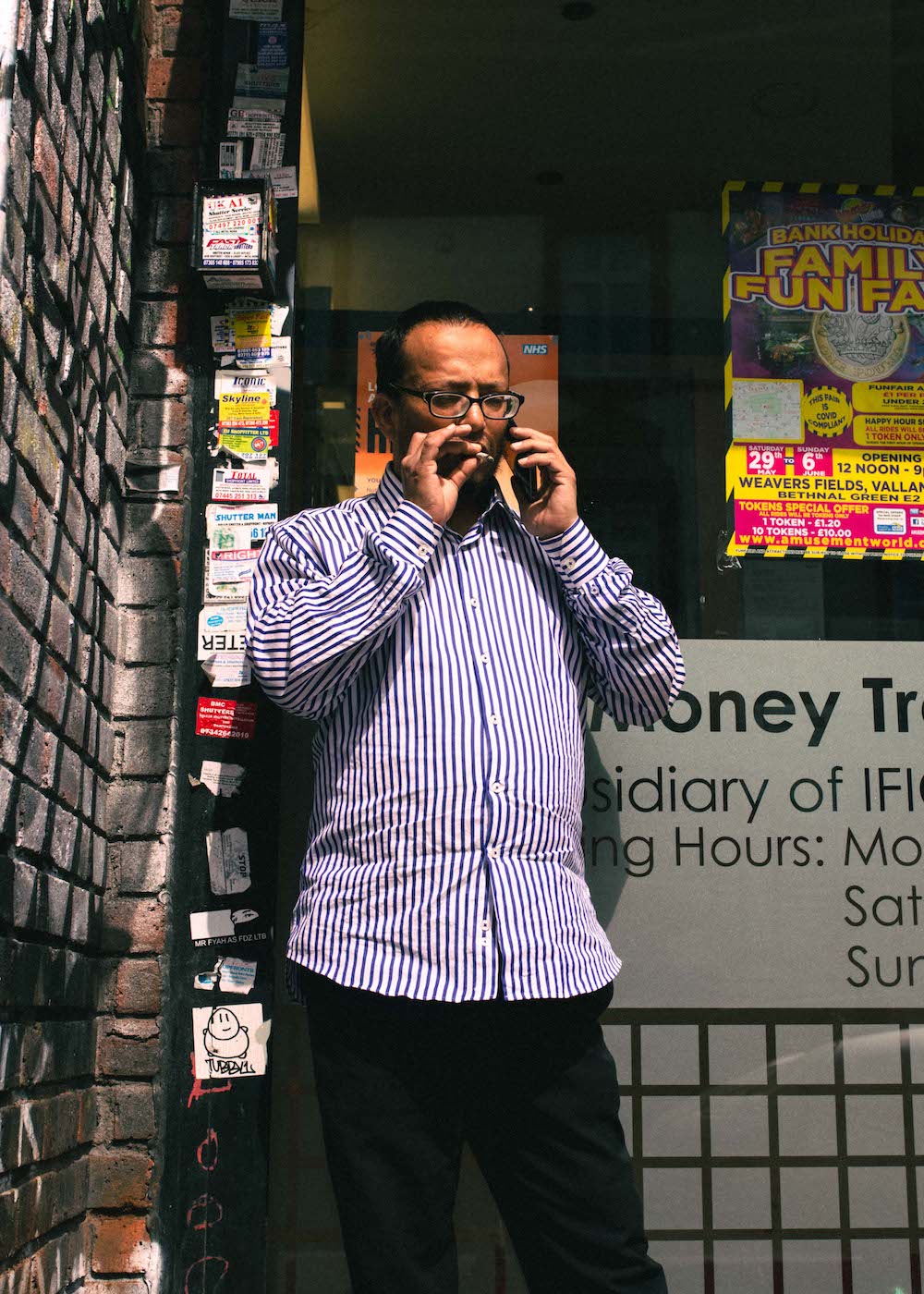 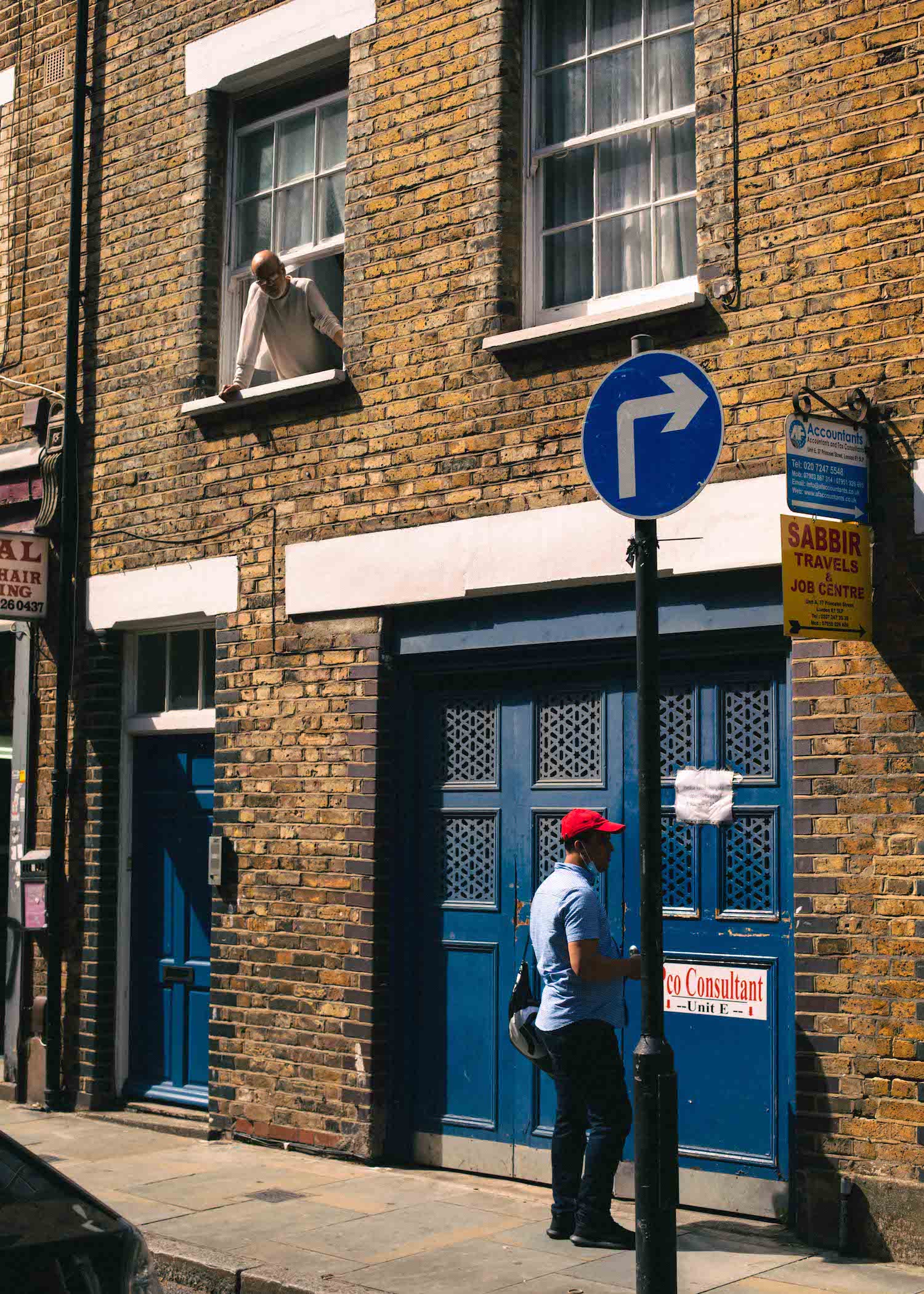 Rajina describes the curry house boom as a “revolution” on the part of the British Bangladeshi community. Today, the industry is worth more than £5 billion. Despite this, it’s been decades since the saag aloo-slingers of Brick Lane hit their stride. Rajina marks the ‘70s to the ‘90s as the industry’s golden age. “Professor Paul Gilroy refers to the multicultural period as the generation of saris, samosas and steel bands… In a cultural sense, it’s been a part of the British landscape, it’s been a part of its songs when the English team plays football, referencing vindaloo and jalfrezi.”

The iconography of the traditional curry house is a familiar sight, often characterised by chairs covered in a sticky plastic-coated fabric, murals of the Taj Mahal on walls, paintings of peacocks and small TVs often descending from corners, playing classic Bollywood movies on repeat. Although most British Bangladeshis in East London are the children or grandchildren of curry houses (myself included), very few of us would eat at these restaurants ourselves. Their menus were, after all, dominated by what Saif Osmani refers to as “colonial curries”.

Osmani is a member of Spitalfields Housing Association and an artist working in Brick Lane, born on nearby Woodseer Street. He says that despite the ongoing decline of the curry house, many of these restaurants have been carving out new futures for themselves. The community has been faced with a changing palate as customers increasingly prioritise their health and a certain image of themselves (whether for good or bad, as he notes), a growing awareness of more authentic regional cuisine, and the increasingly common rejection of binge drinking often tied to the consumption of ‘Indian’ takeaways. 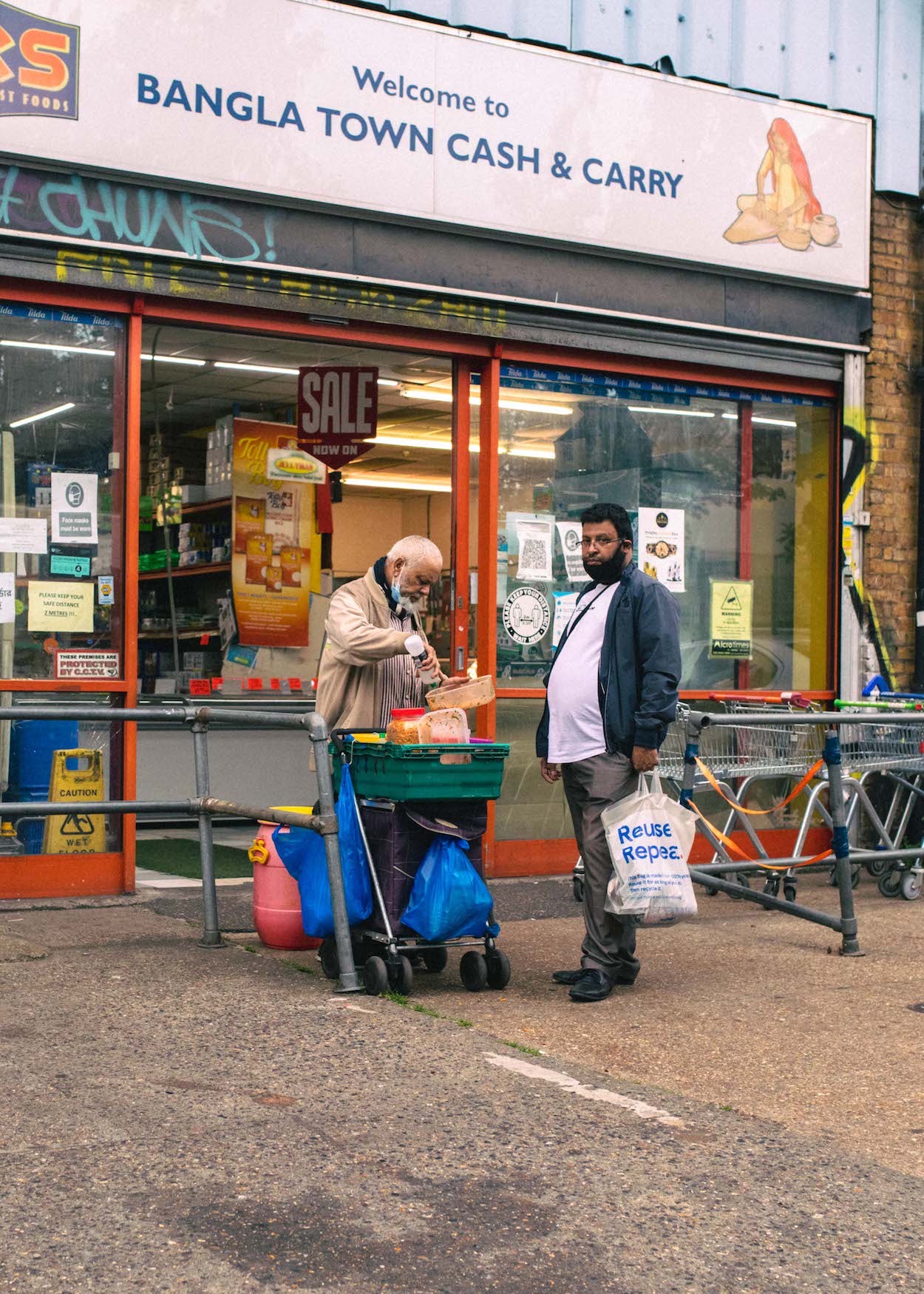 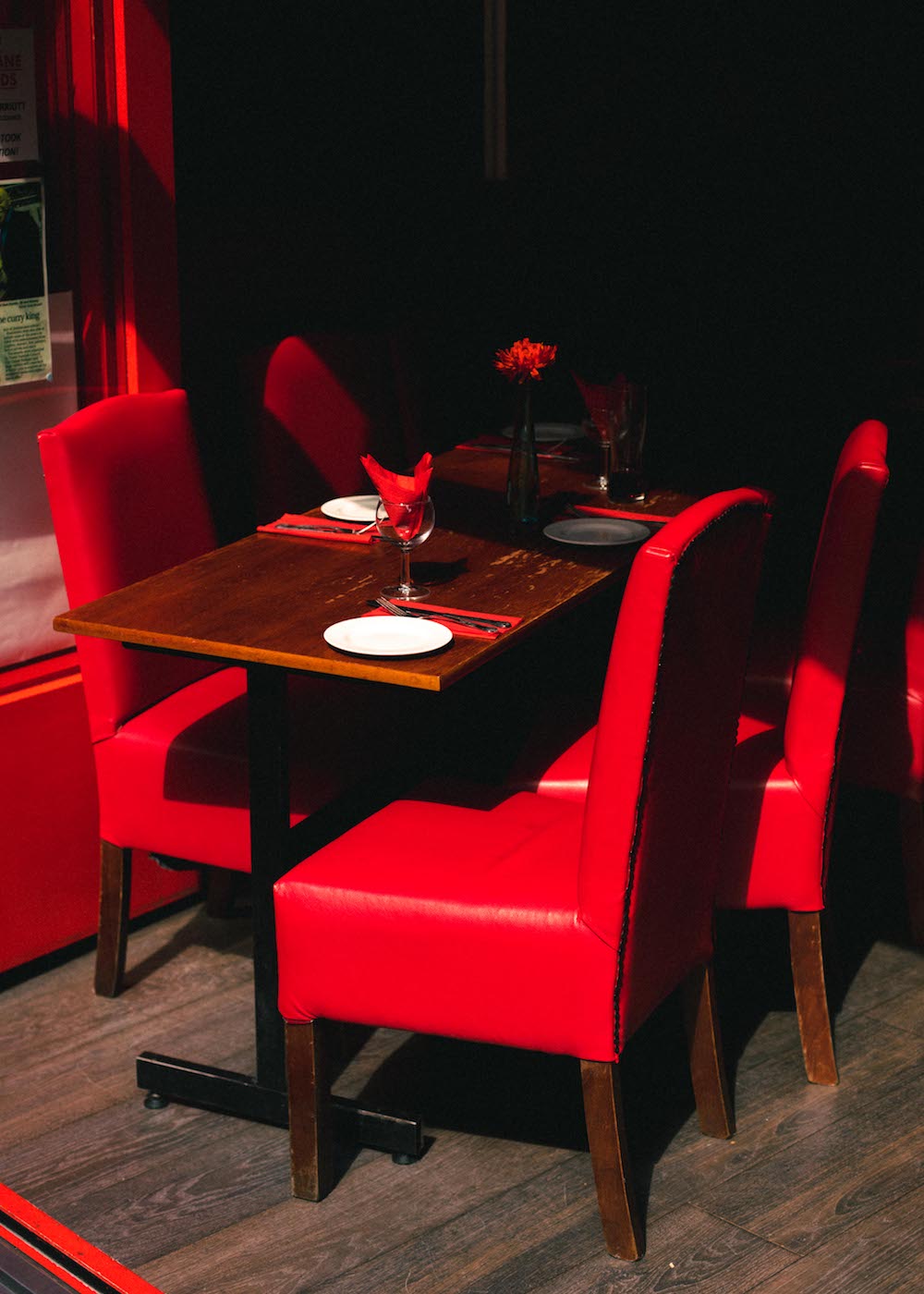 The closure of Vibe Bar in 2014, previously responsible for waves of hungry customers after nights out, took with it much of the restaurants’ clientele. The community’s been dealt a bad hand in the face of the pandemic, too: according to the ONS, Bangladeshis were three times more likely to die from Covid-19 than their white counterparts.

Despite this, some in the community have turned to different wares. Some have sold street food instead, while others focused on regional, home-style dishes. Yet if the challenges continue to stack up, the likelihood of their success against the odds becomes ever smaller.

There are those in the local community who lend the developments their support. With antisocial hours and little pay, it’s no surprise that so few second-generation British Bangladeshis have been tempted into the industry. However, Azad Islam – the son of the owner of Aladin, a traditional Banglatown curry house – says that the developments would provide the area with greater footfall and that he, as a local, deserves to benefit from it. The opposition to the development, he claims, comes from outsiders without the “moral right” to speak on a community that they’ve not built.

Other local businesses don’t seem won over. A video posted to Nijjor Manush’s Instagram purportedly shows a worker from Bangla Cash and Carry, whose lease is owned by the Brewery, claiming that it won’t be renewed and that the Brewery has been using intimidation tactics to draw them out. 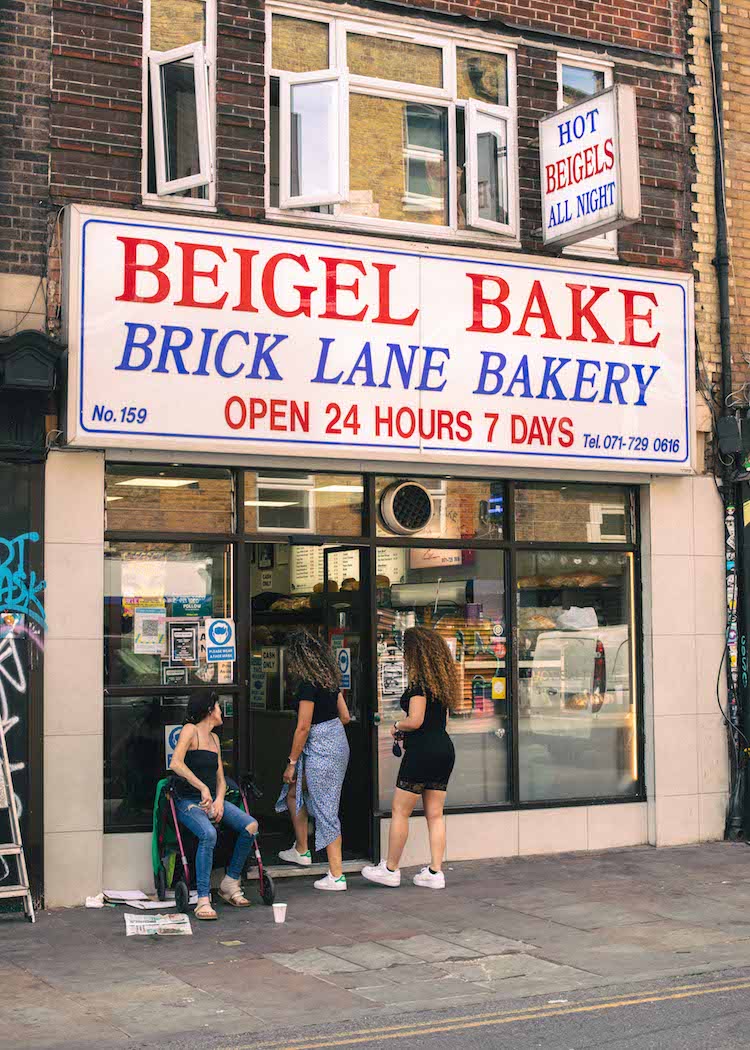 Rajina notes, too, that the community has been mis-sold previously. During the campaign for the UK to leave the EU, Priti Patel (at the time Secretary of State for International Development) had been tasked with winning over the curry industry. Much of the community was persuaded, under the impression that Commonwealth citizens would be prioritised under immigration reforms, allowing owners to recruit from ‘back home’ and providing the industry with a much-needed lifeline. Five years later, with an income threshold for immigrants that far surpasses exploitative curry house wages, no such option is in sight.

If the Truman Brewery’s development goes ahead, it’s likely that this glimmer of hope will disappear, according to the predictions of Krissie Nicolson. Nicolson is a member of the East End Trades Guild. She notes that the area has always been a hotbed of immigration and working-class identity, from the Huguenots to the Ashkenazi Jewish community, to the British Bangladeshis of today. “It’s always been a place of refuge,” she says, “and a place for innovation in terms of social justice and in terms of its culture.” With rents skyrocketing and wages failing to keep up, it’s unlikely that the area will be home to further waves of such vulnerable immigrants. Many locals themselves have ventured eastward to areas like Romford and Dagenham to escape the looming claw of the City.

Rajina’s fears are darker. At one end of Brick Lane, in Banglatown, street signs appear in both English and Bangla. Lampposts are painted in the deep green and red of the Bangladeshi flag. Beyond the road’s intersection with Woodseer Street, these marks of British Bangladeshi pride disappear. Historically, this has always been the end of Banglatown. With a National Front base in Bethnal Green, the children would be warned of venturing any further. Today, the threat of ‘Paki-bashing’ is rarer, but the threats to the community’s identity continue. If the development of the Truman Brewery is to go ahead, these battle lines will become starker. 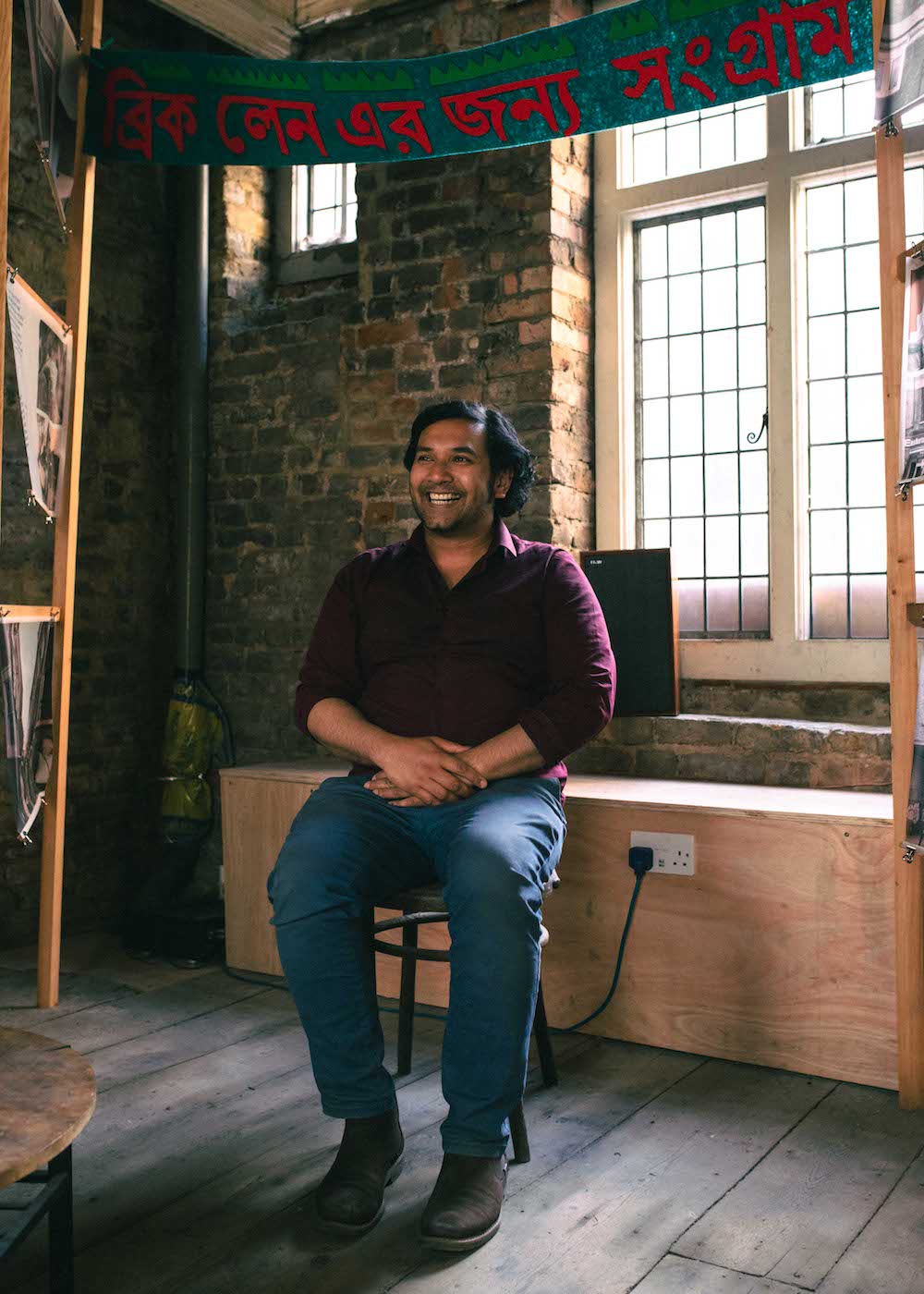 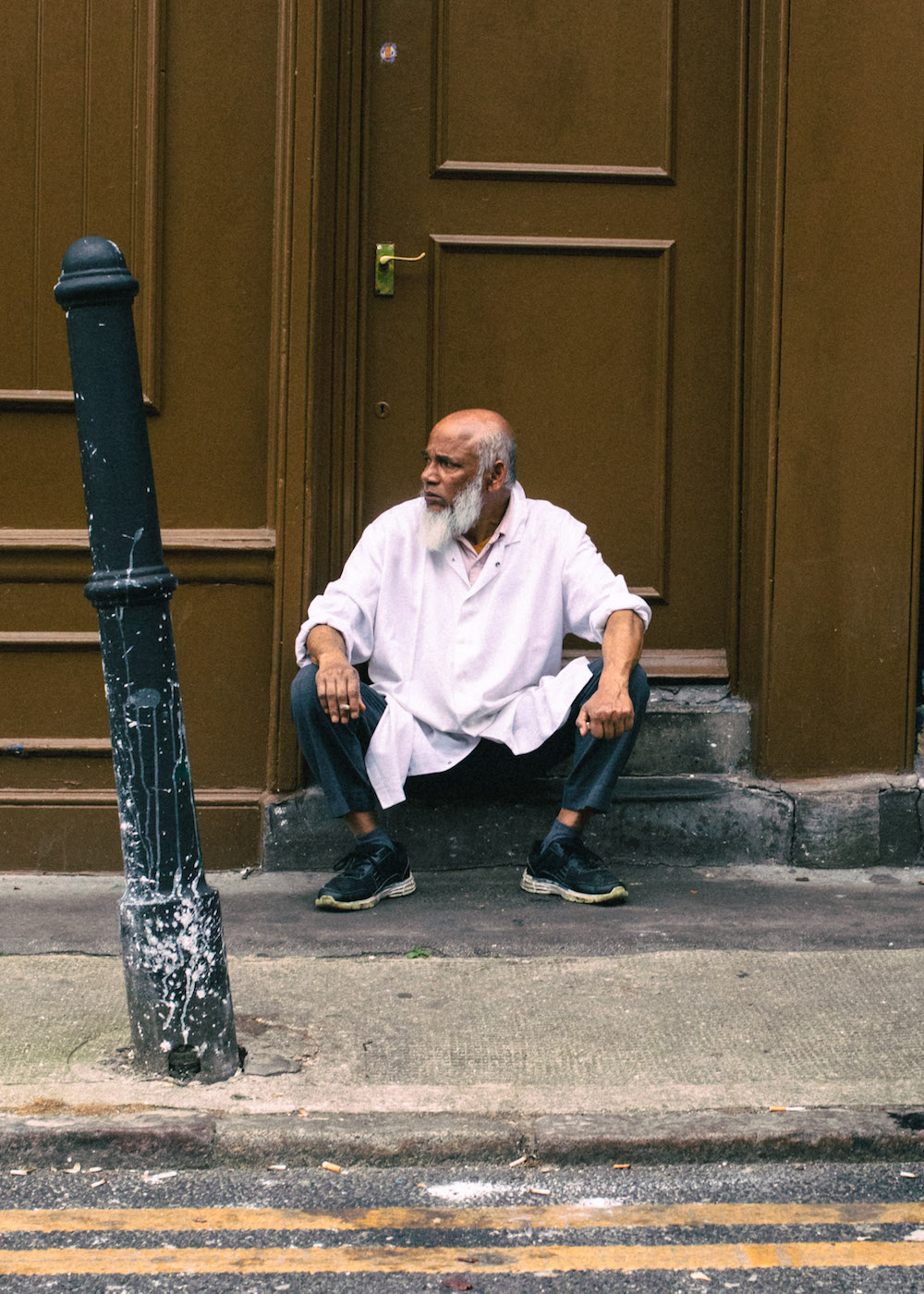 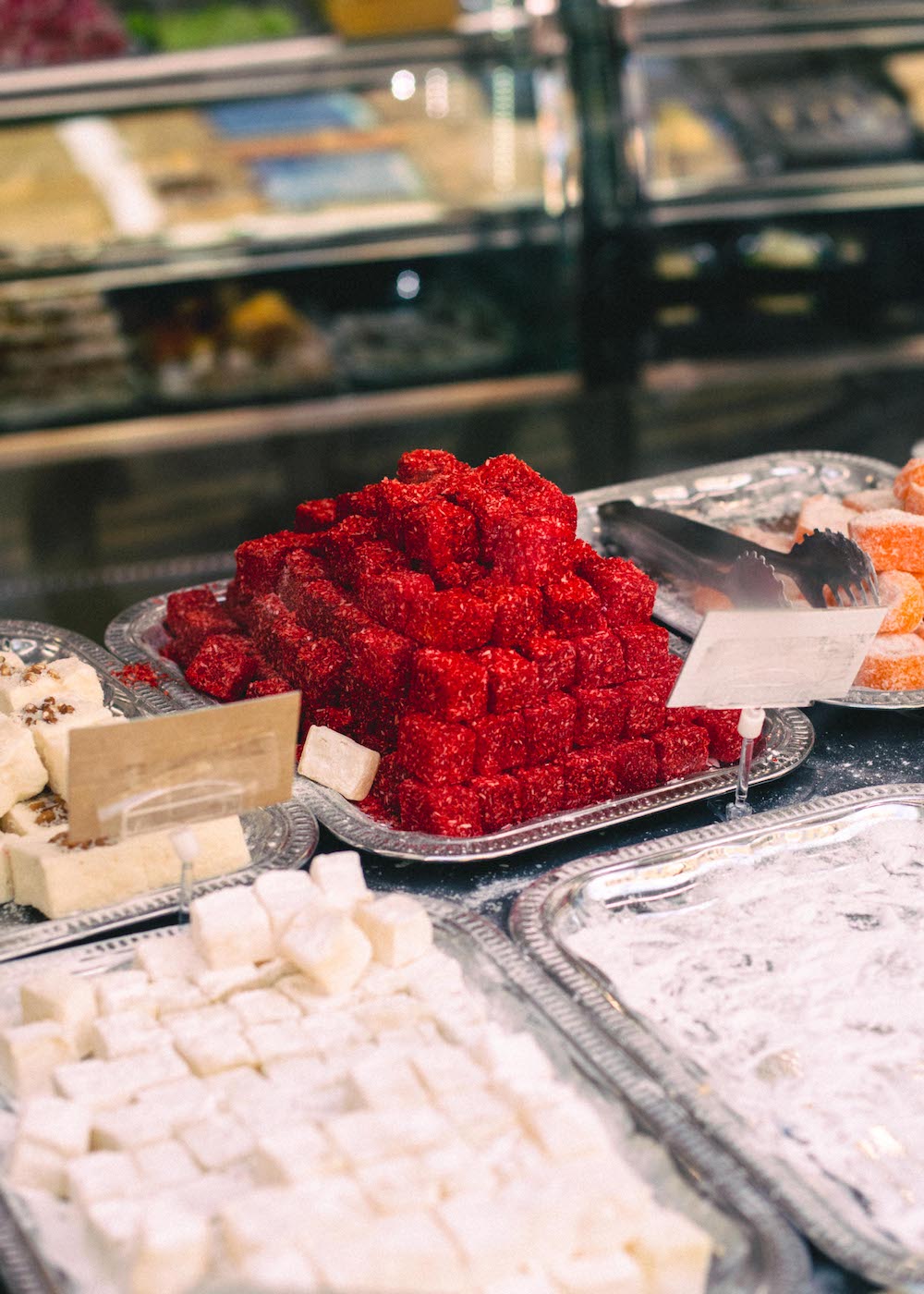 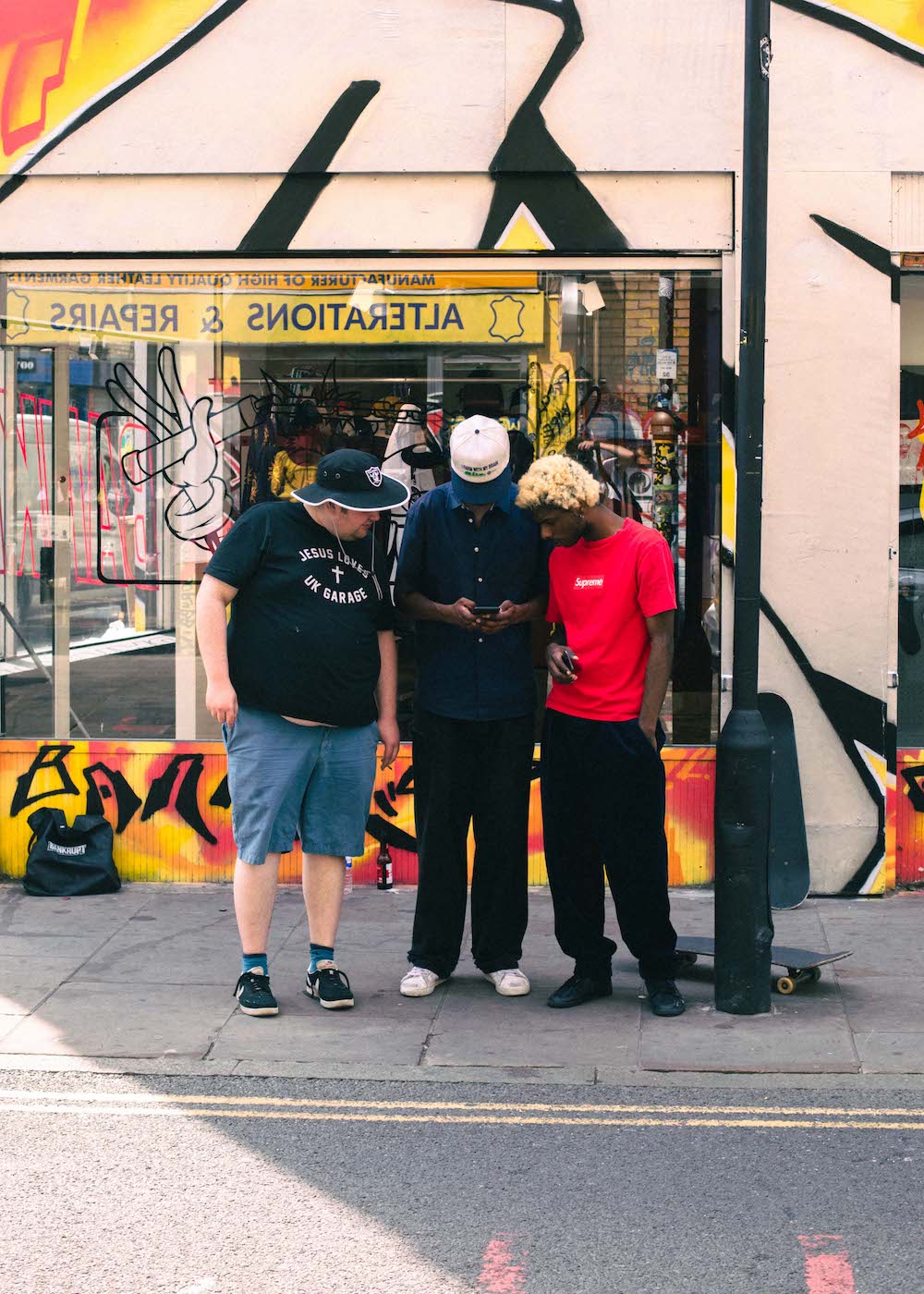 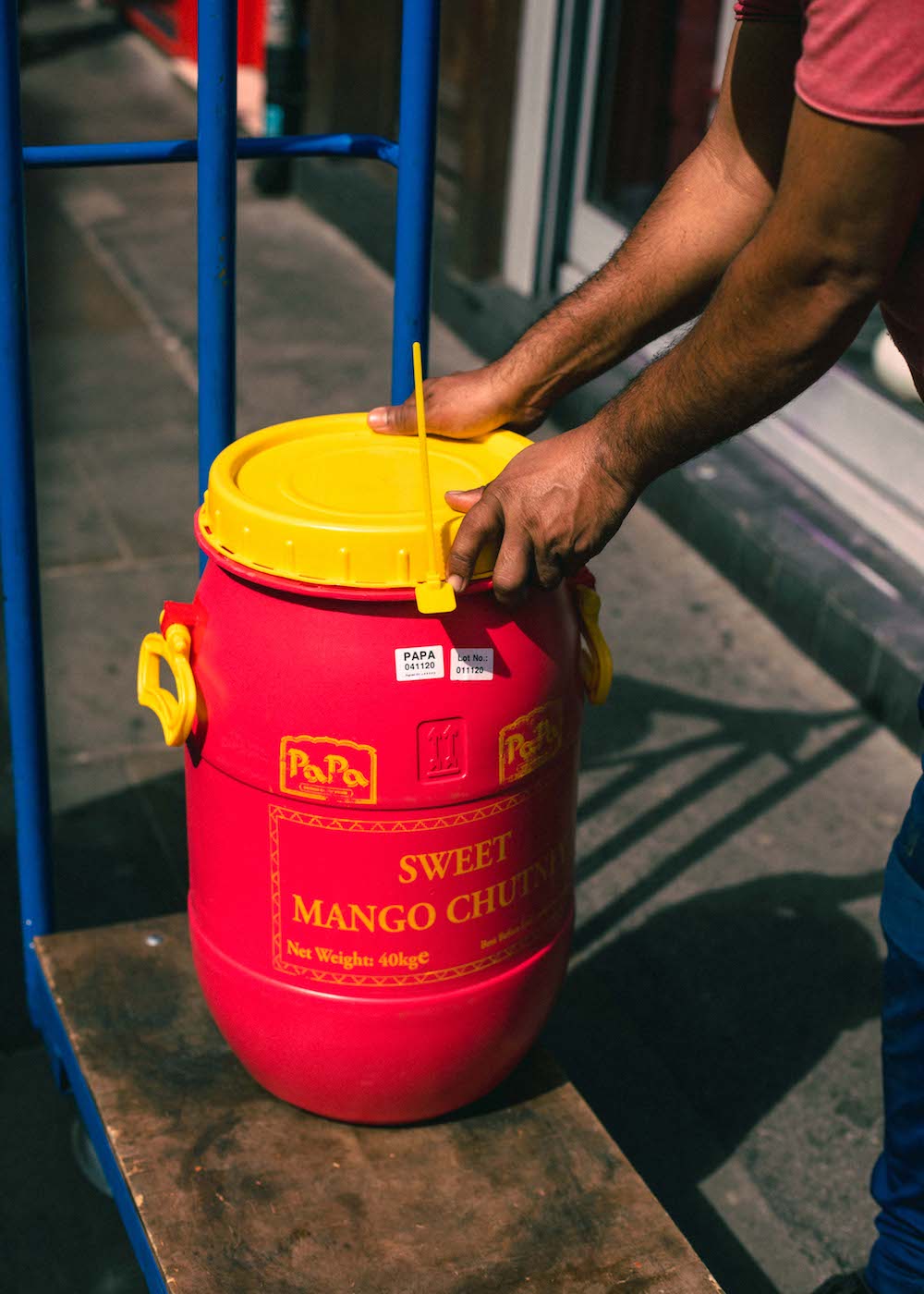 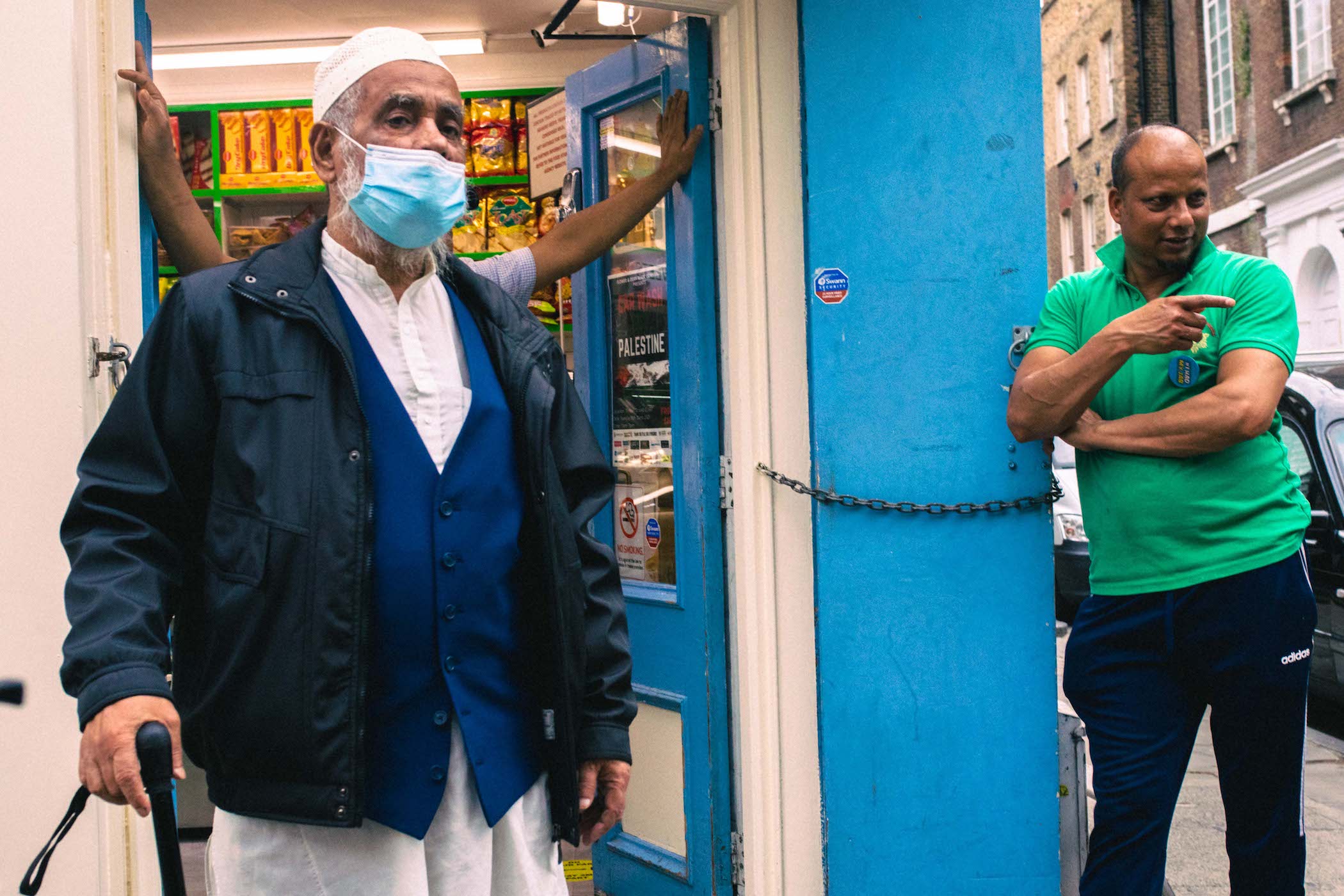 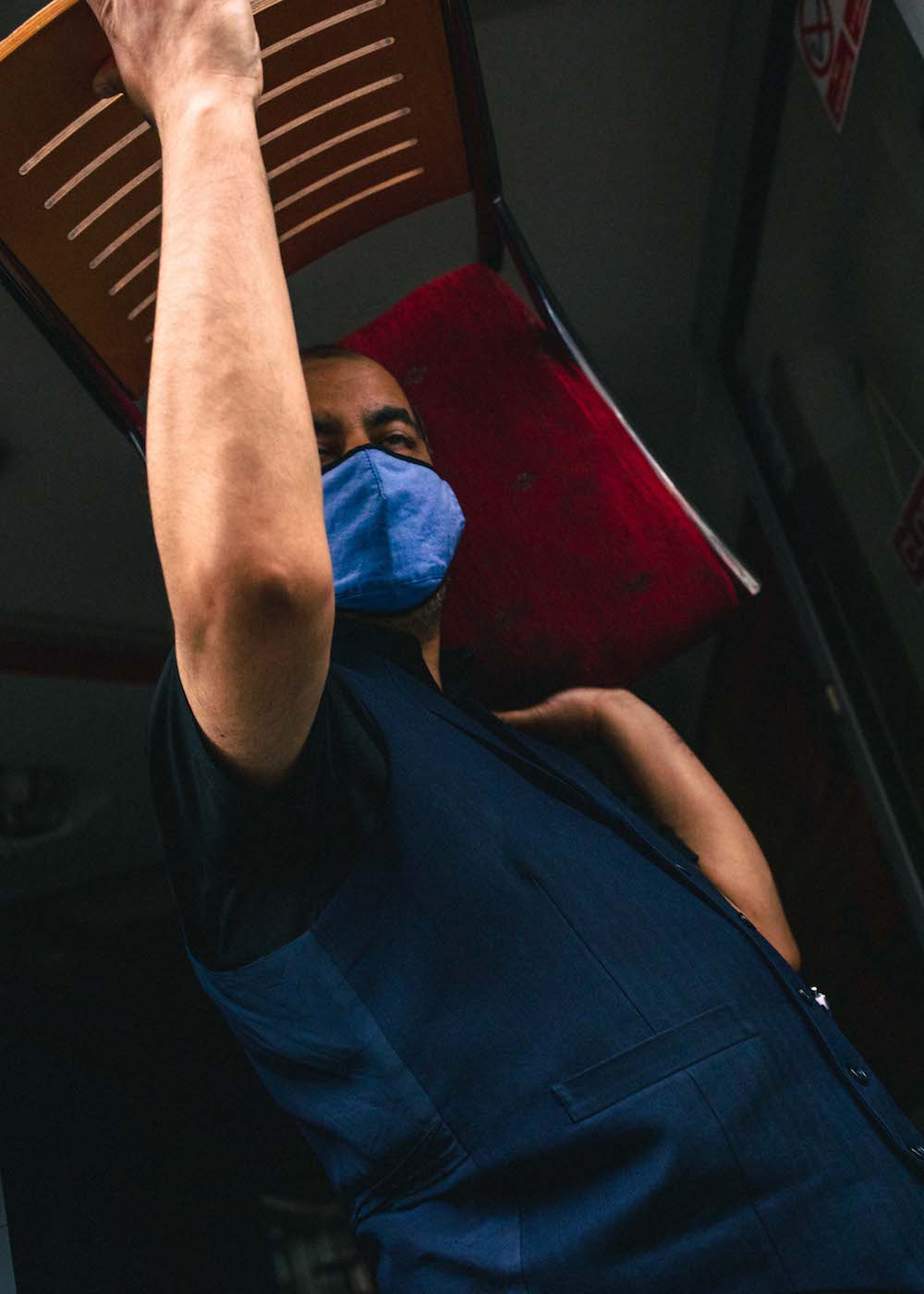 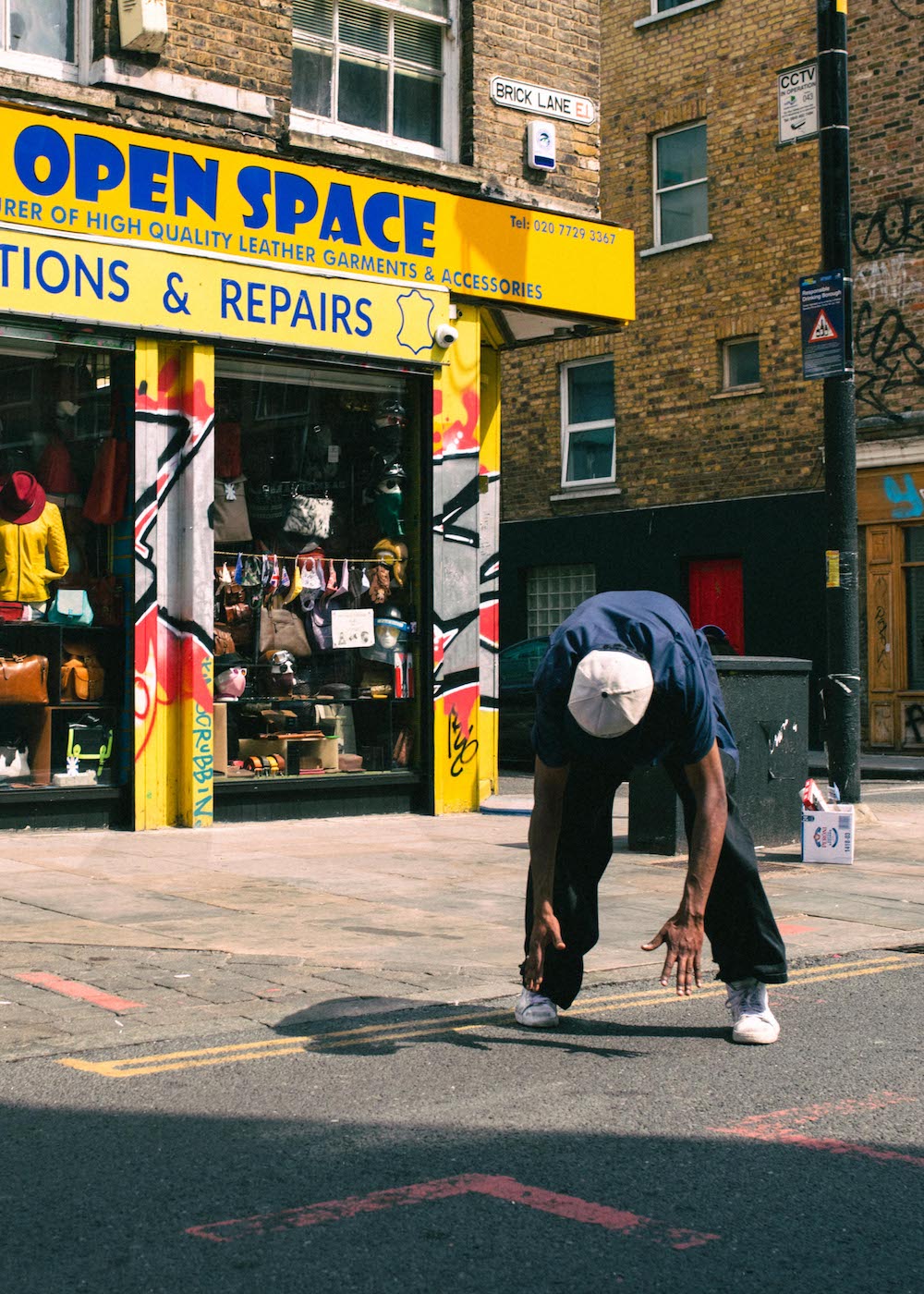 Home Away From Home is a new series celebrating diaspora communities across the UK. See the rest of the series here.

Linkedin
RELATED ARTICLES
OTHER ARTICLES
David 'Dee' Delgado’s photo project is about honouring and uplifting the city of his youth, and a world rapidly disappearing under the relentless onslaught of gentrification.
Since 2007, Gideon Mendel has made 20 trips to document floods in 13 countries. The result is an alarming record of what has already been lost to the climate emergency.
After building his reputation covering the US civil rights movement in the 1960s, the photographer went on to produce some of the most enduring images of the past century.
Tristan O’Neill’s shots of dancers caught in moments of reverie at the height of rave’s golden age are a testament to the UK’s legendary club culture.
A new podcast is opening up the conversation between trans women and trans amorous men in the hope of building coalitions.
AI companies that develop image-generators using copyrighted artwork from the internet are coming under fire from artists who say that it amounts to theft.