News & Politics / What we need to understand about whiteness in Jamaica 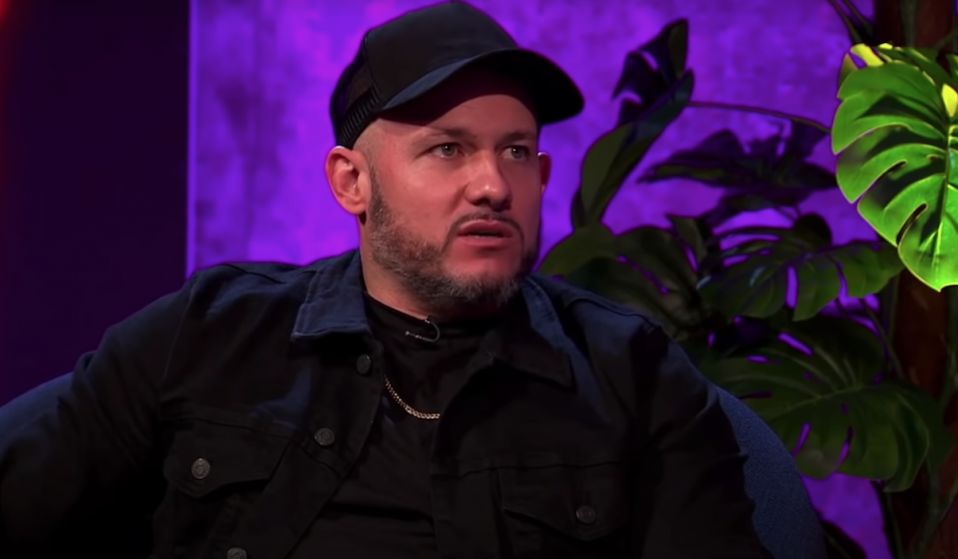 Rather than discussing whether whiteness exists in Jamaica, we ought to consider the hierarchies of privilege that exist between its citizens.

The comedian White Yardie was recently forced to defend himself as his Jamaican heritage was called into question on TV. In failing to address the hierarchies of privilege that exist in Jamaica, the debate represents a missed opportunity, writes Aaliyah Miller.

Last week, an interview with the comedian White Yardie, whose real name is Harry Gregory, became the source of a heated debate. In a conversation on Channel 4’s Unapologetic – which aims to facilitate uncomfortable discussions around racism and colourism – White Yardie was quizzed over his heritage and made to defend his nationality after being asked when he “decided” to identify as Jamaican, despite moving to Jamaica with his family at three-months-old and calling the island home for a large portion of his life.

The mitigation of White Yardie’s ‘Jamaicaness’ was evidently due to his whiteness. But in turn, the conversation missed a vital opportunity for a productive discussion on pertinent issues surrounding whiteness in Jamaica. Rather than discussing Jamaica’s colonial past, or even its present, which is still defined by a system of white supremacy, what resulted instead was more of a pile-on.

It is right to question why a white man is able to capitalise off Black culture while Black people are discriminated against for belonging to that very same culture. But crucially, the discussion on Channel 4 missed the opportunity to discuss a racist system with one of its beneficiaries.

As well as this, the conversation failed to take into account the intricacies of race and nationality. Race, citizenship and nationality are three separate things that often get confused for one. Race refers typically to a person’s appearance and history, while nationality concerns the state a person was born in and is, therefore, a ‘national’ or a legal citizen of.

The implication that White Yardie’s whiteness somehow mitigates his belonging not only confuses race and nationality, but also fails to consider the motto of Jamaica itself, “out of many one people”. The phrase was introduced by Norman Washington Manley in 1962 in order to mark the country’s independence and to portray the diversity of its citizens, while also not burying the colonial past from which it arose.

The motto reigns true and can be attested to by anyone who has stepped foot on the island. While 76.3 per cent of the population is made up of Jamaicans of African descent,15.1 per cent is made up of Afro-Europeans, better known as mixed-race people, and the rest by smaller minorities – such as 3.4 per cent East Indian and Afro-East Indian, 3.2 per cent Caucasian and 1.2 per cent Chinese. These separate races make up the “many”, while Jamaican nationality or citizenship allows for all to be seen as “one people”.

In many countries, Jamaica included, there is a dominant ethnic group. But this doesn’t mean there cannot be others who do not fit the typical mould, such as White Yardie, or my own grandma, whose whiteness I began to ask questions about when I was around 16. I wondered how my father’s white mother ended up on the same island as my mother’s Black mother, with them both calling it home. But I quickly came to learn of the sinister reason why.

Despite modern-day Jamaica being home to a majority of people whose skin is Black, like mine, this wasn’t always so. This, again, undermines the debate around White Yardie’s place on the island. Jamaica’s original inhabitants were the Taino people, also known as the Arawaks, who were believed to be from South America. However, before the British set foot on the Island, Jamaica was invaded by the Spanish, who are said to have enslaved the Arawak and brought disease to the island, almost making the entire tribe extinct. After this, Jamaica – then known as Xaymaca – met the British, who used the island as a colony for Black people who they enslaved from Africa. These people now make up the majority of the population but many of the descendants of colonialists also still live there and the inequality they once brought with them still persists.

If the host of the Channel 4 show truly did wish to challenge White Yardie’s place as a white Jamaican, they could have asked him how he feels about the fact that his white privilege allows for his experience as a Jamaican citizen to differ from Afro-Jamaicans. Colonialism introduced a divide fuelled by polygenism (a theory of human origins that enforces the idea that the human races are of different origins), with Black people being deemed lesser so. This inequality persists to the present day. According to the World Bank in 2017, about 20 per cent of Jamaica’s population lives below the poverty line, while three-fifths of the country’s wealth is held by only 10 per cent of its population and divides by both race and class. A 2018 study examined the 2001 Jamaican census and found that of the population aged 25 to 65 years, 40.7 per cent of white Jamaicans had completed university-level education, as compared to only 2.4 per cent of Afro-Jamaicans.

White supremacy is also seen in the day-to-day lives of citizens, particularly with the bleaching epidemic that has captivated the island and infiltrated popular culture. But this is not simply a social issue, but also a political one. The desire to increase one’s proximity to whiteness isn’t just fuelled by vanity, but by the fact that whiteness has and still is projected as better, with opportunity afforded to those with lighter skin. It is also not uncommon that traditions that are culturally sentimental among the Afro-Jamaican community are frowned upon or deemed ‘low-class’. For example, Rastafarianism, a religion that arose in Jamaica in the 1930s, has seen many of its core beliefs undermined, such as the social and political banning of dreadlocks (the style in which Rastafarians wear the hair for sacred purposes). This perpetuates white supremacy by discriminating against anything that deviates too far from whiteness and its norms.

Even within whiteness, there are hierarchies. In Jamaica, the term ‘creole’ is used to refer to the descendants of colonialists, who were born in colonies, thereby separating these people from those of European whiteness. Historically, many Euro-Jamaican families sent their children to England in order to also form political alliances that could advance their colonial interests. However, English white people were even weary of creating bonds with Euro-Jamaicans or creoles living on the island, fearing that they would end up pro-creating with Afro-Jamaicans.

As the separation between race and nationality illustrates, whiteness does not negate the ‘Jamaicanness’ of a person, however, it would be ignorant to act as though Afro and creole Jamaican experiences are a monolith. It is these divides within Jamaican society that would have made for a far more fruitful, interesting discussion on one of the UK’s biggest TV networks. White Yardie himself could be deemed ‘creole’ by European white people, making him well-suited to discuss some of these issues.

The white supremacy that was brought to Jamaica during the colonial period still has a legacy on the island and abroad. People such as White Yardie, who partake in a culture that is shaped and defined by Blackness, are not absolved from the privilege that their whiteness brings. The conversations that need to be held surrounding whiteness in Jamaica are not whether it exists – it is evident that it does. Instead, we should focus on how to dismantle the racist hierarchies that exist in Jamaica, and the rest of the world.

Linkedin
RELATED ARTICLES
OTHER ARTICLES
Our new magazine is here, starring the inimitable Mitski. Order your copy now and join us on a trip around the world.
A group of Ukrainians living in Poland are helping Ukraine withstand Russia’s brutal invasion by buying supplies and shipping them directly to the war’s frontlines.
In the latest OFFF Dispatch, the enigmatic designer dives into his process, connecting the dots between his unique and varied creative output.
Over the weekend, London locals came together to resist a pre-planned police raid targeting delivery drivers.
Following the release of his latest album God Don’t Make Mistakes, the rapper talks horror villains, police brutality and being unafraid to show his vulnerable side.
The revered showbiz chronicler recalls his journalistic beginnings, documenting subcultural scraps in the ’80s.