News & Politics / What would a world without money look like? 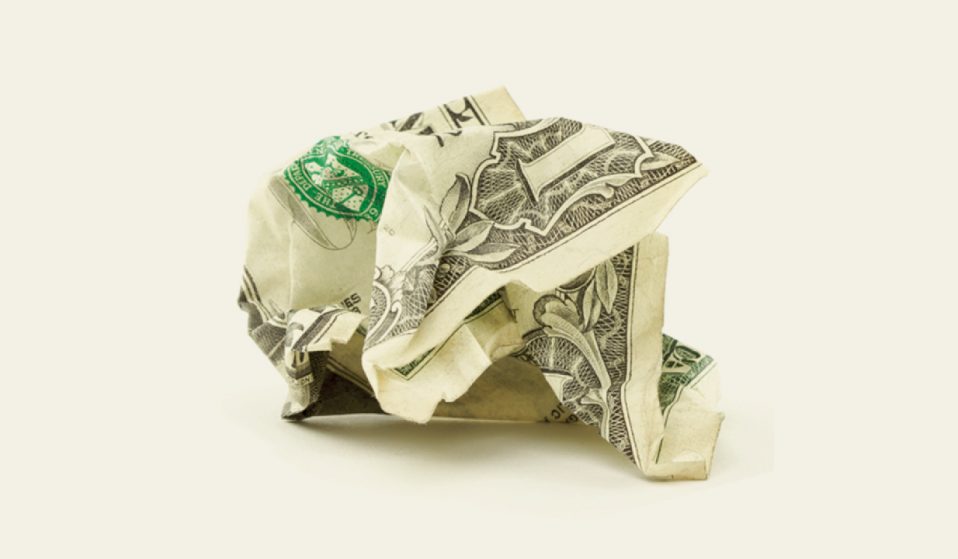 Anitra Nelson discusses her new book envisioning a post-money version of the future.

Anitra Nelson discusses her new book envisioning a post-money version of the future and moving to a care economy.

What would a post-money future look like? Society is plagued by inequalities globally and a climate crisis that threatens our very future. Money is fatally implicated in both. However, money and capital are both chicken and egg. Money is not simply a tool, rather money as we know it refers to codes of conduct that structure social relations critical to the operation and reproduction of capitalism. For this reason, money is a significant barrier to imagining a world beyond capitalism.

In a compelling thought experiment, Beyond Money: A Postcapitalist Strategy, author Anitra Nelson deepens our understanding of money as the key stumbling block to achieving socio-political, economic and climate justice on earth. Grounded in historical debates and drawing on a spectrum of political and economic thought, Nelson covers a range of topics including women’s liberation, technology, debt, and Indigenous rights activism. The result is an incisive, radical imagining of a post-money future.

Huck spoke to Nelson about the role that money plays in today’s capitalist world and pathways towards non-monetary economies based on real values.

Why do you think it is so hard for people to imagine a world without money?

From when we’re very young, money is as familiar to us as a language. It is learned from your parents in the same terms as walking and talking. And so I think that it’s very difficult for people not to see it as something that’s natural.

I think that a lot of people are actually suspicious of money in their everyday lives. They know what it’s like to go to buy something and think ‘how come this is so cheap?’ or ‘how come this is so dear?’ All of the oddities of the economy are very clear to people. Some of the most intelligent people say they don’t understand economics. However, rather than thinking that there’s something wrong here, they think: ‘I can’t see what the pattern is here’. This is why I refer to myself as an ‘anti-economist’.

You discuss in the book how instead of a world built on ‘exchange value’ – monetary value and prices – we can create a world based on ‘real values’. Can you explain your distinction between exchange value vs. real value?

By monetary values, I’m talking about prices. Basically, all kinds of monetary relations that we have with people; incomes, all kinds of expenditures. Whereas real values are mainly divided into social and ecological values. In other words, the kinds of values that we have if we have a caring or solidarity economy. In terms of ecological values, we’re looking at an acknowledgement that we rely on earth in order to live and that the earth also has limits.

A chapter in your book is titled “System change not climate change”. How does our relationship with money abstract us from nature?

The whole notion of giving money to receive it is tied up with private property. This is quite different from an economy where indigenous people, for example, share goods, because there just isn’t that concept of private property.

The primary interest of human beings is on: what’s the supply? What’s the demand? It’s an intrapersonal focus that people establish and it automatically means they’re not thinking of the earth – the first place that the goods or the services arises from. Nor do they see themselves as part of nature. It establishes a strong sense of priority for people, over anything else.

In your book, you write that ecology and feminism are central pillars to move beyond money. Why do you think this is?

At the moment, I see the primary challenges as the deepening inequalities between people and environmental unsustainability, of which rising carbon emissions is really just the tip of the iceberg. Like non-capitalist societies, we need to have a greater acknowledgement of the importance of ecology in our lives so we’re actually growing ecology, not the economy.

In terms of feminism, since the 1960s, the women’s movement has directed a lot of attention to the non-monetary valuation of domestic work. It gives a perfect body of discourse for me to demonstrate what monetary value fails to do and raises a whole series of interesting questions in terms of unpaid work.

In the book, you discuss a shift from subsistence economy to care economy. Can you explain what you mean by care economy?

The care economy, as used from a deep-feminist or eco-feminist perspective, is a holistic look at our economies. I have to separate that out from mainstream uses of the word ‘care economy’, usually referring to the care sector.

We’re looking beyond just people caring. What care-economy perspectives do is to try to envisage the whole of production for our society, all economic measures, as if they were care. As if farming is care for the earth. As if, when I train or educate someone, I’m caring for that person as I do it. It’s basically creating a framework of care around everything that we do.

How can people living in capitalist societies begin to apply ‘real values’ to their lives now?

Everyone does actually apply real values in some way, shape or form in their everyday lives. Think about the relationships we have with the people who are closest to us and how these jump out of a monetary framework. When we have children we tend to give to them freely. A lot of people’s most personal relationships are in fact non-monetary. Also, think about the things you really enjoy in your life that don’t involve getting or giving money.

But if it was a matter of people just changing the ways they practice in order to transform society, I’d write a quite different book. My argument is that we actually have to change the ways our society works. That in itself has to be a movement that includes working out ways to produce and exchange. Rather than having private property, we have to see the earth as commons, which gives us the freedom to co-govern.

Beyond Money:A Postcapitalist Strategy is available now on Pluto Books.

Linkedin
OTHER ARTICLES
A group of young Palestinians have found temporary freedom in the act of parkour, reimagining wreckage and ruins as a series of high-octane playgrounds.
The idea that a younger generation is abandoning work has become a popular narrative online, but it doesn’t necessarily reflect reality.
Rogue landlords are exploiting young and inexperienced renters and leaving them in mental and financial turmoil, reports Niall Hignett.
For over a decade, gamblers have won big by employing people to place live bets from the court. But does this dubious method still work?
As the Scottish government announces a rent freeze, an activist with Living Rent who fought and won shares how they did it, and what must come next.
Yesterday thousands gathered outside Buckingham Palace after news of the Queen’s death broke.