News & Politics / Whatever happened to the Likely Lads? 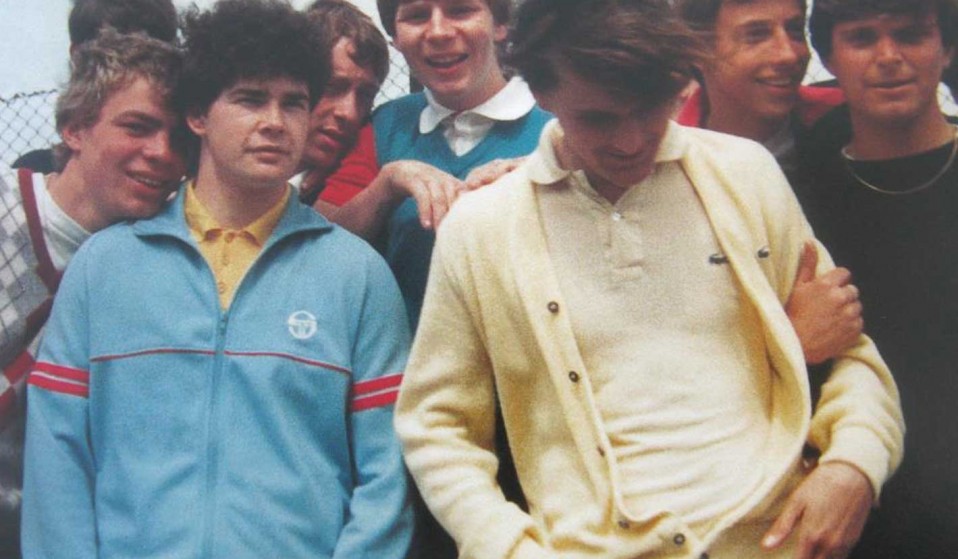 It's all kicking off in France. Euro 2016 is in full swing across French towns and cities, with violent clashes between supporters. The Brits are taking centre stage, but these aren't the well-dressed and working class hooligans at war of decades past.

Let me let you into a secret. The English football hooligan no longer exists.

Not at least in its time honoured, folk devil form. Having spent too much of my youth touring the country, milling about in vaguely threatening groups of West Ham United fans, I reckon I’m as qualified to comment as anyone.

Whatever you may think of him, the good old loveable English hoolie was a cypher for something tangible, something real. He was part of a mechanic, part of the flow of English history. This current crop is something different, and possibly much more disturbing. The Russians are frightening because of what they represent – an archaic simulacrum of politicised mob violence. The English are frightening for precisely the opposite reason; they represent nothing but a really bad sense of dress.

Have you seen what this lot are wearing? Not an interesting trainer or a well-popped collar in sight. I don’t mean to be superficial – these latest battles could be an ominous sign of a Europe at war with itself, a release of dangerous centrifugal forces the strongest of which may tear Europe apart – but they could at least try look decent while they cause so much fuss.

Whatever the broader significance of Russians, Englishmen and the Marseillaise kicking the shit out of one another around the pretext a football match, this parody of a rinsed out social form is powered by a number of factors. No one knows where it’s going to end up and what it really means, but there are a few certainties.

Now they’ve got cash in their pockets and they’re out there to represent.

For so many years these Russian lads will have consumed the mythology of West Ham’s Inter City Firm (ICF) and the Leeds Service Crew – The 657 of Pompey and the Headhunters. These folk demons may have been relatively harmless tearaways from The Mile End Road in Aquascutum bombers and Lois stonewash, or tashed and tatted tykes from the potteries in Tacchini – but for a brief period between Liverpool’s victorious away day to Rome in the European Cup Final of 1977 to the collapse of the walls at the Heysel, the English hoolie really was the scourge of Europe.

The Russians have processed this imagery and twisted it. Add a dash of Brutality and love of the big man from a couple of centuries of the toughest of times and you’ve got a genuinely frightening simulacrum. Feel nostalgic for the likely lads. You’ll never see their sort again.

And on the other side of the cobbled squares of Marseille, Lilles and Lens? The Englishmen over there, getting lagered up and singing mock-ironic chants, taking the piss. These are not what we mean by hooligans. This lot are raised a generation deep in an English Premiership littered with multi-millionaire left-backs.

The boys making the trip to France this summer are self-employed plumbers with T6 Transporters on the Lease Purchase Plan. They are insurance salesmen from Norwich with property portfolios. They are Kitchen Fitters from Billericay whose dads reminisce about the good old days when you’d bunk in the South Bank at Upton Park for £1.50. They pay £1000 per year for a season ticket. They’ve got the full Sky Sports package.

They book their trips via AirBnB and leave snide reviews on Trip Advisor. These people are deeply engaged, stakeholders in whatever British society is meant to be these days. These are not the same people who gang-robbed Rome department stores for Armani jumpers in 1983. These are an altogether other breed than the Battersea Orphans that bushwhacked the ICF at Parsons Green. These are a different generation to the Under Fives who demolished that pub down the Old Kent Road.

Like the English cities that are home to the flashy new grounds and the Club Superstores, the game itself has been gentrified out of all recognition. Riotous behaviour hasn’t been seen inside an Premiership stadium in years – and the odd skirmish you see on the streets around the old tinderbox classics are almost ironic excursions – campaign re-enactments by Granddads in £500 Stone Island jackets and 50 grand Beemers.

It’s because the market towns, industrial valleys and city estates that these kids hailed from have been denuded of their working class history. The culture that spawned the loveable rogue that was the English football hoolie is no more.

You see, of all the youth-oriented cults to ever find roots in the fertile earth of seventies England, the football hooligan was amongst the most misunderstood, even in the land that gave it birth. When English clubs began making it into Europe in the ‘old football’ halcyon of the late seventies and early eighties, those legendary away days were as much about representing your immediate neighbourhood, your identity as a working class male, as any kind of in-built hatred for the European other. 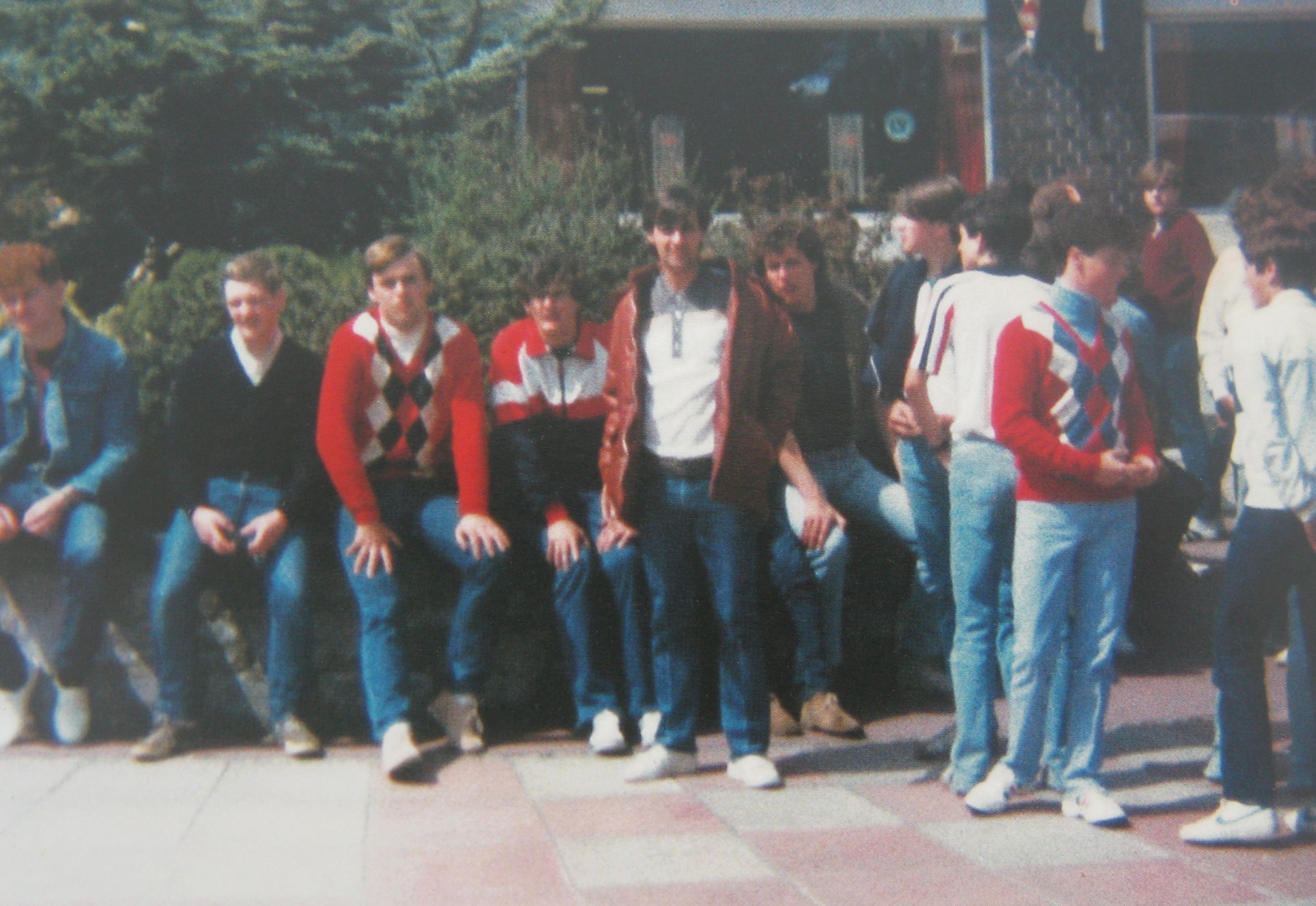 It was never about nation. It was never about race. It was about class and identity, standing your ground while dressing devilishly in the process. The context here was the brutal war on the working class of Britain. Back home the factories were closing. The foundries were being demolished. The pits were being flooded.  In these communities where football thrived there was a well-thought-out demonisation of the working class male.

Being a bricklayer, an engineer or a panel-beater became things to be ashamed of rather than lauded. All that mattered to the mainstream was money. Success. Mortgages. Credit Cards. Communities of working class kids gathered together at the football, turned against themselves, spent all their wages on clothes and train tickets, as they ventured far and wide on a Saturday. “You think we’re rubbish? Then I’m going to dress like a million dollars while confirming your prejudices for a laugh.”

It was as much about looking good in your bowl wedge and your leather-and suede jerkin as it was about punching people. Until trips, pills and house music came and swept it all away in the summer of 1988, a football away-day on a Saturday was a riotous giggle with the kids you went to school with, fuelled by Lucozade original and the odd can of Special Brew. You might have thrown a punch or dodged a beating. You might have got a chase or kicked in the odd window. But more often than not you just milled about and had a laugh. Still, no one liked us, but we didn’t care.

But look in the papers today and you’d never know this history, the complexity, the culture. You’d never know how vapid those Brits abroad’s actions are today. The naive reportage purveyed by merchants of the easy headline, those hanging on desperately to their disappearing jobs in the mainstream media miss the point of it all.

Meanwhile the composers of the snappy tweet and the hell-raising Insta feed are too young, on the whole, to have witnessed or understood fully the complex of forces that came together to create the Hooligan in the first place all those decades before.

Whatever happens in the coming days and weeks on the streets of France – its significance will be etched into relief by what happens on the beaches of the Med, the refugee camps on the Channel coasts and in the polling booths of Britain.

Call it what you like, but don’t call it a new wave of English Hooliganism.

With a nod to the late, great, Gavin Hills.

Linkedin
RELATED ARTICLES
OTHER ARTICLES
Tristan O’Neill’s shots of dancers caught in moments of reverie at the height of rave’s golden age are a testament to the UK’s legendary club culture.
As she gears up for the release of her first book, the 24-year-old climate activist talks standing up to authority and building a more inclusive movement.
Since 2007, Gideon Mendel has made 20 trips to document floods in 13 countries. The result is an alarming record of what has already been lost to the climate emergency.
David 'Dee' Delgado’s photo project is about honouring and uplifting the city of his youth, and a world rapidly disappearing under the relentless onslaught of gentrification.
AI companies that develop image-generators using copyrighted artwork from the internet are coming under fire from artists who say that it amounts to theft.
Activists and campaigners are fighting back against new laws that would seriously undermine the ability to take industrial action, calling it an attack on fundamental workers' rights.