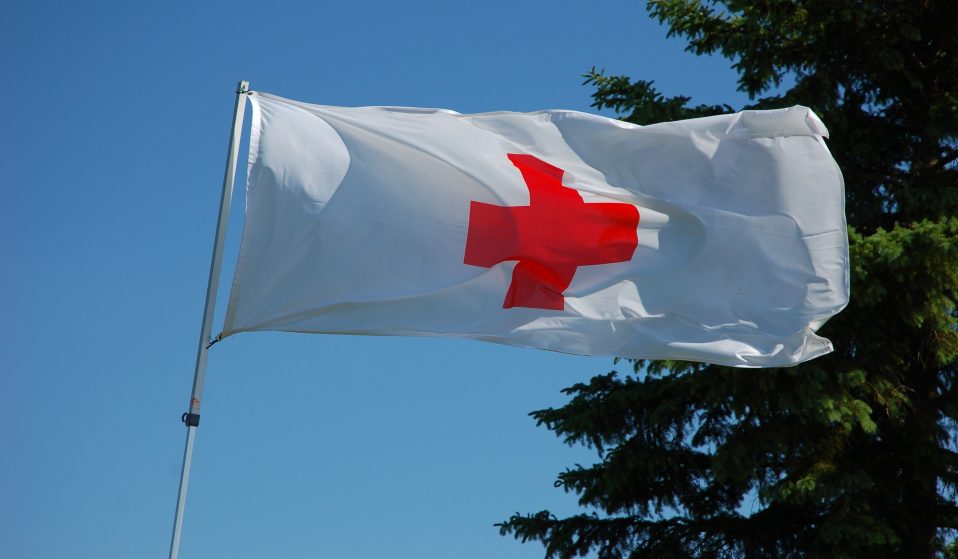 The war in Ukraine has seen a massive outpouring of support from around the world. While heartening, it also raises questions around just how effective our current model of giving is.

The war in Ukraine has seen a massive outpouring of support from around the world. While heartening, it also raises questions around just how effective our current model of giving is.

Donika, a Kosovan Albanian refugee, received aid from several charities at one time as a child in post-war Kosovo in 2000, most providing psychological care to those who had experienced the trauma of war. “One day they would be there and the next they were gone,” she recalls. “So, we were left to pick up the pieces before another charity would arrive, and the process would start again.”

She explains how these charities took over the work carried out by the groups and organisations set up by local women in the neighbourhood. “They took over like they understood us, like we were their playground.”

Today, Donika is sceptical whenever people blindly call for aid in post-conflict contexts. Despite her family receiving fragments of aid, it would be a few years before her family left to go to Germany in 2003 and she could actually rebuild her life. Her feelings of being failed by humanitarian aid is shared by many Kosovans.

Following the outbreak of war in Kosovo in 1998, 90 per cent of the Kosovan community were either internally displaced, uprooted or forced to seek refuge across Europe. With Russia’s invasion of Ukraine, a similar situation is now playing out. Ten million people have so far been forced so to flee their homes in Ukraine since the war started. The United Nations has launched an emergency appeal for $1.7 billion in humanitarian aid for those displaced internally or externally. Under this appeal, the United Nations High Commissioner for Refugees (UNHCR) is seeking $1.1 billion to assist six million people inside Ukraine for an initial three months. An interagency refugee response plan calls for at least $550.6 million to help refugees in Poland, Moldova, Hungary, Romania, Slovakia, and other countries in the region that are taking in tens of thousands fleeing each day.

Globally, people are looking for ways to support Ukrainians. Collections of donations have started everywhere, from community centres in Liverpool to ice hockey fan clubs in Mannheim. People in the Czech Republic are working to find second-hand cars and across the continent food, clothing, groceries, tinned food, and toys among other items are being collected in vast amounts, all of which are destined for countries neighbouring Ukraine where people have sought refuge.

These displays of good will are undoubtedly heartening. However, despite humanitarian aid being widely accepted as the primary means to respond to crises, it can often do more harm than good. “When we see crises occur, people desperately hope for solutions,” Dr Lucy Easthorpe, a Professor in Practice of Risk and Hazard at the University of Durham says. “The problem is, no one is realising how bad the UK has got at understanding what is needed in a crisis, because no one has ever truly educated the British public on what aid is.”

Easthorpe continues: “While humanitarian aid can take many different forms, including material goods, what is not made clear is that a high proportion of humanitarian [foreign] aid is in the form of loans, which cripples nations in need of it. Many Western nations receive more in interest payments from recipient countries than they give in ‘aid’”. Indeed, Ukrainians have already begun to demand that their crippling levels of debt be wiped as a material sign of solidarity from the international community.

Traditionally, the UK government has given more of its aid as grants rather than as loans. But in 2014, the international development select committee called for a shift in emphasis to loans. This is the commitment the current government has made to Ukraine, including a three-year £100 million package of aid, primarily to support energy – the part of Ukraine’s economy that is most vulnerable to Russia. The UK has made a further £220 million available to provide humanitarian assistance, medical supplies and other necessities to the Ukrainian population and for refugees in neighbouring countries. Lastly, the UK has said it is willing to also guarantee up to US$ 500 million in loans to support Ukraine’s economy. On top of this, international NGOs and charities have also moved to offer support. The question is though: who does aid really benefit?

As Donika explains, an influx of non-profits organisations (both public and private), flock into conflict zones and refugee camps. “There were all the big charities you could think of in Kosovo,” she says, “their tents and logos were everywhere”. Though well intentioned, problems arise due to the fact that many of these organisations overlap in their aid, and fail to communicate, collaborate or coordinate their efforts effectively, inevitably leading to the wasting of resources. This is playing out in real time in the current situation. Currently, resources are not reaching Ukrainians in need due to bureaucratic red tape of custom clearances, and shortage of truck drivers, many of whom have returned back to Ukraine, to fight.

What’s more, almost 60 per cent of donations made as part of humanitarian aid end up in landfills. The onus to assume responsibility and coordinate the response to arriving items falls to local authorities who, more often than not, do not have the resources to do so. Donations also vary in quality. Most of these donations, such as for food or medicines arrive past their expiry date or  damaged by heat, cold or humidity. Other donations are simply inappropriate, for example, following the 2010 Haiti earthquake, unsolicited donations received included American women wanting to send their breast milk to nursing mothers.

This swell of donations sets the ground for a situation where supply far outstrips demand. It’s within this context that humanitarian organisations begin to start perpetuating neoliberal norms and realities. Larger humanitarian organisations can utilise this influx to make cases for exclusive deployment of their own “effective aid”, seeking to influence policies and establish monopolies on aid provision. But it does not stop there. The neoliberalisation of humanitarian aid, and organisations’ culture of reliance on governmental grants, builds a hierarchy of the deserving and undeserving refugee, but also serves as a business model. Humanitarian agencies essentially ‘fight for survivors’ to secure funding, and this can be to the detriment of the mental and physical wellbeing of people most affected by these crises.

It is clear that a large part of the problem is that humanitarian aid operates on the premise of temporality, with the assumption that things will go back to being ‘normal’. Donations of food, clothing and psychological assistance in this form are useful and effective in lessening immediate suffering. However, in the long run, this model does not help provide stability to citizens looking for relief for their conflict-stricken countries to sustainably develop in the aftermath.

Meeting the needs of those who have been resettled often falls to community initiatives, such as the Maryhill Integration Network (MIN) for Kosovan Albanians in Glasgow, which supports and creates a unique, safe, and welcoming environment. This should not fall on these communities, but should be embedded in all resettlement schemes.

The Humanitarian Assistance Framework defines the current period of the crisis as the “honeymoon phase of aid” where people are most affected, and least fatigued, by the stories coming from the ongoing horrors in Ukraine. We need to start considering the uncomfortable reality that people may run out of their everlasting good will of help. When that happens, what happens to a lot of people fleeing from crises? Where do they go and who assumes responsibility for them? As well-meaning as the support has been from charities and citizens, it is no coincidence that the government has deliberately been vague about what they can and will provide, because as ever they wait for people to fill in this void.

So what form should aid take? Easthorpe posits that aid is most effective when it is delivered with local training and carried out with local people.

When asked what improvements need to be made on humanitarian aid, Donika says: “In hindsight, my family would have largely benefitted from having money. Just to get around and have essentials. We wouldn’t have had to wait or struggle as much as we did if we just had money.”

Indeed, monetary donations remain the most efficient way to help. When monetary humanitarian aid is given to trusted charities both local to Ukraine and globally, such as the Ukrainian Humanitarian Appeal, it is less likely to end up in landfill. And, it gives people the autonomy to start rebuilding their lives in a material way.

There needs to be an incentive for humanitarian aid organisations to change. This should take the form of an independent assessment which will force organisations to be held accountable for what people ask for versus what they receive. The accountability, most importantly, should not be filtered through rich Western donors, but through those at the centre of the crisis.

An equilibrium can be reached between all these forms of aid, including useful donated goods, local procurement and cash support. Civil society should be advised and supported, not substituted, by the international community. With this in mind, it is worth considering how to decentre ourselves and humanitarian organisations in our calls for aid, and to find a balance between long term humanitarian aid, priorities and values in ‘doing our part’. It’s about putting the calls, the needs and the people in crisis at the centre, rather than our own transient discomfort.

Linkedin
RELATED ARTICLES
OTHER ARTICLES
Writers Gracie Mae Bradley and Luke de Noronha take on the callousness of borders, arguing for a world beyond them.
Finland-born photographer Sirkka-Liisa Konttinen looks back on her decades-long documentation of life in Northern England.
The author discusses the all-consuming nature of heartbreak, and turning the experience into an incisive exploration of love and loss.
Freddie Miller’s new series of photographs investigates who today’s trainspotters are and what drives their unfettered enthusiasm.
Photographer Arthur Grace recalls travelling through the Soviet Bloc and finding ways to evade the surveillance of his work.
The singer-songwriter discusses her intimate new project – and the advice she’s picked up across a career as one of rock’s leading voices.